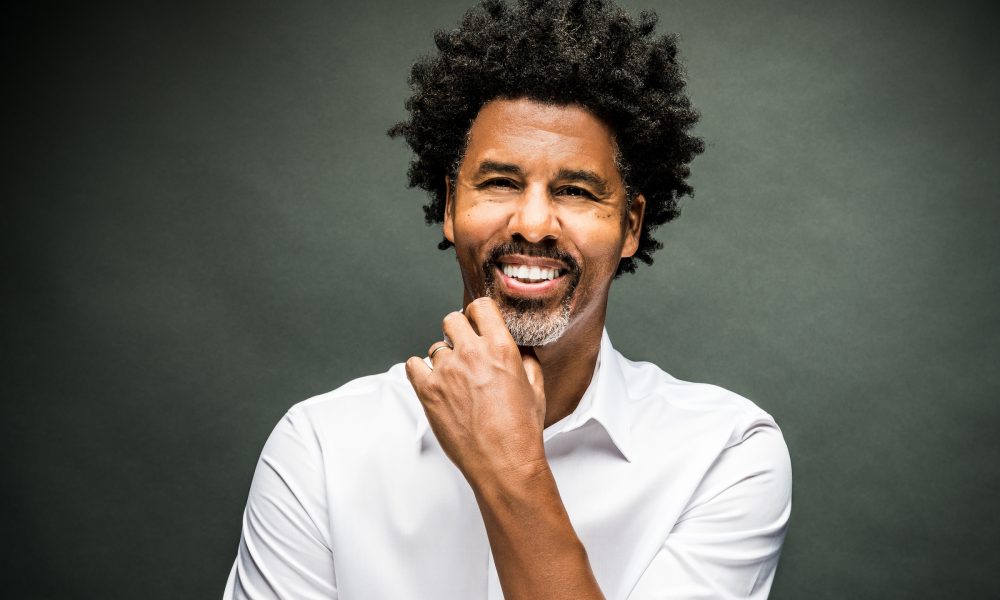 Today we’d like to introduce you to Bradley Rapier.

Bradley, let’s start with your story. We’d love to hear how you got started and how the journey has been so far.
It actually started while on a path to becoming a doctor like my father when a moment at university changed everything.

I was born and raised in Alberta, Canada. I didn’t grow up in dance culture but was extremely active. Along with traditional sports I was crazy about snow skiing, skateboarding and trampolines, and I couldn’t get enough of Bruce Lee, The Jackson Five, or Rocky Balboa. I was also one of the oddballs that generally enjoyed school.

I had an interesting cultural blend growing up. My parent’s roots are West Indian with my dad immigrating from Grenada and my mom’s parents from Trinidad. My mom became the first black beauty queen in Canada at McGill University where my parents met. My dad studied to became a doctor in Scotland. I’ve never lived life through the prism of race, but in context I was the only black kid in my community until the last couple of years of high school when another boy showed up.

Our family was well known in the neighborhood and my mom regularly hosted big parties. However, behind the scenes I was nervous and dealt with some anxiety as my parents were having problems and my older siblings were not getting along. I attempted to diffuse things with high energy optimism, but to no use. The marriage ended and our family imploded along with a chunk of my stability.

Keeping busy was my fallback position. But as I transitioned into university I sensed a growing disconnect between the moves I had been making and the outcomes I was experiencing. Then, the craziest thing happened. A guy named Colin Bloudoff introduced me to a brand new art form called “street dance”. We went to his house and in front of my eyes, he began popping and throwing waves through his body. It was like nothing I had ever seen before. The essence behind his moves captivated me.

Colin began to teach me and a guy I ran track with named Paul Lewis. Before long Colin, his dancing partner Wayne Headley, along with Paul and myself became Streetscape. We were the first dance group to present popping to the nation. We were pioneers, traveling the country, performing on national TV, tours, and specials, while teaching and introducing much of the larger Canadian population to street dance.

Streetscape broke up but I was hooked. I went on to win a Canadian Talent Search and began to perform nationally and choreograph for corporations. I knew there was more, so without knowing how I would get there or where I was going, I officially jumped off the path of becoming a doctor like my father and began making my way towards my “street dance” dream.

I headed to Vancouver and started working with my dear friend Grant Van Dyke. We became the go-to team for hip hop and street dance for everything from TV to film and local live promotions, while having the opportunity to mentor and teach a generation of Canadian street dancers in the process. I connected with an amazing church community and deepened my relationship with God. This was a powerful time for me, but in the midst of it I sensed it was time to step out of my comfort zone by leaving the edge of a familiar circle and moving down to Los Angeles.

Once in LA with a heart to stay I was able to make it through some early rough years. From nights sleeping in my car, studio apartment living with four grown men, surviving on tuna out of the can with a side of ramen noodles, months with cold showers by candlelight as cockroaches ran by as fast as the unpaid bills, and even the bitter lesson of being evicted, my spirits remained high through it all. I could sense progress being made even if that included teaching hip hop aerobics in spandex pants at 7am.

During that time, I took an acting class where I met a beautiful young woman named Joanie Belisle. We were married within a year. That same year, I performed in a Super Bowl Halftime Show that served as a powerful moment for my dad to see the light in the dream I had been pursuing all these years since leaving his earlier dream for me. That was a beautiful moment, but there was still a void in my life circle that I couldn’t wrap my head around.

I had always pictured a central meeting place in LA where the street dance community got together like one big family, but at that time it was nowhere to be found. Faced with this longing, Joanie and I started informal get-togethers on the rooftop of our Hollywood apartment. It was these un-choreographed meet-ups that were the beginning of the shift. With music, food, and dance these gatherings became a weekly happening that we dubbed “Groove Nite.” Dancers traveled from all over to take part. Groove Nite expanded and our weekly gathering became a creative hub, a testing ground and a launching pad for countless dancers. This grew into a movement and played a huge role in the formation of The Groovaloos.

Before long The Groovaloos were being featured as special guests on So You Think You Can Dance, Dancing With the Stars, Ellen, and touring our autobiographical Off Broadway production entitled “GROOVALOO“. I created curriculum and began teaching and lecturing at universities (which dad would have loved), choreographing and collaborating with creatives at the highest levels in the industry from television to Broadway, and was given Creative Director title and responsibilities for the Cantinas Arts Foundation.

This year marked the twentieth anniversary of The Groovaloos. So many highlights from breaking the mold with GROOVALOO, Grand Champions on Superstars of Dance, to presenting another incredible story based performance on the Santa Monica Pier this past spring. The influence the members continue to have as a group and individually is overwhelming. From “Groove Nite’s”, to The Groovaloos, it’s a legacy of groove that I am continually energized by and thankful for.

Through all of these experiences, there has been a clear pattern. It’s the same pattern as when Colin first danced back on the university campus and blew my mind. I relay it in a phrase I’ve been sharing for years, “It’s not the move, it’s the groove”. Whether you’re a dancer or a dentist, if you live your life based on moves, you will run out of them, but when you connect to the larger eternal GROOVE, you can dance through life all day. This simple reality changed my life, and led me to new levels of identity and freedom than I could not have imagined when my journey began.

I am now a GROOVE activator and a passionate choreographer of creativity. I am excited by the endless creative concepts and communities that surround me. Whether producing in projects I’m developing for The Groovaloos, Cantinas Arts or otherwise, I’m driven to build awareness in others of something larger than themselves. That sense of greatness that surrounds us, opens us up to our abilities to connect to one another, brings calm in the storm, and lifts the weight off so that we are truly free to contribute. Through creative productions and activation experiences I desire to inspire people to move from their individual daily grind into the realization of this connected GROOVE THEORY.

Has it been a smooth road?
There have been financial challenges, physical injuries, and other hurdles along the road. But I am a glass overflowing guy. I choose daily to see greatness and the amazing opportunities we have to create, collaborate and contribute. Opportunities to Get in the Circle.

So let’s switch gears a bit and go into the Groove Theory story. Tell us more about it.
Twenty years ago I pioneered a movement in Los Angeles that ignited the community and positively impacted the landscape for hip hop and freestyle dance in culture and media. Now, using my life experiences and powerful analogies from the art form, I guide audiences into the circle of GROOVE THEORY to break people free from self-doubt, anxiety, fear and disconnectedness. Through discovery and activation sessions, I open eyes and minds while taking individuals and teams down new pathways to a Groove Mindset. This Groove Mindset speaks to all areas of life and reveals higher levels of creativity, authenticity, and freedom.

There’s a shift in the landscape. A realization that current approaches to learning, education, business and life itself are insufficient and broken. People feel stuck, uncertain, and trapped inside old models and manuals.

The answer lies in a Groove Mindset. A new approach with the power to radically transform how we teach, learn, create, and live. A Mindset that activates and empowers people past spectatorship into immediate participants. Releases leaders able to lead as they learn.

I believe it’s crucial for all people to step into who they have been designed to be and bring that expression into the Circle, in the context of community, relationships, and the greater collective. From personal experience I know it’s possible to move past anxiety and fears of the unknown into stability and a unique ability to thrive in the unpredictability of life.

A Groove Mindset is a new world lens. You will never see the same, sense the same, approach the same, or engage the same way. Groove Theory is the very approach necessary to acquire this mindset. And now I’m bringing the Groove Mindset to companies, creatives, schools and people’s lives.

How do you think the industry will change over the next decade?
I believe Groove Theory is on the cutting edge of a movement to break people and systems out of linear thinking paradigms. This effects not only how individuals operate but how we look at everything from Entrepreneurship to Education. As we say in Groove Theory, “The Line is now a Circle”. To get past the edge of imitation requires a fresh movement off that edge and into the Circle. This affects everything from art to business to life. So many of the models we have are no longer able to relate or connect with a world that changes every second. From the boardroom to the classroom, it’s time to move beyond a growth mindset into a Groove Mindset.Contact Info: 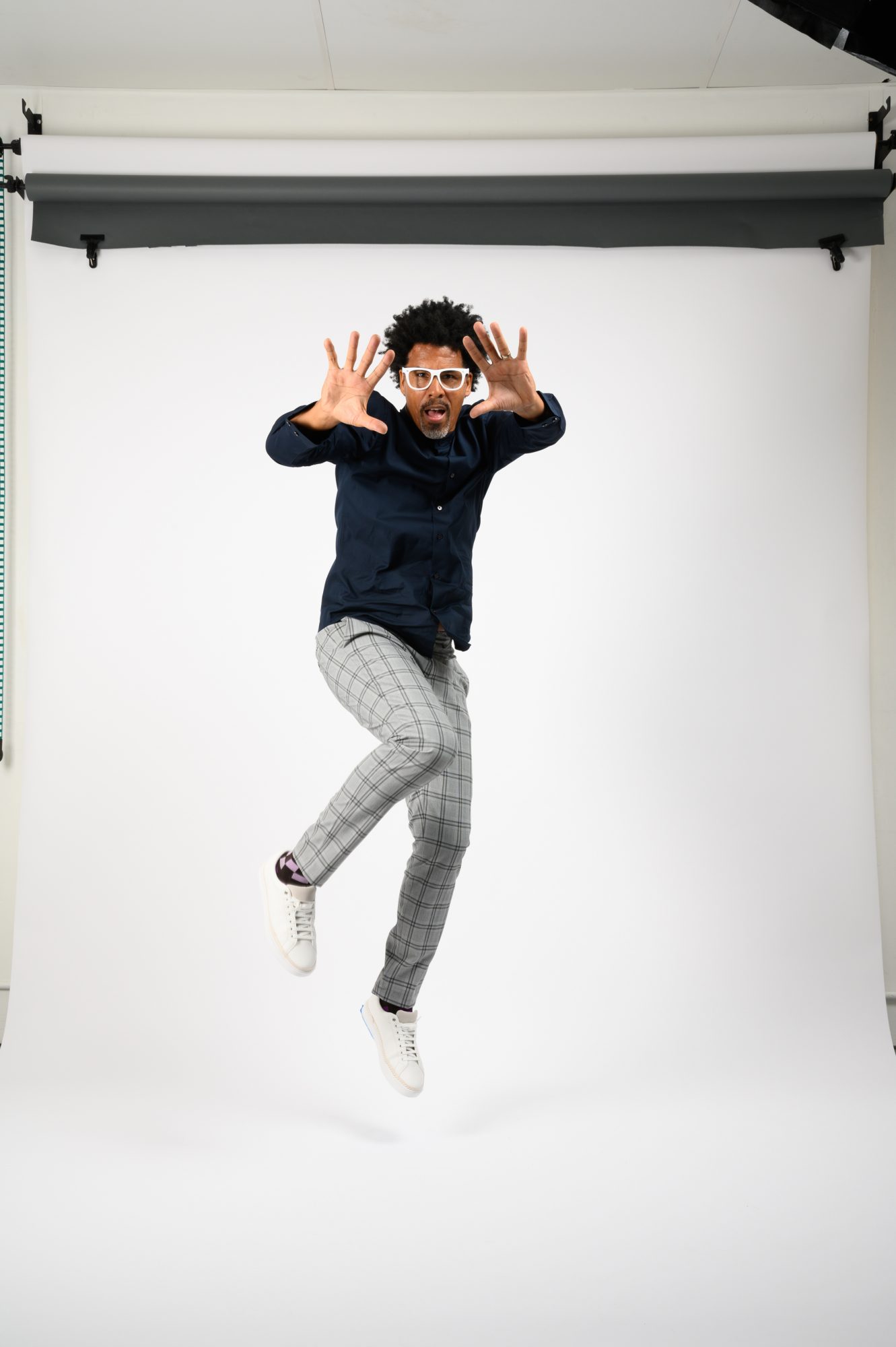 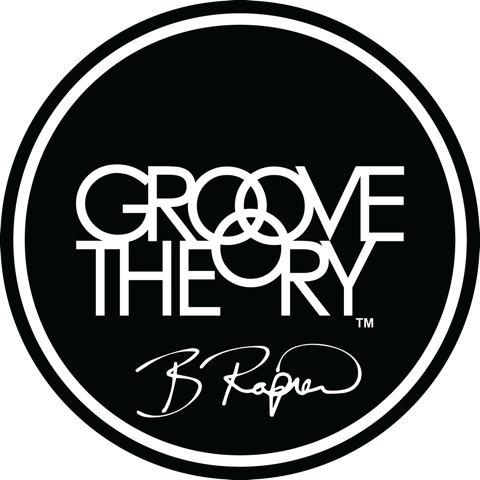 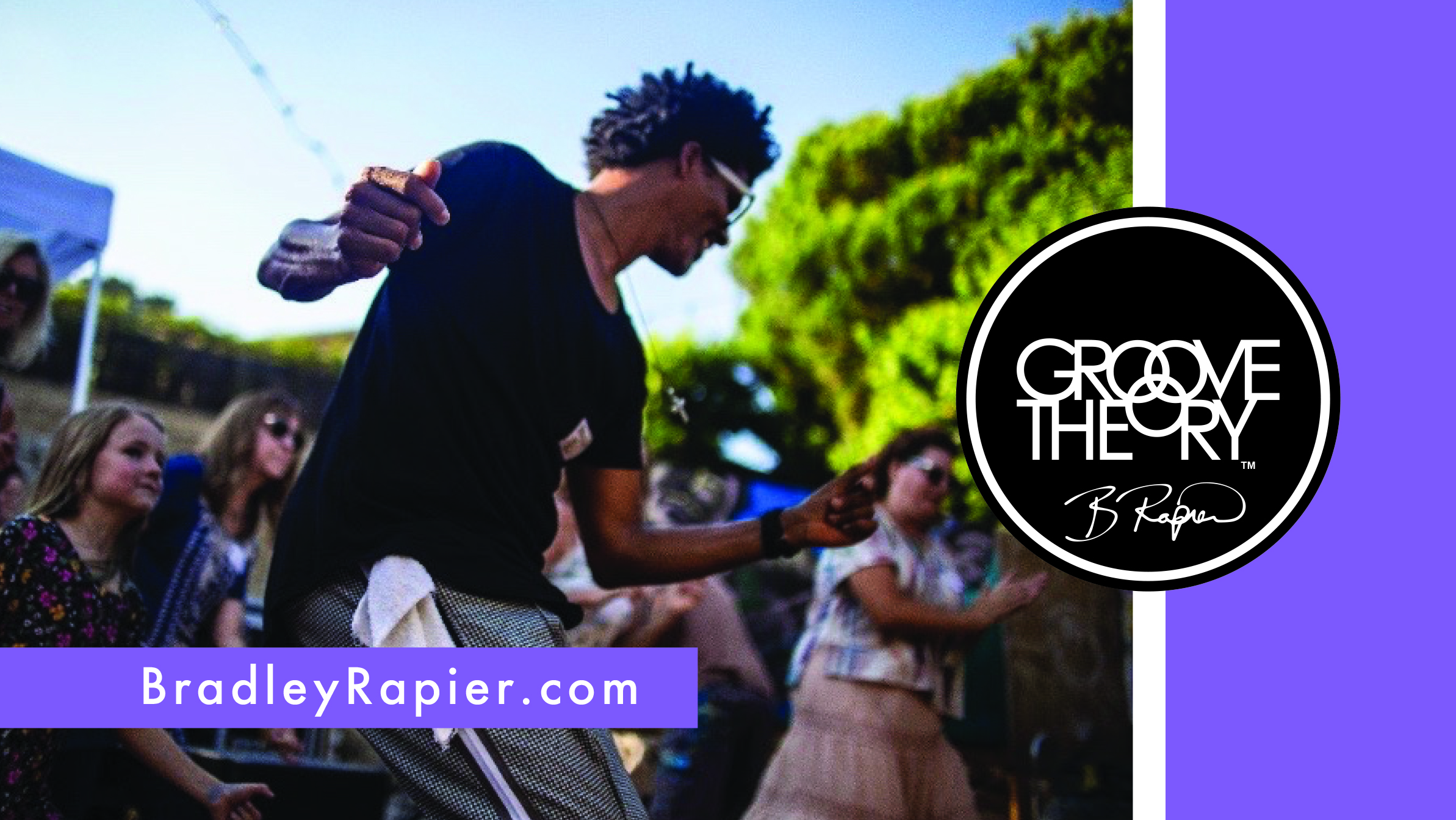 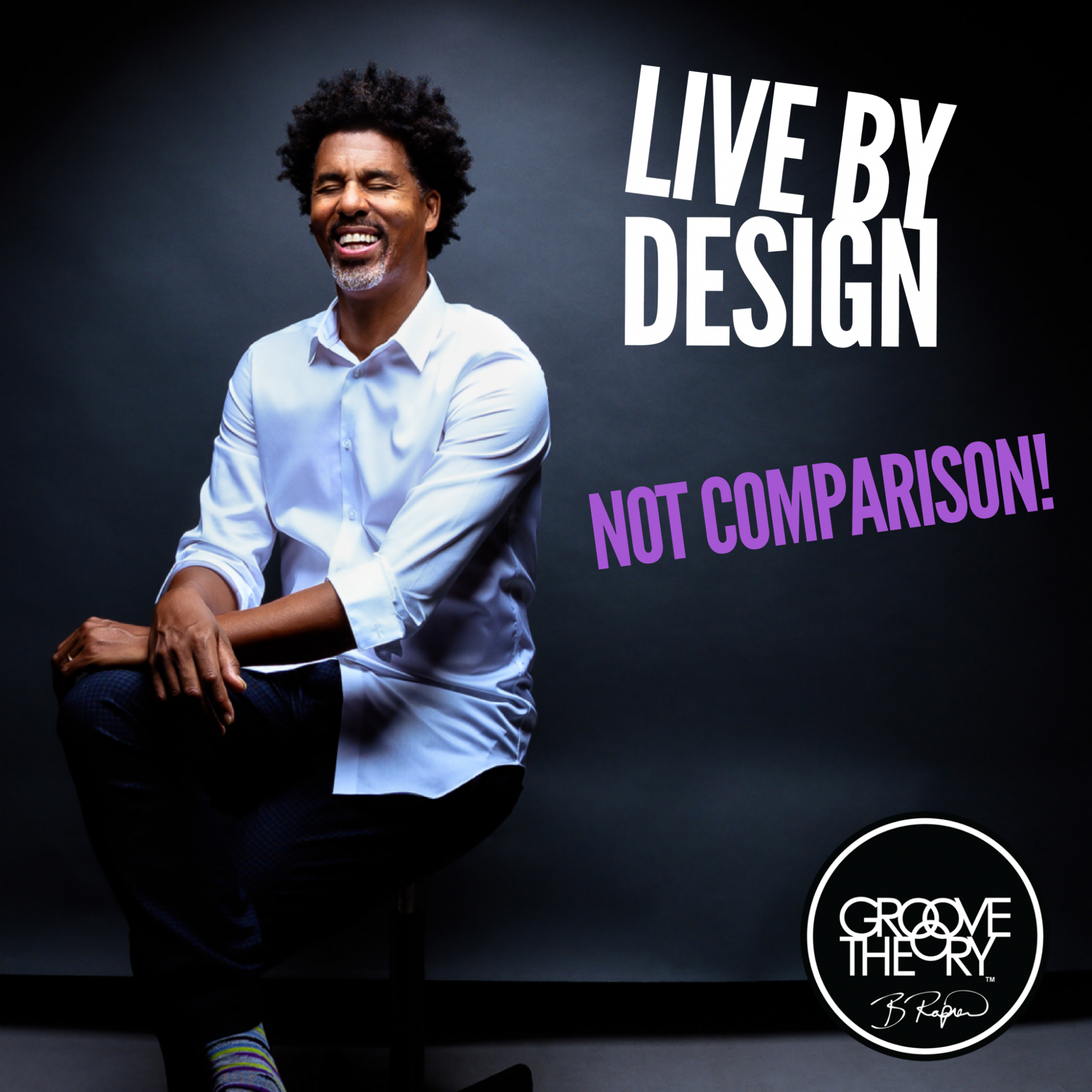 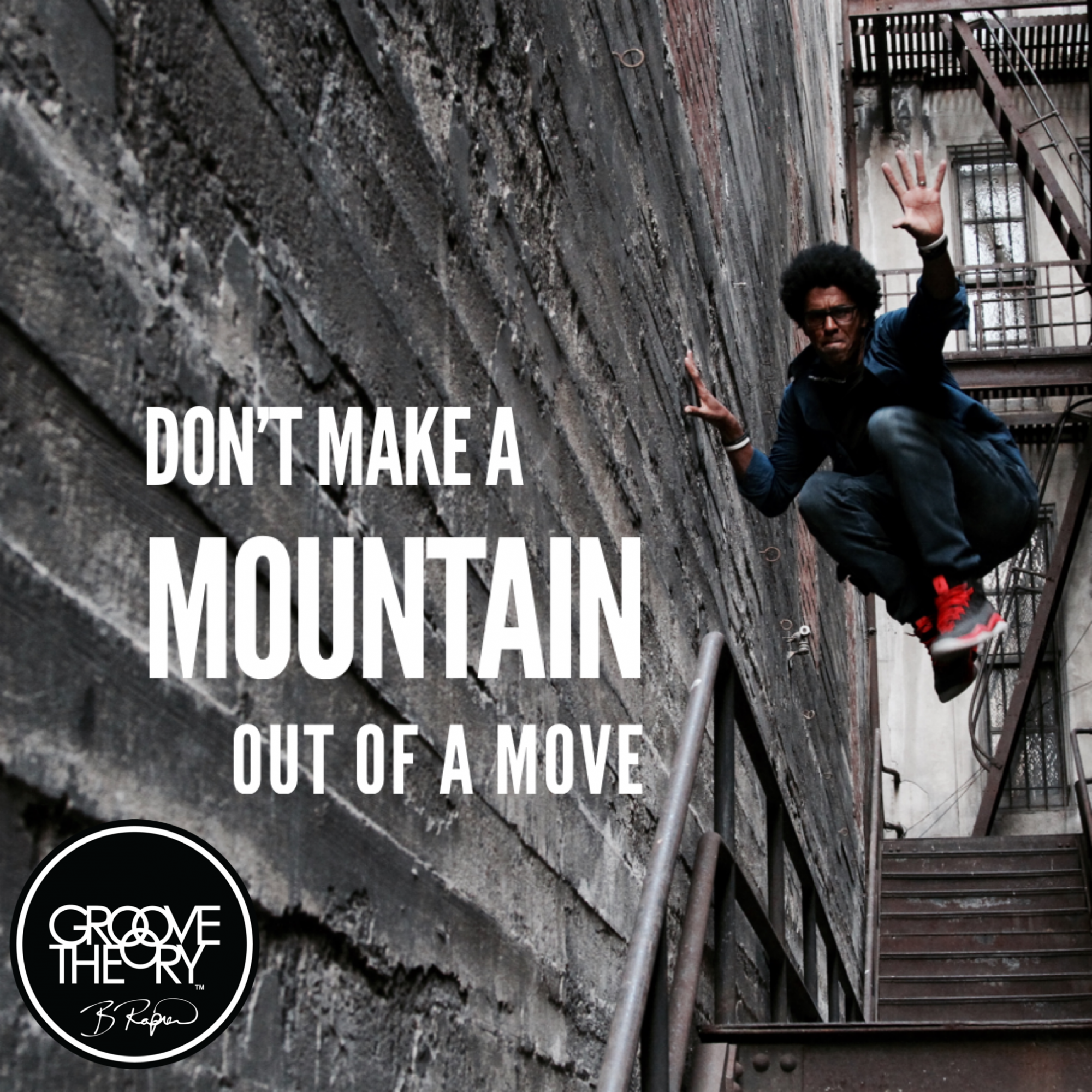 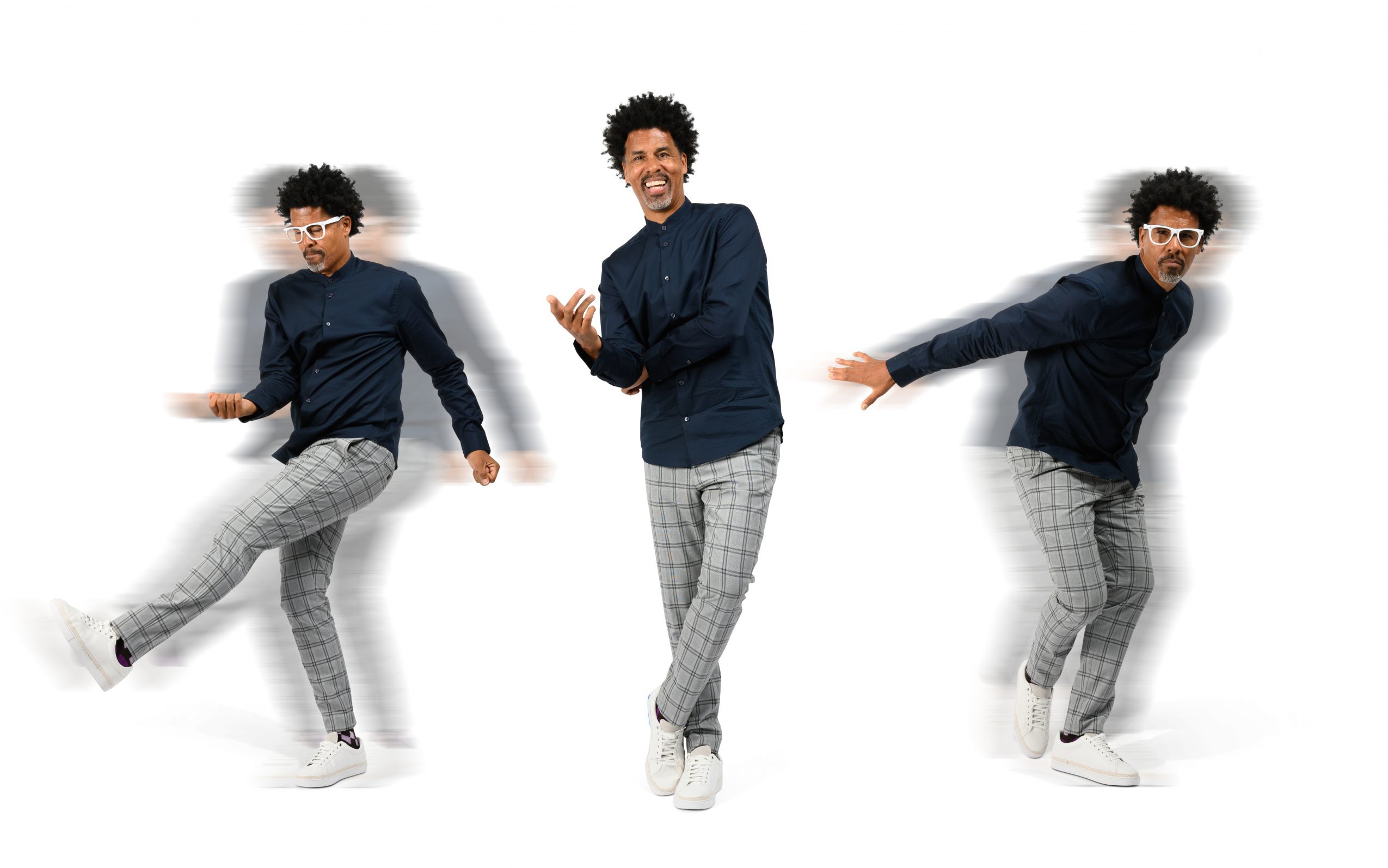 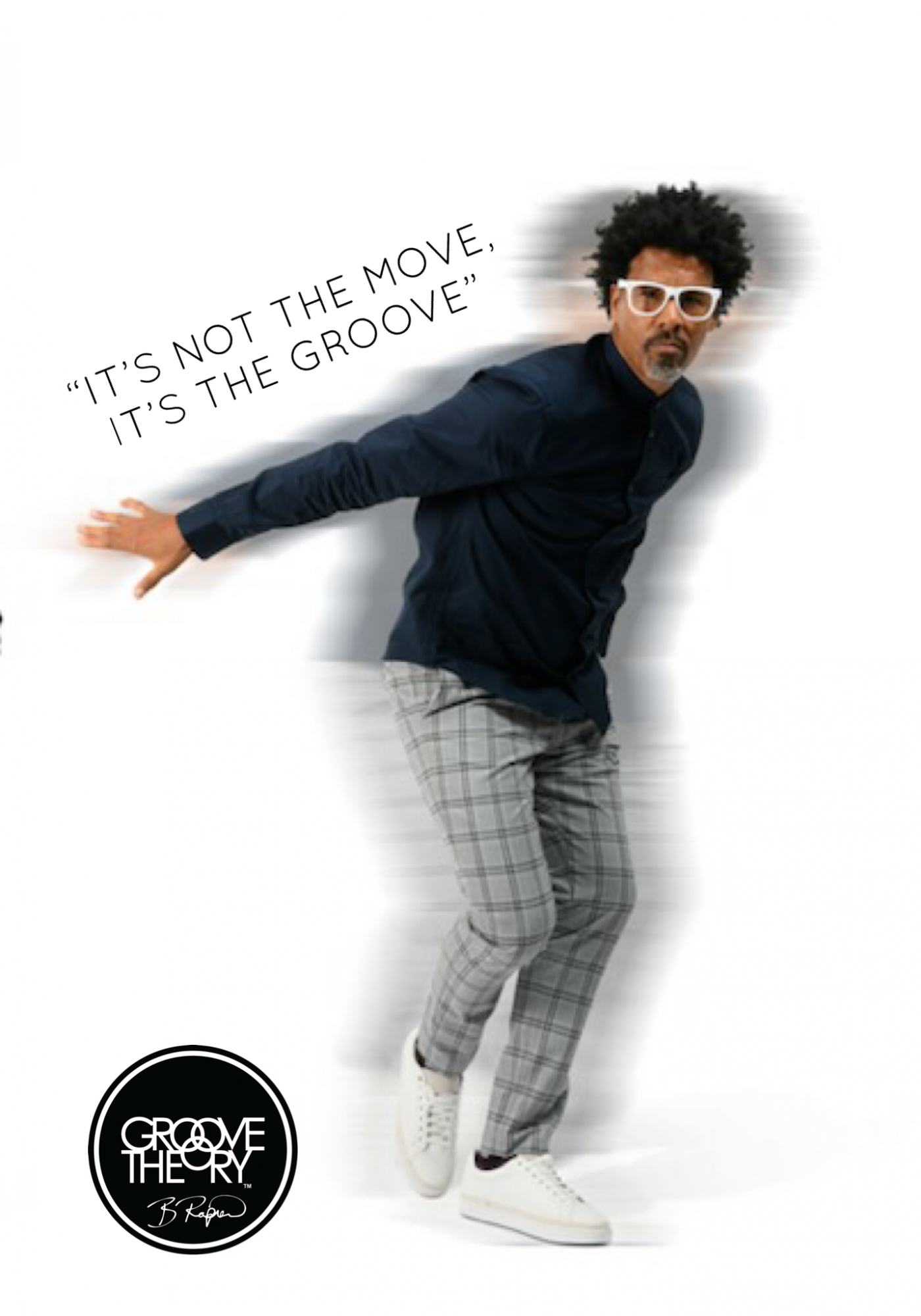 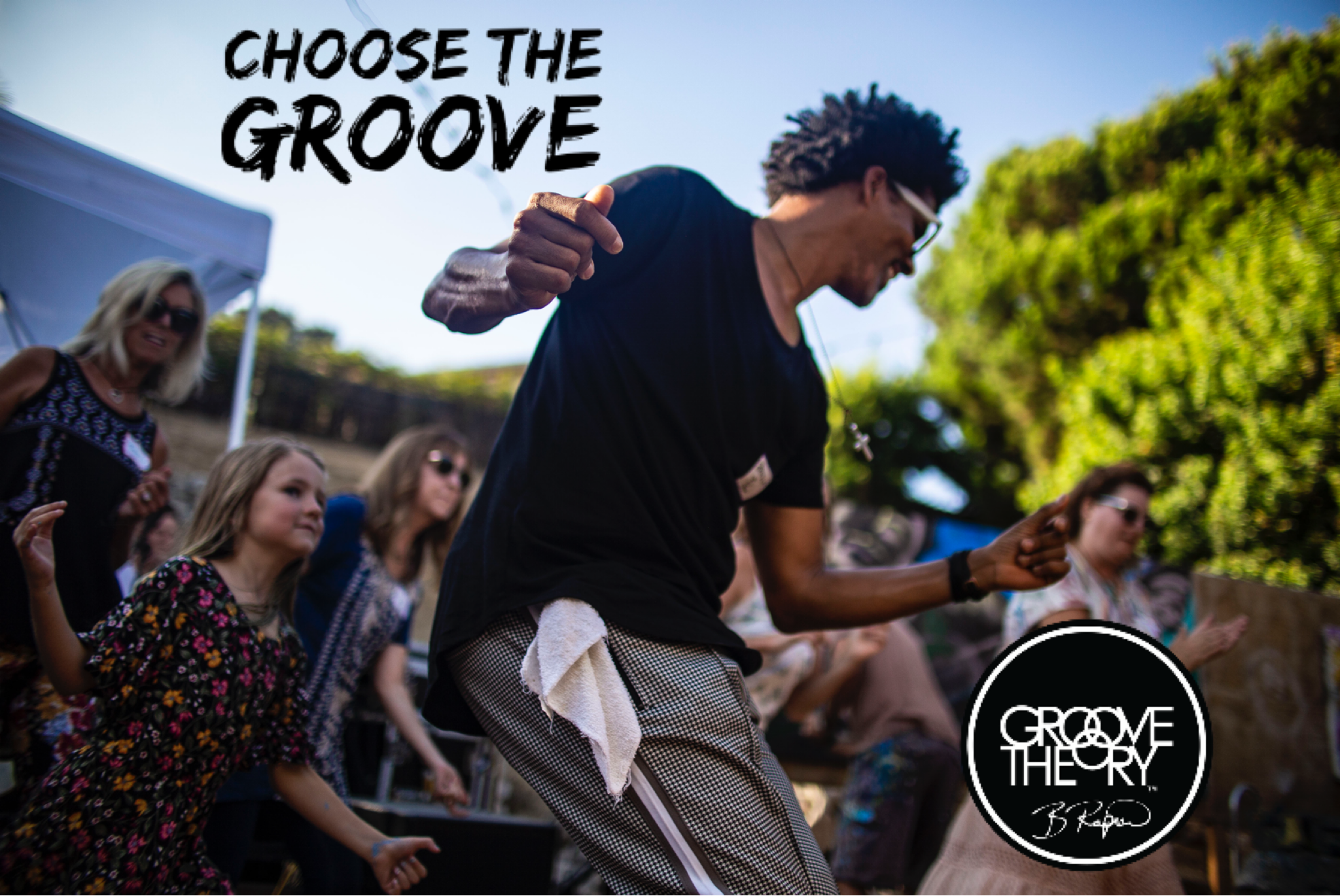 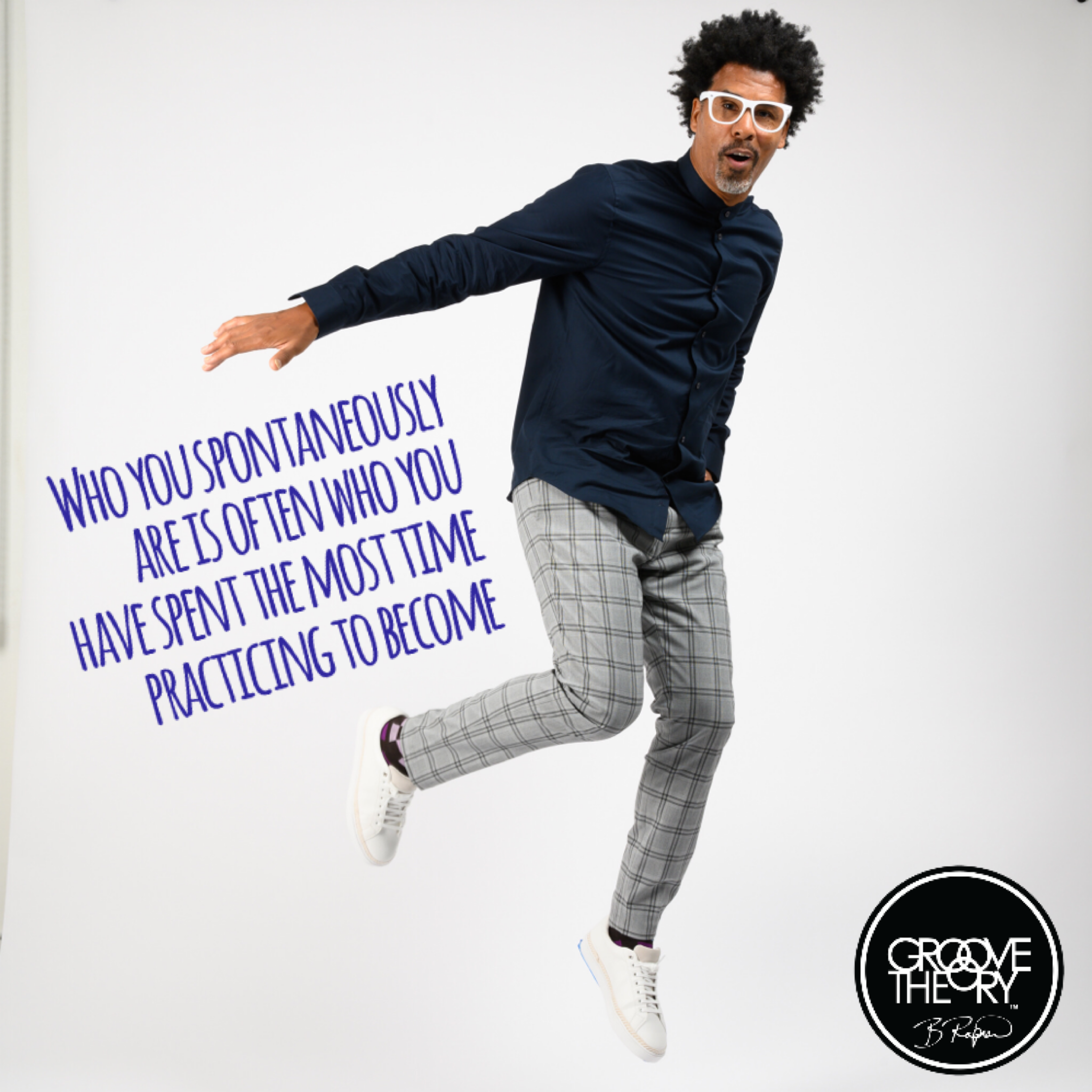