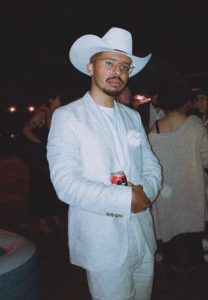 Today we’d like to introduce you to Boz Garden.

Boz, please share your story with us. How did you get to where you are today?
For me, my upbringing in rural Northern California put what felt like a distance between myself and the rest of the world which meant that I was left to do the work of imagining. Imagining what was “out there” and where my place within it would be. I think this beginning is important because–what I thought of as–the long gate between myself and the world was one produced by/through fiction. Which I mean with a sort of metaphysical register but also with regard to the genre category.

While I grew up in Northern California, being born in Arizona and living there for the first years of my life meant escaping to the movies or spending hours wandering through book stores to escape the heat. These became customs of a sort that my family carried to our lives in California. Moving from book to book or film to film introduced me to not only the effect of experiencing art but also the effect of moving through different and imagined versions of the world. Which I think is an approach that appeared in how I thought about my blackness and queerness later on in life.

Coming to LA was the first moment that I felt that had arrived at that “out there” that I had been imagining since I was younger. Only for it to be an experience that completely undid that imagination. Which I am endlessly grateful for. It was here and at CalArts where I found a community and kinship with people, artists, and faculty who challenged me to reconsider what was possible in art-making. That I could and was encouraged to occupy spaces with stories I never thought a sort of public would want to engage with.

Something I came upon during my time at CalArts was Su Ra’s film “Space Is the Place” (1974) and in particular the scene wherein he materializes into to a room full of black folk, walls decorated with the images of revolutionaries, and claims to be from an extraterrestrial council. A vision from the ancestors. The room erupts in confusion and disbelief, meets him with the question of “How do we know you’re real?” to which he responds “I’m not real, I’m just like you. You don’t exist in this society; if you did your people wouldn’t be seeking equal rights. You’re not real, if you were your people would have some status amongst the nations of the world…I do not come to you as the reality, I come to you as the myth because thats what black people are, myths.” This for me is where I’ve come to situate myself: in the intimate bond between being a non-binary Afro-Latinx person and fiction. Living fictively and embracing the radical possibilities of speculation against a brutal enclosure. That being black and queer is living in the space between those stories, those books or films and is also the act of moving about them. Radically refusing to be relegated to a singular narrative and remaining in flux instead. It is from this framework that I have come to approach and understand myself as well as my practice.

Overall, has it been relatively smooth? If not, what were some of the struggles along the way?
While my upbringing developed the frameworks, I carry with me still, I did grow up in a time of intensifying neoliberal late-capitalism under the Bush and Obama administrations. The media being produced in that moment was designed to extend the lifespan of American nationalism and conceal any possible critiques of it.

For me, this meant that the journey to becoming an artist who takes seriously the aims of black feminist abolitionist work was a journey of recurring ruptures. Having to deeply sit with myself several times in the past couple of years and reconcile my outdated assumptions about the world against the kind of work I was being called to do. This meant losing friends, foregoing beliefs, refusing to live within lies that only reproduce the problems I meant to do away with.

The neoliberal optimism of the Obama era was something that, in its racial optics, had a particular effect on me as a black kid becoming in the so-called U.S. Assumed that the world would be different, that the perils of race would vanish, and that I would be free of the terror those before me were subjected to. To learn that this was furthest from the truth, to revise my entire past with these new radical considerations, to learn that I am a myth was both liberating but also heavy work that is still ongoing. That while the world felt so far, the racial and homophobic terror of it would not spare me. To learn that it was not “over there” in some distant place, that it would not be something that traveled to me, or that I could evade but always within and constitutive of the everyday. A brutal awakening but also an ongoing liberation. To dispel the effects of anti-blackness and begin to reimagine the world differently has been something I might not yet have the grammar to describe. Something like but beyond gratitude.

If you had to go back in time and start over, would you have done anything differently?
If everything that has happened to me in the way it did meant that I arrived at where I am now, surrounded by the community I am, I would not do anything differently. 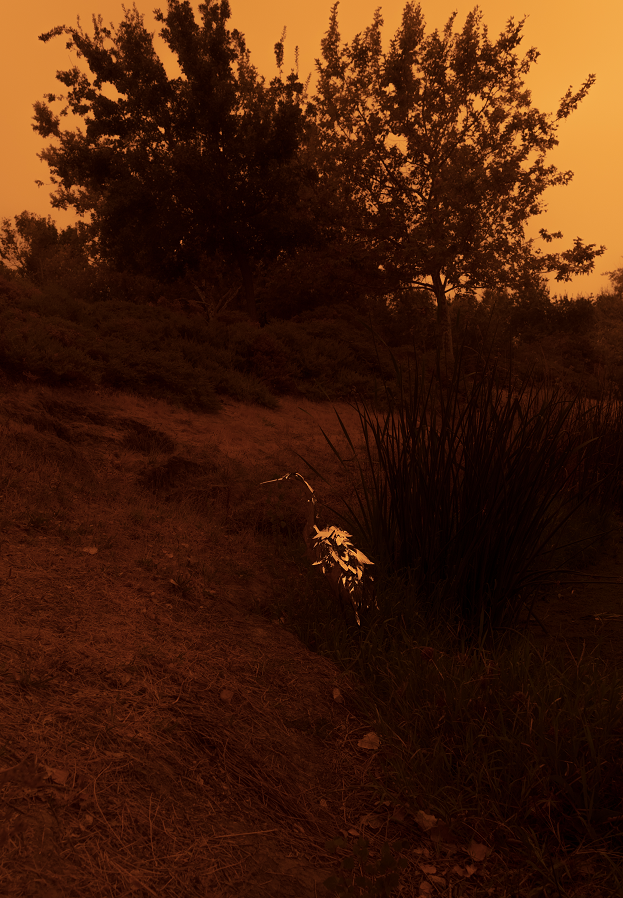 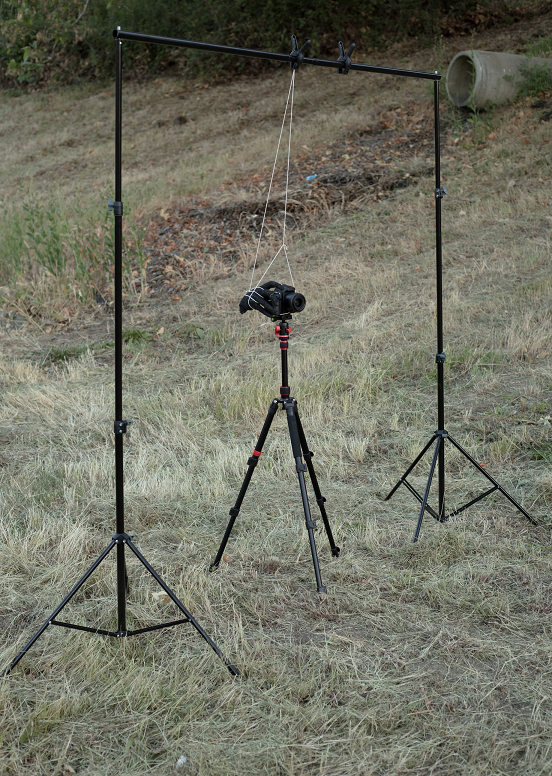 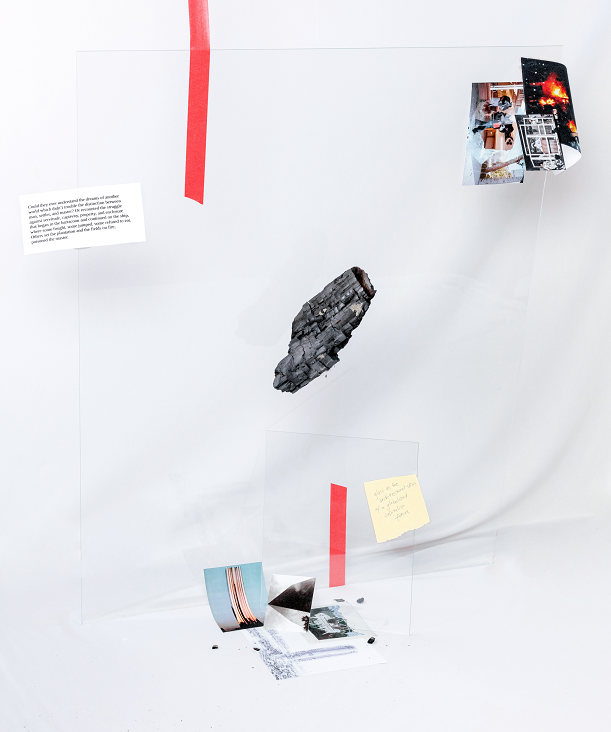 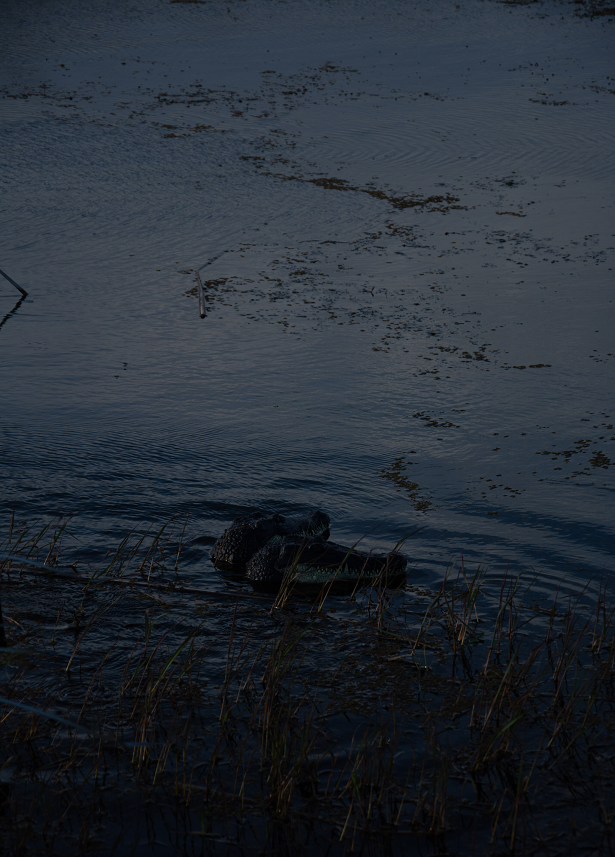