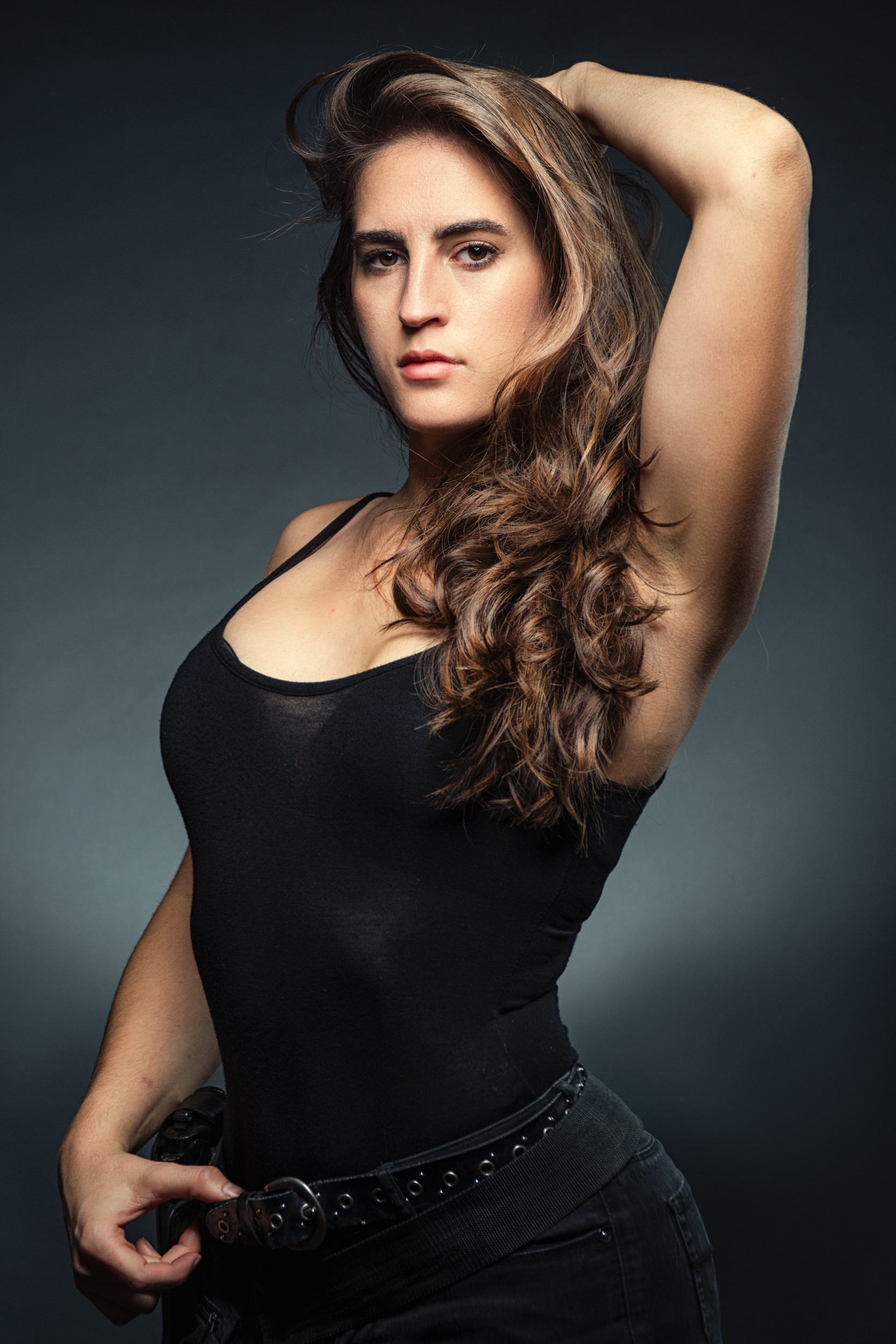 Today we’d like to introduce you to Bonnie von Duyke.

Bonnie, let’s start with your story. We’d love to hear how you got started and how the journey has been so far.
Sounds great! I began my music and film career as a Christian homeschooled kid. I played violin for church services and acted in staged productions along with my eleven siblings in a giant community of homeschoolers. I was not allowed to watch movies and I could only listen to classical music. It’s funny how restrictions like those can shape a person.

My main love was playing the violin as I could perform in many capacities: playing with orchestras, recording for albums, playing weddings, and teaching. I think my favorite aspect about the violin was getting to play with my family. We could read each other well and performing with them was a lot of fun. Music can reach places beyond our words and that has followed me into my acting and filmmaking career.

I got to do other things with my family as well, like boxing. Along with my 8 brothers and mother, I would compete in bouts in Philadelphia and New York. My mom actually fought three times. I have two regional title belts for Muay Thai and Kickboxing. I considered fighting professionally, but when I graduated high school, I decided to dive deeper into my violin playing.

I went to the University of Delaware for Violin Performance and spent many hours learning standard repertoire and technique. It was in grad school at West Chester University that I missed acting. I studied Stanislavski my first year of grad school. After leaving WCU, I went to NIU, AAMDA, and then to several schools in LA like AMAW, Lesly Kahn, and Gloria Gifford Conservatory. I took motion capture classes at MocapVaults and circus classes at Art Flying Aerial.

I lived that cliche LA actor life my first year with all of the wild and inappropriate situations that come with it. My first manager actually yelled at me for not agreeing to do nudity. I think it was my first job offer. It was unfortunate and I’m sure many girls in LA can empathize with that. There’s a quite a bit of predatory behavior in the business, going after the young and the green talent and that needs to change. Fortunately, I managed to do a decent job of fending for myself and making good friends.

I was also able to continue my violin playing getting hired to record sessions for TV, Film, and video games. I love this work. Mostly, I overdub, but when I get a chance to play with an orchestra on a sound stage, I’m in heaven.

I got my first experience on a set in that first year. Thanks to people like Jack Herman, Bill Miller, and Manly Henry and being on shows like Two Broke Girls, Brooklyn Nine-Nine, and Code Black, I got a solid education on single and multi camera sets. I learned what was happening behind the camera and the many many roles that go into making a successful project. My friend group began to evolve as we worked on our own projects together. Whether it was acting, set pa, second AD, and eventually producing, I slowly worked my way through the departments gaining an understanding of what each goes through to do their job well. I think having that understanding, recognizing skill, being open and curious makes me a good producer. As I helped my friends, my confidence grew in developing my own projects.

I combined my love of acting, violin performance, and fighting into one. And, best of all, I continued working with my friends along the way. You can find our videos on my YouTube channel here: https://www.youtube.com/channel/UCizmkDkKiRGSyv74TLwvQVA?view_as=subscriber

I found that I have a skill for not only bringing talented humans together, but encouraging a dynamic that is enjoyable and meaningful. I believe you interviewed Laura Young, SFX makeup artist, a little while ago. She’s one of those amazing humans. I think one of the most life-changing experiences I’ve ever had at producing was in New Zealand. A good friend of mine Amber, also an incredible actor and in a motorcycle gang, was having me play violin for her wedding. She told me “You know you need to do a Lord Of The Rings cover, right?” This girl had her wedding to plan but was adamant about getting my video off the ground. At this point, I had been comfortable producing projects with my team in LA. This time I would need to build a team in New Zealand. In a week.

I flew in with a good friend and started taking as many coffee meetings as possible. Thank goodness New Zealand has such good coffee. Amber introduced me to the very talented Julie Clark, who agreed to lead the art department. Yoson An, an amazing human and actor who’s been on projects like Mulan and The Luminaries agreed to direct. Dayna Grant, who is just a total badass with so much experience in the business, doing stunts for Xena, Mad Max, Wonder Woman, etc, thought that what we were up to was good fun and wanted to help a girl out. She brought her New Zealand Stunt School Ltd and The Stunt Team NZ to help out. David Chan and Alexander Campbell were both our fantastic cinamatographers. Thanks to Alexander Holloway & New Zealand Stage Combat, the Shakespeare globe donated their weapons to our project. Another friend, Patrick, donated his entire extensive wardrobe collection. There were so many more fantastic people on the project as well, and I will forever be grateful to these talented humans.

The NZ experience gave me confidence to level up in my producing and development. Since then, I’ve been producing for other music videos, commercials, and writing my own projects that I’m pitching for TV.

Shonda Rhimes is a hero of mine and it is my dream to do what she does, and also hire all of my very talented friends.

Overall, has it been relatively smooth? If not, what were some of the struggles along the way?
Oh no! As an artist, all the beautifully crafted plans fall through.

Growing up, I thought I was going to be a solo violinist touring with an orchestra. It wasn’t till college that I realized I should have already been playing with orchestras by five years old. By the time that sunk into my heart, I had already spent thousands upon thousands of hours practicing.

It was a heavy blow having to turn down Berklee College of Music thinking as I would continue as a jazz violinist and film composer. The grant they offered me wasn’t enough to allow me to go without also signing a significant loan. And, I couldn’t ask my parents in good conscience to cosign a loan with other siblings to consider.

I continued theater and then film once I moved to LA. I laugh now about how I thought the work would be easy to find and getting into the room was just a matter of being in town. I think that realization hits many of us once we’ve been rejected a few hundred times. This rejection was fuel for banding together with friends to tell my own stories.

We’d love to hear more about your work and what you are currently focused on. What else should we know?
Throughout my time here in LA, my network of talented colleagues has grown. In helping others with their projects, helping them tell their stories, that act of service gave me permission to tell mine. At this time, I am heavily moving into development. And, my network is being nothing but supportive as I grow and shift into this new role.

I am proud that even though I have many areas of interest and talent, I have integrity. I am grounded from being family-oriented because I consider people and relationships first. I am a good leader because of serving the community I work alongside.

Part of my community includes homeless suffering from a mental illness. I am passionate about protecting the rights, personal agency of our brothers and sisters. I deeply believe we as a nation have looked at mental illness entirely the wrong way, and too many have suffered for it. I’d love for everyone to learn a little more about it, and a good place to learn about it especially if you have your own questions is through NAMI or National Alliance for Mental Illness. Check them out here: https://www.nami.org/Home

Any shoutouts? Who else deserves credit in this story – who has played a meaningful role?
I have so many mentors in this business. Kristen Brancaccio of Exit Twelve productions has taught me so much about producing. Darren Bailey is a fellow actor, writer, and comedian. He has been there for all of my success and all my rejections. He is an insanely talented and a loving friend. Ben Giroux has been such a support throughout my career as well. He’s incredible as the Toddler in Henry Danger among other projects, he is also a producer, director, and writer that blows me away. Caine Sinclair, an amazing stunt performer, director, and producer himself is one of the most dedicated and hardworking people I know has taught me to keep fighting. Yoson An, has taught me so much about patience and manifesting and is another beautiful and talented soul I look up to. My uncle Brian Dannelly is a new mentor. We only just met last year and that’s a whole other story, but it’s been wonderful getting to know him and his incredible work on Saved!, In The Dark, Insatiable, etc.

I look up to long time friend Justin Chou and Hope Linton who are both exceptional violinists and individuals. I also look up to my mother who managed to get her PHD while homeshcooling 12 kids and my father who helped her raise us all and manages to be one of the most resilient, hardworking men I know.

I very much look up to Sharon Dunas and Tim Davis who I met through NAMI organization. When one of my family members was diagnosed with mental illness, they brought me into a comminuty that is informed and supportive, and I am currently teaching for NAMI Westside. 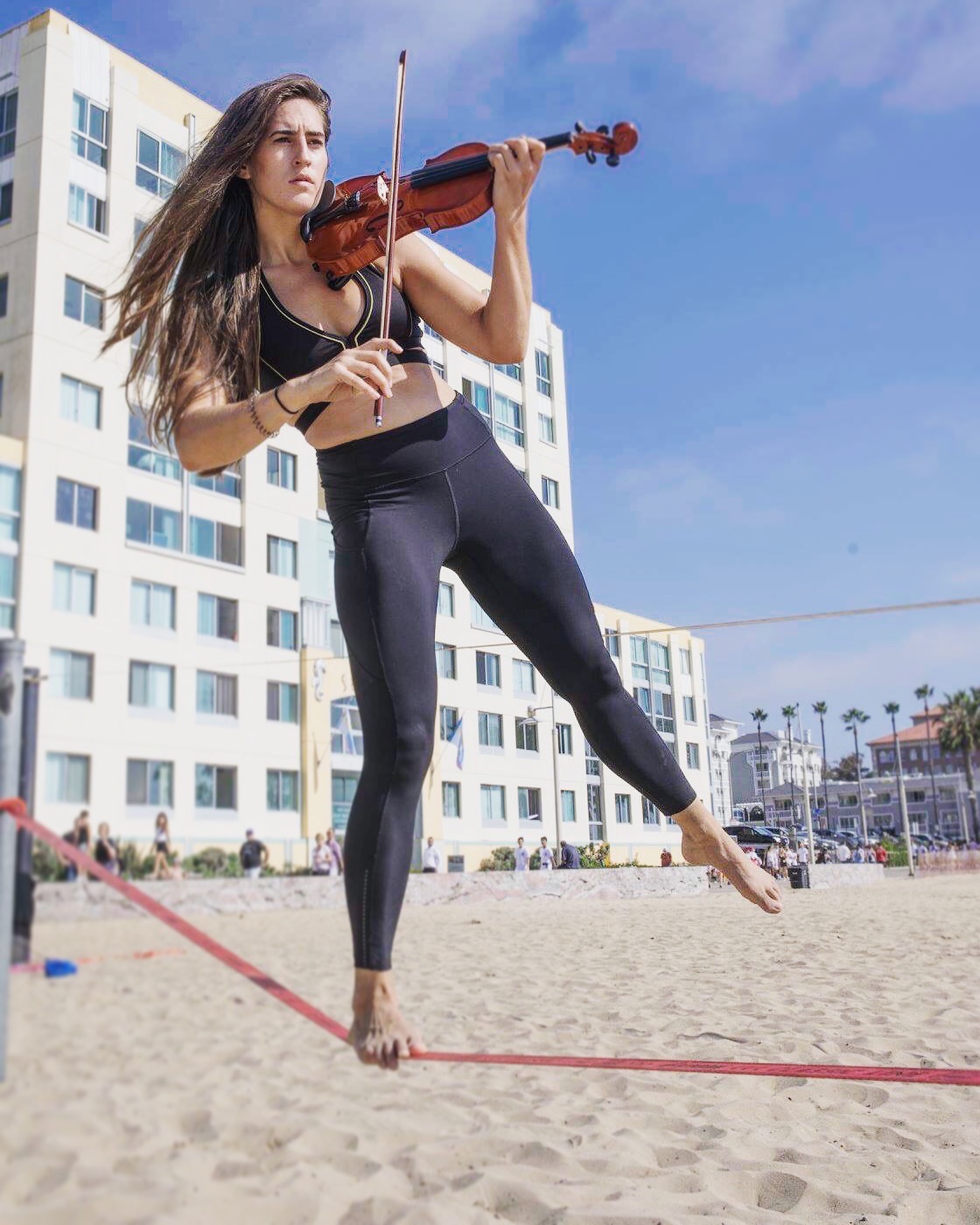 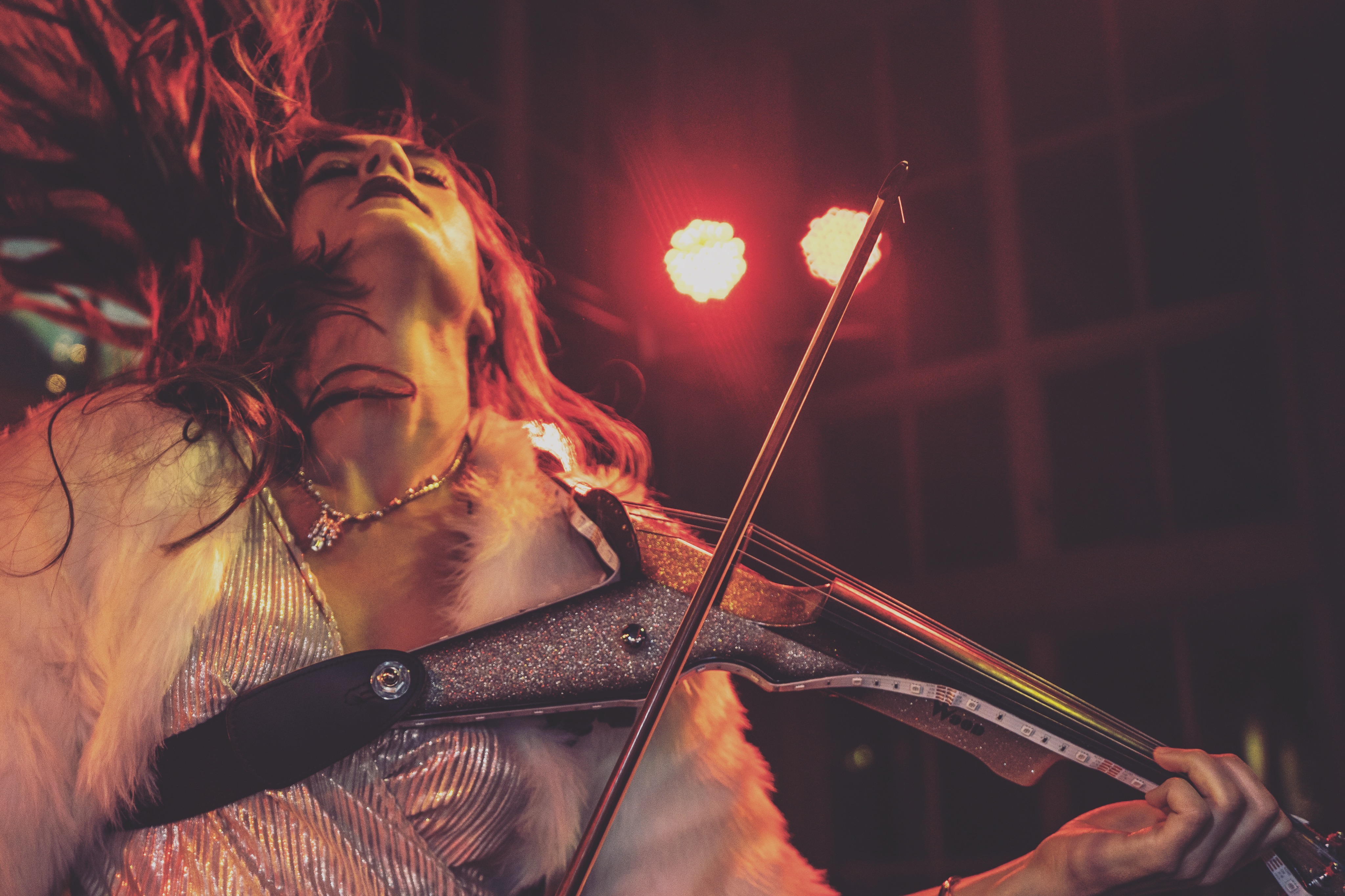