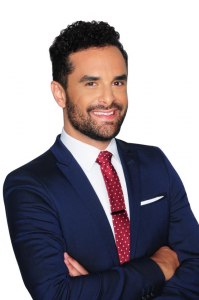 Today we’d like to introduce you to Bobby Gonzalez.

So, before we jump into specific questions, why don’t you give us some details about you and your story.
I studied film and television at California State University, Fullerton. At the time, I was still unclear on what my career path would be, but I knew I wanted to work on the creative side of the entertainment industry. Prior to graduating, I needed to have an internship relevant to my field of study, and I managed to snag one at KTLA, a news station in Los Angeles.

I was hired on after my internship and worked as a production assistant before being promoted to the associate producer of the KTLA 5 Morning News. After a few years, I started to realize I wasn’t very happy at my job and was feeling very unsatisfied. Working in news just didn’t provide the creative outlet I was seeking, and so I began applying to other jobs that seemed more in line with my goals. I found, however, that it was difficult to parlay my experience in news towards a job that dealt more in the creative realm.

At the time, I was simultaneously doing a hobby podcast out of my garage with a friend of mine. We would just toss back a few beers and talk about comic books, movies, and TV. We had a small following, and in order to beef up my resume with as much experience as a “creative” that I could, I put on my LinkedIn profile that I host and produce a podcast. Unbeknownst to me, KTLA was looking to launch their first podcast, and the Executive Director of Digital was scouring LinkedIn looking for a podcast producer to help lead the charge. He came across my profile, saw that I had podcasting experience, and figured that since I already worked there, I was a logical choice produce their podcast. They called me in and asked if I was interested, and of course I was because it seemed like a great opportunity to help create something from scratch, and give me the change I was craving. I produced the first podcast they had in mind, which was a one-on-one interview podcast with one of the KTLA news anchors called “Frank Buckley Interviews.”

Sometime later, I pitched a second podcast that I was passionate about. I wanted to use my position to give a platform where local actors, artists, musicians, and filmmakers could open up about their triumphs, struggles, and everything in between as they sought to achieve their dreams in L.A.’s entertainment industry. I wanted to give them a place where they could share their own stories in their own words. The bosses liked the idea and wanted me to begin producing it to eventually attach an established KTLA personality to host. I turned in a pilot episode of “Spoken Dreams” with me hosting so that I could show what I had envisioned for the show’s format. The bosses liked it and abandoned the idea of attaching a KTLA personality to the show in favor of having me continue to host it. The “Spoken Dreams” podcast has become my baby, and it has been such a privilege to provide a place for my guests share their stories. As far as my job as KTLA’s podcast producer goes, we now have 6 KTLA podcasts, “Frank Buckley Interviews” is now a television show, “Spoken Dreams” is about to break 100 episodes, and KTLA has laid the foundation for a podcast network with other sister news stations across the country.

Overall, has it been relatively smooth? If not, what were some of the struggles along the way?
Building everything from scratch has bee liberating, but also very challenging. There is no roadmap, so everything has bee trial-and-error. I’m basically a one-man department, and while producing the podcasts began as a small endeavor, it has continually grown in scope. I’ve had to learn new skills and refine old ones like audio engineering editing, and social media marketing. Overseeing six shows (with more on the way) can definitely be daunting, and some times it’s hard to keep your head on straight. But It’s always exciting and I love problem-solving — Plus I get my own intern soon, so that should help!

KTLA – what should we know? What do you guys do best? What sets you apart from others?
With KTLA podcasts, we want to provide our audience with content that is informative, entertaining, and engaging. We produce several podcasts of varying topics (Frank Buckley Interviews, Spoken Dreams, The News Director’s Office, California Cooking, Diva Defined with Sheryl Lee Ralph, Tech Smart with Rich DeMuro). Specifically, with my “Spoken Dreams” podcast, my goal is to give local creatives a place where they can unabashedly share their journeys and talk about their ambitions. Breaking into the entertainment industry is not easy, and I want to do my part to help elevate their work, while also hopefully inspiring others to have the courage to pursue the things they love.

I also think people just want to be heard, and one of my guiding principles for the podcast, and in life, is empathy. One of my proudest moments doing the “Spoken Dreams” podcast was when a guest gave an impassioned recounting of how she was the target of bullying and racism in high school. She sent me a text the day after her podcast episode was released to say that some of her classmates had reached out to apologize after listening to her story, and recognizing that they may have contributed to the bullying she mentioned. That was special to me because while the podcast episode didn’t necessarily help her get cast in the next big movie or bring attention to her screenplay, it helped her reconcile her past.

What is “success” or “successful” for you?
In this business, it’s easy to measure success by download stats, subscribers, and ad revenue. While I’m privileged to be doing this for a Los Angeles news station with a large, built-in audience, I prefer to measure success by the micro-interactions. Any time someone tells me they enjoyed an episode they listened to or leaves a nice review, or when a guest reaches out saying their appearance on the show helped them out in some way, that’s what means the most to me. I feel most successful when I’ve helped someone else be successful. 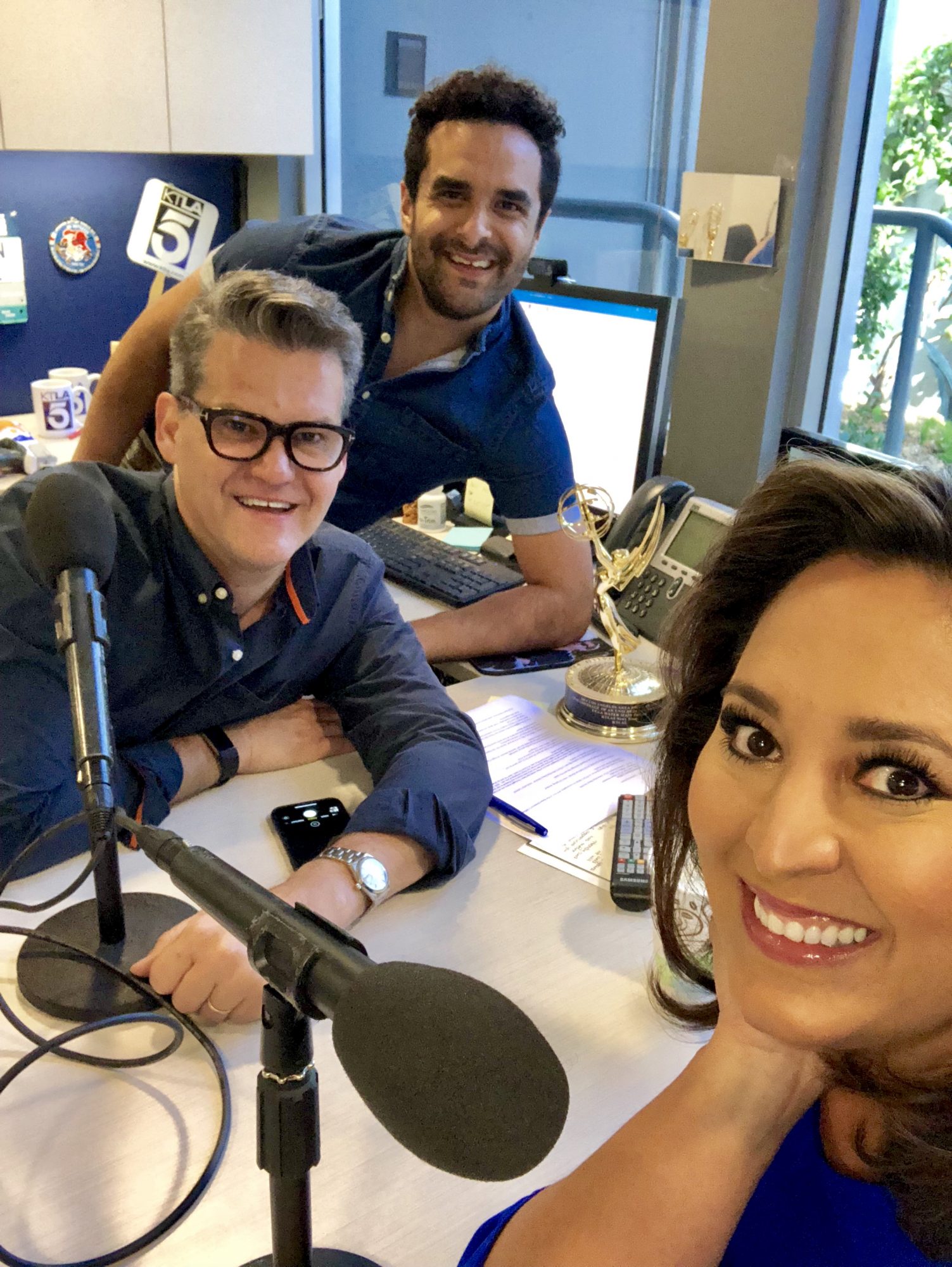 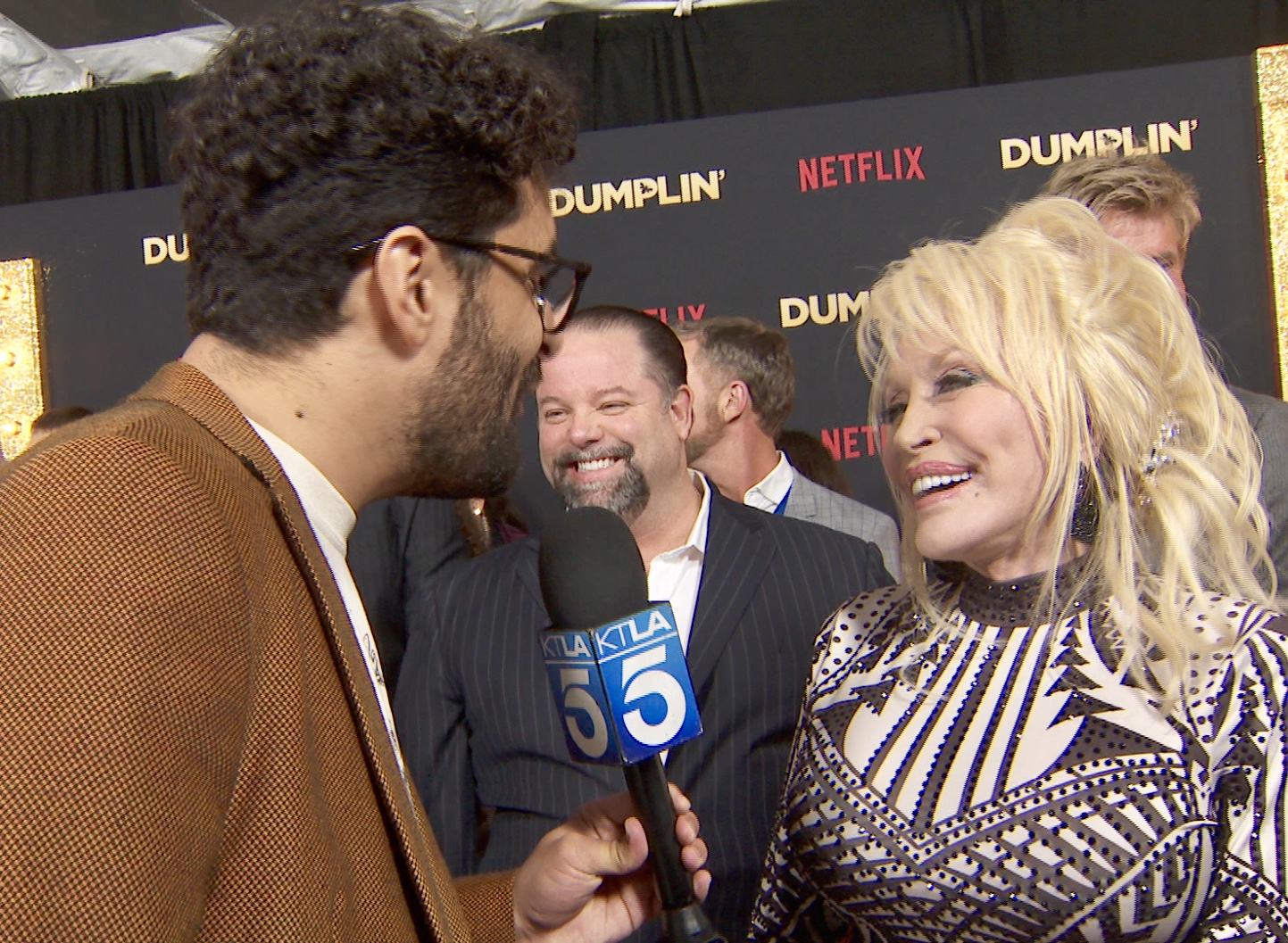 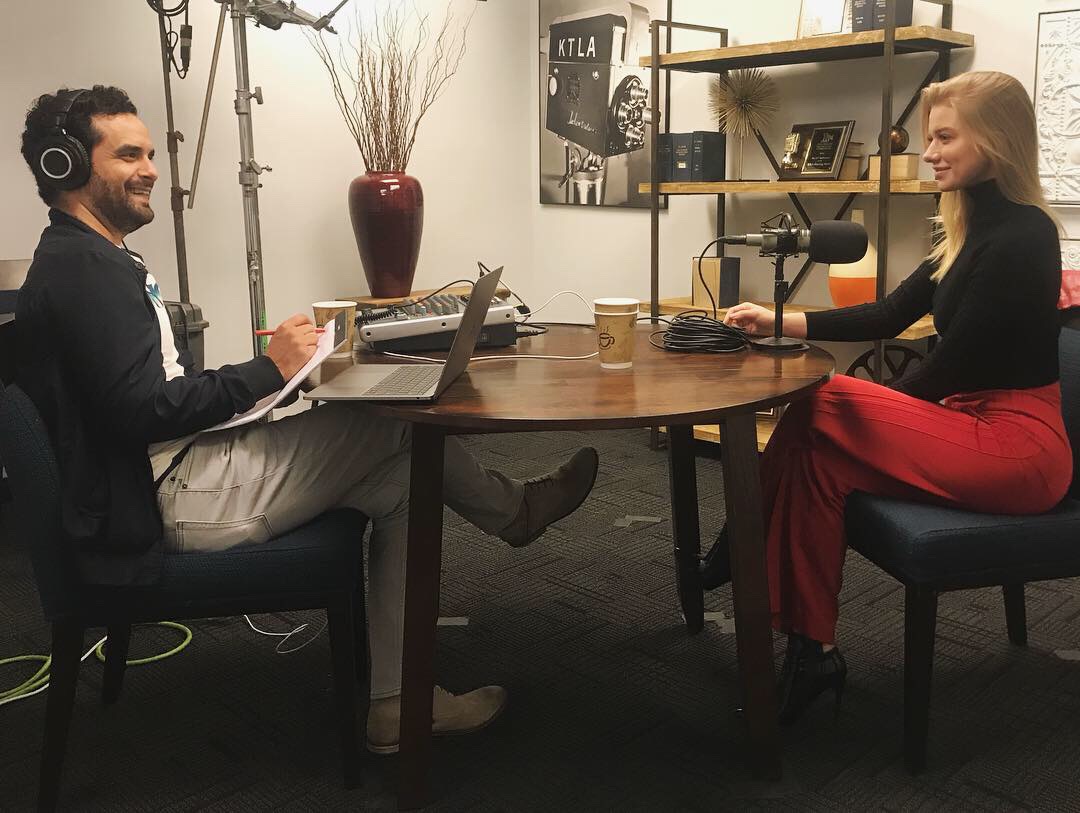