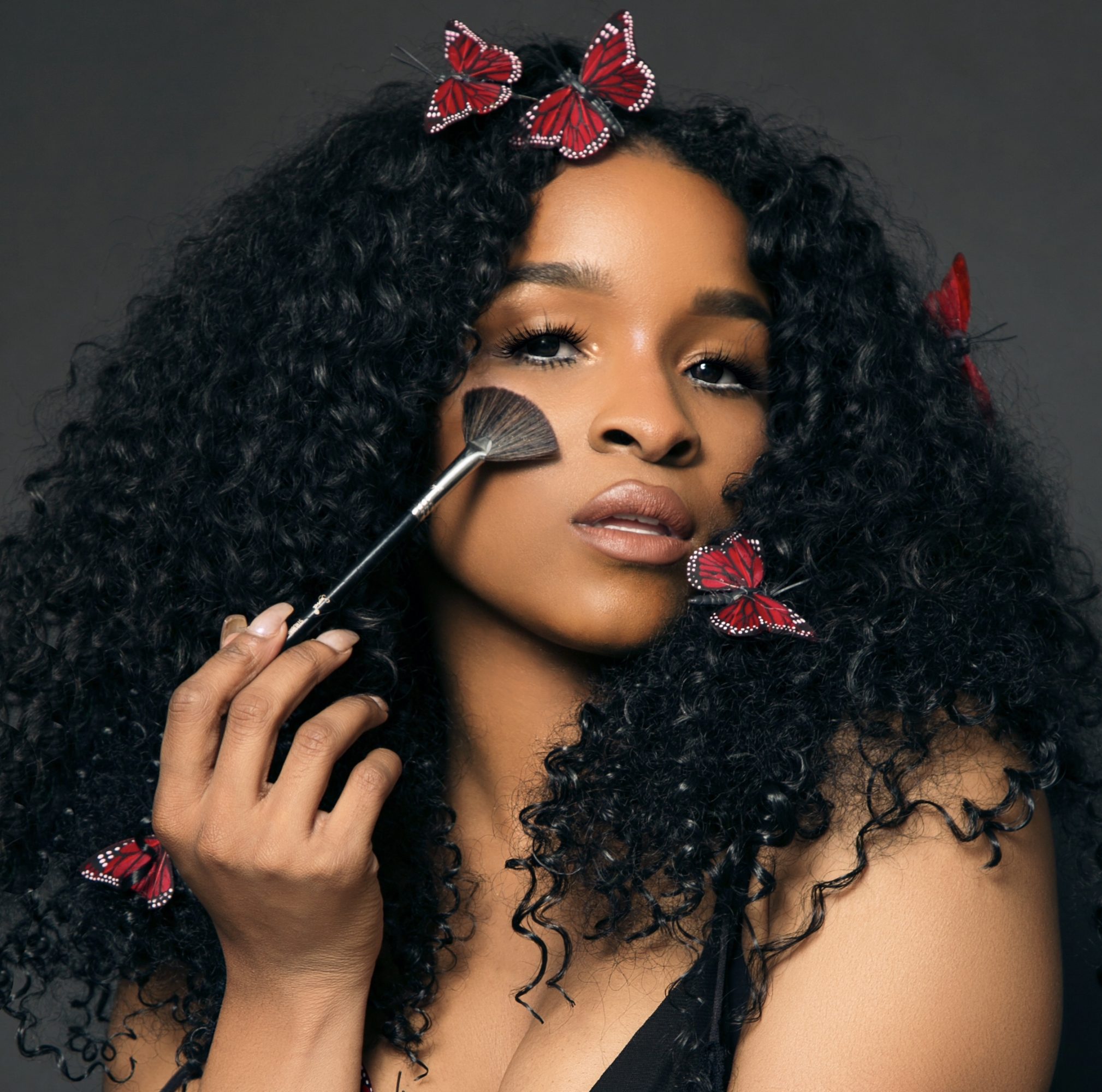 Today we’d like to introduce you to Bobbie Riley.

Bobbie, please share your story with us. How did you get to where you are today?
As we had a pretty busy household, my parents had us in all of the activities you could think of from sports to dance but my mother and nana started to notice I would print out my cartoons and draw them and that I would often ask for pastels and paint for Christmas, so they put me in fine arts classes, camps and brought me thousands of sketchbooks. In theatre, I loved the way the face makeup/paint smelled on my face as we readied for our performances. As a girl, of course, I couldn’t help but play in all my mother’s fashions & her makeup vanity at a very young age… I loved the smell of her lipstick from what I could remember she wore “Frost” from MAC with a chestnut lip liner it smelled like vanilla. Then came recital, which is where I became familiarized with my yearly beauty routine, I loved the feeling of getting ready and transformation. It all cycled into one for me art was art.

Later on, in my early teens, I became displeased with how other people would do my hair so I would sneak my mother’s straightener and give it one good round when my mother allowed me to start washing my own hair, I asked her if I could start doing it myself completely. My Christmas lists became filled with Barbie mannequins and American Girl Stylist Set.

Still even then, I never have seen this as a profession. Come middle school, friends of mine would visit my house or ride the bus with me from school just for me to do their hair or makeup on occasion & as high school hit, I moved in with my older sisters in Los Angeles, CA and was surrounded by peers that were in the entertainment industry. We’d play makeup for fun and make Facebook portfolios and little photoshoots.

Sophomore year, after paying rent in cleaning for the last year with my older sisters they said, “Okay, you have to figure out what it is you want to do… you’re great with hair and makeup. You need to start taking the initiative to take it seriously so that you can start bringing money in!” They began referring me to their friends for dance and acting headshots and taking me on set to meet the makeup artists. As me and my sisters embarked on our music career, makeup started to generate me a little bit of income.

When we shot our first EPK, my sisters couldn’t help but put me on front street and connect me with the amazing makeup artist we had, Joanna Simkin, we mingled and she took me under her wing to shadow her on a job she had in LA not long after, the J. Cole “ Workout” Music Video. I ended up doing the hair on all of the models and helping to clean Joanna’s brushes. Throughout the years, she has still given me great counsel and support.

Not long after that, I accompanied my sister to a dance job she had on set and I was introduced to DeeDee Kelly, who became a makeup mentor to me, showed me her artistry tips, took me on TV sets with, plugged me for work and showed me lots of “wax on wax off” tough love. I can remember vividly at 6 am saying I was too tired to take a job because I stayed up all night (silly teenage me) and she called me and said, “Look you have to decide if you want this for yourself or not.” She definitely brought out a lot of discipline, professionalism, experience, & maturity tranquility to my on work presence. I can remember her saying to me at 18 when I was on set for TV productions with her, “Don’t tell anyone your age ok? I want them to respect you.” She definitely was like my Fairy Glam-Mother.

Once I graduated from independent studies high-school, I was completely pumped to be college-bound. I started a program at the Aveda Institute Los Angeles where I studied Cosmetology. After 10 weeks of books & a few months on the floor, I became intrigued with cutting and esthetician-ship but completely bored with blowouts and fearful of bleaching and terrible smelling perms. As the holiday was ending, we started shopping our music to labels and it seemed like we were about to hit big so I left during my second semester on a leave to New York but came home with deflated dreams, the music didn’t stop there we went back to the drawing board and got back in the studio, between recording and my part-time retail job I began to build my book and clientele. I started to make my own connections as well as still getting referred from friends, clients and DeeDee so that I could beg to spread my wings a little and gain independence in my artistry. As work came and went and my music career peaking, I found the freelance world to be inconsistent so in between recording an album with my sisters I began my job at Nordstrom’s… a couple of months in still on the rollercoaster of the music industry, I took a job working for a reality show which kept me busy for the summer which connected me to a new mentor in my life who actually is the reason I even got the job, Tai Young. Before she even saw my face. She believed in my talent and began passing me off to clients she couldn’t take as she started to build her product brand. I felt seen and she was so graceful with me, little critiques, lots of trust (I mean, she was referring me to her celebrity clients without even seeing my face) after observing my work as time went on, we talked more often. As me and my sisters separated from living together, I applied and was hired as their Beauty Stylist. Makeup became just a bit more serious to me, with high sales goals and rubbing elbows with dream brands, I fell into the abyss of my passion for makeup artistry. Client after client… I started posting and the freelance jobs were coming back-in. Between Tai and myself, my freelance career started to take off.

Opportunities I couldn’t pass turned into fake sick days and eventually stepping down from position out of frustration and not as much focus on building myself in a retail or 9-5 setting. I had big dreams but no room to accomplish them, as I began to step away from the stylist position I met some of my biggest inspirations, the turnkey to who I’d become and it took me all the more further. Wheels were turning, though I longed for consistency to sustain my vision and what will become my future. I have continued to elevate as an onset and celebrity hair and makeup artist.

Has it been a smooth road?
I could never say that it hasn’t come with its own challenges in many ways, being a makeup artist and working on set is not nearly as glamorous as social channels make it look. Tons of long hours, fighting for consistent income (which means having a 9-5 or odd jobs in between) being your own negotiator, mediator and having boundaries.

I can say that age has definitely been a huge adversity to be respected and just that I feel there is a hunger for our artists to have more work or more channels to actually activate their potential and breed avenues for consistent work so I do feel sometimes there is cattiness behind those that are succeeding and I do feel it’s unfortunate. Early on it effected me but now I can ignore it!

We’d love to hear more about your business.
Bobbie Riley Beauty is building out to be more of an onset/press experience. I actually saw myself or aspired to be more of a celebrity makeup artist but it just hasn’t really been my lane. I have a select amount of private clients/events but predominately I work with commercial companies now.

I specialize in catering to my clientele and delivering a positive, satisfying and uplifting experience

I am the proudest work wise of what I’m doing currently, II fixed the original Michael Jackson Thriller Mask to the Mask that was given as memorabilia to the Jackson’s to commemorate the video and doing SFX makeup and costuming for their Halloween event, working with PopSugar In LA for different ad campaigns and fitness videos for the last few months, Teen Vogue as well as Vanity Fair for a commercial ad campaign & shot a pretty cool beauty tutorial ad campaign that will most likely be releasing over the holidays.

What sets me apart I believe is my commitment to deliver clients’ needs completely and not just making it selfishly about my artistry or what I want. Probably also my age as far as what I’m doing, my ability to create solid relationships with different productions and brands & consistently educating myself on principles that help me expand myself as business and reach to my higher goals. I would say lastly, that my mission to help other artists and get them jobs and create experiences for them that they won’t forget is a huge separation from a lot of people in my industry but I do seek to pay forward all that was given to me.

Is our city a good place to do what you do?
Los Angeles is a great place to be in the beauty industry if someone was starting out, I don’t know if I’d recommend being here necessarily because I believe you can start anywhere and also that the costs of living and lifestyle of Los Angeles isn’t for everybody. I think that they’re being more channels of opportunity and education for artists centralized around building up themselves freelance would definitely improve the quality of the beauty industry in Los Angeles! 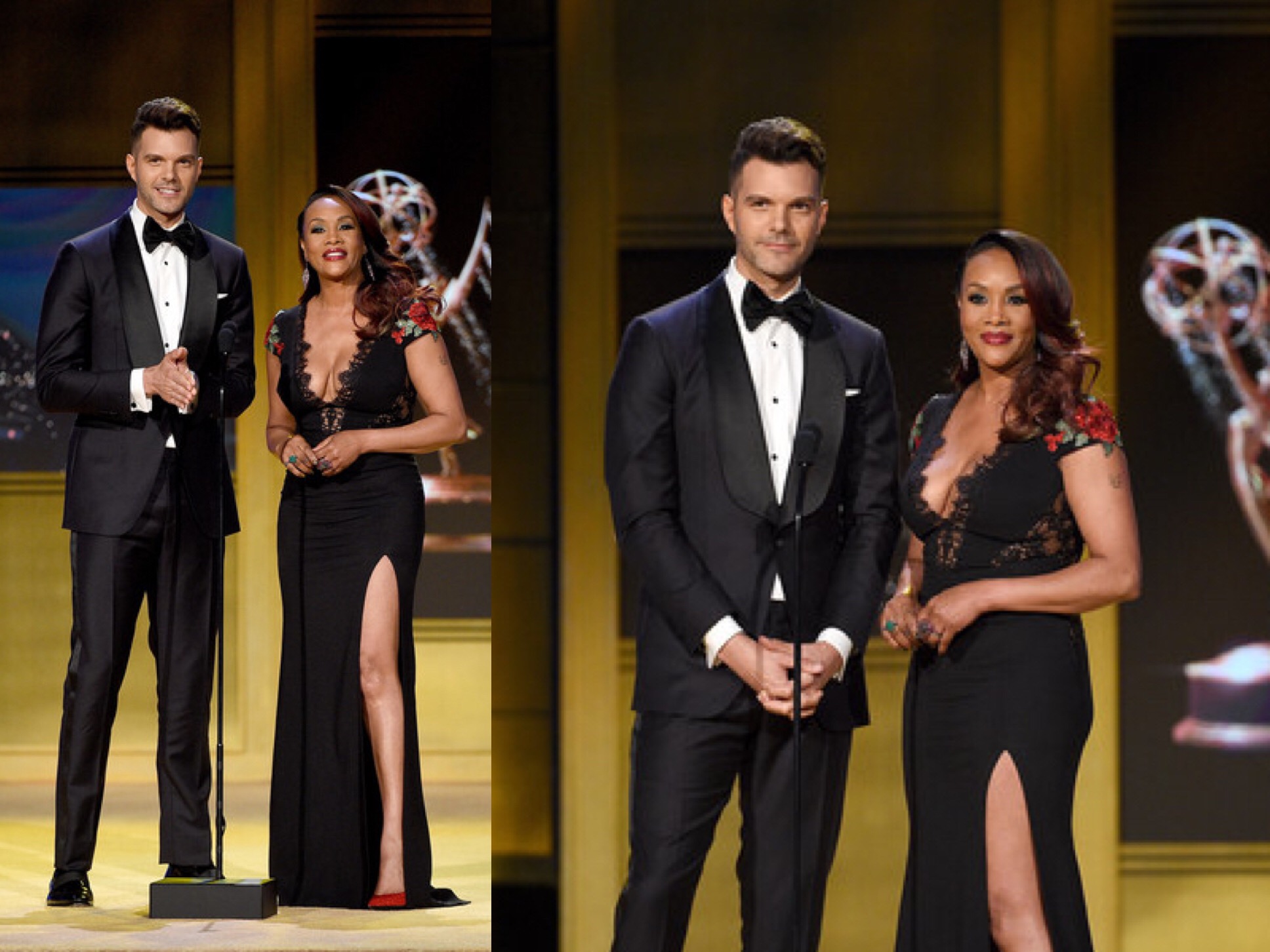 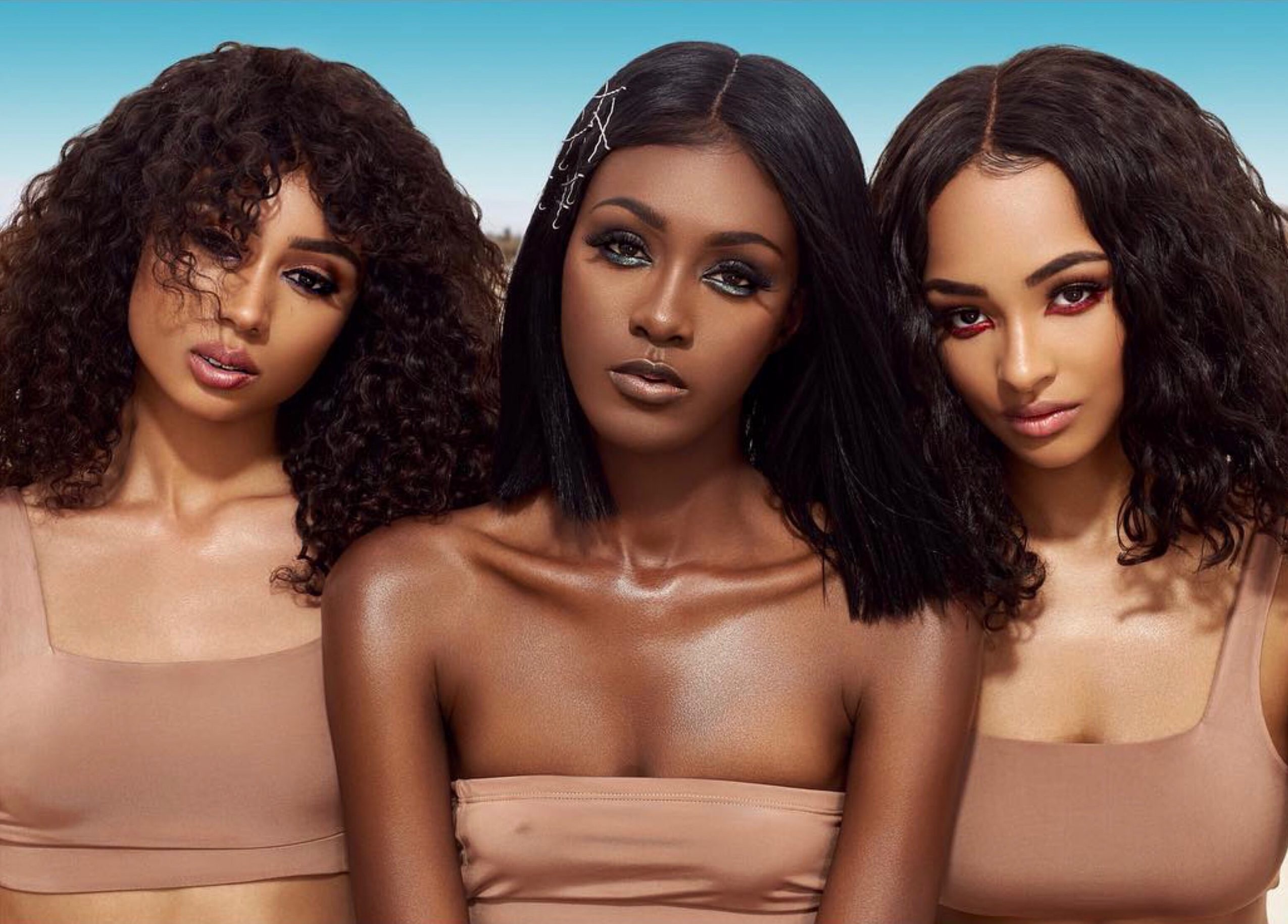 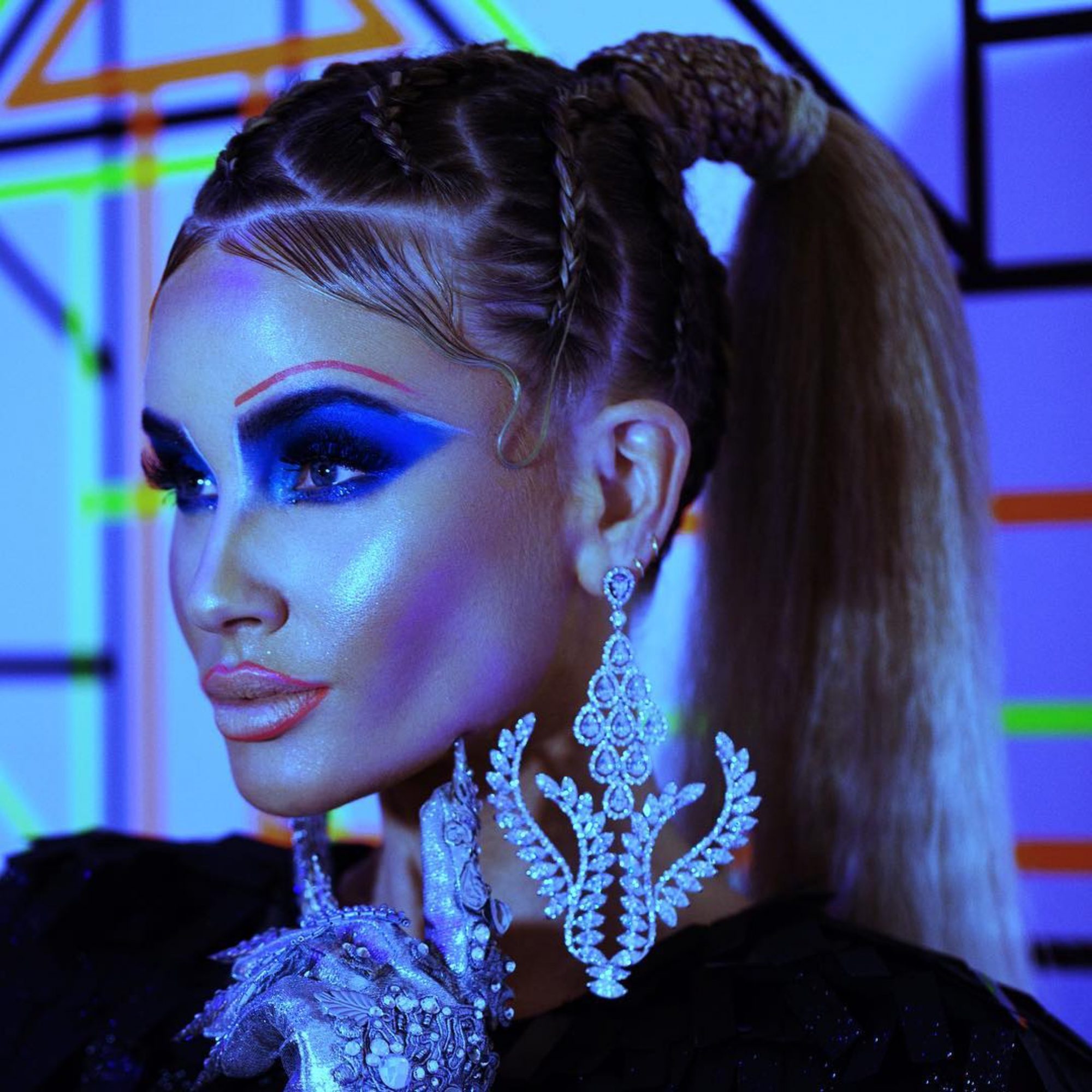 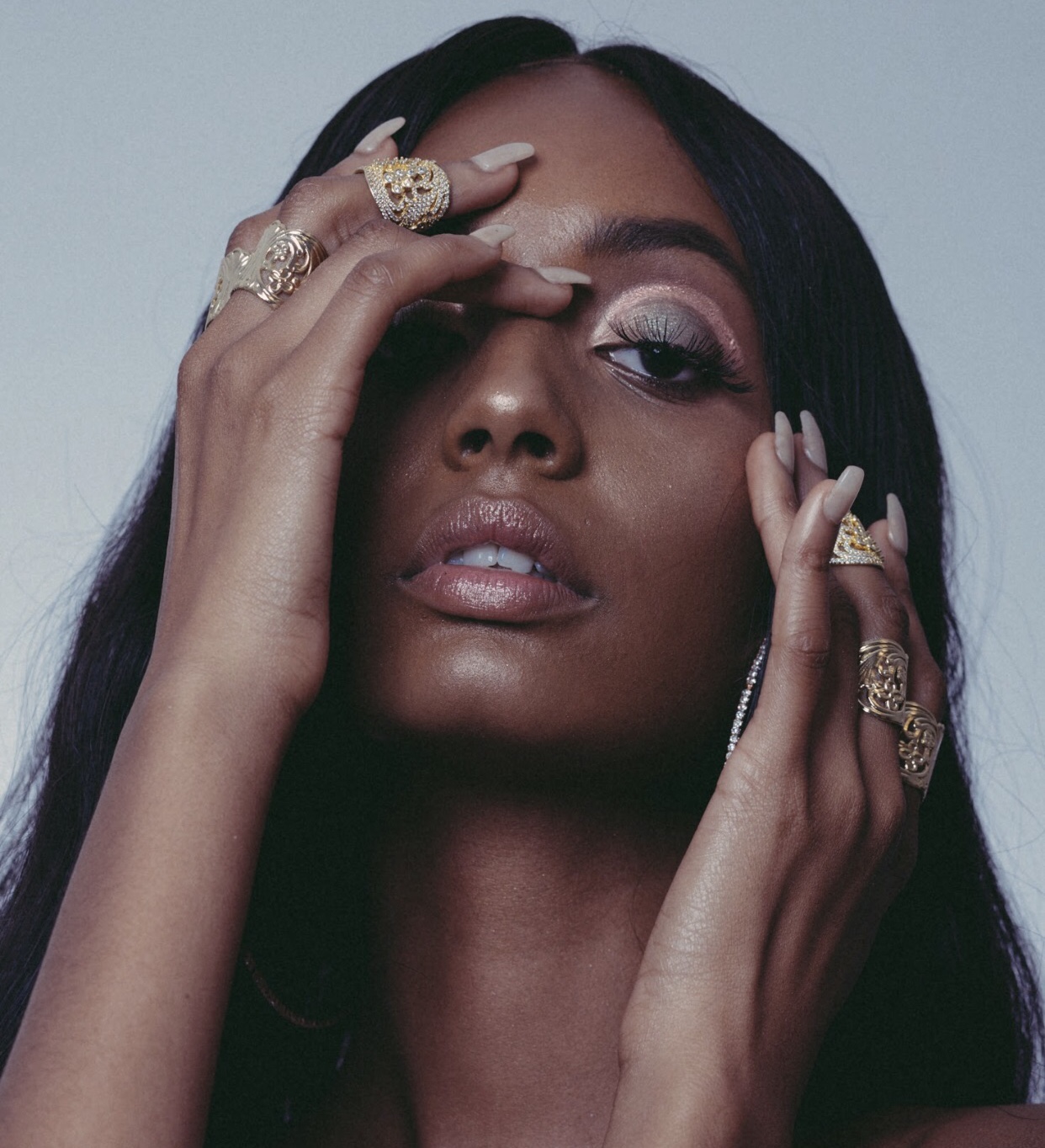 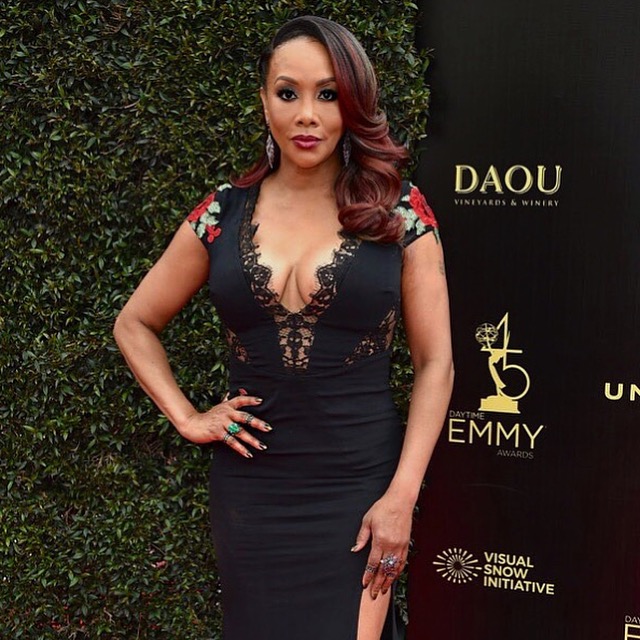 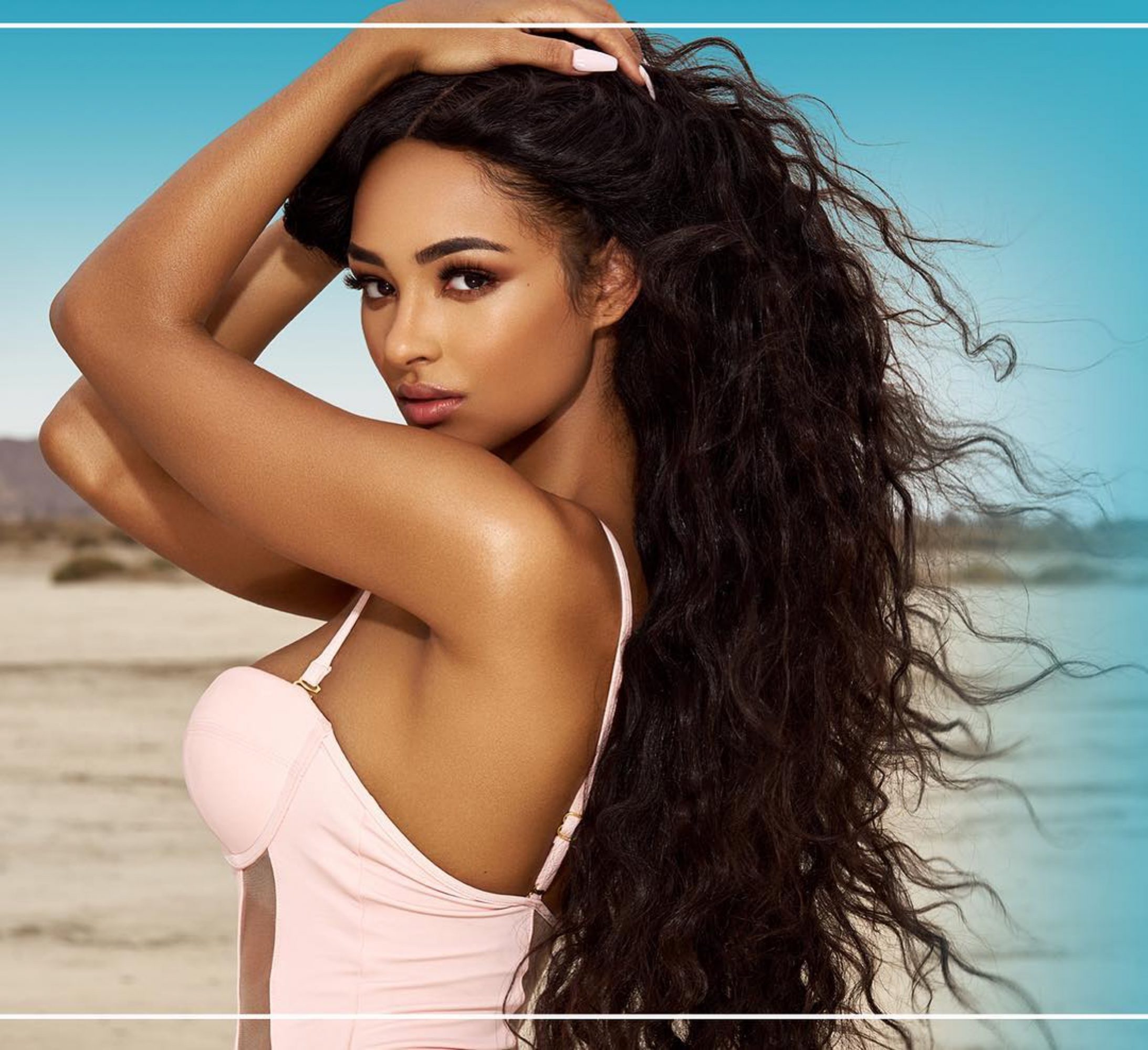 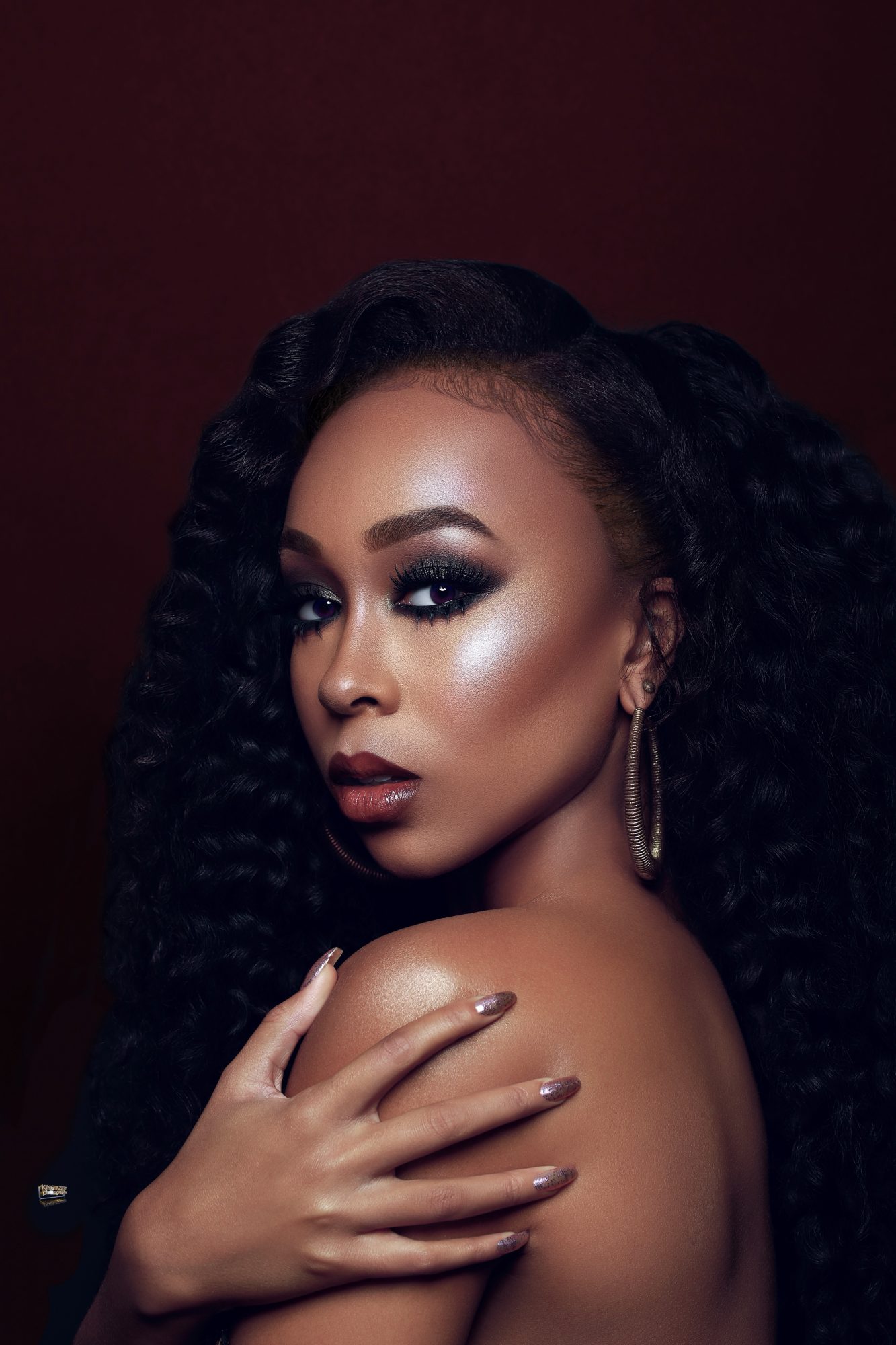 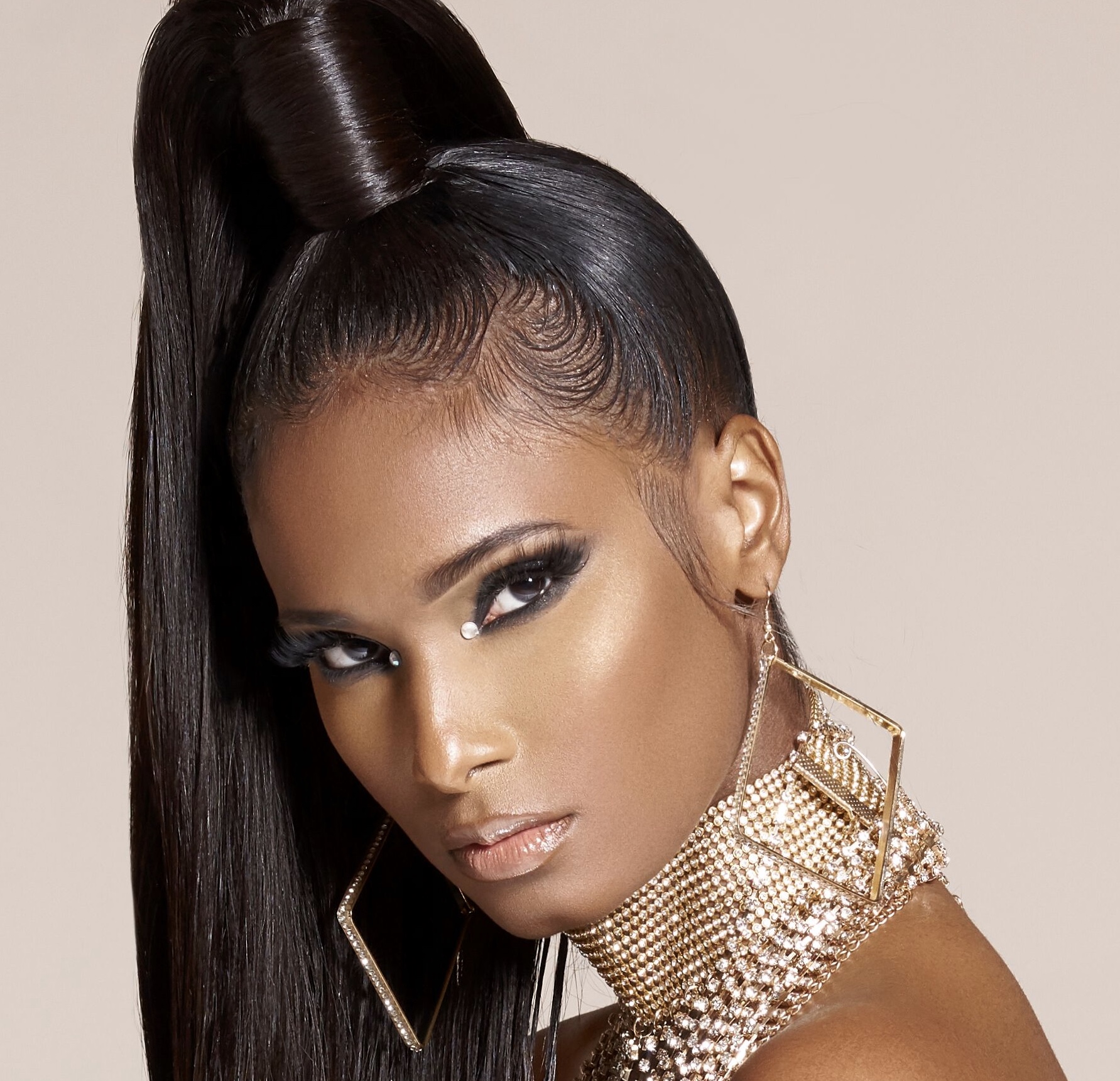 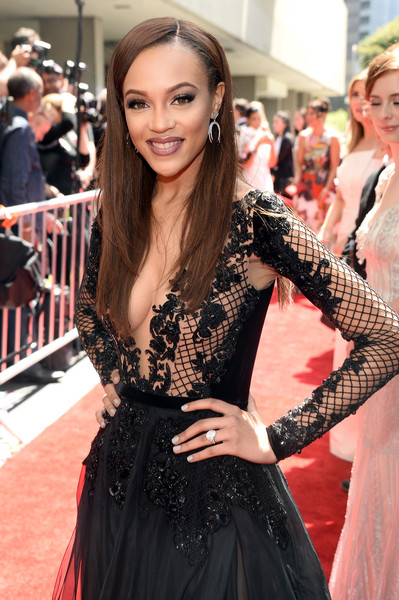 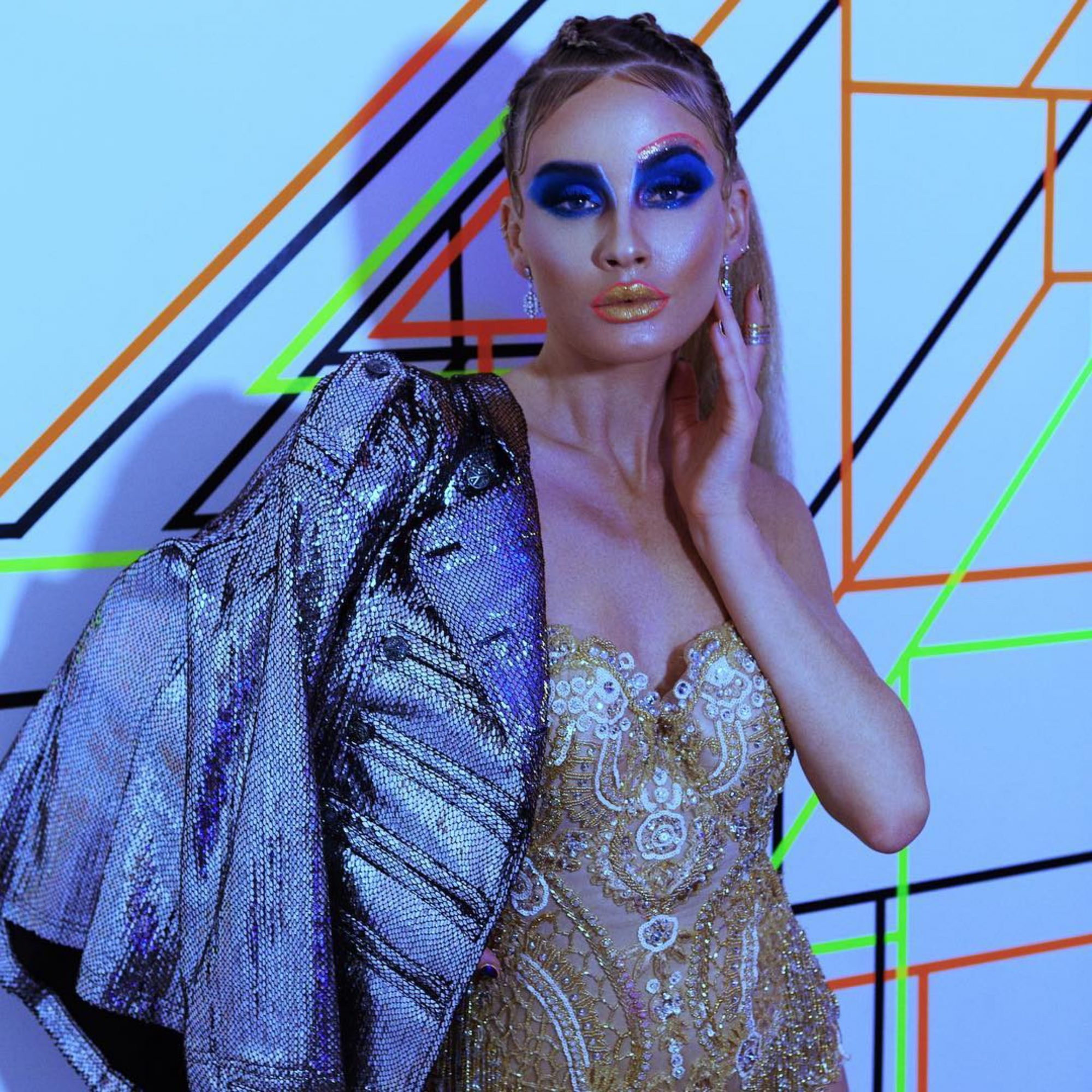 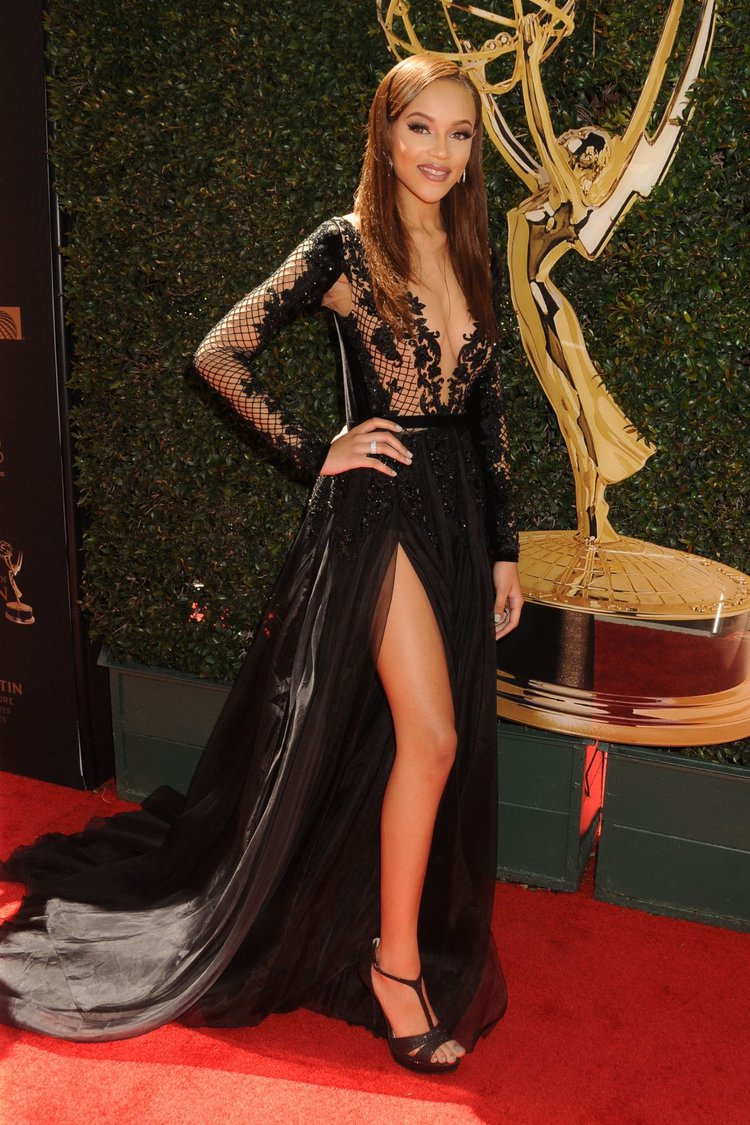 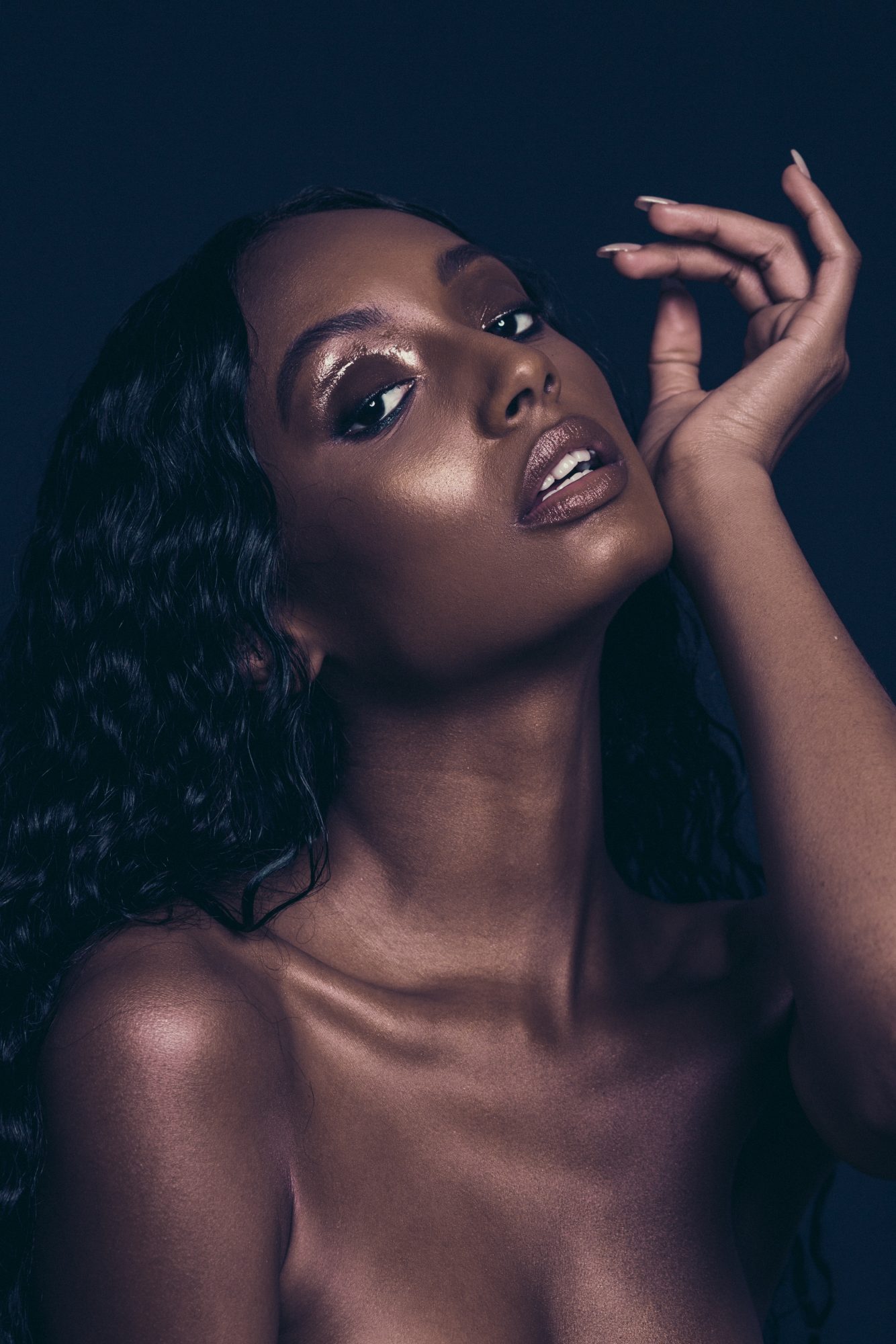