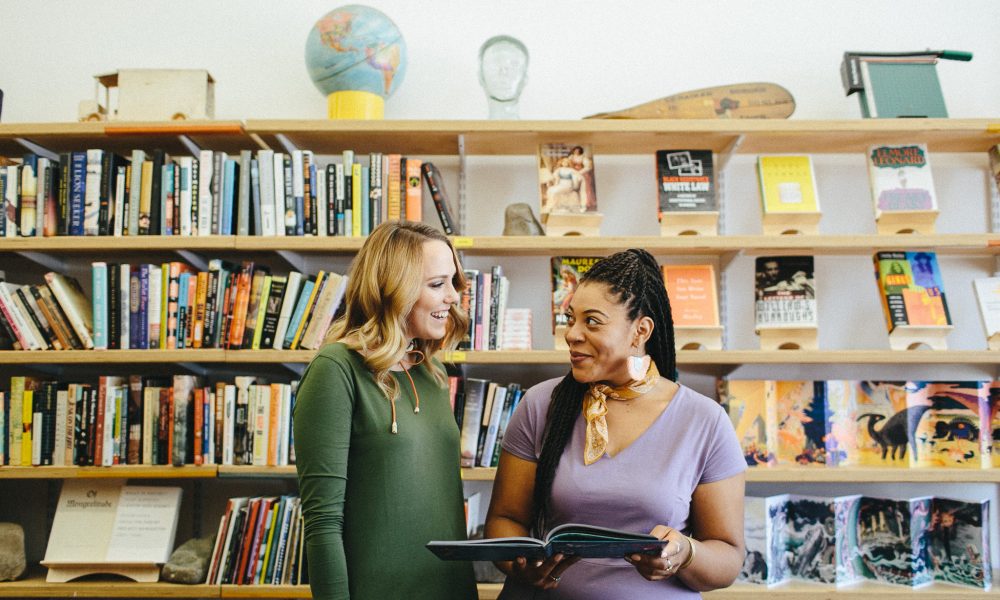 Today we’d like to introduce you to Blythe Hill.

So, before we jump into specific questions about the business, why don’t you give us some details about you and your story.
I was nineteen the first time I learned about human trafficking, and I was absolutely horrified. I thought slavery was a thing of the past; to learn that it is not only still happening, but a thriving criminal industry, shook me to my core. Learning specifically about sex trafficking–and the millions of women and girls who wake up to this horrifying reality–started a fire inside me.

For a long time, I took for granted the amount of passion and urgency I felt to end modern-day slavery–surely everyone felt this way? Eventually, I realized the reason I feel so passionate, and such a sense of personal urgency is because of something that happened to me as a little girl.

I was four years old the first time I was molested. As a child, I didn’t realize exactly what was happening except that it was bad, and to be kept a secret. When I was twelve, I was given a name for what had happened to me, and for years, I wrestled with guilt and shame and struggled with heavy questions about my worth and identity. It wasn’t until my early twenties that I began the hard work of trauma counseling and began to unpack, process through, and heal from the abuse.

So, when I started hearing about the issue of human trafficking, I naturally felt the horror and injustice of this massive, thriving industry centered on (and profiting from) the large-scale abuse of women. So I looked for a way to do something about it, and that’s where I kept hitting a wall. My interests didn’t seem to line up with making a difference; I’m not a cop, a lawyer, a psychologist–I’m not qualified to engage in this fight, so what can I do? For years, I sat in the tension between passion and powerlessness.

But then in 2009, everything began to change, and I didn’t even know it at the time. It started with a dress. I was in college, feeling stifled by the academic routine, and in need of a creative outlet. I decided to create a personal style challenge, and came up with the idea to wear a dress every day for a month. The next full month was December and, being a lover of puns, I came up with the name “Dressember”.

Then, I did it. I wore a dress every day for the month of December. It wasn’t something I planned to do again in the future, but the next year, my girlfriends brought it up and wanted to do it with me. So, I did it again. The year after that, my girlfriends’ girlfriends brought it up to them and wanted to join in. At that point– when people I didn’t know personally were wanting to join in– I realized it was a good idea. I started to dream about what more it could be, and dreamt of adding a layer–a heart–to it.

In 2013, I decided to try aligning Dressember with anti-human trafficking. It was an easy choice for the reasons I mentioned earlier, but it felt risky. Would people like this? Would I end up looking really silly? Here’s a girl who thinks she can end modern-day slavery by getting dressed. But I had to try. I set an ambitious goal of $25,000 for the campaign, and reached out to International Justice Mission (the world’s leading anti-trafficking organization) and let them know what I was doing, and that I hoped to raise some money for them. They wrote back and said they loved my idea and wanted to help promote it. With their help, we hit my ambitious goal of $25,000 on day three.

We ended up raising six times my goal: $165,000. I was floored: what started as a few girls wearing dresses for fun had become a global community of over 1,200 women in 30 countries united to end slavery.

What’s incredible to me about Dressember is that when I aligned it with anti-slavery, I was looking for a way to personally engage in this issue. I ended up creating a pathway not only for myself but thousands of others who felt the same way.

We’re always bombarded by how great it is to pursue your passion, etc – but we’ve spoken with enough people to know that it’s not always easy. Overall, would you say things have been easy for you?
Early on, Dressember received a fair amount of criticism as a “vanity campaign”. It bothered me a lot in the beginning, but I’ve learned to shrug it off: we did not invent the idea of a style challenge, nor did we come up with the concept of selfies. We are using these tools in a powerful new way: to advocate for the dignity of all people.

I also wonder if Movember, the mustache campaign for men’s health issues, ever received the same vanity criticism; I wonder whether being a primary female-driven movement invites this sort of language and criticism more than it would as a male-driven movement.

There is also the fact that the dress is a loaded symbol for many people; it often brings up gender issues and the question of femininity.

I’m not afraid of those conversations, but I also feel obligated to remind people that Dressember began as a dress-based style challenge, and then became an anti-trafficking movement– not the other way around. We did not choose a dress as a symbol of anti-slavery. Really, it’s less about the dress itself and more about the fact that this item of clothing offers us a uniform for our movement, a flag of sorts. At the same time, I get emails every year about how personally powerful it can be for someone who sees the dress as oppressive to step into the role of Dressember advocate and reclaim what the dress once meant to them. I love the layers of personal freedom that Dressember often invites people into on an individual level.

So let’s switch gears a bit and go into the Dressember Foundation story. Tell us more about the business.
The Dressember Foundation is an anti-trafficking, nonprofit organization with an annual campaign where we invite men and women to commit to wearing only dresses or ties every day in December as a way to raise money and awareness for anti-trafficking work. In 4 years, we’ve raised over $3.9M USD.

Our average advocate raises about $250, and our average donor gives about $40. Because we are an army of thousands of advocates (and even more donors), we end up having a huge impact.

Dressember is a grant-making organization, and we work collaboratively with our grant partners (currently: IJM, A21, and McMahon Ryan in Syracuse, NY) to create strategic, targeted grants toward specific program work. We steer our grants to have the longest lasting impact possible.

Has luck played a meaningful role in your life and business?
I feel lucky that our first partner, IJM, chose to promote Dressember. Without their help, we couldn’t have begun forming a global community of advocates so quickly. 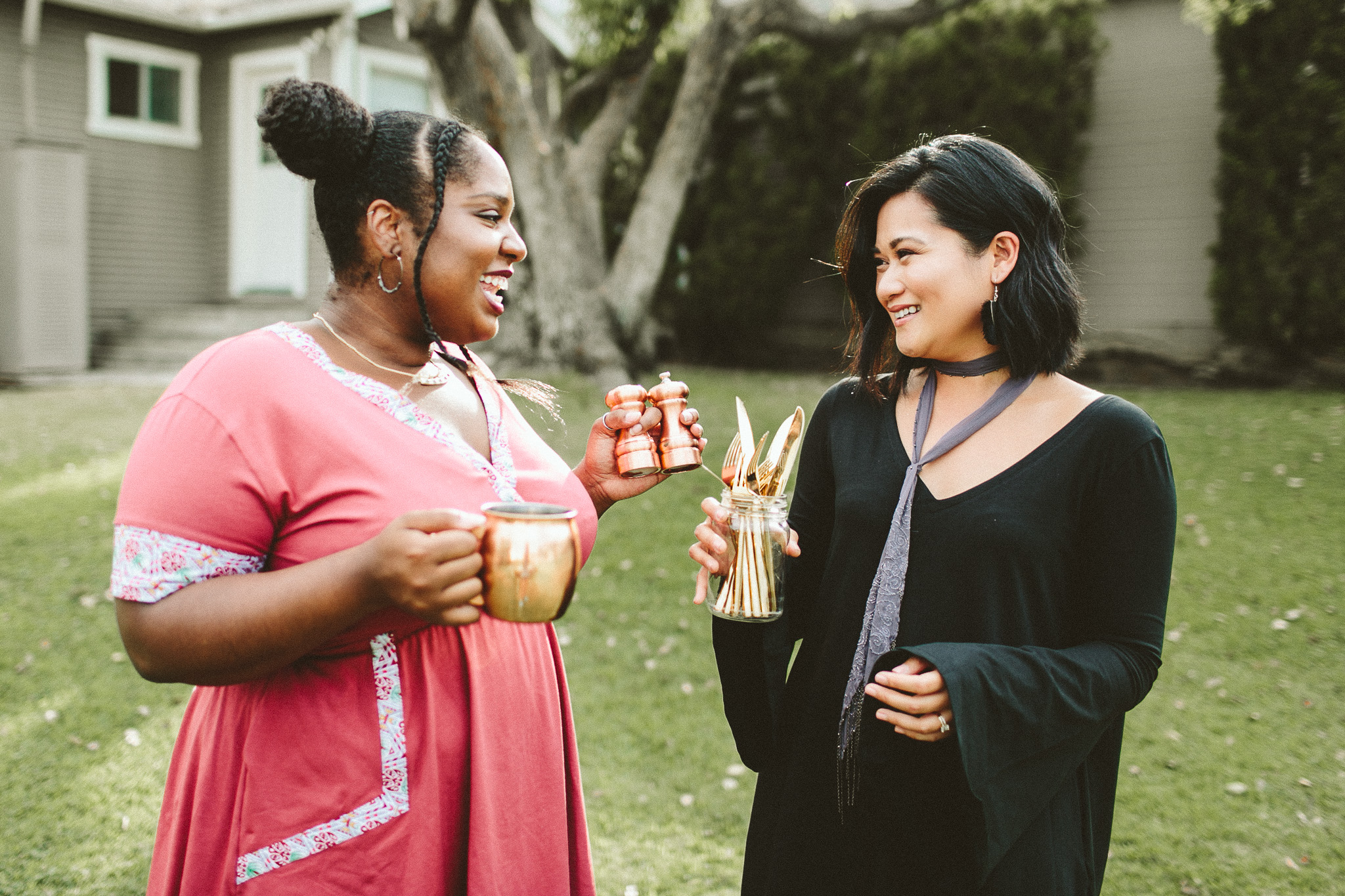 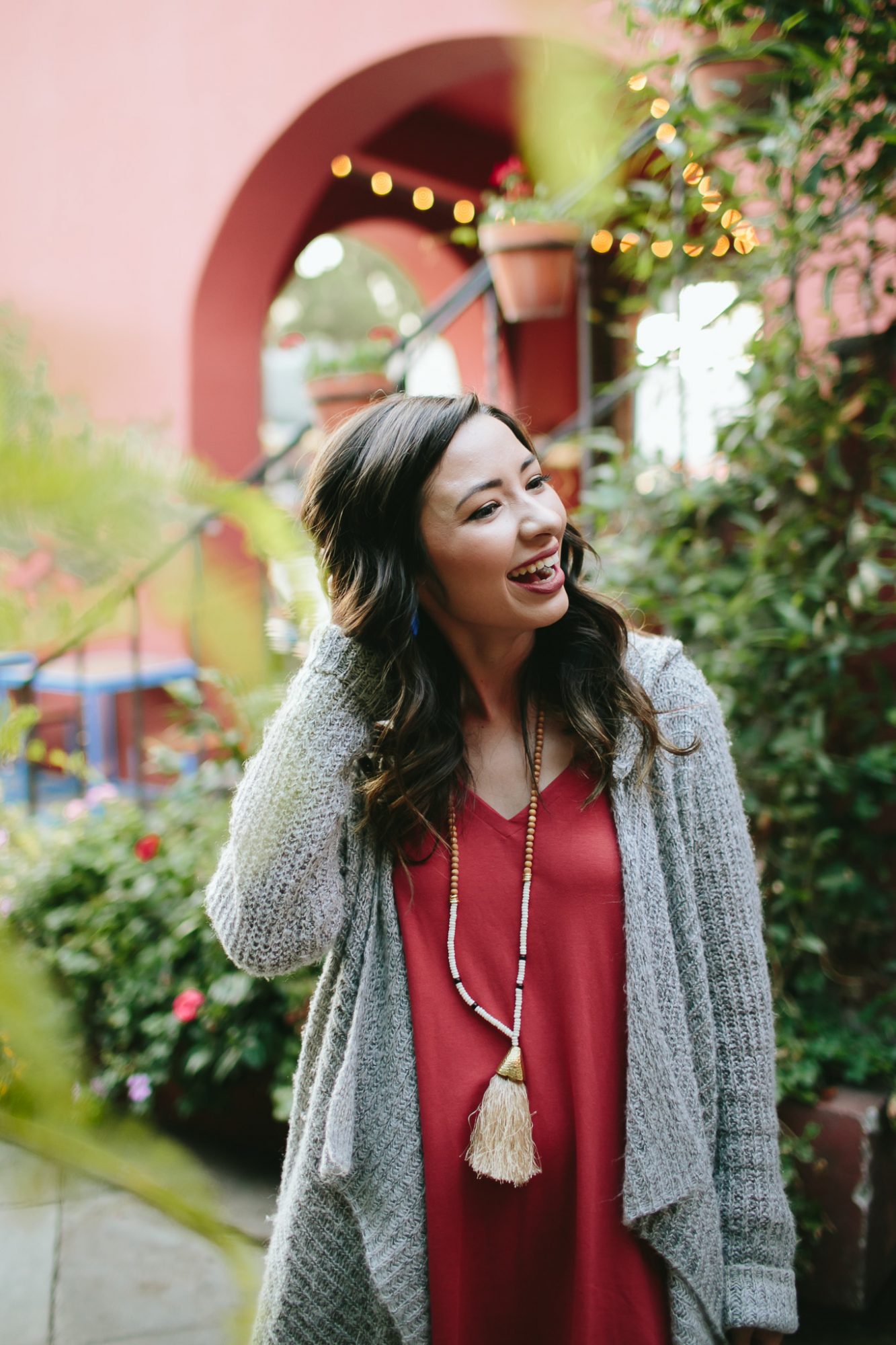 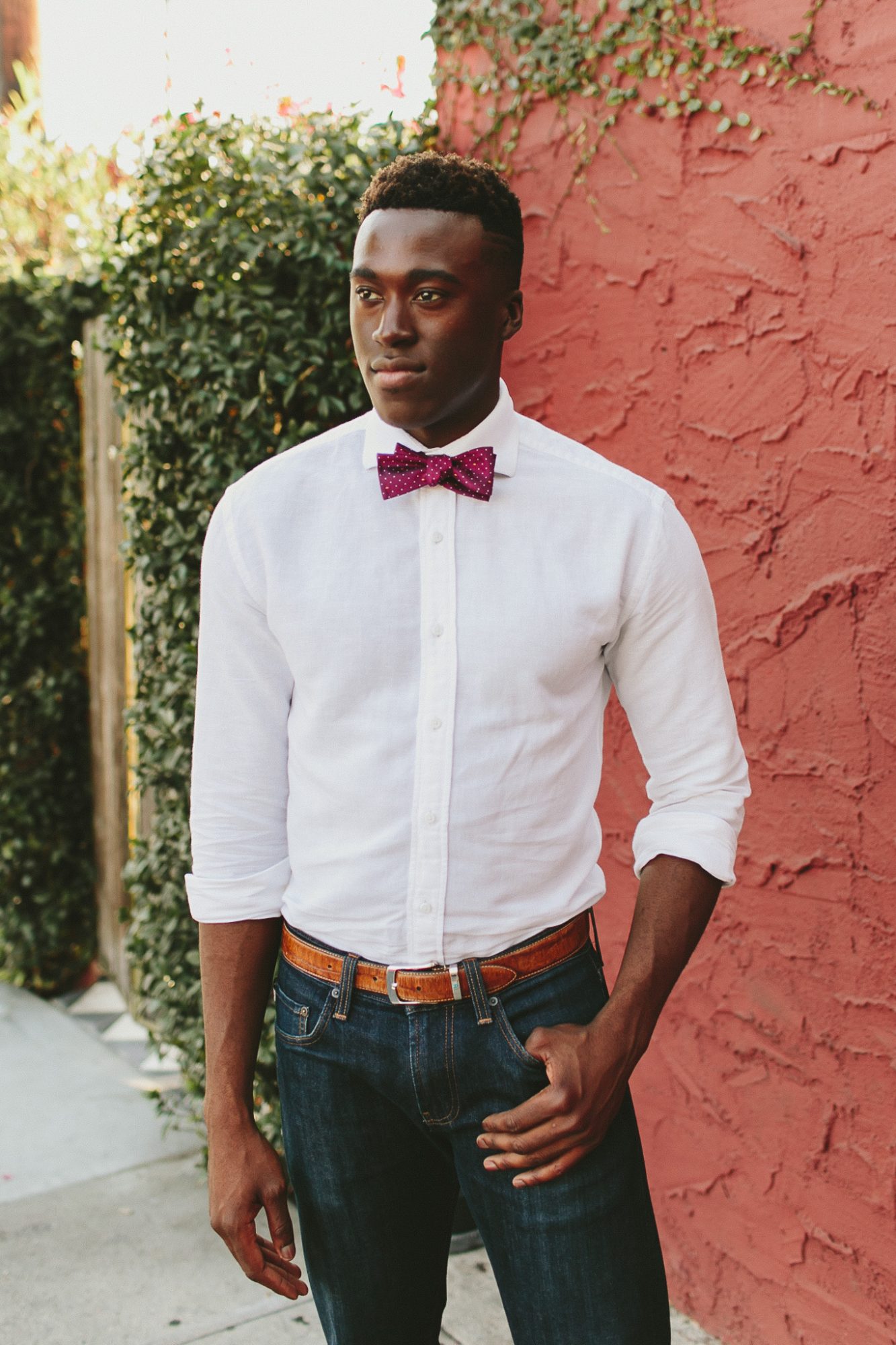 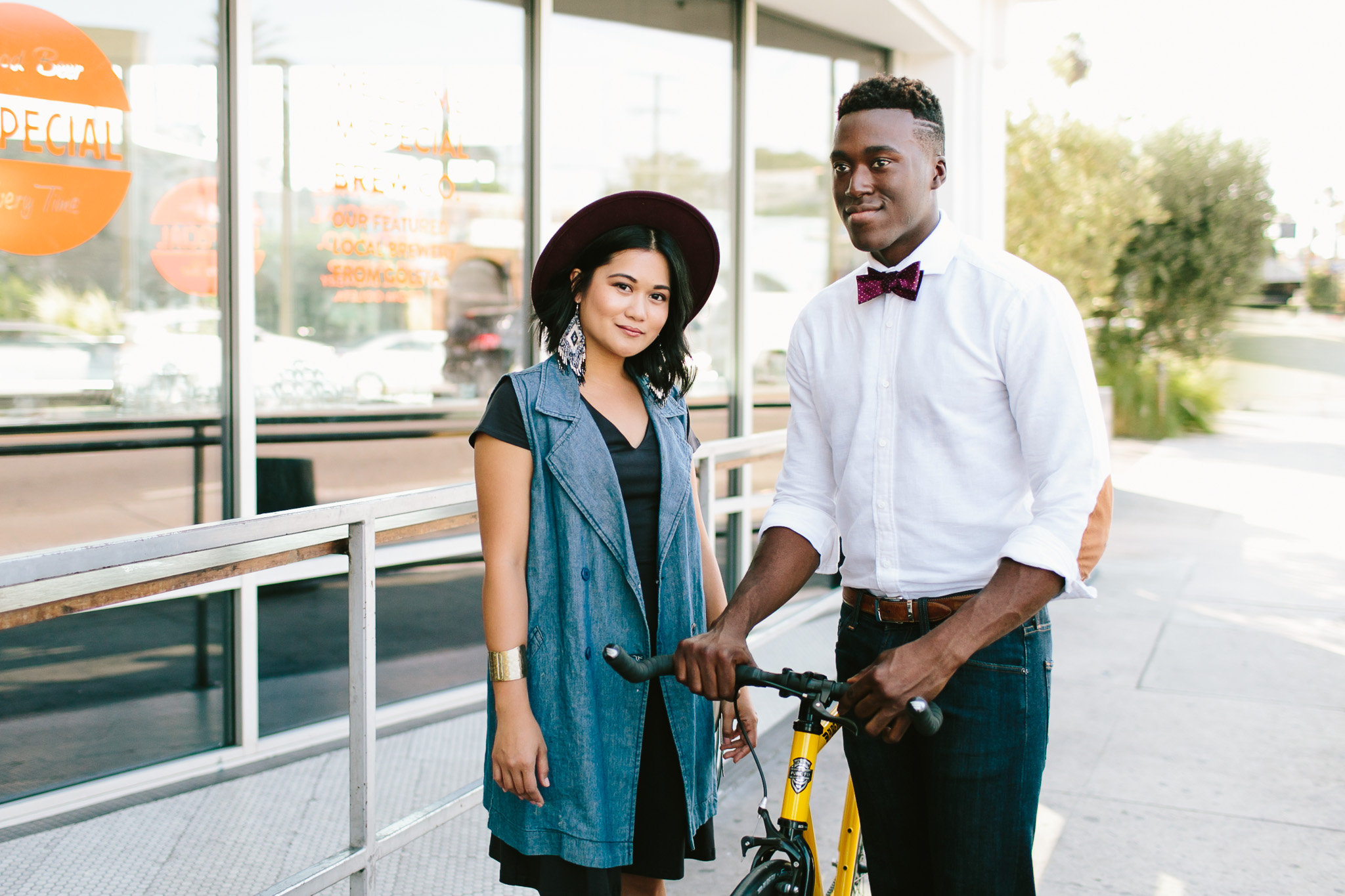 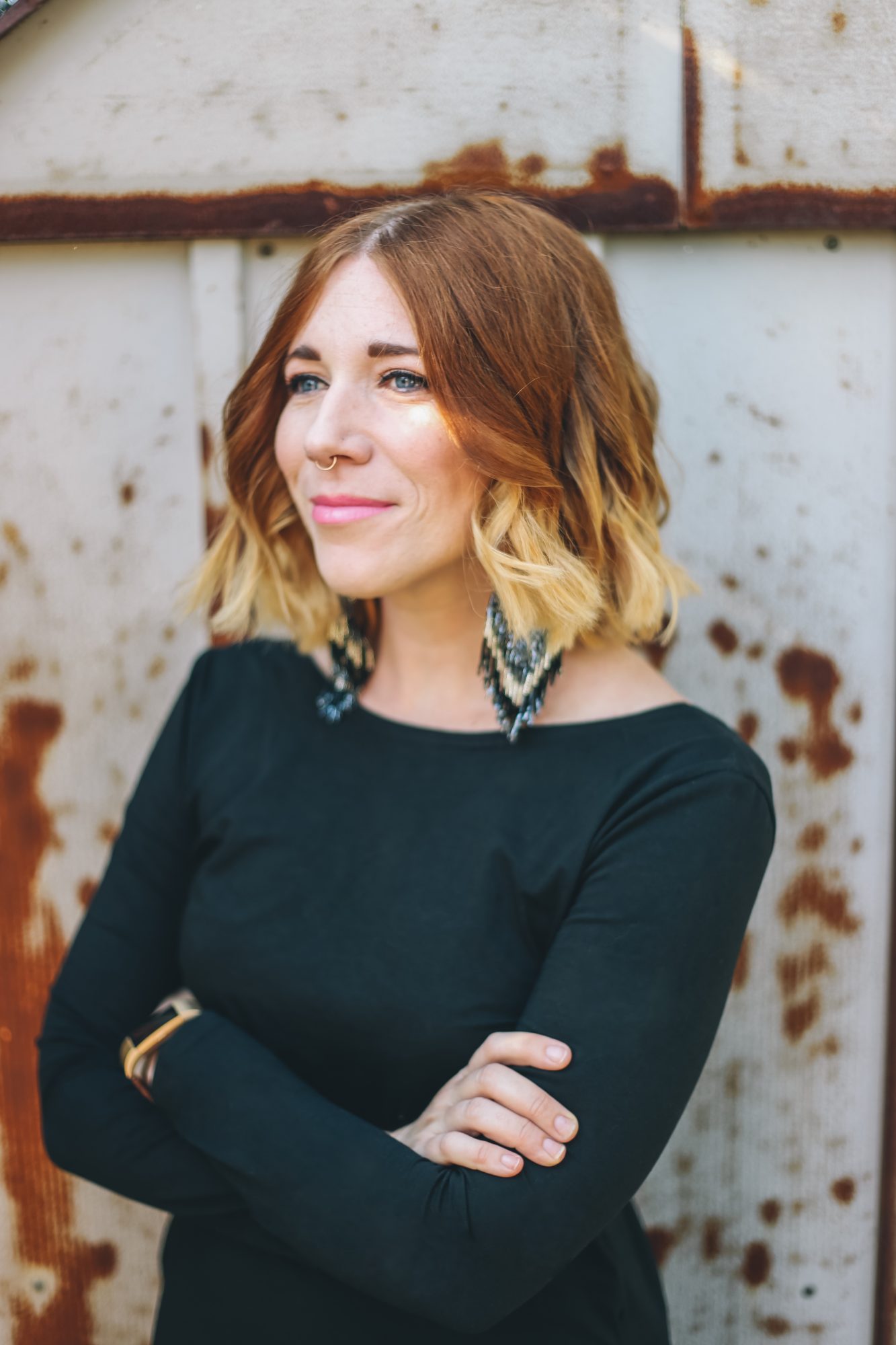