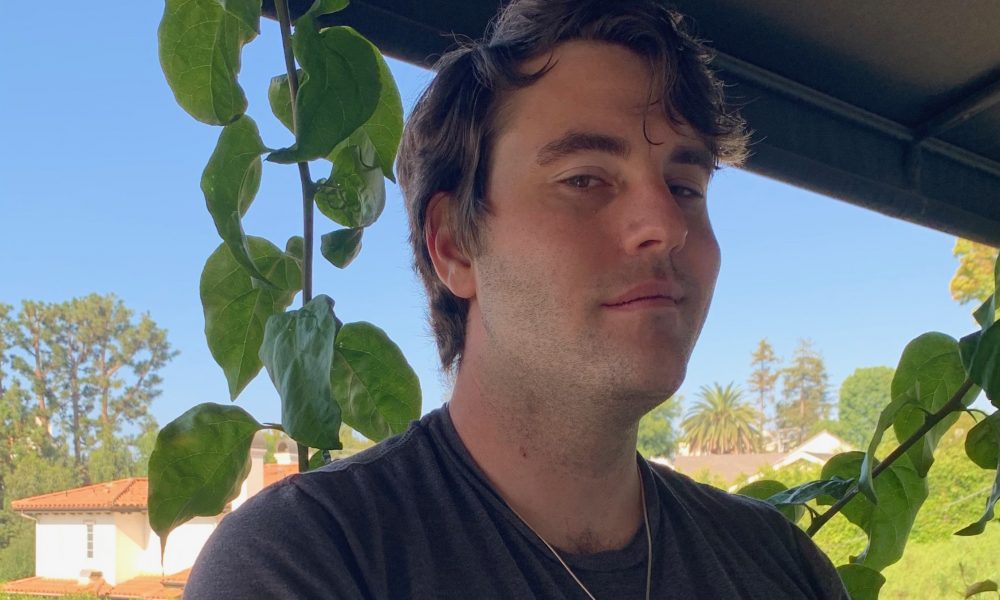 Today we’d like to introduce you to Brandon Bjornson.

Brandon, can you briefly walk us through your story – how you started and how you got to where you are today.
I started my “musical journey” when I was in 5th grade, after a rough ride through elementary school. I was introduced to the didgeridoo, which I had no idea would change my life. The didgeridoo is an Australian percussive instrument that requires a technique called “circular breathing,” which requires a lot of discipline. I soon moved over to the Djembe, which then gave me the confidence to move towards piano and then saxophone. In middle school, I started to write, direct, produce and edit my own short films and music videos. When I got to high school, I was lucky enough to take a film course and continued to create films throughout my four years. I learned how to produce “stop motion,” animation, shoot music videos, and produce films. I started to really feel the confidence to try anything. It wasn’t until my junior year that I realized I wanted to move away from film and concentrate on music. A friend of mine took me into the school band room to show me some guitar chords. I spotted a bass that called my name and I fell in love! I took to that instrument fast, taking bass lessons and learning as much as I could about the instrument and its history.

When applying to college, I had my heart set on going to California Institute of the Arts. That’s where I wanted to get serious and work towards a career in music and that’s where I ended up. As we all know, college is a winding road and I found myself circling back to film, but this time it was through speakers instead of behind the camera; I found a passion for scoring visual and audio mediums such as film, animations, video games and podcasts. Throughout my four years in college, I took countless compositions, productions and audio editing courses to strengthen my craft. In fact, I wasn’t even in the composition program – I just fell into the work and fell in love with it, so my focus was to expand my music and film experience and combine my two passions.

I went to the UK for six months abroad, where I focused more on music production which helped me to become a better composer, producer and overall musician. I studied with Adem Hilmi, producer for Amy Winehouse and Florence and The Machine. He became my mentor and my passion, knowledge and studies grew even more than I could even imagine they could!

​Overall, has it been relatively smooth? If not, what were some of the struggles along the way?
It definitely wasn’t an easy ride. As I mentioned, I was introduced to the Didgeridoo at a young age. Circular Breathing, the main technique of the instrument, takes patience, discipline and skill. I was determined to play this instrument and I worked hard at it. It gave me confidence that I had not felt before, and I started to understand myself in a deeper way (for a fifth-grader, that is). Like I said before, I just fell into composition, having seen a peer needed music for a film short and thought “Hey – I could do that!” But it took me almost a year of various classes within the music school to discover that I loved composition. Not to mention the music theory – Calarts has an incredibly rigorous theory course and, honestly, I contemplated dropping out of music school at one point. But, after realizing Calarts’ lack of structure in my particular program gave me the freedom to pinpoint my passions and build them, I decided to push through it and continue pursuing music.

Can you give our readers some background on your music?
I’m currently an independent freelance composer, sound designer, audio and podcast editor, and producer! I work under the name BLB (Brandon Lee Bjornson) Compositions, and what sets me apart from other composers, in my opinion, is my sound palette. While I do feel that traditional strings and brass are standard in today’s compositional industries, I aim to distance myself from them in order to create my own type of “Alternative Composition.” For example – I love to use simulation techniques to trick someone’s ears into hearing a different instrument. I’m primarily a bass player, but use a variety of analog pedals and digital plugins to make my bass sound more like a guitar or a synthesizer. I’ll then pair my new synthesized sound with some piano, normal bass, vocals or found sound before throwing digital percussion over it and BOOM! You have an original BLB Composition!

My work can be found in the links below, and am 100% flexible on my rates!

If you had to go back in time and start over, would you have done anything differently?
Honestly, I’d tell myself to relax; everything will work out the way it should and this is just a small hurdle in your incredible life! 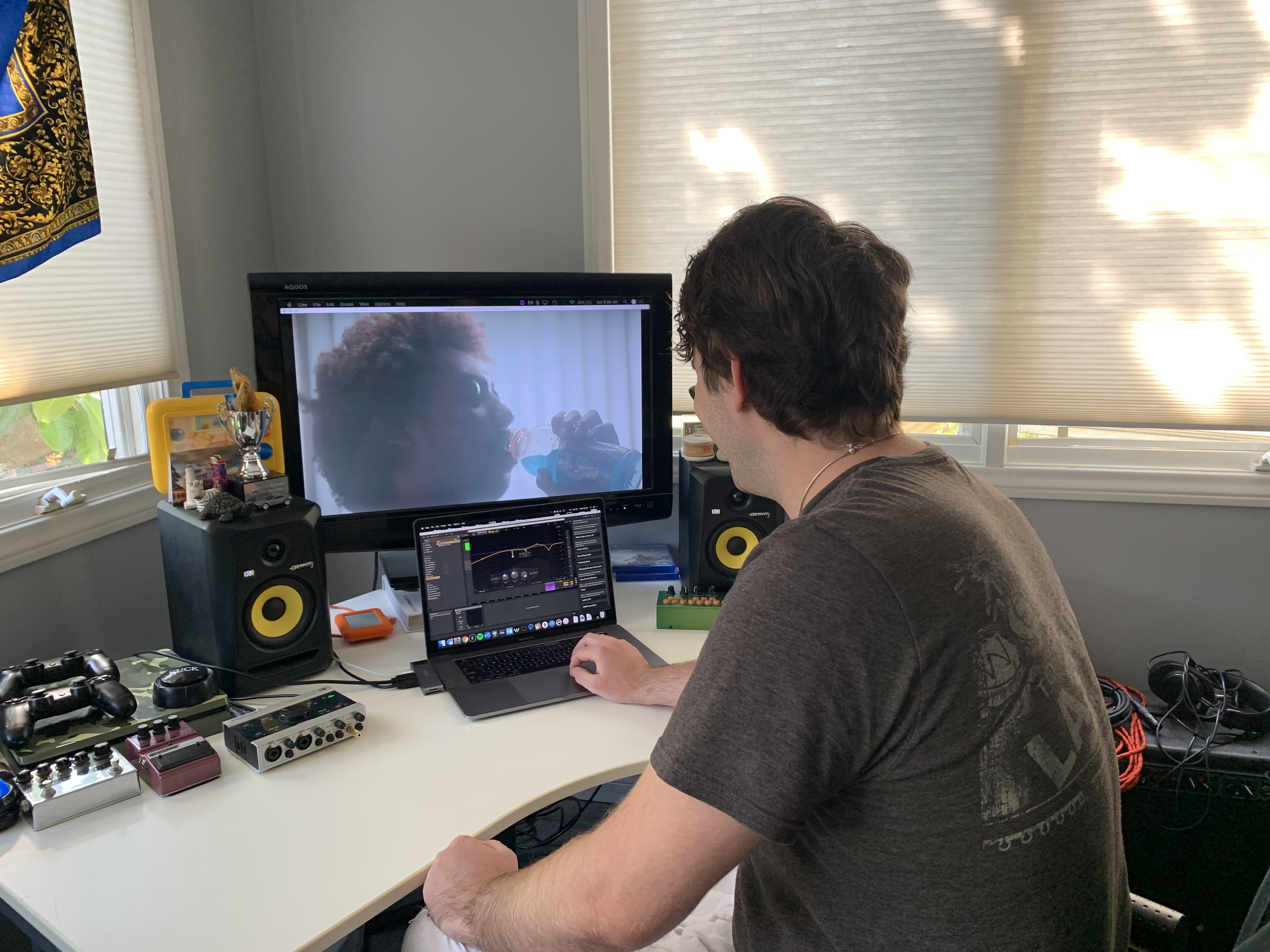 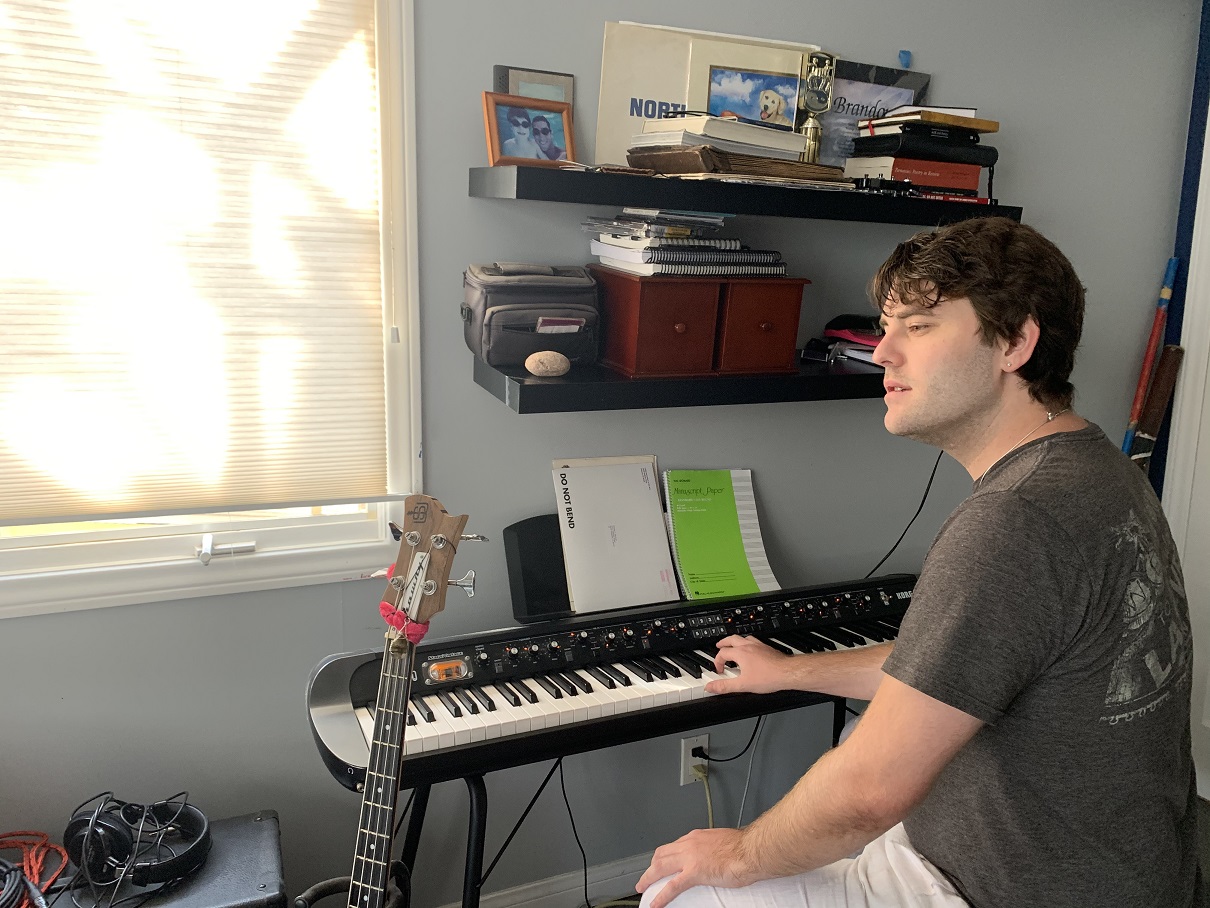 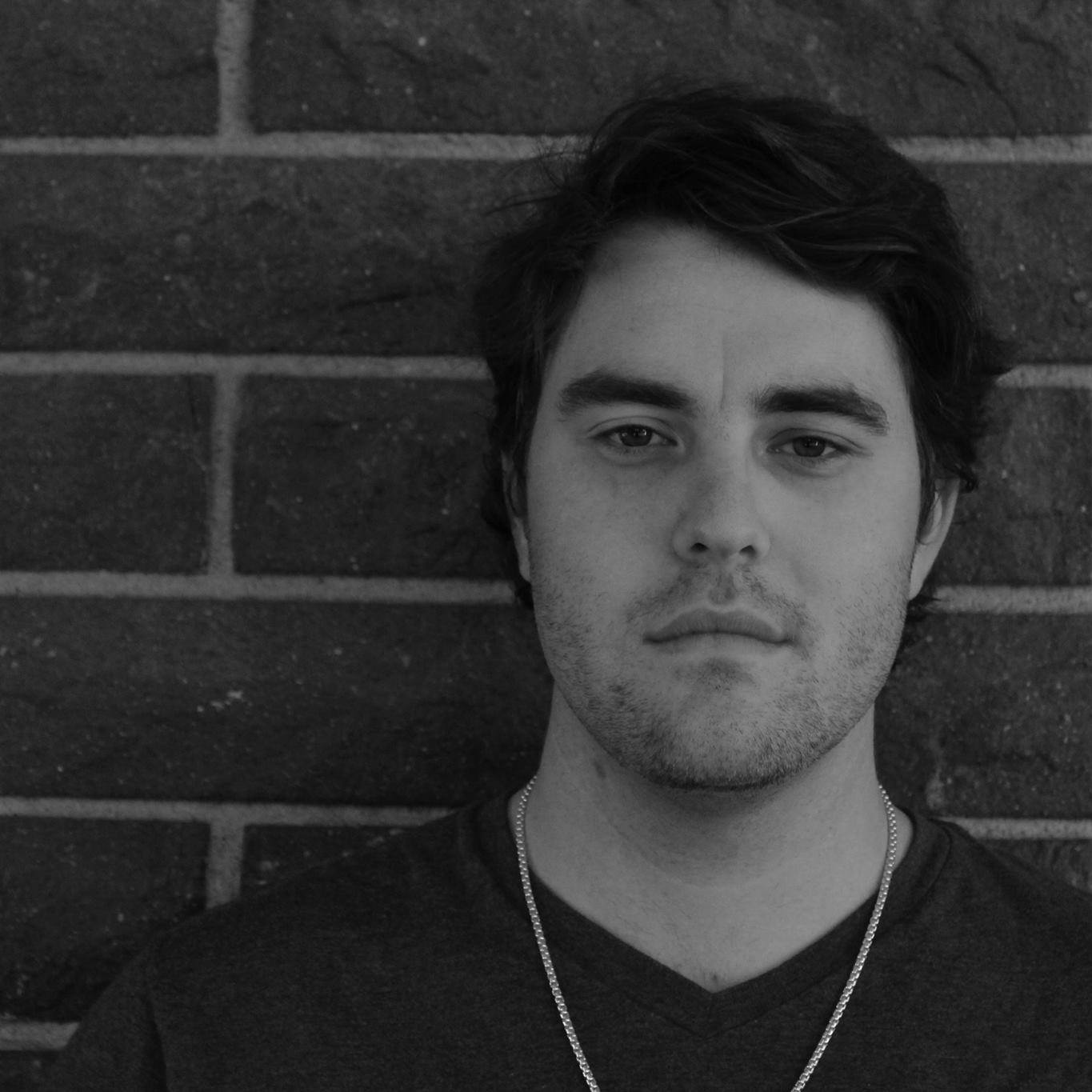 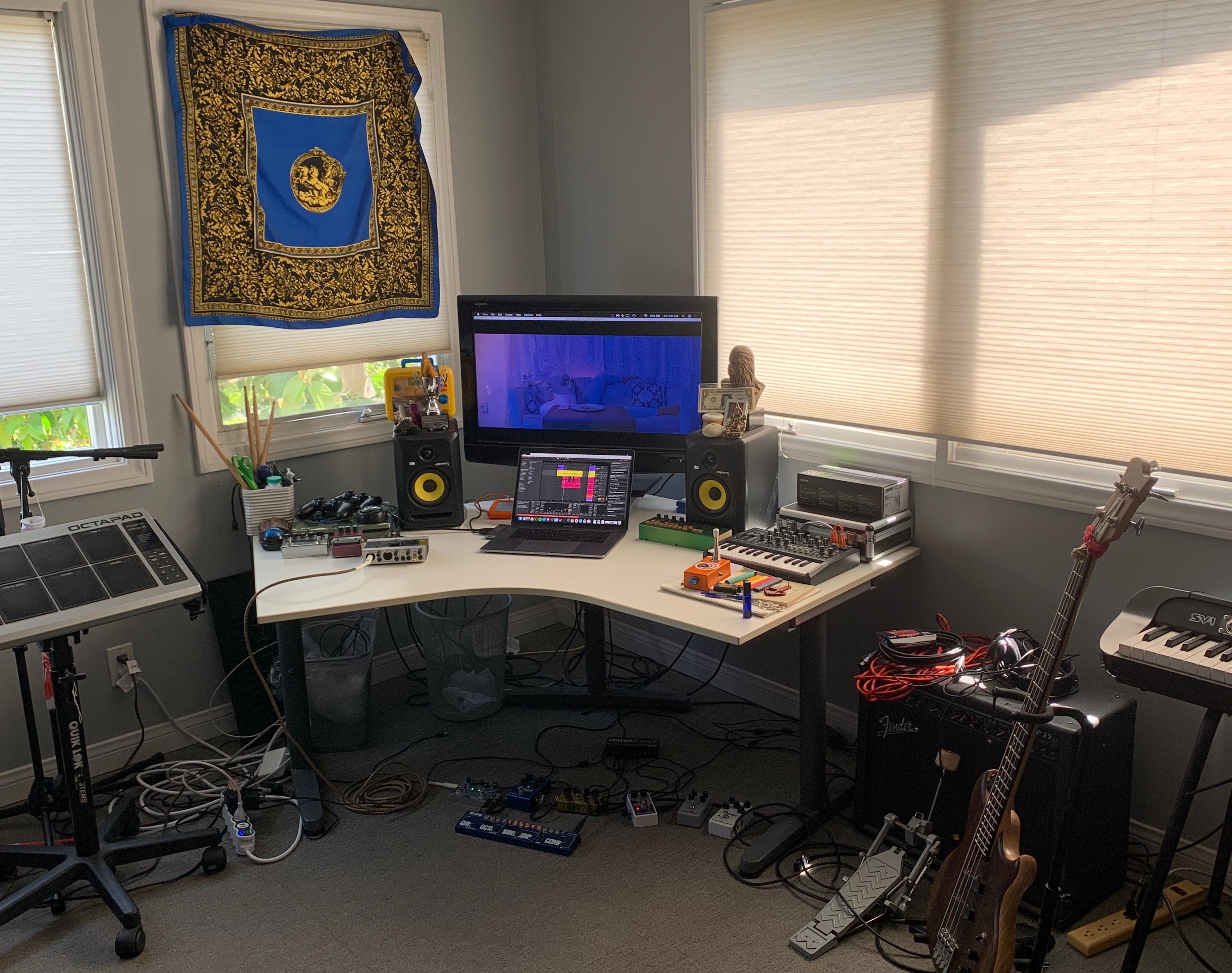