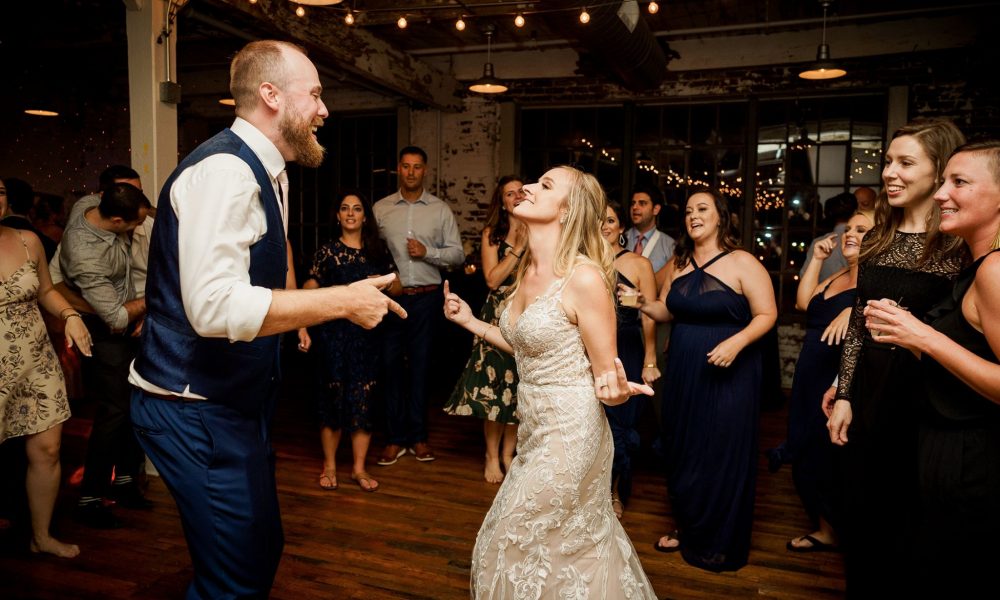 Today we’d like to introduce you to Blake Brewer.

Blake, can you briefly walk us through your story – how you started and how you got to where you are today.
I was fortunate enough to attend a great high school, Germantown High School in Memphis, TN, where there was and still is an incredible professional television program. The program was built on the idea of giving the students complete trust with extra privileges and less supervision. The trust and responsibility given to us helped me quickly figure out what I wanted to do with my life and what it took to achieve it.

I knew I wanted to go to a great film school, but my grades were never good enough to get accepted to a University that offered one, nor did I have the means to afford to go to a big university. Around the same time, my best friend was planning on joining the Air Force and was explaining to me that they offered money for college and that I could take classes while in to get my grades up – so the day before registration at my local college, I joined the Air Force.

Although I had an incredible experience and grew a lot as a man during my time serving, my ultimate goal was to become a filmmaker. So, when my four years commitment was up, I left and applied to film schools around the country. I was beyond fortunate to get accepted by New York University’s Tisch School of the Arts. Not only was I accepted, but between the scholarship they offered me and the money the military was putting up on my behalf, I wasn’t going to have to pay anything to attend.

Being much older and having had a lot of life experience already, I was able to focus intently on what I wanted to achieve. I applied and was accepted into the NYU Study Abroad Program and was able to spend a semester in Prague, Czech Republic directing a short film funding by the school. I was able to work on other student’s films which helped me realize I enjoyed managing and producing as well as directing. I spent the rest of my time at NYU taking advantage of the incredible internships and out-of-school work they offered which included working at ‘Saturday Night Live’ and ‘Late Night with Jimmy Fallon’ – both some of the best experiences of my life.

As my graduation date was rapidly approaching, I knew I needed to find something film-related to work right after graduation. Through the NYU Alumni network, I applied to produce a feature film in NYC and after a few interviews – I got the job! The budget was extremely small and it was soon after I was offered the job I realized there would be no payment for any of the producers on the film. One of the positions that was getting paid was the 1st Assistant Director, so I thought, I’ll just do both positions – how hard could it be?

I do think NYU has one of the best, if not the best film program in the country, but one thing they didn’t really focus on was what a 1st Assistant Director actually did. I was quick to realize that being a producer and the 1stAD was a really bad idea and there just wasn’t enough time to do both jobs adequately. I’ll just go ahead and apologize to everyone on that crew and would like to thank everyone that stuck with it and let me figure out how to do both of those jobs in real-time.

Even though it was literally a ‘trial by fire’ experience a lot of good things came from it. I was “ahead of the game” in the sense that I had just graduated, but had already produced my first feature-length film. I also quickly discovered I enjoyed 1stADing a lot more than producing. So, I switched my goals and moved forward looking for work.

Since I already had feature experience as a 1stAD, I was able to find work pretty quickly on other films as a 1st, which helped me skip the usual, long route of working my way up from a PA position. It wasn’t long after I started working that I moved to LA. I had wanted to live in LA my whole life and knew that that’s where I needed to go to really make it in the industry, at least in the short-term.

Today, I work all over the country and have just recently become eligible to start working on bigger – DGA shows around the country and here in Los Angeles. The bigger and more challenging shows the better.

We’re always bombarded by how great it is to pursue your passion, etc – but we’ve spoken with enough people to know that it’s not always easy. Overall, would you say things have been easy for you?
It has definitely not been a smooth road! I can’t count the number of times in the past I wondered, “How am I going to pay bills next month?” You’d get a big job and think, “This is it! From now on it’s only big, high paying jobs!” and then you go four months with no work and the next job is a short film that pays almost nothing. It’s definitely not easy.

Nowadays, I’m fortunate enough to be in a good enough place to be able to pick and choose which jobs I want to take. That way I can focus on the projects that are the most rewarding and fulfilling.

We’d love to hear more about your work and what you are currently focused on. What else should we know?
I’m a freelance 1st Assistant Director. Which in its most basic form, means I keep the movie, commercial or music video on schedule. The way I keep a project on schedule starts with designing the shooting schedule that everyone draws their information from, what we shoot on which day and the order we shoot each scene. It can then break down even further into what order to shoot each shot and why.

Pushing a crew to work faster is necessary, but as a 1st you are also their first line of defense when it comes to safety. You have to know how hard you can push the crew and remember the crew is not only trusting you with your knowledge of what’s being shot but also with the safety of their lives.

What separates the good ADs from the bad are knowing when you can break away from that schedule. Sometimes you might realize a shot is really important to the film or to the director and you decide in real-time to take more time on it and remove time from less important shots – and it’s your experience and relationship with your team that tells you which shots are the most and least important.

One way I try and set myself apart from the others is with my personality on set. Nobody likes a screaming AD and I feel, as the years continue, producers are hiring those types of ADs less and less. I like to keep a mostly laid back attitude and only bring out the intensity if a specific situation calls for it like if something happening is unsafe or inappropriate for whatever reason.

What were you like growing up?
Growing up, I was a big talker. I liked to try and talk my way into a good situation or my way out of a bad one. I was so much of a talker it sometimes got me into trouble. I recall one story from 5th grade where the teacher put me on a token program. I could only speak or ask a question if I had a token to give her in exchange!

The aimless talking eventually developed into acting and improv. I loved to make people laugh, looked up to Jim Carrey and auditioned for every play and improv class in my high school. It wasn’t until I saw a taping of myself acting that I decided to get out of in front of the camera and get behind it! 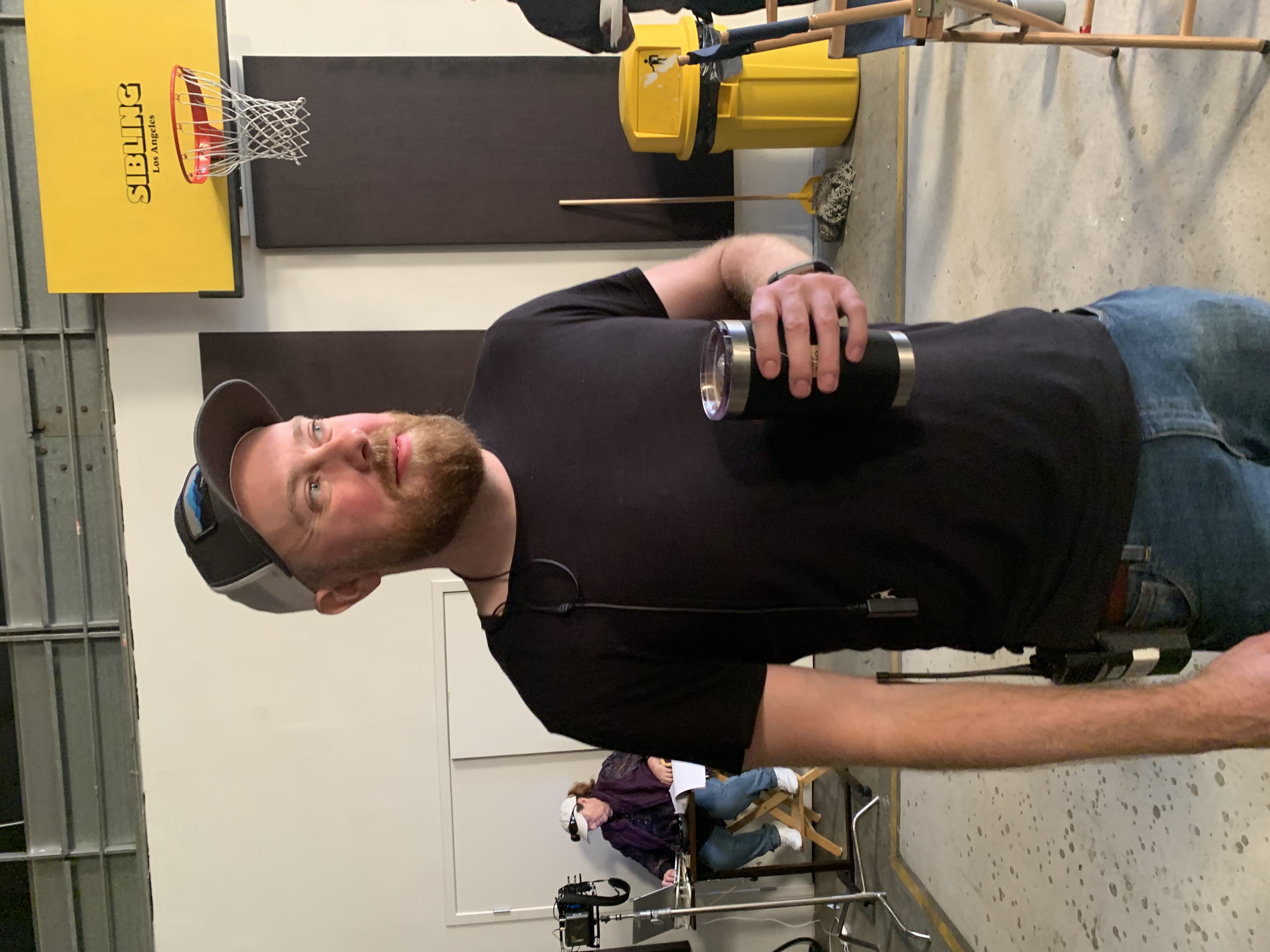 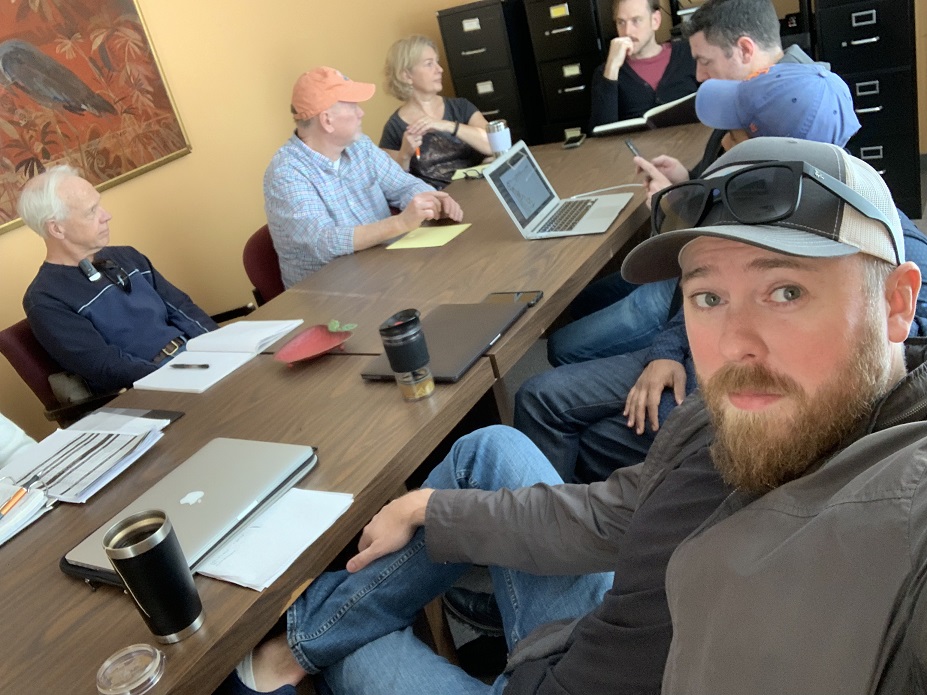 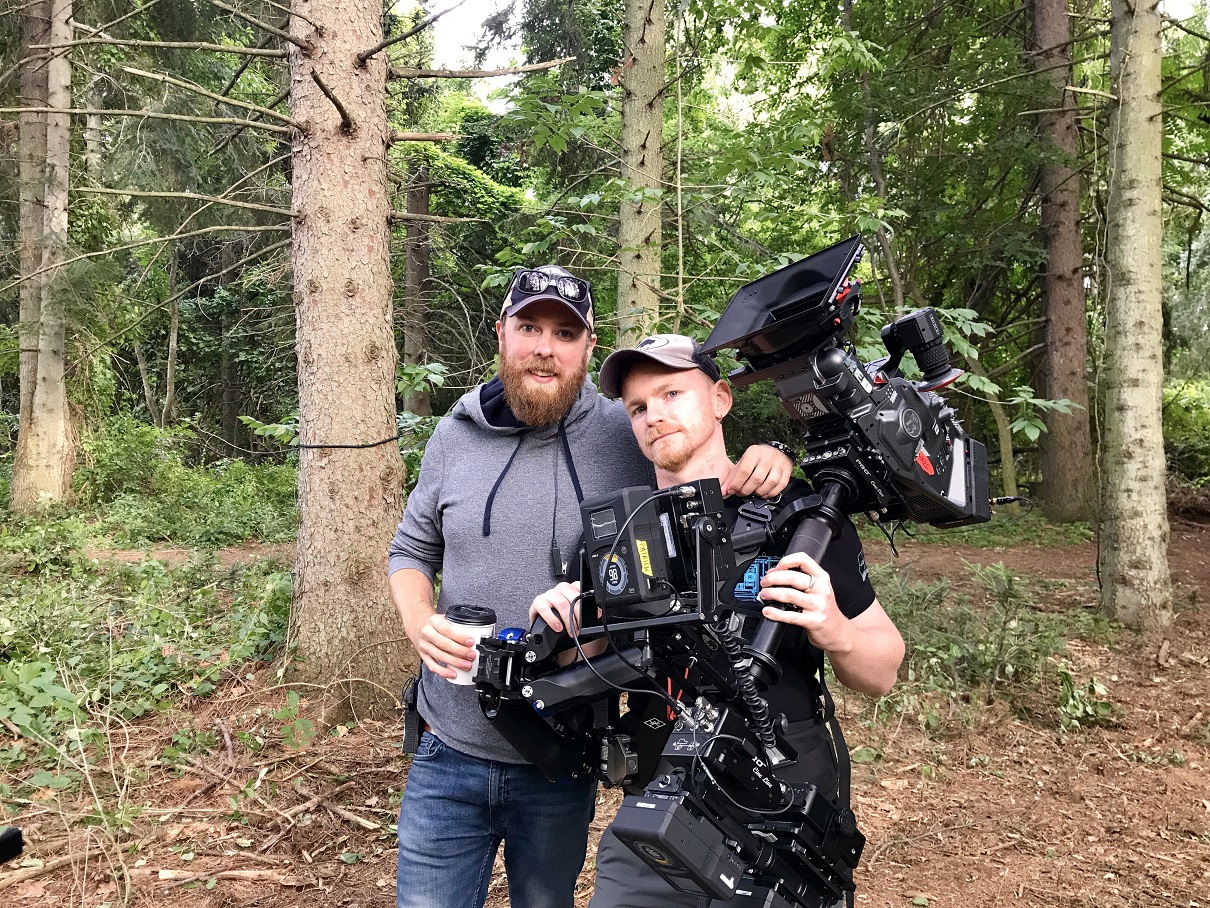 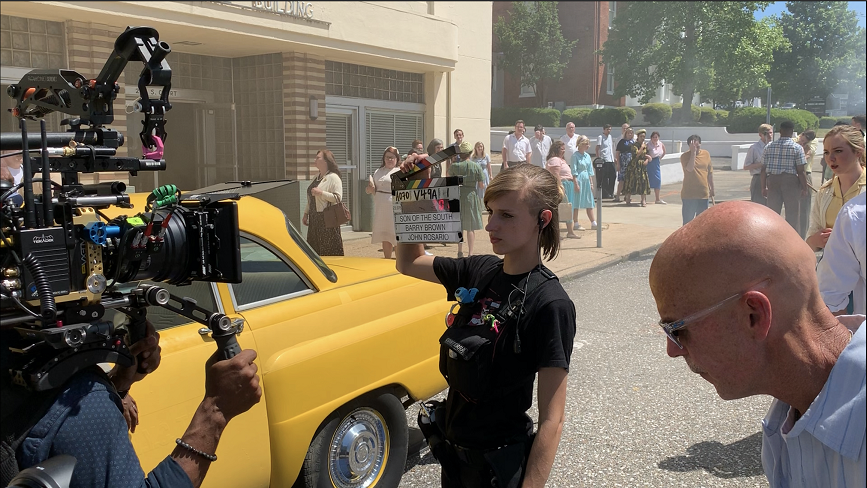 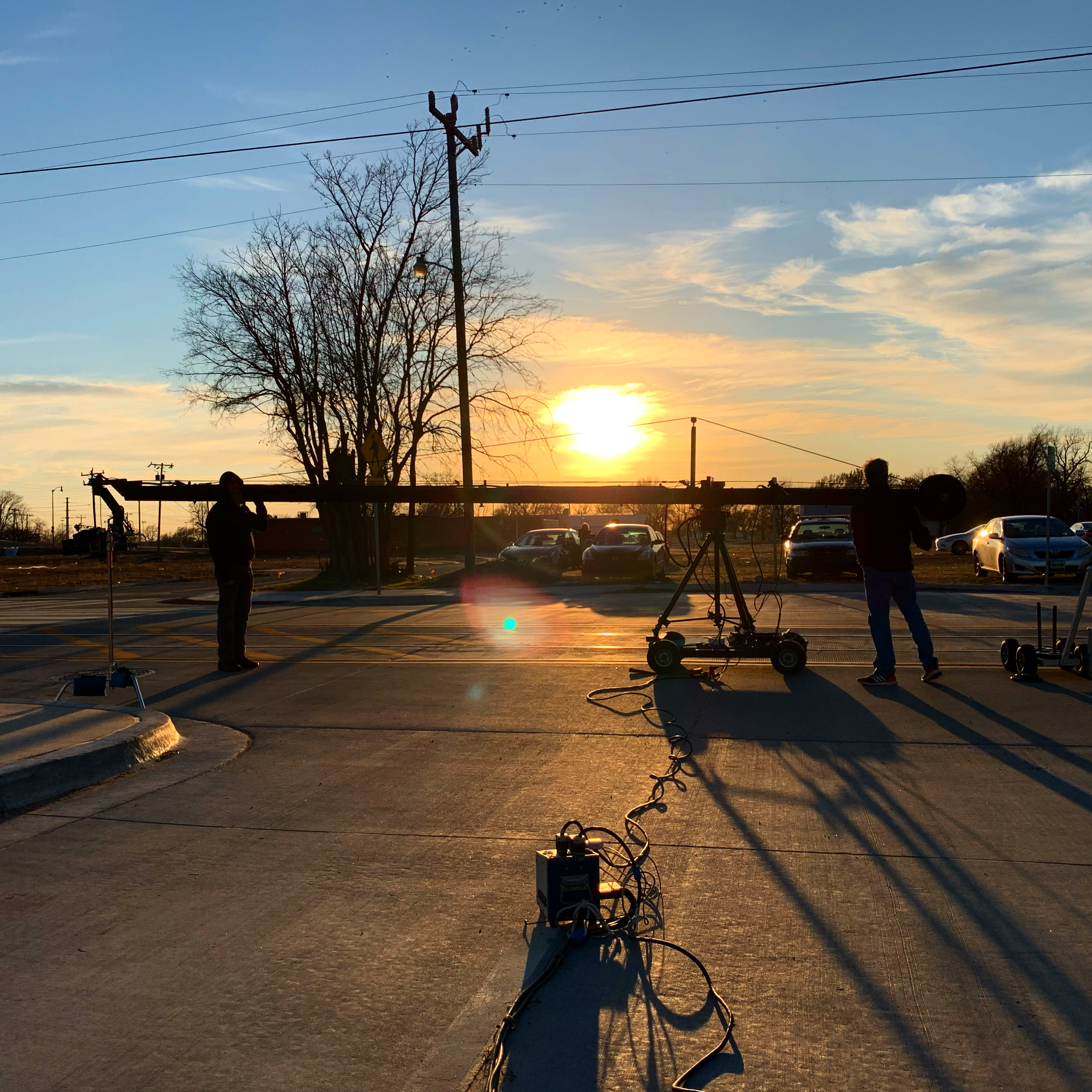 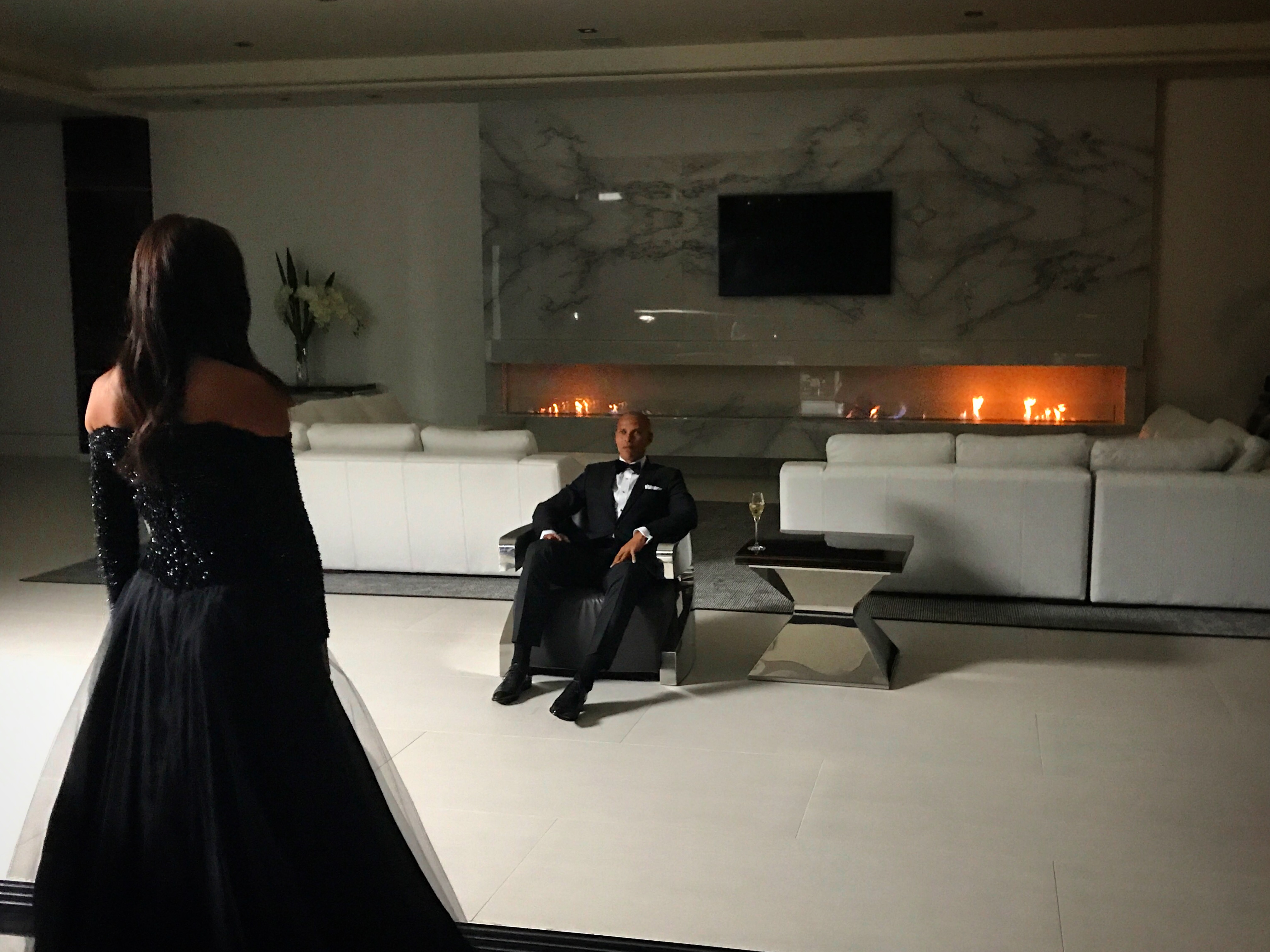 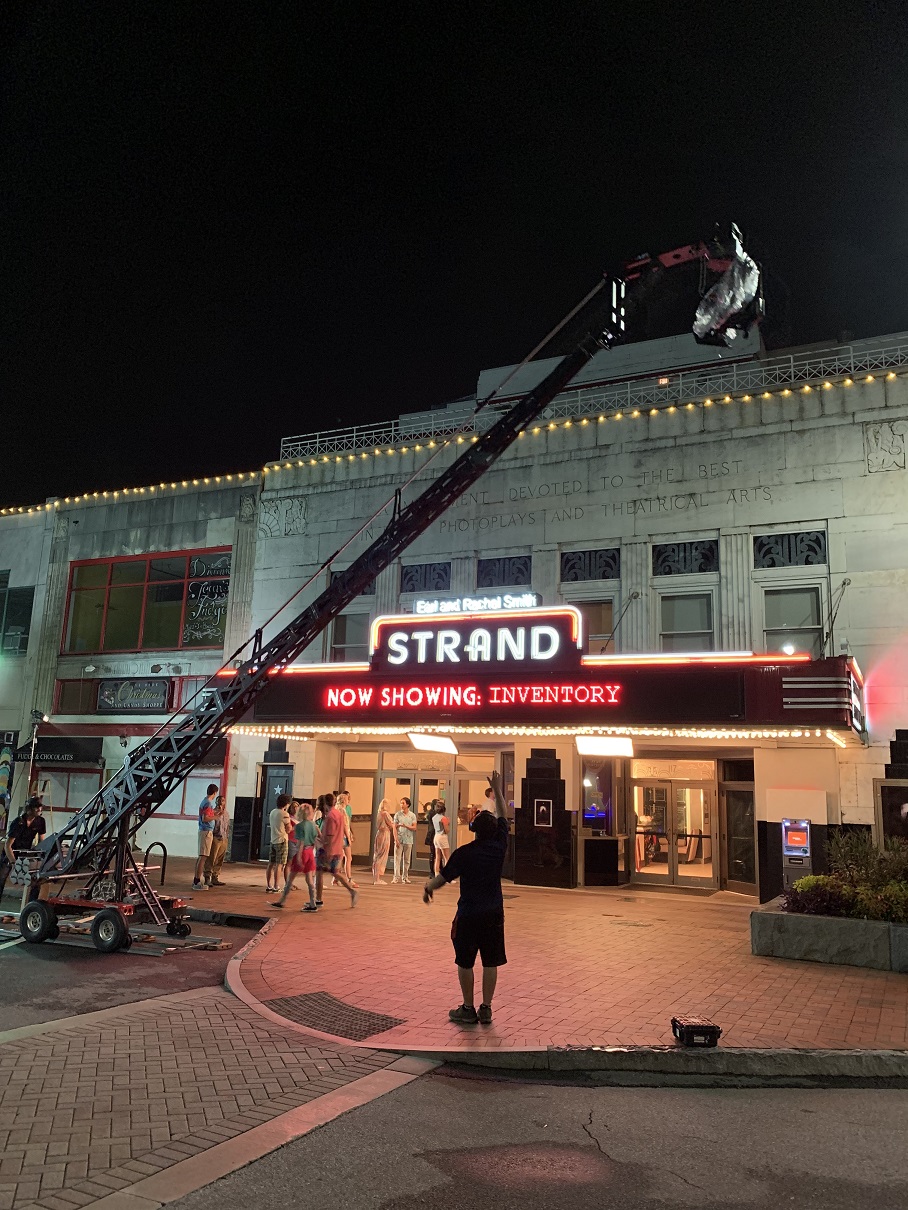 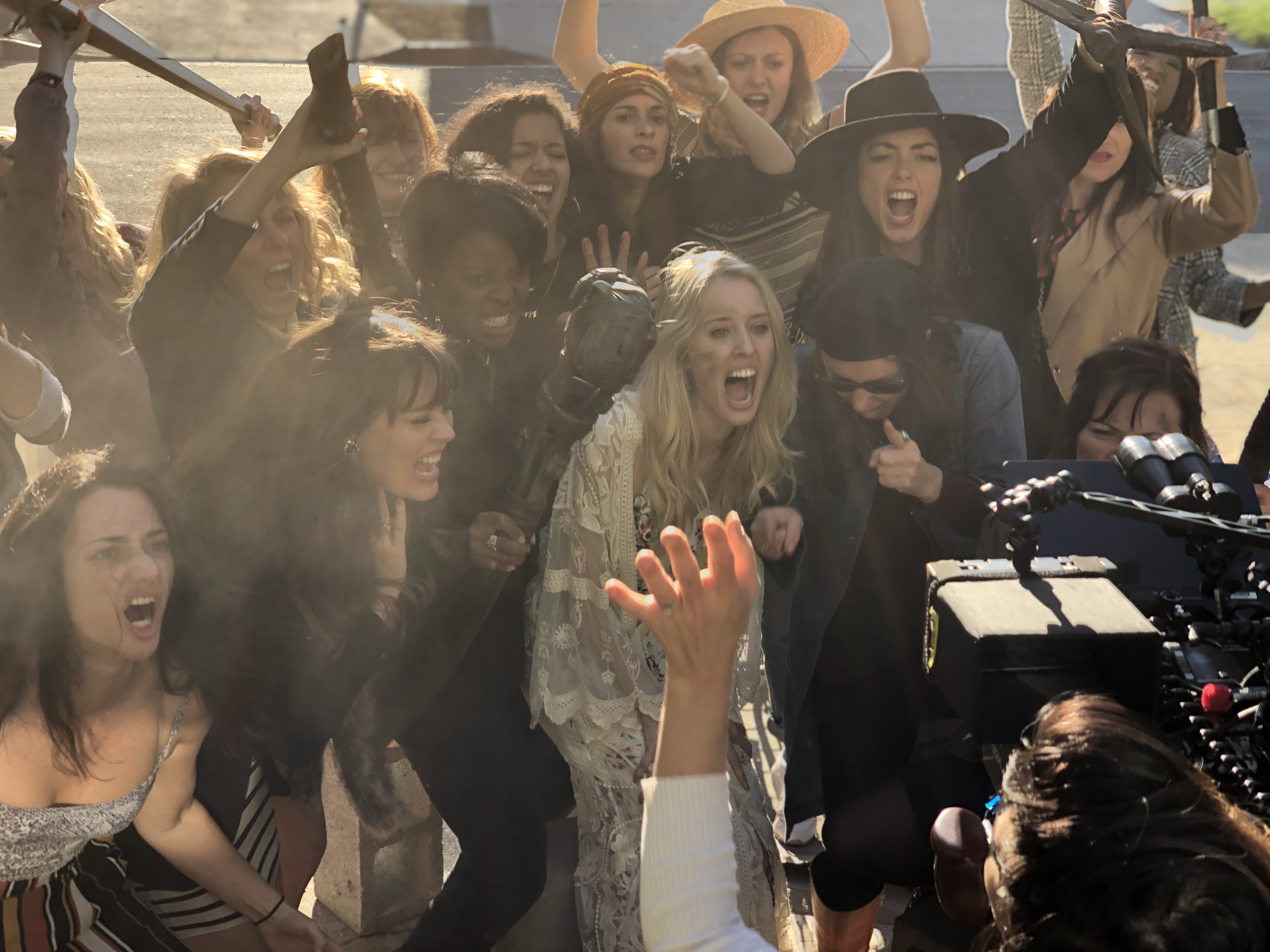