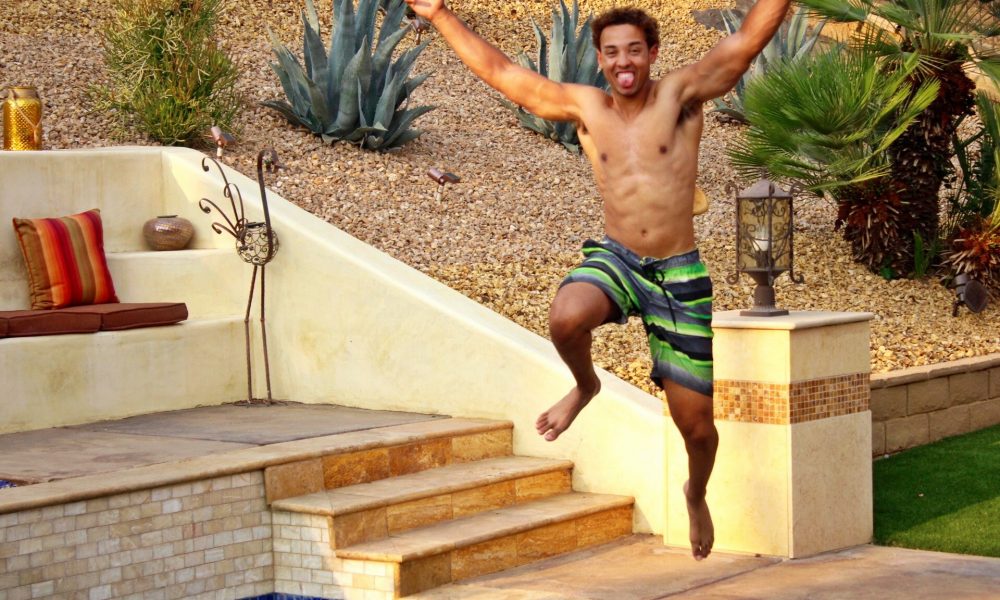 Today we’d like to introduce you to Blake Alexandros.

Blake, can you briefly walk us through your story – how you started and how you got to where you are today.
I was introduced to entertainment and performing in front of audiences as a young child model for Nordstrom. I performed in several plays and musicals at a small private school I attended with Snoop’s kids. I had parts in popular plays like Fiddler on the Roof and our childhood rendition of Rhythm Nation. I have had two loves in my life; football and entertainment. I started playing football at age seven. I brought home a flyer and my parents agreed to let me play. Football remained the most important thing in my life until I entered junior high school and had the opportunity to work a soundboard which gave me my interest in broadcasting.

While attending football games at USC I met Stuart Scott of ESPN, someone I considered my mentor. He told me to be a better broadcaster than he was. I was blessed to see him shortly before he lost his battle with cancer. I had the opportunity to work as an intern at CBS during my senior year at ASU. I had so many opportunities afforded me while working on The Jeff Probst Show. My exposure resulting on the CBS lot was the reason I caught the acting bug. I am very grateful to a close family friend for extending me this opportunity. I graduated from ASU from the Walter Cronkite School with a degree in Broadcast Journalism. I then started to pursue a career in acting and modeling. I have been on many well-known television show sets in the Los Angeles. I learned very quickly that the road to stardom would be in the hands of others if I did not take the reigns of my own journey. I had a story in my head that I wanted to get out, so I decided to cast, write, direct and produce my own feature-length film. #GOALS is based on real-life events and is a labor of love. I wanted to develop a love story from the male perspective, but more importantly, I wanted to act. What better way to perform than to write a movie with your life as the influence?

A few years back, my family and I had a radio show called Bridging the Gap that we wrote and produced ourselves. It was one of the major introductions I had to my career and company development of ModLegacy Media. Our tag line for the show was “We are an everyday family talking about everyday things that not everyone wants to talk about.” In fact, we are resuming the show as a podcast in 2020. This experience afforded me the ability to learn and create. I was able to develop a show and manage all aspects of its production on a weekly basis. I believe we were really ahead of the podcast wave to tell the truth.

I decided that if I wanted to act, I would have to develop my own content and cast people I knew could play the other roles. I am huge on collaborations as well. I have several up and coming artists that I am working with for other projects I have in development. I am in final stages of developing a unique take on marketing and branding. for other filmmakers and entertainers. In this journey, I have developed a clothing and shoe brand under the ModLegacy umbrella as well. The shoe line will be premiering first in late 2019 and will feature luxury handcrafted sneakers. The clothing line will premier in 2020 with a line of unique, casual, comfortable styles. We are emerging as social arbiters and community trailblazers with a cross-generational eye for fashion at an accessible price point. Our tag line will be “Come in Style and Leave in Legacy”.

Family means everything to me. ModLegacy Media originated from my loving family. I wanted to create a family legacy we would all be proud to be a part of that would signify how close we were through offering creative media works that promote positive messages about love and family. My family works well together and we compliment one another. We have great ideas that compliment one another, but we don’t always agree. Everything I am is the result of my family’s selflessness, sacrifice, teaching and grooming. They filled me with self-confidence to afford me the opportunity to pursue any path I choose to take.

Great, so let’s dig a little deeper into the story – has it been an easy path overall and if not, what were the challenges you’ve had to overcome?
I wish it had been a smooth road without obstacles! I had to recast several parts and change my script to fit unforeseen situations that arose day-to-day on filming days. It became a funny thing to me and totally took me out of my comfort zone. You see I am a creature of habit. A typical Capricorn, I prefer to plan each and every moment of my day and life. Well, as life would have it, I have learned the lesson of flexibility. And if that wasn’t enough- I lost the entire movie days before the screening, which I had scheduled to screen months before at Lionsgate.

The culprit was a crashed hard drive and I only had hours to re-edit and complete post-production sound of the entire movie before the screening was scheduled to take place. I got it done; somewhat. The sound was not what it was supposed to be, but I was able to put the move back together and the screening took place. I am now seeking assistance on some of the post sound production to perfect the movie, but I am happy that I was able to save it.#GOALS was completed after many months and the amazing contributions of friends and family. The casting, filming, editing, re-creation and all was all worth it. I am so humbled by this creative process and the personal growth I have achieved. It is definitely not for the weak. Shout out to @TheDavidAArnold for that phrase!

Mod Legacy Media presents #GOALS – what should we know? What do you guys do best? What sets you apart from the competition?
ModLegacy Media and ModLegacy are family-owned companies that produce entertainment projects and clothing respectively. Our brand is all about a cross-generational eye of the world. We aspire to be social arbiters and community trailblazers with an eye for fashion, style, comfort, and statement-making fashion and media projects.

What moment in your career do you look back most fondly on?
Finishing the film, of course, was amazing, but deciding to write the script and completing it surprised me most of all. What was even more remarkable was the fact that the script yielded a feature film. When I started, I thought this would be a short at best. As I continued to write, #GOALS continued to develop and a feature film emerged. The direction and production of the film was natural and proved to me that I could actually do this. I am proud to say that I was able to achieve this accomplishment, but I needed to prove to myself that I could do it. Now, I know what I can do and I am proud of my flexibility and growth as a person and a film maker. 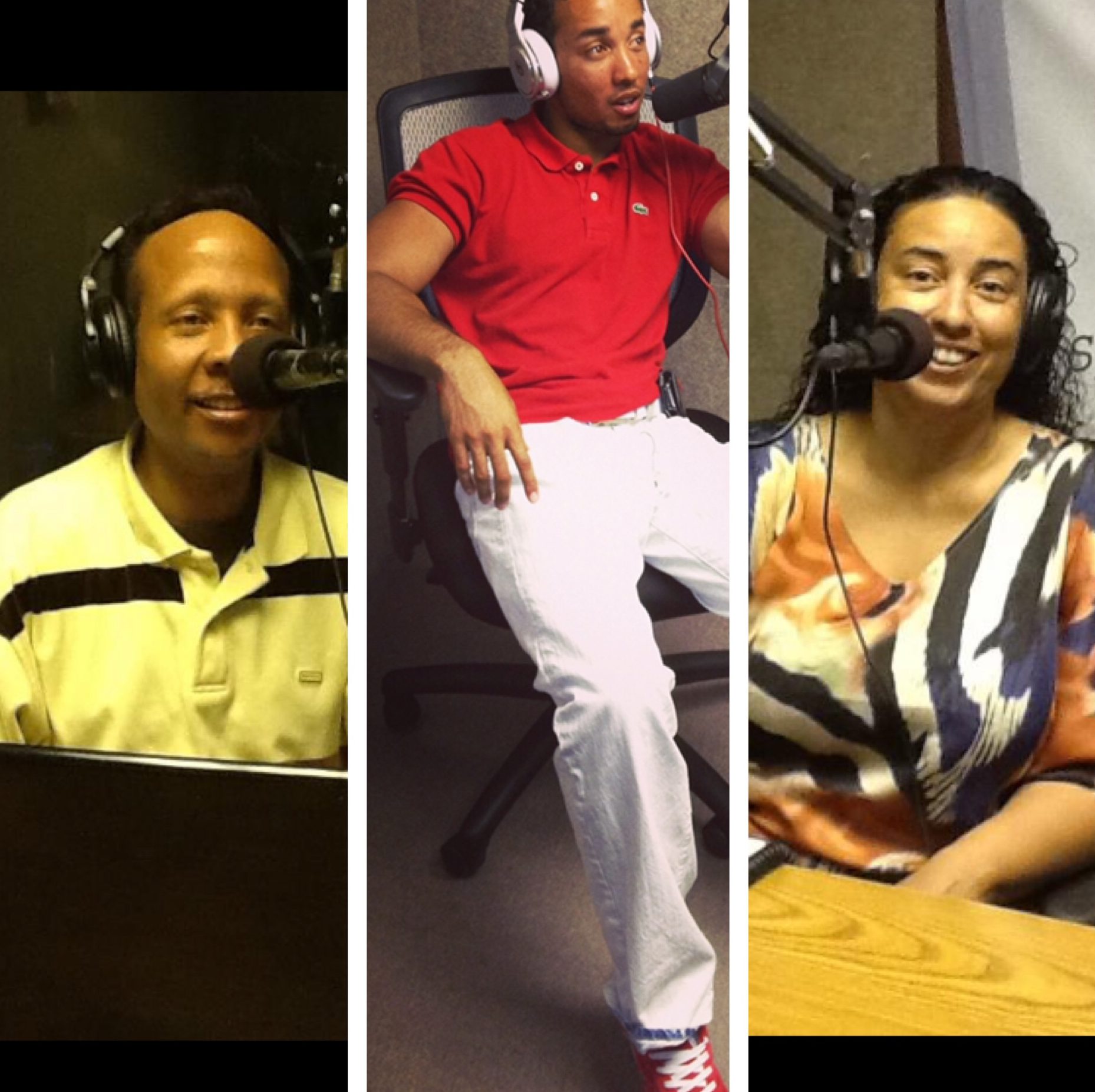 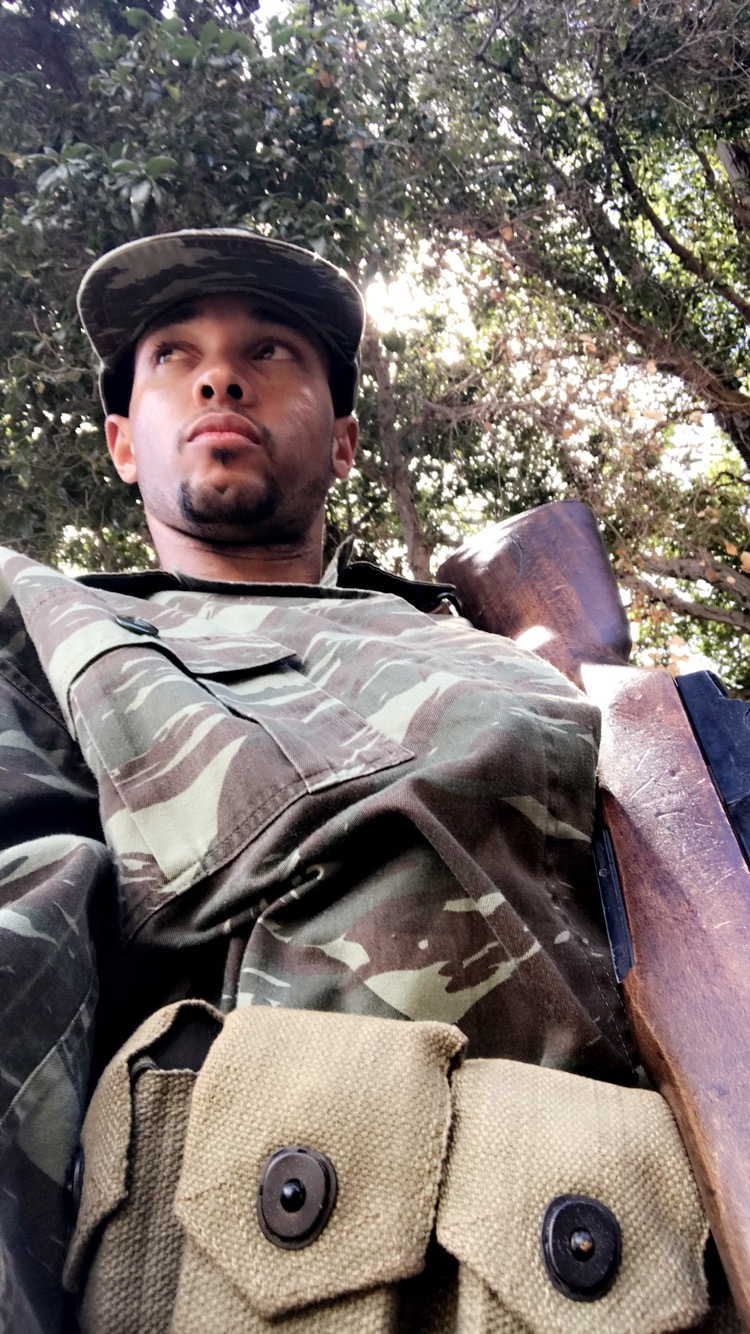 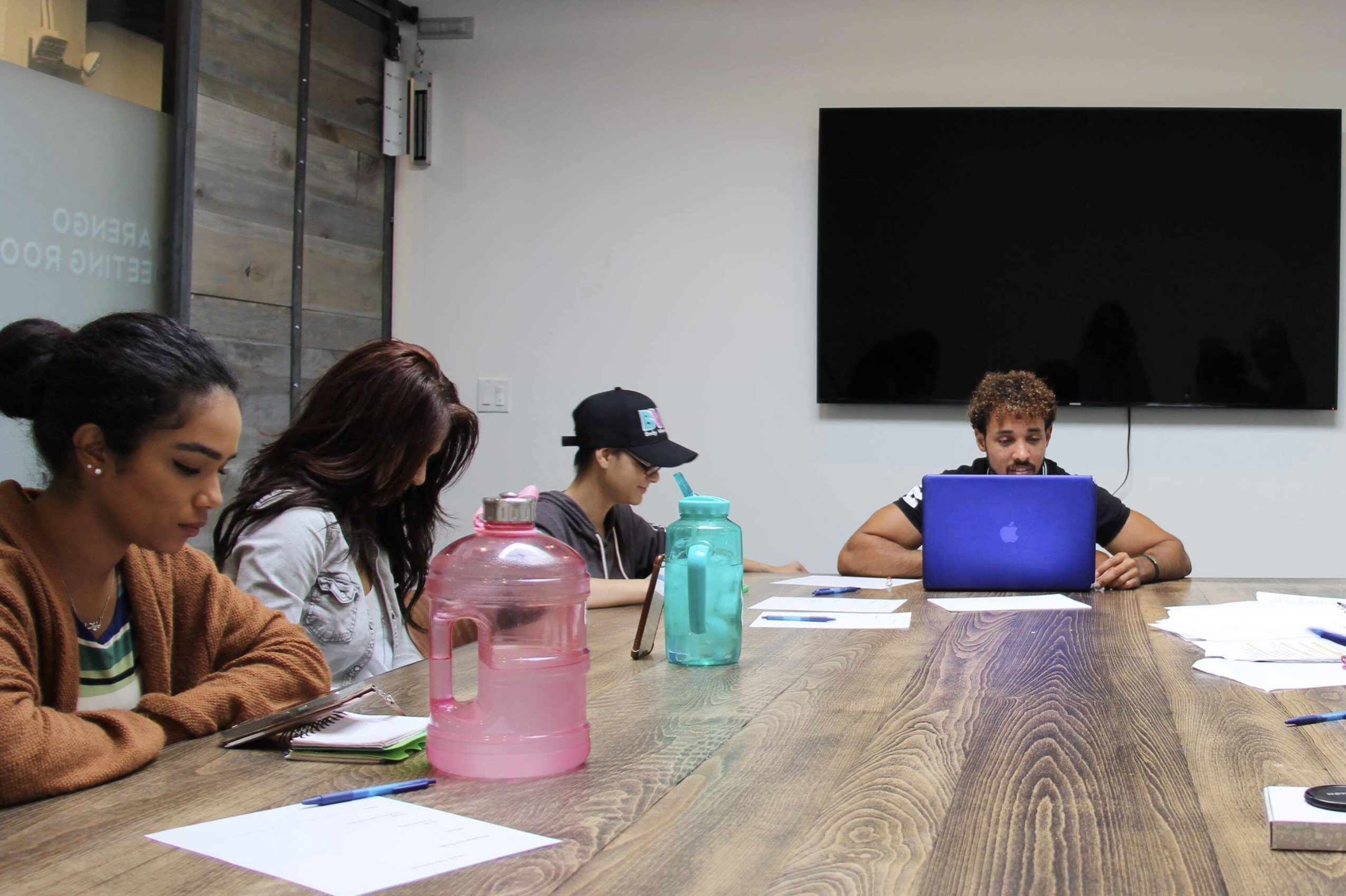 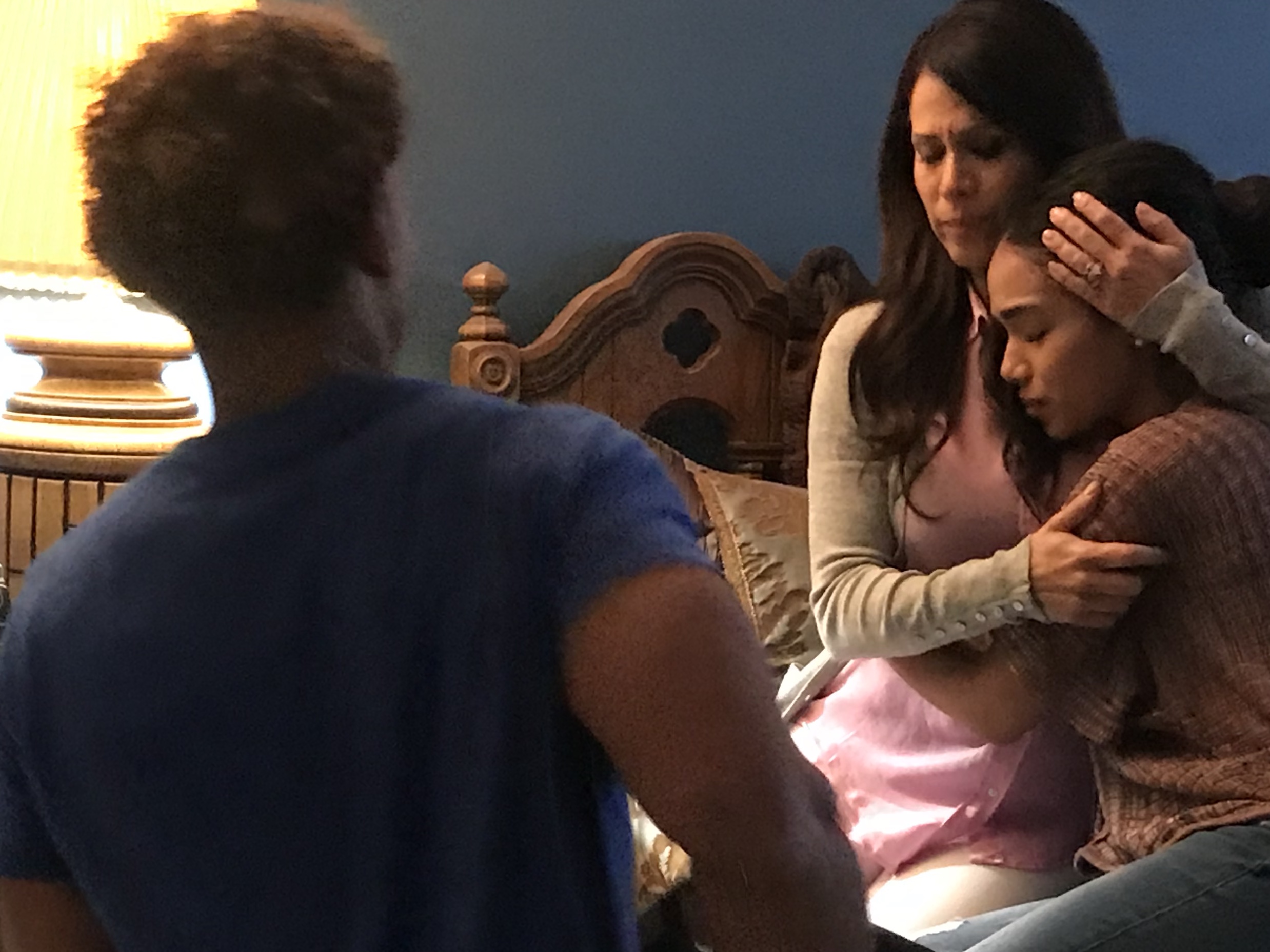 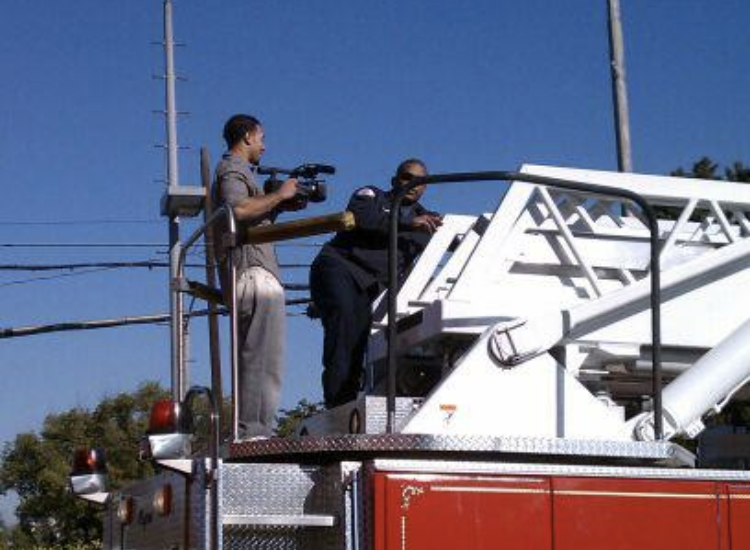 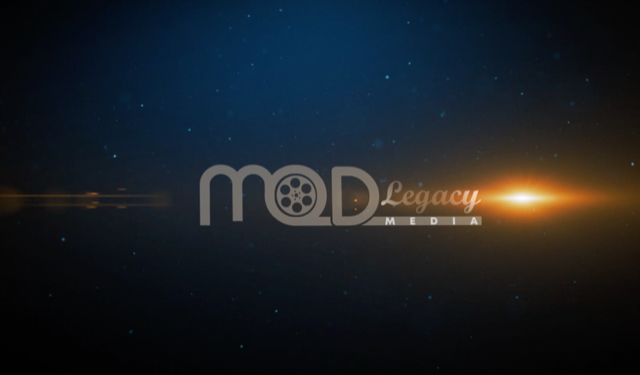