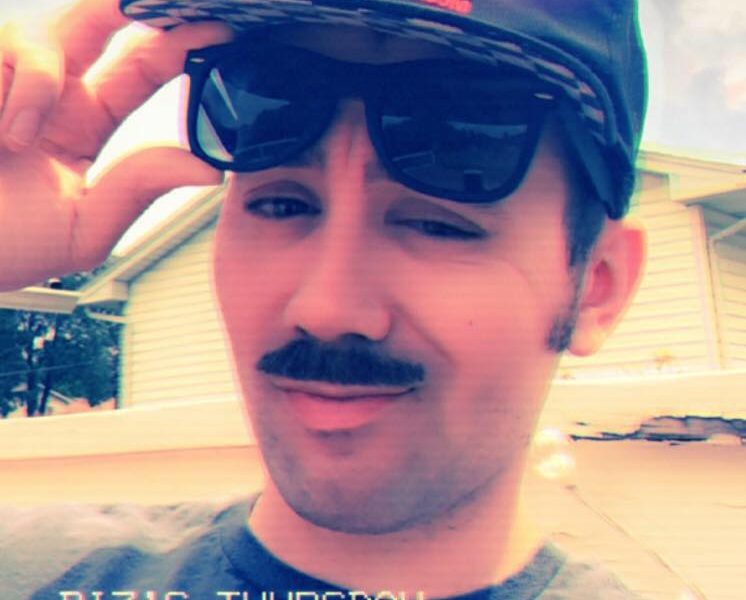 Today we’d like to introduce you to Biz LaChance.

Biz, can you briefly walk us through your story – how you started and how you got to where you are today.
My story begins with a want to entertain. From a young age, younger and more unaware than I care to admit, I have had a passion and a drive to entertain people. Before you start thinking too hard what this could mean, I will gladly elaborate. I was fond of joke telling and impersonating actors and “funny people” before I was in my double digit years. My mother and grandmother helped by giving me the constant reassurance that I was talented and that the “room” wasn’t the same after I left my mark.

I was lucky enough that by the time I realized I wanted to be an entertainer in some capacity, I was in high school. I was attending School of the Arts in Rochester, NY. I majored in writing, and LITERALLY almost failed out of the major! (The school was strict about keeping your major in tact due to it being an anomaly in the public school system.) It was during my junior year of high school that I was required (for my writing major) to take a Play Writing class for 1/2 the year, and a Film History class. (This was the only time in my entire high school career I pulled above a 75% in a class for consecutive marking periods.) But this was it. This was the first taste of how real my talent was, and how it could reach an audience.

I was chosen to have a comedy play I wrote come to life that year at the playwright festival the school had annually. The show was a success! I was given the opportunity to direct actors into acting the way I envisioned them in my head while writing… It was nothing I ever experienced before! I fell in love with writing and started taking it more seriously, and even began writing without the prompt of an assignment to start. The remainder of the year we learned how film started; how it went from moving photos to full-blown “Golden Age of Hollywoodland” and everything in between. Due to my success in the playwrite festival, I was given the okay to direct the short film we had to produce at the end of the semester. My team and I crushed the assignment.

The following year I was asked to help co-direct the entire festival — as well as including a sequel to the play I wrote the year previously! I graduated high school with the plan to hit California that summer and see how possible it would be to get into film making. Little did I know, I would become distracted with college and life to the point that I didn’t even take making films as a possible way to make a living. Before much time, I met my girlfriend and we got married. We needed stability when we wanted children so I worked for a company for years before the opportunity to work in film came about again. I went back to writing.

From 2011-2016 I wrote a novel. Crime-Fiction. LITERALLY FOR THE SOLE PURPOSE OF PRESERVING the story and characters that I came up with. I did not consider myself a writer, even after years of writing and publishing a book. My wife and I had our second child. While at the company, word of my creativity got out and I was brought into the North East Video Production Team to assist with making training, specialized items, and promotional videos for the company. The business shut down in early 2017. I decided to start back at the film making dreams to make a living…except I didn’t know where to start… I decided the best way to network with filmmakers was to act for them. Since no one wants to hire someone with limited experience to use their expensive equipment, I thought I could act enough to at least rub elbows with the right people. It wasn’t until that fall that I finally nailed my first paid acting role with my oldest daughter. That was the springboard I needed.

My IMDb currently has me at 25 titles. I have always said that acting was my “gateway art” and I accidentally fell in love with it. I originally thought I wanted to direct and didn’t know anyone thought I could actually act. But now, I see myself as a natural actor, with a passion for producing, but not quite enough knowledge to call myself one and not feel a little fraudulent lol! People’s feedback, and their want for my success, has helped me see how possible my goals are!

We’re always bombarded by how great it is to pursue your passion, etc – but we’ve spoken with enough people to know that it’s not always easy. Overall, would you say things have been easy for you?
There was an opportunity that presented itself in the summer of 2018. An LA-based company was coming to my hometown to film an unscripted reality show. The show was projected to make its way to Netflix and I was hired as a Production Assistant. This was by far the largest film set I had ever worked on. Spanning just shy of 8 weeks and a cast of 25 and a crew of 250, it will likely be one of my largest ever (since I prefer Fiction Film and Series’ more than Reality TV.)

I unfortunately didn’t make it to see the final day of production (despite being the first and only PA hired for the first week of pre-production) because of an on set accident. While assisting the head of a department, I was the in the passenger seat of a Polaris Ranger (an off-road utility vehicle) and, in a horrific display of responsibility, the HOD sped through a stop sign and turned too aggressively, causing the vehicle to tip onto its passenger side. ***I was told after the investigation of the incident that the vehicle had been modified in such a way as to disable the sped limiter on it. The excessive speed at the turn caused the vehicle to slide about 25 feet, while my arm and foot bare the blunt of a 40 MPH impact.

I broke five bones in my foot…. and had two different types of skin-graft surgeries to correct the damage to my arm. Due to severity of both injuries, I was unable to bear weight on my right foot and could NOT use a crutch due to the injuries to my right arm, so I was wheelchair bound before finding my way to a cane some months later. Because of the law in NYS, I was offered some lost wages in the amount of 1/3 of the $11/hr I was working for at the time because lets be real… I never did it for the huge financial gain. I did it for the experience and opportunities and was told I couldn’t go after the production company, Netflix, or the Head of Department that caused my injuries. Which is okay, I never wanted to go after any of them.

But, because of the severity of the accident the Production Co and the staff quickly put distance between myself and them. These people that I had spent 12-14 hours a day with for almost the last 60 days acted like I was going to use their words against them. It was hard. It made me second guess my vision of what I wanted, and most importantly, it left me with a visual and constant reminder of where my priorities need to be; and what it looks like when I let an opportunity get in the way of the bigger picture!

We’d love to hear more about your work and what you are currently focused on. What else should we know?
Well, my business is acting and film making. I am 100% freelance. No tax ID, LLC or Inc. The branding of myself has been to ensure I am reliable and available to whatever local film community I am living in at the time. I’m set apart from my peers constantly and in many ways. One being that I stay informed about who can do what. Meaning that I can almost always get people in touch with the right people that can help them ensure their vision is executed, with the level of work that I would provide, if not higher. I also have a passion for the industry that I have only seen in one or maybe two other people. Not to say it’s not out there, it’s just I can work (no matter the actual time the shifts are) for 14 hours on a film set and when I’m done for the day, I have this sense of fulfillment and excitement that I feel like I could pull another 14 hours on another set. It’s a bit unhealthy how much I truly love the entertainment industry.

What were you like growing up?
When I was younger, I wasn’t really much to bat an eye at. I was a good kid, an only child to a single mother. I tried to keep myself out of trouble and found great inspiration in watching the likes of Jim Carey, Robin Williams and other funny actors. Something about the way they acted in their films spoke to me. Looking back now, I see that it was their want to be better for others, and their ability to find enjoyment in other’s enjoyment. 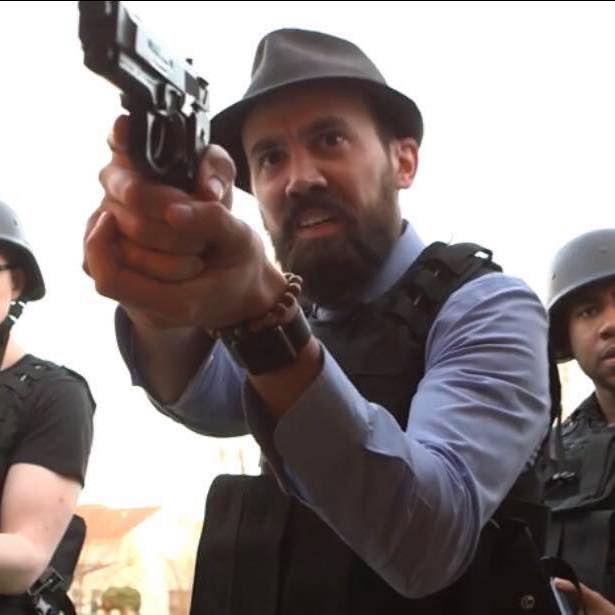 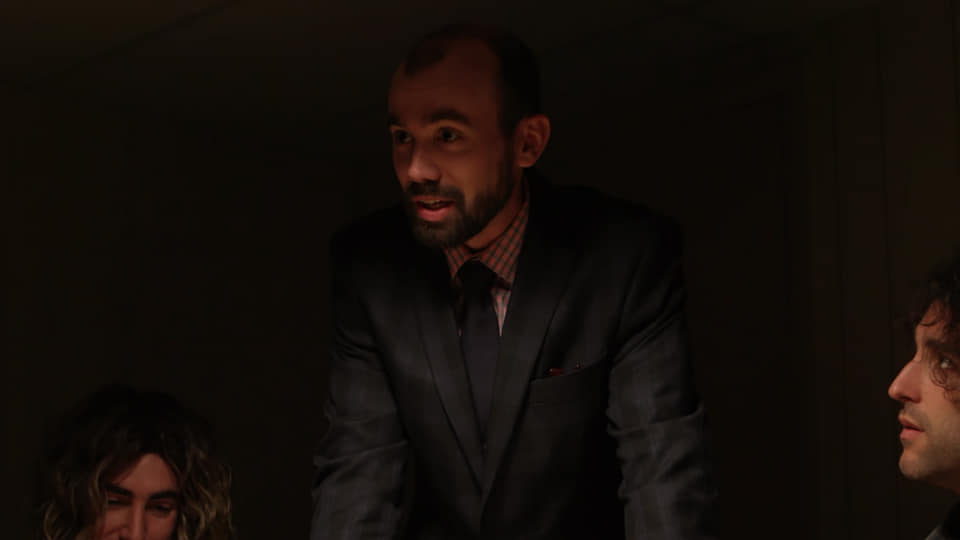 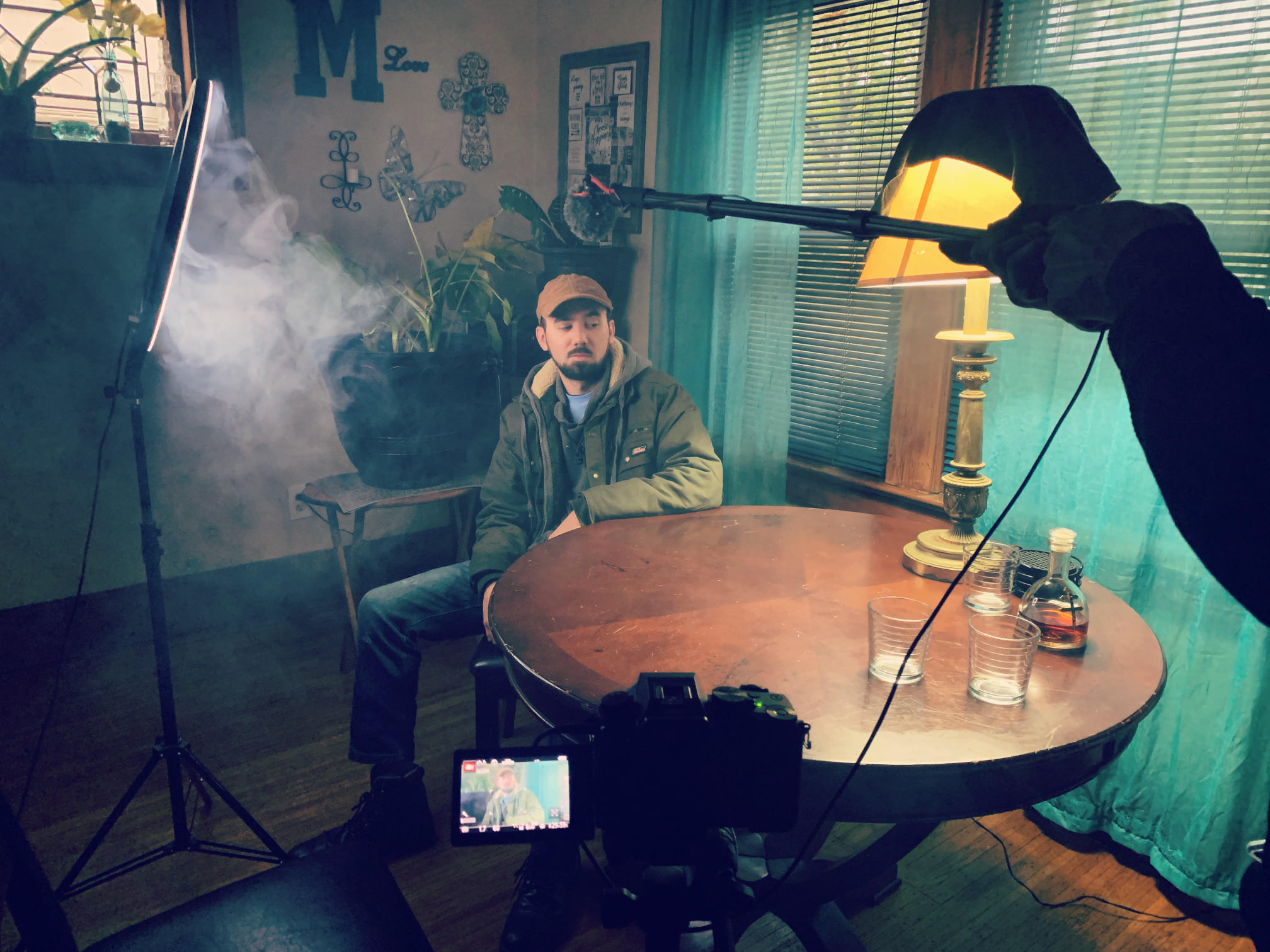