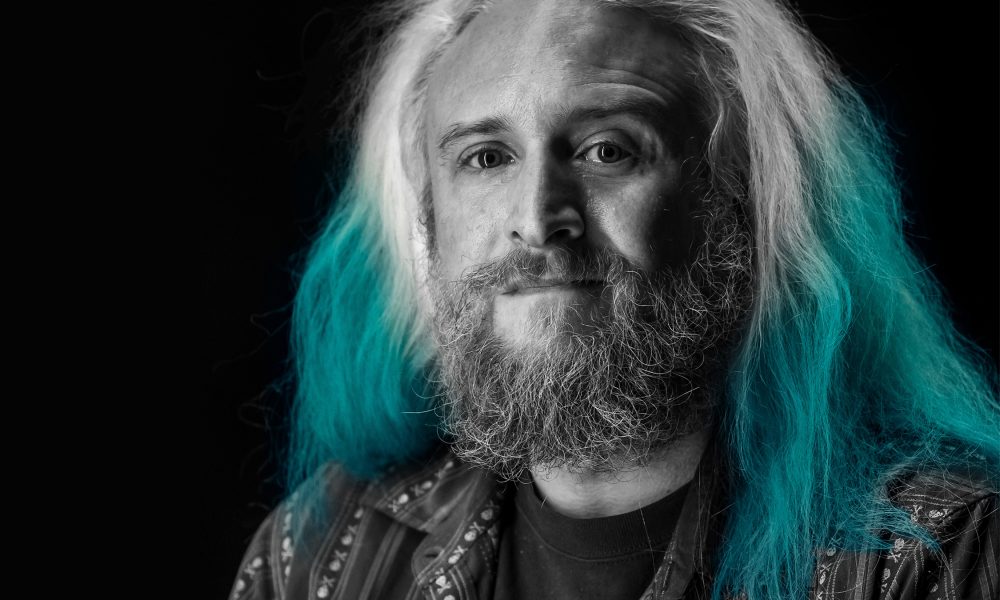 Today we’d like to introduce you to Billy Z Duke.

Bringing songsmithery back from the dead, reupholstering the zeitgeist, agitating the interdisciplinary melting pot, proving that rock & roll doesn’t have to die before, during, or after you get old…

The Wrong Windows officially formed in Los Angeles in 2013 from elements that have been hard at work performing for quite some time. Singer-songwriter/guitarist/ bandleader Billy Z Duke has been active in arts and music scenes for over 20 years, fronting bands in NYC (The Çhicàgø Máñüal ôf ST¥LE) & London (NAKED) during the 90’s while also continuing to perform solo acoustic sets of his original, highly poetic material. The current WW lineup includes drummer David Avery (who has been playing with Billy for close to a decade, and has also toured nationally with Ursa Minor, as well as providing rhythm for local indie rock outfits Mojo Rib, Lions & Poets, & OSO My Brain), bassist Jones De Freeuw, and lead guitarist Andrew Thacker.

For many years Billy considered music a side project, but after a de facto spiritual awakening in 2013, music moved front and center. The next 18 months were spent recording and producing a debut album, Days of Yore (featuring an earlier line-up including a different bassist & guitarist, as well as three female backing singers), reaching for an epic rock sound. Released online in April 2015, it contains five originals and three cover tunes. A long-gestating deluxe vinyl edition followed in October 2018. Including unique-to-each-album artwork handmade by Billy, in collaboration with Pirates Press and several other visual artists, signed & numbered copies of this one-of-a-kind package are available online and in numerous brick-and-mortar LA record stores.

In his own words: “Our debut album is both a throwback and a look forward, dealing lyrically with issues that include the bittersweet temptations of nostalgia and sentimentality, government corruption, institutionally sanctioned discrimination, and the great divides between our wishes and their fulfillment. I would say that the album is a time capsule of sorts, an attempt to express in artistic terms my take on the current state of affairs in our world.”

Overall, has it been relatively smooth? If not, what were some of the struggles along the way?
I would not say the road has been smooth. On the contrary, as soon as I decided to dedicate myself to the pursuit of music, it was as if all these previously innocuous elements of my life suddenly stood at attention and formed a line of obstacles directly in front of me. In darker moments, these obstacles were sometimes the only signposts letting me know I was still heading in the right direction.

Like the vast majority of creatives, I had (and still have) serious issues with the time required to support myself vs. the time required to pursue and perfect my art, which, at the time of this writing, is still not producing any significant amount of income. My “day job” has traditionally been working as an internet developer, which you’d think would provide for a more flexible work schedule, but usually, it tends to pan out like any other office job. I’ll readily acknowledge that it’s better than a lot of other options for full-time work (in the longest gap between internet gigs, I drove for Lyft for 14 months straight, which was both significantly less lucrative and far more maddening), but all of them leave me with too little time and energy left to devote as much of myself to music as I’d prefer.

Please tell us about Wrong Windows.
As a performing band, what has consistently set us apart has been our audiences’ inability to find apt comparisons to our sound… It’s obviously rock, definitely in the alternative vein, but we’ve gotten compared to acts from the 70’s, the 90’s, and the current decade with equal regularity. I’m well aware we’re not nearly as far out sound-wise as we could be, but still, most listeners tend to say we don’t sound all that much like anyone else, which I take as a point of pride, even though it makes finding convenient log-lines for self-promotion that much more difficult.

From a merchandising standpoint, we released our debut album Days of Yore on vinyl and figuring this might be the only time we did a vinyl release, we aimed to make the end product look like nothing else out there. Our Deluxe Vinyl edition includes almost all the bells and whistles that Pirates Press offered (translucent electric blue vinyl disc, custom-printed glow-in-the-dark DJ slipmat, silver-foil stamped slipcase with die-cut “windows” that open like an advent calendar to reveal pictures of the band members), and I’m still in the process of adding the handmade elements to each copy (a hand-stamped halftone-pattern on the enclosing polybags and die-cut alphabets made from various cards and paper objects I’ve collected during the decade or so I’ve lived in Los Angeles). It was super-expensive and took over three years to finish paying for (via crowdless funding, aka my own pockets), but I am extremely particular when it comes to artwork and presentation. And then, the longer it took to complete, the more ideas ended up getting incorporated. Things that seemed like inconveniences at the beginning ended up evolving into features, which, if nothing else, is the overarching lesson I’ve taken away from this project: everything can be made into art if handled with openness, patience, and positivity. And I say this while fully admitting I’m far from the kind of person who is in a good, receptive mood 100% of the time.

I’d say I’m proud of the fact that I’m still going, thankful that there are still talented folks willing to take time out of their own lives to play with and/or listen to me, grateful for the community of supportive musicians I’ve discovered in Los Angeles…

If you had to go back in time and start over, would you have done anything differently?
I would have started a lot earlier. I’ve been writing, singing, and playing since high school, but I really didn’t take it seriously until quite recently. I got distracted by life in general, but I’ve realized I want my life to be a lot more specific. I would love to tour, to get a sense of how the music might be received in different locales, but short of buying or building a truck that can transform into a stage (a prospective plan I have never completely ruled out), I don’t see an immediate path toward that goal… 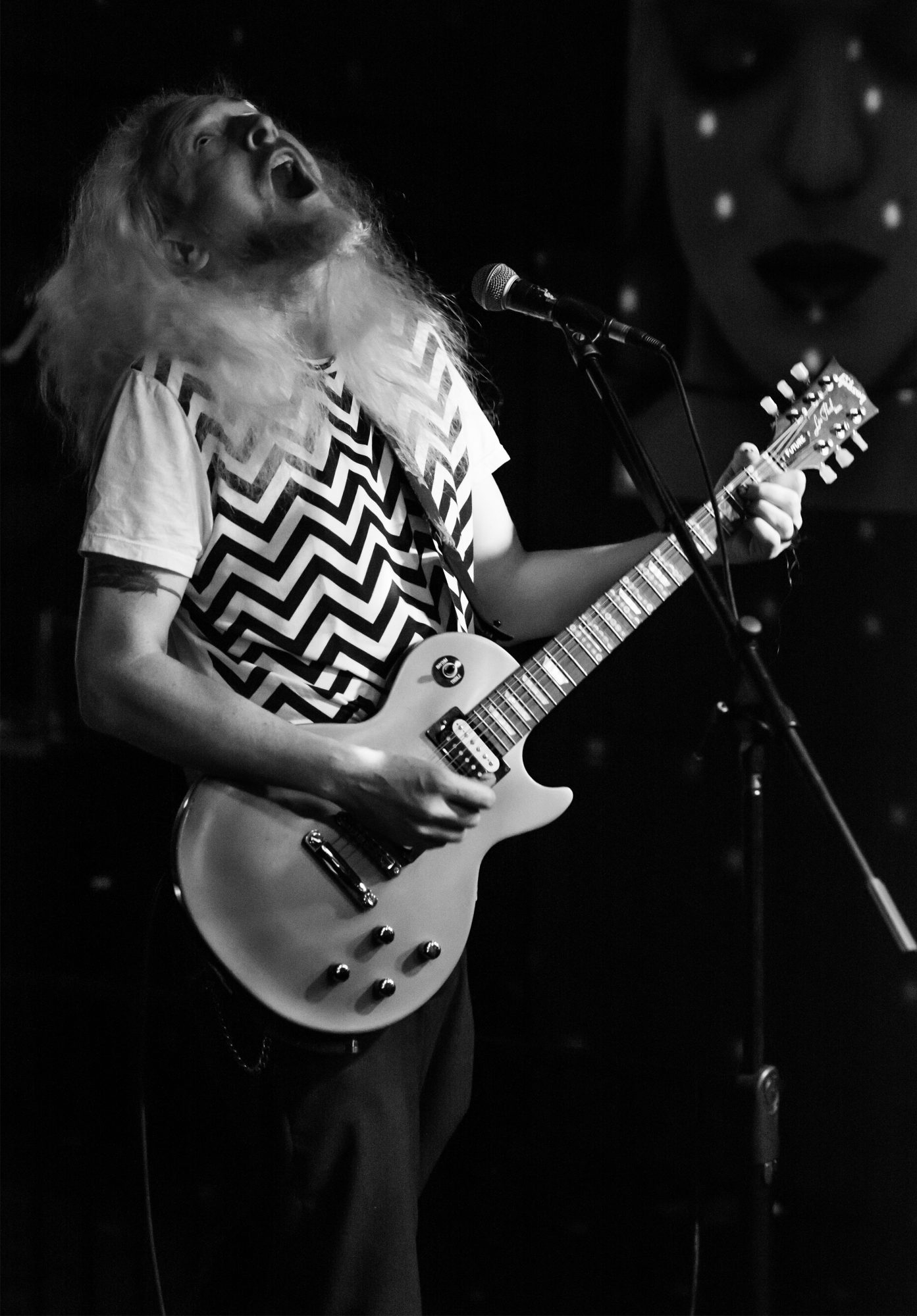 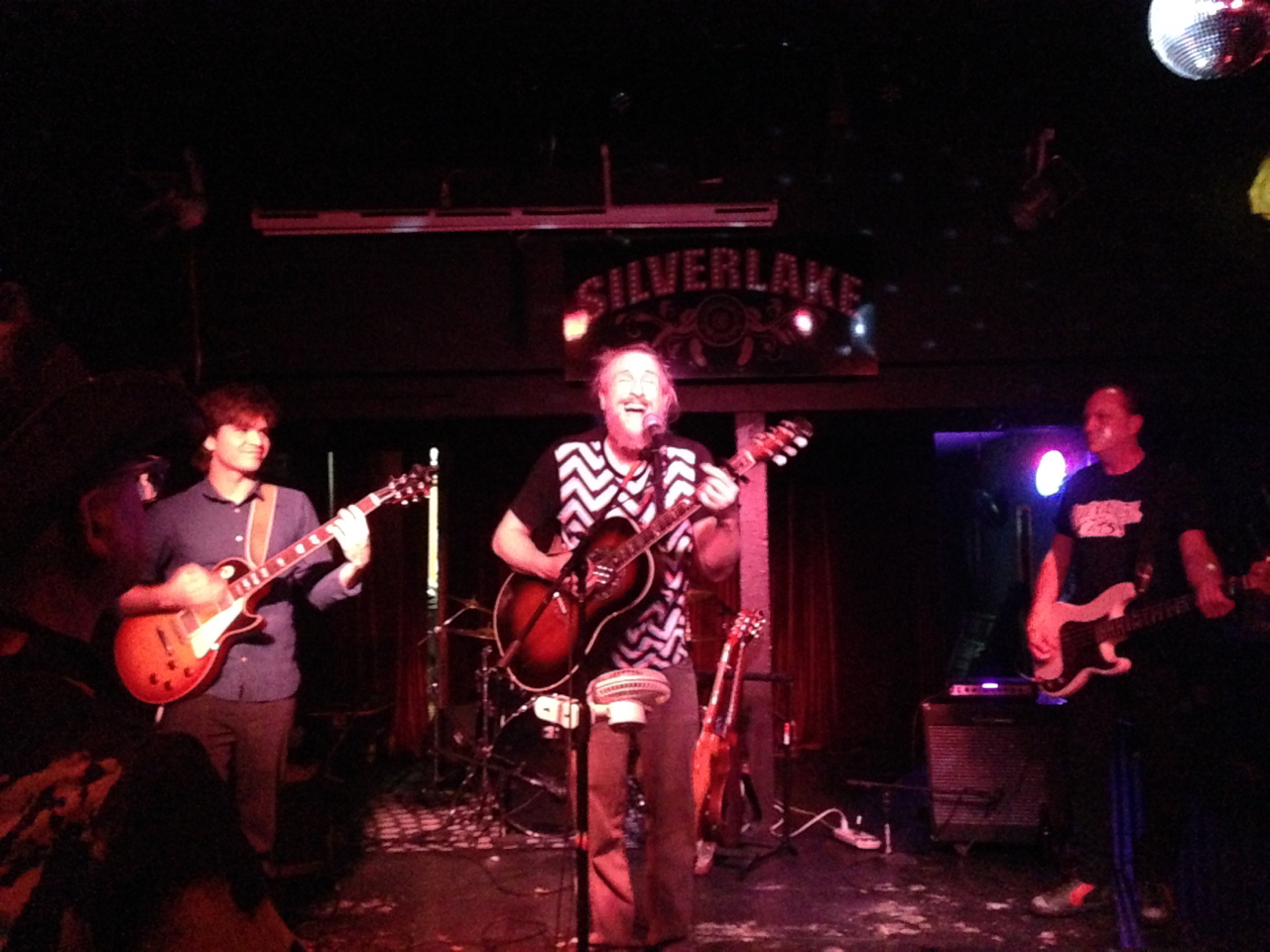 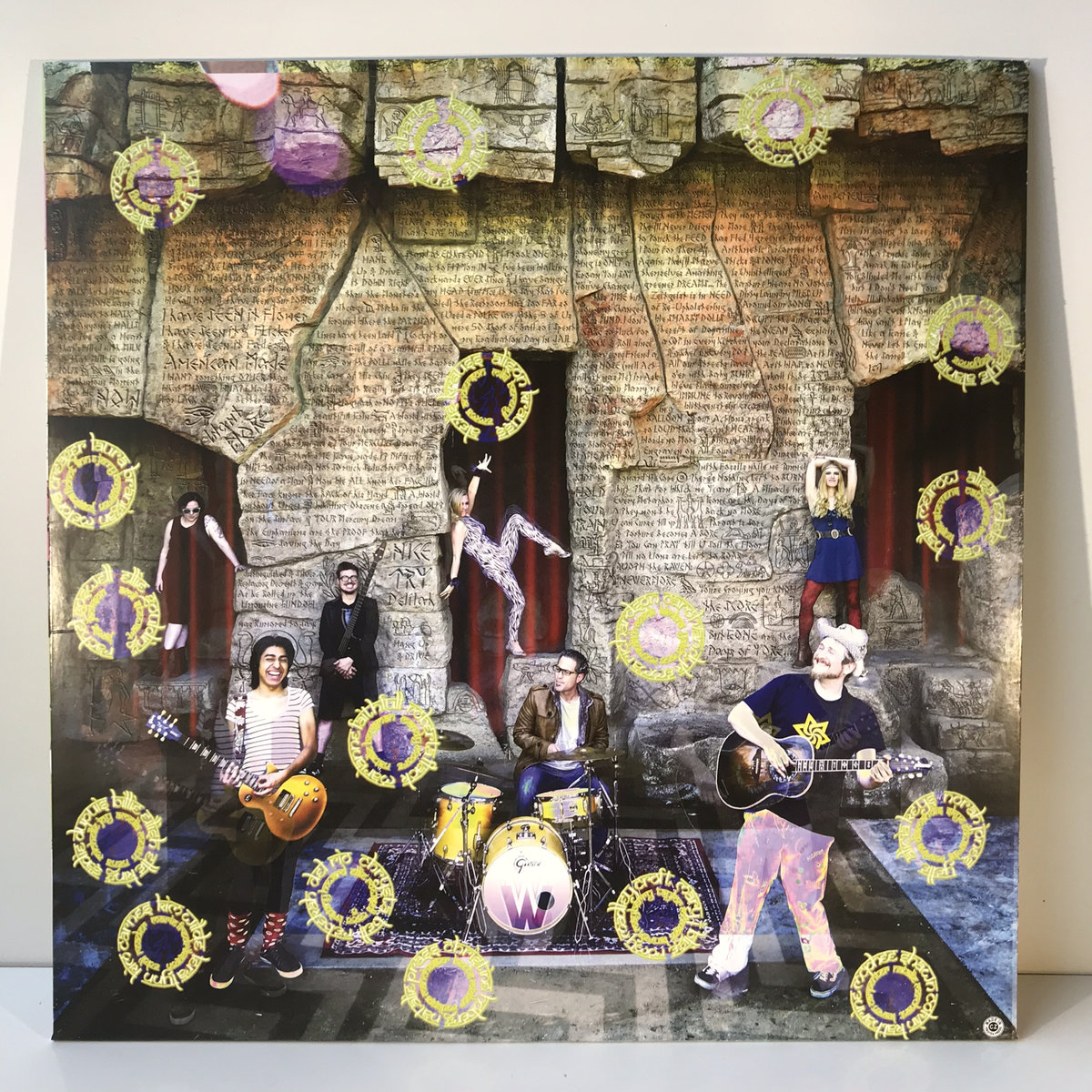 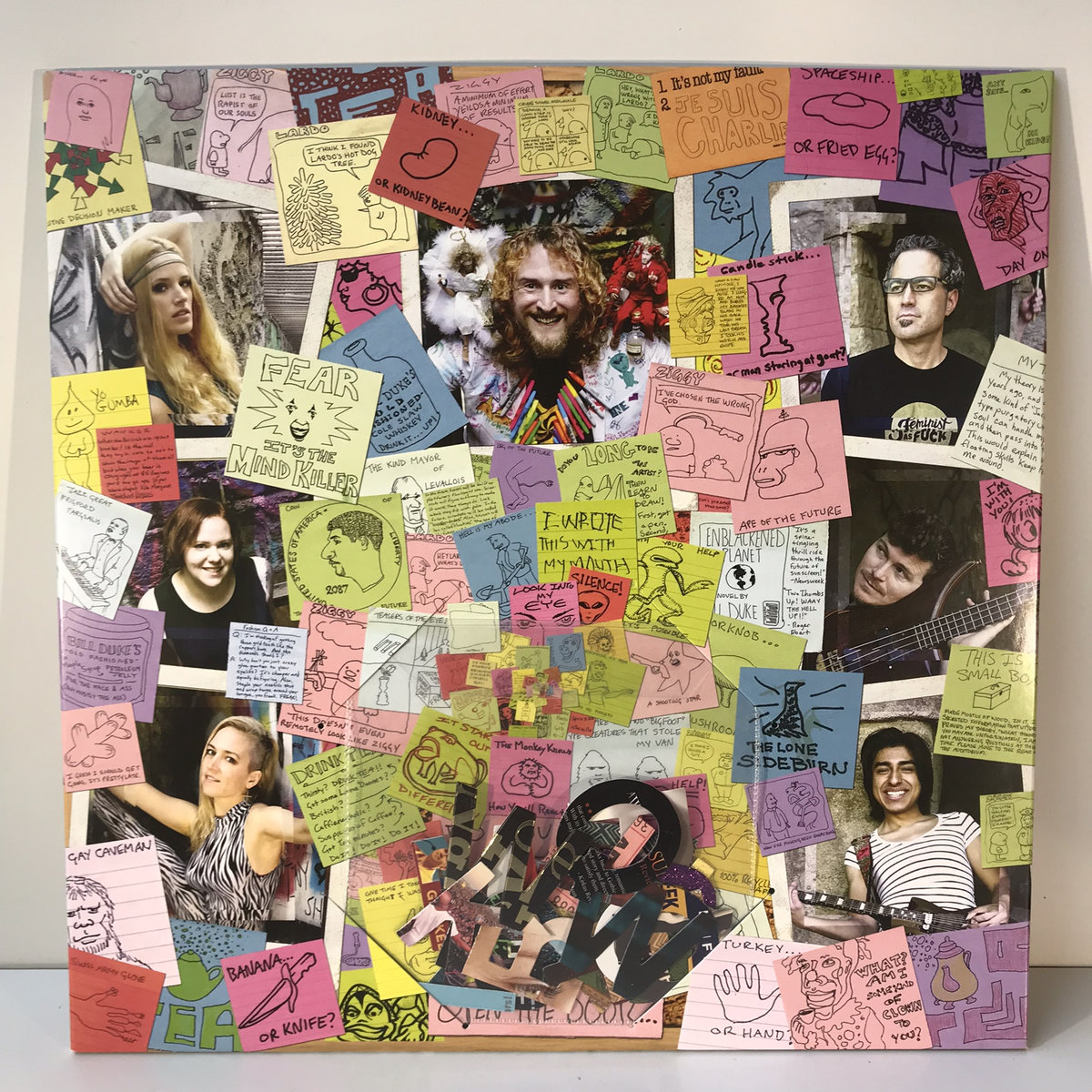 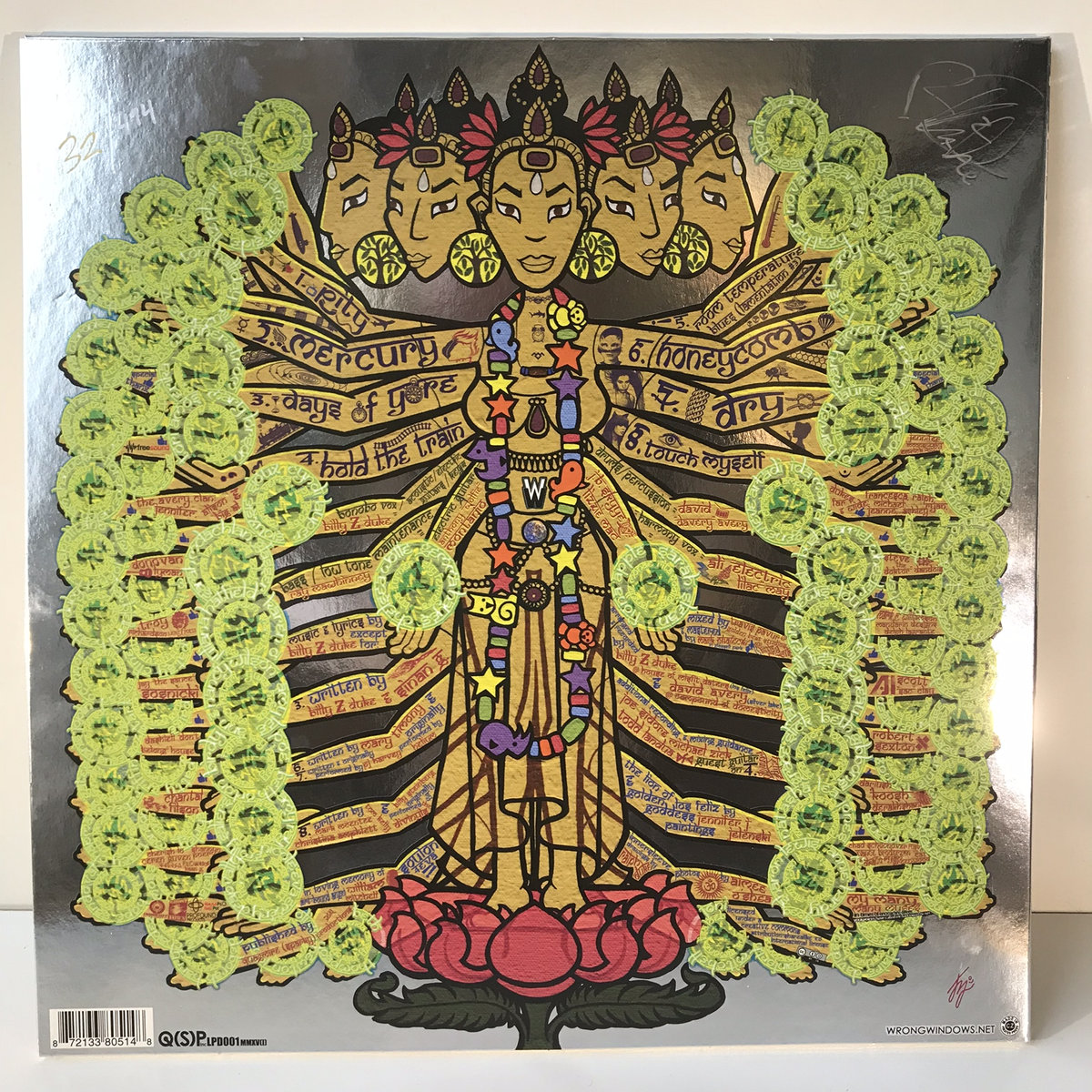 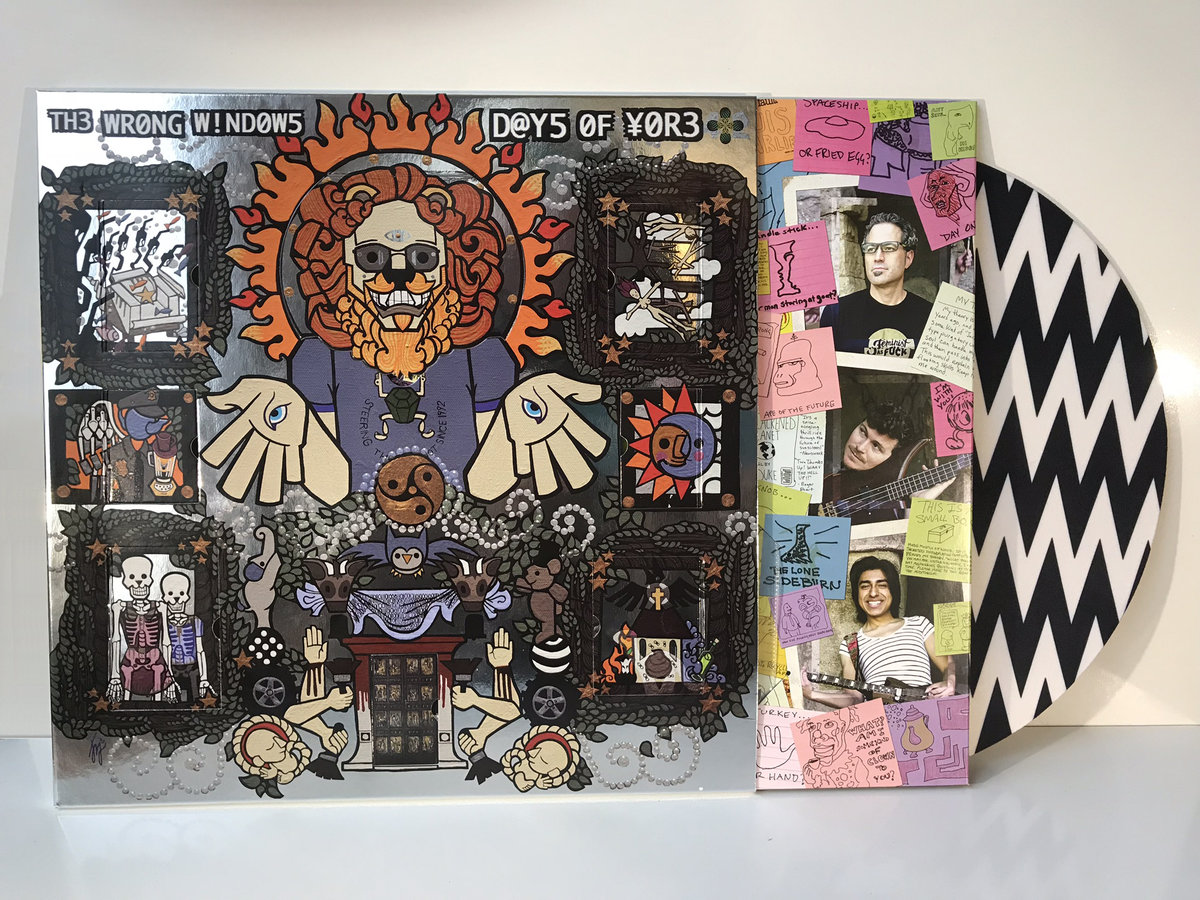 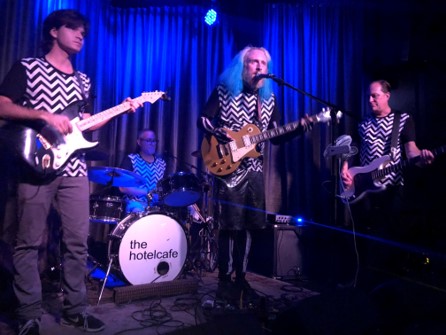