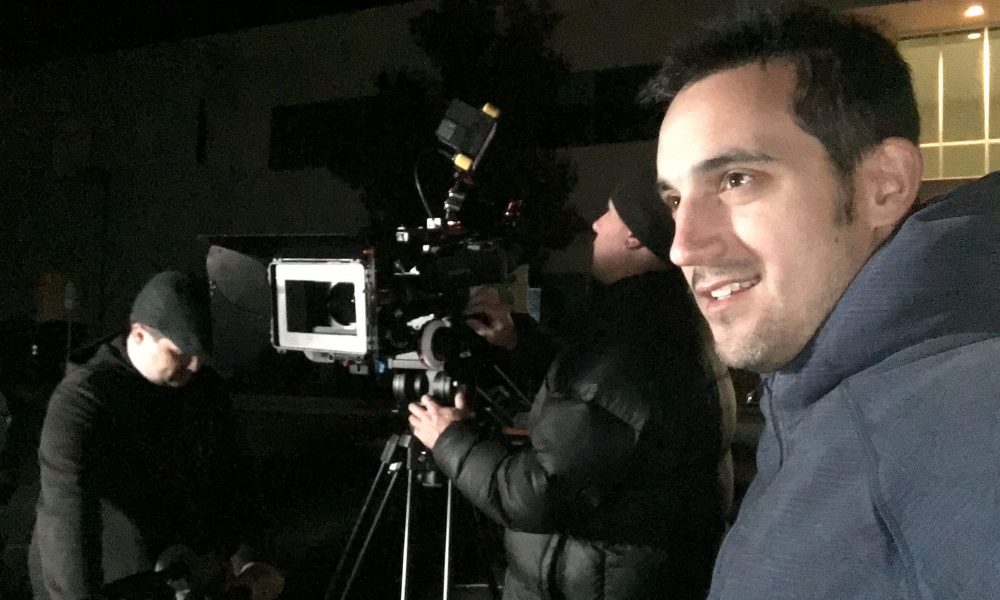 Today we’d like to introduce you to Billy Higgins.

Every artist has a unique story. Can you briefly walk us through yours?
I never thought I’d live in Los Angeles. There was this episode of that sitcom “Perfect Strangers” where the main characters visit LA and reinforce how it is “hot, smoggy, and the traffic is horrible.” There was also the two-parter “Seinfeld” episode where Kramer seeks his big break in Hollywood and says LA “is a cold place even in the middle of the summer” and that “it’s a lonely place even when you’re stuck in traffic on the Hollywood Freeway.”

Yeah. I watched a LOT of TV growing up in the San Francisco Bay Area. It was an escape. There was usually some tricky stuff going on in my childhood (not gonna tell you what – sorry – because if I ever make a movie about that I don’t want to spoil the plot – wink ) Thankfully,  I was fortunate that my grandparents gave me the best life they could and I had a lot of positive role models at school and in my friend’s families. Still, I was always hearing the same thing about LA that those sitcoms taught me (“it’s smoggy, it’s dirty, it’s dangerous, etc. etc.”) As a child, I did decently in school and always had great friends (including ones I made home movies with), but I was very introverted and terrified to grow up and branch out into the world.

Boy, did I shake things up when I eventually resolved to move to Los Angeles and study film at USC.

My goal was to follow in the footsteps of George Lucas, finish my four years at USC, and get a job at Industrial Light + Magic or Skywalker Sound (or whatever Lucasfilm division worked out) so I could leave LA, return to the Bay Area and never look back. But things turned out differently. Fortunately, I met my goals to a point. I got into the film school, I did an internship at ILM, and I was on my way to follow my plan. After graduating I did move home but finding full-time employment proved more challenging than I expected (classic story of a 21st-century college graduate). It was a tough summer. I couldn’t help but think, “What were those four years at USC for if I was just going to sit at home like a kid all over again?”

During that summer, I randomly decided to rent “Legally Blonde” on DVD. This may sound real silly, but watching the film made me realize how much I missed LA. I REALLY missed it. So I went back. Over that time, I got an administrative job at USC that got me an office and a way to get settled back into LA. I worked with some amazing people that helped me gain the confidence and perspective I always sought for myself. Meanwhile, I kept my foot in the door of the film and TV industry by script supervising and assistant editing on the side. Eventually, I realized that I really needed to be doing a job related to my craft full time so I moved to the multimedia team in the journalism school to teach video editing and audio production. I lived in LA for a total of thirteen years and learned to become the person I will be always wanted to be.

My exposure to journalism and the need to show the students how to produce and edit on a tight deadline enabled me to become very efficient as a media producer. This also translated into my independent filmmaking endeavors (I aim to be respectful of the time commitments of any cast or crew I work with and do my best to create a fun atmosphere on set). That efficiency also gained me a position at The Wall Street Journal (in the San Francisco bureau) as a video producer, as I realized it was time to leave LA and move back home with my wife and start a family.

Smash cut to today and I have a beautiful family and a fulfilling career as a corporate video producer and independent filmmaker. I have directed a couple of short films that have traveled the festival circuit (with another going through festival submission right now) and also recently completed my first feature-length independent film editing project (a tongue-in-cheek sci-fi/horror flick directed by a colleague – search “Death Blood 4” on imdb for info).

I am very thankful for the years I spent in Los Angeles for helping me transition from the shy and naive child I was into the person I am today.

Please tell us about your art.
My day job is producing corporate video. My passion is independent filmmaking. I also once worked for The Wall Street Journal creating video content. When I was teaching video editing and audio production workshops at the journalism school at USC I had opportunities to engage and inspire. Even when I had an administrative job at the USC communication school (my first job out of college) I would design flyers to promote our courses. Somehow I would always find a way to put a creative spin on any job I had. Regardless of how you categorize my work, my goal is always the same: I want someone to feel something when they consume the art that I create. My biggest fear in life is making people feel bored.

As for my message: I have noticed a theme that prevails in my filmmaking projects – a character that has to learn to forgo their expectations and be open to the surprises that come to them. I think that comes from my story of moving to Los Angeles as a young adult. I always expected that I would hate living in LA, and then learned to be open to the possibility that I could love and appreciate it as a home (and a place to grow and evolve as a person). I would love to explain how this applies to my most recent project, but I don’t want to spoil the film!

Do you have any advice for other artists? Any lessons you wished you learned earlier?
The best advice I have is advice that I wish someone had given to me: You are the one that has to find a way to make your career aspirations work. Just because a method worked for someone else does not necessarily mean it will work for you. Also, just because someone says “you’ll never make it doing XYZ” does not necessarily mean that XYZ won’t work out for you.

All the years I spent at USC and in Los Angeles and heard presentations from key players in Hollywood and film (George Lucas, Robert Zemeckis, Ben Burtt) – everyone would ask them what advice they had. I feel like it was always the same answer: “be persistent, keep trying, don’t give up.” That is absolutely true. But I still wanted to know, “What exactly does that mean?” Does it mean you should get an internship at a production company or become a PA on a film set and consistently poke and prod at people hoping they’ll hand you your big break? I don’t think so. My own success has always come from demonstrating that I was willing to work hard, be kind and supportive and enthusiastic, think outside of the box, and follow the rules to the letter until I had gained the clout necessary to present alternative ways of doing things.

Further, if you ever have a friend or acquaintance who achieves greatness in their career, I think it’s best to not be jealous or feel like their successes are indications of your failures. Instead, use it as a way to inspire you to work harder, try more things, and find a way to make your goals become reality. If I can do it, so can you. You just have to find your own way of doing it.

How or where can people see your work? How can people support your work?
The best way to see my work is to go to my website mediabybilly.com. There are also links to my YouTube and social media channels there as well. You can also follow the progress of my latest independent short film project, “Shepherd’s Gate,” which is based on a real-life women’s shelter and the true story of someone involved with their endeavors, at shepgatefilm.com. 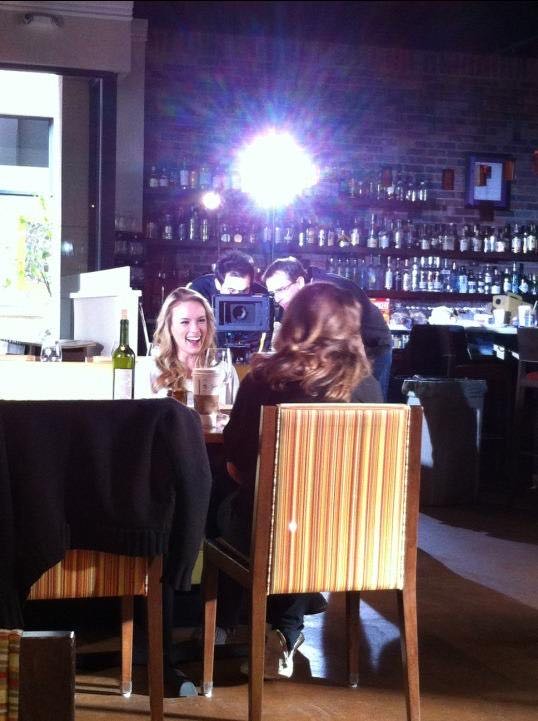 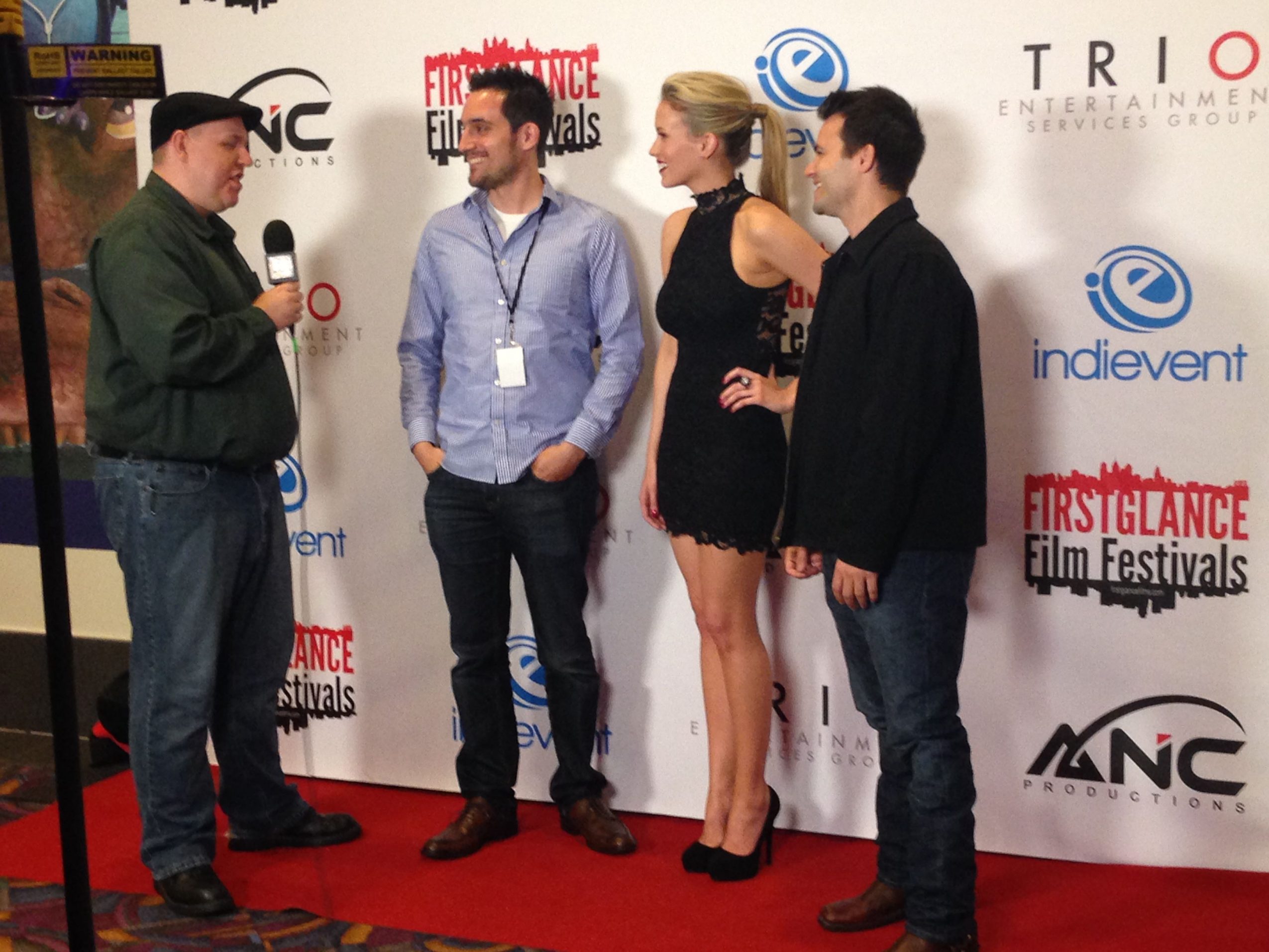 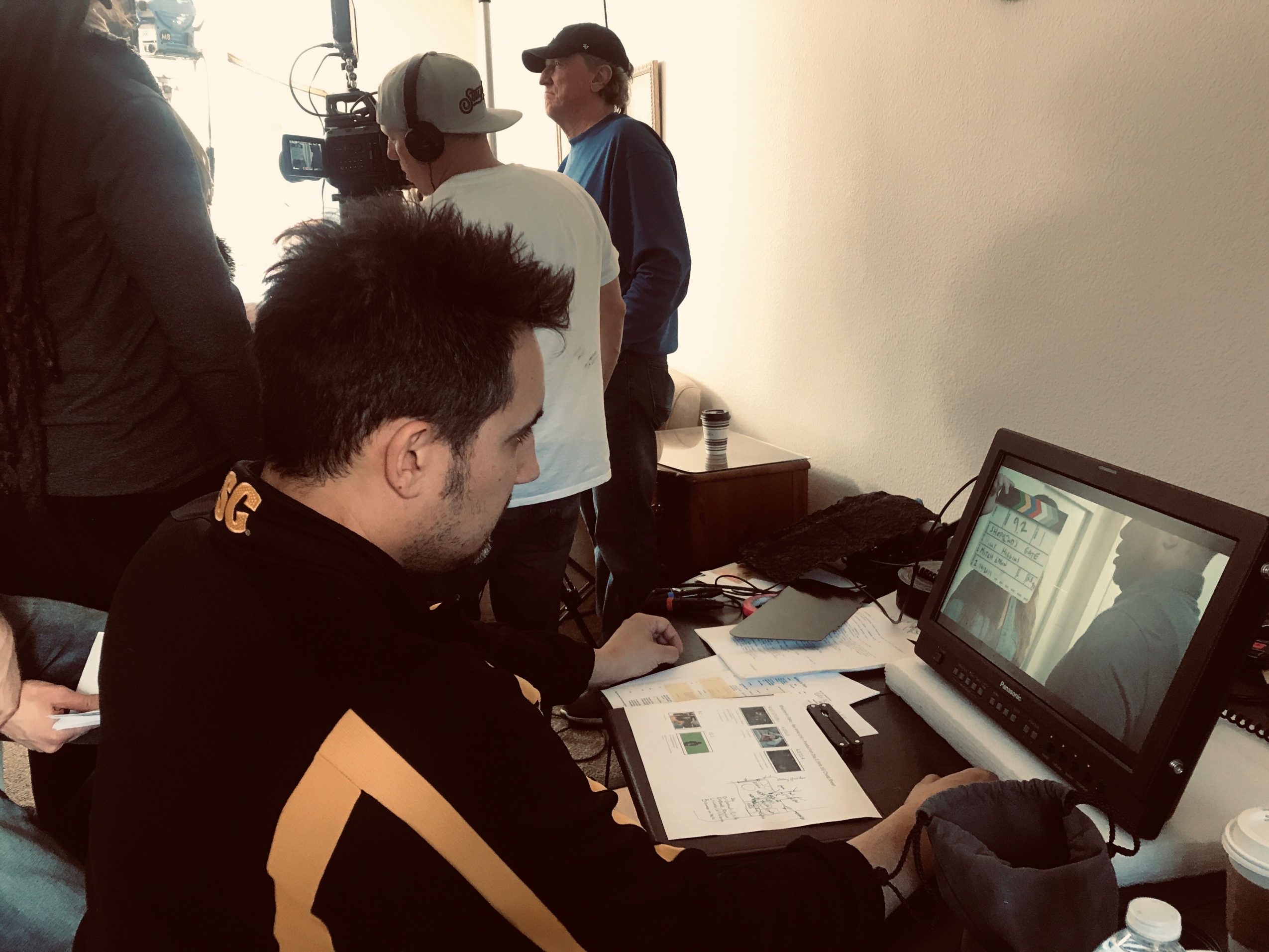 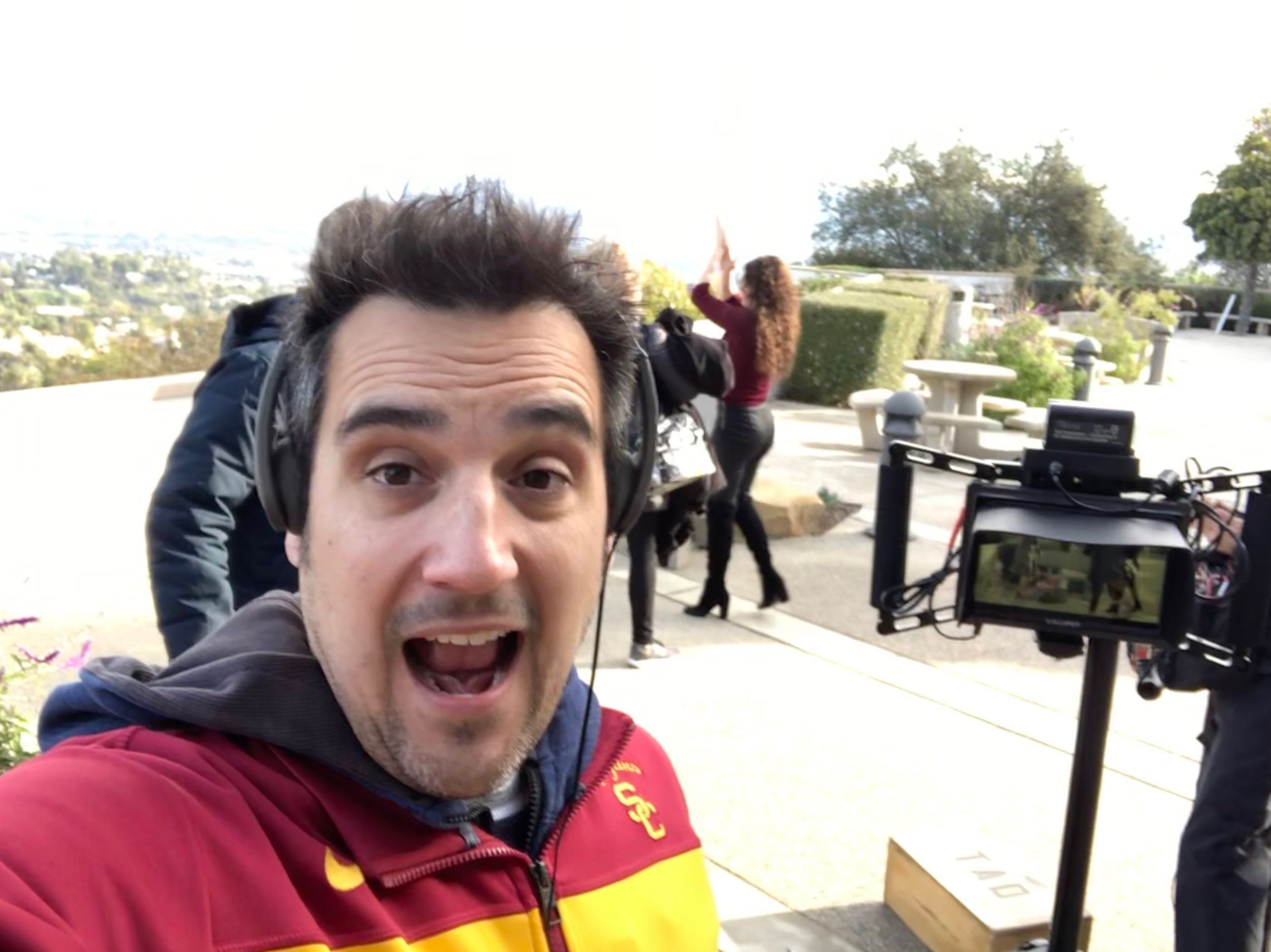