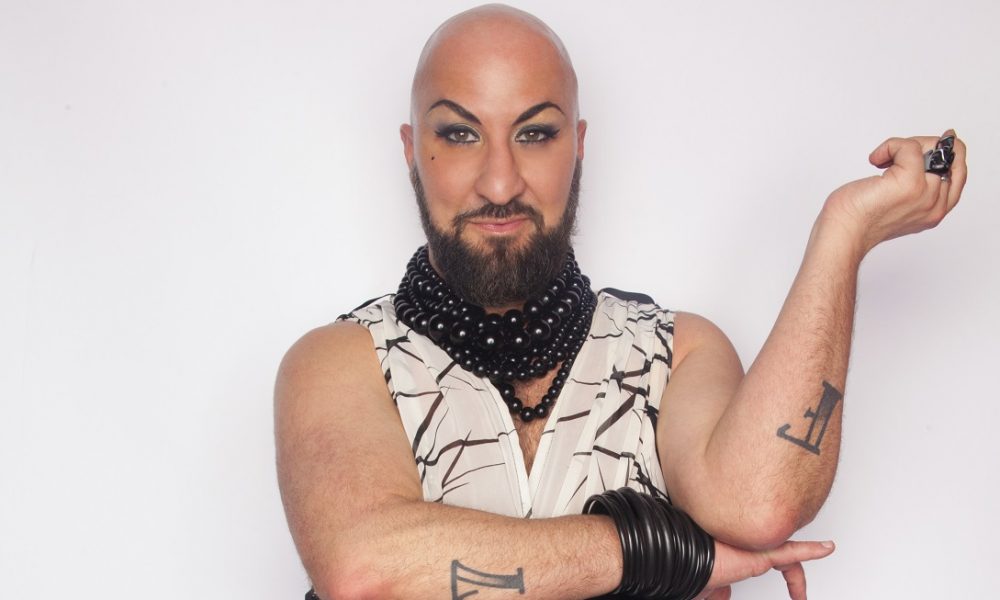 Today we’d like to introduce you to Billy Francesca.

So, before we jump into specific questions, why don’t you give us some details about you and your story.
I showed up in Los Angeles 19 years ago with $40, to perform in a Drag Play Version of “Medea” by Charles Ludlam. When that run ended and I was not sure of my plans, I was invited to go to the beach, in March…and it was a GORGEOUS DAY…I knew I was never going back to Boston.

I started off as a makeup artist for MAC at Saks in Beverly Hills…and as much as I like doing “Drag Makeup” on Armenian women, I knew there were probably better outlets for my creativity. My reputation after the play got me hired by Jay & Michel the owners of FUBAR, an amazing bar on the east end of West Hollywood. This is where my nightlife persona took off and where they still can’t get rid of me! I would wear my sister’s old ill-fitting dance costumes and sweep the floor at the end of the night in “Full Drag” It was just one of the many “Silly Things” I would do to define me…Jay jokes that after my first weekend has asked, “Is there anything you need?” and I replied, “I’d Love a new broom…” He says he should have known I was witch then… I worked (and still host one off events) at Fubar for Years, throwing themed parties weekly, like Glitter Box and Dance Bitch. We had performers, gogo dancers, artists. It was truly a mixed bag of performers as well as patrons.

From there, I started working at clubs in West Hollywood. Micky’s, the Abbey, Chapel, which was formally HERE Lounge and I worked there too. My true home in WEHO was my beloved Revolver, where I host Sunday Fundays as well as a Drag Competition, where we give away $5,000 to the winner over an eight weeks competition. I hosted dinners at SupperCLub in Hollywood for years in Hollywood before it closed. I host pool parties at the Standard, Hollywood, I have a yearly NEw Years Eve party at The Chateau Marmont, and had one of My Favorite Nights, of recent days, “Gorgeous George” at the now closed Bar Marmont…I LOVED THAT! LoL

My Events go the gamut, from High End to Low Brow, with ALL People Welcome. We just like to dance and carry on with Shenanigans! And don’t even get me started about my Dance Party at the World famous Cheetah’s in Hollywood…Honey, I have been Everywhere!

LA Prides longest-running host and mc…It’s all been a “jump to light speed experience”, and I’m sure if I didn’t drink buckets of Ketel one vodka, I might have even been able to remember some of it…

We’re always bombarded by how great it is to pursue your passion, etc – but we’ve spoken with enough people to know that it’s not always easy. Overall, would you say things have been easy for you?
Smooth?! HA! “the path of true love never did run smooth” Will Shakespeare said it best. (we went to High School together) I wouldn’t say smooth…the first three months were an adjustment, I still tell Nebies to LALA Land, Give it three months, it takes that much time for the city to know if it wants to keep you or have you move on… over those first three months, for me, there was a lot of crashing at new friends apartments, and getting into drag in parking lots, but I remember it fondly and as part of a magical adventure in a town where the entire Universe knows of (at least in some regard) part of its history and allure. I still find myself saying, “I can’t believe I live here” and that’s after almost 20 years.

The only struggles I can think of is putting faith in people other than myself and my own abilities. Second-guessing ideas or concepts, as they didn’t make sense to others. I knew I could create events that people ALL People would enjoy! That definitely seems to be a speed bump that would show up from time to time. I learned a lot. I made mistakes, lost friends, found new friends, but always kept moving forward, not always UP, but forward…I have a saying I live by… “Aim for the Middle, there’s nobody there and there’s plenty of money” You can see EVERYONE Pass by on “their way to the top” and you see them all again on the fall back down. I find if you pay no mind to that, you enjoy people more and they feel the love. I learned that pretty early, and when Money was always an issue, I stopped concerning myself with finding a way to “Get It”, and it found me, I continued creating spaces and idea’s where people could dance and have fun. That was my goal.

We’d love to hear more about your work and what you are currently focused on. What else should we know?
I started Billy Francesca Events, for the simple reason, I was being pulled in so many different directions, large parties, hosting private parties, pool parties, it was like…YIKES, I better get organized. That I created an Umbrella for all things to fall under. I have hosting gigs where it could be a nightlife persona for a dance-themed night at a club, or a Birthday party where I host Bingo, (which I do at “The Den on Sunset” and The Standard, Hollywood. One day I am playing Cleopatra at “Mr. Black” (a NY party that thrived in LA for years) and the next day, I am hosting Bingo/Karaoke for someone’s Grandmothers 80th Birthday… I have produced a number of ensemble plays over the years, drag shows, and cabaret shows. I’ve DJ’d too many parties to mention. My Summer pool parties are an absolute dream, love doing those. We did a Bastille party at the Chateau Marmont, that was a zoo. Having an events company has allowed me to be a part of so many different avenues of entertainment, that it is never a dull moment.

I am most proud of the fact that no matter what event that I am in control of, thats it’s inclusive. I like to have all pockets of people to be there, I love a mix of people, not just Gay, not just straight, just a bunch of people who want to have fun and enjoy themselves, and experience something different. I imagine what sets me apart from other performers, or owners of companies is the fact that I am extremely hands-on. I may show up and set up a party or orchestrate an event as one person, but then I slap on some paint and platform heels and I am hosting a party as some sort of Sequin Glamazon Drag Hybrid, with my beard and all.

What were you like growing up?
I grew up on the East Coast, Boston. Well, my Mom tells me I was no different than I am now. Bouncing from beach towel to beach towel talking to everyone and anyone. Just a charismatic person I guess. I always was trying to organize the neighborhood kids into doing plays and shows. Master of ceremonies for cub scouts… Ring leader for school events, I do love being in front of a large group of people, but can easily slip into being by myself for days on end gardening, and talking to hummingbirds… I guess a bit extreme, but my love is the spotlight, always has been. 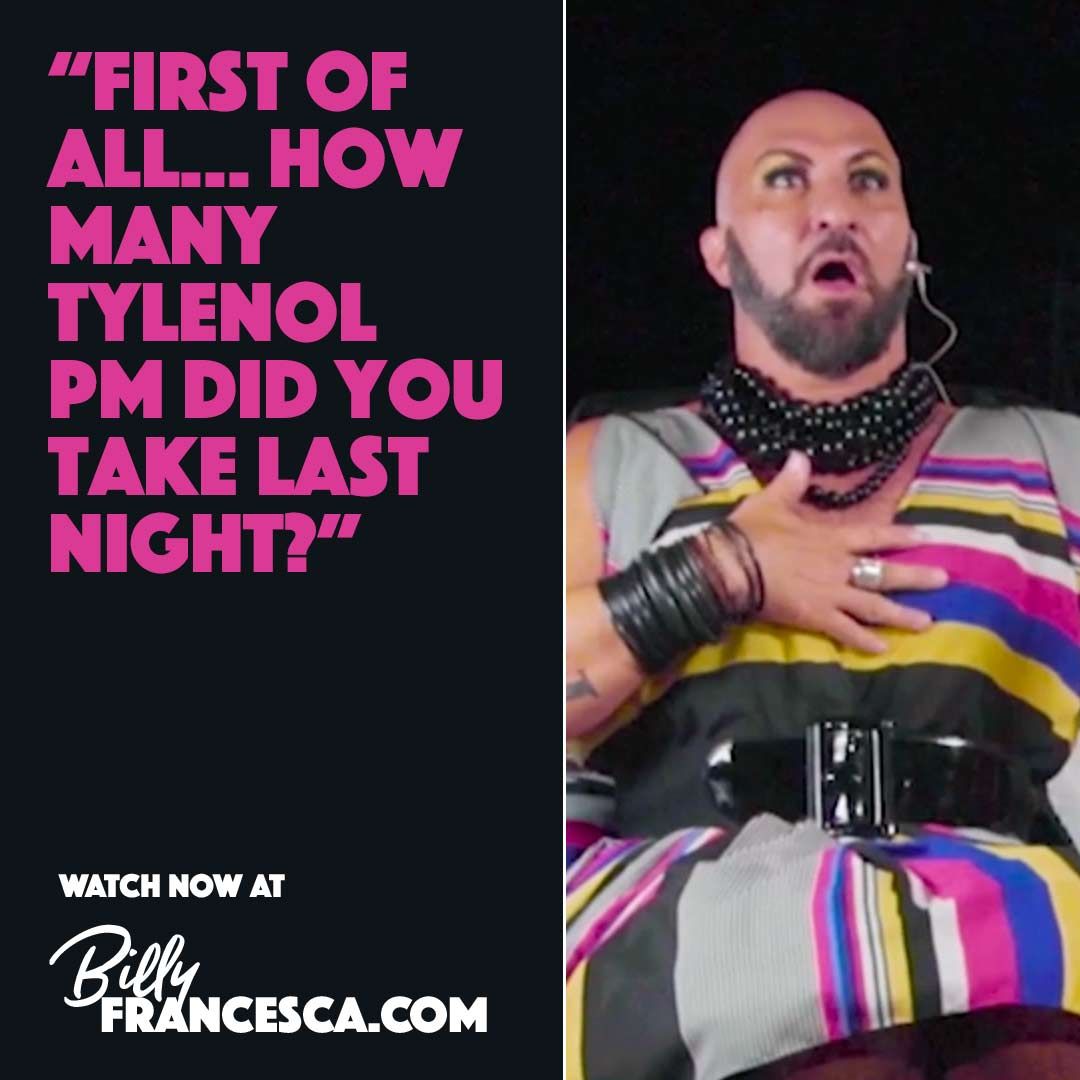 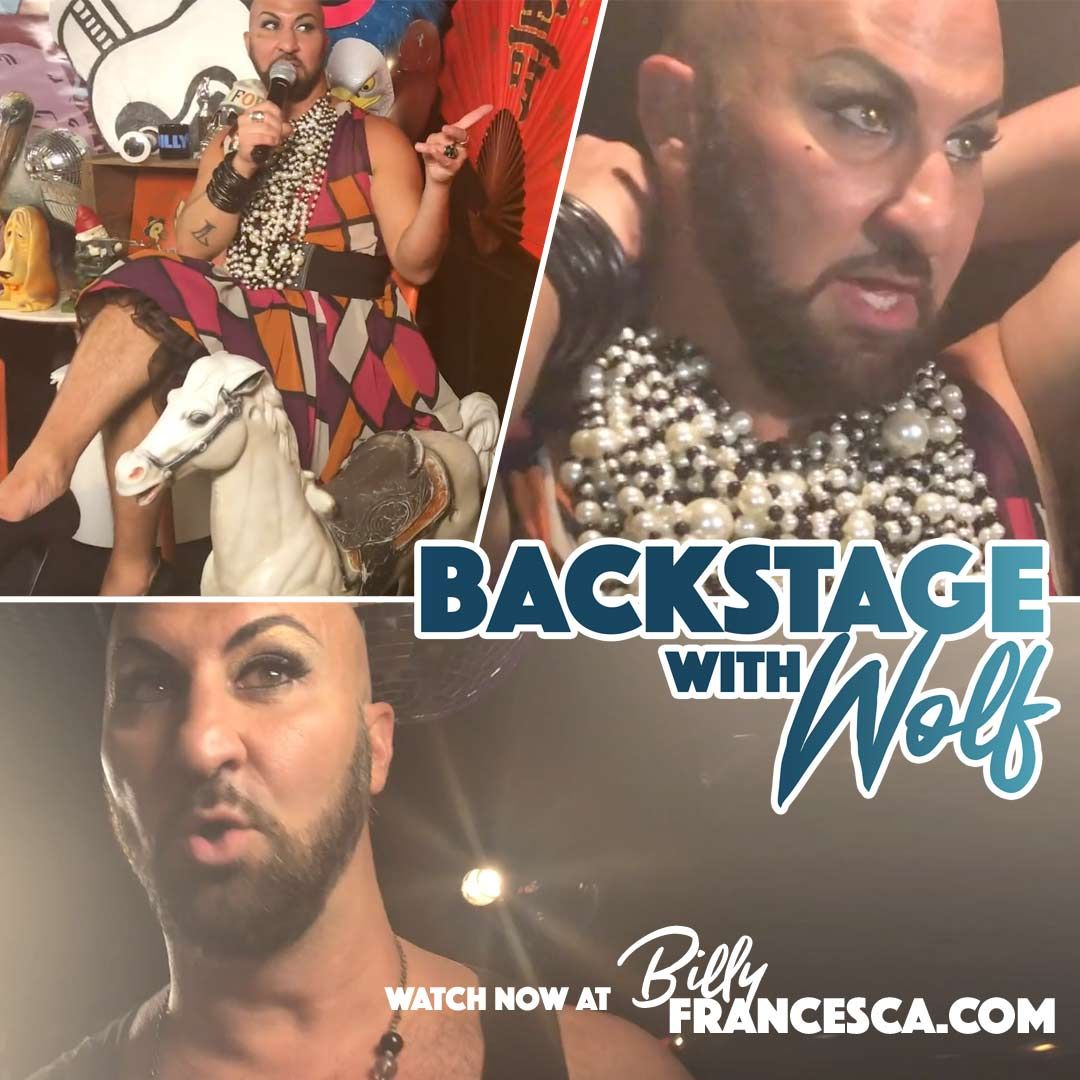 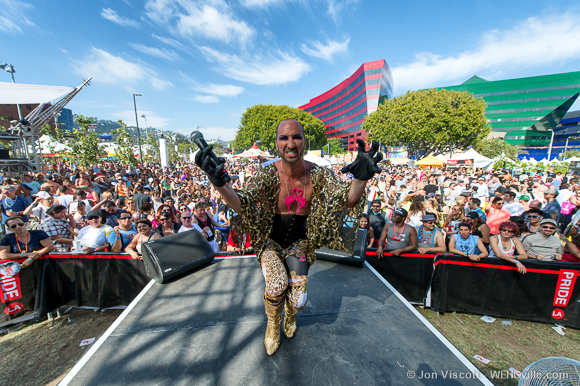 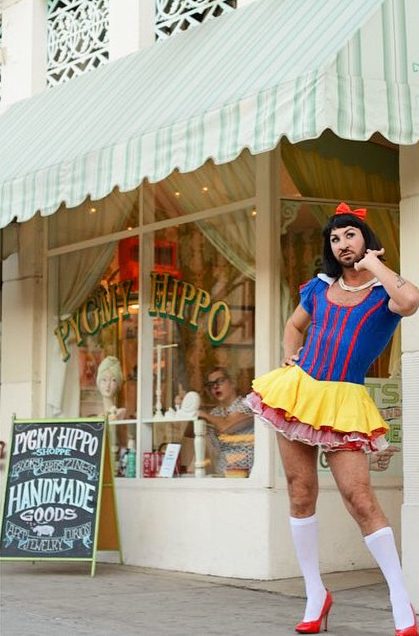 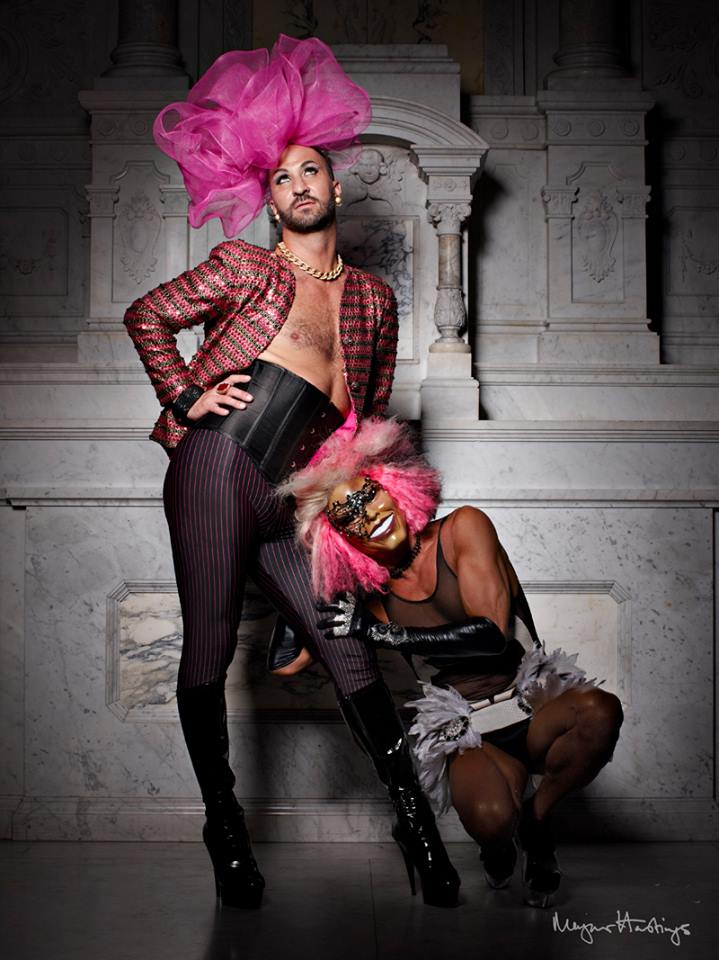 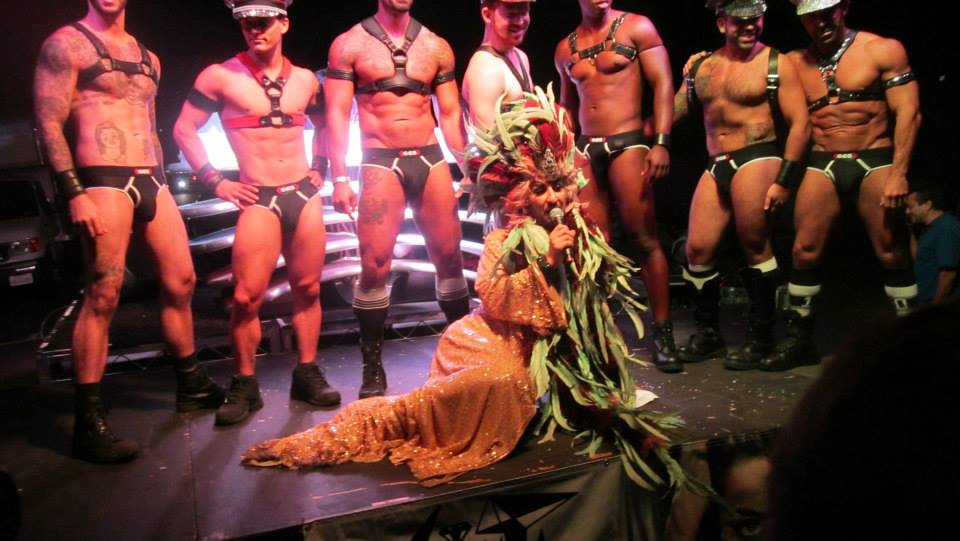 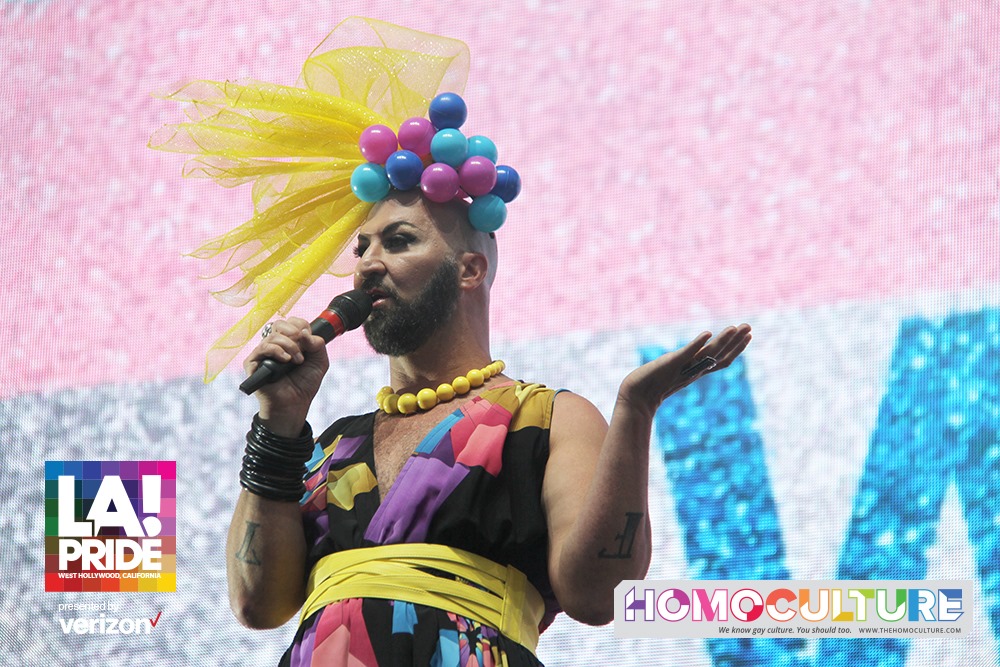 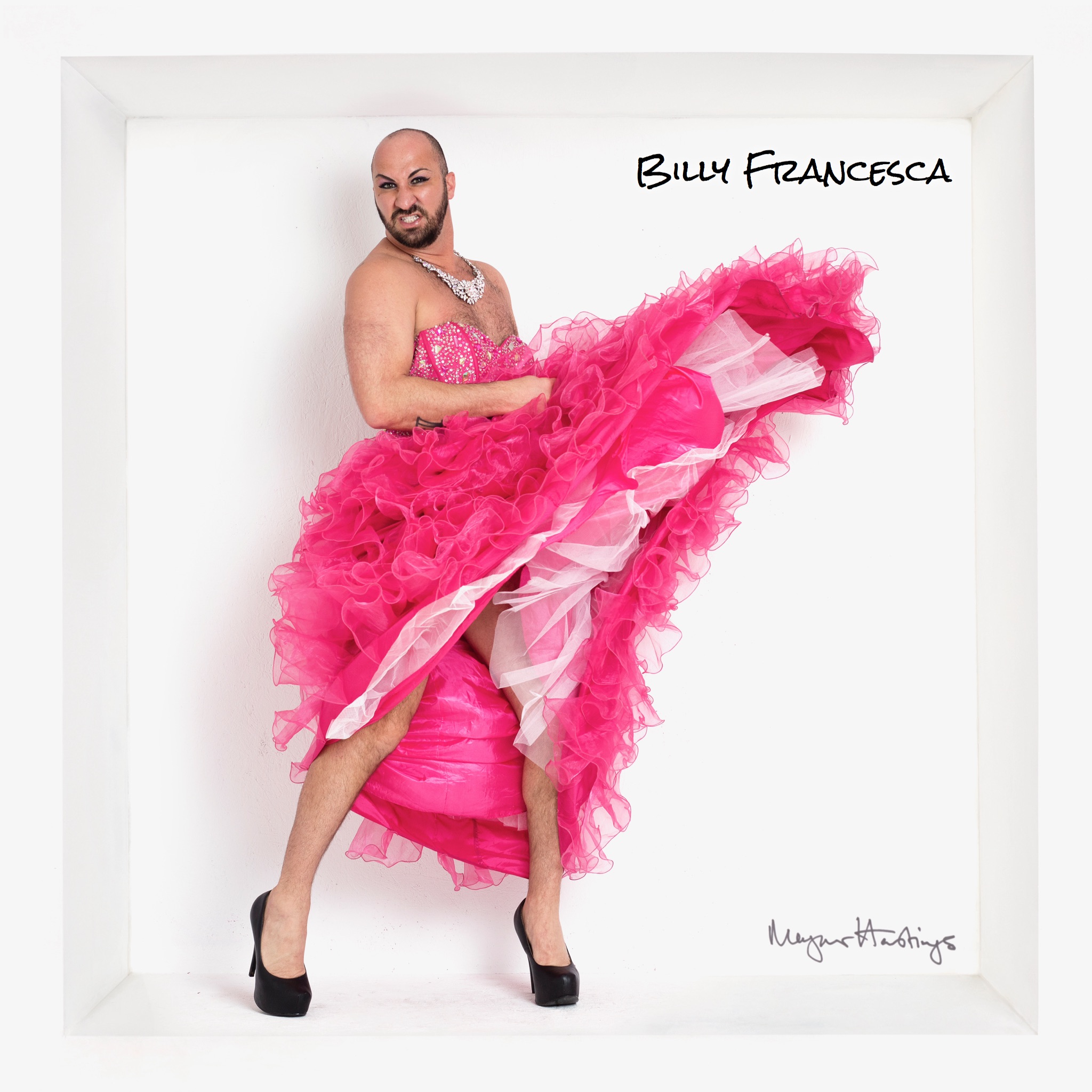