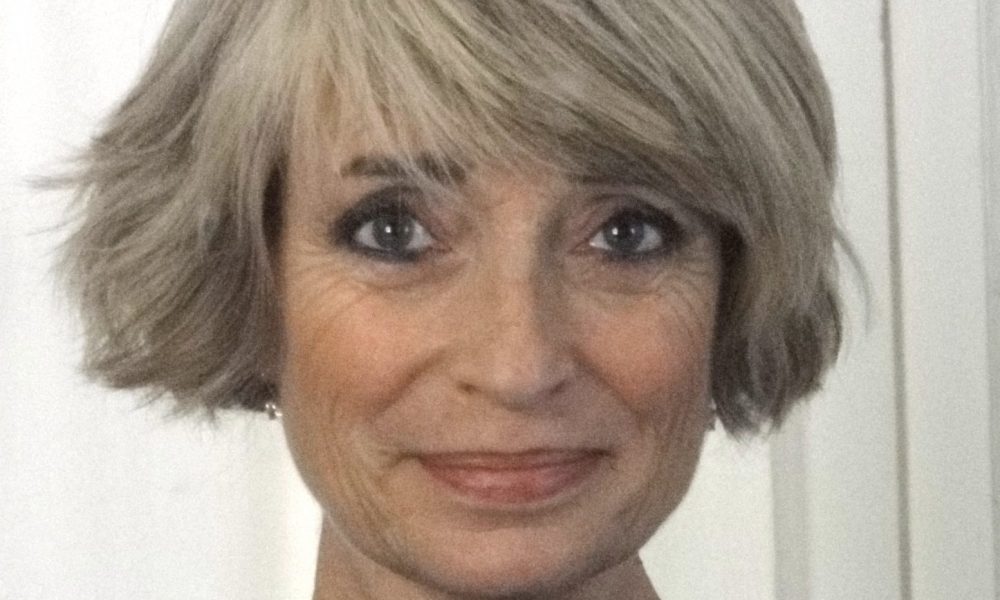 Today we’d like to introduce you to Betsy diFrancesca.

Betsy, can you briefly walk us through your story – how you started and how you got to where you are today.
Before moving to L.A. I was living in New York City and was an aspiring singer/actress. I spent 10 years there, acted and sang in some off-Broadway shows, sang in a disco band , but mostly waitressed. I had to make a change and always loved the applying makeup part of performing so, I decided to become a makeup artist. There weren’t many schools in NYC back in 1984, but I found a class at the Parson’s School of Design. It was a makeup class ( learning how to do it for yourself) but I let the teacher know that I wanted to become a makeup artist. He told me to get a polaroid camera ( to take before and after photos) and practice on my friends. He then suggested that I take the photos to the modeling agencies to see if they had new models who wanted pictures for their portfolios. I also checked with photographers to see if they needed a makeup artist who was willing to “test” with them in exchange for photos. Also a friend of mine worked at Self Magazine and I would go with her on shoots to observe the hired makeup artists. Eventually, after getting my portfolio together, she hired me for some “real people” type shoots. My first big job happened when a hair stylist friend of mine was hiring a team of hair and makeup artists for the 2nd Annual MTV Awards. In 1986, I moved to L.A. and was represented by the Zenobia Agency. I started out as an assistant where I learned not only makeup but hair styling as well. I worked on commercials, music videos, and photo shoots, eventually working on my own. After 9/11 happened, I decided my priorities needed to change. Weddings were becoming a major industry and I always loved working on them as a little sideline business. I put up a website and started promoting myself as a makeup artist and hair stylist for weddings. It took me a while…my agent did not want to rep me for weddings so, I took a chance and, little by little, through webinars, networking groups, and social media, I’m doing pretty well, and learning something new every day. And, I’m the happiest I’ve ever been.

Overall, has it been relatively smooth? If not, what were some of the struggles along the way?
No, it hasn’t been a smooth road. I mean, I was very lucky that I assisted 2 really great makeup artists- Antonio V and Paul Starr. Antonio became my mentor, teaching me how to conduct myself on a set, teaching me hair and makeup tricks, how to dress for certain jobs…all the things that I didn’t get in a class. But Antonio passed away in 1995 as did Paul Starr a few years ago. so, I’ve had to learn new things on my own, making a lot of mistakes along the way.

Alright – so let’s talk business. Tell us about Betsy diFrancesca, Hair & Makeup – what should we know?
My business name is, Betsy diFrancesca, Hair & Makeup. I specialize in giving clients an understated yet elegant look or as I say, “I’ll give you the most beautiful version of you.” What I’m most proud of is that I try to make my clients feel comfortable and not overwhelm them with a certain behavior- I don’t want them to feel that they aren’t a part of the process. I try to let them know that I’m there to be of service to them and that what they want is what’s important to me.

Any shoutouts? Who else deserves credit in this story – who has played a meaningful role?
Yes, definitely! Kim Agnew is my friend who worked at Self Magazine and let me go to sets with her so I could observe the makeup artists. She also introduced me to my first mentor, makeup artist, Letha Rodman. My teacher at Parsons, Edward Jackson. Rudy Ruffo, the hair stylist who hired me for the MTV Awards, 2 years in a row. Keith Zenobia, owner of the Zenobia Agency who set me up with Antonio V, and my husband, Patrick Burns who helps me through all of the highs and lows of the industry.