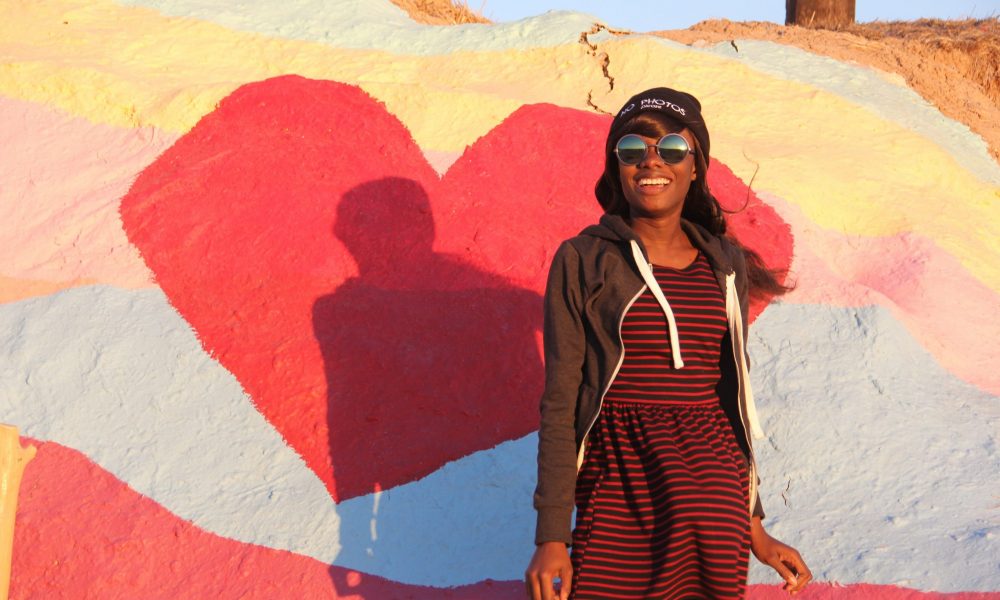 Besidone, please share your story with us. How did you get to where you are today?
I first came to LA several years ago, so I could soak myself into this world where films were constantly being made and learn all I needed to know about the craft of filmmaking. Before then though, I had been thinking about going to New York, because New York is also a really great place for a filmmaker and creative to be but thankfully, all the good things I had heard and read about the weather in LA won me over.

I initially just wanted to be a director and writer, because that was my “passion,” I didn’t really plan on being a producer or editor, but as time went by, I realized that I had the knack for producing and editing, so I decided to run with it. I was a bit nervous to go off on my own, but I just kept telling my network of people in the indie industry that I wanted to produce, so if they ever needed a producer, I was available. After I got my first “official” job as a producer, things kicked-off and I started getting more and more job offers through word of mouth. It’s been a great journey really because the support I got from those around me when I first started out was honestly wonderful, it’s like everyone wanted to see me win. A lot of the films and projects that I have gotten to produce and edit have happened simply because someone recommended me and my services. Of course, I had to do my part to ensure that I always delivered and there were times when I was a little bit scared just because a project would present some kind of challenge that I had never experienced before and I would wonder, “how in the world am I going to surmount this?” But, I’m a firm believer that every problem has a solution, so I would just try to breathe and figure things out. I asked for help when I needed it and the more I produced and edited, the more confident I got. I have been doing this for several years now, so I pretty much have a firm grasp of things and of the business at this point, although there’s always something new to learn and to conquer with every new project that I take.

I still write and I still have projects in the pipeline that I would love to direct, but I’m really happy that I’m able to produce and edit and honestly, whenever I ponder upon my entire life’s path and upon the things that interested me as a kid and upon my habits and quirks, I’m not really surprised that I ended up as a producer and editor. Quick story, I actually wanted to be a journalist at one point during my teen years; and I had thought that maybe someday I would end up being an editor-in-chief of a magazine, so when I was presented with the opportunity to be part of the editorial team of my high school YearBook, I was so stoked! And here I am today, editing videos and films instead of magazines.

Overall, has it been relatively smooth? If not, what were some of the struggles along the way?
No, the road hasn’t been entirely smooth; I don’t think it’s ever smooth all the way through. I currently operate as a freelancer and there have been times when work wasn’t coming in as much as I would have liked it too and sometimes, I ended up in panic mode. But in those times, I often make it a point to take myself off panic mode and remind myself that God is in control and you know, those seasons don’t last forever, so very soon, things kick into motion again.

Alright – so let’s talk business. Tell us about A Creative – what should we know?
When I’m working on a project as a producer, I’m often doing various kinds of things, like working with the writer when the script is in development, reading drafts, giving notes, making suggestions. I sometimes help raise financing, I create and keep track of the budget. I’m often hiring crew members. I’m also involved in the casting process, deciding together with the director which actors would be best for each role. I keep track of what’s going on with every other department, whenever there’s a situation that has or might put a hindrance on things, I attend to it.

After principal photography is done, a.k.a filming, we move to post-production. There are times when I will be an Editor on a project I’m producing, so if that’s the case, I get to work, doing my thing as an editor. After the project is organized and all of that, I watch the footage, making mental and written notes of every and anything I think will make a scene or the entire film work. And then I actually start editing, bringing the pieces together. But, if I’m not the editor, and the project is being edited by someone else, I stand back and let them do their thing, and chip in only when necessary. After the editing is done, there is still a lot I have to attend to as a producer, the music still has to be composed, the sound designer still has to do his thing, the colorist still has to work and so on and so forth. The Director has the creative control, but most of the directors I have worked with usually ask for my input and I give it to them. But regardless, I still have to keep track of things, because we typically have a timeline we work with for things to get done.

Some of my proudest moments have been when I see a film finished. It’s such a long road to completing a film that the mere fact that a film reaches completion is often a thing of joy for me. Then, of course, you put in the work to try to get the film seen by people, by first of all submitting it to film festivals and when you get that email saying that your film has been selected by a film festival, you are always delighted. Some of the projects I have worked on have been selected by some film festivals, but I was especially happy to hear that one of the projects I worked on as producer and editor was selected for the 2017 Burbank International Film Festival.

Any shoutouts? Who else deserves credit in this story – who has played a meaningful role?
This journey is mine but a lot of people definitely deserve credit for all they have done for me and how they have contributed to my growth in this industry. To name a few, my father Emma Atsemudiara, who has had my back from the first day, many years ago, when I told him I wanted to go into the film industry. Ryan Schwartz, Craig Ross Jr. and Joe Basile have all acted as mentors to me; when I needed advice and insight on how to go about funding a project in the Hollywood system, Ryan and Joe readily shared their knowledge and experience with me. Ryan has recommended me for several projects and he and Joe have always had my back since film school. They are people I trust to tell me the hard truth. Craig Ross Jr was so supportive when I was in film school, when everything was so new to me and when the weight of what it meant to really be a filmmaker started to take its toll on me, I went to him and he was really supportive. Marvin Akanyi, my fellow filmmaker and countryman, who is a teammate and cheerleader all in one. Fernando Camargo, Omoladun Adenuga and everyone that has ever trusted me to helm a project, I mean the list is just endless. I can’t name every one of them, but they all deserve credit. This is not a journey where I fly solo, I need people and I’m thankful for everyone who has impacted my journey for good, one way or the other. 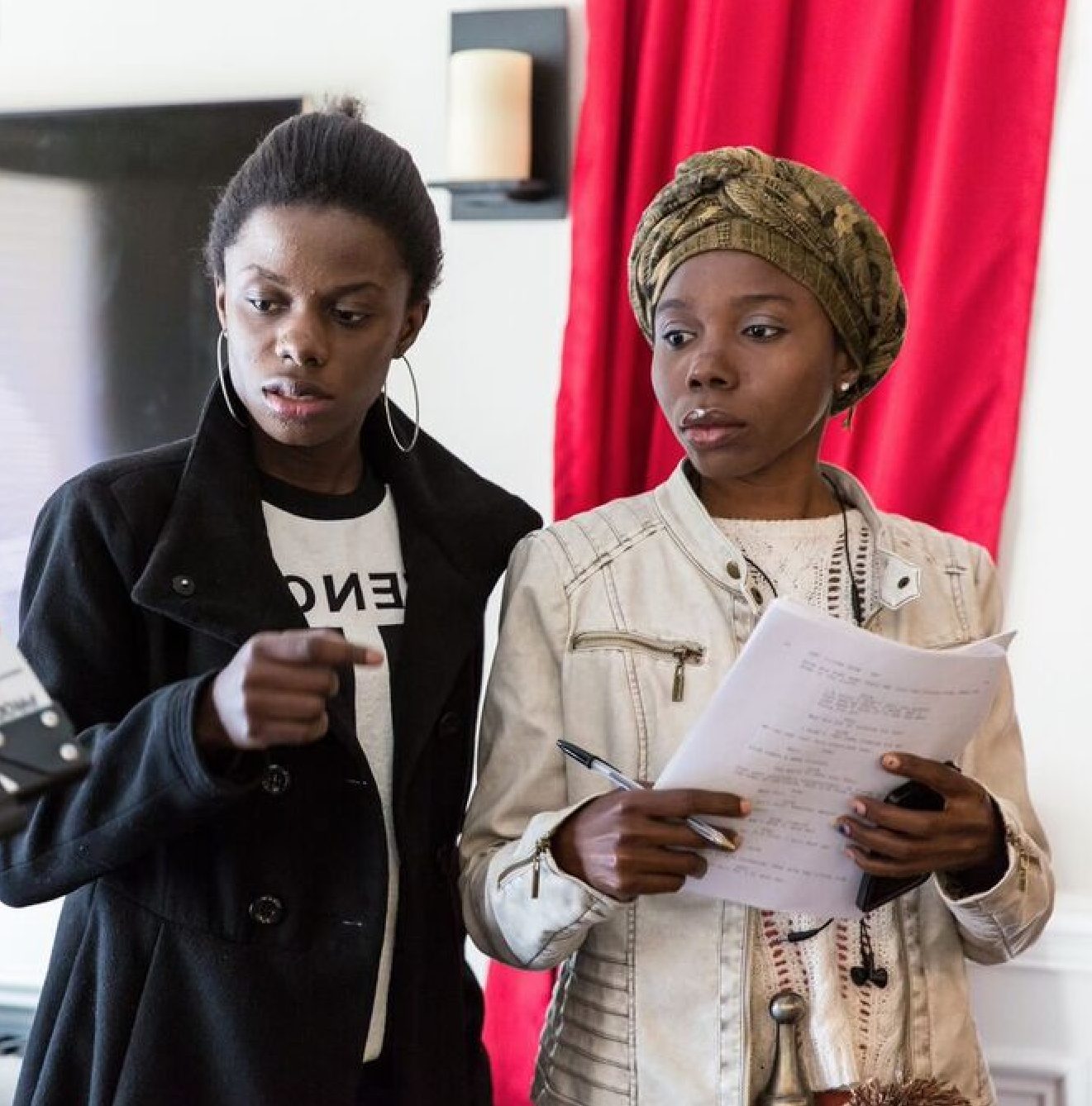 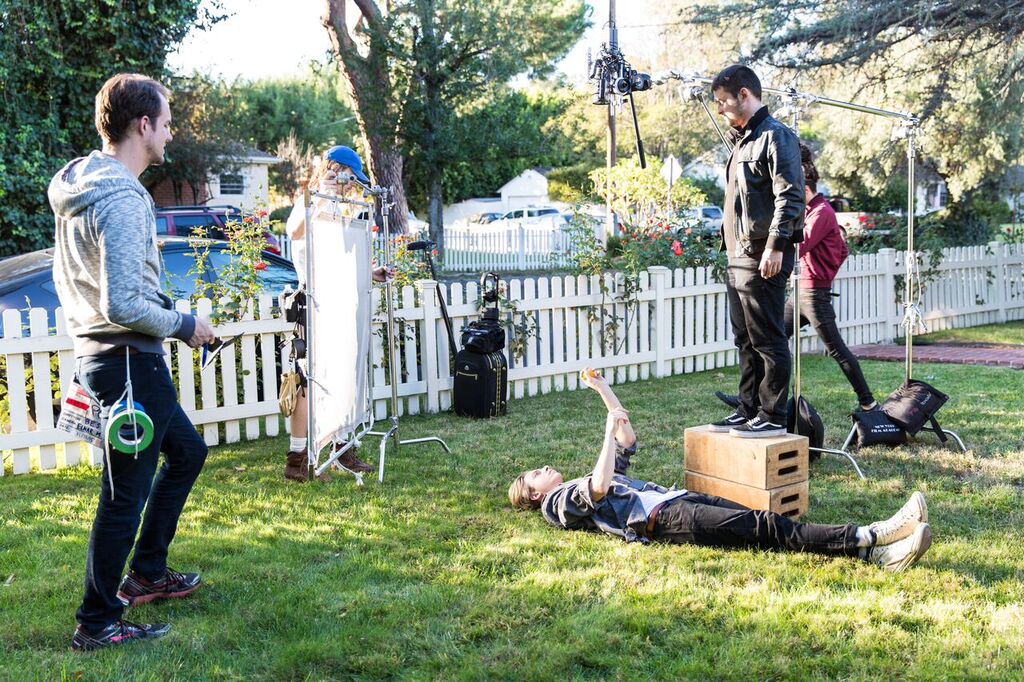 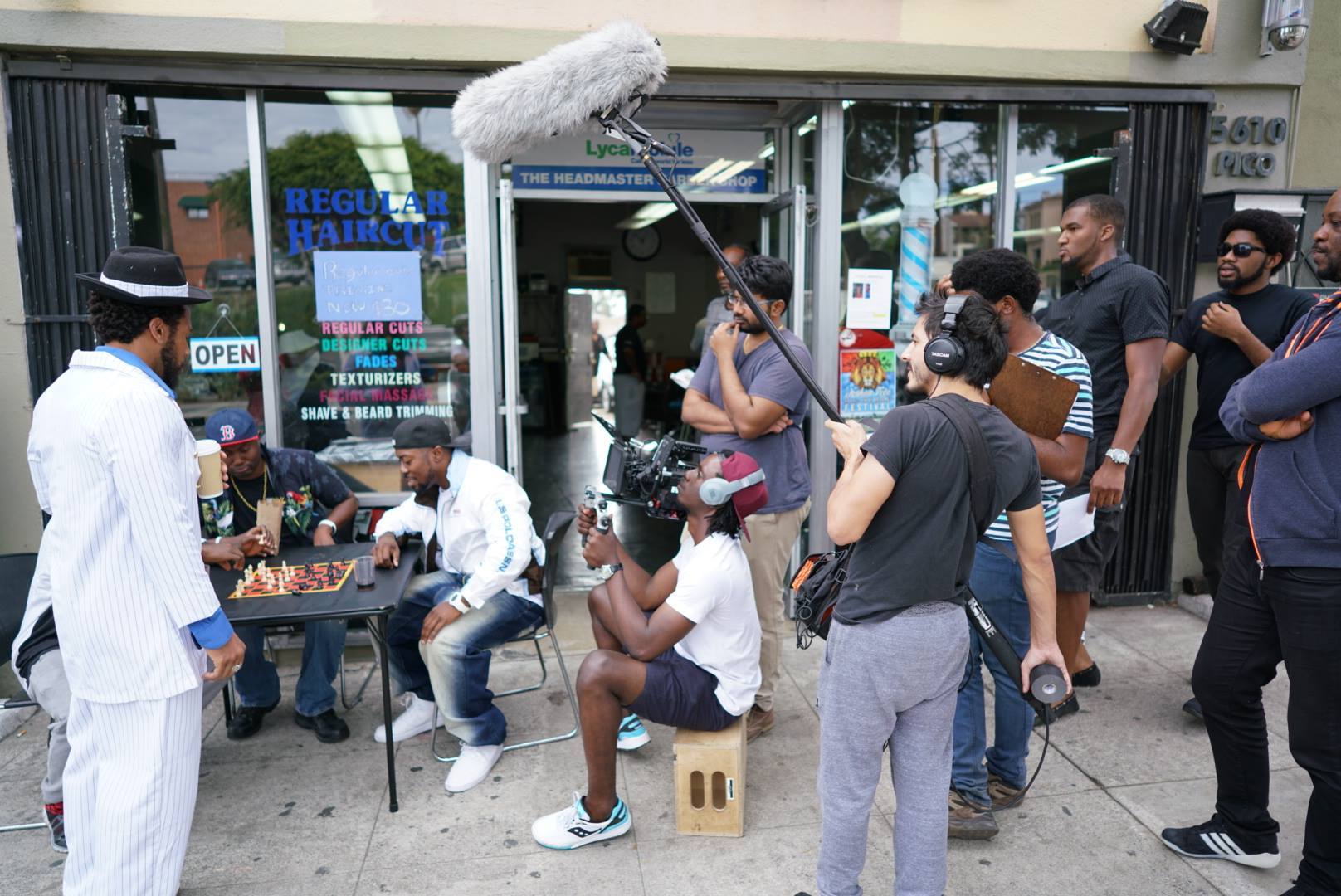 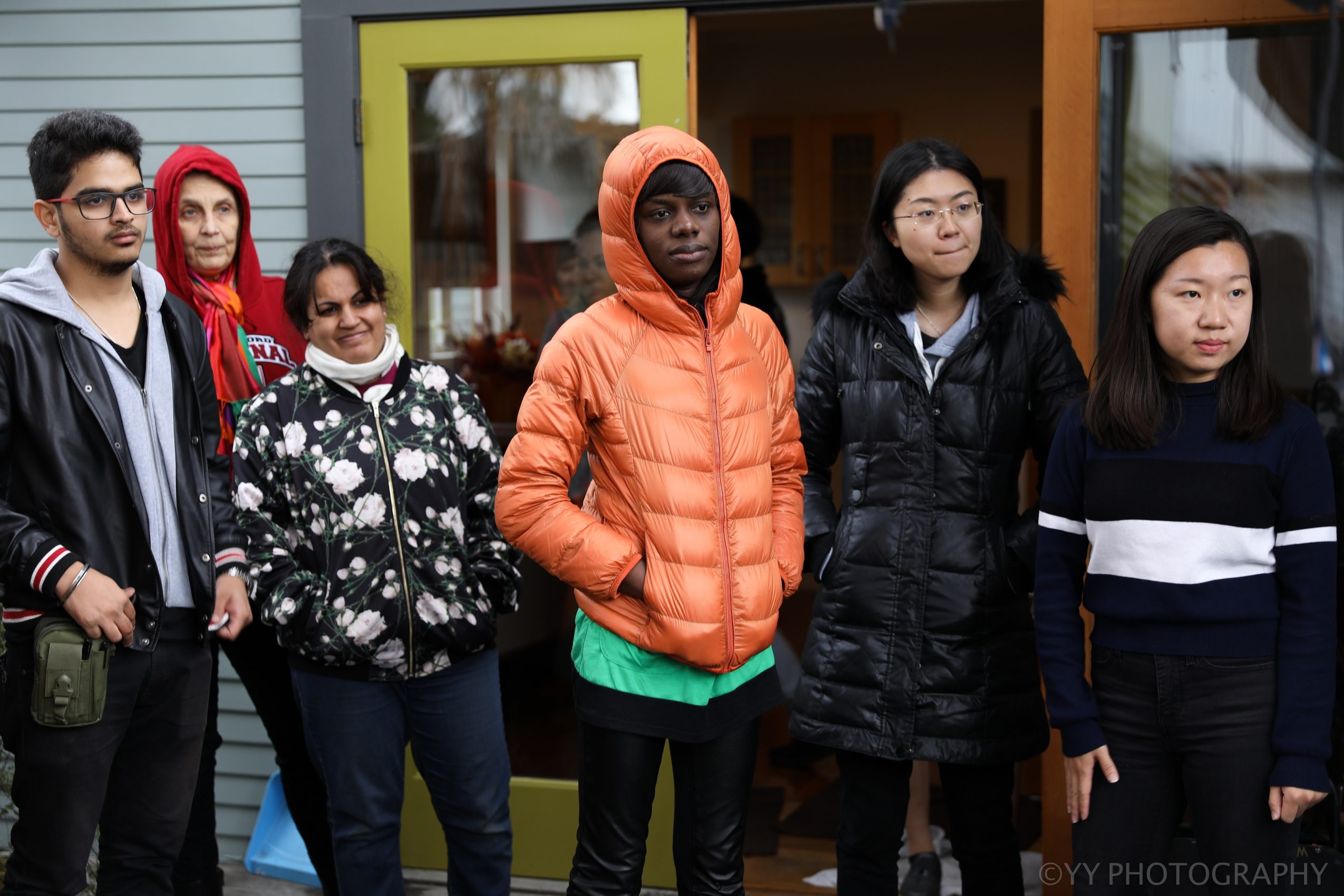