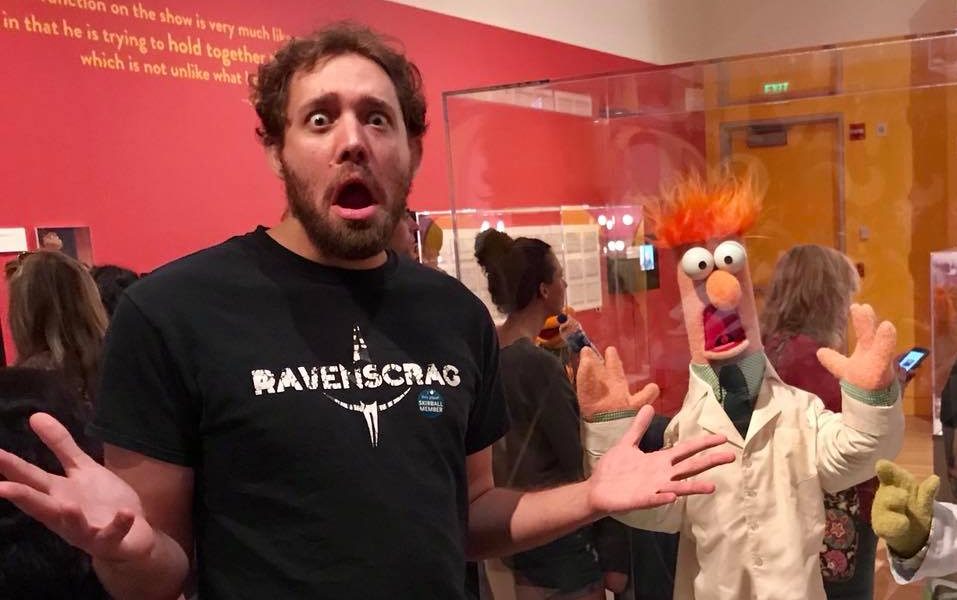 Today we’d like to introduce you to Berkeley Pickell.

So, before we jump into specific questions, why don’t you give us some details about you and your story.
I have been acting since I was a child and decided I didn’t like the ballet class my mother had put me in and she moved me to acting and fencing. The first role I remember having was in grade one as a raven because I was the only one who could make a convincing bird noise, and that started my trend of getting non-human roles.

I wanted to write, but all we ever got to write in English classes were dull essays. In drama class, they let us write what we wanted and I got to see my friends perform it. Whenever I did comedy, I always got a great reaction from the rest of the class which was nice for a natural introvert like myself. It was a very gradual transition into acting from what I’d thought I wanted to do, but I must have had a lurking suspicion because I took all the acting classes my University offered and received my minor in Drama.

I went to university in Canada, studying acting and writing. The acting program was mostly classical training–Shakespeare, Alexander technique, Stanislavsky, Meisner–but I had a friend going to a smaller arts college (which has now shutdown its acting program) and he was getting stage combat, musical theatre [sic], and on-camera training. I started looking around and taking some extracurricular stage combat, on-camera classes, auditioning and getting cast in musical theatre, and I got a voiceover coach. I was already being told almost daily that I should be on the radio and my coach had me doing exercises that allowed me to extend range. My already deep voice became able to reach demonic tones that have seldom failed to impress and gotten me about half of the work I’ve ever gotten. I can do lots of other voices too but it’s the deep ones that have gotten me all the fun roles: dragons, ghosts, demons, aliens, gods, etc. Because of where my natural skills lay, I usually get cast in Comedy (and Horror) despite my classical drama training, although I did recently get an award for Best Supporting Actor from the Focus International Film Festival for my work on a dramatic piece.

Especially now with all the shutdowns, I’ve been focusing mostly on voiceover. I’m currently working on a Fantasy radio play while continuing to audition from my home studio.

I’m determined to have fun for a living; that’s my goal. I know there has to be a way to make a living through joy. I also realized right out of college that my acting resume was much more fleshed out than my business resume so it just really felt like that path was not only what I would want, but what I had already been steering toward.

We’re always bombarded by how great it is to pursue your passion, etc – but we’ve spoken with enough people to know that it’s not always easy. Overall, would you say things have been easy for you?
Moving around has been tough. It’s always difficult starting over and feeling like all my networking and building has to start over after each big move is difficult. Trying to be heard in the crowd of LA is rough. You really have to accept that no matter how good you get or how hard you work, luck will always play a big part in whether you succeed in this industry and the best you can do is be ready and well equipped for the moment you get lucky.

We’d love to hear more about your work and what you are currently focused on. What else should we know?
Before Corona shut us down, I was playing a demi-god warlord in an indie feature, and building up content for a comedy webseries. I love to entertain, particularly to make people laugh and I’m probably best known for my voice and/or voices. This week I’ve been several fantasy characters for a radioplay and a troll for an Andrew Huang music video (I don’t think he released it yet). I don’t think I’ve met anyone else with my vocal range.

What were you like growing up?
I was painfully shy growing up. I’ve only partially recovered. Social anxiety has never really translated to stage fright for me thankfully–except maybe in the case of standup comedy which feels weirdly personal and I find quite uncomfortable.

My mom always made a big fuss about height when I was growing up. She bought me new pants once and a week or two later. One day I came home from school and told her “Mom, the girls at school are making fun of me for wearing capris. What are capris?” She was so irritated that I had already outgrown my pants that she threatened to make me start wearing kilts, she said, “Your dad’s Scottish, you can wear a kilt.” My height has gotten me at least a few horror roles, but I sometimes wonder what I haven’t been cast for because I was too tall. I’m glad I stopped growing when I did, 6’5 is at least not too extreme.

I had a rough start in acting. My mom enrolled me in Quest Theatre (sic) for kids and they gave us free tickets to one of their productions by a much younger group doing A Promise is a Promise by Robert Munsch. My mom LOVES Robert Munsch. But when we got there it turned out a bunch of kids hadn’t shown up and they wanted me to stand in–you know that nightmare that every actor has about being in a play and not knowing their lines? It actually happened to me through no fault of my own, so I got that out of the way pretty early on. From that point, there wasn’t really a whole lot left to fear.

Growing up, I was actually much more interested in writing, less social, and I was setting myself up for a career working alone as a writer. It wasn’t until about halfway through university that I realized I might like people after all and might not want to resign myself to a career of solitude. Even then, I was obsessed with comedy, and it was most of what I wrote. I was pretty offbeat and had a tendency to say things that unintentionally made people laugh and I wanted to learn to be able to do it on purpose. In high school, I was starting to get chided by my teachers for including humor in essays. Drama became the only class where I could write what I wanted so I began to write comedy sketches. 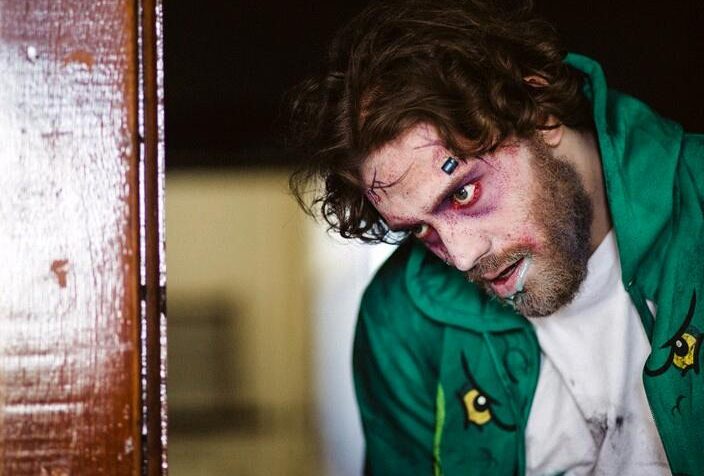 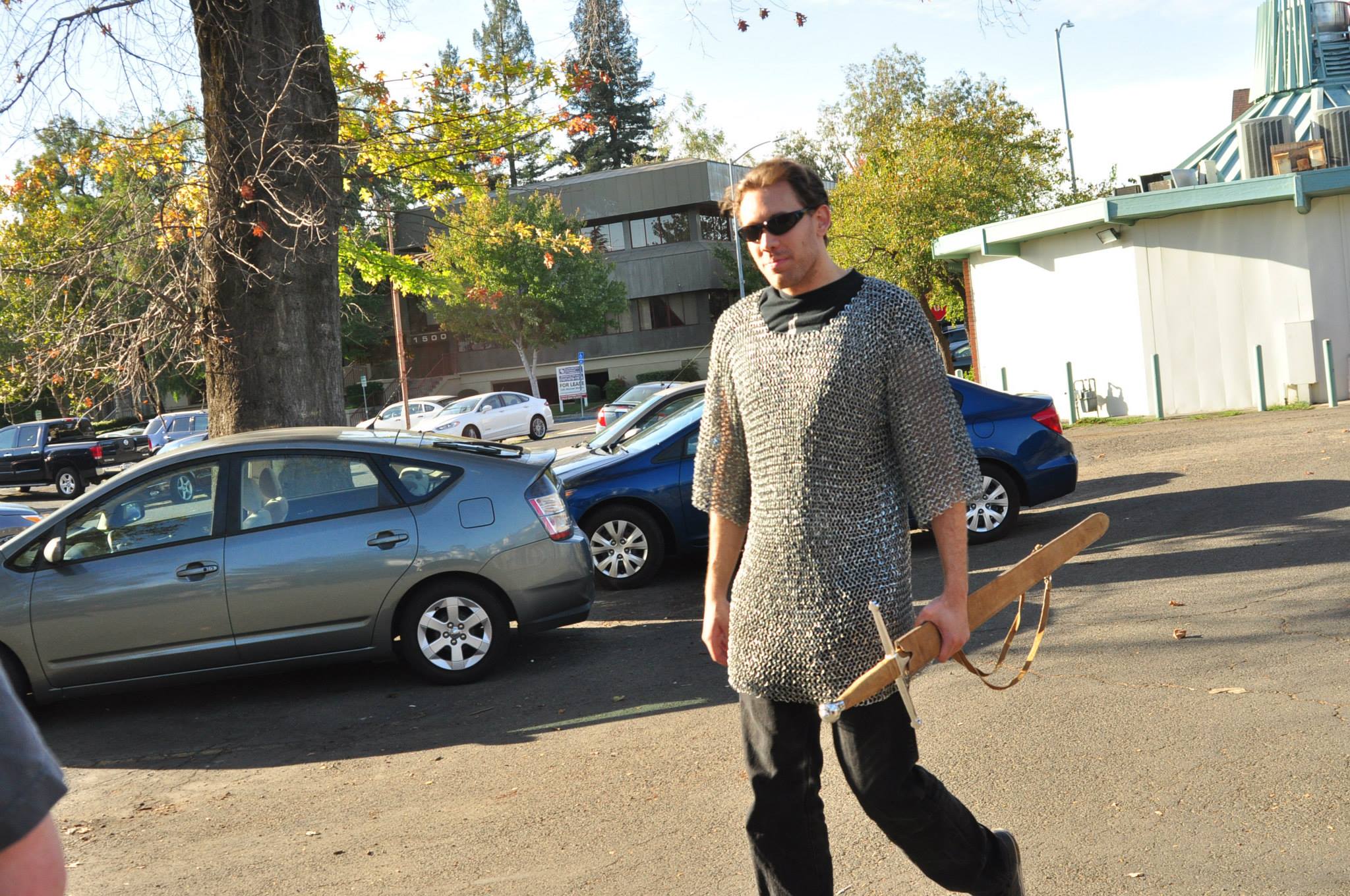 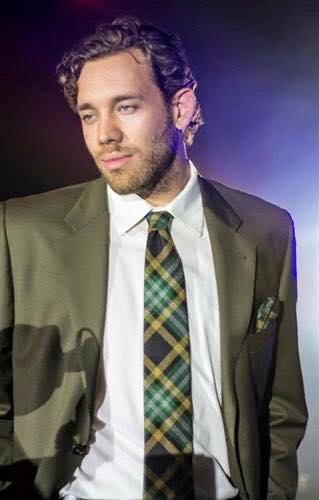 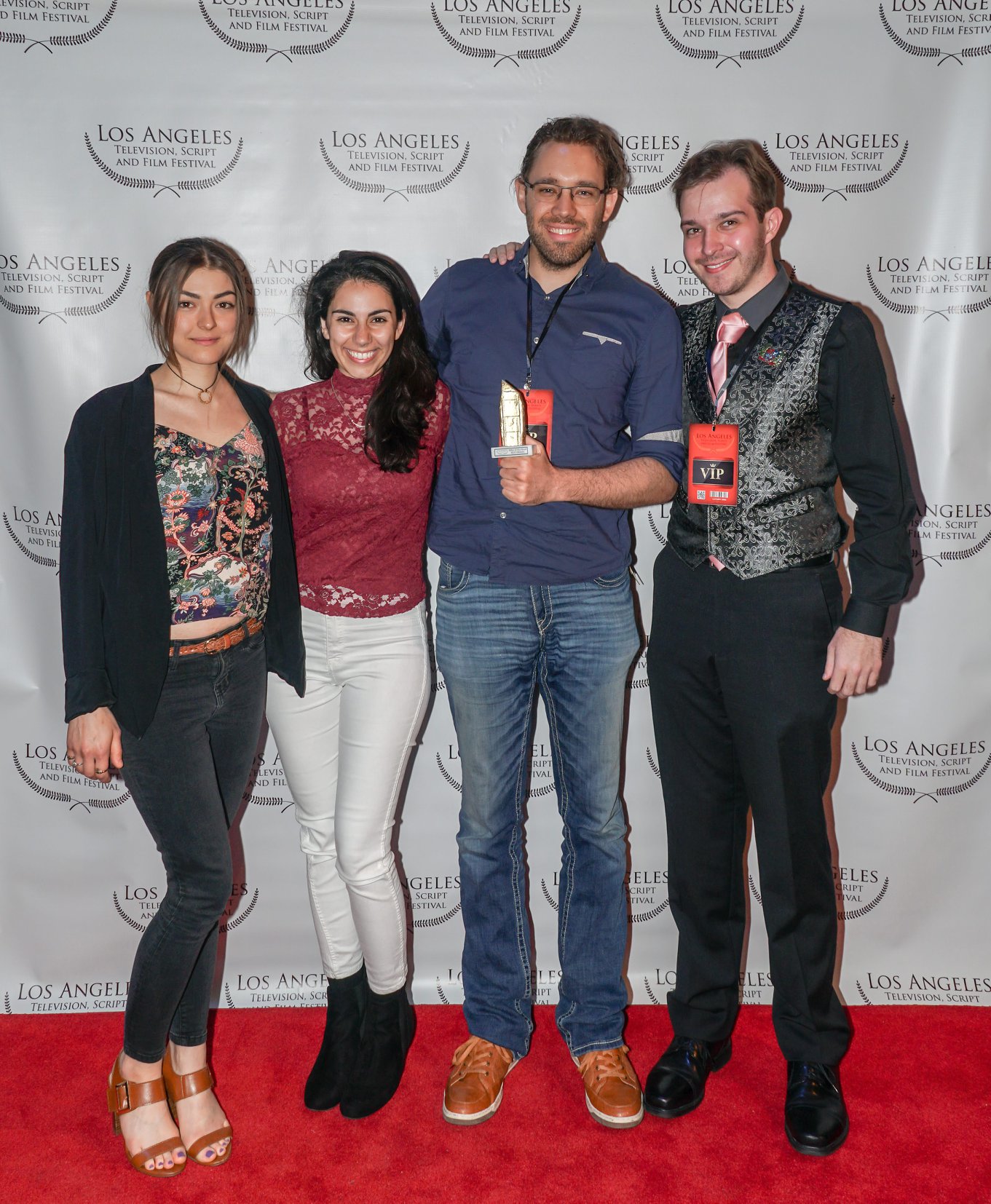 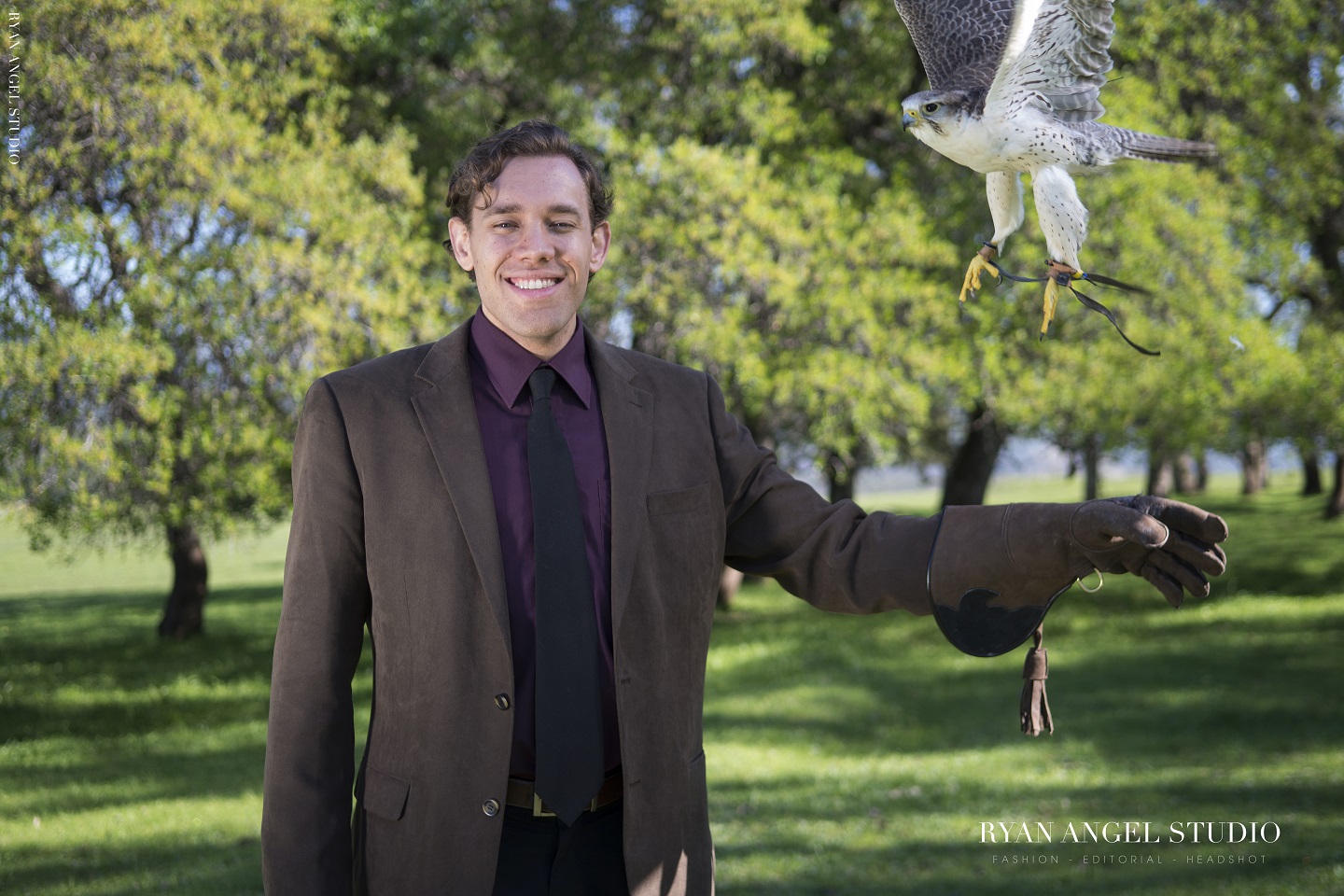 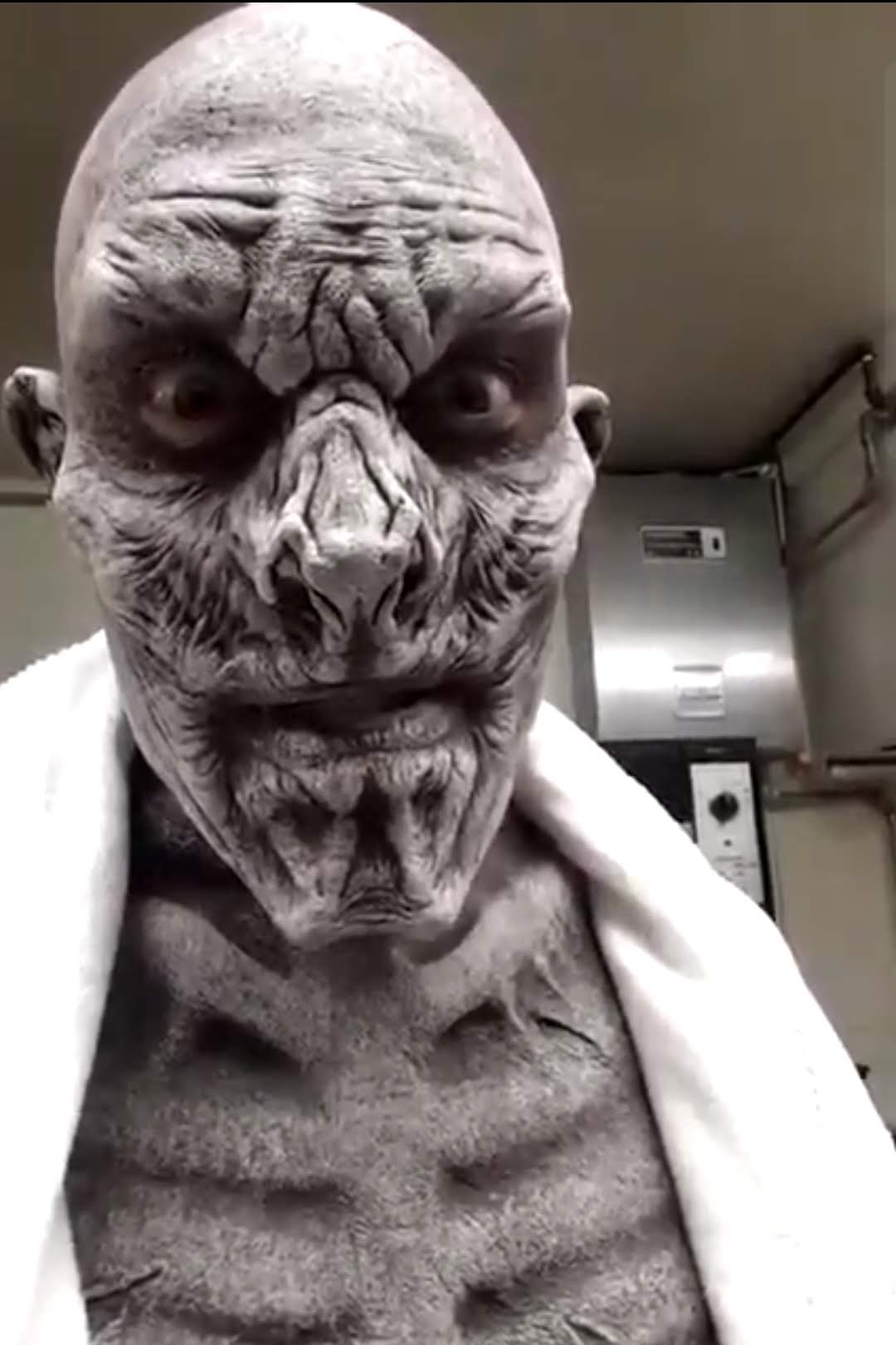 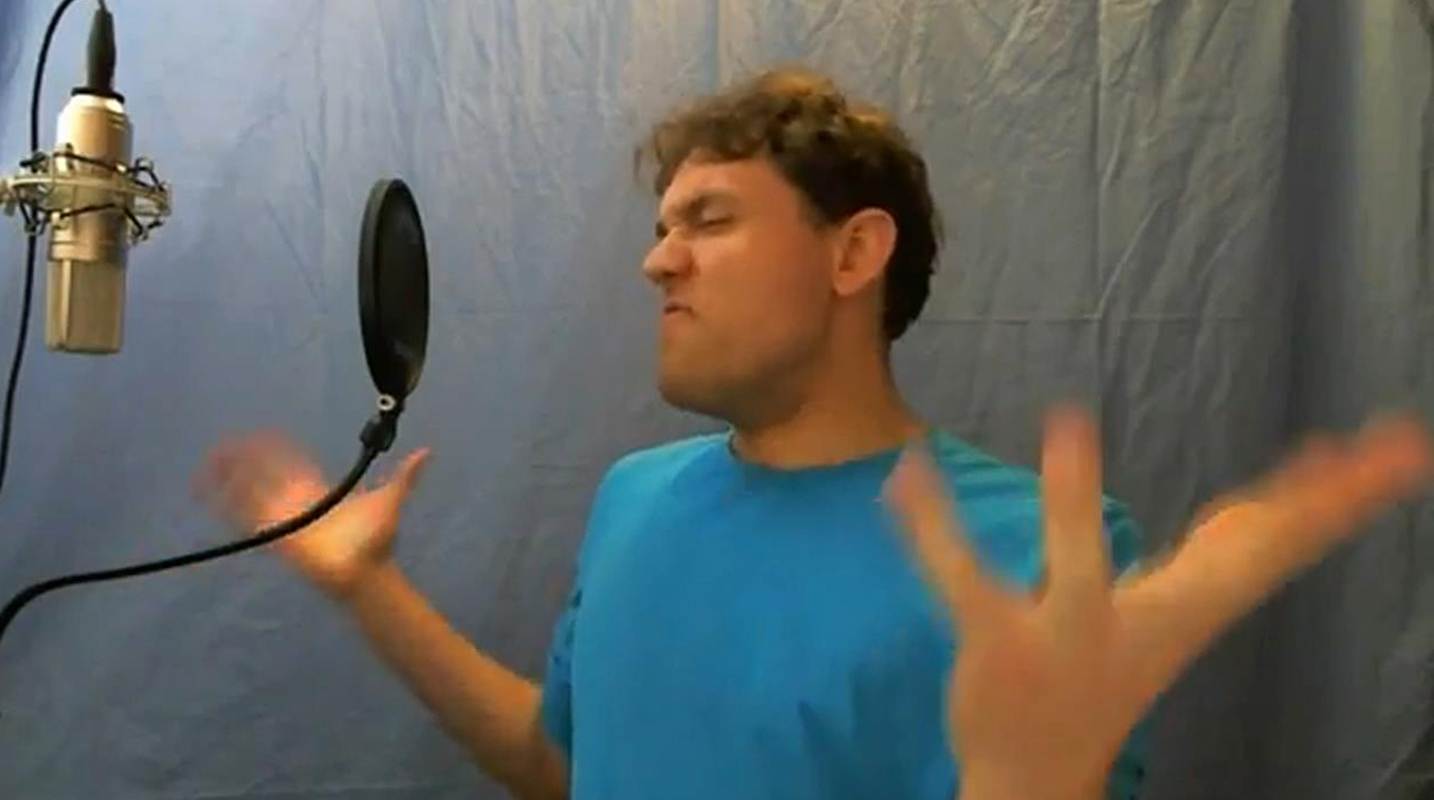