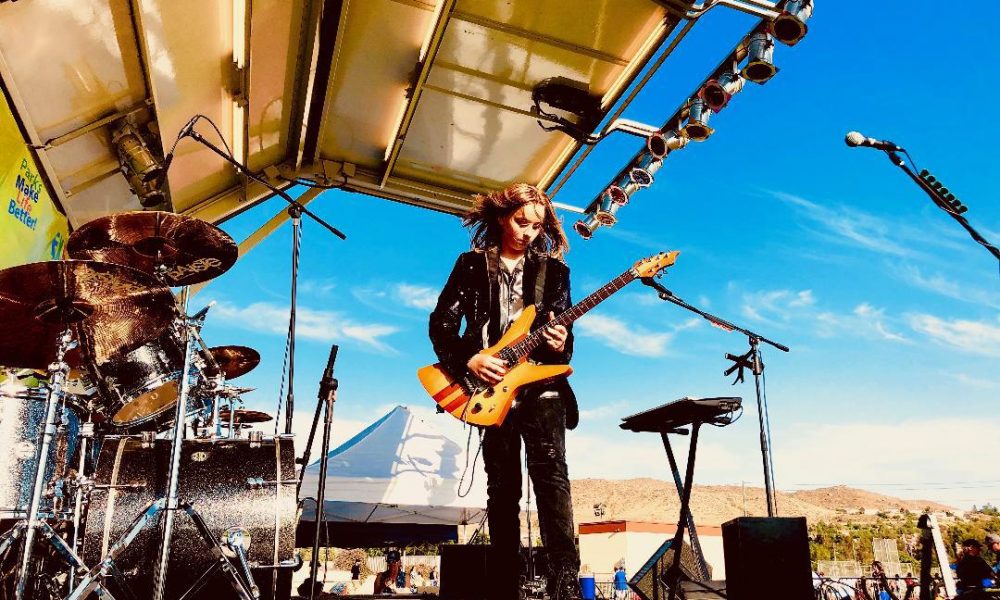 Today we’d like to introduce you to Ben Burrell.

Thanks for sharing your story with us Ben. So, let’s start at the beginning and we can move on from there.
I am Ben Burrell, the guitarist, vocalist, keyboardist, and songwriter for my band War le Fäy. I was around seven years old when I picked up my Dad’s homemade acoustic guitar and started to play around with it. I instantly fell in love with the guitar and played it all the time. I would wake up at 5:30 in the morning and play the song 2112 from the band Rush. This is a 20-minute song and it is loud! This drove my Mom nuts!!! So she would yell at me to turn it down so she could sleep. She did this a lot so I wrote a song about it called “ A Whole Lotta Madness”. I started writing songs at age eight.

I have recorded 8 songs and have another 4 on the way soon. I record at Hear No Evil Studio with Elliot Koenig and David Dykstra is our producer. I do my best to write songs that have strong meaning and have very unique qualities. I am the songwriter of all War le Fay songs. The First EP is entitled “Element,” which contains beautiful piano and meaningful lyrics. The Second EP is “Transfusion” which has huge harmonies and powerful riffs. My EPs are for sale on all major platforms.

I enjoy listening to rock and metal music especially Dream Theater. I got to meet John Petrucci at the NAMM show last year and I base a lot of my songwriting and guitar playing from this band. They are one of the great metal rock bands today, but it is Rush that got me started. I listened to Rush at seven years old and played many of their songs for schools and open mic nights. I listen to many bands and read a lot, this is what really influences my guitar playing and songwriting.

Overall, has it been relatively smooth? If not, what were some of the struggles along the way?
I am a very young man, but there are some big obstacles in the music world right now. Everywhere I go to find gigs, they tell me I must pay to play. This is really devastating to new upcoming bands like mine for we have no income and we are playing to make money. So the few great gigs we get that do pay really help us out. We hope to change this scene someday so all bands have a chance in this great city.

Also, most people do not buy music anymore which is another area we can not make good money. How are musicians supposed to make money these days? I want to get people to see how valuable music is and buy music again. Local artists need to be supported and the community needs to see that this is important for music’s survival. So these are my obstacles as well as all-new bands. Finding new ways to play our original music and make a good living for our future.

Can you give our readers some background on your music?
My Band and Business is War le Fäy:

My band is an original progressive metal band from SoCal named War le Fäy. Our songs originate from big themes and diverse ideas. Our live performances are dynamic and compelling. War le Fäy’s goal is to push the envelope of progressive rock with soaring vocals and searing riffs. I have recorded eleven original songs as of 2019.

I am the guitarist, vocalist, and leader of the band War le Fäy. Tanner Novak is the new amazing drummer of War le Fäy and is very energetic on stage. Gavin Carney plays the bass and is fantastic and engaging! War le Fäy plays some rock cover songs, but we always play our original songs which we are passionate about. The talent truly is in our great songwriting and the skilled guitar, bass, and drum playing.

Any shoutouts? Who else deserves credit in this story – who has played a meaningful role?
I personally have worked with some great people, guitar and band teachers. When I was seven years old I took lessons from Andy Highhouse a very talented guitarist. Andy plays with many bands as a vocalist and lead guitarist. He loves to play classic rock. I play with his bands as well. When I started my own band at age eight, I worked with a group of band teachers named David Dykstra, Matt Phillips, Dan Hill, and Becky Imoe. They all taught me how a band works. David Dykstra still works with me today as my producer/manager. David is the best in all areas of music! He has taught me so much and is still, I can never repay what he has given me. What a fantastic friend he is. I have learned a lot of recording information from Hear No Evil Studio with Elliot Koenig. This is the best place in the OC area to record!

The studio is amazing and Elliot himself is so knowledgeable in all areas of music. My mother Airica drives me everywhere for my lessons and Gigs. My mother is my manager and number one supporter. My brother Donny Burrell was my main drummer for years and has recorded all the drums on my EPs. He is Fantastic! My Father is an amazing woodworker and has built me five guitars for all my rock needs. Thank you to all my family, friends, fans, and teachers for your love and support. Ben Burrell or as some of you know me Ben E the Jet Burrell.

What I am proud of…

As a starving musician, I don’t have extra cash and of course, I want the best gear. My father is a general contractor and he made me many guitars. He has also made guitars for the Great White bands’ guitarist Robby Lochner, guitarist Andy Highhouse, and Mathew Phillips. I love my homemade guitars and I even made my newest 7 string guitar with my father’s assistance. These guitars are very special to me and they sound fantastic. Great quality and smooth sound.

I also like playing for other bands when they need me for recording. I am also the guitarist for The Royal Half Circle band. This is a rock band that is upcoming as well and they have great original songs. David Dykstra War le Fay’s producer has also hired me to play the guitar and sing in all his original songs for The Royal Half Circle Band. I have been hired by other bands as a guitarist for recordings of their songs as well. 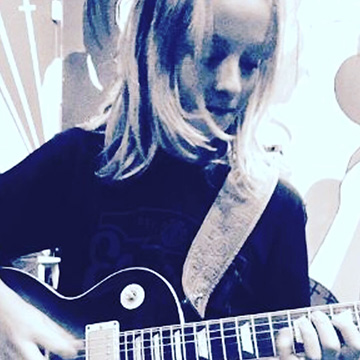 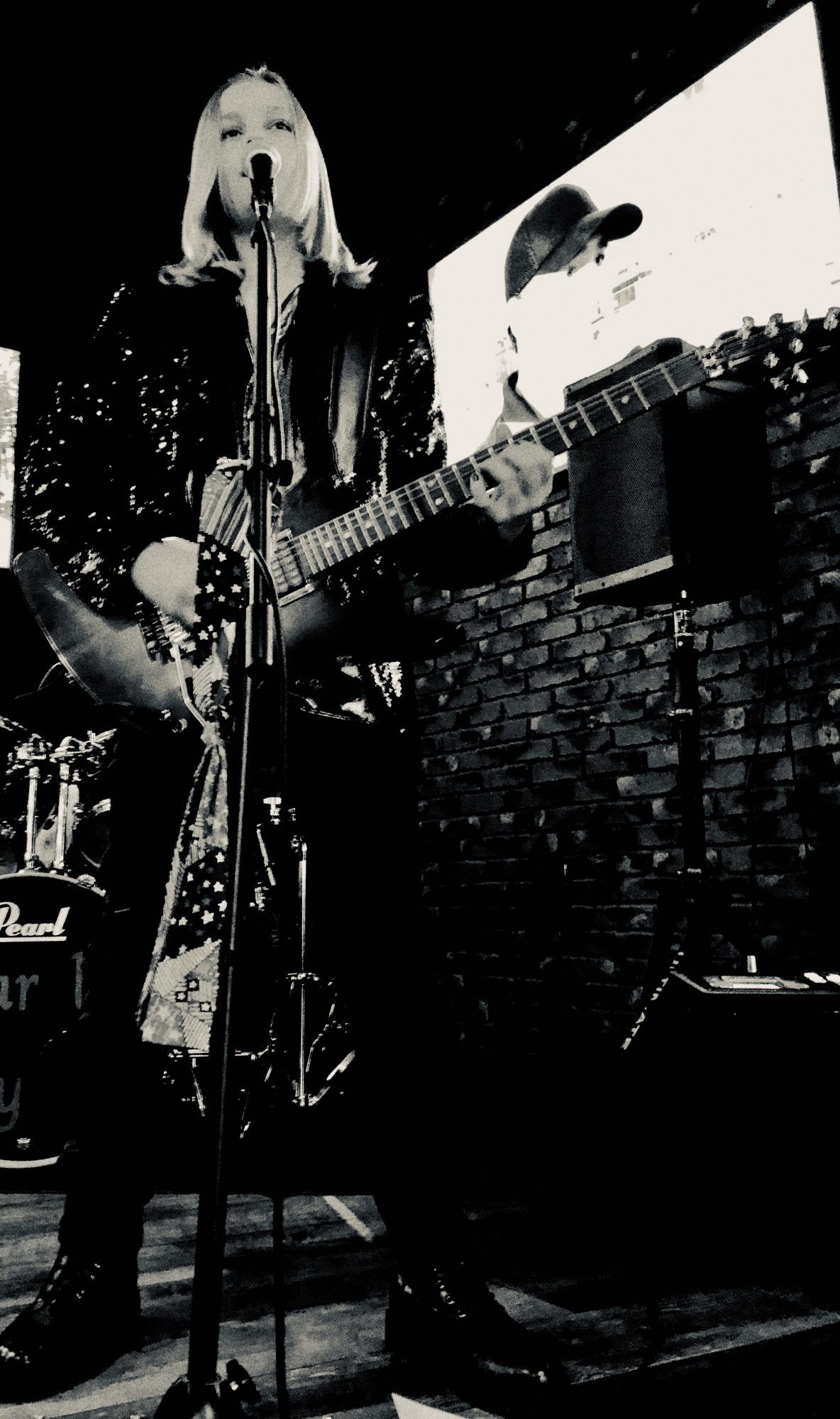 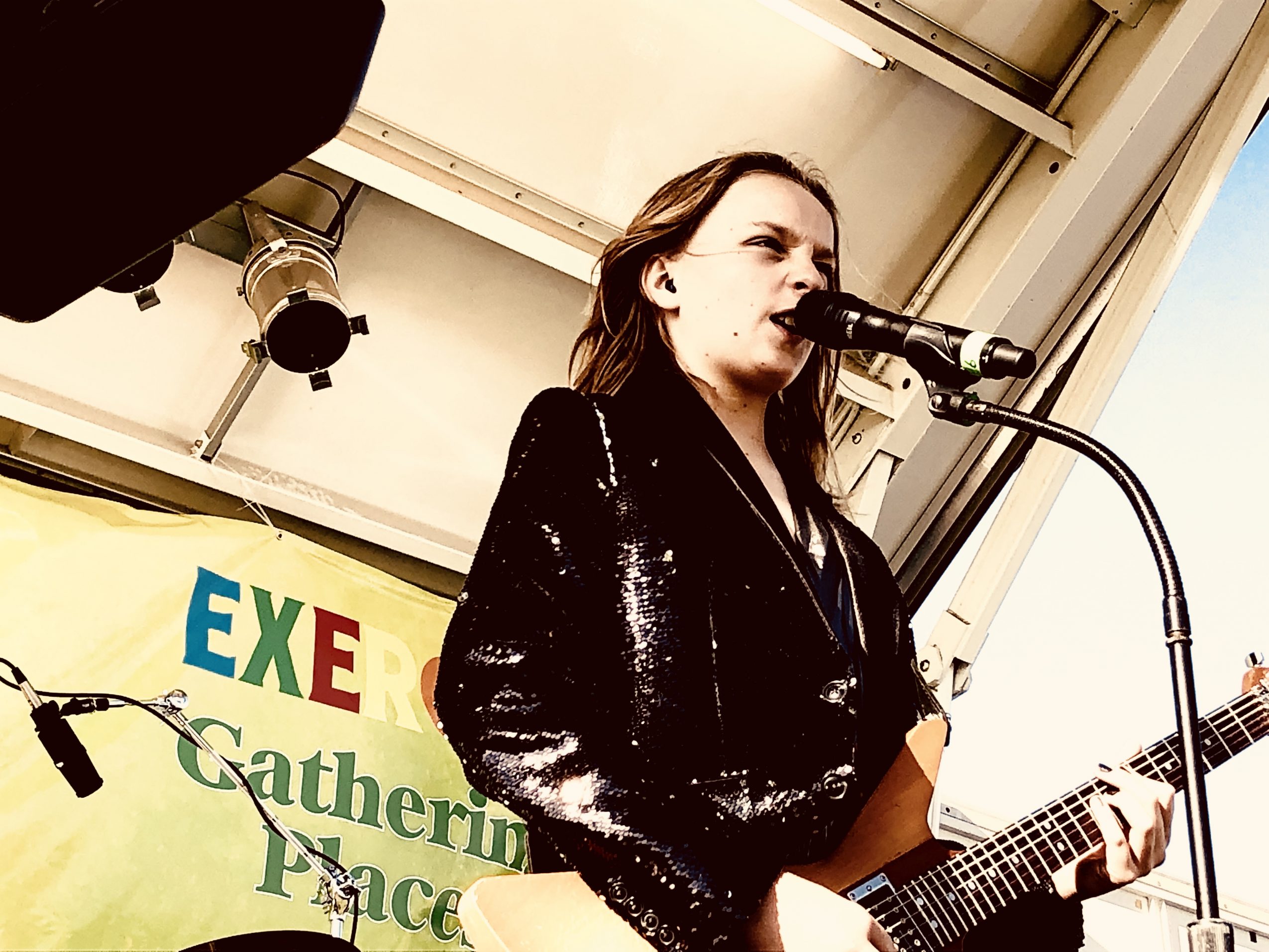 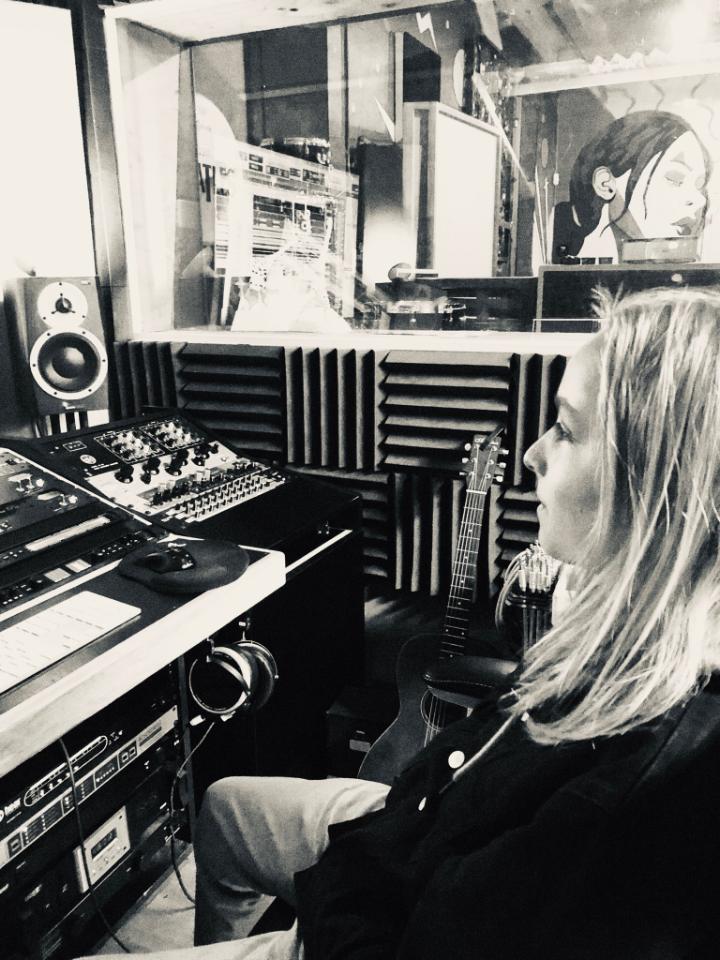 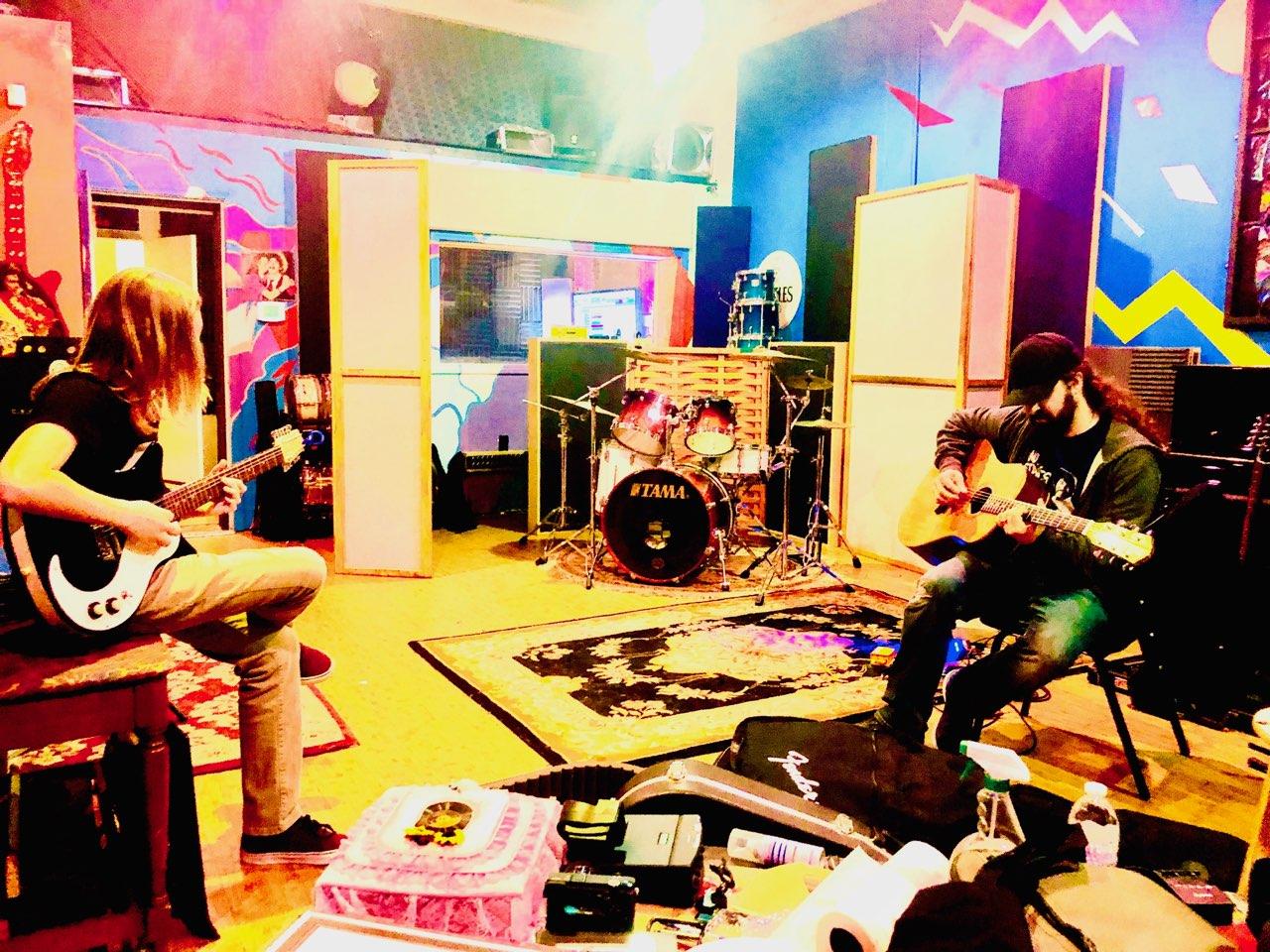 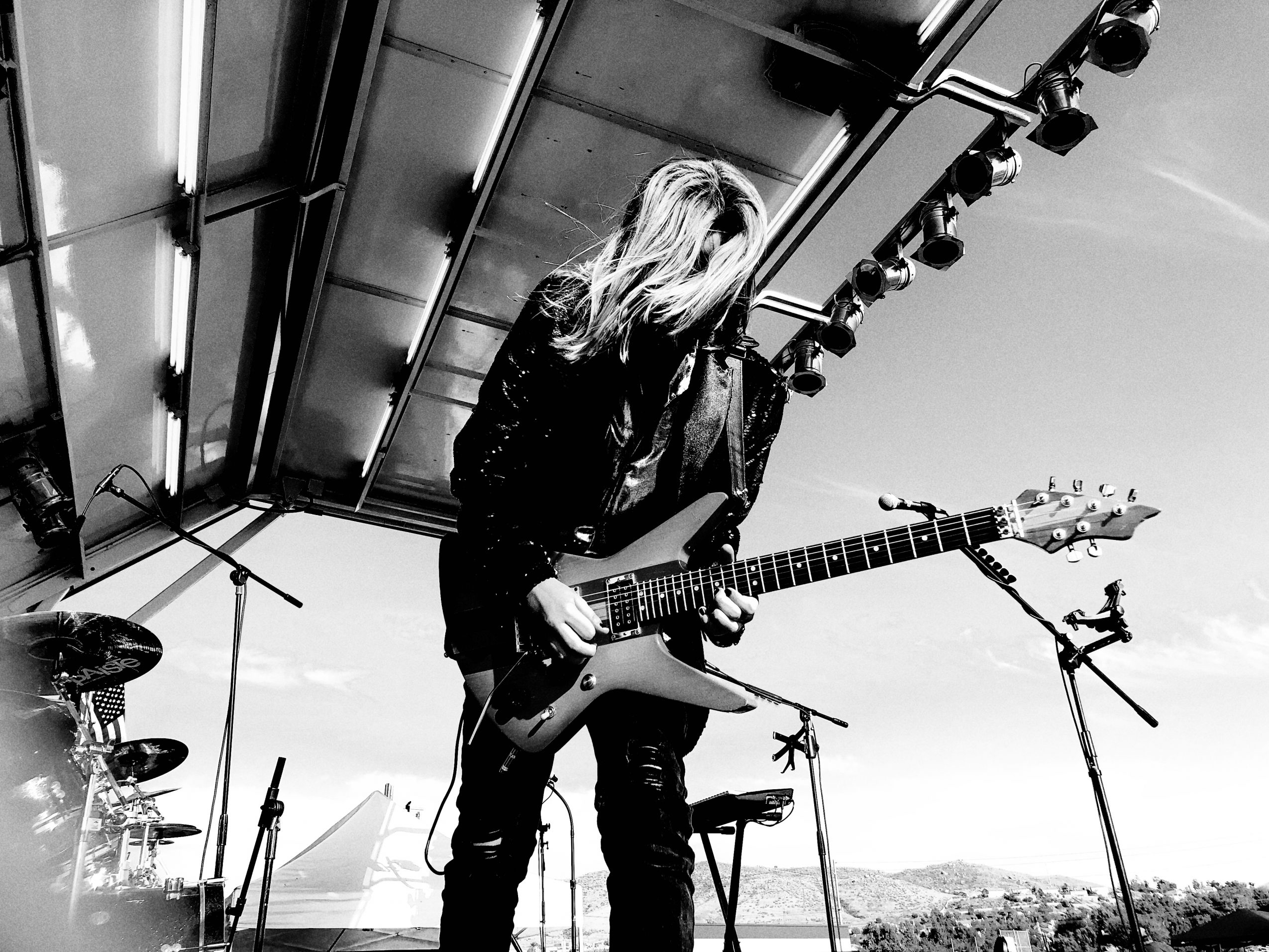 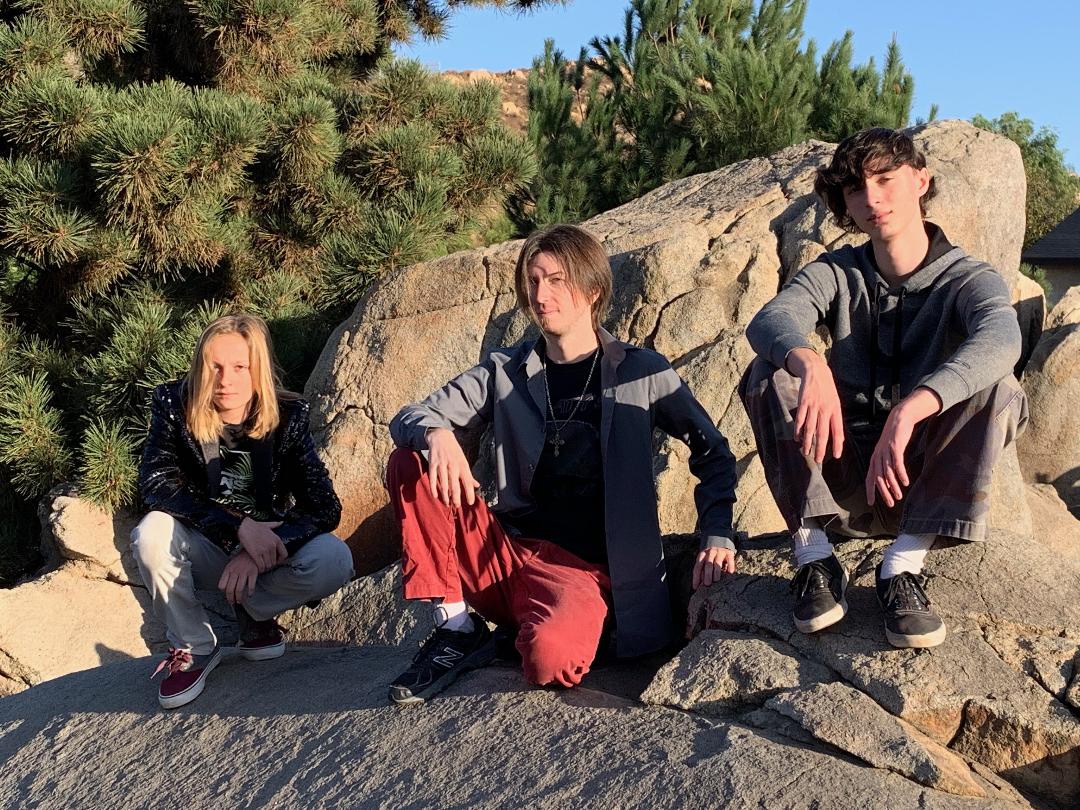 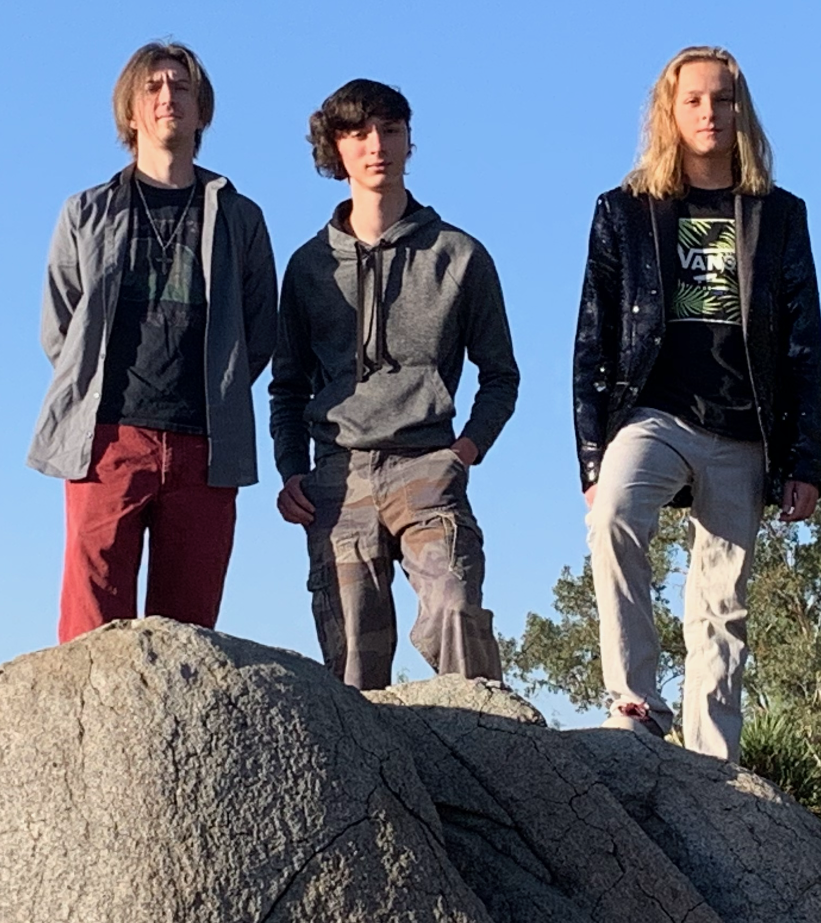 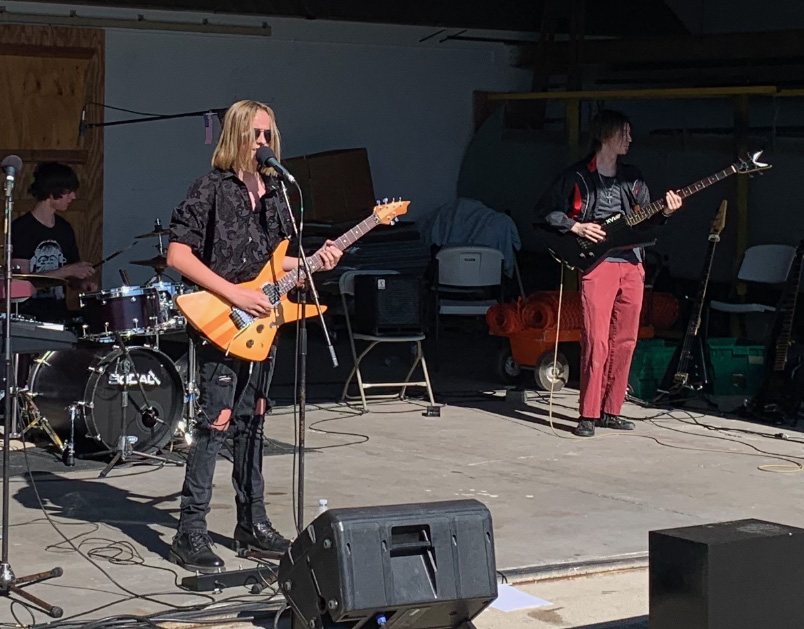 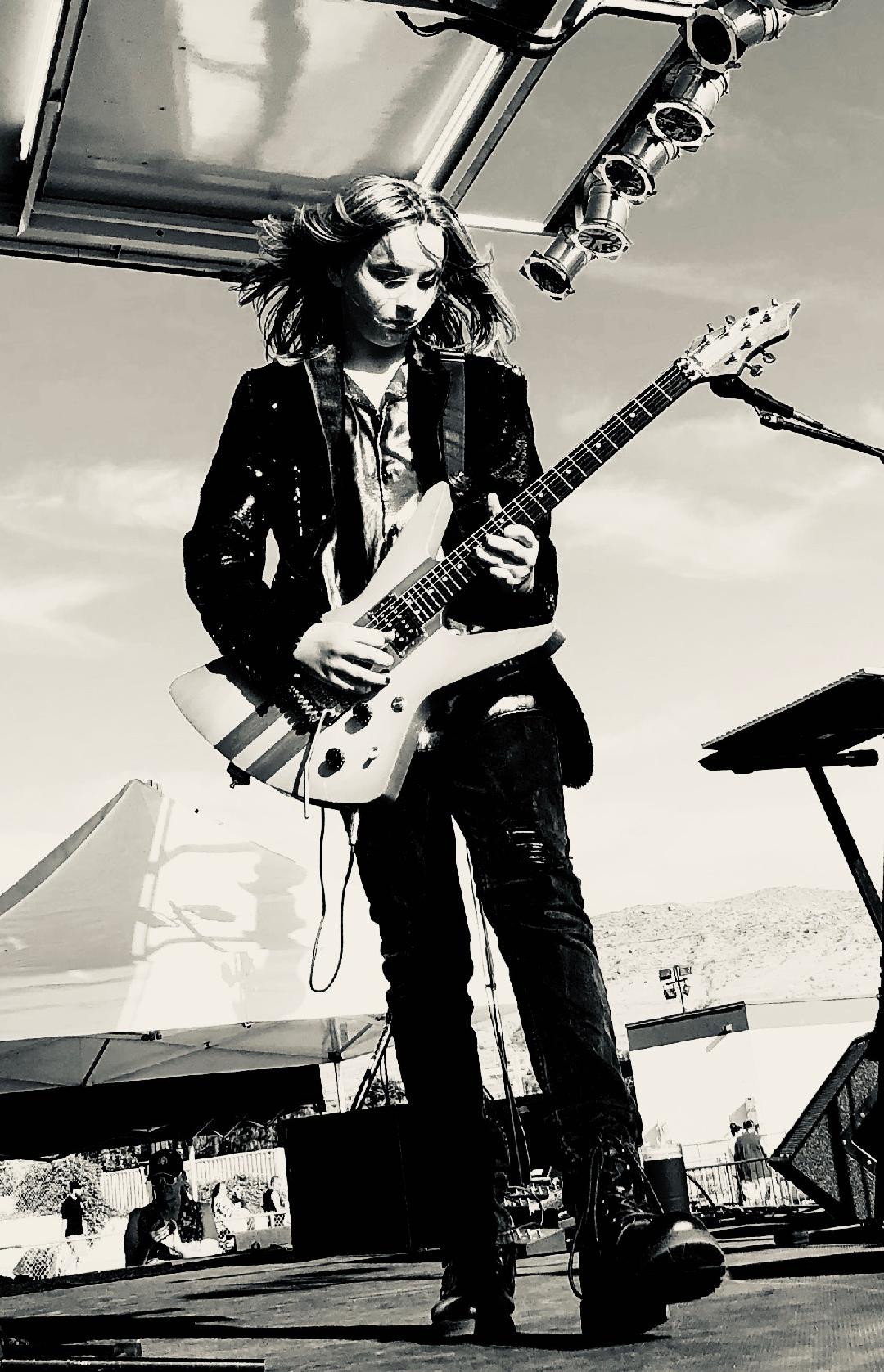