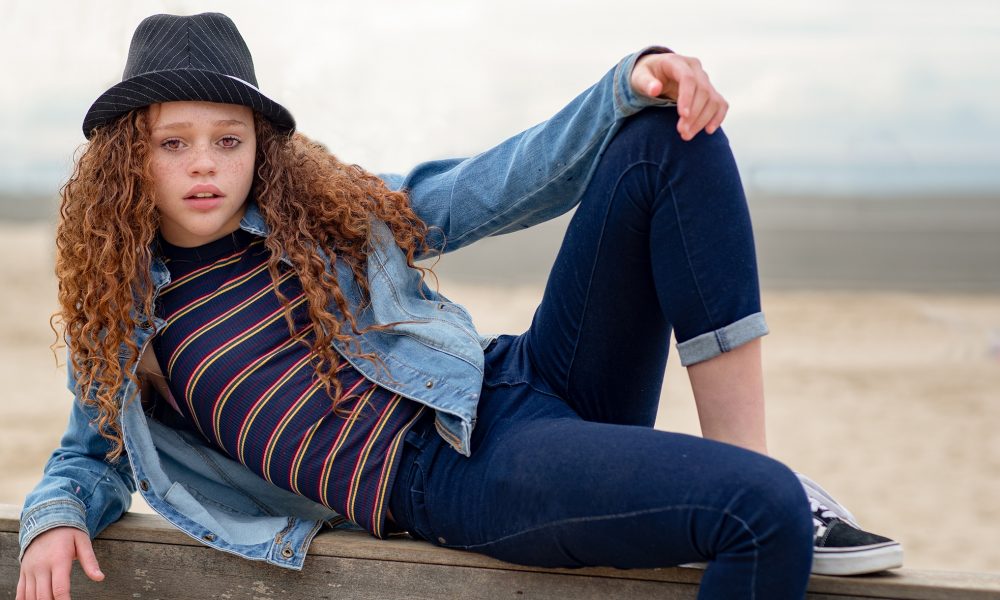 Today we’d like to introduce you to Bella Gantt.

Thanks for sharing your story with us Bella. So, let’s start at the beginning and we can move on from there.
My story started when I was eight years old when I lived in Pittsburgh, Pennsylvania.  I was on a dance team and then continued into a contortion and acro group where I discovered I had a talent for shooting a bow with my feet while in a handstand. Some call it footarchery. I look just like Merida from the Disney movie Brave and shes an archer, so we decided to create an act but put a twist on it. From there, I went super viral. I couldnt believe it. My story was all over the world. Even in Poland and Africa. After that I went on to be known as a foot archer prodigy and have traveled the world performing on 14 TV shows, I have been to Columbia, Italy, Brazil, Australia, Vietnam, Philippines, Mexico. I have also been on MTVs Ridiculousness, Outrageous Acts of Science, The Gong Show, Good Morning America, Pickler & Ben, 60 Second Docs and Steve Harvey’s Little Big Shots. A few months ago, I even was lucky enough to film a Samsung commercial in Singapore.  I loved filming in every country I visited and it was so amazing to learn about other cultures and the differences between ours and theirs. Recently, I’ve upped my game as a foot archer because other girls are doing it now, mainly just for a stage show, but I take my art very seriously and I make very difficult shots to set myself apart and show people it’s not about just putting a bow in your foot. It’s a very difficult skill to actually master at a pro archer level. I now shoot from a skateboard in a handstand while its moving, with fire, blindfolded and I hit moving targets.

And to be honest, a lot of kids are busy on their phones or video games. I just choose to do something that I really love.

Because of being a good shot, I am a sponsored athlete for Blacktail Bow Company. They custom made my bow for my feet that they actually molded from my shooting foot and the bow is so special that the screw buttons on it were designed by the same man who designs the buttons for the Popes robes. Blacktail Bow Company is located in the state of Indiana. I feel so lucky to have them as my sponsor because they put so much work into handmaking their custom recurve bows out of the most beautiful wood and bamboo, just like I do in practicing my shots to keep making them proud. I feel like we are such a good match.

I am from Pittsburgh, PA but moved to Los Angeles last year to pursue my dreams. I perform with LePetit Cirque, which is an all kids performance troupe. now.

I recently returned from Singapore, where I shot a Galaxy Samsung 10 commercial…my shots for that were very hard but I hit my targets. It was so hot that day and the humidity was very high. It was a long tough day but I wouldn’t trade it for the world. Singapore is such a beautiful place.  I also was just featured on Japan TV, I didn’t get to travel there. Hopefully one day, if I keep improving, I’ll be invited there too.

I work very hard and I think that’s why I am lucky enough to get to do amazing things that any kid would love to experience. I love being in LA. It’s very different from Pittsburgh and I do something new every weekend. Like visit all the canyons and beaches.

Great, so let’s dig a little deeper into the story – has it been an easy path overall and if not, what were the challenges you’ve had to overcome?
It’s been a struggle sometimes. I have had to make a lot of sacrifices so that I am the best in my art that I can possibly be.. It takes so much dedication but it’s in my heart. I love what I do. Somedays I am sore and tired but I always push through it. Other days, I have to do my schoolwork at night or in the morning or on a plane when Im traveling. But I get really good grades and this year I was put in honors classes. Also, training can get expensive so my mom makes all my costumes and my dad and grandpap have made my handstand props.

We’d love to hear more about your work and what you are currently focused on. What else should we know?
I am a handbalancer and footarcher. What sets me apart from others is that I don’t do what I do for attention or just for show. I am a real shooter that hits my target because I spend hours practicing it. My sponsor says I’m an instinct shooter. Which in regular archery means I use my senses to shoot and hit instead of being able to aim an arrow that is over my head.

Do you look back particularly fondly on any memories from childhood?
I’m still a kid but one of my favorite memories is going on a plane for the first time to visit Los Angeles for my first TV show Steve Harvey’s Little Big Shots and to perform with LePetit Cirque. I was only nine and had to shoot this tiny door knocker from far away. I was so nervous but I did it! It was the best feeling. And my other favorite memories are playing outside with my two best friends exploring and pranking people in our neighborhood. 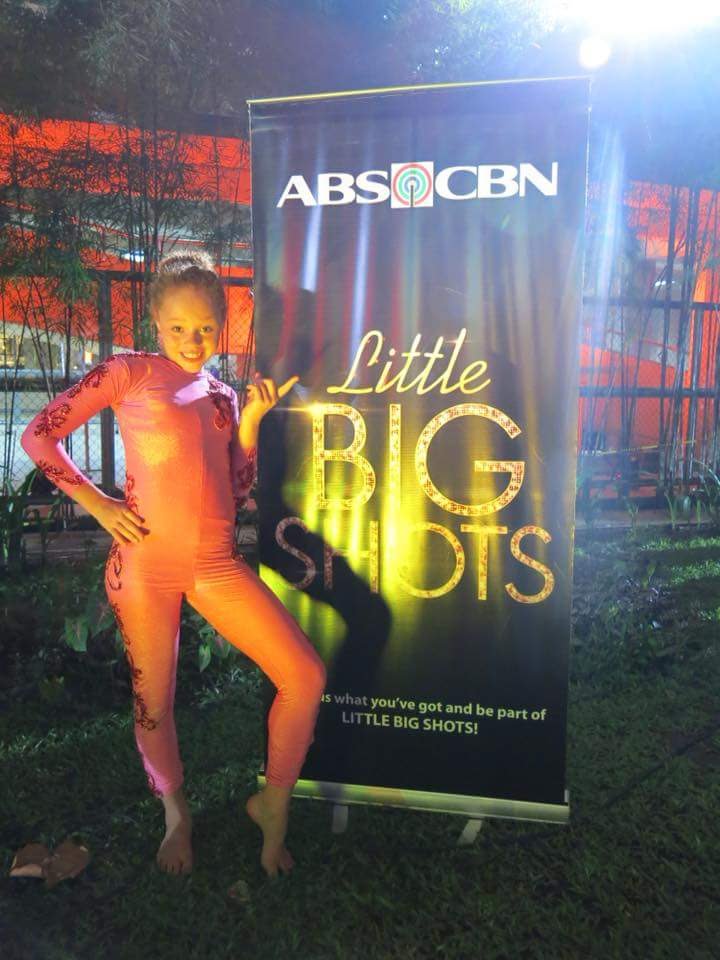 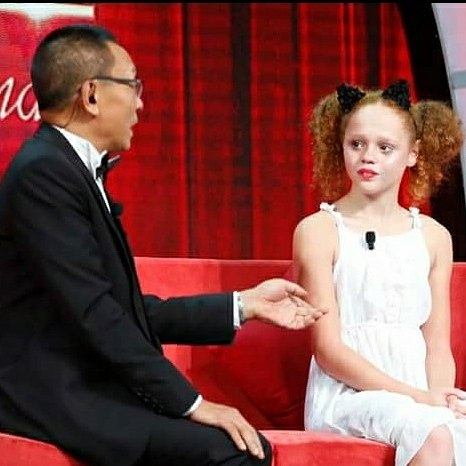 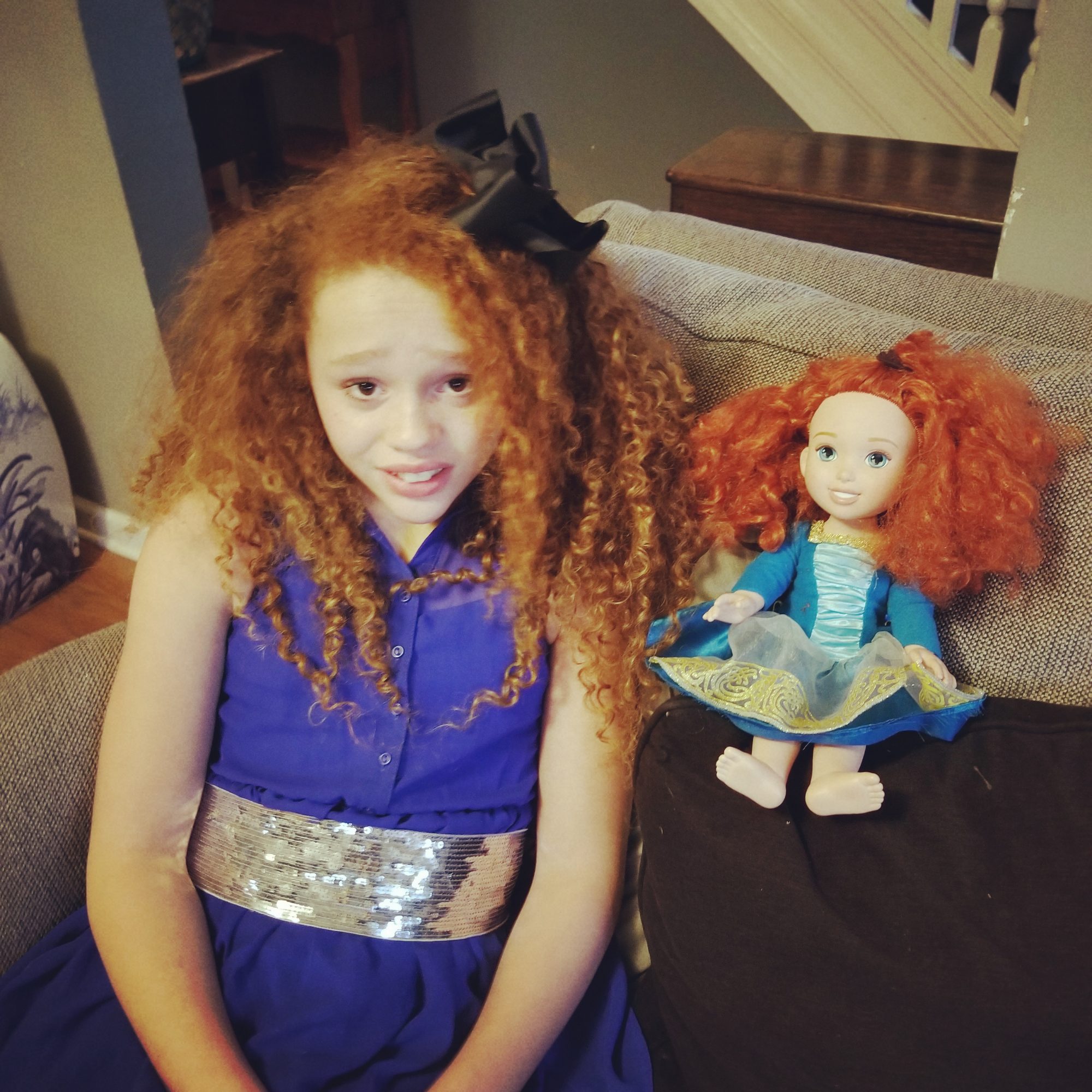 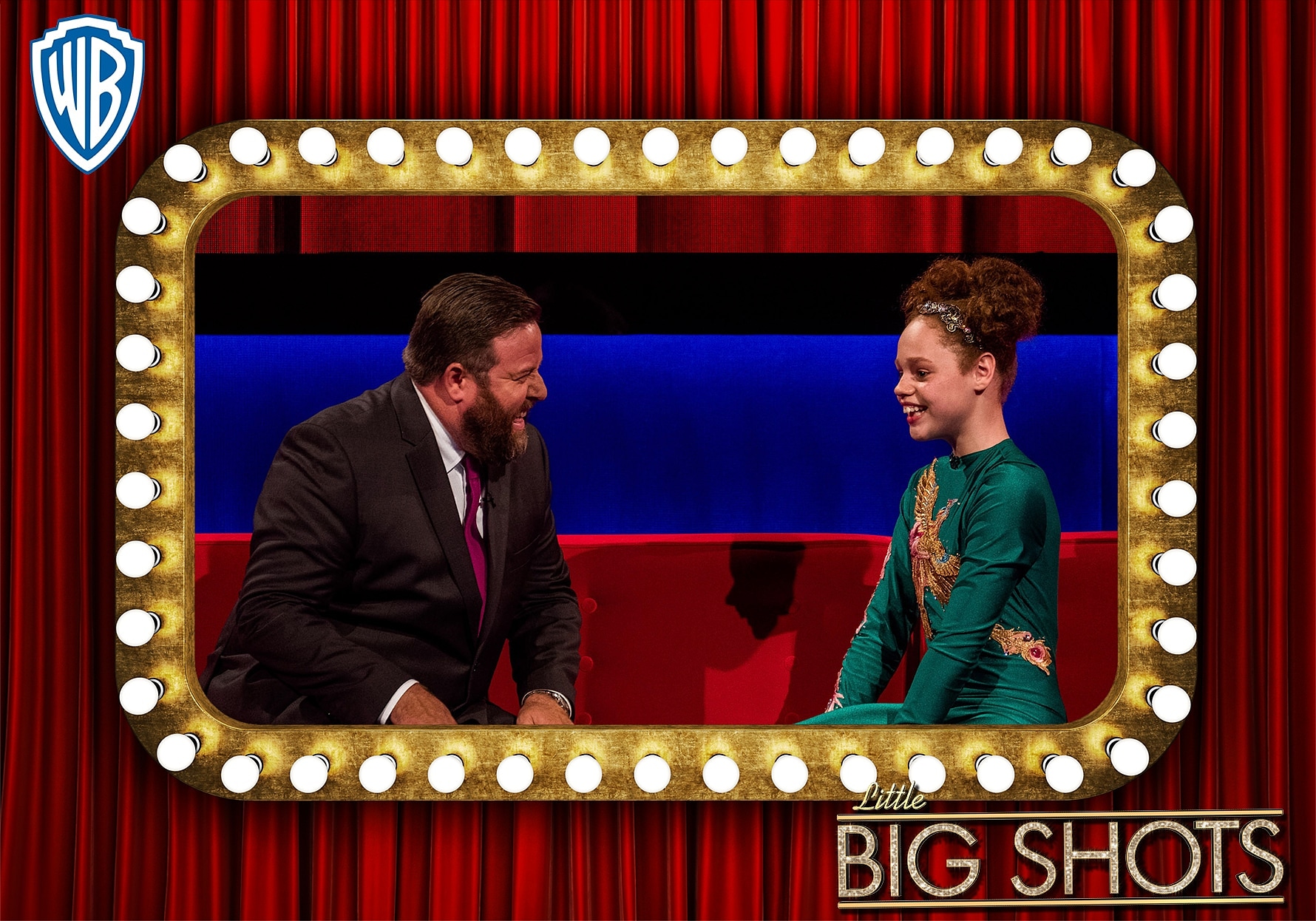 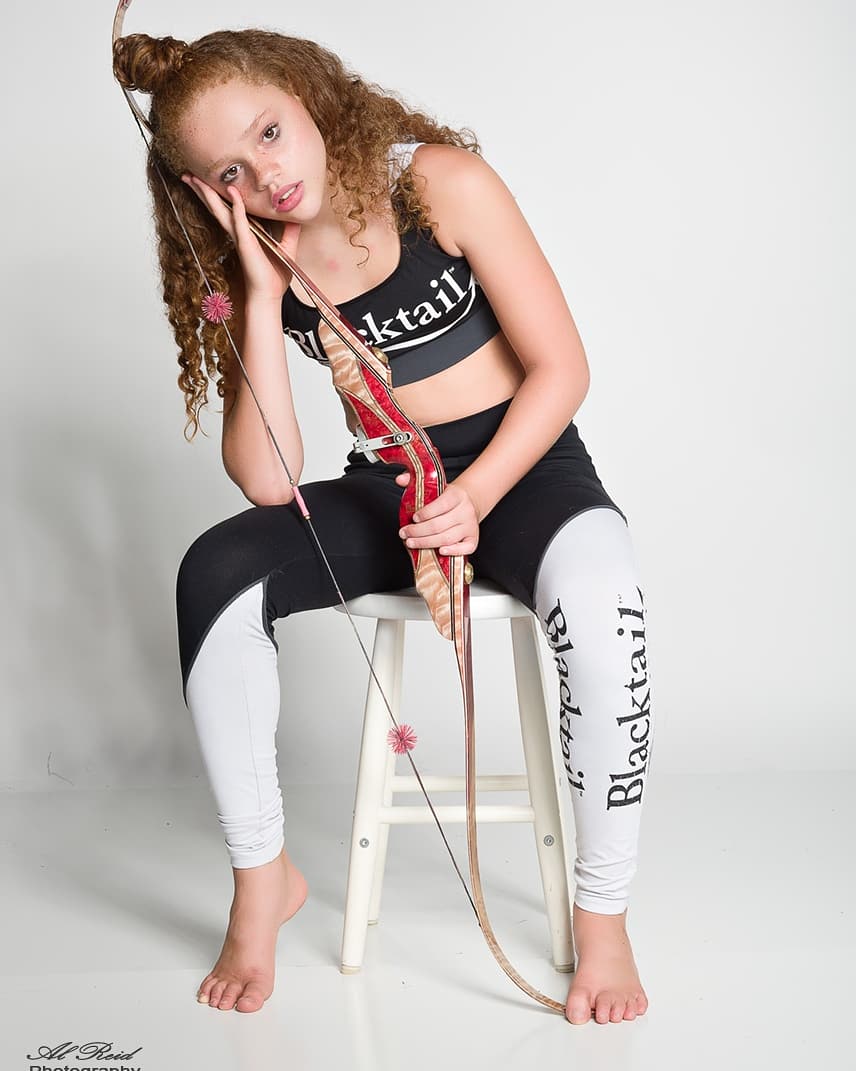 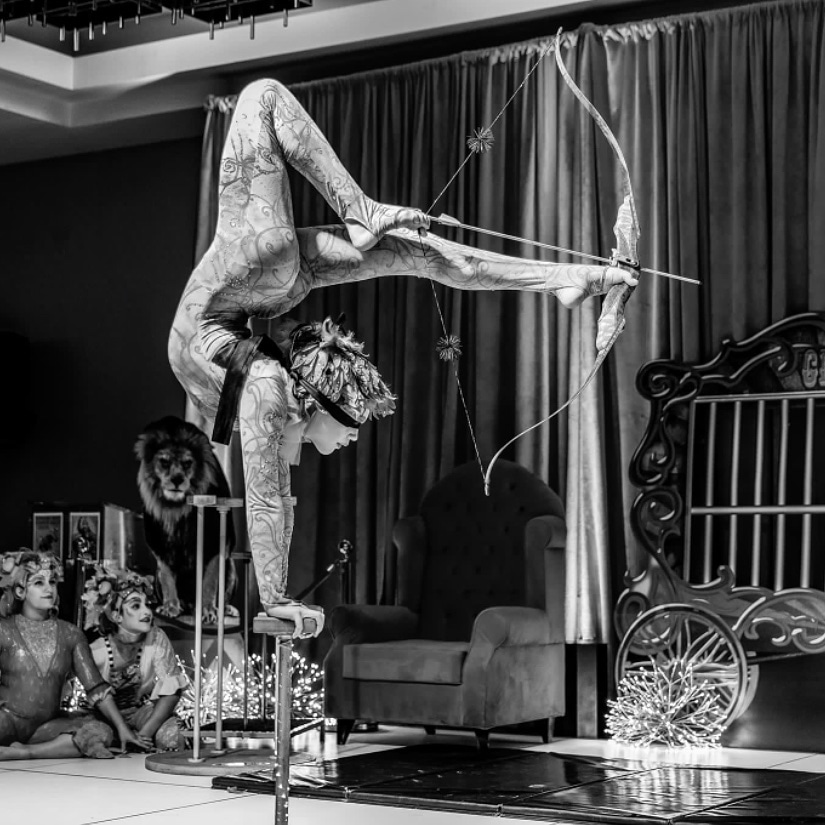 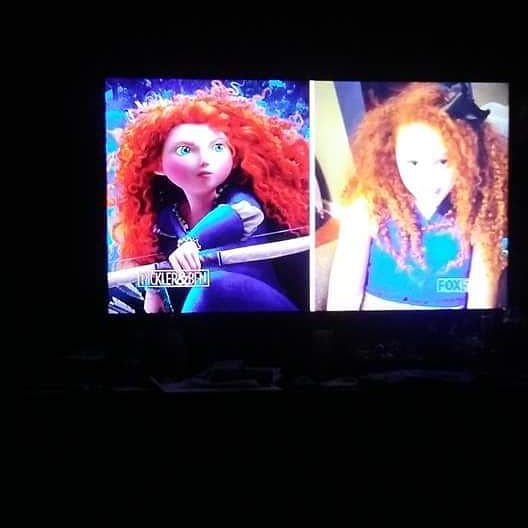 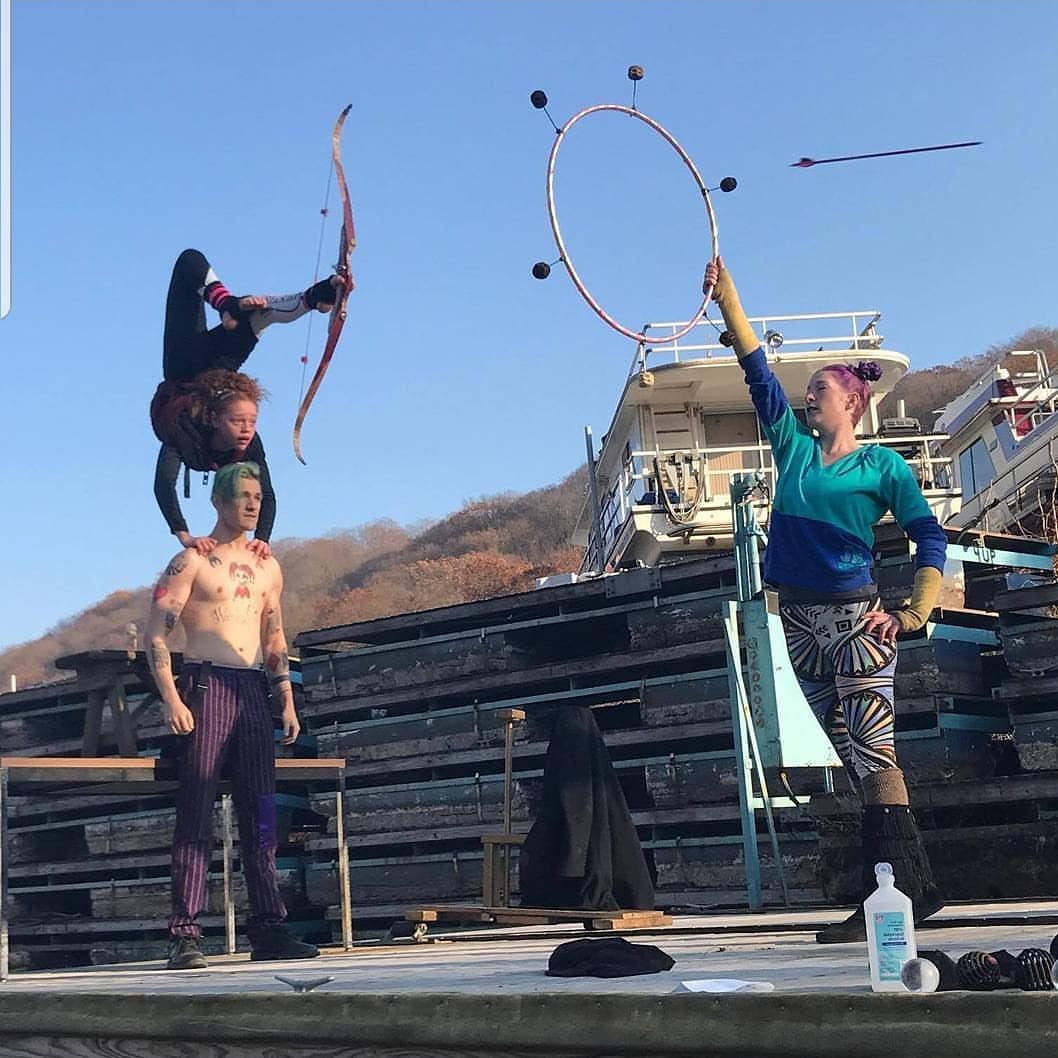 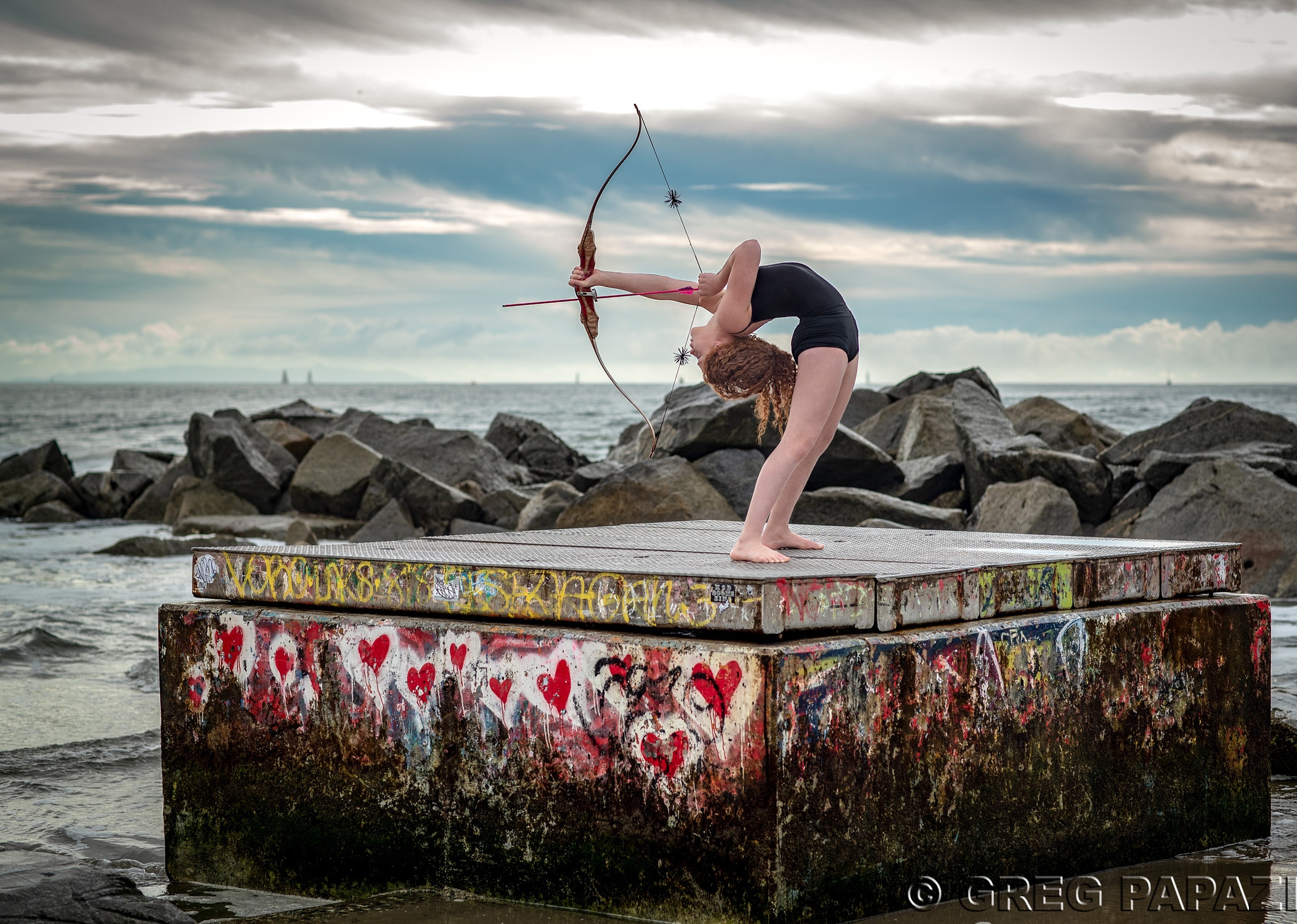 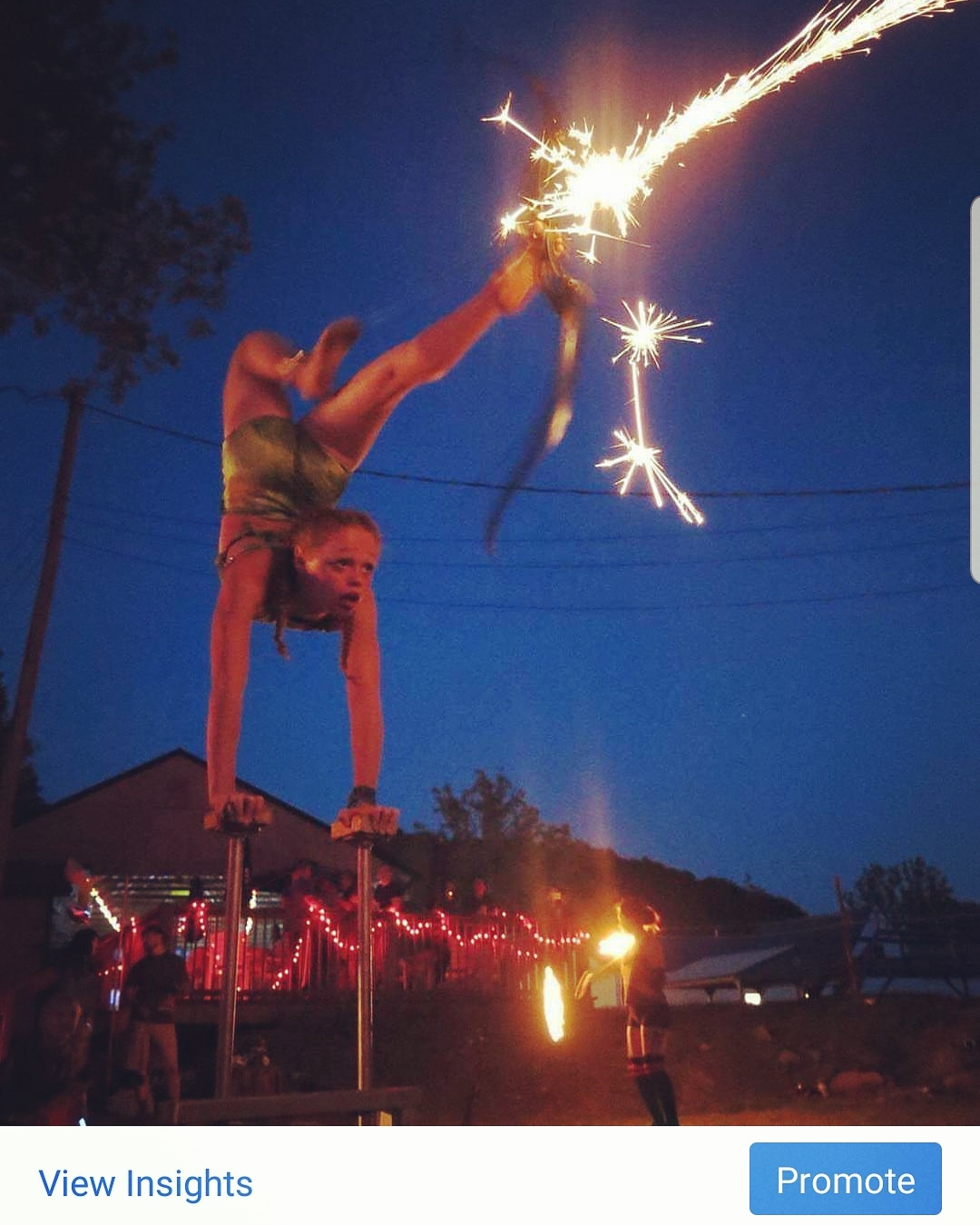 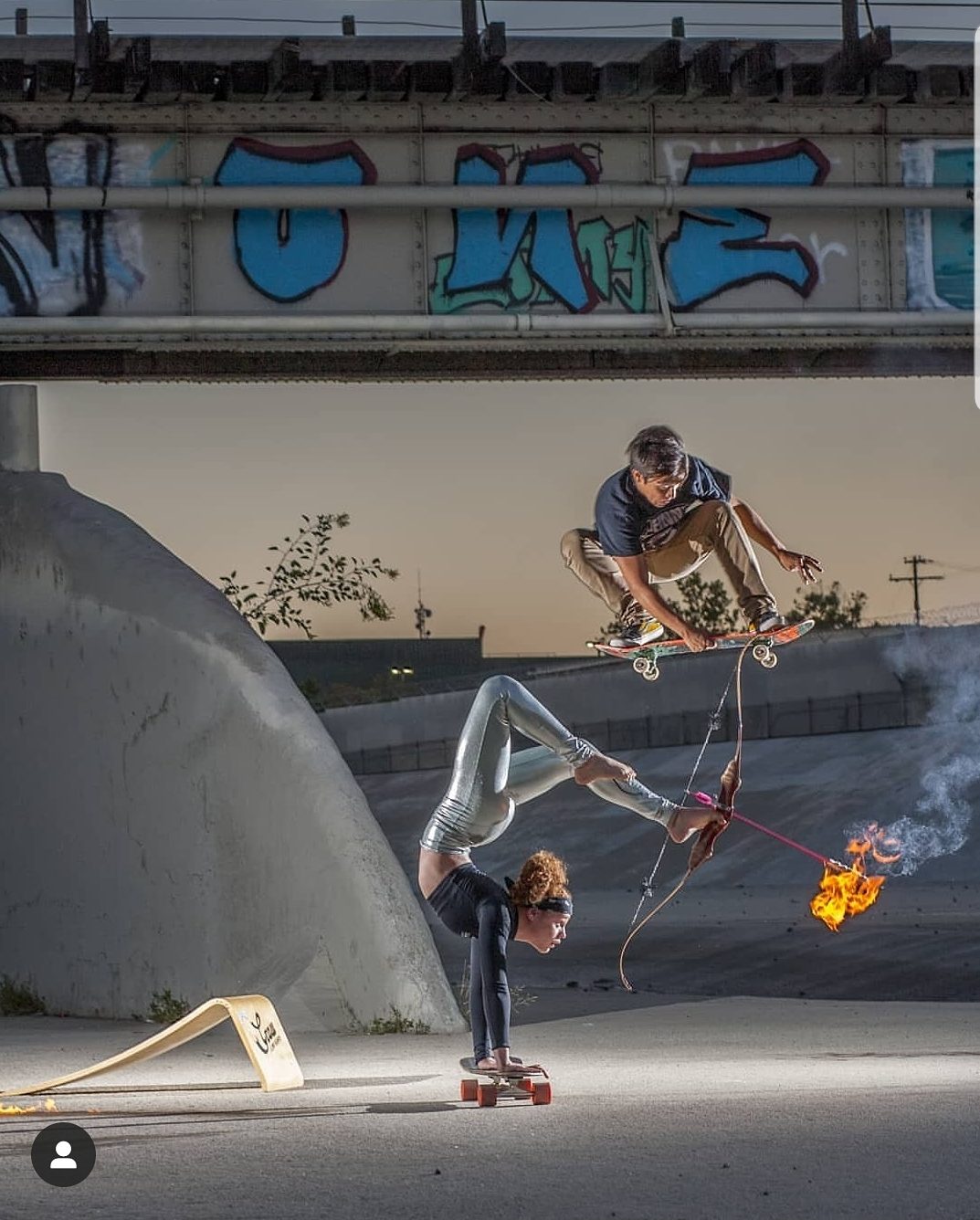 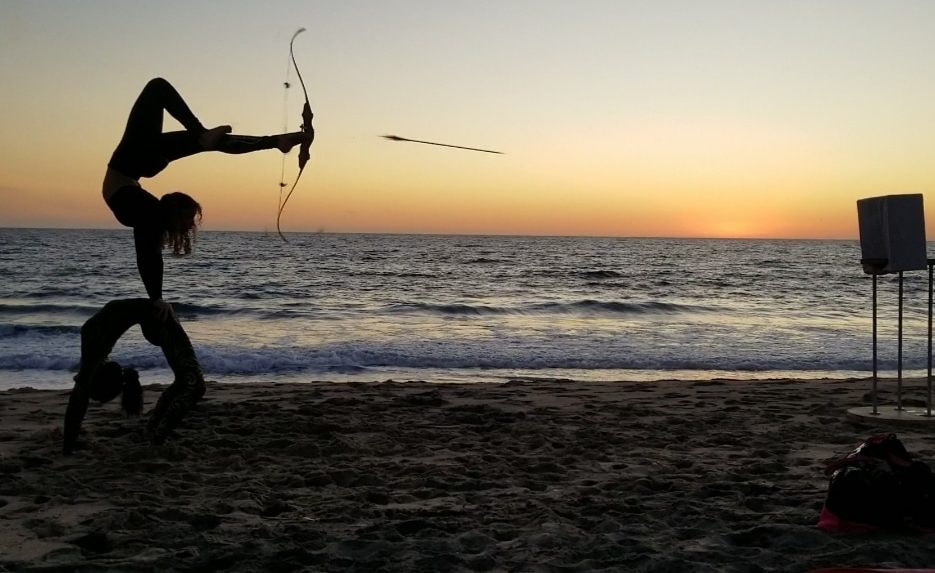 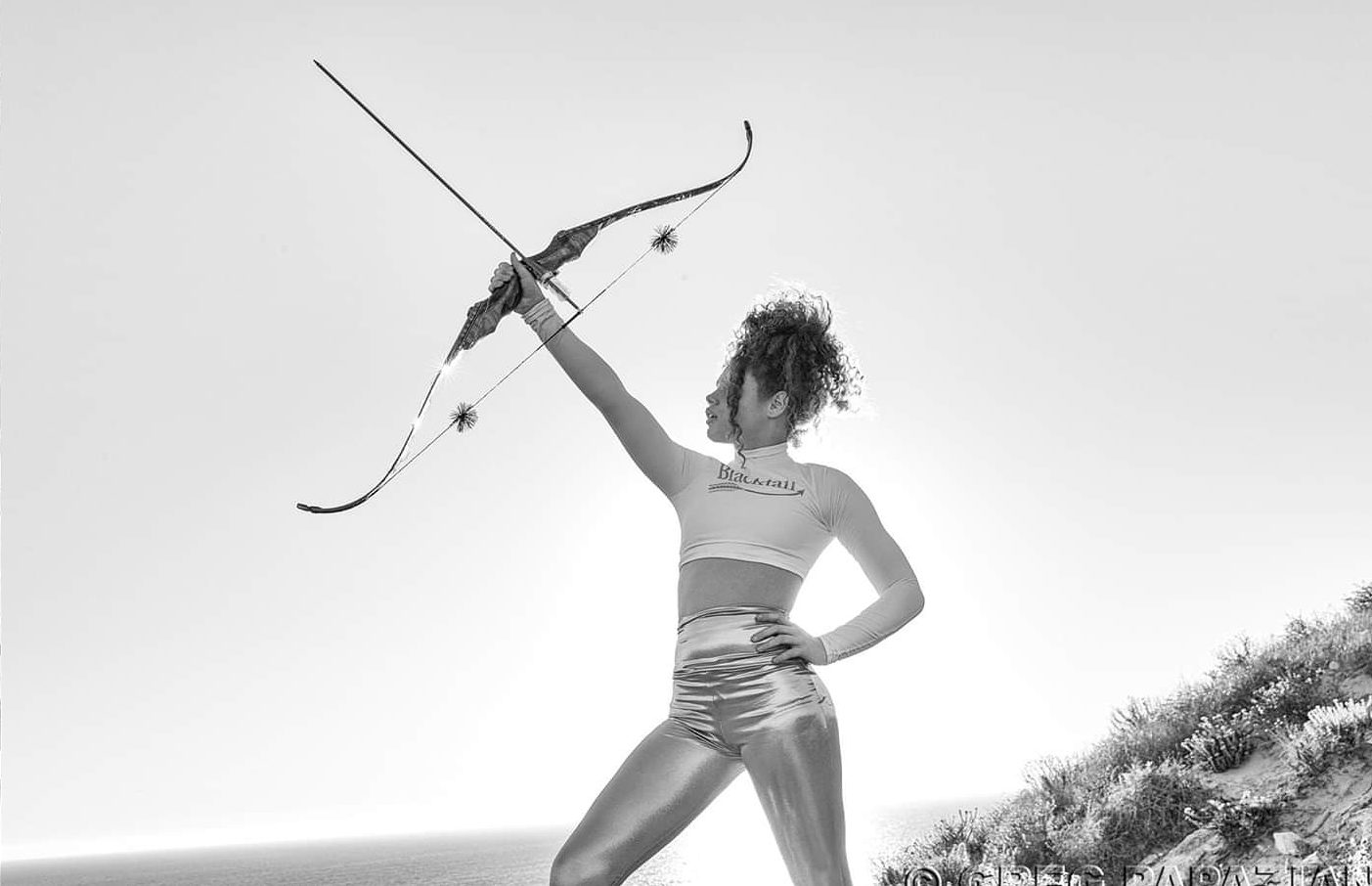