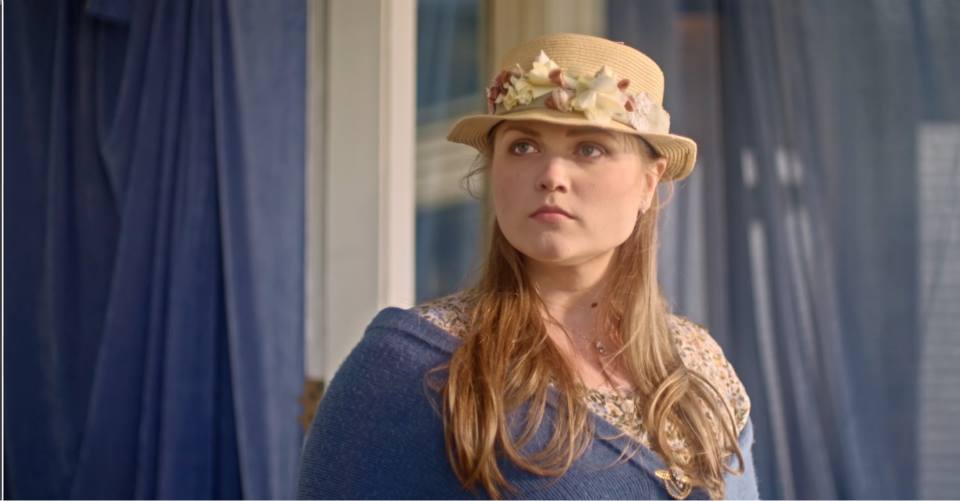 Today we’d like to introduce you to Beccy Quinn.

Thanks for sharing your story with us Beccy. So, let’s start at the beginning, and we can move on from there.
I am a body positive Plus Size Actress and Model. I grew up extremely lucky. My parents and family were and still are very supportive of me, so it never occurred to me that my weight would be a door closer. I found that out when I went away to college to study Film (acting and directing). People who didn’t know me at all would make wild assumptions about me: things like assuming I was stupid because I’m fat, or I never work out, or that I couldn’t helm a film shoot because… I was fat — just the weirdest things.

But what really got me interested in body positivity was hearing stories from my new college friends. After my first winter break, we had a girls night. Normally we would order a pizza, watch a movie, and hang out. But this first gathering back, suddenly most of the girls were on diets and concerned about weight gain. While I had gone home and gotten to tell all my friends and family about what I was learning and how I was loving school, most of my new college girlfriends had to go home and listen to their families ridicule them for gaining a bit of weight, or be lectured about not gaining the “freshmen 15.”

None of them had been asked about what their grades were, how classes were going, none of that. Just make sure you don’t get fat. I was floored. I do my best to encourage other women and let them know that their looks aren’t the sum of who they are and what they’re worth. I take this attitude into every project that I work on whether I’m in front of the camera or behind it.

I was born in Detroit and lived there until I was 10. Then I moved to a suburb outside of the city. All throughout school I was in plays and musicals. My senior year in high school, my Dad had gotten promoted to Sergeant of the Detroit Police Video department. For fun, I asked him to help me make a short film as my final for English class. (It was about King Richard the Lionheart) My class loved it and asked to watch it twice. That was the beginning of my love affair with making films.

My goal had always been to be on stage up until that point, but this new found interest got me looking at other schools. I was lucky enough to land an audition with Juiliard. I had absolutely NO idea what I was doing. They said to show up in comfortable, movable clothing, so I wore some black sweats. Everyone else showed up in business attire and dance shoes. And for some reason, they all had headshots and resumes, and I had no clue what that even was. It was mortifying.

I thought about applying to some film schools in Michigan, but the Academy of Art University in San Francisco won my heart. Mostly because they were overly persistent. I had five wonderful years of learning and working in the Bay Area. I started working as an assistant to a producer, then later as a production coordinator at AT&T, then finally as an associate producer for Stanford’s online video department. It was all educational and paid well, but I felt so unhappy and empty.

One day sitting at Stanford using SF Casting to cast some actors for an educational film, it hit me; I didn’t want to be scrolling through pictures picking talent. I wanted to be the talent submitting! So, I picked up and moved to LA with my very supportive husband. (Again, extremely lucky gal right here.) Modeling came to me in a weird way.

When I was fresh out of college, a bunch of friends and I decided to drive from the Bay Area down to the Salton Sea and shoot a post-apocalyptic type thriller. On the drive down, our two actors canceled. So I created an account on every platform I could, looking for replacement actors for the next day. I found Model Mayhem and created an account on there, and put up a picture of myself so I didn’t seem like some creep asking actors to drive out to an abandoned town in the desert.

A few weeks later the owner of Feminine Funk (a t-shirt brand for plus size ladies) messaged me and asked me to come model for her. I loved it so much, I decided to add that to my list of career paths.

Since being in LA though, I have focused more on my acting. And making my own short videos and films. I’m not where I want to be yet, but I am fortunate to have the opportunity to keep working towards my goals both as an actor and a model. I still get plenty of people telling me I’m too fat to perform certain roles, but I just have to shrug it off. I know I’m good at what I do, and my weight doesn’t change that.

We’re always bombarded by how great it is to pursue your passion, etc. – but we’ve spoken with enough people to know that it’s not always easy. Overall, would you say things have been easy for you?
It hasn’t been all roses and sunshine. I have had days where my self-doubt was crippling. I have missed out on some projects simply because I was too afraid to go for it. But my biggest struggle is keeping my confidence 24/7. Some days it just isn’t there.

We’d love to hear more about what you do.
So I act and model. I am my own company, which is a weird thing to be! But I’m best known for being funny in my acting, and being real in my modeling.

I’m proud that I have so many different skills. I know my way around an entire set (both film and photo shoot).

What sets me apart from others is my ability to shake off bad experiences and vibes. I get down sometimes, and sometimes bad thing happen in my career, but I’m not a dweller. I’m quick to bounce back.

What were you like growing up?
I was and still am just weird. As a kid, I was always super awkward and introverted. Now I’m loud and fun, but still super awkward. I was always the type to get hyper-focused on something and completely miss something else going on around me. But at my core, I still believe I’ve always been a good person — just a little goofy. 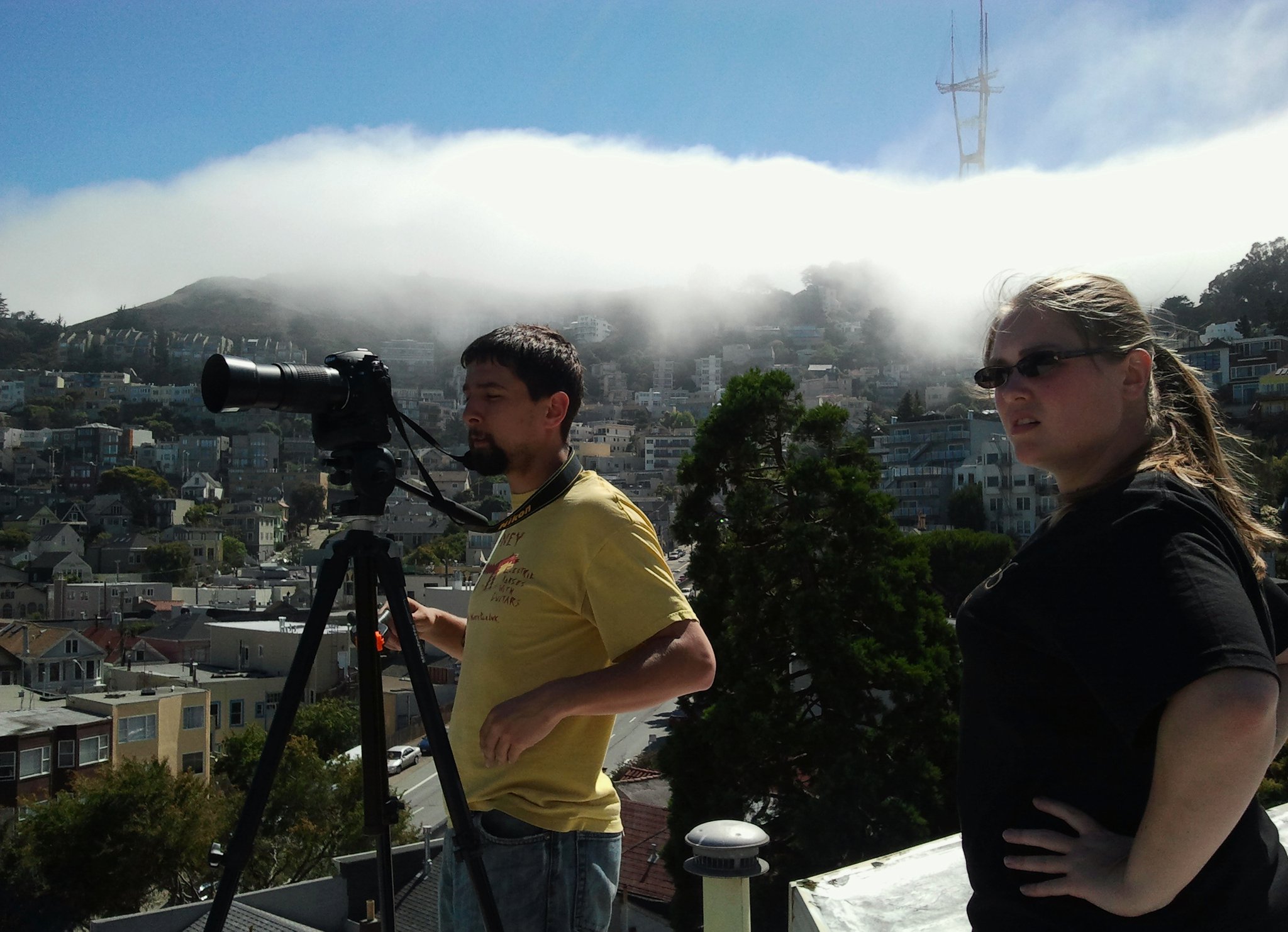 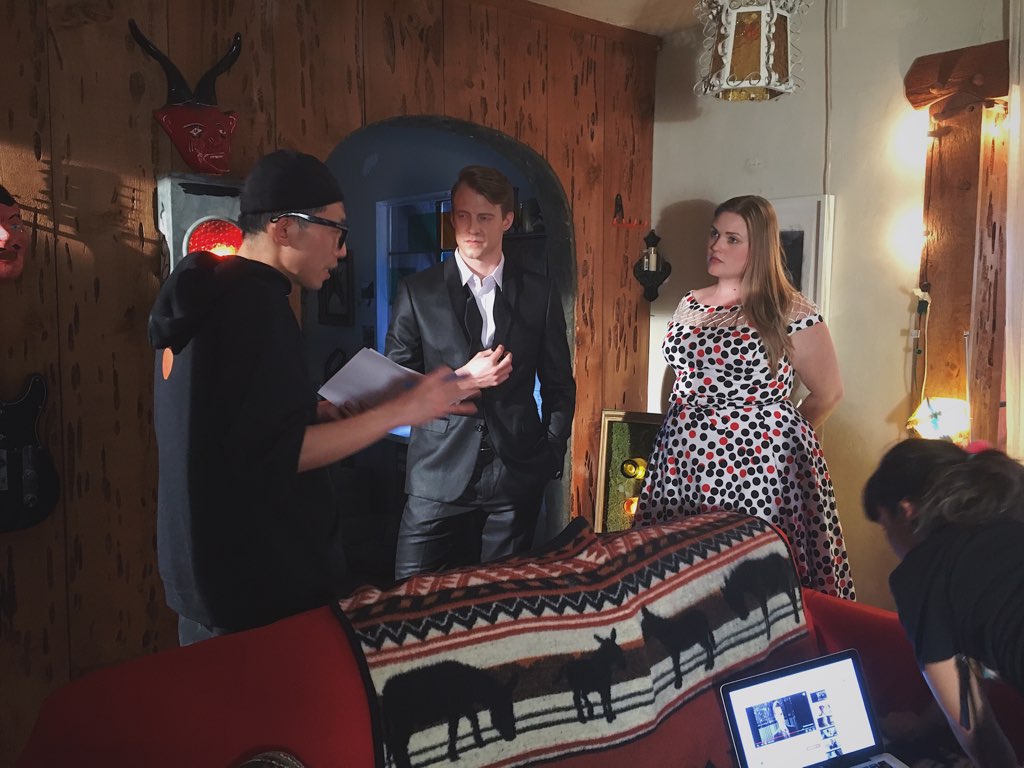 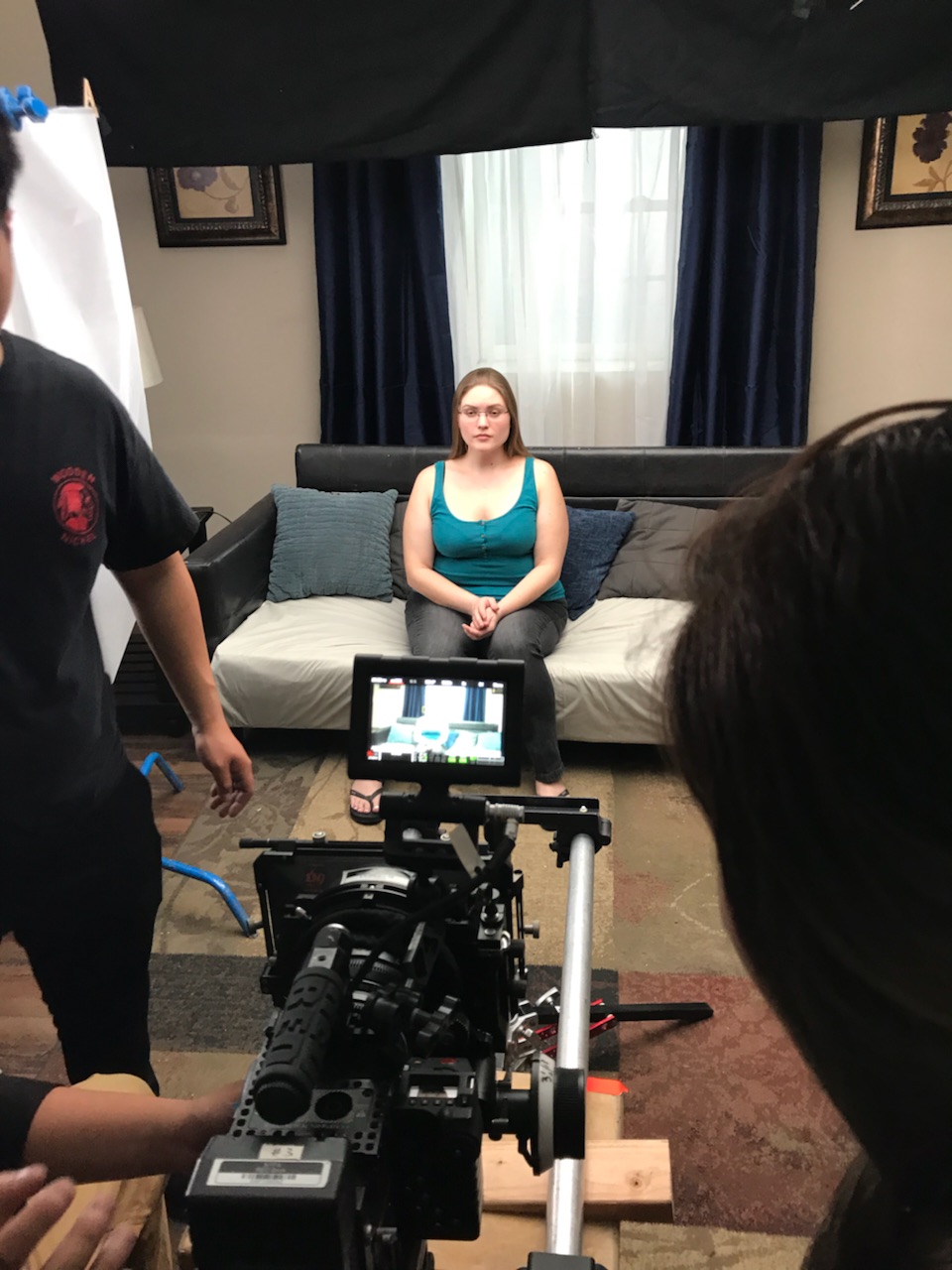 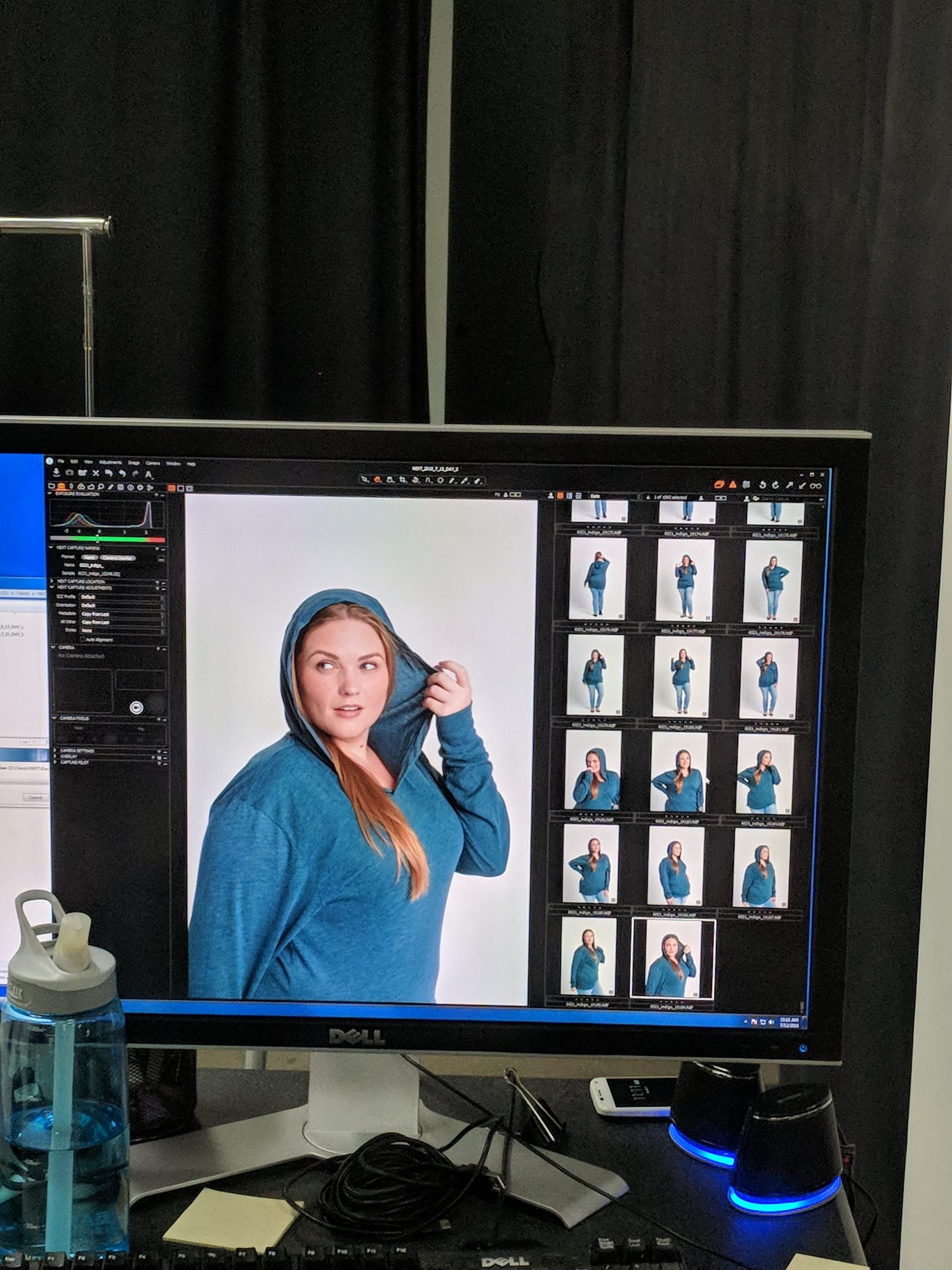 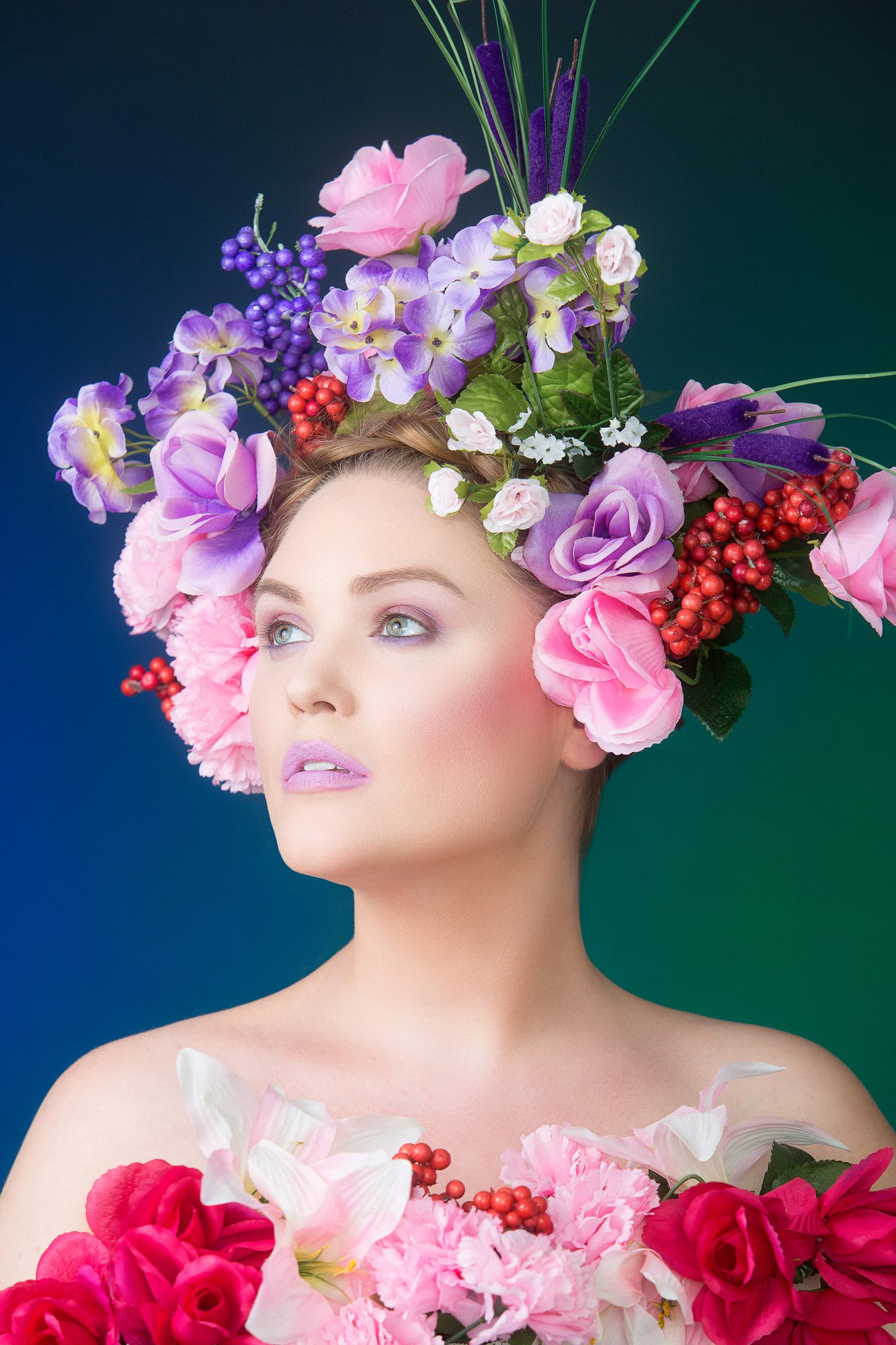 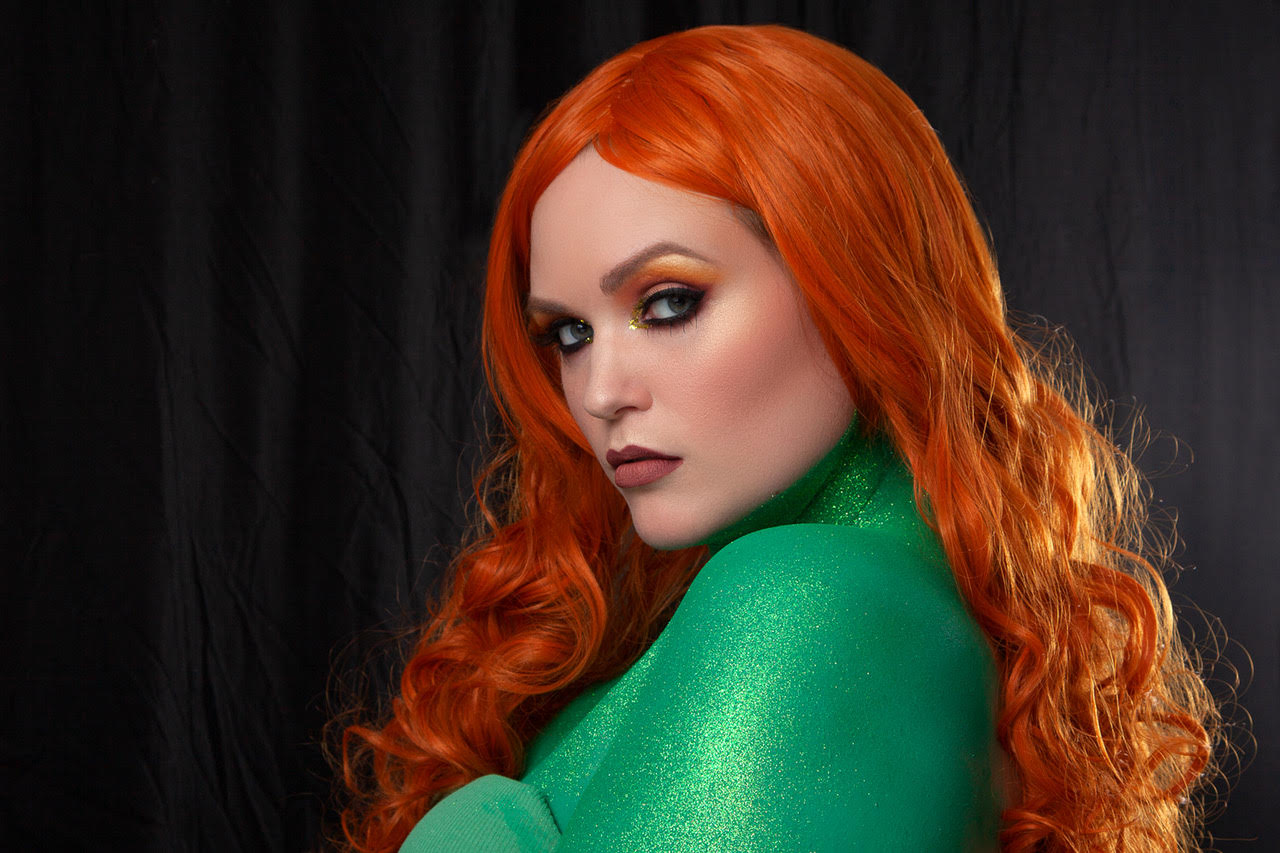