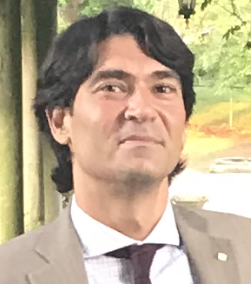 Today we’d like to introduce you to Bavand Karim.

So, before we jump into specific questions, why don’t you give us some details about you and your story.
My career began as a journalist, first in San Diego, and later covering sports for the Dallas Morning News. My first films were documentaries, then I expanded to television, and later I started creating branded content. To date, I’ve created six original TV programs, nine documentary films, four narrative features, one virtual reality feature, and six advertising campaigns. My team’s films have screened at Cannes and Sundance, appeared on Netflix and Amazon, and qualified for the Academy Awards. Some of our higher profile clients include Showtime, Starz, WGBH, Powerade, Duralast/Autozone, and the SEC Network. In 2019, I founded Cine, a consultancy focused on financing, developing, and producing large-budget narrative features.

Has it been a smooth road?
A wise perspective for success in the entertainment industry is to embrace the journey. Like Sisyphus, eternally pushing the stone uphill, struggle is part of what creates purpose and meaning.

So, as you know, we’re impressed with CINE International Companies – tell our readers more, for example what you’re most proud of and what sets you apart from others.
CINE is a global network of executives and creatives who specialize in the financing, development, and production of films and TV series. We operate as a think tank – a hybrid consultancy, agency, and production company – with offices in Los Angeles, New York, Boston, London, Barcelona, Dubai, and Tehran. We are dedicated to promoting diversity in Hollywood by empowering under-represented perspectives in visual arts and storytelling.

Let’s touch on your thoughts about our city – what do you like the most and least?
Los Angeles is unique because it is full of hope. People come to LA to pursue their dreams, and the city radiates positive energy. There’s really no other place like it in the world.