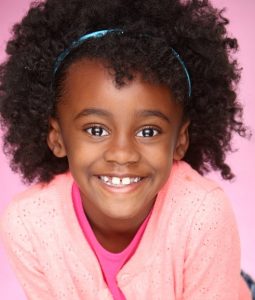 Today we’d like to introduce you to Bailey Rae Fenderson.

Bailey Rae is a nine-year-old spunky actress that loves food,cooking,family, tap dancing, tennis, and more.  At the early age of four years old, she began to give her clever opinion about food. She showed great interest in cooking and talking. By the age of five years old, she was giving her foodie reviews to restaurant owners all over Los Angeles, California. Bailey Rae was inspired by Food Network, Guy Fieri’s popular show, Dive Dine Drive. Frankly, she thinks she is Guy, in a kid version with two strands twists, instead of spikey cool blonde hair.  Bailey Rae has created her own unique catchphrases like Guy. She loves to say “Avocados are my Jam!” Basically, Bailey calls everything she loves is her jam!”

The Bailey Rae Show was created by her mom, Karen Fenderson.  Bailey’s parents noticed their daughter’s gift and began to film her on their Samsung phones. Presently, Bailey Rae has a  professional production company, VB2FILMWORKS. The show has the Fendersons and Fluellens as executive producers of the B & B Cooking series on the Bailey Rae Show.

Three years ago, Bailey Rae and Chef Bryce Fluellen began their dynamic duo. Since that time, they have been featured on Disney Junior in a commercial and interstitial with Doc McStuffins, Flavor of the World.  They are teaching healthy eating to children in local communities. The Bailey Rae Show first season of the B & B Cooking series is set to be on Amazon Prime in 2020 directed by Victor Bibbins Jr.

In addition, Bailey Rae is a recurring actress on the popular  HBO True Detective, Season three with awarding winning, Mahershala Ali as her grandfather and Justice League, Ray Fisher as her father.

Hence, she is in a film that focuses on breast cancer awareness, Her Only Choice, written and directed by Christel Gibson.  Bailey Rae plays the younger role of the lead, Denise Butte. Thus far,the film has aired on three networks; Netflix, Bether, and BET and was nominated for a Satellite Awards.  Bailey Rae is apart of the cast of a new pilot for ABC network, Best Bites Ever created by Fernando J. Hernandez.

Bailey Rae is a voice actress in the highly anticipated first animated Netflix, film, Klaus with Despicable Me, Sergio Pablo as Director.  The film has well known talented veteran actors, Joan Cusack, Rashida Jones, J.K. Simmons, and Jason Schwartzman. Klaus will be in theatres in November and is already receiving Oscar nods. In addition, this young rising star, Bailey Rae has a few national commercials airing this fall.

Overall, has it been relatively smooth? If not, what were some of the struggles along the way?
No, it has not always been smooth. We know it is a marathon not a sprint.   In the beginning, some people thought that she was too young to be so savvy about making wheatgrass shots and knowing all about healthy food choices. But, Bailey Rae has authentically proven she knows her stuff! Also, it has not been easy funding filming and we are seeking partnerships for distribution. But, we will continue to film and expect doors to continue to open for her.

Please tell us more about your work, what you are currently focused on and most proud of.
We are most proud that Bailey Rae is living her best life and having fun sharing with the world her passion for healthy living and playing characters that allow her to use her imagination to the fullest.  Also, we have worked diligently to create content and a brand for Bailey Rae that will be her legacy for generations. On her tv show, The Bailey Rae Show, Bailey Rae, and Chef Bryce Fluellen prepare fun healthy meals that bring families together in the kitchen. The show entertains and informs families of ways to make meals and snacks that are kid-approved.

Bailey Rae has several people in her family with Diabetes. Therefore, it has inspired her to advocate on behalf of children to choose healthy eating and fitness.  We are grateful to see Bailey Rae pursuing her dream to encourage children to try healthy food in a fun creative way. Although Bailey Rae has a sophisticated palette, she understands that most children are not willing to try new foods.  She wants to inspire kids to explore food and naturally make healthy choices. Bailey Rae wants children to know that healthy food is really tasty. At am early age she told her parents I want to eat what you are eating. “I want big people food!” Consequently, she wants adults to know that kids want to try fancy food too!

Its an honor to witness Bailey Rae being an ambassador for children to choose a healthy lifestyle.  We are grateful that big brands recognize her endeavors are supportive.

What sets Bailey Rae apart is that she is one of a kind and she shares her love for cooking with a highly trained professional, Chef Bryce.  He has taught Bailey fun ways to cook and she loves it. In 2020, Bailey Rae will have her first book and merchandise.. In addition, she and Chef Bryce will have cooking classes that children can sign up throughout Los Angeles and across the country in 2020.

What is “success” or “successful” for you?
Bailey Rae is only nine years and she defines her success by the smiles on people’s faces while enjoying her food and episodes. She believes she has reached success when people go try what she and Chef Bryce prepared on the show. Bailey believes success is when more children are standing with her on choosing a healthy lifestyle.   Overall, she loves to make people laugh, so if you are laughing and enjoying her healthy foodie fun ideas that’s Success!

Bailey Rae Fenderson may be only nine years old, but she is a rising star that is passionate about the well being of mankind. She is making a difference in Hollywood, Los Angeles communities and globally. You may contact Bailey Rae at thebaileyraeshow@gmail.com or her talent agency, Clear Talent Group. 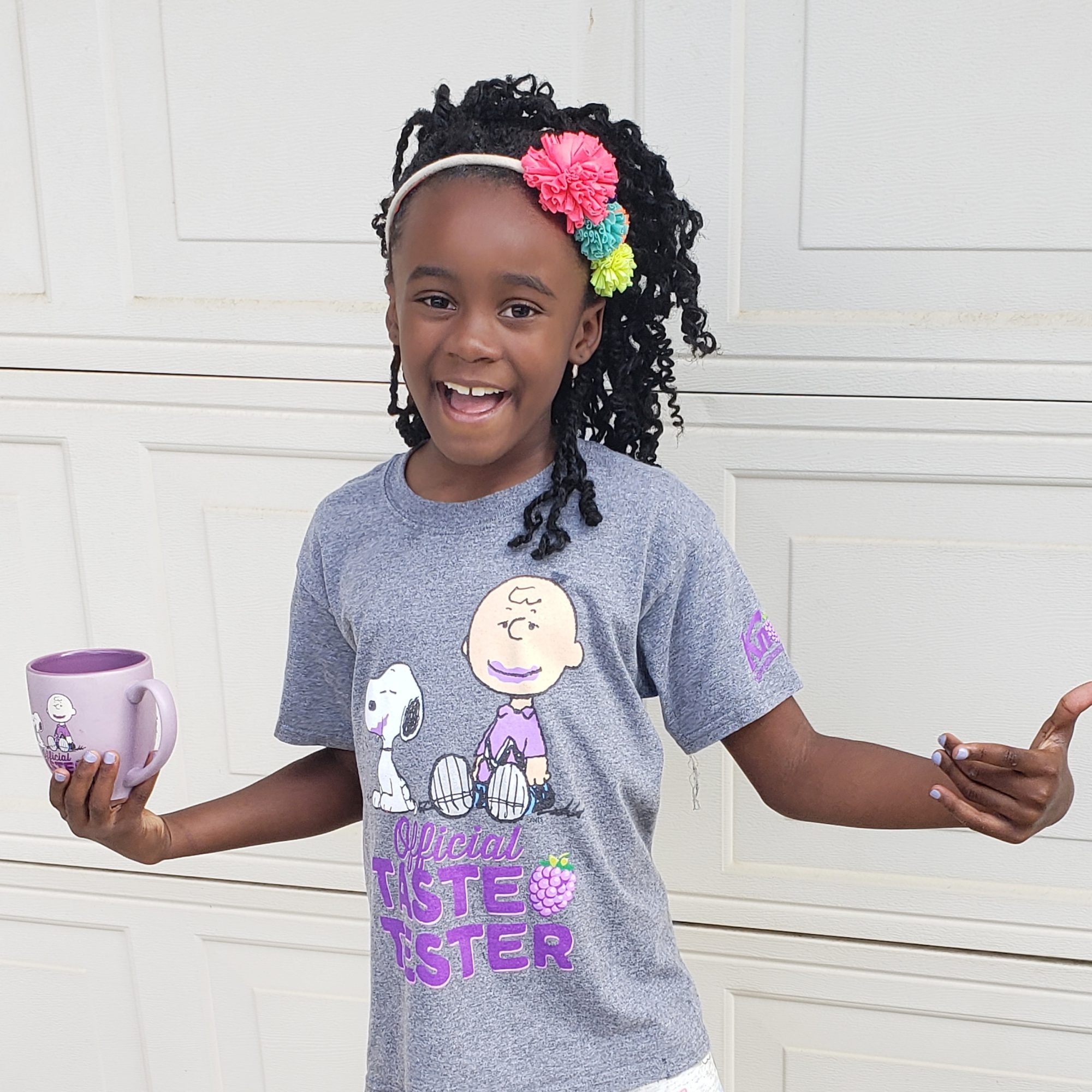 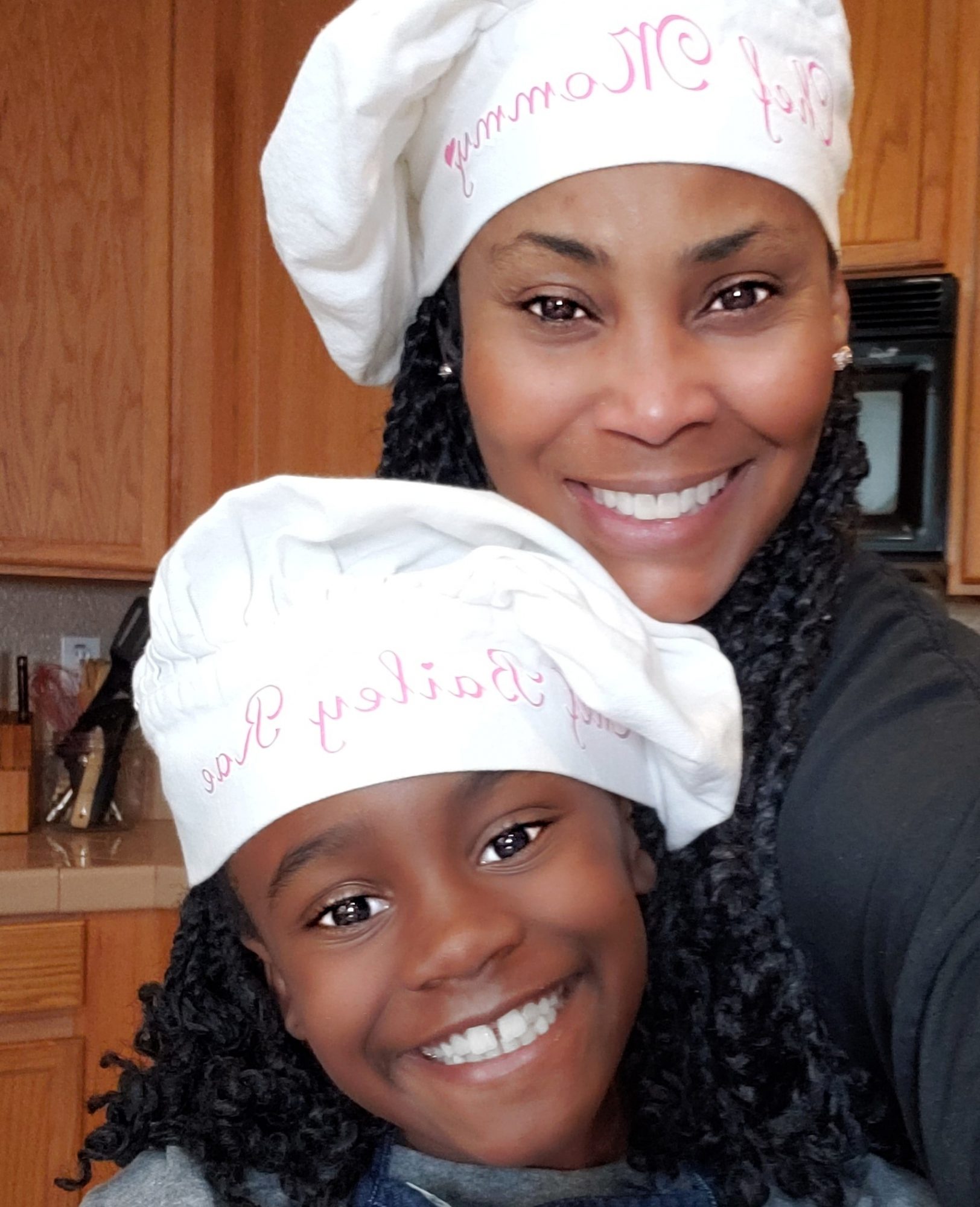 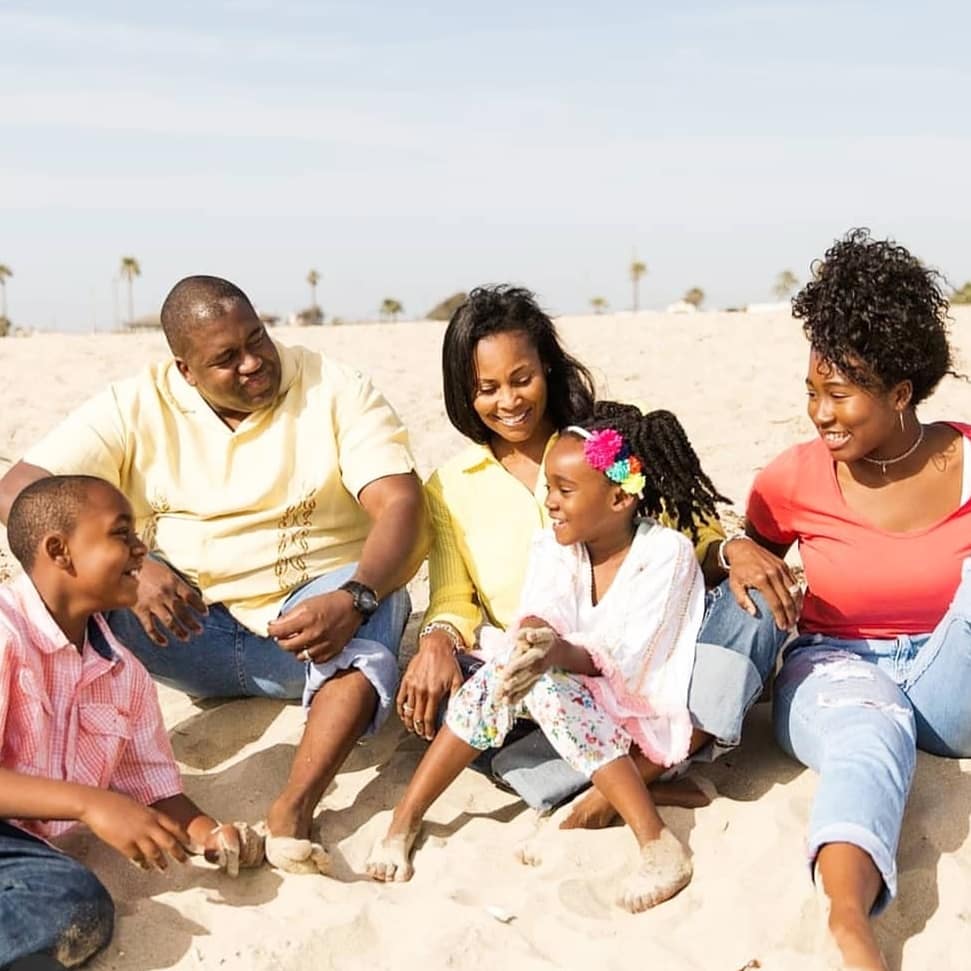 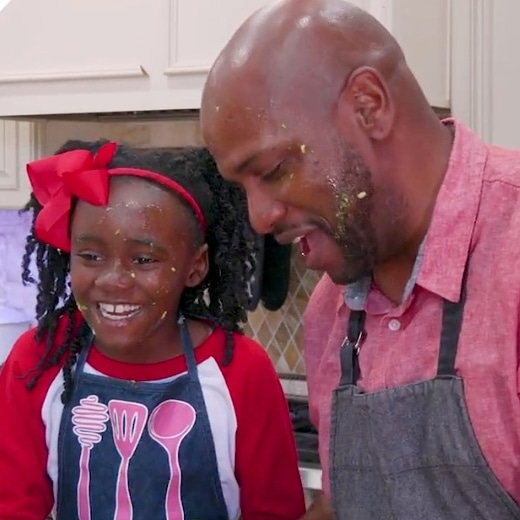 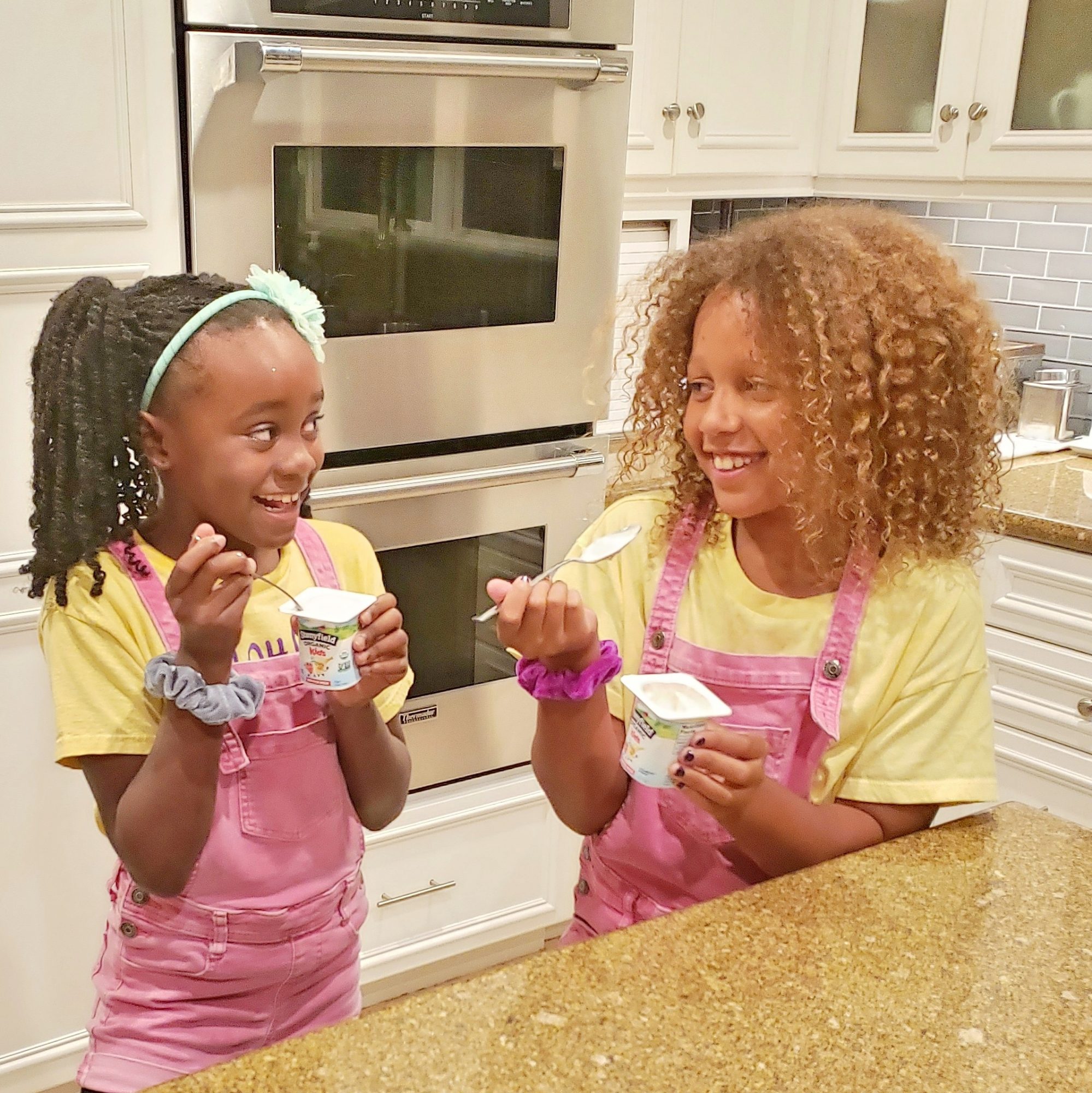 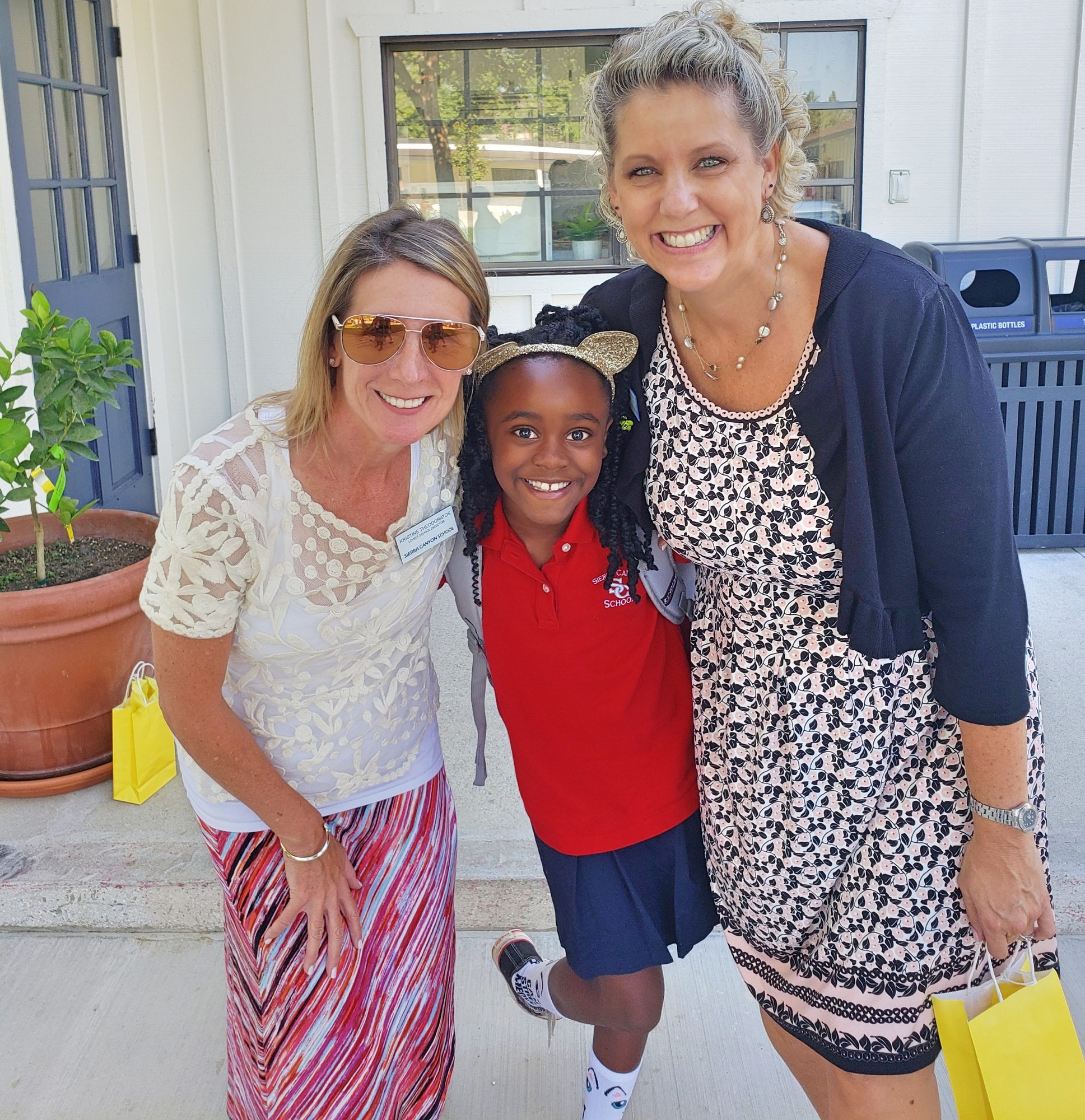 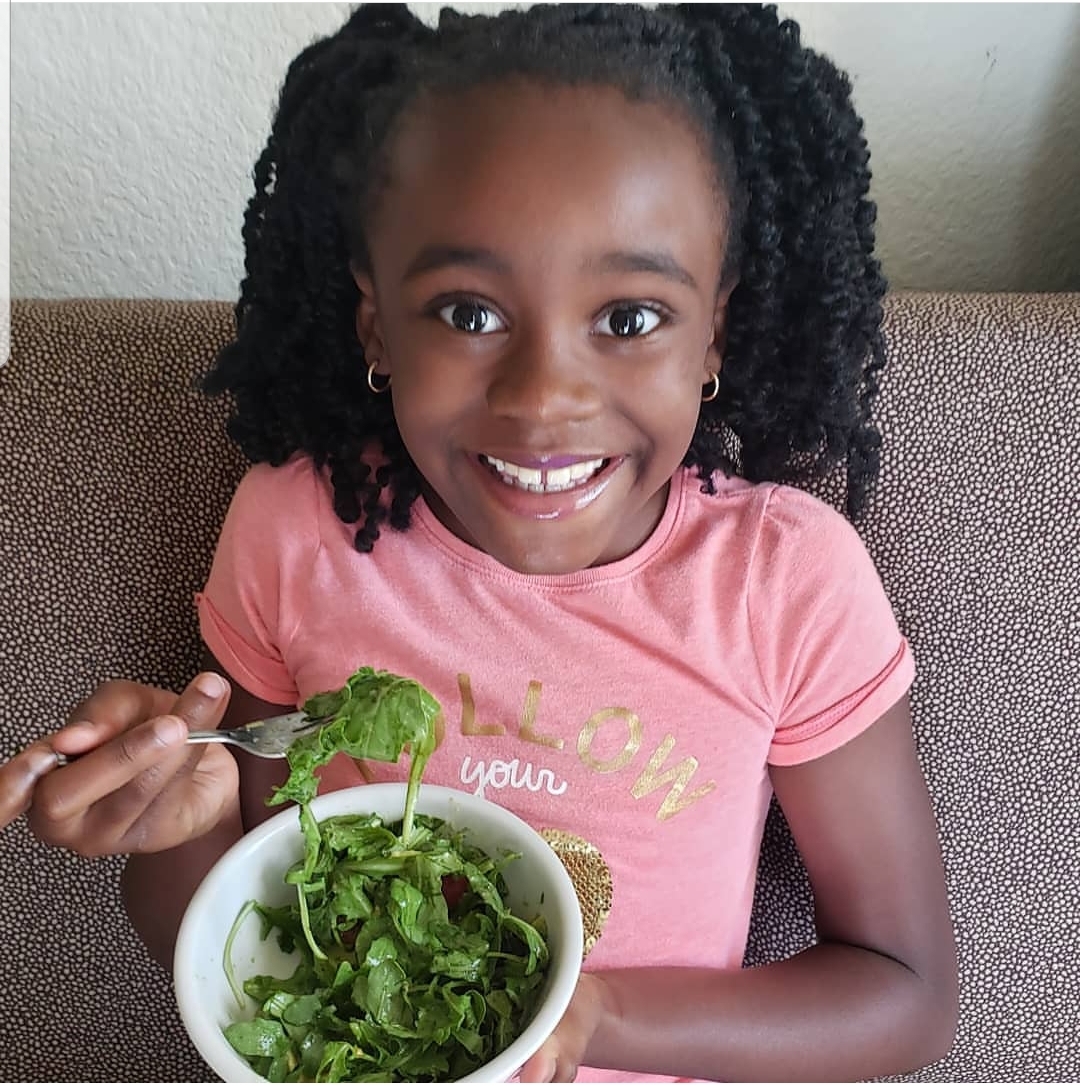