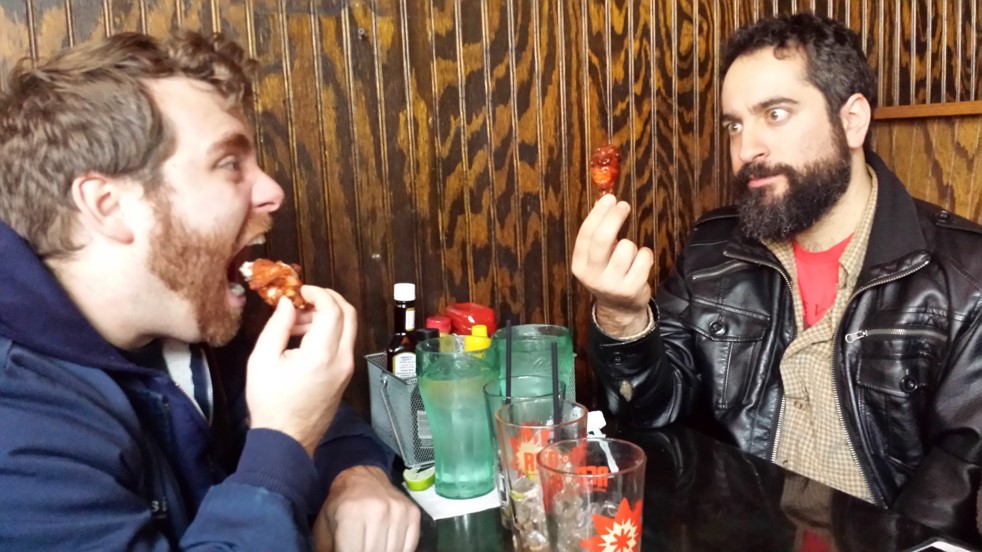 Today we’d like to introduce you to Steve Albertson and Steve LaBate.

Thanks for sharing your story with us Steve and Steve. So, let’s start at the beginning and we can move on from there.
Steve LaBate: Well, it was a long and sordid road to make it to this point. In the early days, it was a lot of starving ourselves, maxing out our credit cards, working in shitty warehouse spaces filled with rabid squirrels and poisonous spiders, and once even being indirectly shot at while the police were trading fire with some nut across the street from our office. Through our open door, we could see the stray bullets rustling the leaves of the trees out front.

But let’s back it up a bit. Before all this, I was an editor at Paste for seven years during the magazine’s print era. Though I was eventually laid off during the recession of 2010, my years as a music writer and editor—which had me constantly on the receiving end of pitches from top publicists—was the best training I could’ve had for what was to come.

Steve Albertson: Me, I’ve graduated from my high-school days of weed, hardcore punk and Dungeons & Dragons 2E to caviar, fine scotch, ’70s punk and Dungeons & Dragons 5E. In between, I got a film degree, played in bands like Dr. Killbot, SEX BBQ, illiterates, Epic Levels and SP’s. I lived in Chicago, Atlanta, Rio de Janeiro and now L.A. I’ve been a radio and podcast host [check out Albertson’s Total Movie Recall]. I also wrote Image Comics’ Ghost Spy miniseries, and have worked on dozens of films, including guerrilla-marketing videos for Dr. Pepper and Late Night with Jimmy Fallon, plus a bunch of my own short films, documentaries and music videos.

Steve LaBate: After my time working at Paste ended, I hit the road for 40 days and 40 nights across America to shoot a lo-fi/high-pressure rock doc that hasn’t come out just yet, though I do have high hopes for a 10th-anniversary release in 2020. Anyway, when I got home from this strange odyssey, I was high on the road and living a transient life, like I was Huck Finn on some river raft, for a while.

Plus, I was burned out from working a desk job on deadline all those years and needed a break. So I started working at a local coffee shop in Atlanta, and was also freelance writing and playing in a bunch of bands on the side. That’s where I met this here gentleman—my future Baby Robot business associate and hetero life partner Steve Albertson He was actually my boss at the coffee shop.

Steve Albertson: Through our love of music and documentary, we became friends instantly—the two Steves. I mean, I eventually fired him for oversleeping a morning shift, but before that, we started two of the bands I mentioned earlier, Sex BBQ and illiterates. And to this day, we play together in illiterates and SP’s.

By the time the coffee-shop gig had ended for both of us, I’d saved a bunch of money, and moved to Brazil with my then fiance who’s a really talented flute player. We explored Rio and Salvador, playing with the musicians there and making lots of friends. But eventually, we decided that life in Brazil wasn’t for us.

Steve LaBate: When Albertson got back to the States in 2013, we joined forces and started Baby Robot Media with the goal of helping independent bands we love to reach a wider audience.

Steve Albertson: With LaBate’s time as a magazine editor, music publicity was our main focus, but we also used my background in marketing and content creation to make stuff our artists might need, like a website, a music video or short doc. And then we’d turn around and push it to press for them. A one-stop shop, really. Our plan has always been to grow into a broader media company.

Steve LaBate: Now, five years since we launched, our staff is seven strong, with publicists in L.A., New York, Atlanta and Memphis, and at any given time, we’re working with 20 artists across the globe in a variety of genres, though mainly indie rock, psych, punk, Americana and hip-hop. And we’ve also been considering making the jump into music licensing & publishing later this year, as well as brokering brand partnership for bands. Gotta get these folks paid!

We’re always bombarded by how great it is to pursue your passion, etc – but we’ve spoken with enough people to know that it’s not always easy. Overall, would you say things have been easy for you?
Albertson: The work itself wasn’t much of a struggle—we both had a lot of experience and pretty baller writing skills. But it took us a while to figure out the business side so we could pay our rent.

LaBate: Yeah, running a start-up is tough at first, just figuring things out—what to charge, how to translate success for your clients into making a decent living. The first three years or so, we were living lean as hell, going through this crash-course in entrepreneurship and establishing our name. Things really turned a corner a couple years ago when we started dividing up the work, having specific staff dedicated almost full-time to finding great new artists to work with, while others handled the PR campaigns we set up.

Albertson: The biggest struggle has always been reconciling the strong wills and personalities of us two Steves, who don’t always see eye to eye. We’re great friends and believe in each other’s talents, but we can clash like dysfunctional spouses in their twilight years. Part of it is due to the sheer amount of time we spend together—outside of Baby Robot, we have our bands, go to see shows together. We’re like two peas in a pod, but one of us is a pod person and probably needs to die. Which one is it?!

LaBate: When things get heated, it’s a juggling act, for sure—hurled bottles, broken glass, trading masterful insults and barbs—though never blows, at least not yet. Lately, we’ve realized that if we go to the gym after work and Albertson kicks my ass at basketball, we get a lot of aggression out in a healthy way and get along much better.

So, as you know, we’re impressed with Baby Robot Media – tell our readers more, for example what you’re most proud of as a company and what sets you apart from others.
Albertson: Baby Robot Media is a music publicity firm and media company. We take great music you might not have heard yet—and occasionally old favorites you love—and spread the word far and wide across the Internet, print, radio, TV, podcasts and streaming services. We excel at crafting a compelling story to go with a band’s music and getting that story out to as many people as possible with the goal of building their resume and opening doors for them. It’s always cool when bands we work with get picked up by bigger labels or score a booking agent, or just graduate up to that higher level in their career in part because of the work we did with them.

LaBate: I think, at this point, we’re known for being a passionate, hard-working, genuine bunch of people who will go above and beyond to do the best job we can for the artists we work with. Not naming names, but we hear a lot of horror stories about artists getting burned by other firms who coast by doing the bare minimum, resting on the reputation of their more established artists to woo starstruck young bands into forking over a ton of cash in exchange for virtually nothing. We try to be the antidote to that kind of bullshit.

Albertson: Also, a lot of our staff have played in touring bands and understands what it’s like to be a struggling musician. It makes us empathetic, knowledgeable and ready to go to the mat for our artists. We can easily put ourselves in their shoes because, really, we’re a lot like them.

What has been the proudest moment of your career so far?
Albertson: Highlights for me recently are things like getting completely independent artists like Becky Warren and Karen and the Sorrows featured at NPR’s All Things Considered and the print edition of Rolling Stone.

LaBate: For me, a lot of firsts in the early days come to mind: The first pitch I ever sent as a publicist landing rapper Greg Porn in Vice, jumping up and down in my living room after getting my bands in Rolling Stone, NPR or USA Today for the first time. The amazing, in-depth 3,000-plus word feature Holly Gleason wrote for Bitter Southerner on the comeback of our buddy, singer/songwriter Nathan Bell. Aaron Lee Tasjan getting signed to New West after we worked his previous record, and the label telling us all of his great press weighed in their decision.

Albertson: These kinds of victories feel good, but ultimately, the thing I’m most proud of is being able to build a business from nothing with one of my best friends and grow it from two guys working out of coffee shops and not being able to afford rent to a thriving business with staff across the country.

LaBate: Yeah, creating jobs for a bunch of people we love, and finally making a grownup damn living after all those years being poor bastards.

Albertson: We’re helping artists we love to get a step closer to their dreams, and we’re having a great time doing it! Our company’s adopted motto is this mantra we borrowed from the late great Sun Studio engineer Cowboy Jack Clement, who LaBate met while shooting his 40 Nights of Rock & Roll doc—“We’re in the fun business. If we’re not having fun, we’re not doing our jobs.” 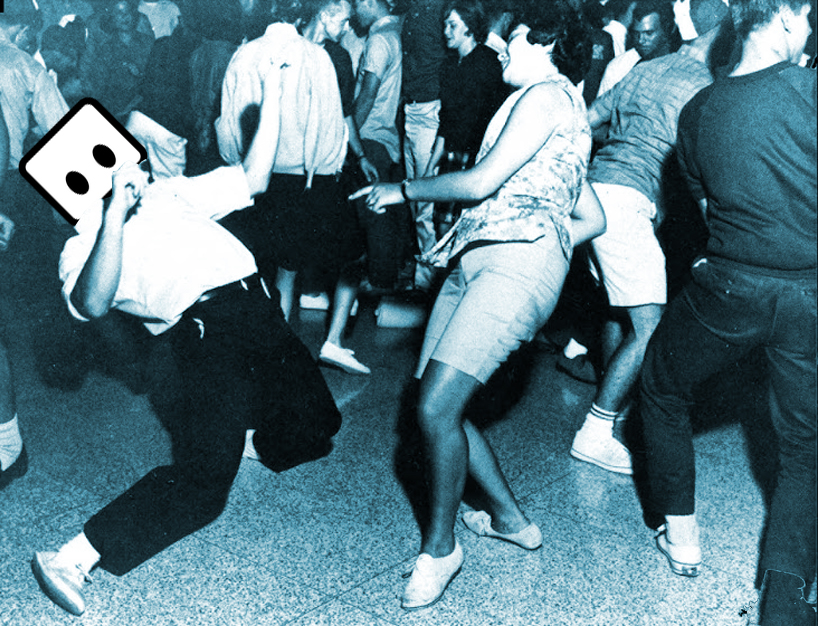 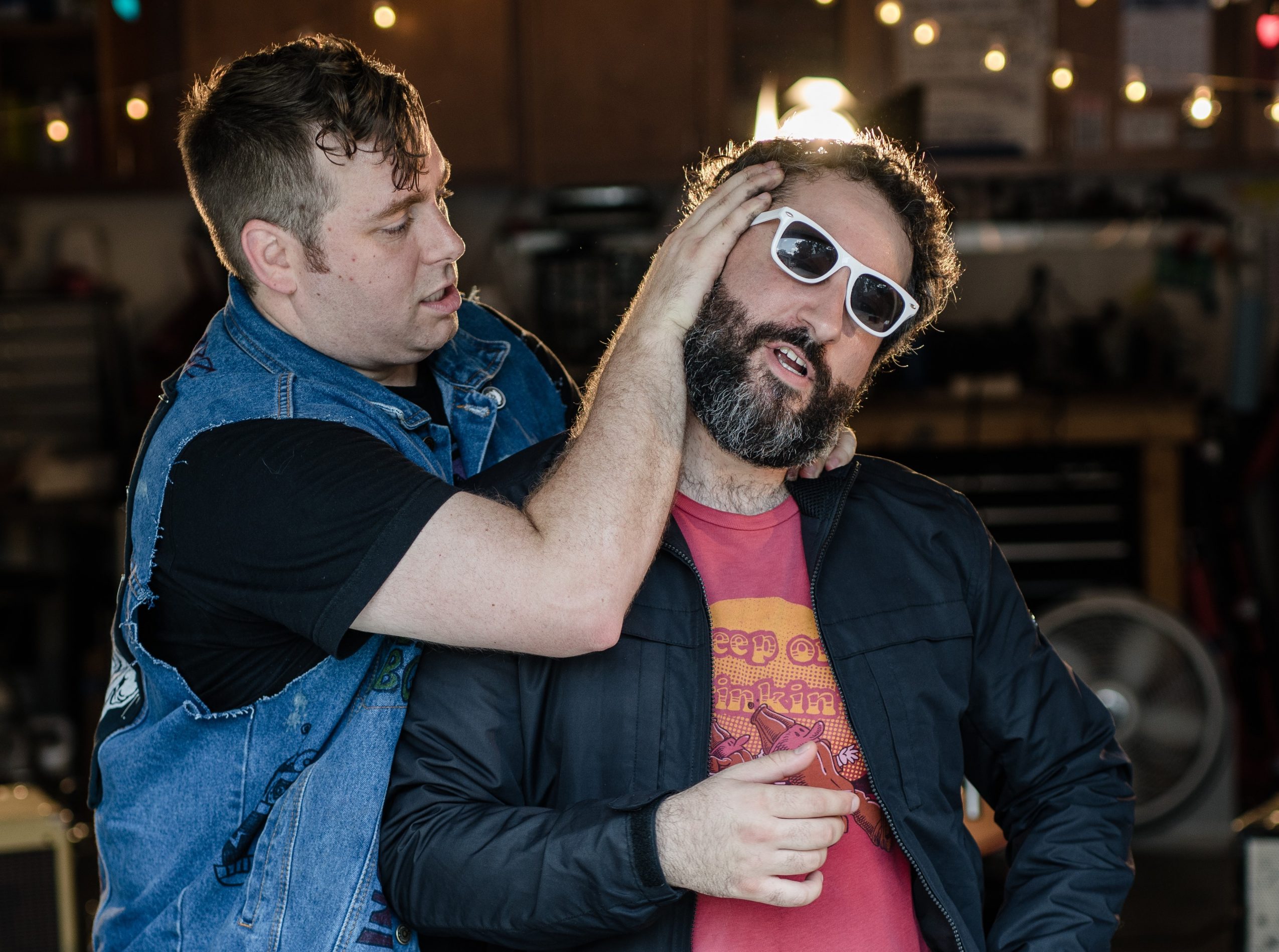 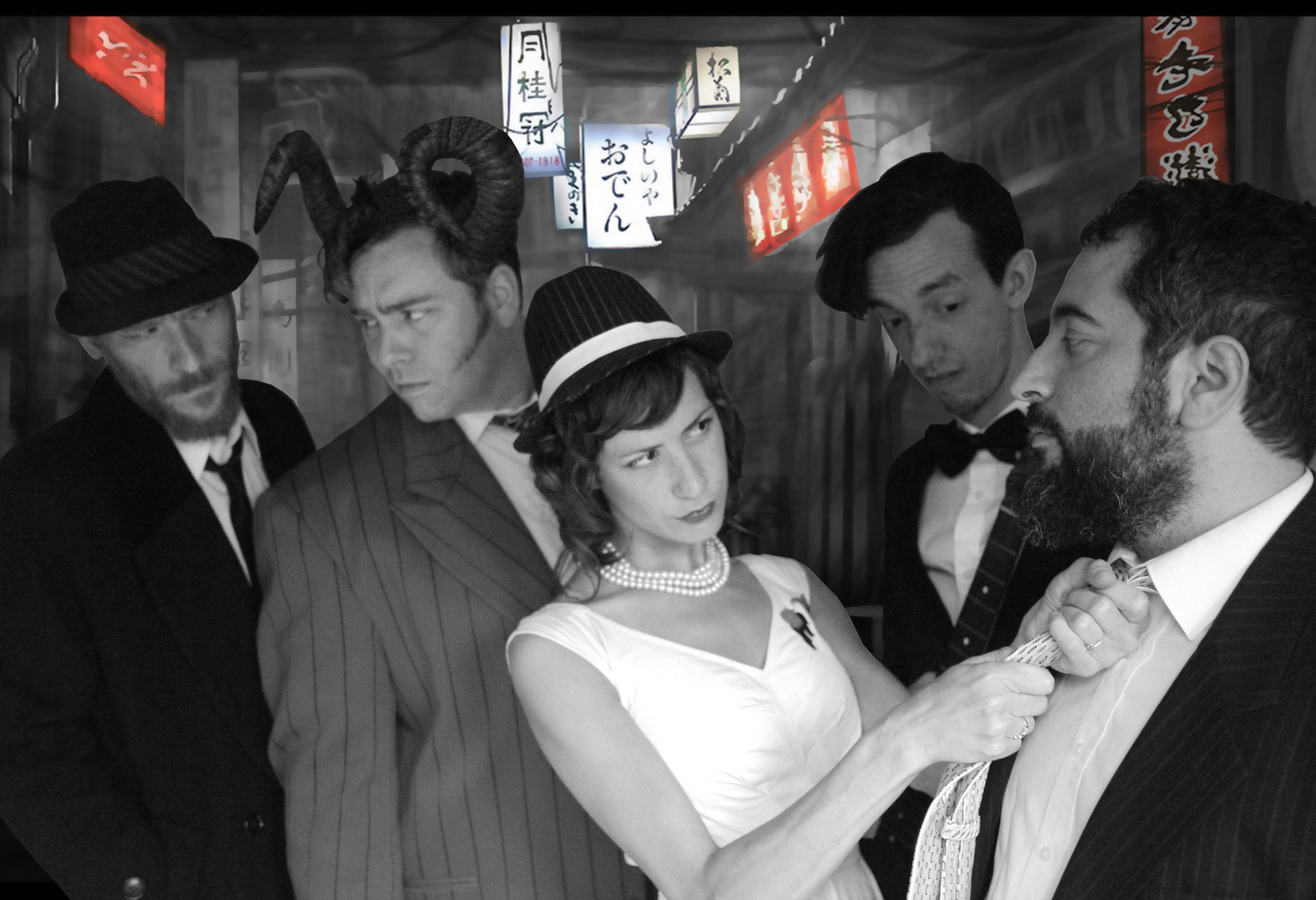 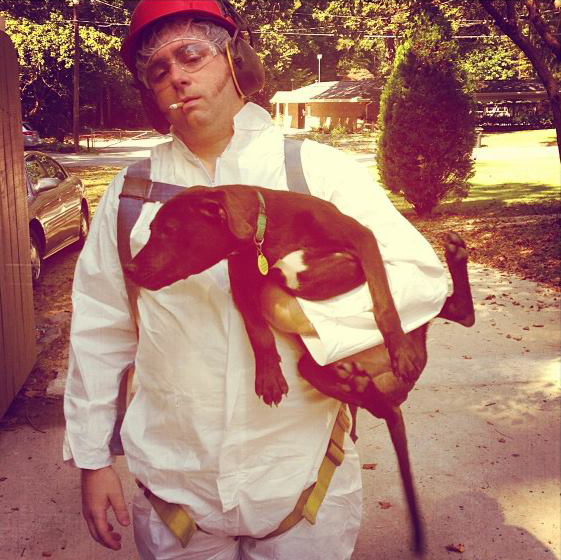 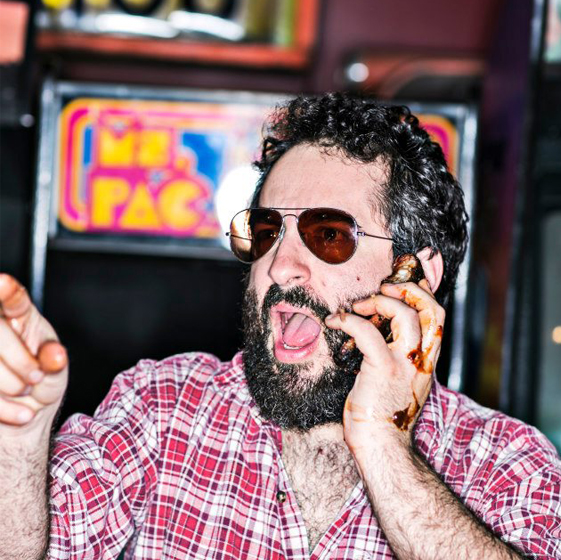