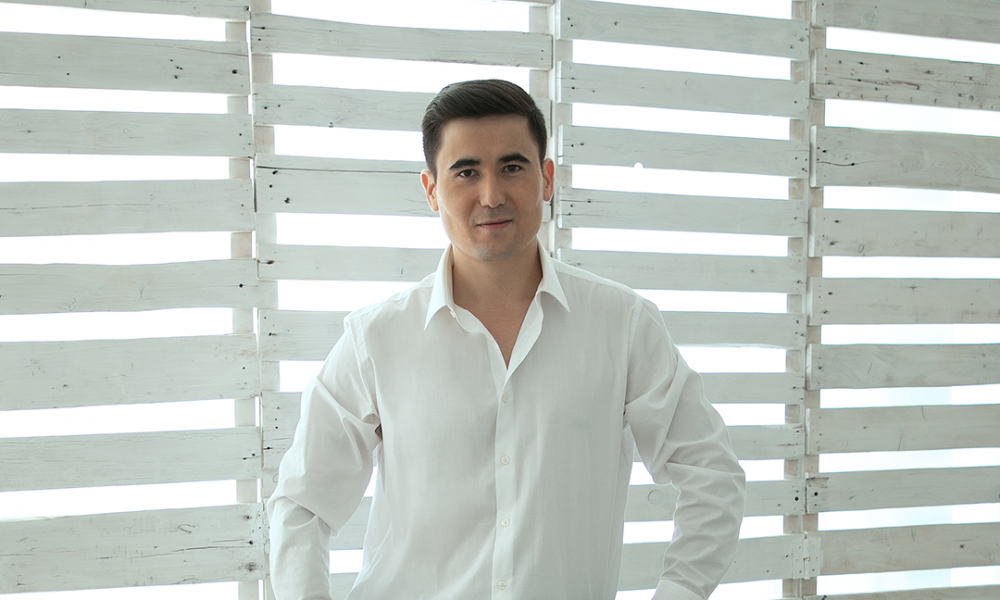 Today we’d like to introduce you to Aziz Dosmetov.

Thanks for sharing your story with us Aziz. So, let’s start at the beginning and we can move on from there.
Came to the States with my family back in 2008. Started learning English immediately during day times and worked as a housekeeper / houseman during night times for living and to further practice my English. After a year and half, I passed TOEFL (Test Of English As a Foreign Language) so I could eventually go to college. I saved up money from working at nights and bought a car which I drove down to Florida to go to Full Sail University.

There, I learned a lot of everything in a hard way while in Digital Art & Design program. Most of it was because of language barrier. Sometimes, I had to take some of the classes twice to fully comprehend the subject. Also, I would stay up all night practicing what I learned and figuring out ways to apply them to my school assignments. Nevertheless, I caught up with my classmates in few months and in the end, received Advanced Achievement Award as well as Perfect Attendance Award during graduation.

Received a lot of recognition for my school projects and was able to get freelance jobs with a help of Carol and Paula during and after college. Also, was a member of Full Sail Student Production Agency called “Spark” thanks to Jackie where I was able to collaborate with other students from different programs. We contributed to few non-profit organizations to gain full production experience.

All my efforts and sleepless nights in school helped me to land my first internship in Los Angeles. Since then, I had been freelancing at almost all design and vfx studios continually. Having the opportunity to work for brands like Apple, Google, Intel, Kia, Nike, Sony, Samsung, Hyundai, GMC & Microsoft. As well as Film Titles such as Alladin, Ninjago, Dumbo, How To Train Your Dragon 3, Aquaman, The Maze Runner 2 and Opening credits for shows like American Horror Story, Knightfall, Almost Human, Agents Of Shield, The Loudest Voice and His Dark Materials.

I collaborated with so many talented artists who deserve more credit than I do and they had larger inputs on those projects. I was just lucky to be part of the team and having the opportunity to contribute as much as I could. I will only contunue to work harder and learn from my gurus whom many I can call my friends today.

Overall, has it been relatively smooth? If not, what were some of the struggles along the way?
It definitely had its challenges but not when it came to work itself. I always did the work I was hired to do. Also, having different skill sets and being flexible doing different things made me more valueable and reliable to clients as I never had to treat it as 10am till 7pm job. Have you heard an expression “Find a job you enjoy doing, and you will never have to work a day in your life”? That was my, shall we say, «secret» and I’m happy to be one of the people who love their job in the first place. And clients always appreciated that, and the fact that I give one of the best hard sounding high fives in the industry, after which your palms often turn beet red!

The only really job I had to do was to break the cultural barrier and become more proactive in determination towards my goals. Years of experience in the field and self-education in business as well as improving other areas of my personal life helped me overcome those obstacles.

Also, there was Student Loans which I finally paid off! I remember going to the beach that day and staring at the sunset while thinking, life is so gorgeous without Student Loans. Now, I feel this way everytime I deposit checks. Seriously though, all jokes aside, that was a huge relief as my family didn’t have any savings nor credit history when we came to the States. So, as far as financially, the pressure was always there and inconsistencies in getting jobs in the beginning had been tough.

We’d love to hear more about your work.
Shortly after graduating college, I started freelancing and taking on bigger clients by working on random commercials and sports packages . Lately though, it’s been more of TV Shows & Film Titles which require tremendous attention to detail and all the skill sets you can bring to the table.

Also, to answer the question about how you separate yourself apart from other really talented artists. It’s not impossible. As far as I’m concerned, it’s work ethic, reliability + more work. You may not be as talented but you can always put in extra time on your projects which definitely shows in the end.

Besides, I’m used to heavy workloads, especially coming from a farmer family that spent 17 hours in the field planting fruits and vegetables and picking them one by one until they called it a day. We didn’t have weekends anyway or any other jobs around really, besides becoming a shepherd which I did for some time. Fast forward it a few years, I was in one of the top design colleges in the US and a few years later, working for top design studios in Los Angeles.

Therefore, nothing is taken for granted. Rather often, I wake up with some moment of gratitude for given opportunities that led me to where I am today. As well as choosing to learn the hard things first, slowly but surely, knowing that it would be more valuable in the long run.

Any shoutouts? Who else deserves credit in this story – who has played a meaningful role?
My family deserves the first credit, they supported me while I was in school. Especially, my brother who gave up his opportunity to go to college until I graduated and had a stable job. Also, my school teachers who played big roles in my education and I have to name them: Grace, Hugo, Mac, Amy, Andrea, Greg, Jason, Adam, John, Jack, Abby, Charles, Jeff, Tom B, Jae, Triesta, Ricky, James, Mitch, Jensen, George, Shirley, Tom H, Dave, Jack, Davis, Matthew, Peter, Avaryl – thank you guys. And I’m sorry if I’m forgetting anybody.

Also, I do need to thank one person specifically, my program director Eric Rosenfeld. He allowed me to stay in labs as late as I needed to, to put extra hours on my homework. He also encouraged and created so many opportunities for me to grow as a professional for which I haven’t thanked him enough yet.

And Jayson Whitmore, who offered me my first job in Los Angeles, where I was able to gain experience and make a lot of connections to the freelance world. Without their help and support, I wouldn’t have achieved my goals today and many more I’m yet to accomplish. And the support of my family, friends are always there. When we need each other the most, whether it’s a difficult day at work or something to celebrate.