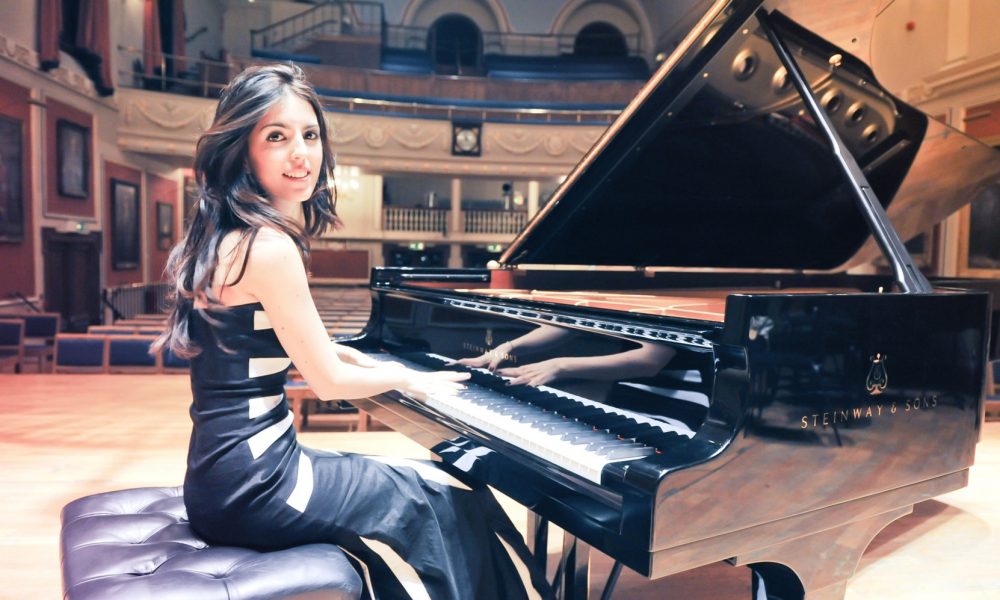 AyseDeniz was considered a child prodigy in her native Turkey and made her concerto debut when she was nine, with the Gordion Chamber Orchestra playing J.S. Bach’s Keyboard Concerto No. 5. At thirteen, she had already performed as a soloist with various orchestras under conductors including Ibrahim Yazici, Fahrettin Kerimov, Antonio Pirolli, Cem Mansur, Engin Sakpinar, Ertug Korkmaz, Rengim Gokmen, Vladimir Sirenko, and Kirill Karabits.
​
In 2011, she completed her Masters in Piano Performance at the Royal Academy of Music in London, under the tutelage of Christopher Elton. She received the Maud Hornsby Award, graduated with Merit and completed the LRAM Teaching Certificate. In 2009, she completed her Bachelors Degree at Eastman School of Music (Rochester NY) in the studio of Douglas Humpherys, where she received the Howard Hanson and Clements Scholarships as well as the John Celentano Excellence in Chamber Music Award.
​
As a young pianist, AyseDeniz attended prestigious summer festivals including the Verbier Academy, Music Academy of the West, Aspen Music Festival and School, PianoTexas, Goslar Konzertarbeitswochen, Tel Hai, and Beijing International Music Festival, studying with renowned piano pedagogues such as Menahem Pressler, Jerome Lowenthal, Arie Vardi, Yoheved Kaplinsky, as well as Lang Lang. In middle school, Gokcin moved to Spain for half a year to study with the renowned Bach interpreter Rosalyn Tureck, becoming one of her last students.
​
Throughout her early career, AyseDeniz has given concerts around the world including Cathedral of Christ The Savior Moscow (Russia); L’Eglise Verbier (Switzerland); Duke’s Hall, Steinway Hall, Kings Place London (UK); Bellapais Antique Monastery (Northern Cyprus); Central Park of Culture Open Air Hall, Lysenko Hall (Kiev, Ukraine); in USA’s PepsiCo Hall (TX), Kilbourn Hall (NY), Harris Hall (CO), Pacific Amphitheater (CA); Teatro Cine (BA, Argentina); Teatro Cine Gouveia, Teatro das Figuras Faro, Centro Cultural de Ãlhavo , Centro Cultural da Gafanha da Nazare (Portugal); Galleria d’Arte Moderna, San Fedele Milan, Teatro Dario Fo Venice, and St. Giorgio Cathedral Palermo (Italy); and in almost all of Turkey’s most important art centres, including Sureyya Opera House, Albert Long Hall, AkSanat, Borusan Music House, The Seed, CRR (Istanbul), State Opera House (Eskisehir) and MEB Sura (Ankara).
​
Upon hearing AyseDeniz’s interpretation of Chopin Sonata No. 3, Nikolai Petrov personally invited her to perform in the Kremlin Palace (Moscow, Russia) “ a concert that was very well-received and marked somewhat of a milestone.
​
Another milestone was after three of her piano arrangements of Pink Floyd songs in the style of Franz Liszt went viral, AyseDeniz attracted the attention of the progressive rock listeners and was featured on Pink Floyd’s Official Facebook Page. Upon the requests of fans, she completed the “Pink Floyd Classical Concept” Album, which she performed in USA, Argentina, Ecuador, Bulgaria, Italy, Portugal, Turkey, and Germany Recently, she performed as a soloist in Wavelength (USA 2013); Sofia Piano Extravaganza (Bulgaria 2013); Gouveia Art Rock (Portugal 2014); 31st International Ankara and 38th & 41st Istanbul International Classical Music (Turkey 2014-2015), and TanJazz (Morocco 2016) Festival, Piano City Milano & Palermo (Italy 2014, 2016, 2017); and Zorlu PSM Jazz Festival (2019).
​
In 2014, her show won the Argentinian Association of Cable Television Music Award; in 2015, her new album Nirvana Project dedicated to Kurt Cobain was released and reached the UK Top 10 Classical Charts on iTunes; in 2016, she won the ‘Pianist of the Year’ Award in Turkey at Donizetti Classical Music Awards and in 2017 she made her debut at New York City’s iconic venue ‘Le Poisson Rouge’.
​
She appeared on BBC News, Classic FM, Prog Rock Magazine, International Piano Magazine, Andante Magazine, MusicOff, Vogue, and continues to attract the attention of fans with her fresh, genre-bending projects. Newspapers including France’s Le Figaro, Scotland’s The Herald, Austria’s and Germany’s Taz have all given her positive reviews.
​
Her work as a composer and a pianist for Editta Braun Dance Company’s “Close Up” show toured Salzburg, Vienna, Linz and Edinburgh in 2015.
​
In January 2019, her original album “Earth Prelude” entered the Top 10 iTunes classical charts in the UK, USA, Turkey, and Italy. In February, her Beethoven Senses Album with the composer’s five iconic sonatas as a preparation for his 250th anniversary is now on digital platforms including iTunes/Spotify.
​
In 2018, AyseDeniz was named as one of the three Rising Stars on BBC Music Magazine to “watch out for”.

As of April 2019, AyseDeniz is a Kawai Artist.
​
Her limited edition signed albums are on her online store, her digital tracks are on iTunes, and her original piano scores & arrangements are on Music Notes. You can follow AyseDeniz on Facebook and watch her performances on YouTube.

We’re always bombarded by how great it is to pursue your passion, etc. – but we’ve spoken with enough people to know that it’s not always easy. Overall, would you say things have been easy for you?
I faced many challenges – starting from taking responsibility to perform from memory huge works of musical literature by the great classical composers like JS Bach, Mozart, Chopin and Beethoven.

Second was that I couldn’t relate to my friends and vice versa – I was the only one with a very serious commitment and the only musician. I was nine when I gave my first orchestra concert and it was hard for my classmates to enjoy the serious classical music – in fact, even their parents were quite new to it too, so while I was practicing, I didn’t have anybody to talk to about my career and aspirations other than my teachers.

Later on, in my teenage years, I began listening to more genres including rock and this was when I could communicate with peers my age.

In my family, I am the only musician – my mother is a medical doctor and my father an engineer. So, it was also hard for them to find the best paths for me. They researched so much and learned the music world with me. We still are a team.

What do you do?
I am a concert pianist & composer.

What do you specialize in?
Classical music, Rock and Minimalist/Romantic original compositions.

What are you most proud of as a company?
I am not a company but an artist. I’m proud to create my life with no rules and boundaries put by someone else… I make beautiful music and share it with people. It becomes something bigger than that when they have memories with my music. It is very special and unearthly.

What sets you apart from others?
I unite audiences of all genres by performing a wide range of repertoire from Bach to Nirvana, to Chopin to Linkin Park, all in my own style. I also compose music. My aim is to create a platform where people from any background can enjoy my music. Instead of labeling myself, I go for what feels right to do. I hate walls and I think we need more bridges in this world.

So, what’s next? Any big plans?
I will be touring in USA starting February until May 2020. Before that, I have an album release, and I will premiere those pieces in my home country Turkey.

Next summer, I am working on a Beethoven Project for Burning Man, and I’d like to support people in need of emotional and mental support through his letters about his struggles. He contemplated about suicide yet didn’t do it in the end. This is something everybody should know. During his most difficult times as a well-known composer, he was going deaf but he still fought for himself and he created some of his most ingenious works when he completely lost his hearing. He is an example we should all learn from. 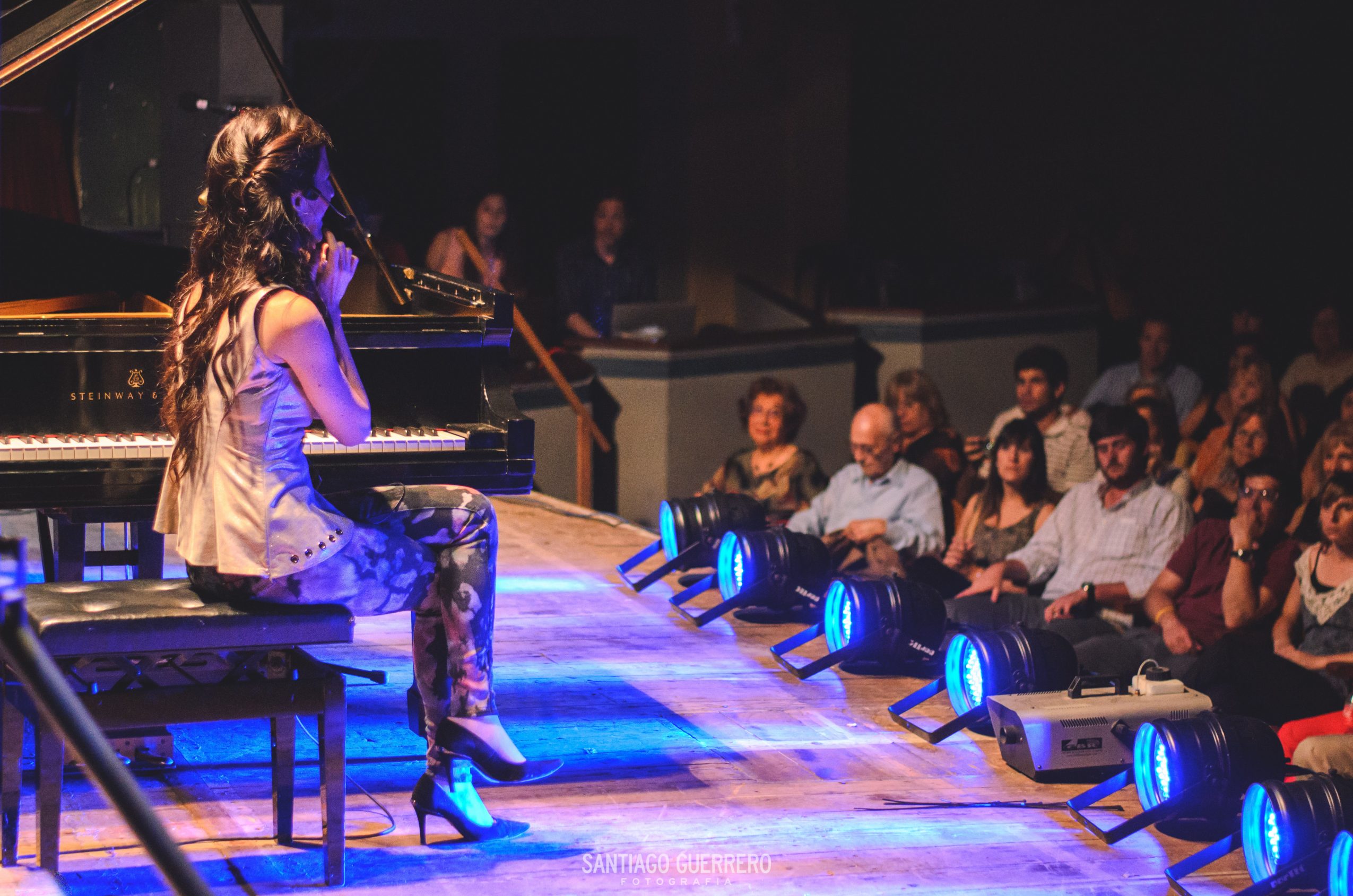 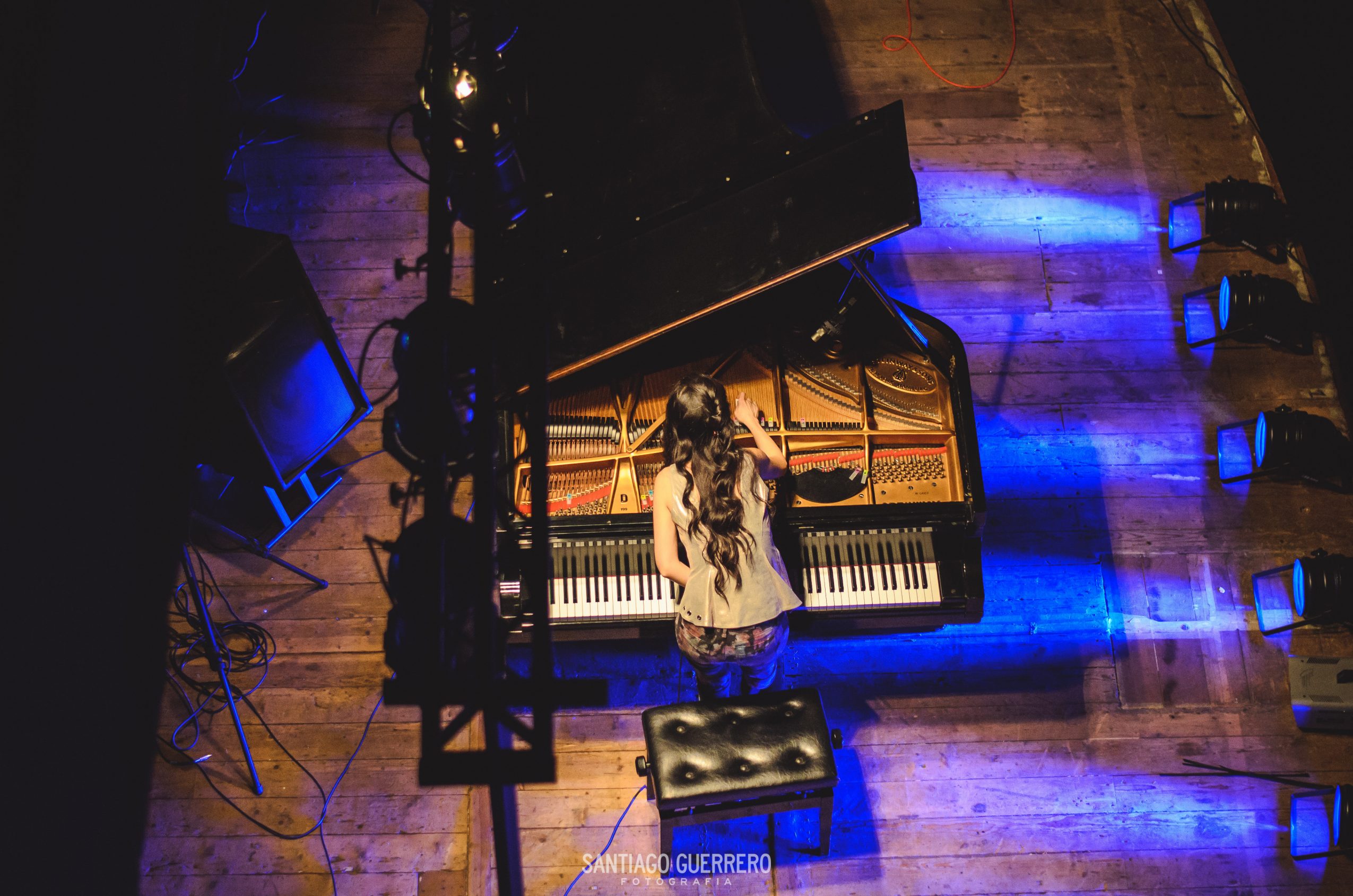 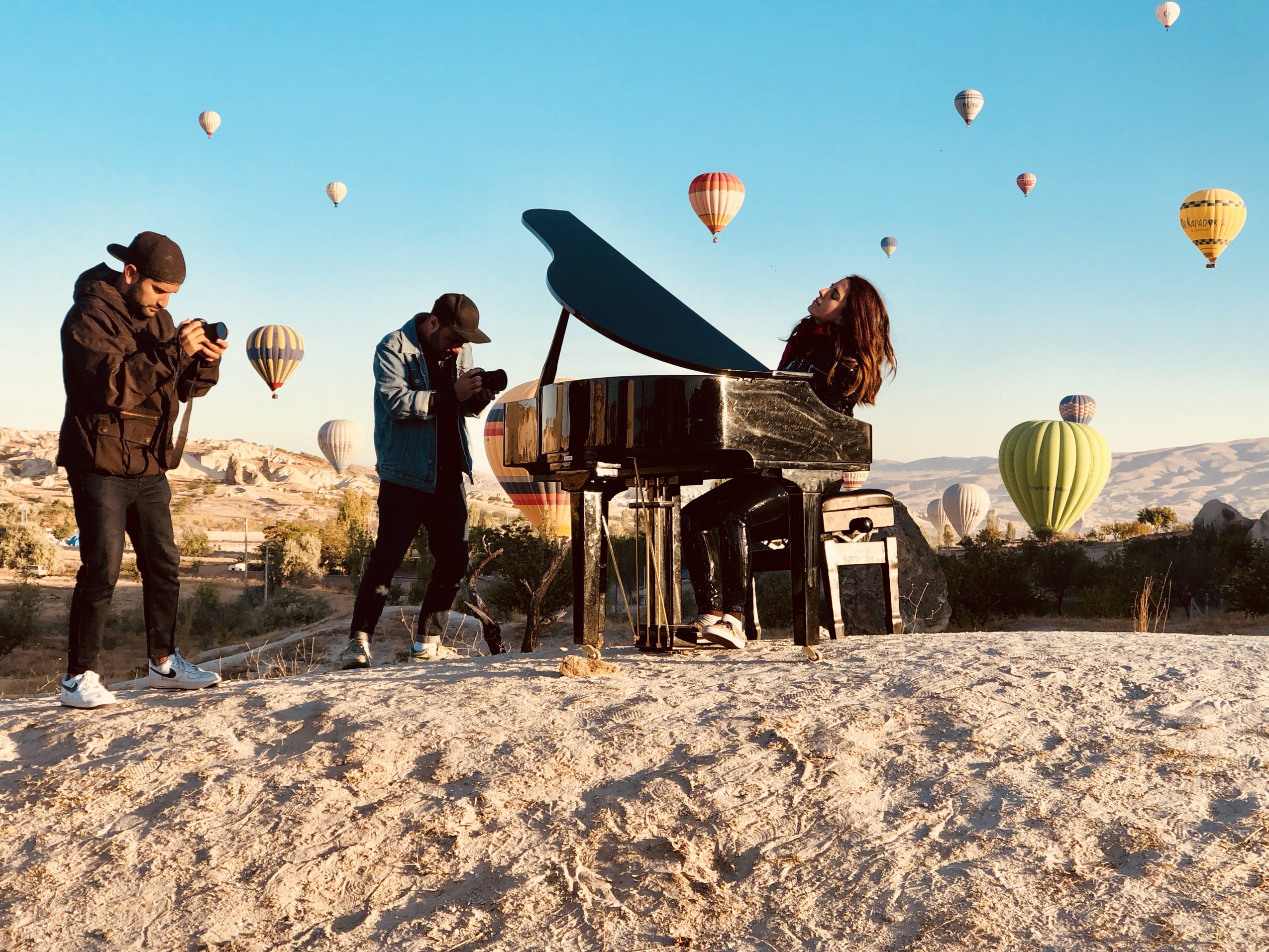 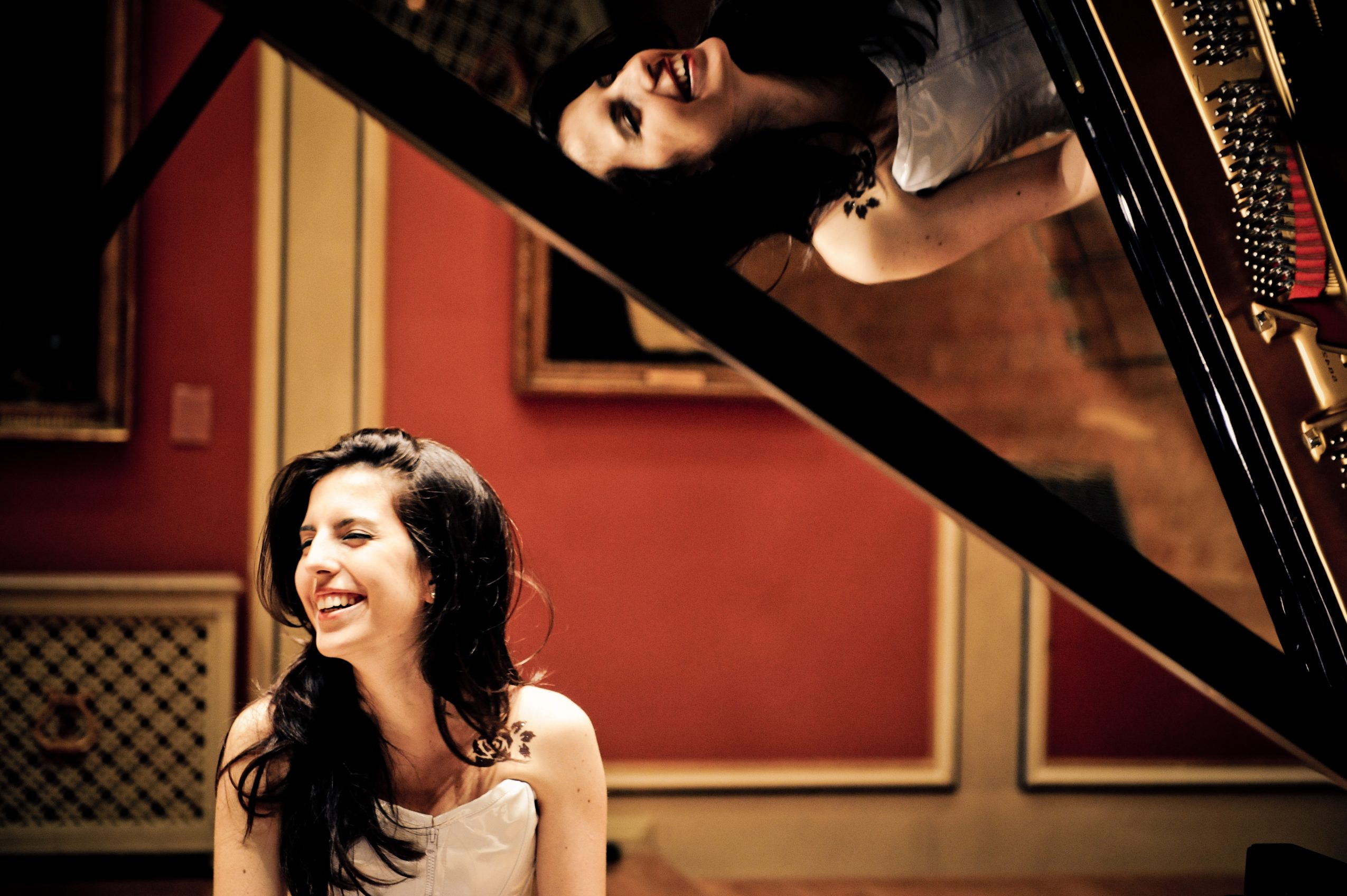 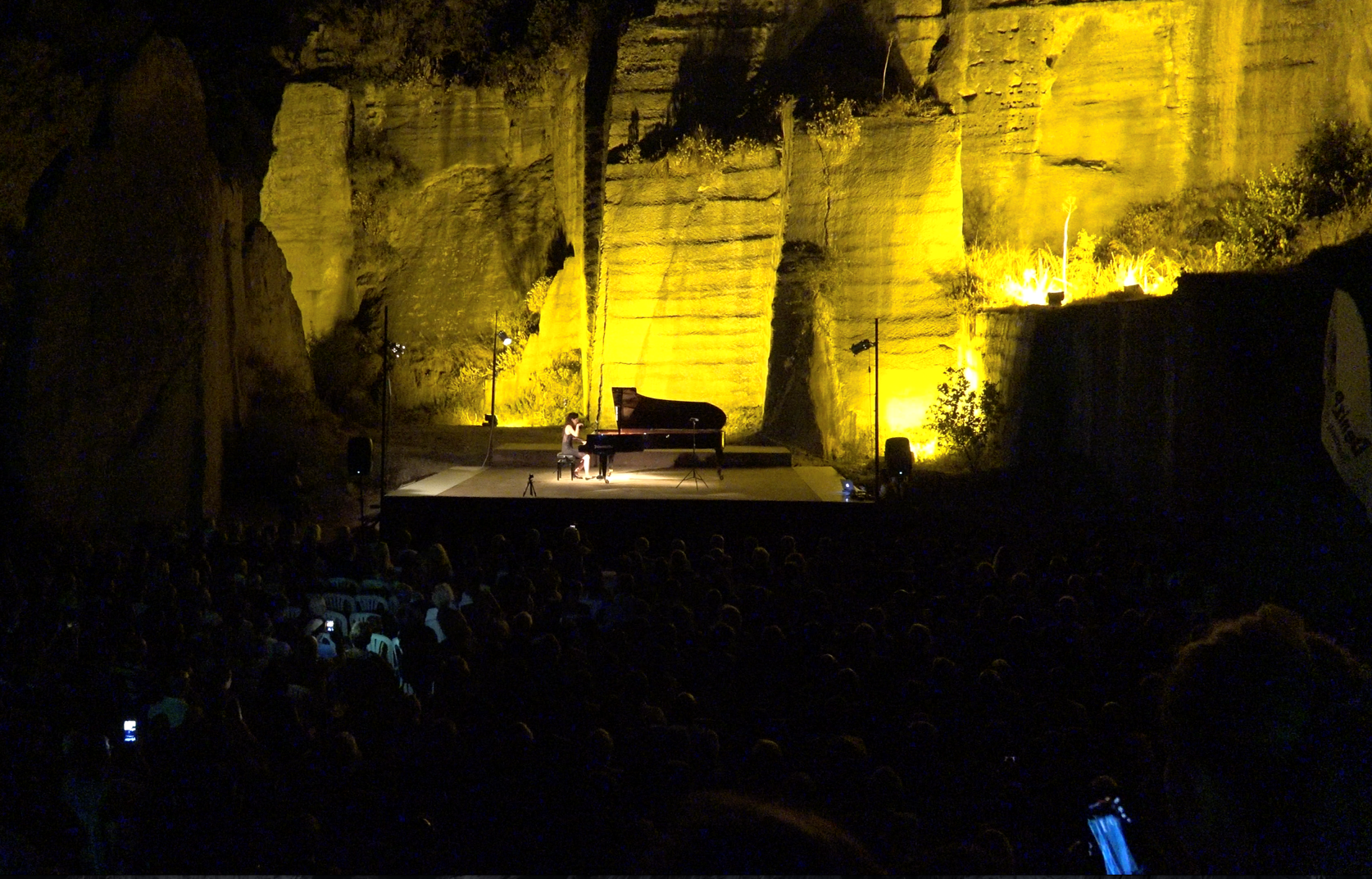 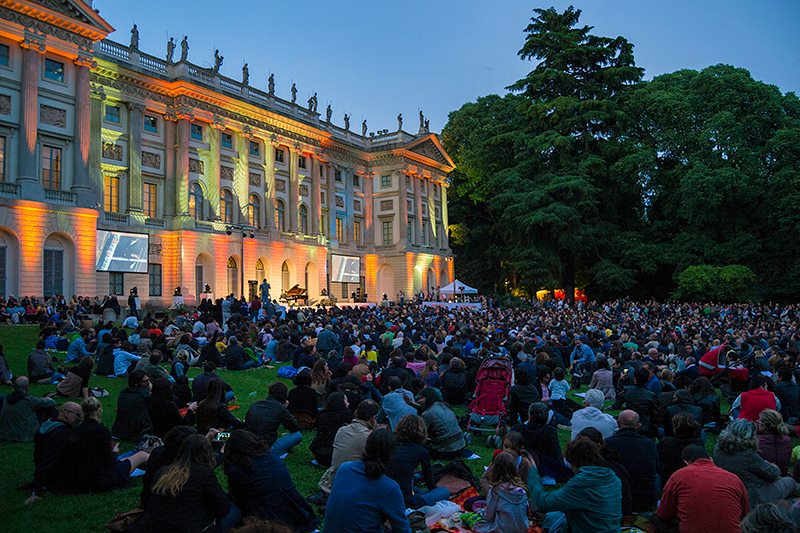 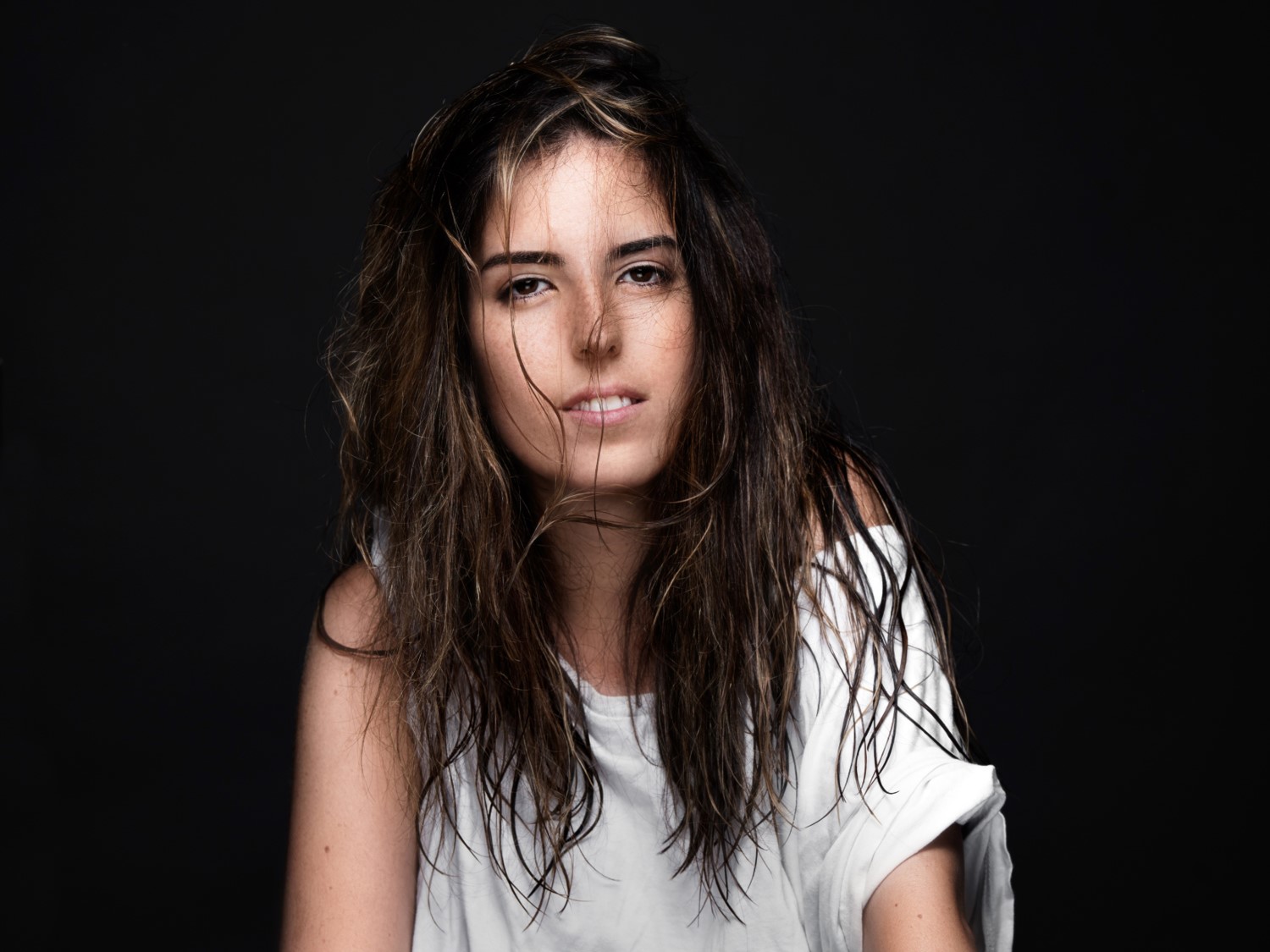