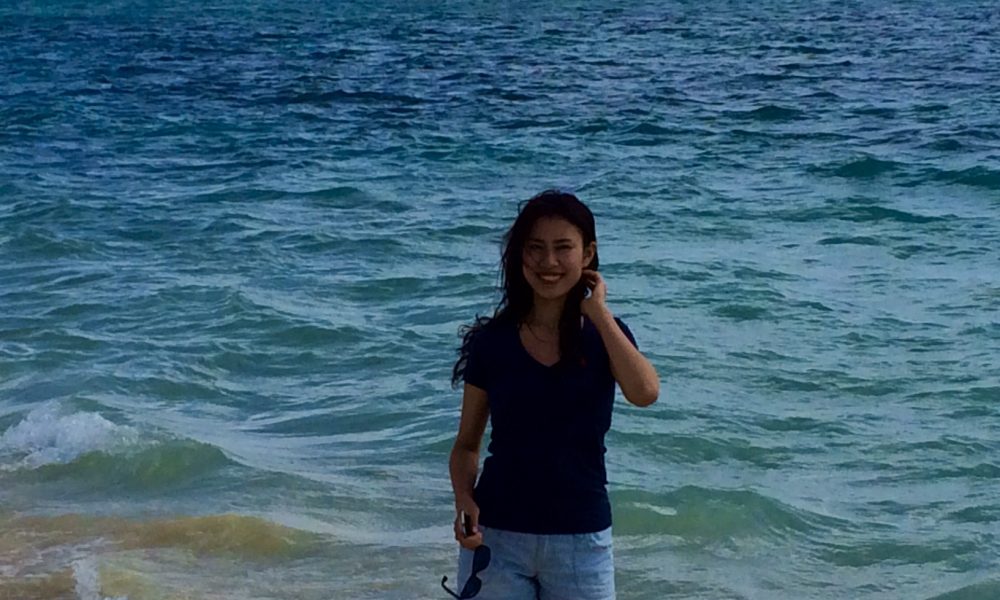 Today we’d like to introduce you to Aya Todo.

Aya, let’s start with your story. We’d love to hear how you got started and how the journey has been so far.
I was born and raised in Japan and had lived in the same town until I graduated from university. I loved drawing as a kid but becoming an artist was not my dream yet. When I was in the first grade, my mother bought me the novelization of Disney’s Bambi in Japanese. I would bring it to school and would read it anytime I had time during a day. I read it over and over again, which I was made fun of by always reading it. I was fascinated that much by its story. I wanted to watch the film wondering how it could be visually and loved it more even though I knew the storyline and how it ends.

Later on, I used to say I wanted to be some sort of designer when asked but I wouldn’t have taken myself seriously more than the people around me. I couldn’t say that I wanted to pursue art, assuming how my parents or friends would react. So eventually I majored in English and American literature. Although I was not that interested in it at first, I ended up loving it.

While I was still in university, I saw a concept art from Frozen on the Internet and bought the art book right away. It rekindled my aspiration and love for drawing and making stuff that I almost had forgotten. Looking through the art book, that was the first time I figured out that there are so many different kinds of artists to make an animated film. The art book was filled with drawings and paintings of the character designs and settings as visual development, which caught my eyes. I looked for a lot of visual development artists and their works, and I thought this is what I wanted to do.

Has it been a smooth road?
I got accepted to the character animation program at Calarts after two rejections. Looking back on the first two portfolios, not only I still had so much to learn but also I couldn’t show what I wanted to tell through my works. I just couldn’t because I was afraid of getting out of my comfort zone where I always avoided reflecting on myself and putting ‘myself’ into my works.

I compared myself to others and low self-esteem hit me more often. This made me think that going to Calarts or even applying was the most daring dream to even think about and I wouldn’t be able to get accepted as if I was trying to reach where I didn’t deserve. But most importantly, I didn’t enjoy it.

Thankfully, I had a chance to visit New York for a short term where I went to life drawing sessions or museums almost every day. Thanks to the opportunity to stay in a different place, I walked around a lot to explore the city and to sketch while having to deal with things I hadn’t experienced in my country. That experience gave me a more open mindset even under the stress.

The oldest memory of me having introversion was when I was at kindergarten. The teacher would put some of our drawings on the wall in the classroom. I thought the drawing had to be really good and outstanding enough to be selected by the teacher. I kept drawing and drawing but mine was not to be chosen. I initially thought that I was not good enough yet. Then one day, a classmate was asking the teacher to put his drawing on the wall. I was really shy and introverted so asking the teacher to put my drawing in front of the whole class was the last thing I would’ve done. Instead, I was likely to think that if I do good, someone would notice. Being so passive, and up until now, I still feel like I’m embarrassing myself when I show my work to others even though it has been getting better. By not taking action by myself, I would remain inside of my comfort zone because I did not have to be embarrassed or feel failed myself which eventually made me afraid to even try something. So giving it a shot to apply to Calarts was the first and biggest try for me to get out of my comfort zone.

Before I finally told my parents that I wanted to go to Calarts, I found myself googling a lot of Japanese artists who studied animation abroad. I got motivated when I found some articles or interviews of whom made it come true. On the other hand, I got scared when I read that some said studying abroad was a waste of time and money or too risky. I was stuck in my head overthinking before jumping into but then I realized spending days and months like this didn’t lead me to any solutions. I realized it didn’t mean I could do it even if someone had made it, and vice versa. I still tend to struggle with insecurity but at the end of the day, I have to give it a shot. None of my family members are doing art (plus, I wanted to do it in a foreign country) so my parents had the same idea but after they understood my desire, they have been supporting me.

We’d love to hear more about your work and what you are currently focused on. What else should we know?
I was having a hard time coming up with the idea for the first year film and all I knew was I wanted to make a film about my late grandfather, who was one of the few people who understood my love for creating something. With a lot of help and feedback from a professor, I finally decided to make a film based on the memory that I used to make a cup of coffee for my grandfather after every dinner we had together. While looking for an idea, I realized that I held little things that happened in everyday life like this closer to my heart than something bigger. That is my inspiration and I want to remember those moments by making art.

Since it was fun and there was so much to learn, the first year at Calarts flew by so fast. I also couldn’t finish my first year film as I was supposed to, so I will keep working on it. Hopefully, it’ll be out within this year.

I feel so grateful for being surrounded by the talented, inspiring peers and supportive faculty so I’m excited for three more years at Calarts! 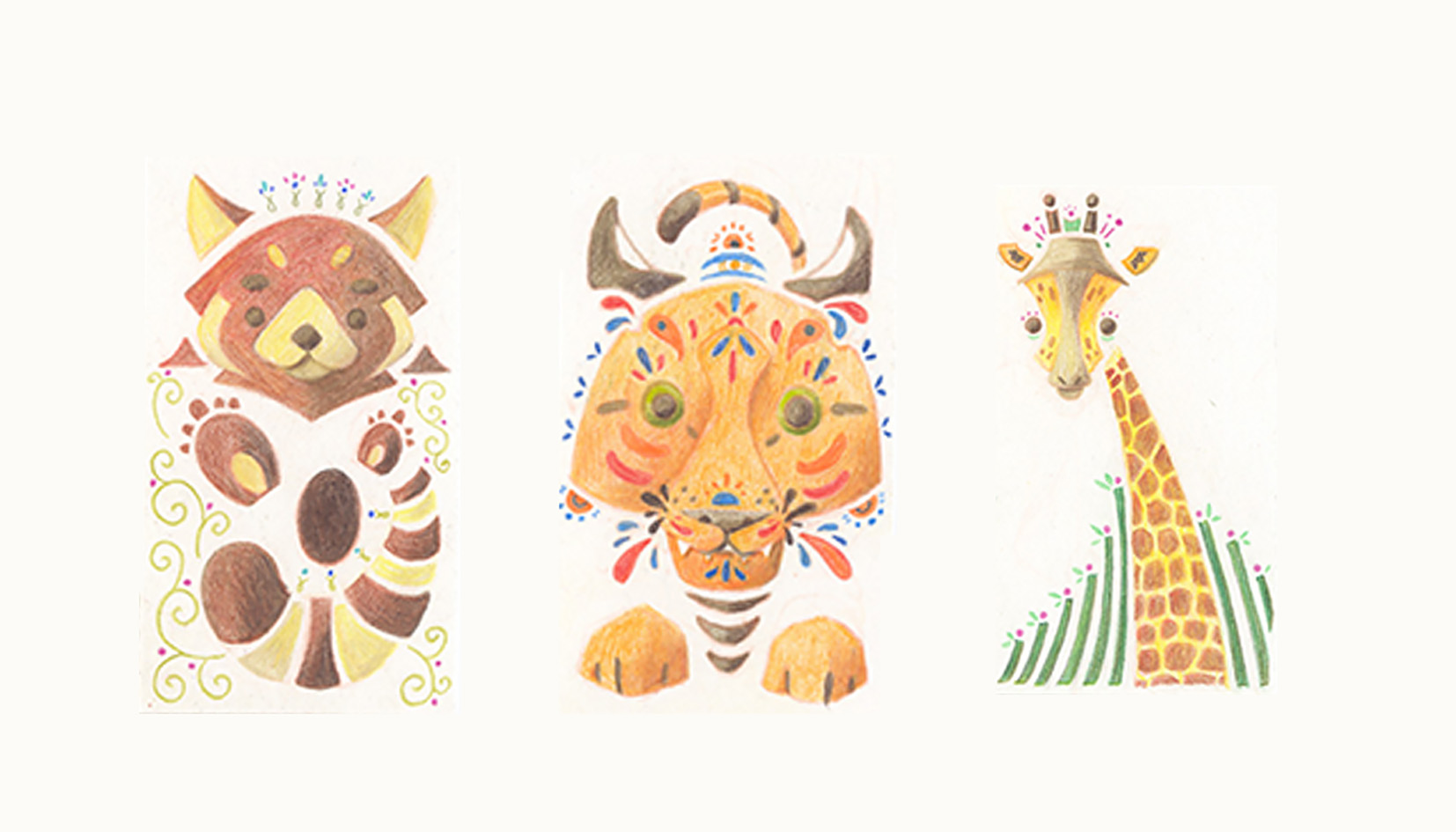 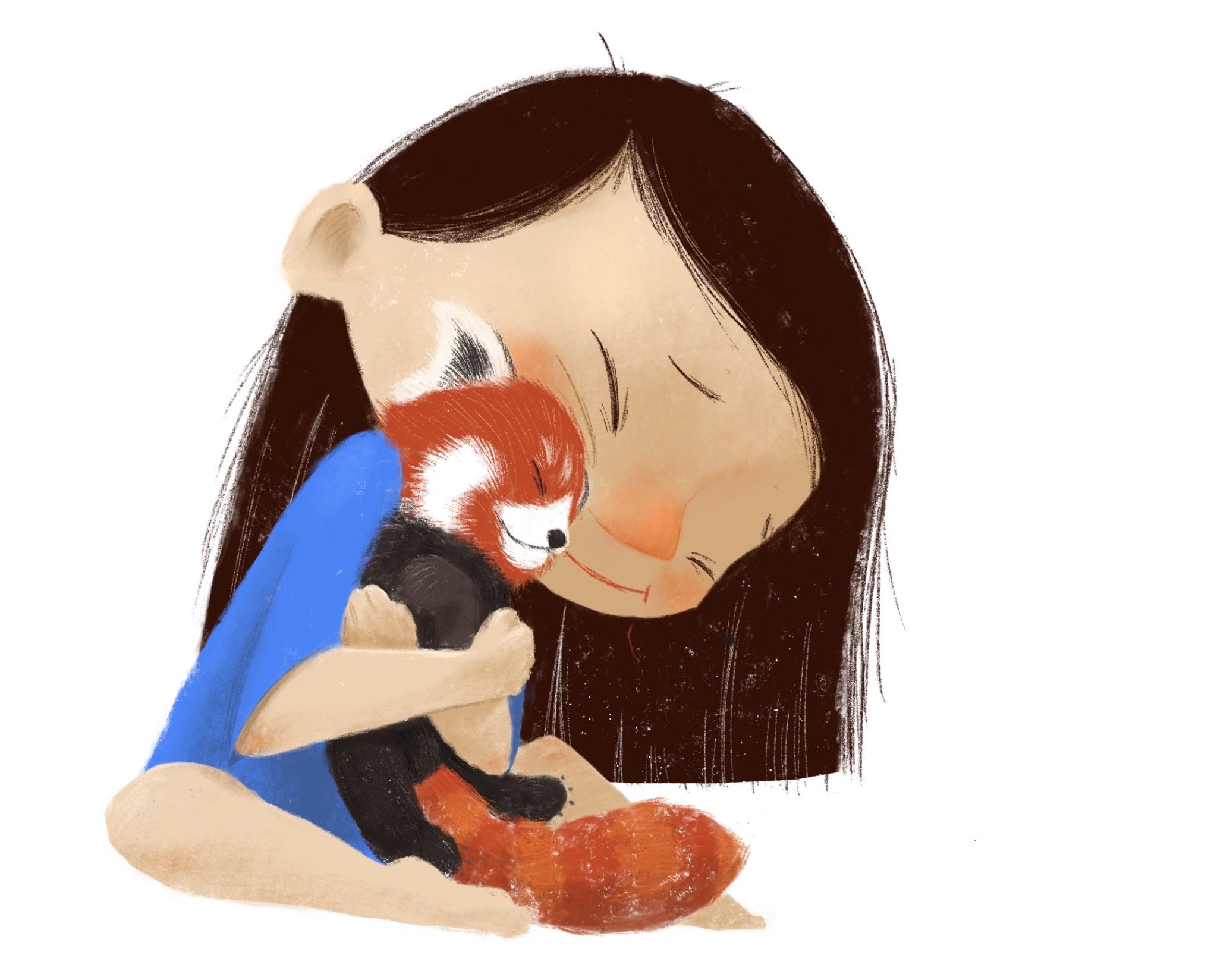 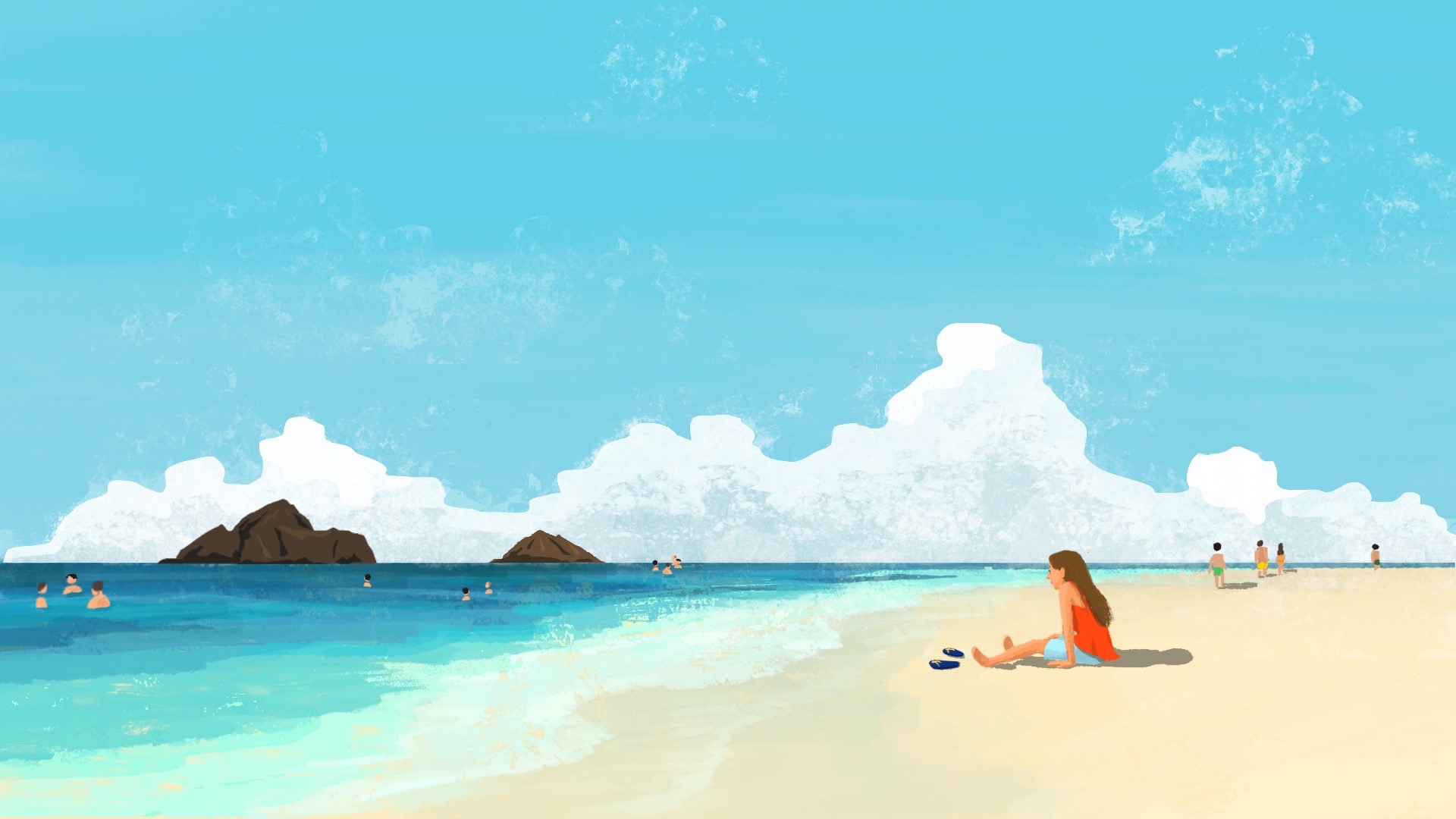 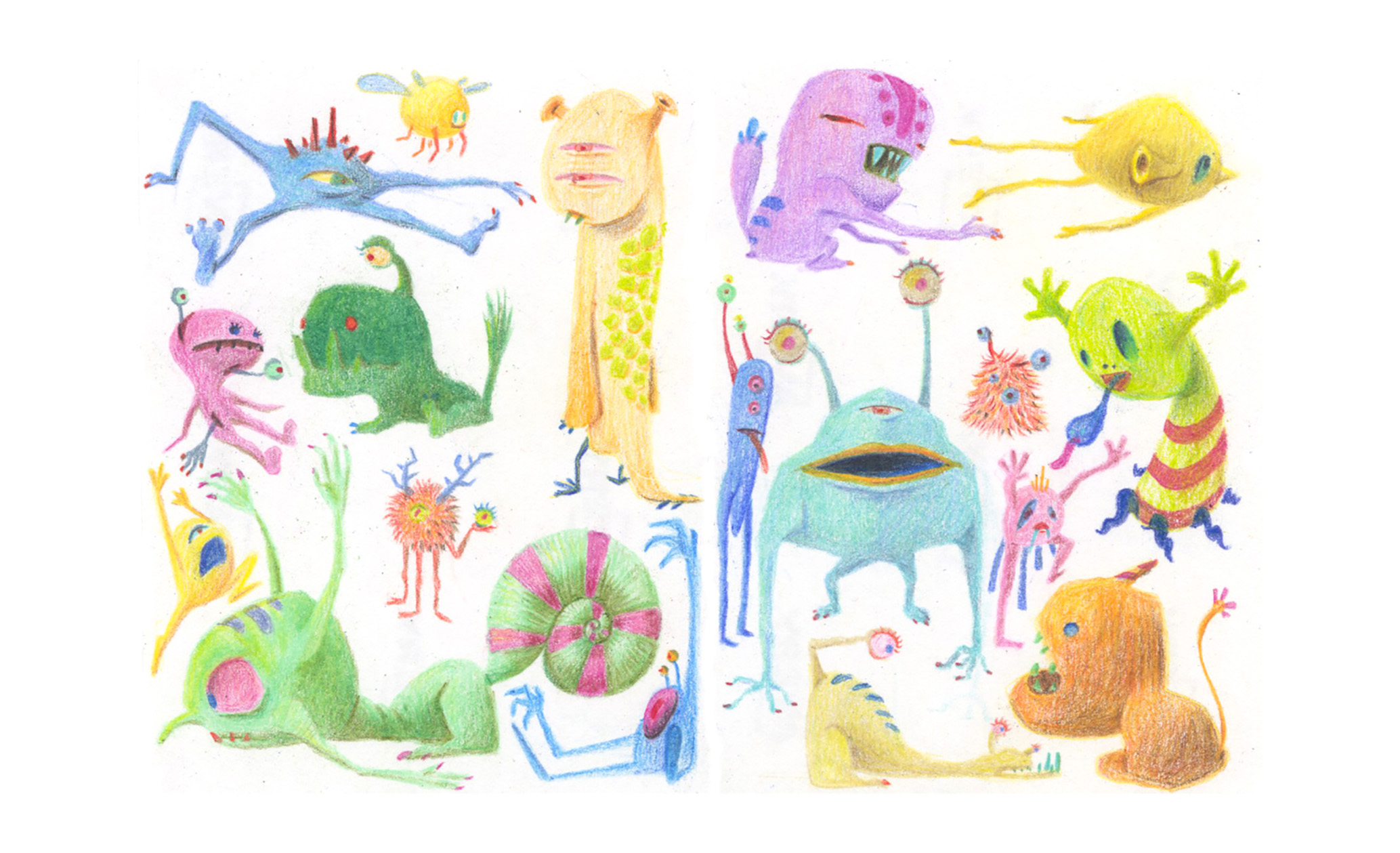