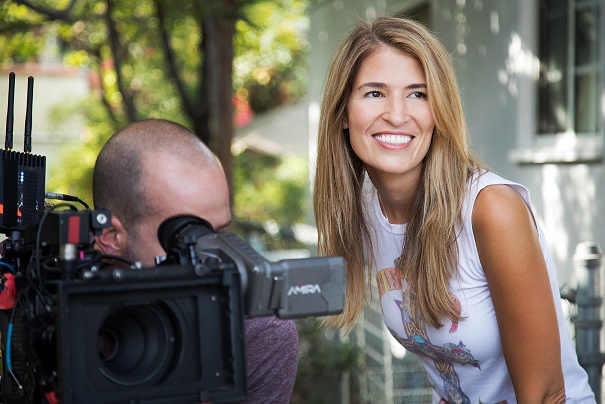 Today we’d like to introduce you to Autumn McAlpin.

Autumn, let’s start with your story. We’d love to hear how you got started and how the journey has been so far.
While many women establish their careers before having kids, I did the opposite. After graduating with an English Teaching degree, I taught middle school for a year before having my first child at age 22. I decided to stay home with my (four!) children while they were young but found myself feeling a bit restless creatively so I revisited a passion I’d discovered in college – writing. I had an idea for a nonfiction book and got lucky when I sold it to Adams Media in 2003. REAL WORLD 101: A Survival Guide to Life After High School is still in print and is a top-selling graduation gift. That led to a ten-year stint working as a freelance humor columnist for THE ORANGE COUNTY REGISTER, where I also reviewed family films, books, and concerts.

A column I wrote led to an idea for a screenplay, which led to two years of self-study and a newfound love of screenwriting. When my youngest entered kindergarten, I went back to school in 2013. I studied screenwriting and received a Master of Professional Writing degree from USC. I loved my program, my mentors, my peers, and ended up producing a short film I wrote and winning 1st place in USC’s Writing for Stage and Screen competition for a play I wrote called IN FRONT OF THE CHILDREN. In making my short film (called SHADOW), I discovered I love to also produce and direct.

Since, I’ve written many more scripts, and optioned others’ work. After shopping a script I’d written for a couple years, I decided to produce it myself, and as soon as I made that decision, the ball started rolling. We were able to attach Danny Glover and James Lafferty to star in WAFFLE STREET, which was based on a memoir by Jimmy Adams I had optioned. John J. Kelly (EP of films like DEADPOOL, 127 HOURS, SPY!, WARRIOR) signed on to produce and became a great mentor to me. The film did well on the 2015 festival circuit, even winning Best Feature at the Hollywood Film Fest and Red Rock Film Fest, along with notable awards at Tallgrass and Woodstock Film Fests.

My thesis project at USC attracted some attention and financing at a sizable level, but I knew I wanted to direct it — it was my passion project. And I learned it’s difficult to get A-list stars to sign on to a first time director’s feature. So in the meantime, I decided to write and direct a lower budget feature. Inspired by an experience I had teaching a life skills class at a women’s shelter, and motivated to make a pro-women film after the 2016 election, the idea for MISS ARIZONA was born. It became a passion project I wrote in less than a month and made less than a year later.

The film follows a former pageant queen who embarks on an all-night adventure with four unlikely friends she meets while volunteering at a women’s shelter. We shot in 14 days in Los Angeles. The film stars Johanna Braddy, Dana Wheeler-Nicholson, Robyn Lively, Otmara Marrero, and Shoniqua Shandai as our ensemble, and we were lucky enough to get other recognizable faces like Steve Guttenberg, Missi Pyle, Kyle Howard, Kevin Heffernan, Willam Belli, and Ginger Minj to sign on. We are wrapping up post now, and hopeful for a 2018 release!

Overall, has it been relatively smooth? If not, what were some of the struggles along the way?
Balancing life as a wife and mother of 4 with a creative career with no set hours and only your own passion setting your schedule has of course been challenging. Typically when my LA friends find out I have four kids (and live in San Clemente-ha!) they assume I don’t take my work seriously. But I find that to be the opposite. Mothers are expert multi-taskers, jugglers, and let’s face it – workaholics.

I find I’m a better mother when I pursue my creative ambitions, but I stay mindful of always putting my family first, even when I have to move them to set with me. Financing is also a hurdle as a filmmaker, which I think all can relate to. But I write for the love more than for the money, so I try not to focus on that too much (while hopeful the funds will come!).

Side Gig Productions – what should we know? What do you guys do best? What sets you apart from the competition?
At Side Gig Productions, we strive to produce content that is uplifting, inspiring, and entertaining. Life is short, and when you take on a film, you are taking on a love affair with a project that could last up to 7 or 10 years, so you’d better love what it’s about! I only create content I’d be proud to show my children and that I feel makes the world a better place, so that drives a lot of my decision making.

As a writer/director/producer, I’ve been told I have both a strong business and creative side, which I think I’ve inherited. My dad is a successful businessman and as a kid, I loved tagging along on his meetings and trips and soaking it all in. My mom is a talented artist and has always encouraged her 8 children to pursue their dreams – two of my seven siblings also work in the arts (one an actor, one a drummer for a blues’ band).

What is “success” or “successful” for you?
I was raised by the philosophy, “It’s nice to be important, but more important to be nice.” I have never made a project with an award or paycheck being the end goal. Instead, Instead, I hope my projects will touch people’s lives. The best payoff I’ve ever received was a letter from a viewer of my film, WAFFLE STREET. He confided that he’d been preparing to take his own life until he stumbled upon our film on Netflix, and related to the main character’s personal path of downfall then resilience. That really touched me — and all of us. Experiences like that keep you going. 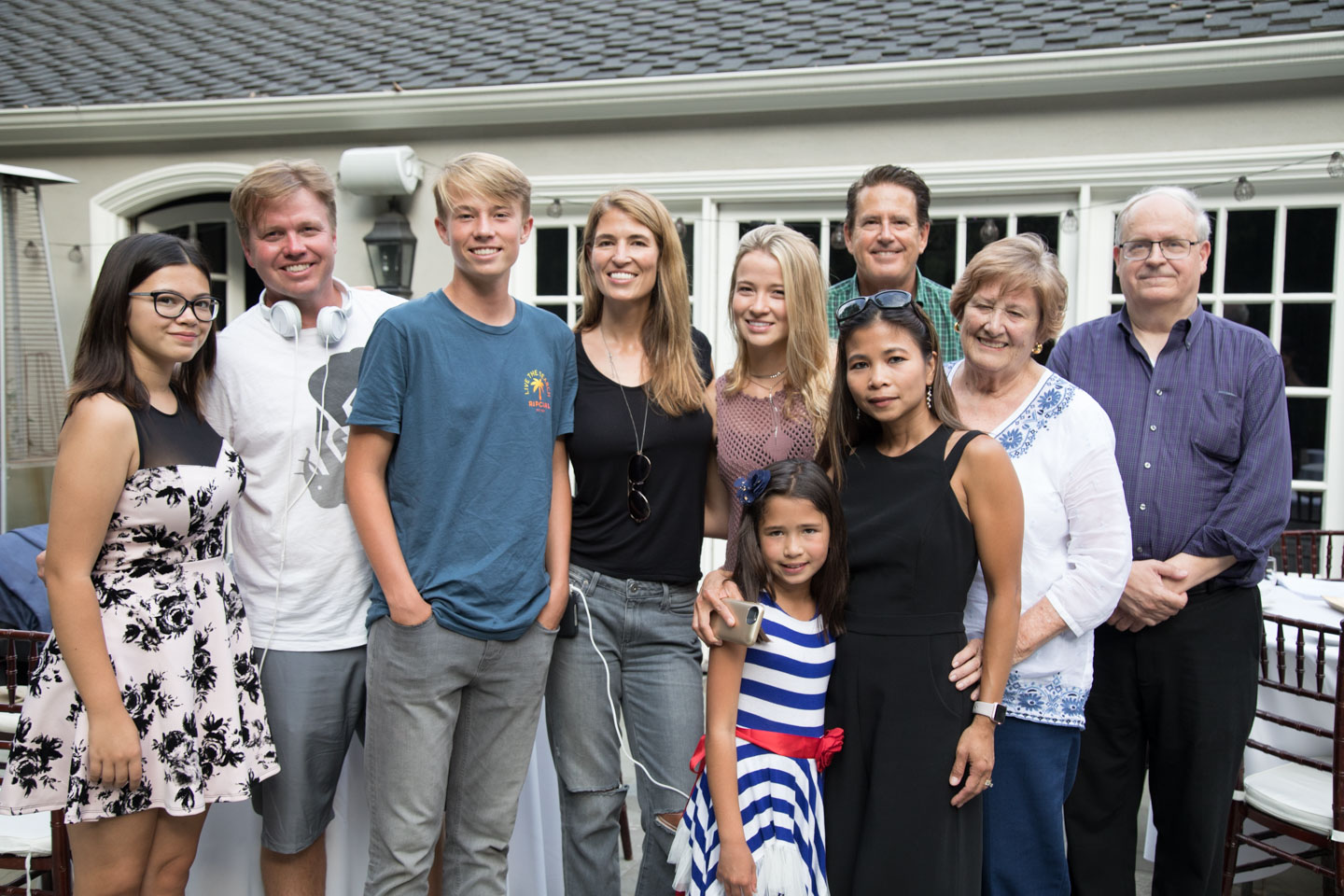 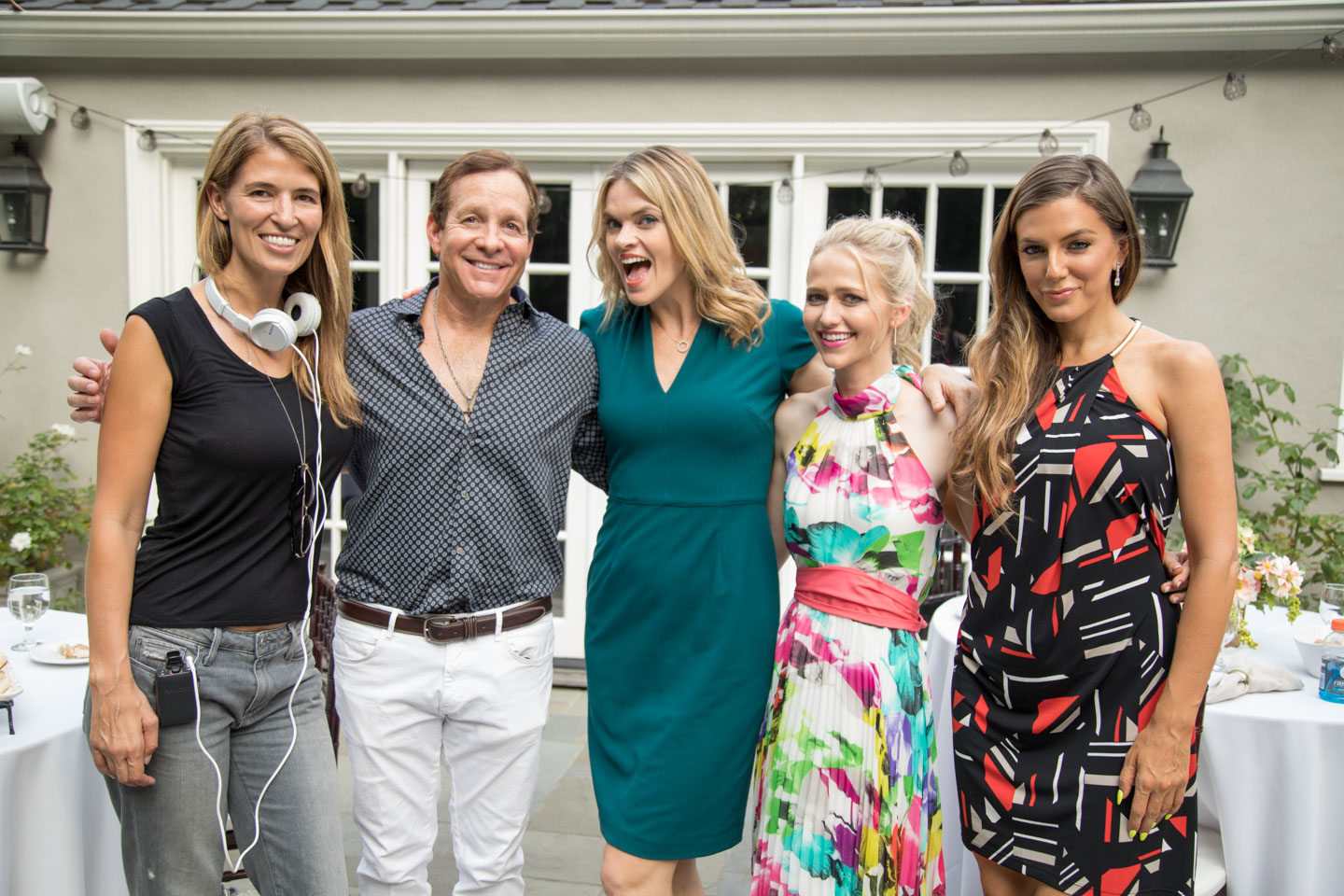 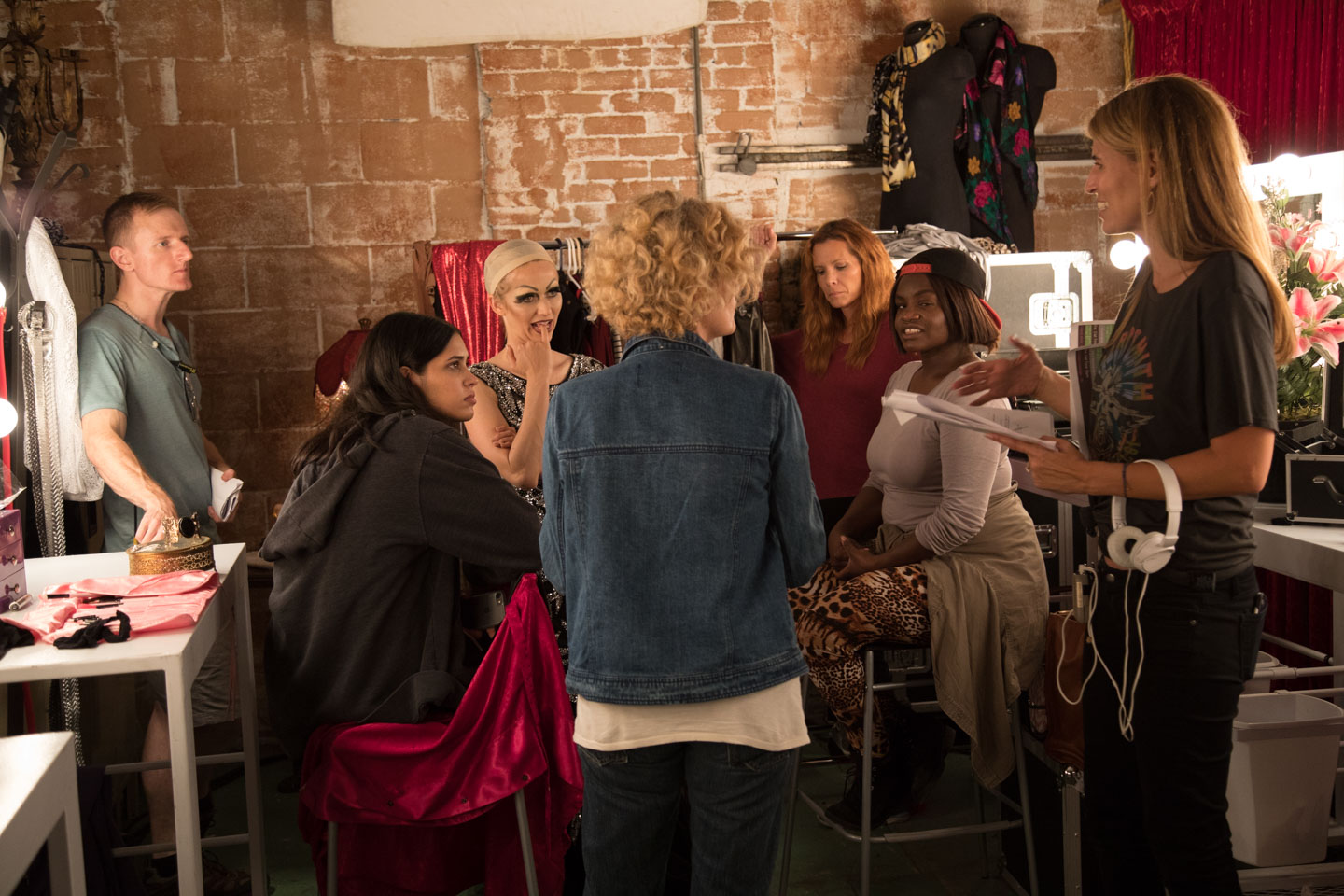 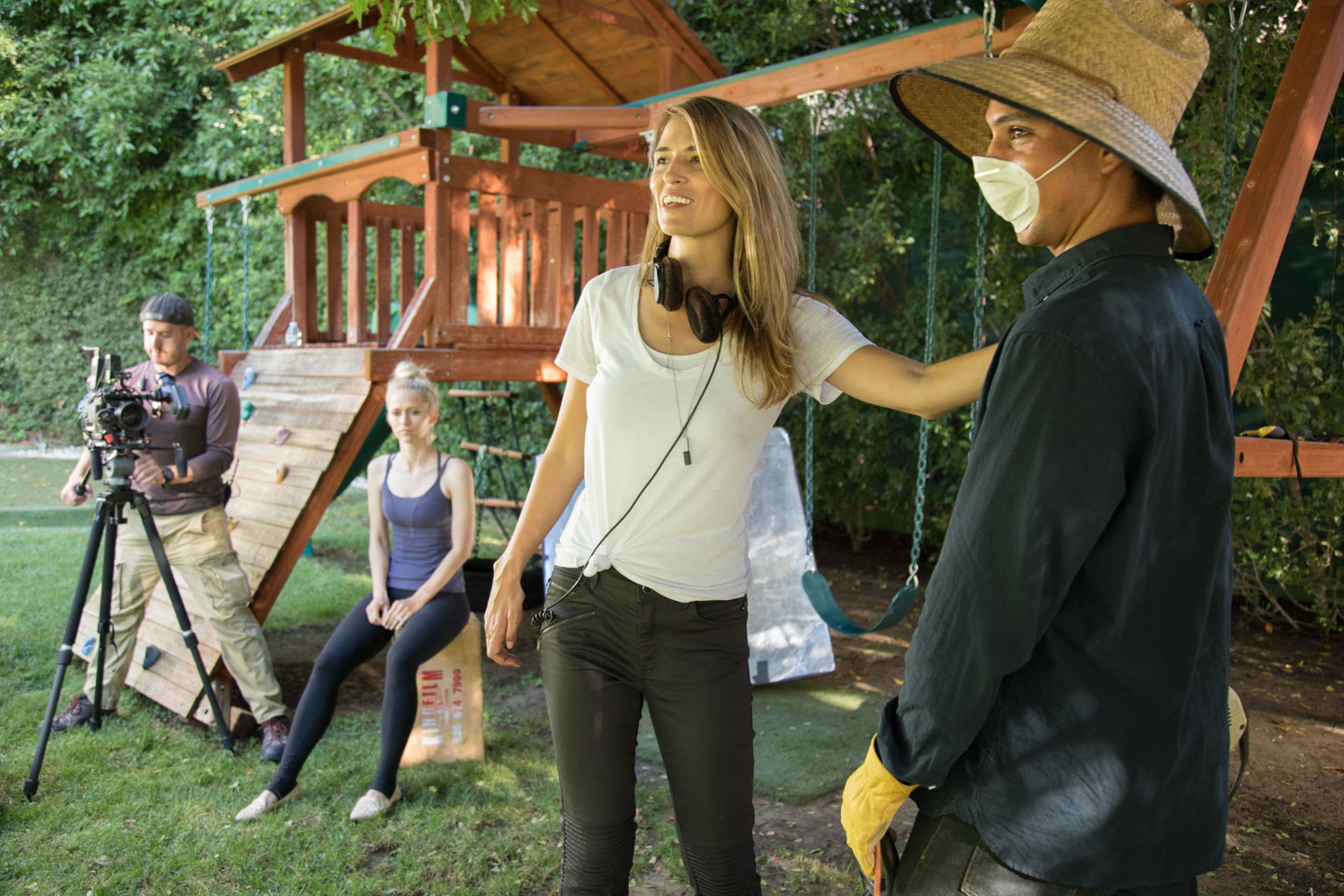 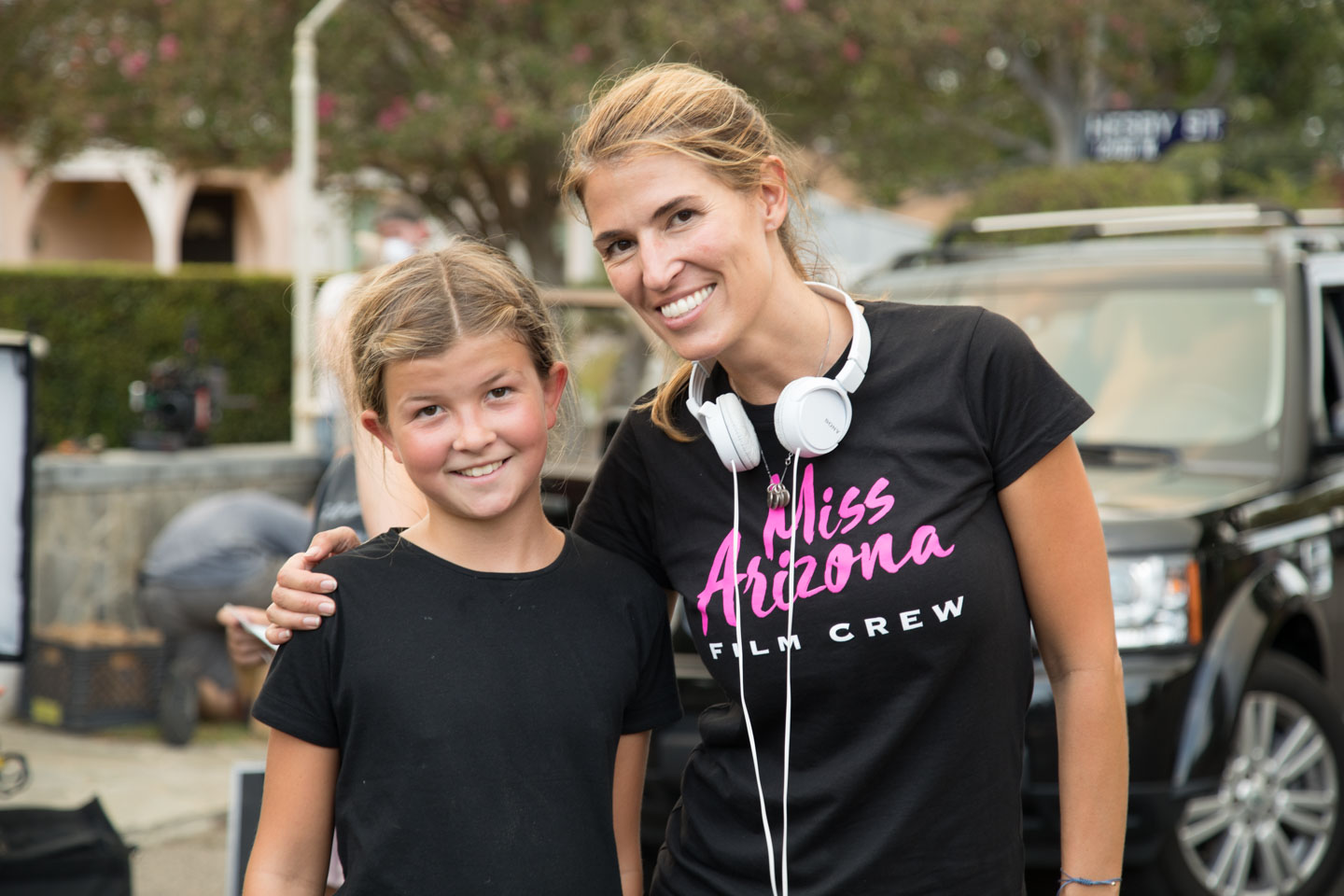 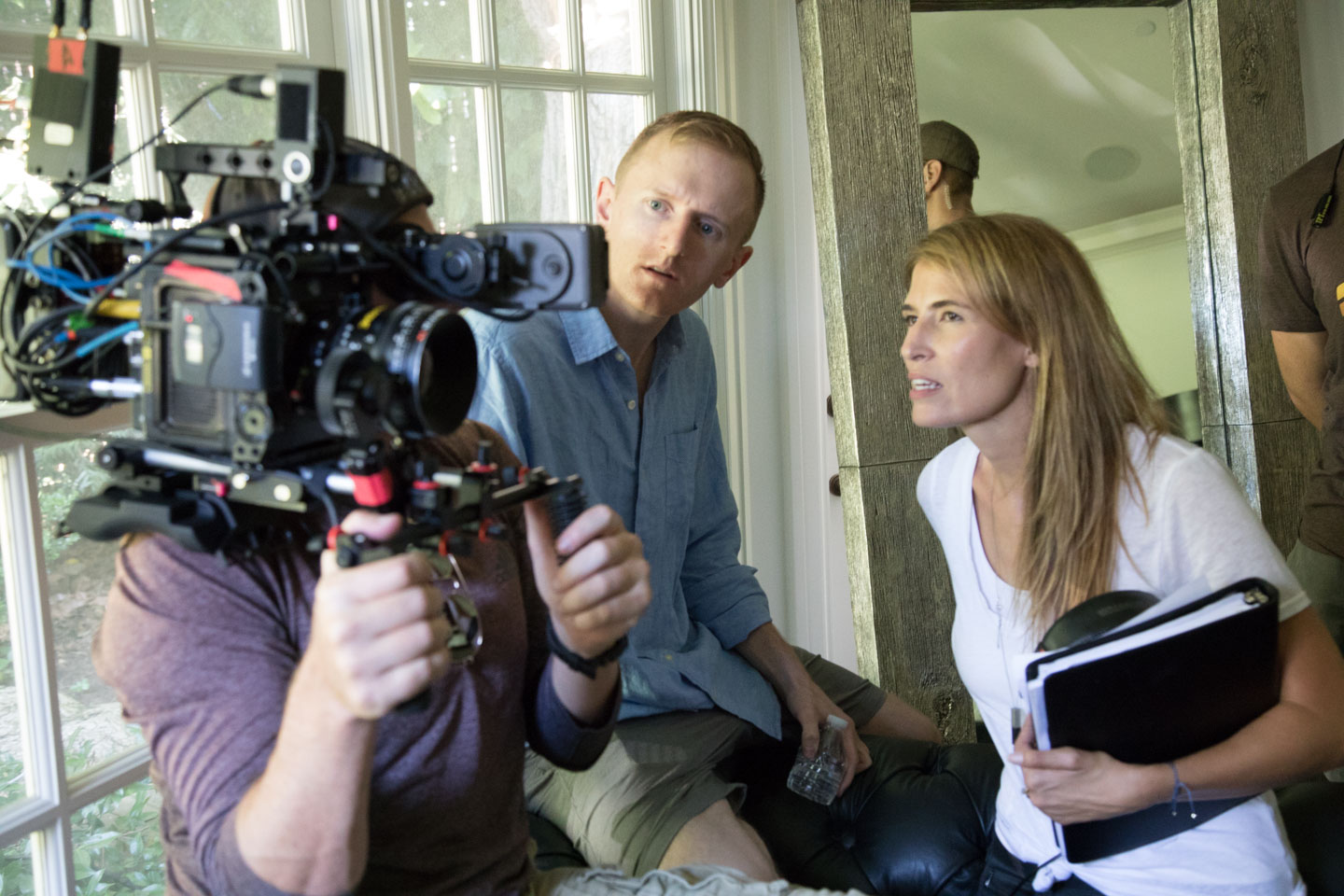