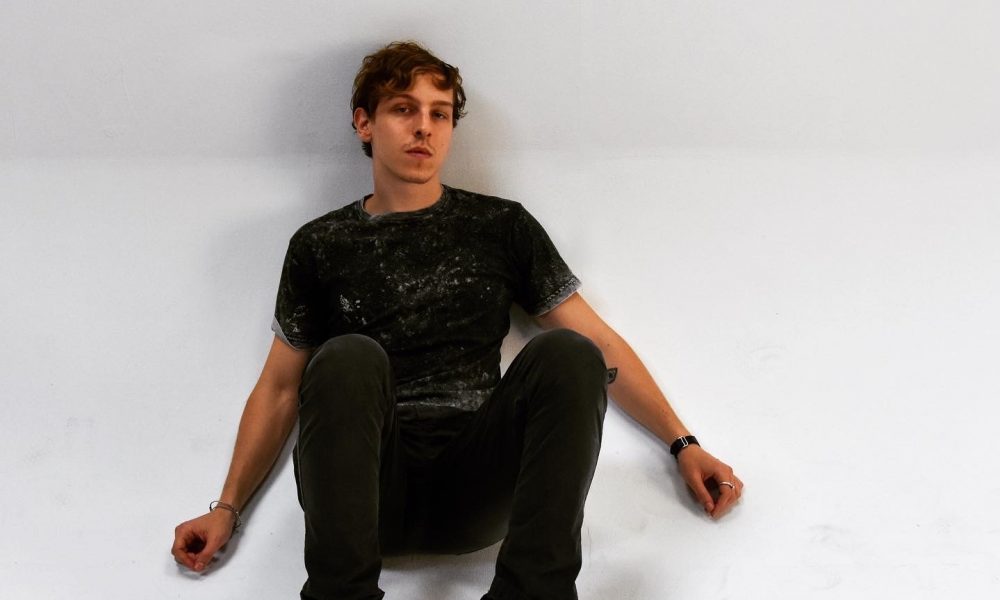 Today we’d like to introduce you to Austin Ward.

Austin, can you briefly walk us through your story – how you started and how you got to where you are today.
Music has been a part of my soul and being since I can remember, however my path to where I am today has been far from straight/obvious. I began playing guitar and piano around age nine and became quickly consumed. As luck would have it, I was presented the opportunity to audition for a kids band slated to be the youngest band in history to play the Coachella Music & Arts Festival in 2008. I was just 13 years old and auditioned for bass, an instrument I didn’t know how to play at the time, but faked it well enough. We go on to play the festival, 12pm Saturday on the Outdoor Theater stage, and follow with additional gigs at the Roxy, the Whiskey A-Go-Go, and a small tour throughout Mississippi (where my familial roots stem). The band didn’t make it past that summer — we were a motley crew of pre-pubescent kids trying to navigate middle school, let alone the music business. However, the experience was pivotal for my musical journey. It taught me at a very young age what it means to be in a band, the incomparable feeling of playing live music with others, and the immense dedication required to make it something special.

I very quickly went from child rockstar to 9th grader. Throughout high school, I studied Jazz guitar and joined the Jazz band — the only real music option that my school offered. I spent a summer at the Berklee School of Music in Boston to continue strengthening my chops. Songwriting started to come very natural to me — I had an overwhelming appreciation for music. I obsessively burned CDs, ventured to shows around LA, and tried to be a part of music culture in a city that has birthed so many remarkable talents. I would also spend summers, holidays, and other random stretches of time down in Meridian, Mississippi — a speck on the map that at times feels more home to me than LA. My exposure to Southern music cultures gave me a sincere appreciation for Gospel, Blues, and Americana. By the end of high school, I was writing frequently, however the pre-professional nature of my school surrounded me with very little peers considering tackling a career in music full-time. I was trained to see it as a hobby. I kept my head down, worked my tail off academically, and ended up on a plane to Philadelphia to attend the University of Pennsylvania.

The four years I spent in Philly supplied immense growth and self-discovery, yet permeated the same pre-professional ethos as my high school days. I sought out musical counterparts, formed projects, and began to release material into the world for the first time, all the while studying for an Economics degree / Consumer Psychology minor. I felt like a fish out of water, surrounded by east coast types who aspired to the Wall Street rat race since the womb. I didn’t even know what investment banking was, and it felt as though if I wasn’t on that track, perhaps I shouldn’t exist. My musical core and passion never wavered, but my musical identity was lacking. I had no sounding board, no like-minded peers to grow with and learn from. I end up landing a job at Google — a Marketing-focused position on the YouTube team. I was overjoyed — it seemed like an opportunity that would appeal to my creative brain, and yet still looked as sexy as some banking job on a 1-page resume (I was brainwashed). Off to Silicon Valley I went…

Within weeks of arriving in San Francisco, commuting on the G-Bus to and from the office, and settling into my new life and “dream job”, every internal voice within me created a resounding symphony of regret & uncertainty. I felt far from myself, questioned each and every one of motivations, and started putting this emotion to song. I was in a position of immense privilege in a job many would kill for, and I hated every minute of it. How could a kid with such an affinity and strong love for music go from one of the world’s biggest stages at the ripe age of 13 to a cog-in-a-wheel email expert marketing technology products? It all felt wrong.

With a little finesse, I convinced my boss to let me transfer to the Los Angeles office. Same job, different location, and a hell of a difference. Upon returning to my hometown, I was determined to get my music life in motion again, reconnecting with artists, managers who turned down the college experience for the industry hustle, producers, and the like. I was hungry for opportunity and decided it was time to create it for myself. A friend of mine had started a management company/label imprint called “Bad Habit” — they had a deal with Atlantic and we’re bringing on really interesting and talented artists. I began gigging for two of their upcoming acts, Janine & Yeek, as a hired guitar player. From there, momentum started to waterfall. I met a handful of guys playing some of these shows that would later become my bandmates. I start recording original music for my own artist project, taking session work for others, and building relationships with producers. After 18 months at Google, I decided it was time to step away and tackle the music business head-on.

At this juncture, I thought I’d never spend another day in a desk job again. Alas, man makes a plan and God laughs! Three months into this new adventure writing, performing and recording around town, a very synergistic opportunity lands on my lap. I was offered a job at Kobalt Music’s new-age label start-up, AWAL. The role was on the Digital Accounts or “Stream Team” which dealt with the company’s relationships with all of the streaming services. The company’s mission to provide a new fair alternative to the traditional label for independent artists really resonated with me, and I was interested to learn more about the other side of the business. I take the job and spend the ten months I was there burning both ends of the candle in the truest sense of the phrase. I would work 9-6:30 tirelessly pitching and promoting other artists, while spending 7pm-2am in a studio somewhere. I had become a go-to session player for “Bad Habit” producers and was getting opportunities to aid in music creation for buzzing acts like UMI, Tiffany Day, Brandon Banks, and others. It was also around this time that I started releasing solo material for the first time as Austin Ward, distributed through AWAL, the very company I was working for! It felt as though a freight-train of progress suddenly came through the station. I put together my 4-piece band, and we began playing headline nights at esteemed venues around town.

Our first show we sold-out the Echo and followed with nights at the Moroccan Lounge, El Cid, The Peppermint Club, Madame Siam, and others. Also around this time, I met Yasmin Rogers aka “Yaz”, daughter of Doug Rogers, owner of the esteemed East West studios in Hollywood. We began writing duets, and our first release through AWAL, a cover of COIN’s “Malibu 1992”, landed on New Music Friday in 9 territories, as well as two additional Spotify editorial playlists. Between early success with my independent releases, the plethora of session work starting to organically build, frequent shows with my band around LA, and my day-in-day-out work at AWAL, come my 1-year check-in at the company I was completely burned out. I knew then and there that if I was to really take a swing at a career as an artist / professional songwriter + producer, it would take 100% of my focus. So, I left, taking the leap yet again.

I am writing this ironically on the 1-year anniversary of me leaving Kobalt. This past year has been one of immense artistic self-discovery — I have been consistently releasing material, building my catalogue + listener base, and working towards the release of my debut project “Mind Your Manners” coming this Fall. My last single “Find the Feeling”, accompanied by a stunning music video produced by the legendary “freenjoy,” has generated substantial organic momentum. I have also been steadily producing/writing for others, having co-produced two records on UMI’s last EP “Love Language” + one on her upcoming “Introspection” EP, one track on Brandon Bank’s EP “STATIC”, and a variety of singles for Tiffany Day, with many more cuts upcoming. This is only the beginning… I am thankful for the ride.

Great, so let’s dig a little deeper into the story – has it been an easy path overall and if not, what were the challenges you’ve had to overcome?
There have been many bumps along the way! The two primary themes for the obstacles I’ve faced have been battling/escaping from the status quo and navigating battles of the will / self-doubt. For the former, it’s hard to walk away from a company like Google or justify chasing a dream when one’s whole life you’re fed the importance of a stable career, being like the rest, etc. Walking away from both jobs were some of the more challenging decisions I’ve ever had to make and required me to re-program aspects of my thinking to simply push me to believe in myself. Once you do decide to make that leap comes the second obstacle — self-doubt. This is something I still struggle with to this day — every artist does in some form. There are the days where everything feels in flow and you’re so excited about what you’re creating, and then there are the days where nothing seems to feel right and there’s no way to see differently. I’ve found that patience and perseverance are vital tools to cure this kind of negative, self-critical thinking. Try to have the patience and perspective to understand that good things take time — stay the course, hone your craft, and enjoy the journey. Worrying / beating yourself up does yourself no favors. Acknowledge those feelings, get back to the root of your joy for your medium (music, art, fashion, film, etc.), and move forward with gratitude.

Can you give our readers some background on your music?
Austin Ward is an LA-based artist, producer, songwriter, & multi-instrumentalist. Raised between the sun-kissed jungle gym of Los Angeles, and the backwoods charm of Meridian, Mississippi, Ward draws upon his eclectic upbringing to inform his sound, merging influences of Americana/Folk with modern Indie-Pop sensibilities. He takes listeners through tales of love and self-doubt, driven by intricate layered guitar parts, impassioned vocal performances, and anthemic timbre, pulling you into a vortex of melodic bliss. Ward plays with a 4-piece band that delivers a live show full of energy and musicianship.

What moment in your career do you look back most fondly on?
My proudest moment of my career thus far was my debut headline sold-out show at The Echo in January ’19. It was the manifestation of a full 180 degree life change. I went from a disillusioned tech employee to a headline artist with a dream band, playing in front of my AWAL colleagues, friends + family, artists/producers I collaborate with, and total strangers in a beautiful 45 minute set of pure catharsis. In terms of my artist’s journey, this was just the start! A first but important milestone. However, it represented a projection of my own willpower, dedication, and commitment. You can manifest anything you want if you put your heart, mind, and soul towards it. 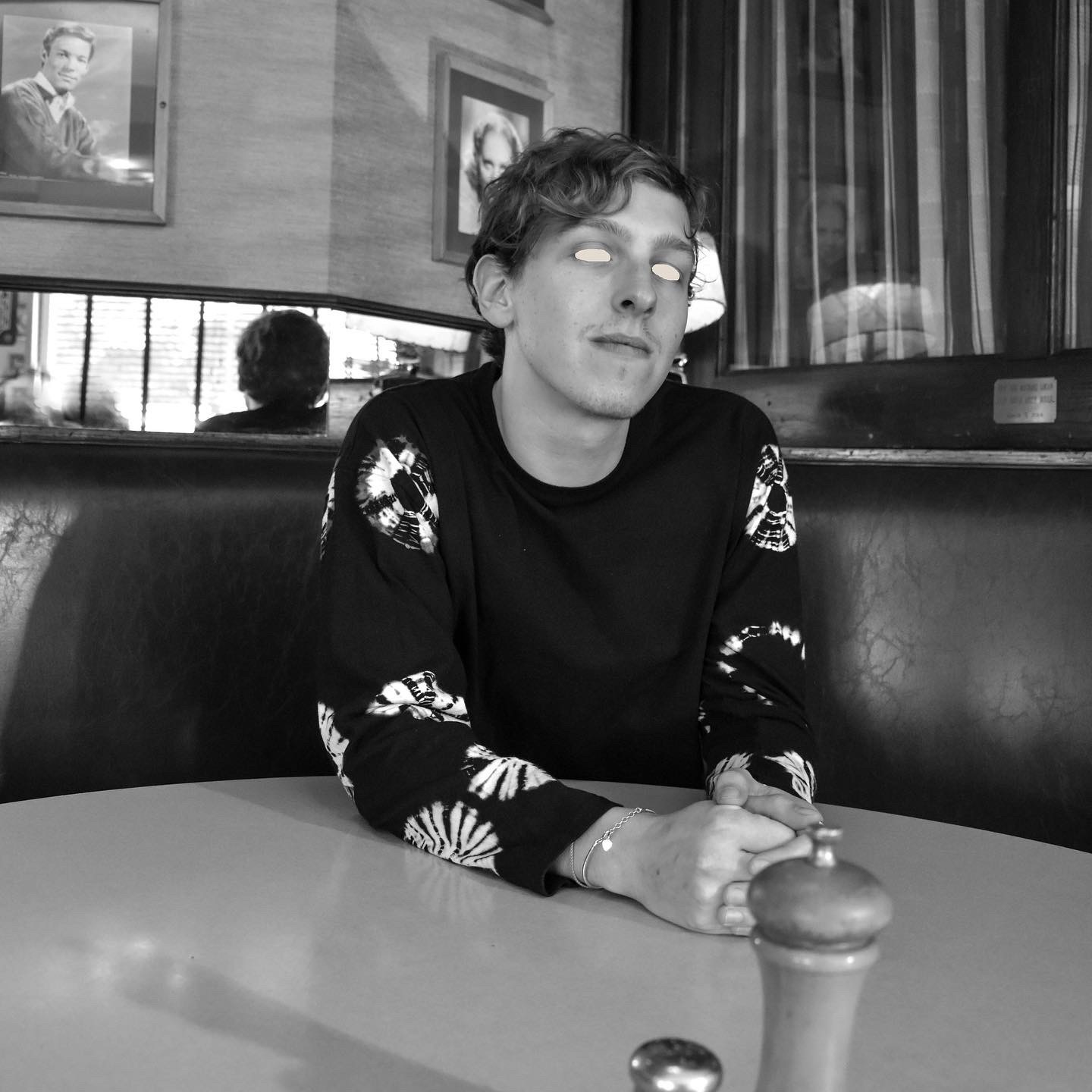 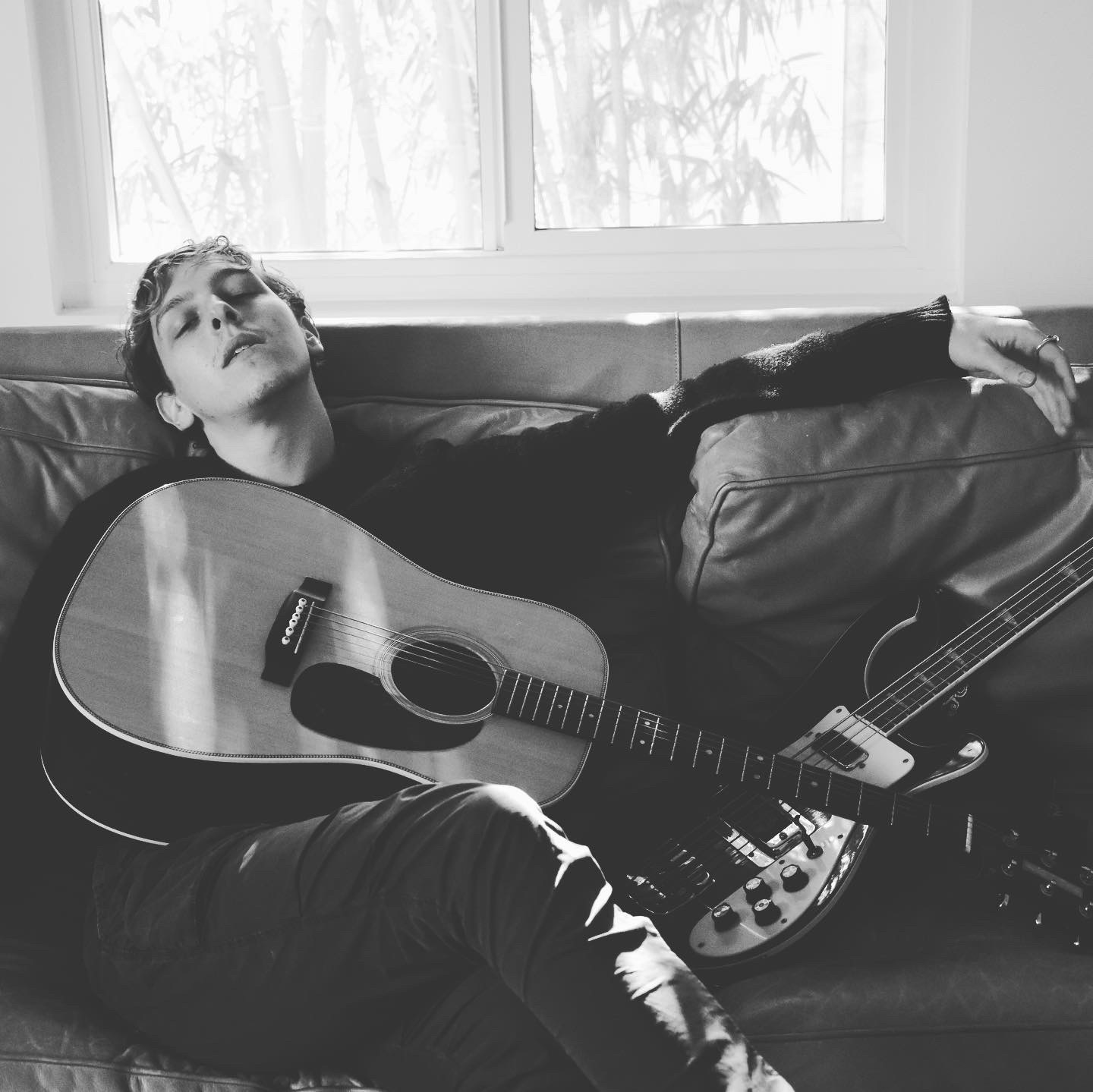 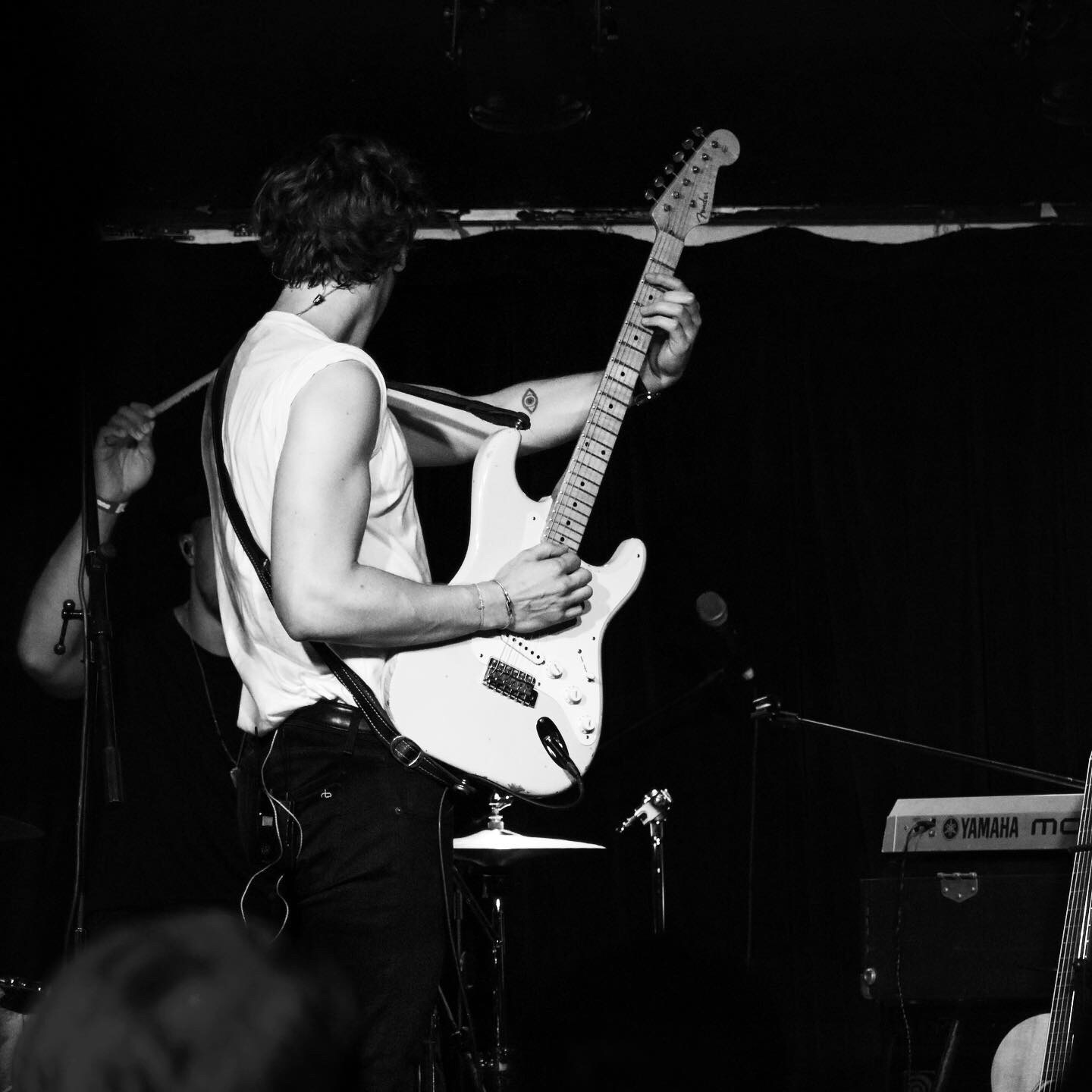 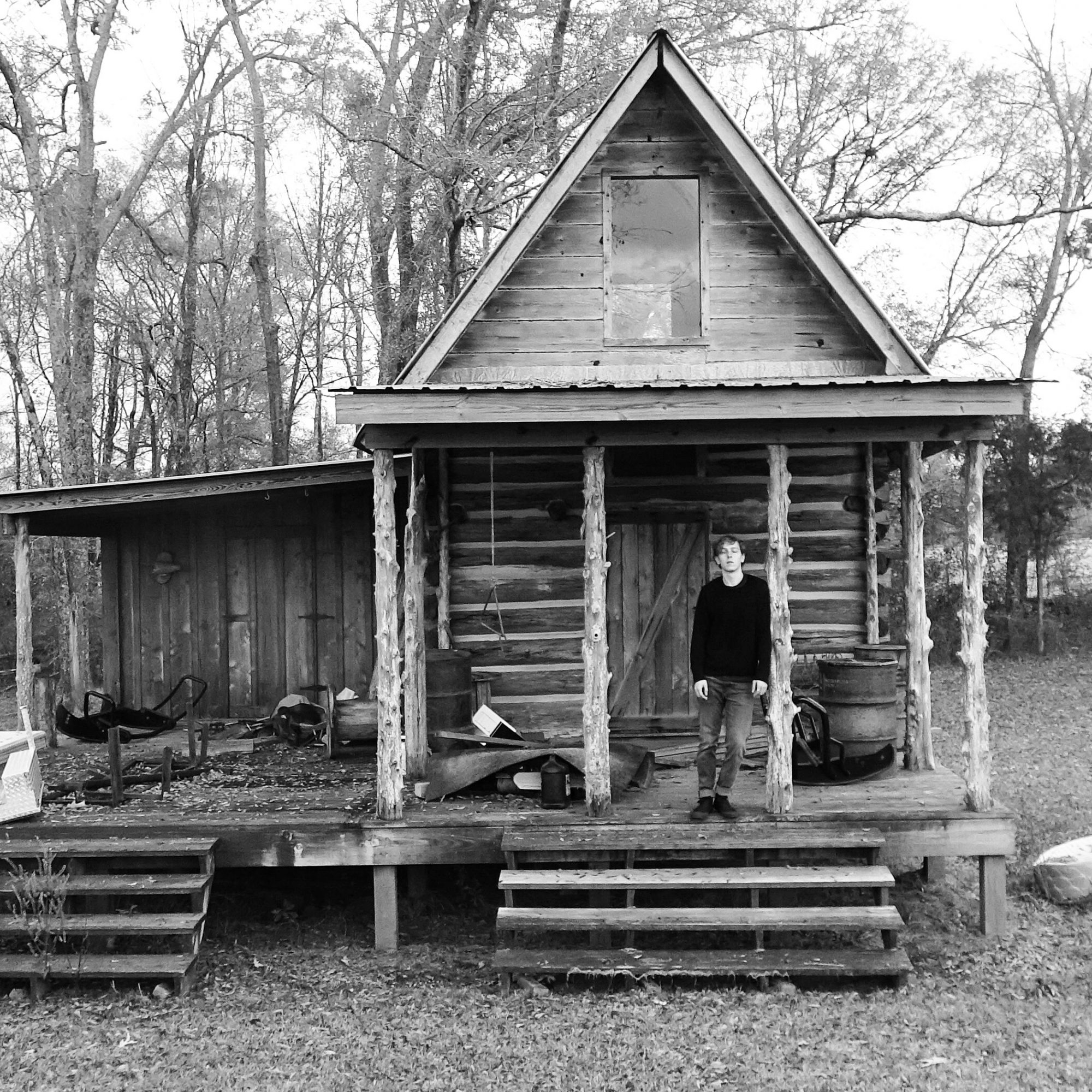 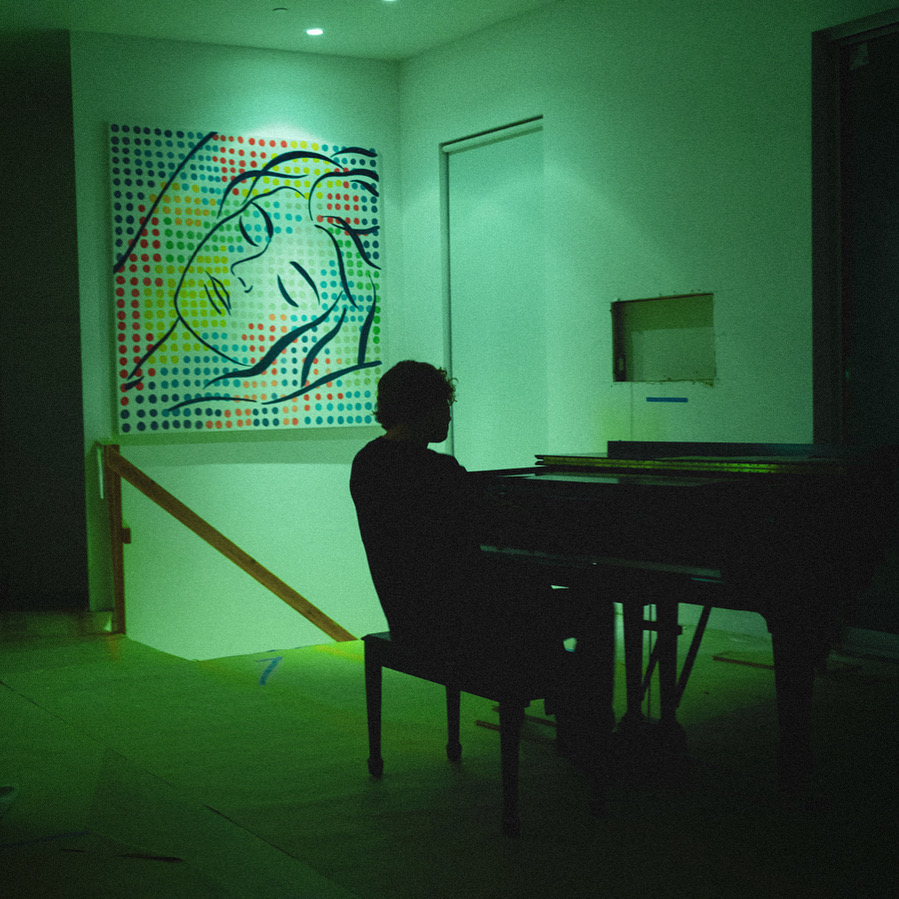 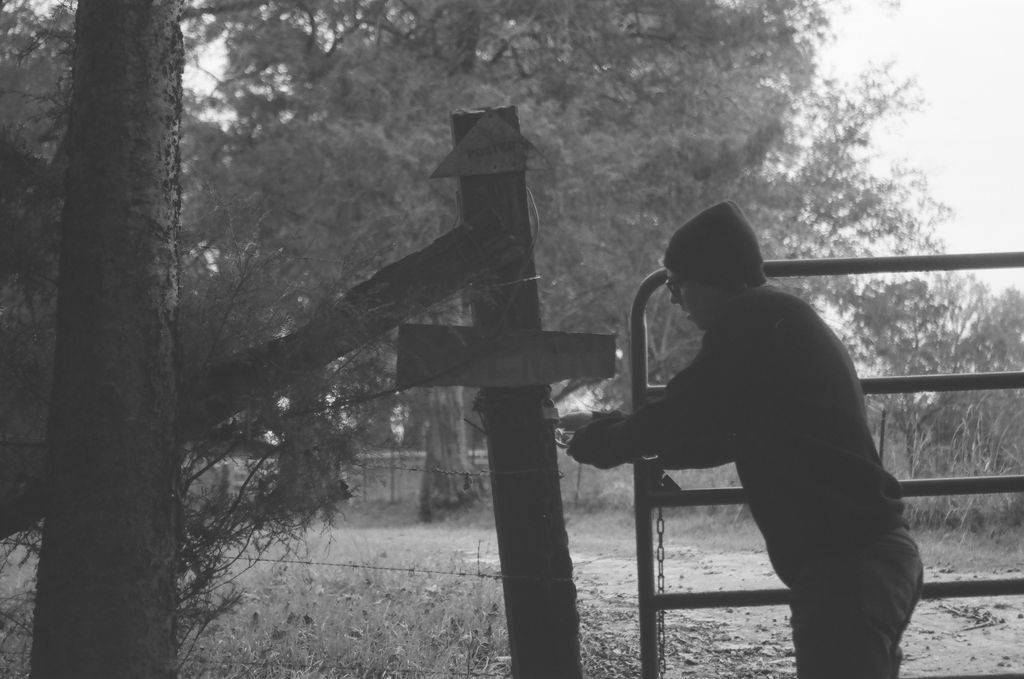 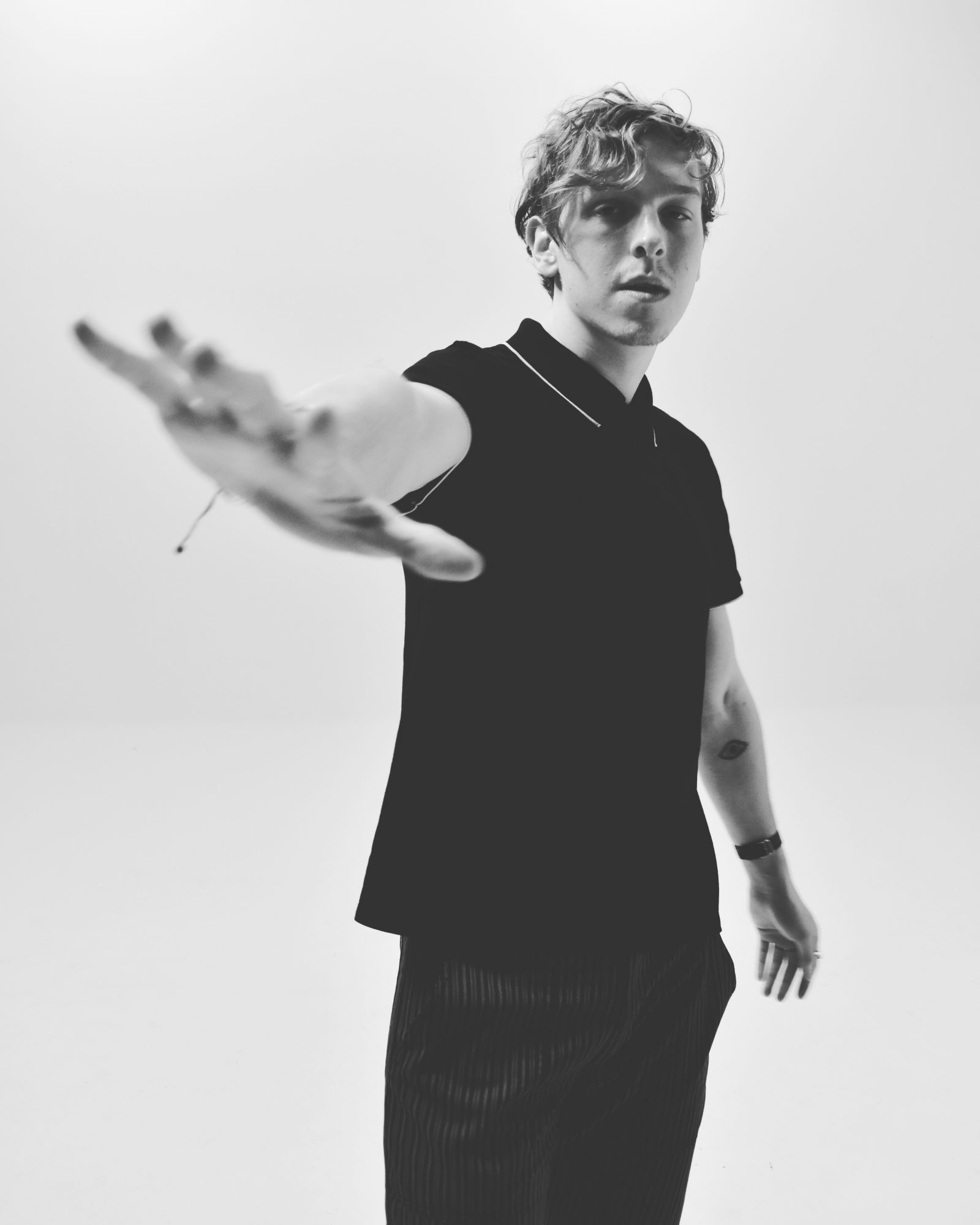 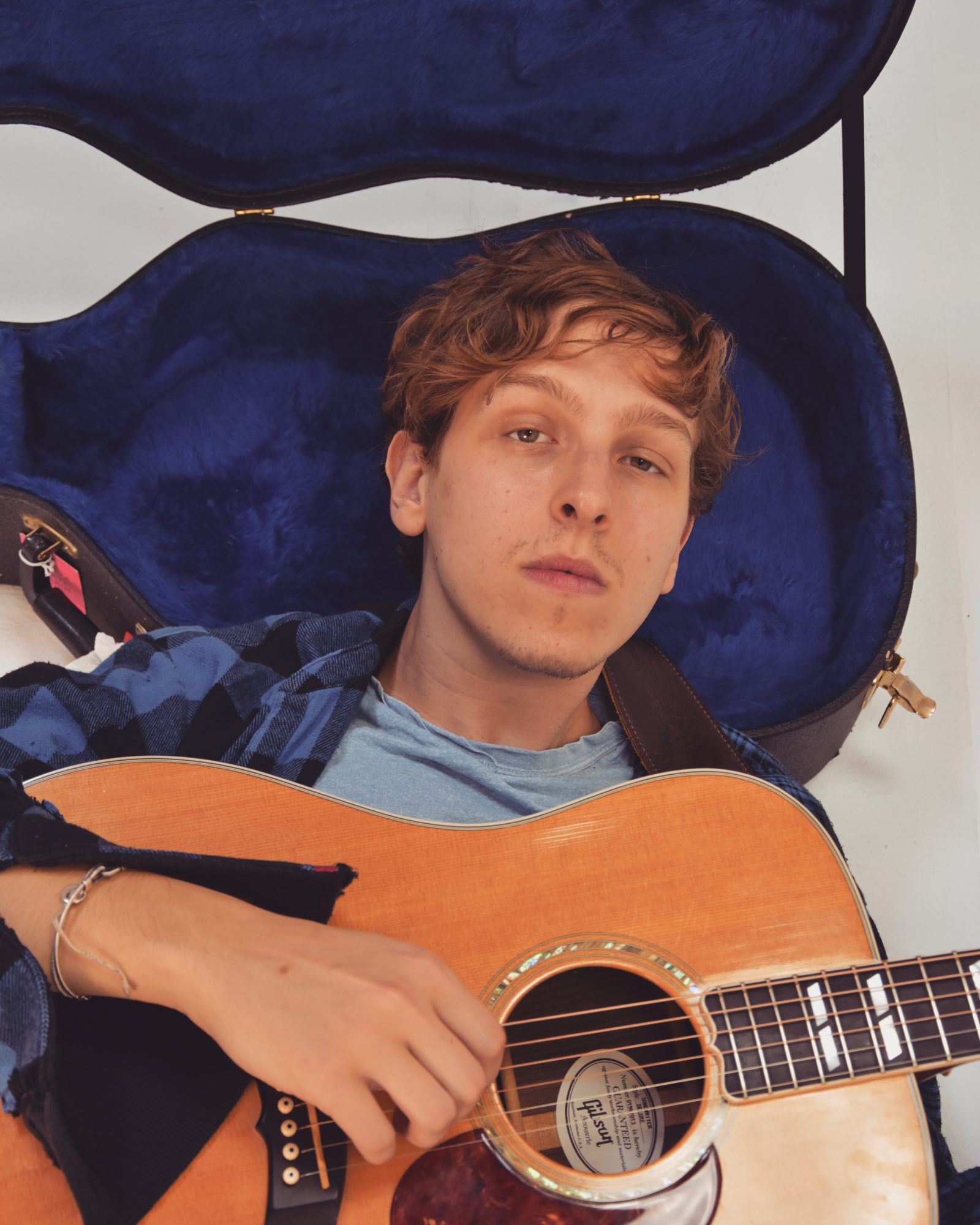 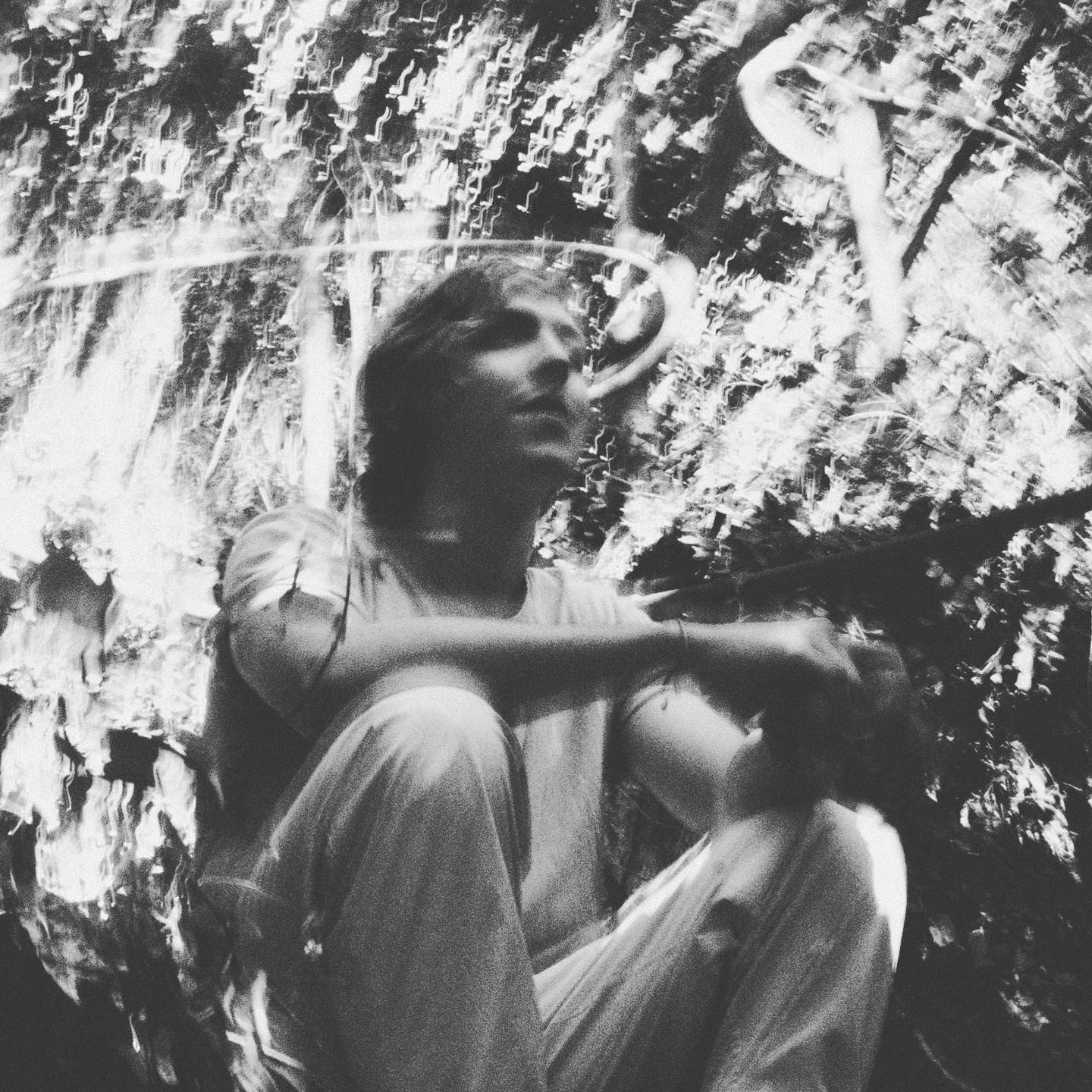 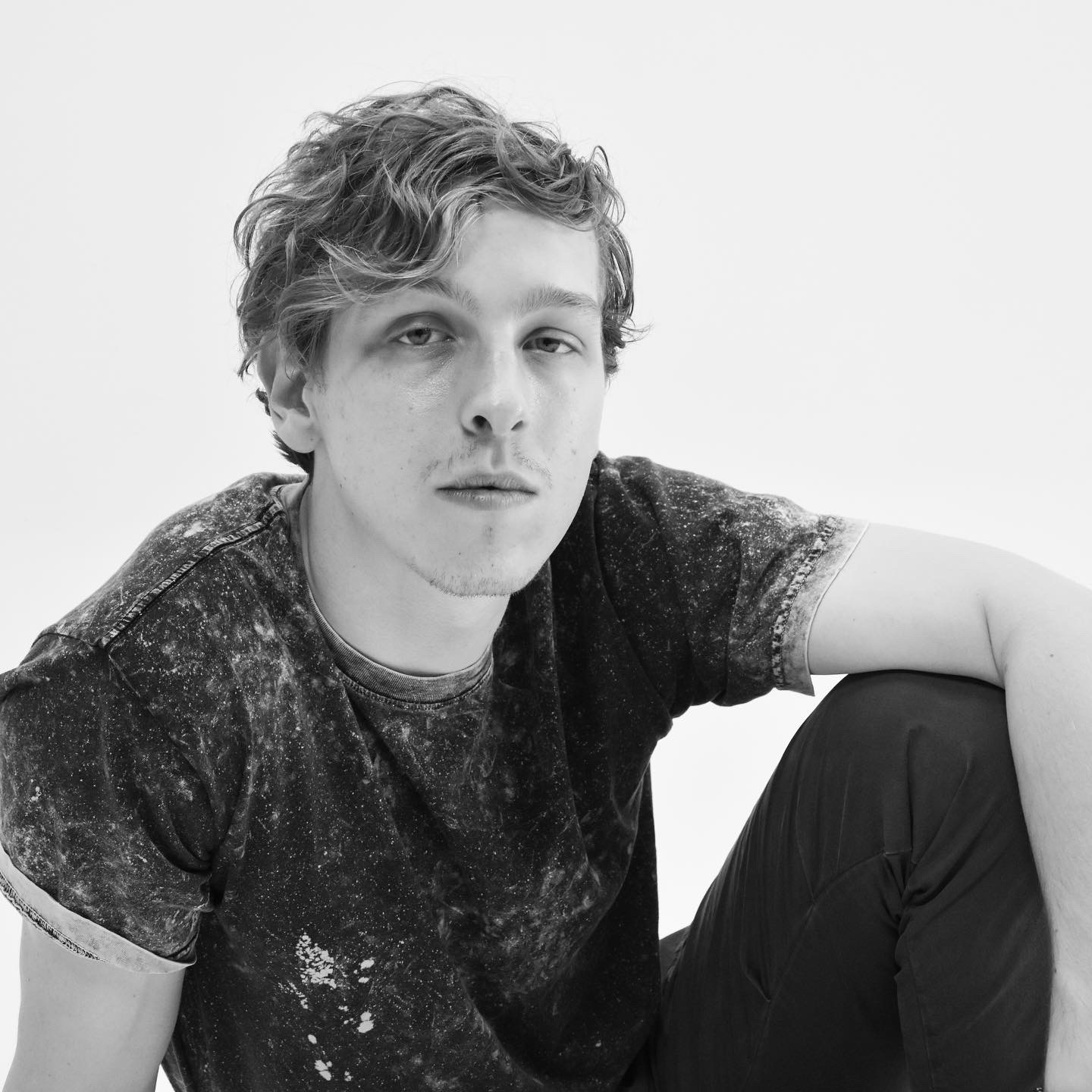 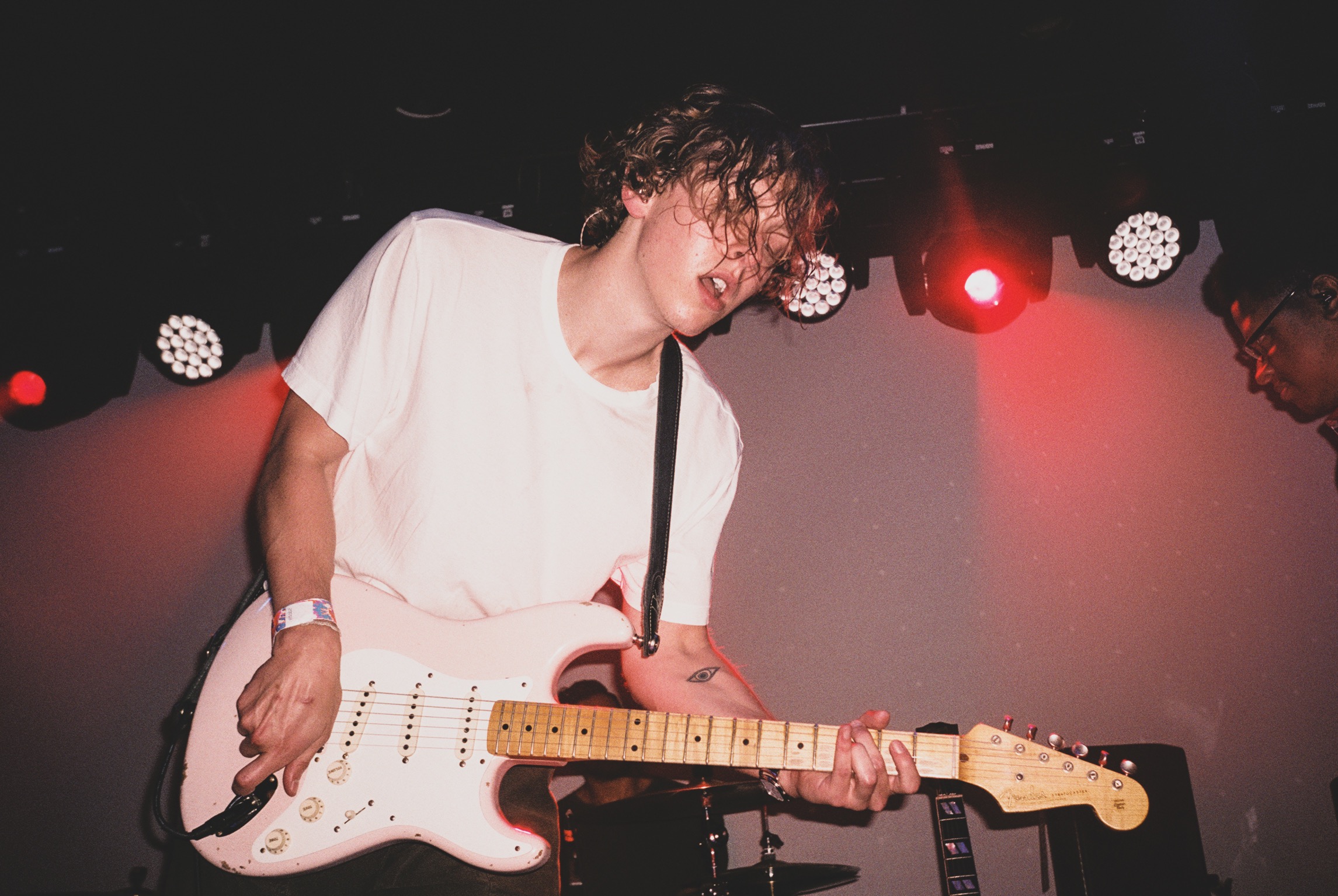