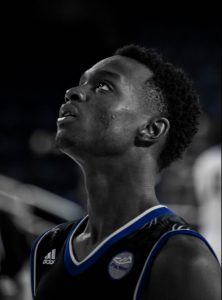 Today we’d like to introduce you to The Burbank Kid – Austin Pope.

Austin, can you briefly walk us through your story – how you started and how you got to where you are today.
The story starts in Burbank, California. Born and raised. My mom put the ball in my hands when I was three and I’ve been deeply in love ever since. Growing up in Burbank were not known for athletics, were the movie capital of the world. Most kids in bigger cities had great teams and leagues. Access to top-level competition, trainers and exposure. I played locally at the Burbank YMCA and Parks and Rec. Used to spend hours in my garage learning how to dribble pass and imagine myself in the NBA.

Built a buzz around myself in middle school in the valley and going into high school although Burbank has never had college basketball players flowing through the program. I gravitated towards my home school. Burbank High School. I had opportunities to go to a number of private schools but something about this city made me stay. Accomplished a lot on the court and most importantly apart from the best team in my school’s history. Although being recruited it wasn’t my calling to play college basketball after I graduated high school.

Took a chance and played at one of the top junior colleges in the country and that was in Coeur D Alene, Idaho North Idaho College. This was my coming out party as a basketball player. My team was top 10 nationally and I was ranked a top 10 junior college player in the country and #1 in my position. Hosted offers from Oklahoma St, Creighton, Wichita St, Oregon St, Utah, TCU, and about 10 more. I decided to go to Hawaii because they were on the rise. I had a great relationship with the head coach and about 4 of the returning starters. Due to transfer eligibility, I was deemed ineligible to play 2 seasons at the University of Hawaii and only allowed to play 1-year Division 1. After being overlooked my whole career this was a really devastating blow for me at this point in my career. My goal was to play in the NBA and one year in a D1 situation as a transfer I wasn’t quite sure if that was the smartest way. So, I put my pride aside and went to a D2 school right down the street from the University of Hawaii called Chaminade University. Biggest reasons were I got to play in the Maui Invitational and play against the big-time D1 schools that recruited me on ESPN with a bigger role to show I belonged.

In my two years there, I was 2 time all Pacwest selection, NewComer of the Year, tied my schools and conference record for consecutive double-doubles, 8 games with almost a triple-double, back to back tournament appearances first time in my coaches tenure, and top 15 in rebounding and assist.

Best part was beating Cal Berkeley in the Maui Invitational by 26 and putting up 14 points, 9 assists, and 7 rebounds. After that game, I had over 200 texts and notifications on my phone. My name was buzzing on Twitter, it was crazy to experience, to say the least. My college career was stamped by my consistency and winning at Chaminade and icing on the cake I walked across the stage with a degree in Psychology like I promised my mother and grandmother I would.

Signed to play professionally in Denmark for my rookie season and put up great numbers and helped my team to big-time wins. Averaged 18 points, 7 rebounds and 4 assists. Now, currently preparing myself for the NBA G League season in November and taking more steps to make it to my goal since I started in my garage in Burbank which is the NBA.

Great, so let’s dig a little deeper into the story – has it been an easy path overall and if not, what were the challenges you’ve had to overcome?
Definitely not smooth by any stretch. Being overlooked and under-appreciated hurts. It hurts especially when happens to you over and over again. Being under-recruited, to being over recruited with 20 offers. To then not being able to take those offers and go to a level lower. The road has been really really draining but I have faith in the man above and my work ethic that I can get past anything that anybody throws at me at this point in my career because I have seen it literally all.

What do you do, what do you specialize in, what are you known for, etc. What are you most proud of? What sets you apart from others?
My basketball game is very unique from what I’ve been told. I’m 6’5 I play Point Guard. I have a 6’10 wingspan. I pride myself on doing everything on the basketball court. Passing, scoring, rebounding, steals, blocks and leadership style that we are very serious but we have fun while we win. Very tactical approach to the game of basketball. I study it religiously. There’s not a player that I haven’t watched film on that’s played in the NBA. If I’m not playing basketball, I’m watching it and if I’m not, I’m talking about it. Its an obsession 100%,

This summer has been huge for me because my growth as a player is continuously growing. Watched a ton of film on myself and players that possess similar skill sets. Worked on all of my weaknesses and strengthen my strengths. Took up yoga this summer to gain a mental edge when I play as well as flexibility and mobility.

What moment in your career do you look back most fondly on?
Having my first camp this summer. I have done a lot of things from high school, college and professionally. Nothing can top that feeling of those kids at my camp. It was in the heart of Burbank the turn out was great and the kids made the camp the most special moment in my career so far. Seeing those kids and the parent’s faces of joy is something I can promise I will never forget. Growing up, that’s something I’ve always wanted to do and I feel our job as an athlete is to inspire the next generation and make sure it’s in good hands. 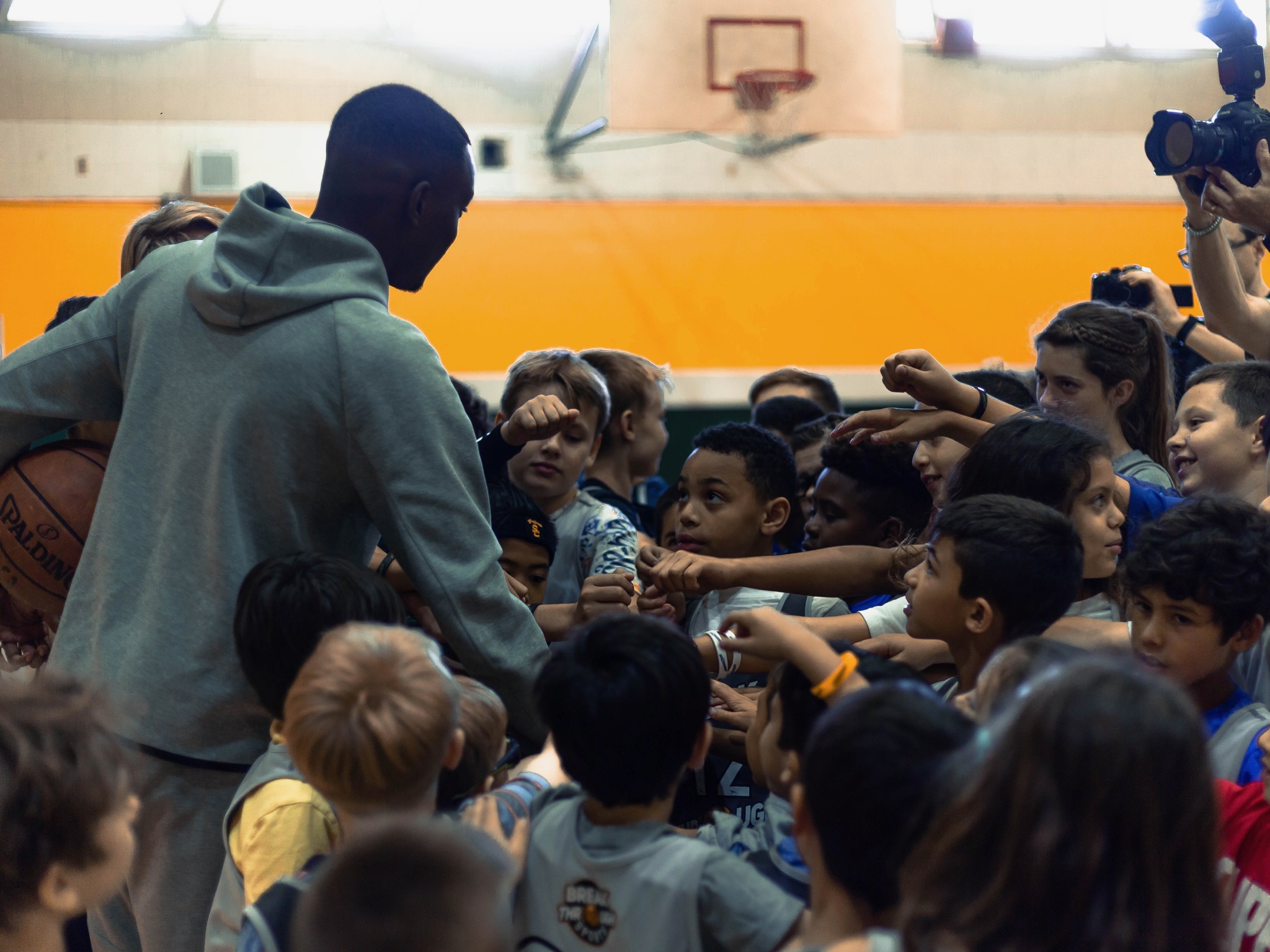 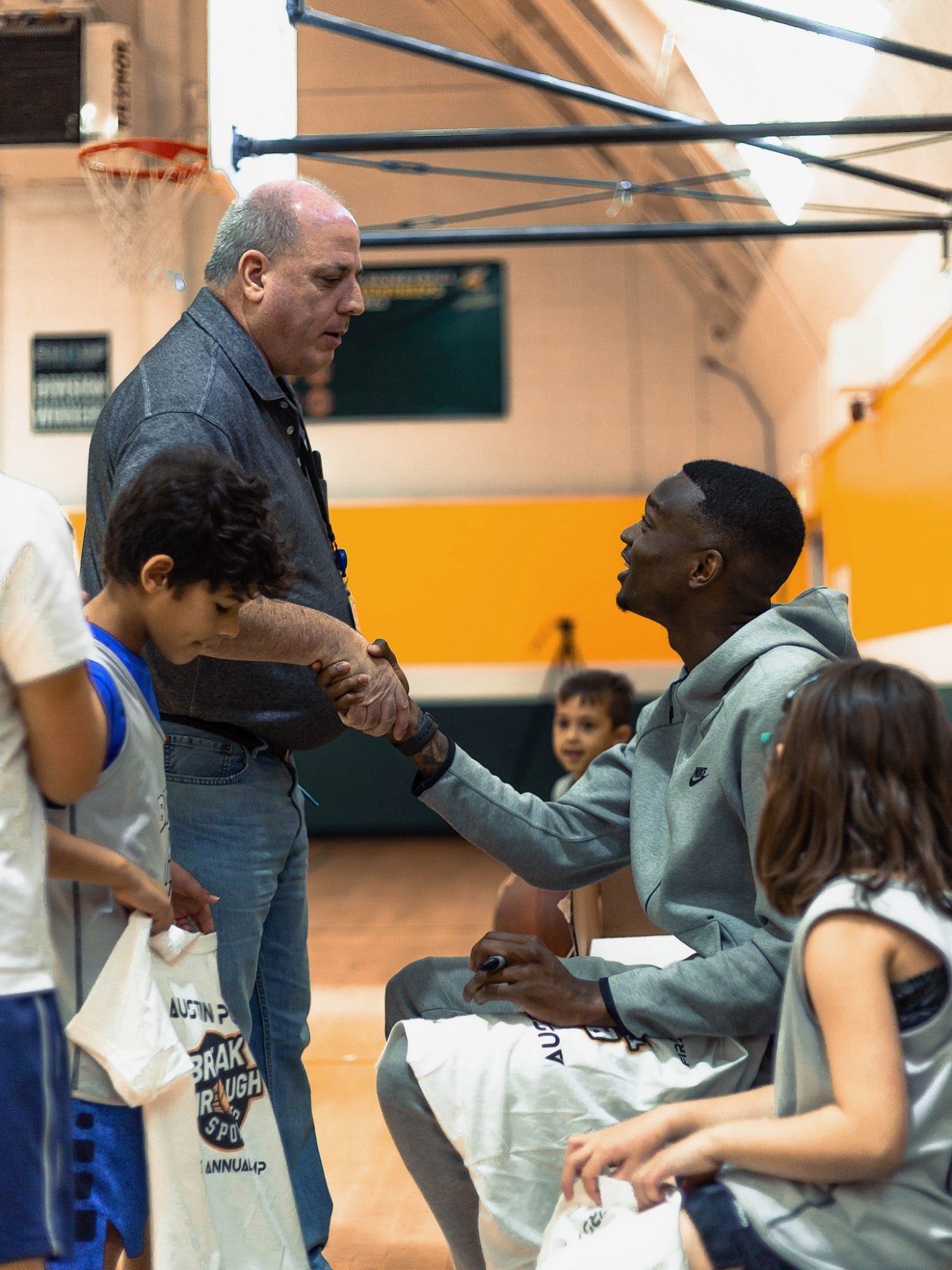 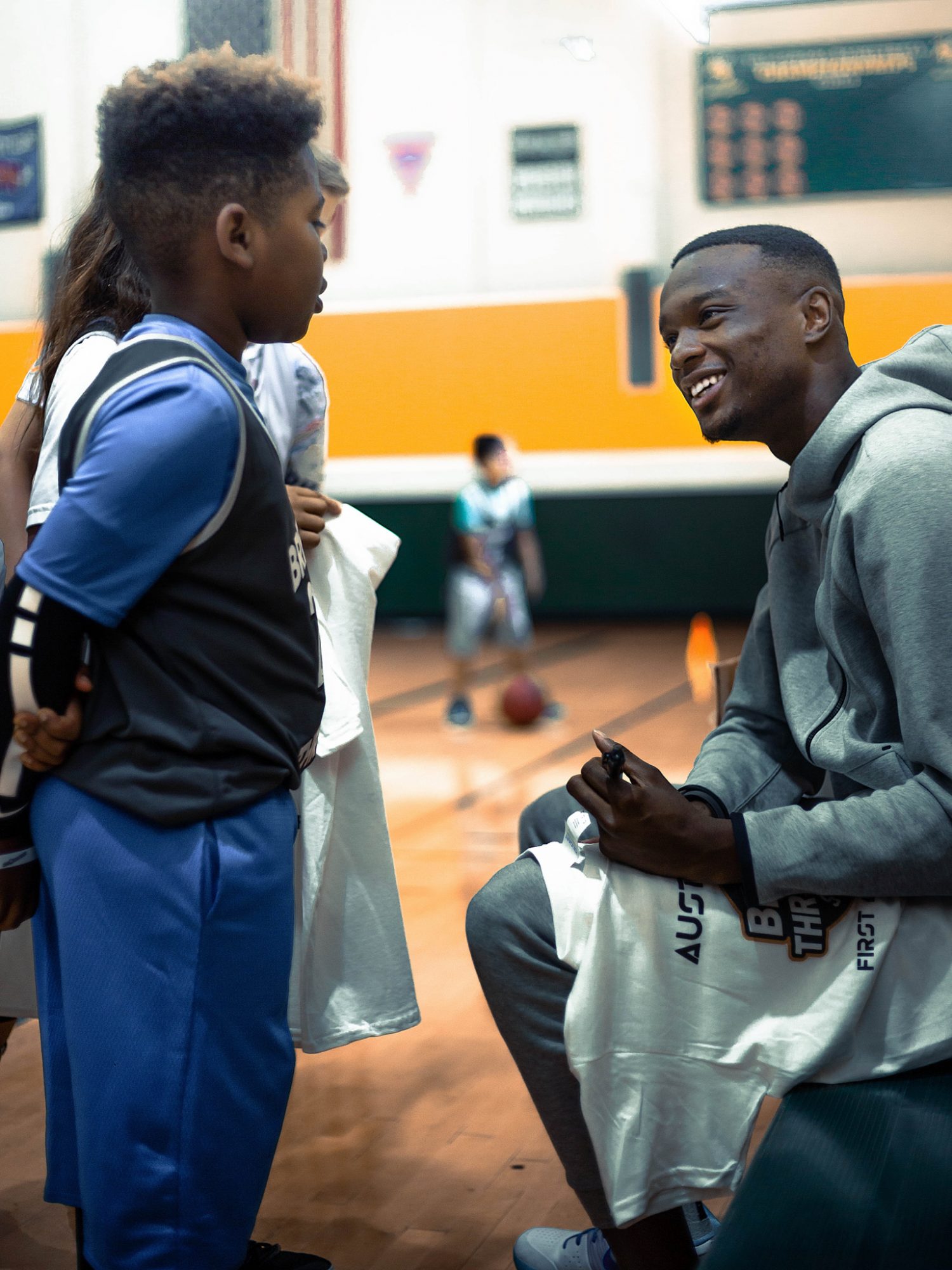 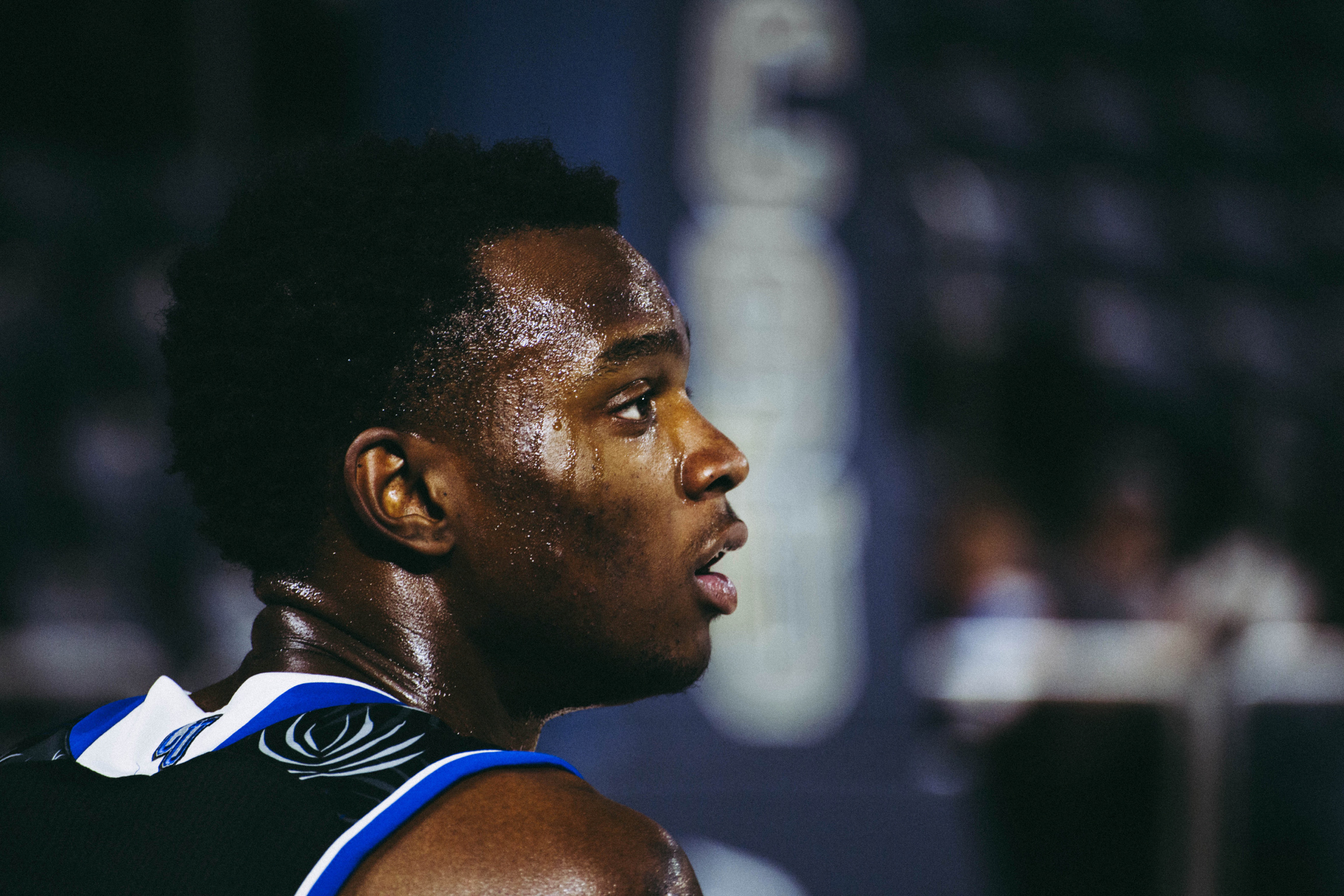 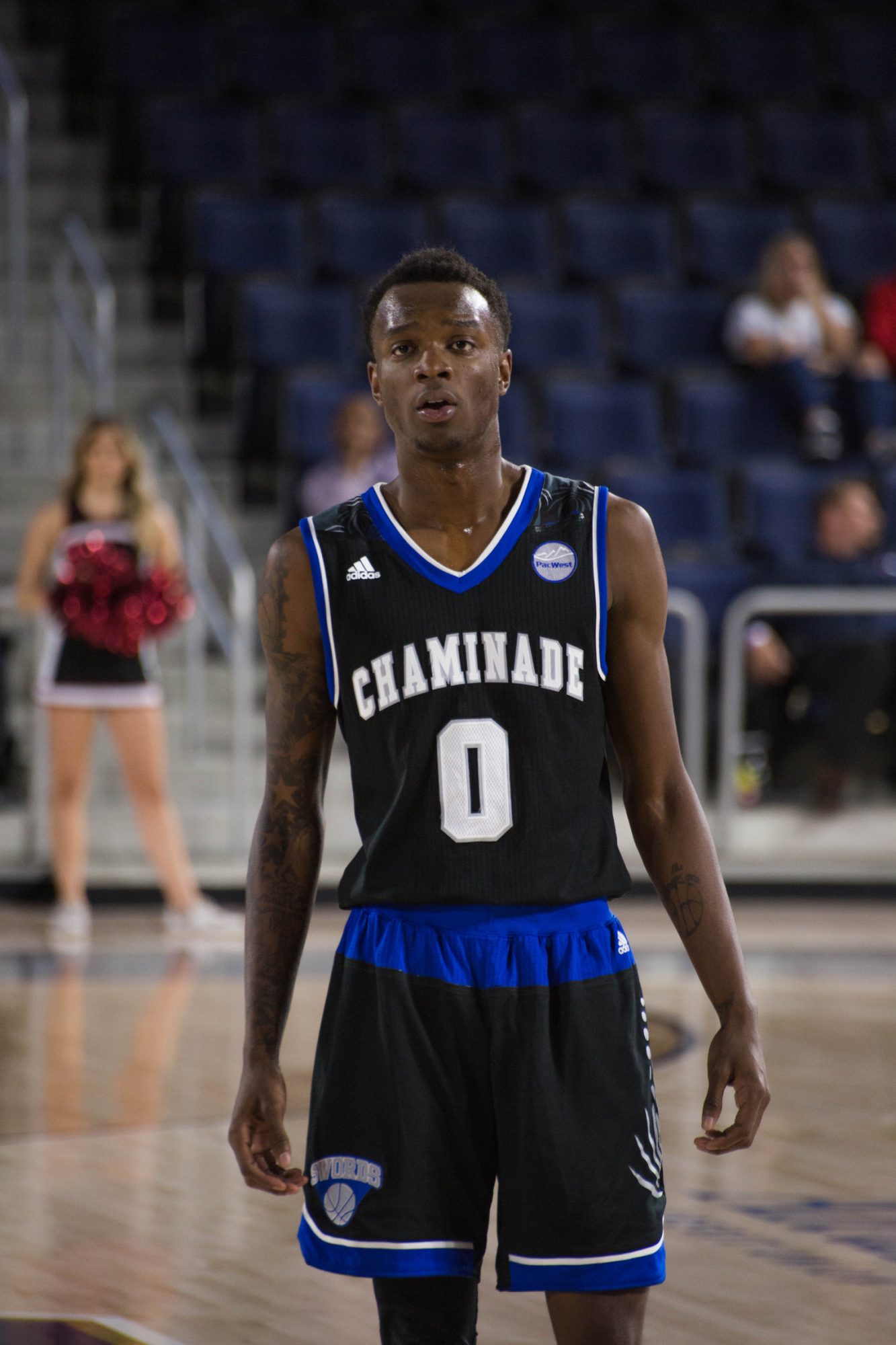 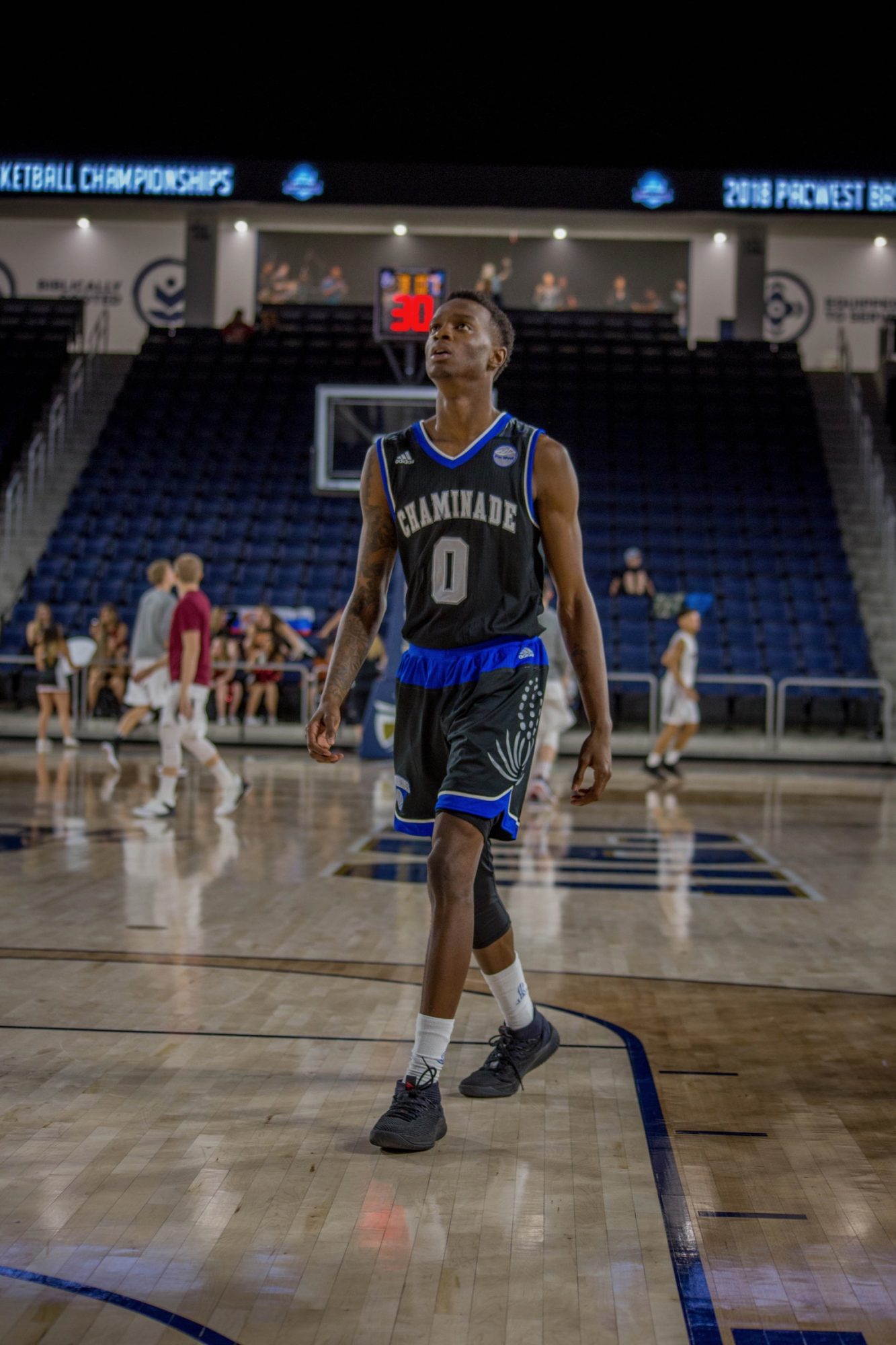 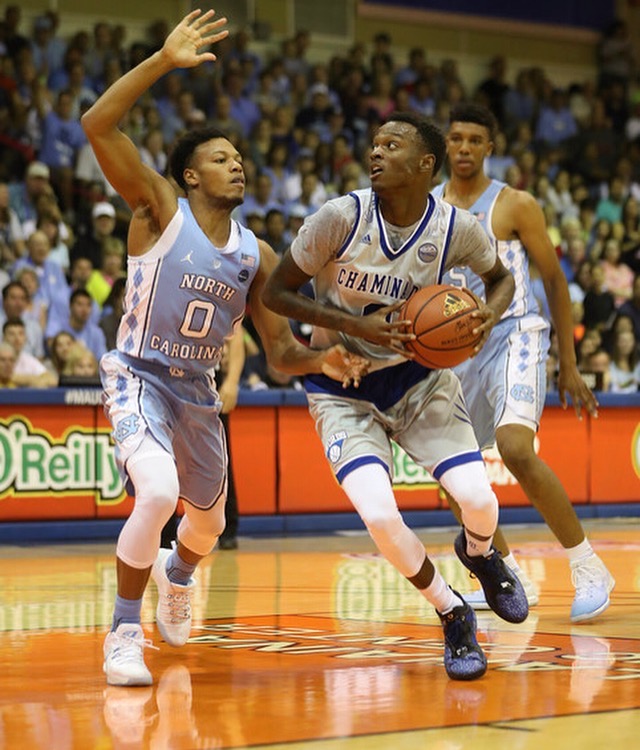