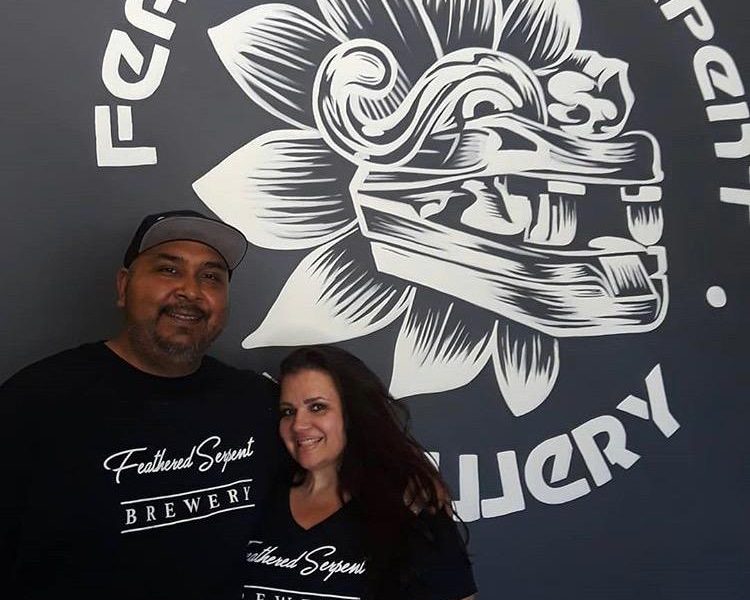 Today we’d like to introduce you to Aurelio Ramirez.

Thanks for sharing your story with us Aurelio. So, let’s start at the beginning and we can move on from there.
I got into craft beer kind of by accident. I had been to a couple of breweries before but didn’t know too much about craft beer. But then one day in December 2016, my fiancée, Tania Arata, her cousin, Eddie, and I went brewery hopping in Rancho Cucamonga. I remember saying to Eddie, “These are cool. It’s just a warehouse with a couple of tanks. I could build this.” Then he said, “Yeah, a lot of these guys start brewing in their garage, then they open up breweries.” I said, “Brew in a garage? You can brew beer at home?” This whole time I thought you had to be a Harvard scientist to make beer! So, I told Tania that we were going to open a brewery! I went home and started researching how to brew and how to open a brewery. Once I learned how beer was made, I was amazed and wanted to start brewing. I guess you could say I got into craft beer not because I was an expert brewer but because I wasn’t and I wanted to learn. My first homebrew was in March 2017.

Has it been a smooth road?
There’s been lots of struggles and obstacles. The same struggles as any other start-up business. One of the biggest is balancing our work life, brewery life, and personal life. We both (Tania and I) still have our regular full-time jobs. Getting the brewery up and running is a full-time job in itself, so trying to be at two places at once is a challenge.
We just had our one year anniversary, and five months out of that year have been during the COVID shut down. So that’s another huge challenge when you’re trying to build your brand.

So let’s switch gears a bit and go into the Feathered Serpent Brewery story. Tell us more about the business.
When I had the idea of the brewery, I didn’t just want to make great beer, I wanted to bring my Mexican/Chicano culture to craft beer and share it with others. In November we had a Day of the Dead event here at the brewery, We made an alter with marigold flowers. And we let people come put pictures of their loved ones up who have passed. That is something I want to celebrate annually. We’ve also had Chicano artists come and exhibit their art here. One of our regular artists is Gus Mejia. He’s a photographer and we’ve rotated some of his portraits up here are the brewery. I want this to be a place where Chicano culture is shared, whether its art, music, or beer. 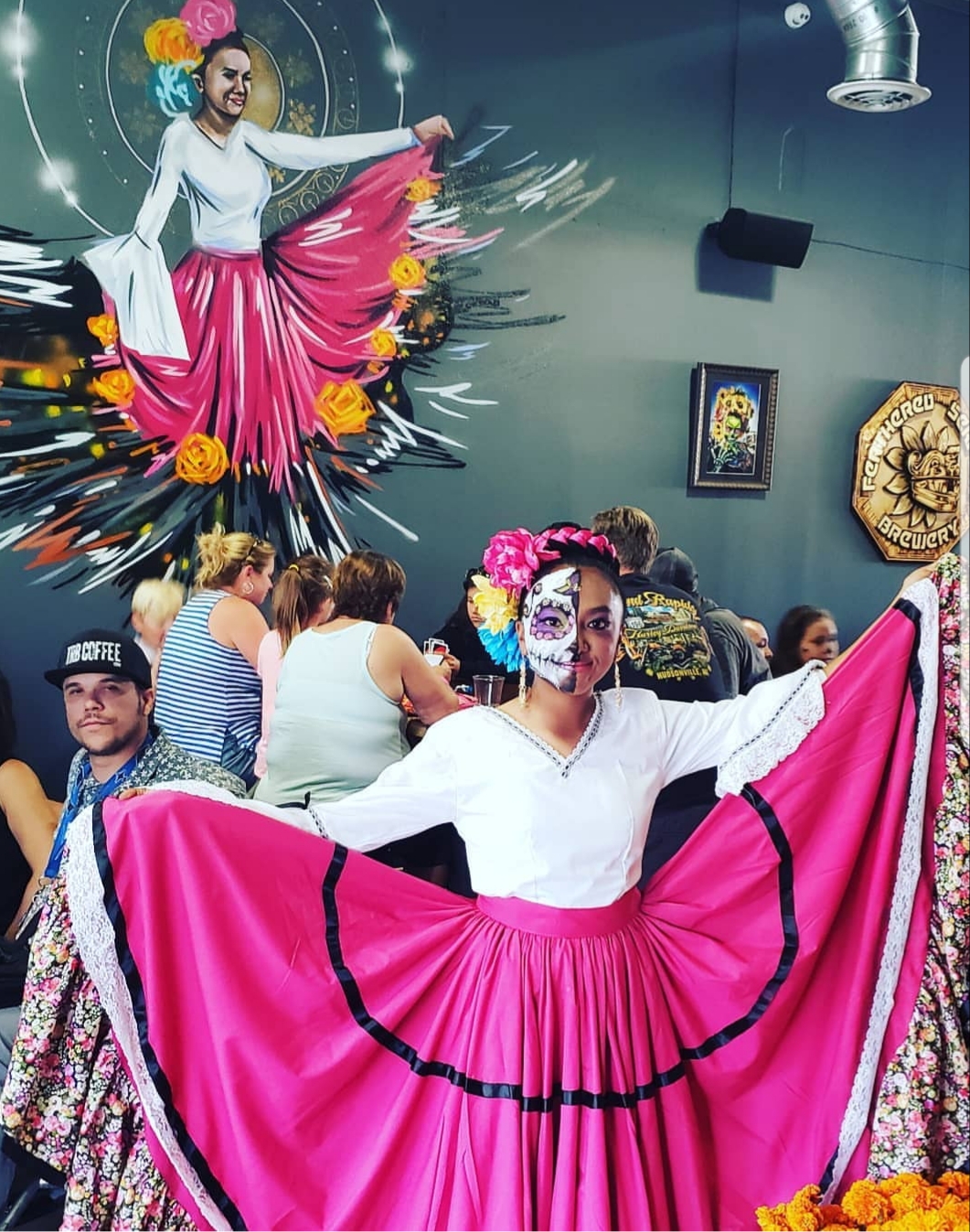