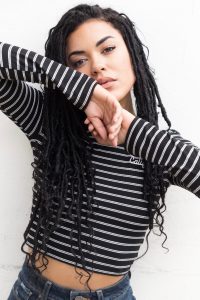 Today we’d like to introduce you to August Riley.

Hi August, so excited to have you with us today. What can you tell us about your story?
I was born in Seattle, Washington and moved to South Florida in the early 2000s. While living in Florida, I was a commercial actor and model throughout my childhood. Being in front of the camera is my first true love. I started college at the University of Central Florida from where I graduated with a Bachelor of Science in Political Science and a Bachelor of Arts with Honors in International and Global Studies. I was also a Spanish Language minor. While at UCF, I found my second love: the law. After graduating from the University of Central Florida, I moved to Los Angeles to attend The University of Southern California Gould School of Law in 2013. After graduating and passing the California bar exam in 2016, I started my first job at a law firm in downtown Los Angeles. Although I really love my job as an attorney, I realized that I missed the creativity and love that acting and writing brought me as a child/teenager. So, I started taking acting classes at night and working as an attorney during the day. Yes, it is exhausting as it sounds (haha) but both careers make my heart sing so I plan to do both as long as I have the space. I started my blog, Hello August, as a creative outlet for my writing. There I discuss fashion, politics, and my struggles (and triumphs!) of navigating my two careers while dealing with my chronic autoimmune illness: Hashimoto’s Disease.

We all face challenges, but looking back would you describe it as a relatively smooth road?
Getting where I am today certainly hasn’t been the smoothest road! There have been a few bumps and roadblocks along the way. The most difficult struggle has definitely been dealing with my Hashimoto’s diagnosis. In 2017, when I started acting again, I started feeling a lot of weird symptoms. The most noticeable one being pure exhaustion. I am someone who gets up very early in order to start my day but suddenly started sleeping through my alarm every morning. I ignored it for a few months, thinking I was simply over exerting myself trying to run to auditions and be an attorney at the same time. Then my hair started falling out, my back and joint pain had me crying on the floor, and a lot more embarrassing symptoms I’ll leave out…I ended up having to take disability leave from my job because no one could figure out what was wrong with me. Every doctor thought I was “just tired.” After a year of suffering, I was so fed up with getting no answers that I finally typed all of my symptoms into google and tah-dah! Hashi’s was the first thing that came up. I made an appointment with an endocrinologist to get tested and confirmed. I’m so glad that I finally know what is wrong with me. By changing my diet and making self-care a constant focus in order to eliminate inflammation and stress, I feel even better than I did before my Hashimoto’s symptoms were terrible.

As you know, we’re big fans of you and your work. For our readers who might not be as familiar what can you tell them about what you do?
Acting brings me pure joy. In the past few years, I have now shot commercials with Target, Havaiana’s, UberEats, Sweetgreen, and Amazon’s Ring, a few short films, and featured background work on HBO’s Insecure and Fast and Furious 9 (which hasn’t been released yet due to the pandemic). Right now, I’m focusing on studying the art of acting in order to move from commercial acting towards theatrical. Balancing lawyering and acting, with all the grace I could muster, has shown me that I can do literally anything that I want to. People laughed at me (in my face and behind my back) when I told them I was going to put myself out there again but I felt no shame then and feel no shame now. Taking this giant leap forced the fear right out of me. I’m not afraid to suck or fall flat on my face and that’s what makes me great.

As for Hello August: I’m currently working on my newest project, called DayDress, which will be launched on Hello August this Spring. DayDress is my love letter to my grandmother, Barbara Jean, who dressed me for church every Sunday in the most beautiful dresses, gloves, and hats…some of which she found in thrift stores all over Seattle. Watching my Nana get ready for church (playing in her high heels and getting swallowed up in her giant church hats) is where I fell in love with fashion, specifically, dresses of any style. I am incredibly proud of DayDress and I’m so excited for its launch.

Where we are in life is often partly because of others. Who/what else deserves credit for how your story turned out?
I owe absolutely everything to my dad. He is my biggest cheerleader and my first fan. When I got into USC, he told literally every single human being he encountered that month. He listened to me cry about how I couldn’t memorize all of the areas of California Criminal Procedure and I was SO SURE I’d fail the bar exam (….I didn’t). When I told him I wanted to act again but I was too scared, he gave me the pep talk I needed to send out emails to find representation. He asks about every audition and every case I’m involved in, even if he doesn’t fully understand the difference between ‘booked’ and ‘on avail’ or civil procedure. I owe my successes to him because he gives me a secure place to come home to with a win or a loss.

Honestly, I’m just constantly in awe of how much my dad loves me. It’s so pure. My dad is my inspiration in everything I do because he is unapologetically himself in every space he enters. He is the only person I know who says, “I don’t care what people think” and actually means it. He taught me that my Blackness is beautiful and, frankly, the standard for cool. He’s helped me unlearn a lot of unrealized self-hate I had internalized growing up in a predominately white space in the South. Being the only Black girl at the sleepover, on the cheerleading team, at the birthday party…made me really uncomfortable in my own skin. Due to racist comments and actions that happened in every space, I was in, I tried to hide a lot of myself just to survive high school and college. My dad is just Black out loud wherever he goes and I love him for it. 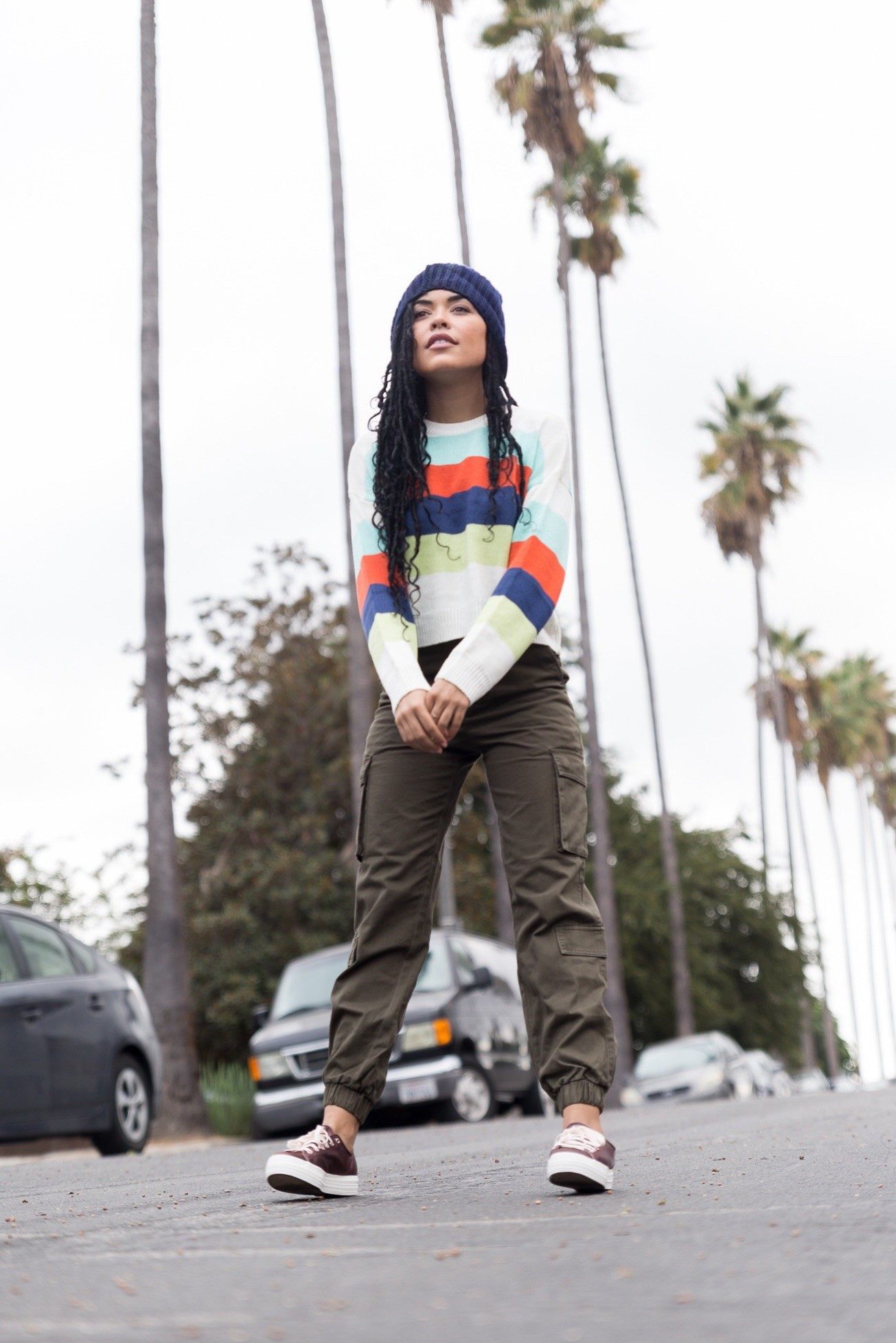 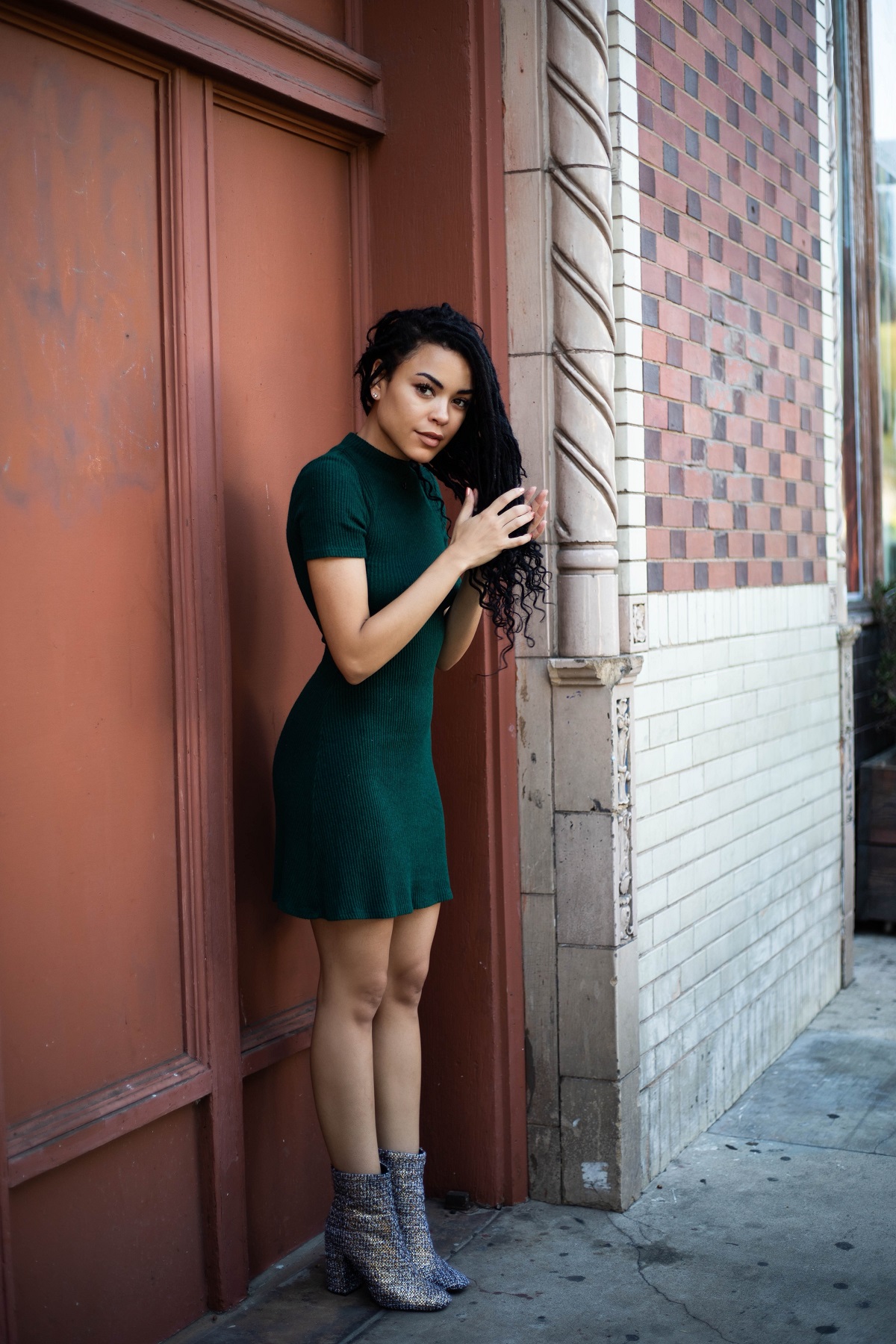 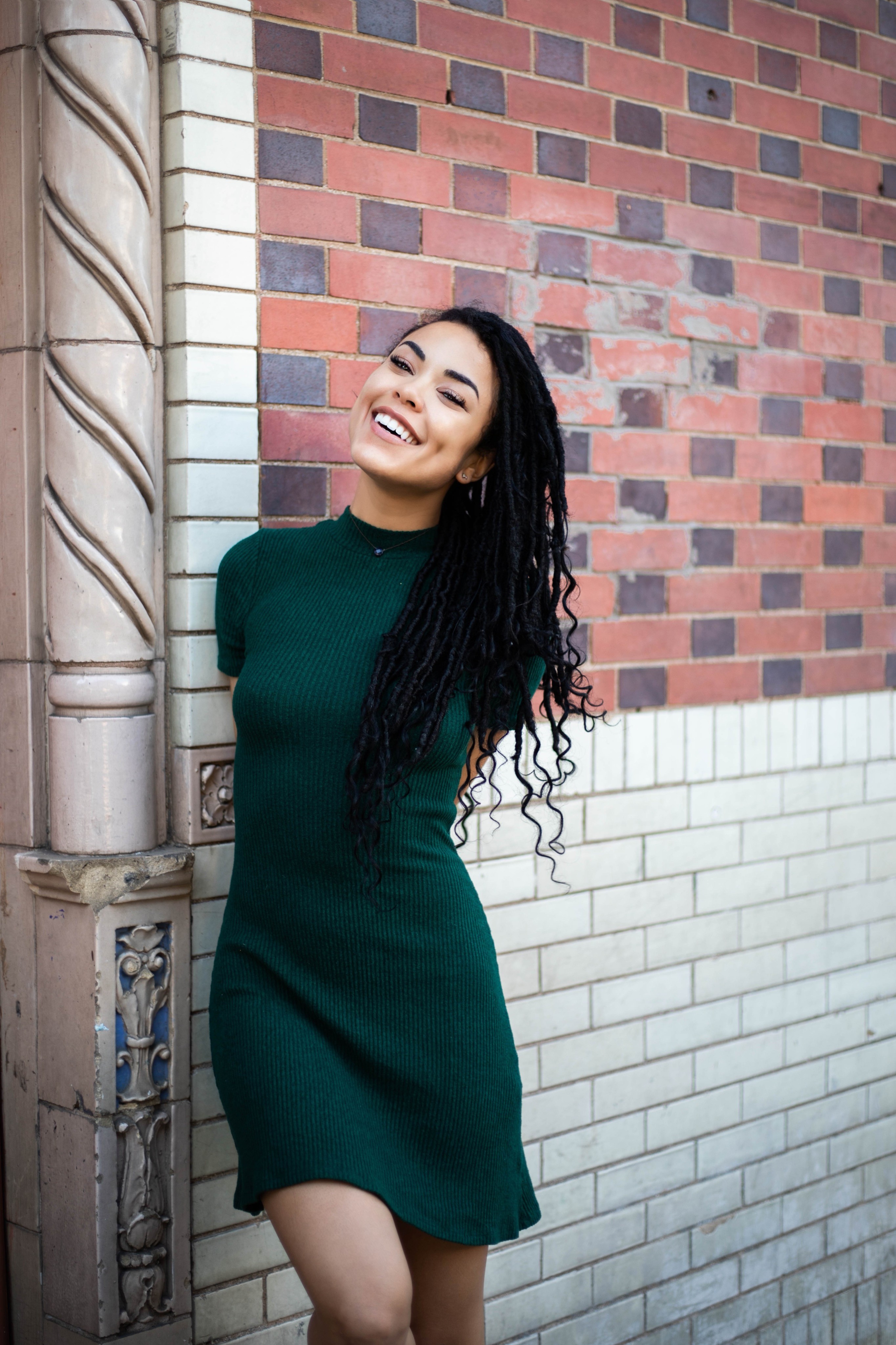 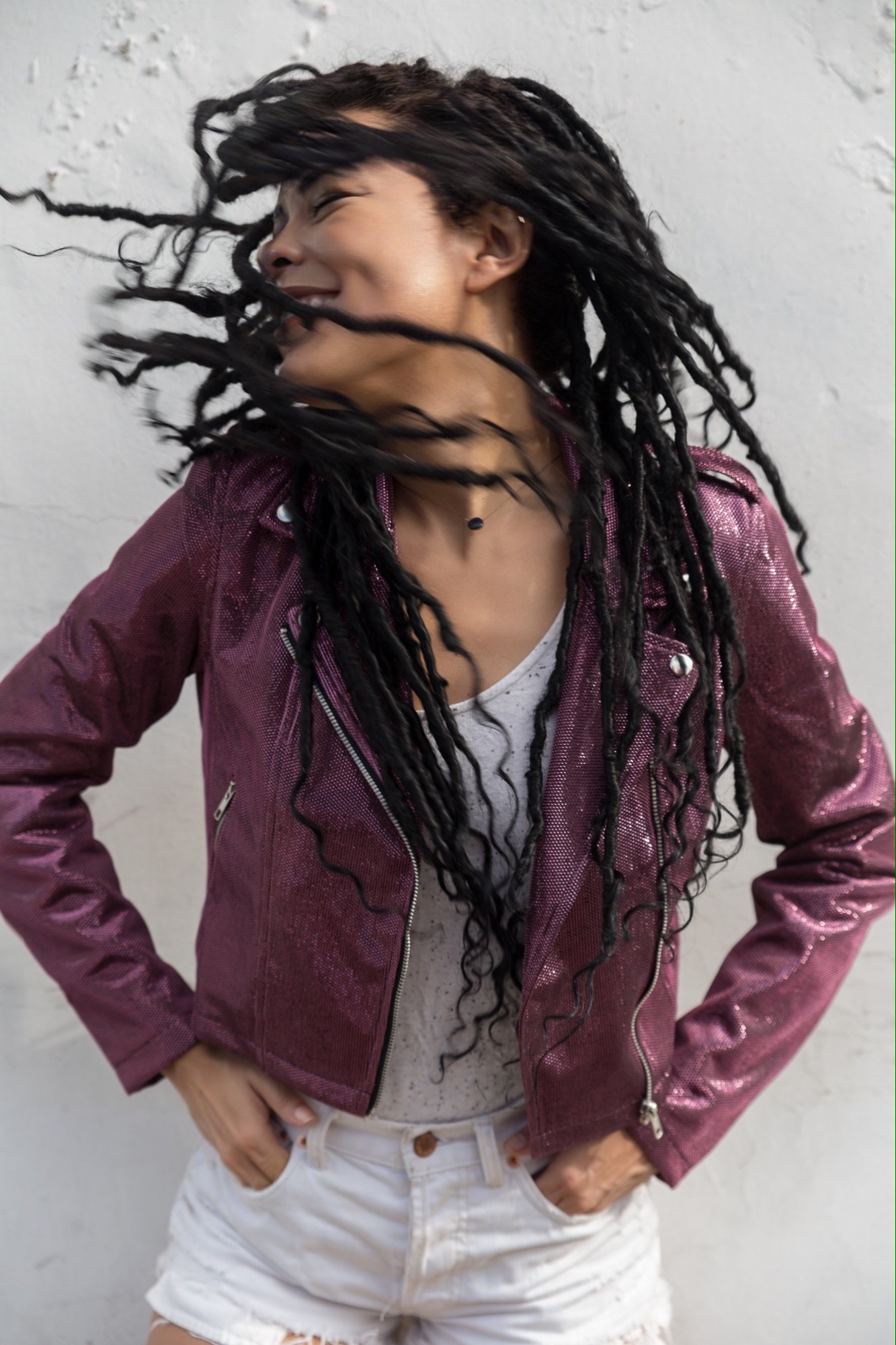 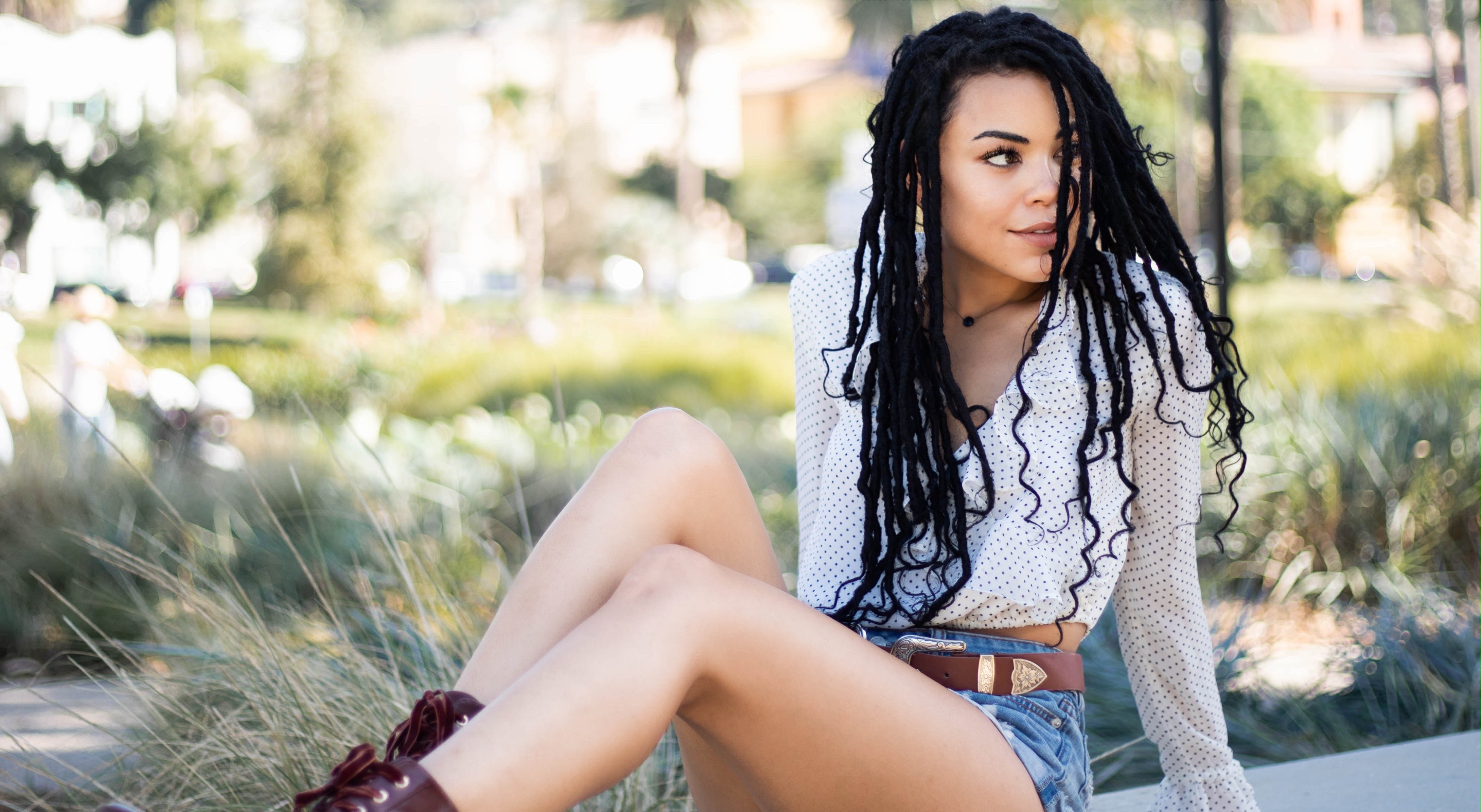