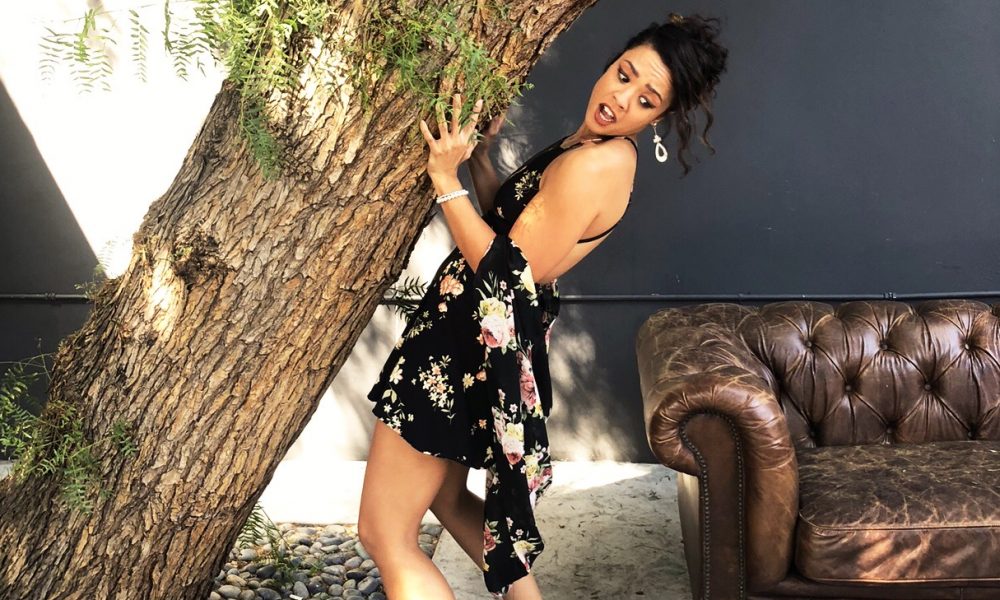 Today we’d like to introduce you to Asia Lynn Pitts.

Asia Lynn, can you briefly walk us through your story – how you started and how you got to where you are today.
When I was younger, I always dreamt of becoming a singer. I grew up in a very musically inclined family. Family parties almost always turned into a jam session. Most of my family members went off to pursue music including my father who decided to enter into the music entertainment industry on the business side, promoting concerts and seeking talent. Growing up in this environment, I was able to see the good and the bad of the music industry. The struggle and success. Even though I was the shy type naturally, music-filled my soul and I was transformed into someone new whenever I would perform. Unfortunately, after seeing my father’s struggles and the swindlers who took advantage of his kindness, I was immediately turned off and decided to not pursue my childhood dream of becoming a singer. It wasn’t until college that I dove back into the art pool.

As I was heading into my second year at the College of Southern Nevada, I decided to take “Introduction to Theatre” as an elective course. I was a Psych major at the time and figured it would benefit me as psychology plays an important role in the world of acting. Little did I know, that that class would be the pivotal change in an entirely new direction for me. My professor at the time, Jane Walsh, assigned us a midterm project of choosing out of a hat an Actor or Theatre to do a presentation on (preferably in PowerPoint) and present it in front of the class. I stuck my hand into that magical hat and was gifted with the amazing actress Helen Mirren. I was already a huge fan of the Dame and extremely excited to take on this project. However, PowerPoints always bore me… so I decided to take it to the next level. Growing up my brother and I used to put on little shows for the family. Mainly these shows consisted of the two of us doing impersonations of our favorite celebrities and movie scenes. Therefore, for my presentation on Dame Helen Mirren, I decided to inform the class about Dame Helen Mirren as Dame Helen Mirren. It didn’t hurt that I had a blonde wig on hand from my Halloween costume that year.

On the day of the presentation, I was extremely nervous. Every single classmate did exactly as instructed and presented their subject via PowerPoint. “Was I being too bold?” I wondered. I said oh what the h*ll and just went for it. The entire class including Mrs. Walsh were roaring with laughter. Mrs. Walsh or as I now call her Jane, pulled me aside after class and asked if I ever considered pursuing acting. After a lengthy discussion, she finally convinced me to audition for the next school play that she was directing, “Below The Belt” by Dennis Bush. I was able to muscle up the courage and I went to the audition. The main show that season, “The Women” by Clare Luce Boothe was also holding auditions that day and so I decided to audition for that as well. To my great surprise, I booked lead roles in both productions. After completing full runs of both shows, I finally felt like I found my true passion. I didn’t want to stop.

During the run of “Below the Belt”, we were lucky to have the playwright Dennis Bush there for one of the shows. Dennis pulled me to the side after and thanked me for my performance and informed me that I reminded him of an actress he wrote a solo play for called “Mouthy Bitch”. He told me that I had a true gift and I should seek out a Conservatory program to hone my craft. He suggested that I go to Circle in the Square Theatre School in NYC and audition for their Two-Year Intensive program. So, I did. Upon graduating the conservatory I received a call from Jane asking me if I would like to fly back home to perform in the Vegas and LA premiere of Dennis Bush’s solo play, “Mouthy Bitch”. So, I did.

During the shows run in the Hollywood Fringe Festival, I was approached after one of the performances by Andy McQuade, Artistic Director of Second Skin Theatre Company asking if I would be interested in performing in his an upcoming solo show, “The Horla” at the NoHo Fringe Festival set to premiere in the next couple of months. After reading the script I decided to take on my next big project. However, as I was driving back to Vegas upon completion of “Mouthy Bitch” I received a distressed call from Andy. His lead actress in his show in the Hollywood Fringe was unable to perform in the Encores and he needed a replacement. He asked if it was possible for me to take on the role. Which consisted of memorizing a 40-page script and three songs within 10 days. So, I did. Upon completion of the encore shows, Andy offered me a position as Producer and Company Member of Second Skin Theatre Company. I flew back to NYC in August to tie up loose ends and in September of 2016, I began my first full production with Second Skin in my next solo play, “The Horla”.

In February of 2017, I was given the worst news of my life, my mother was diagnosed with Terminal Cancer. She was my biggest fan and support throughout this pursuit. A couple of days before finding out, I was cast in “Thanksgiving”, a comedy about a dysfunctional families wild Thanksgiving dinner written by Tiffany Cascio which was scheduled to premiere in the 2017 Hollywood Fringe Festival that June. I informed my mother that I would be dropping out of the production so I could go back to Vegas and spend time with her but she insisted that I did not. I believe her exact words were, “Asia DO NOT do that, this is your dream and your life will not be halted on the account of mine. You will be able to come see me. Make it work!” So, I did. I worked Monday-Friday mornings serving, went to rehearsals in the evenings, and left Friday evening after rehearsal to drive to Vegas to spend the weekend with my mother. I did this every week until… Memorial Day of 2017 when she passed away. Needless to say, my world turned upside down. But I knew my mother was at rest and no longer in pain and she would have wanted me to stay strong and continue my pursuit.

With the support of family, friends, and the Thanksgiving team, I was able to grieve my mother’s passing and continue to work. “Thanksgiving,” that year won a total of three awards and got extended for seven extra shows. My mother would have wanted me to carry on and continue to make her proud from beyond. So, I did and I still continue to do so. She is and will always be my guiding light. Since then, I have had lead roles in several award-winning plays and snagged our first Hollywood Fringe Freak Award for Best Comedy this year. After moving here three years ago, I have been fortunate to have been given the opportunity to perform in multiple award-winning theatrical productions.

This year, I decided to make the transition into Television and Film. I started my own production company, The Ugly Truth Productions. I created my first short film, “Fame Banger” for the 2019 Collaboration Filmmakers Challenge in LA. In which I not only wrote but was crazy enough to star in, produce and direct. I will be releasing the director’s cut by the new year and will begin to submit the film to more festivals. You can catch me in several music videos as a leading lady and short films. I have been a guest star in several TV/Web series and I am currently in production of my own Web series entitled “Brunette Girls Club-#BGC”. Which will be filmed and released in 2020. The artistic road on which I have been traveling has had many bumps and I sometimes lose my way. But my passion, drive, and ability to endure has lead me to where I am today. In which I have my mother to thank. I will continue to work hard to make my mother proud and I have high hopes for my future.

Overall, has it been relatively smooth? If not, what were some of the struggles along the way?
Losing my mother definitely turned my world upside down and to add to the trauma, I also struggled to keep a survival job due to my fluctuating rehearsal schedules. You would think that employers in Los Angeles would be flexible and understanding but I’ve found that it’s the exact opposite and turned out to be a constant battle. It is also incredibly hard to find affordable housing in LA, therefore, I spent a long time couch surfing and in shared housing. Which lack of privacy added to the stress.

The Ugly Productions – what should we know? What do you do best? What sets you apart from the competition?
My long term goal is to establish a Theatre/Film production company and eventually open my very own theatre. The theme of The Ugly Truth Productions is to shine a light on the uglier side of humanity and the cause and effect of our actions that can be damaging to each other and our planet as a whole.

What is “success” or “successful” for you?
My success is measured on a few different questions I consistently ask myself to ensure it is obtained.
1. Career- What kind of work am I putting out into the world? Does it shed a light on social and economic issues and influence change in a positive way?
2. Family- Am I creating a legacy that myself and my family can be proud of?
3. Love- Am I successfully balancing work and mutually fulfilling relationships with important people in my life.
4. Finance- Am I in a position to not only live a comfortable life but also have the means to create quality work? Do I like my job? What steps do I need to take to create a stable flow of income-based solely on my artistic endeavors?
5. Self-care- Am I finding happiness outside of my career? What are you doing to take care of you? 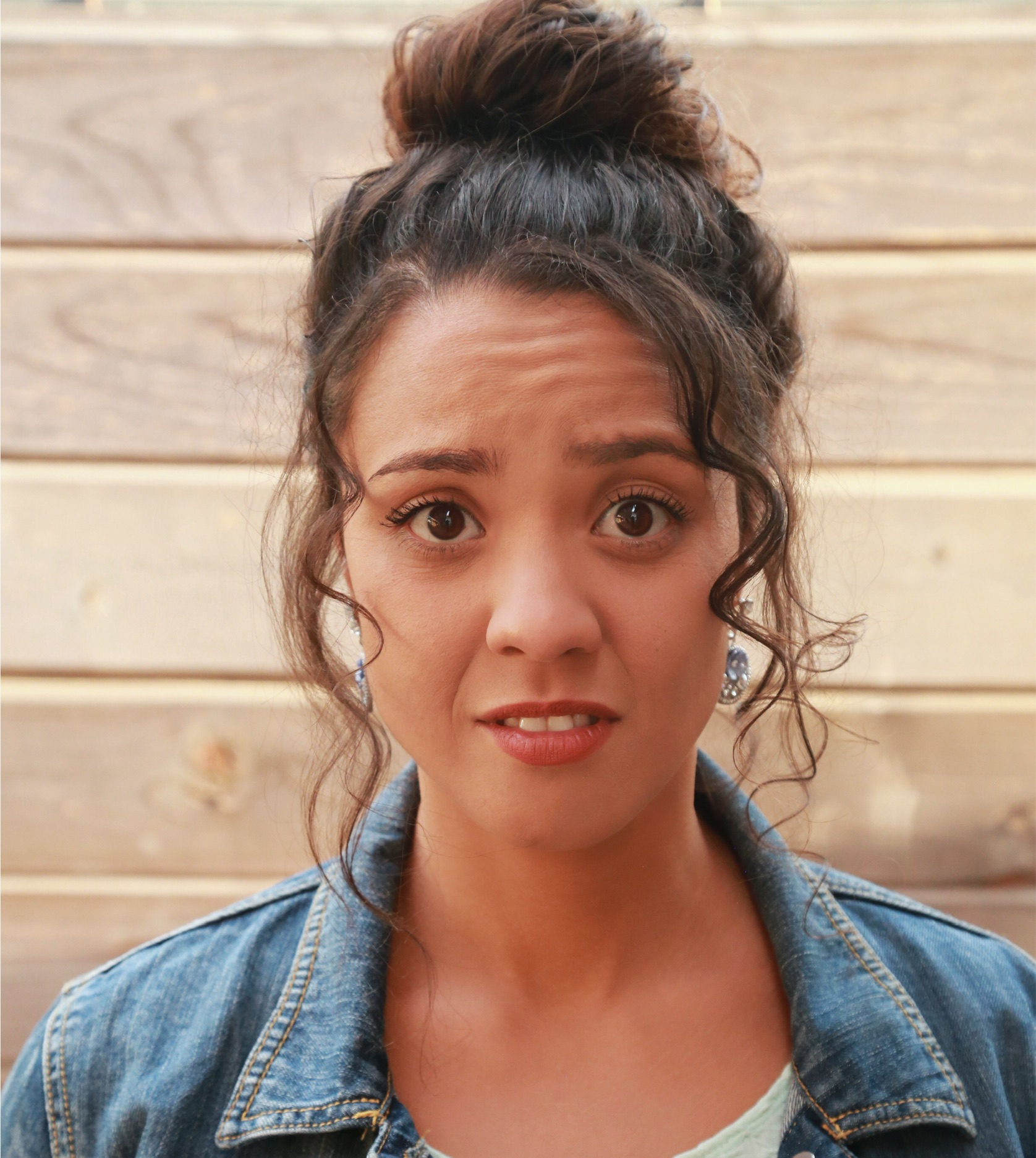 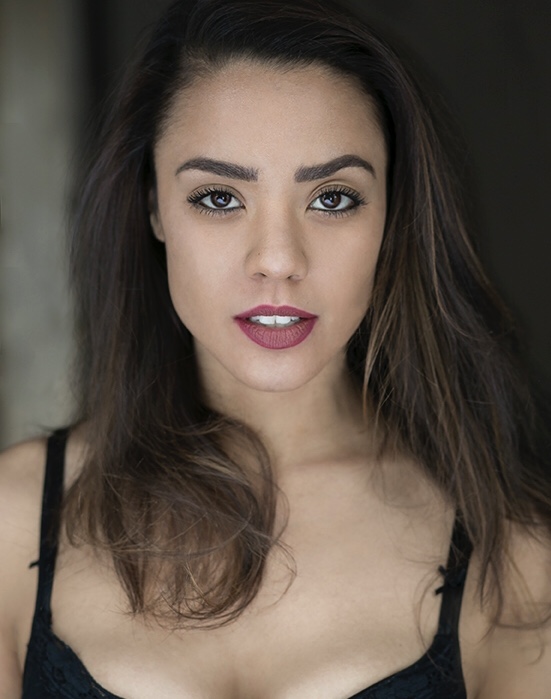 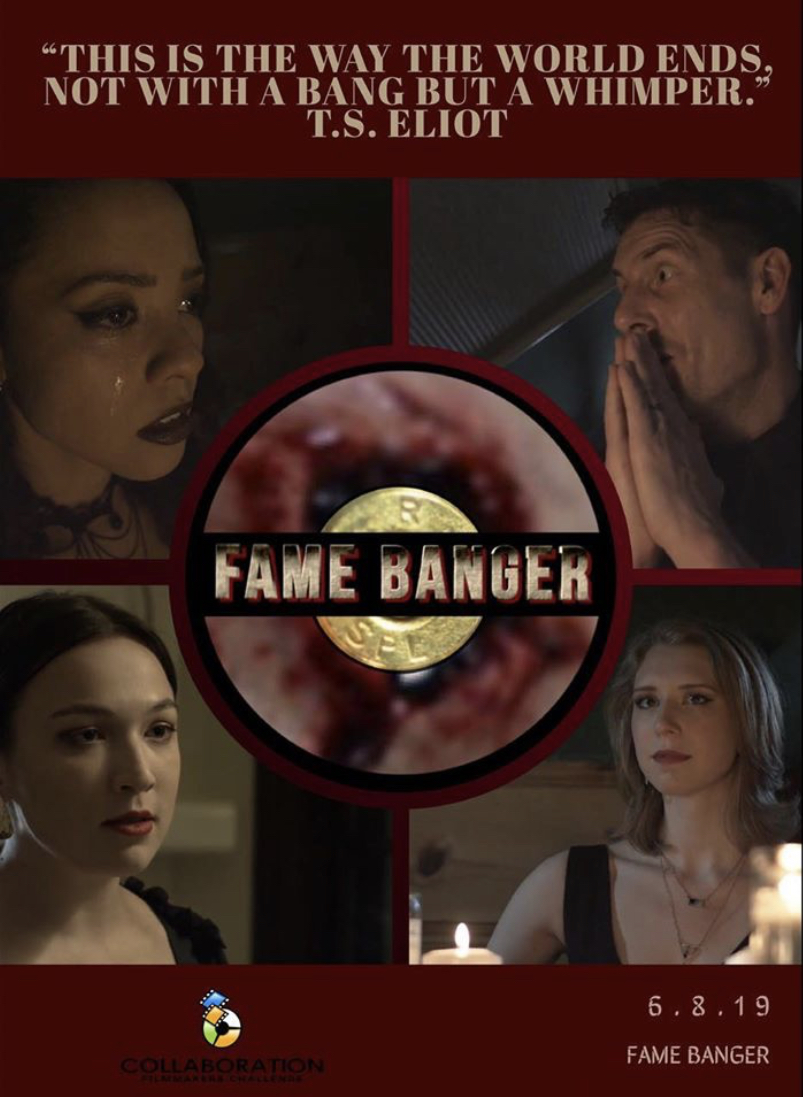 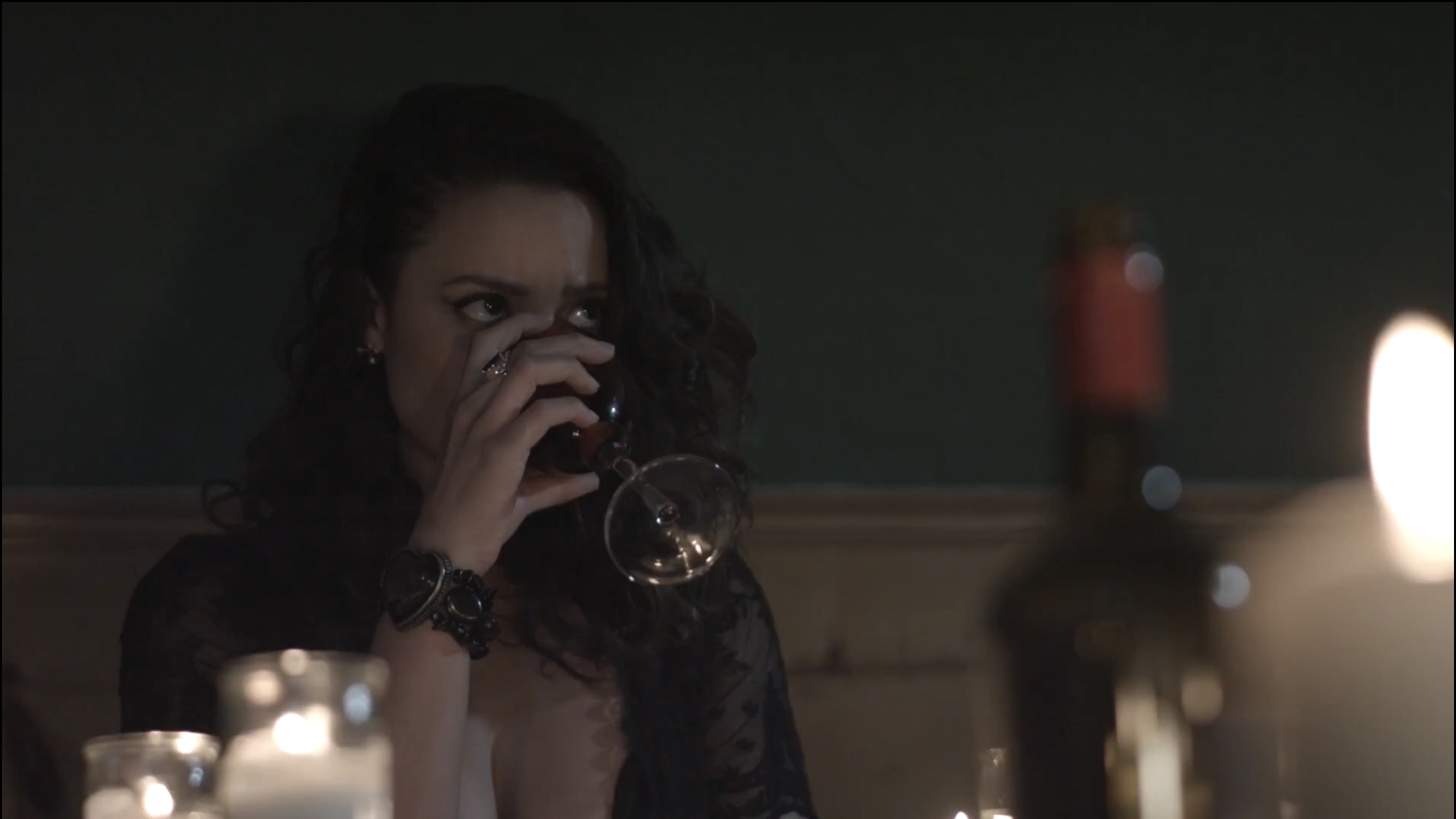 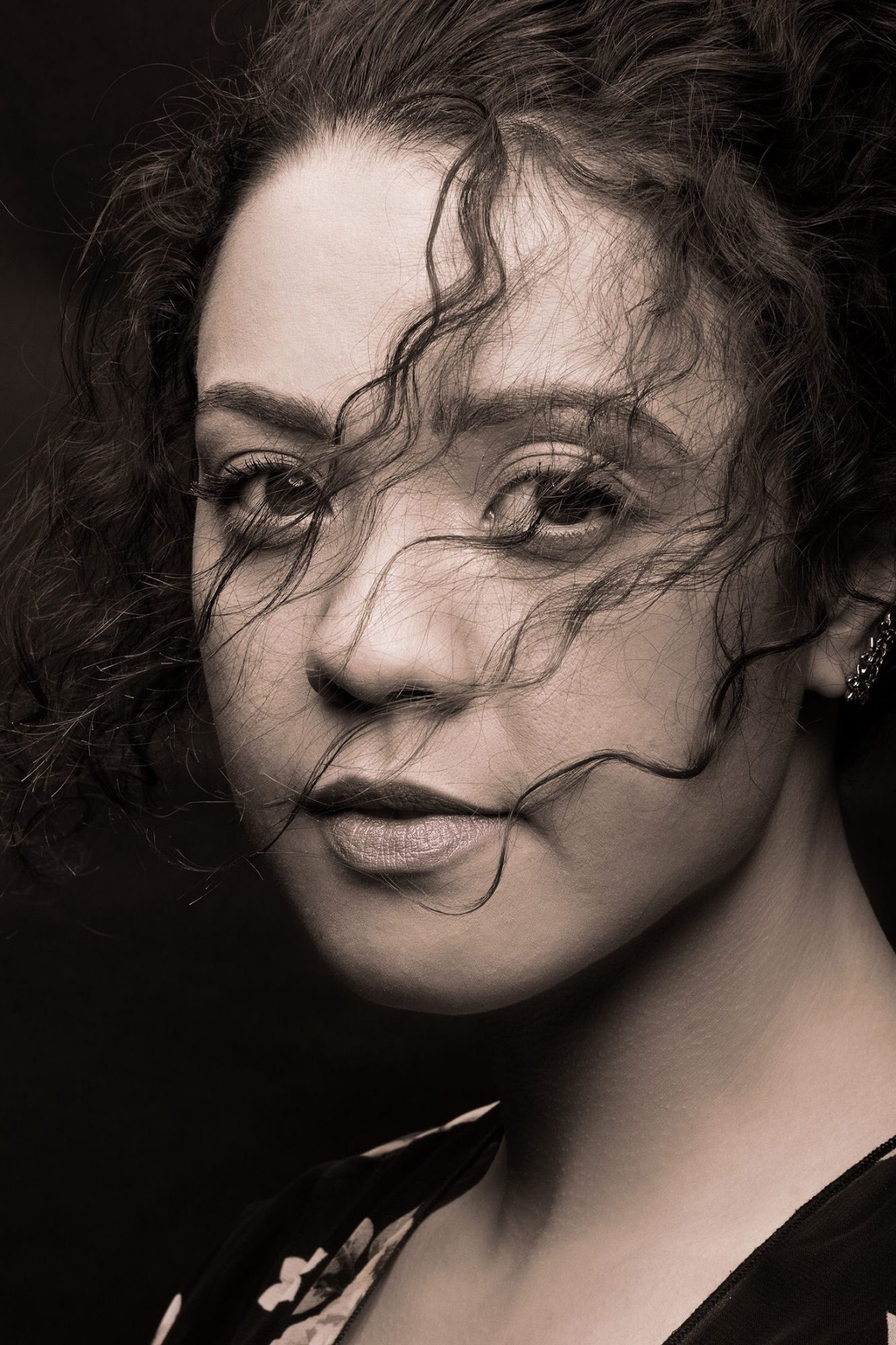 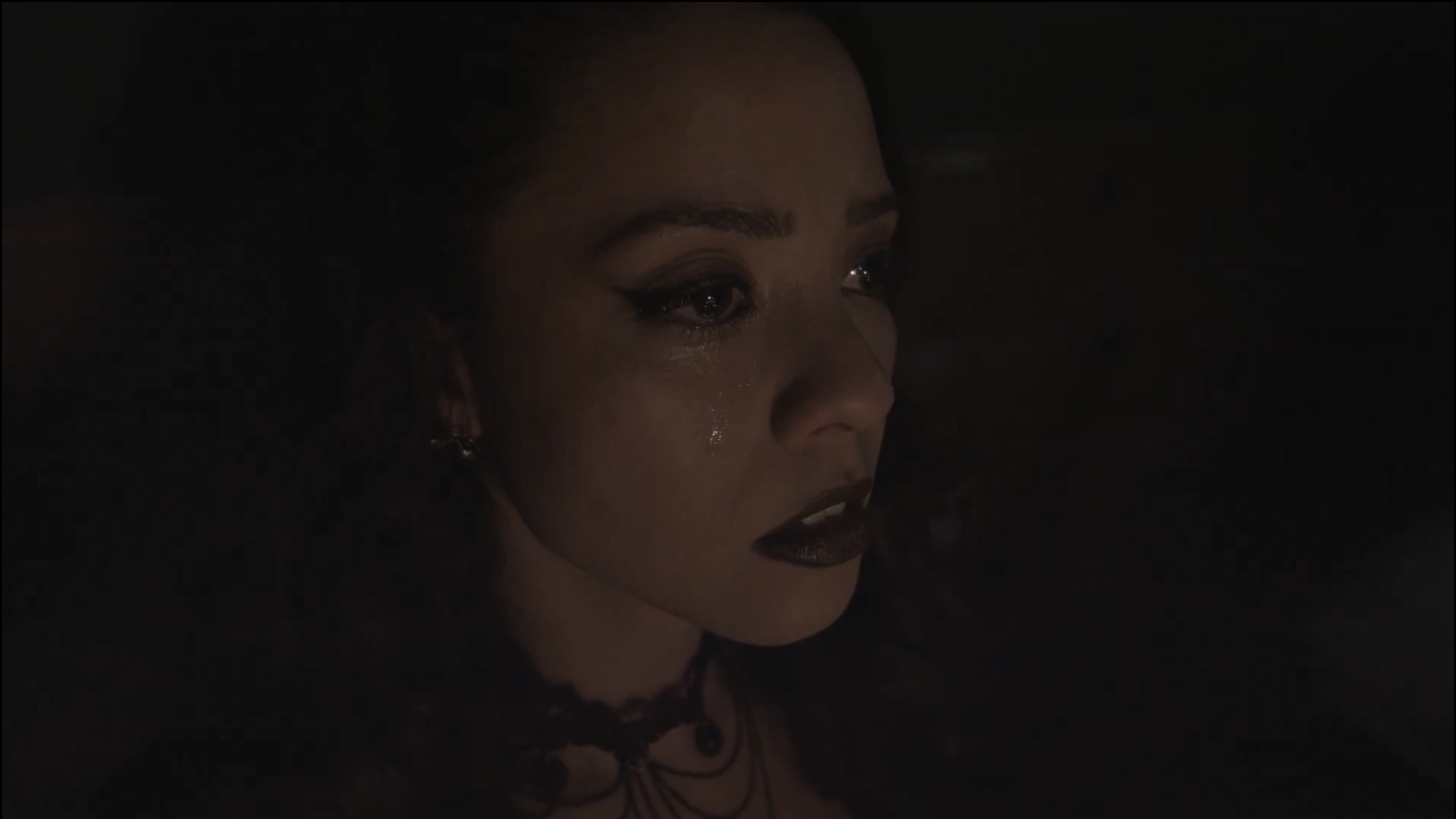 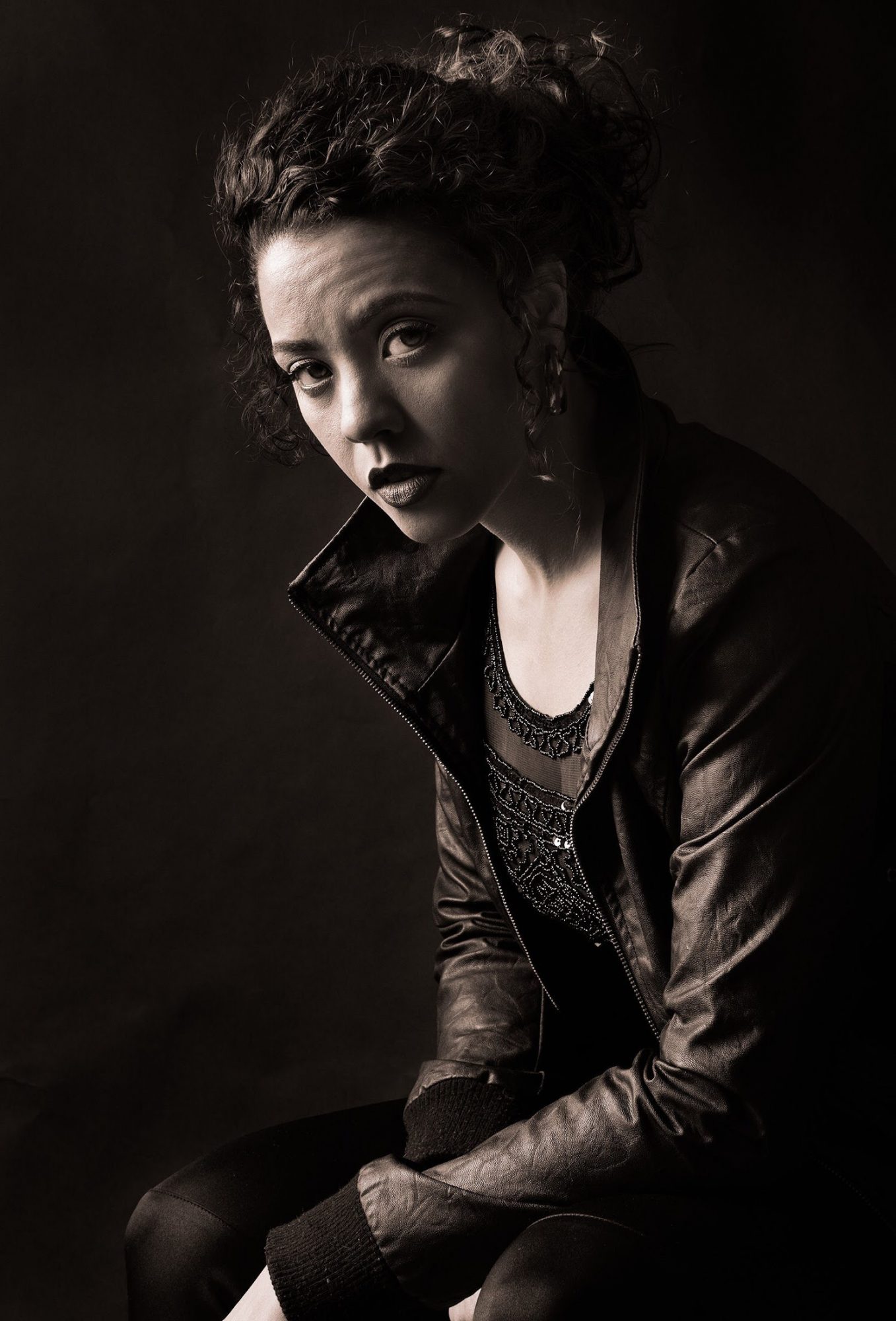 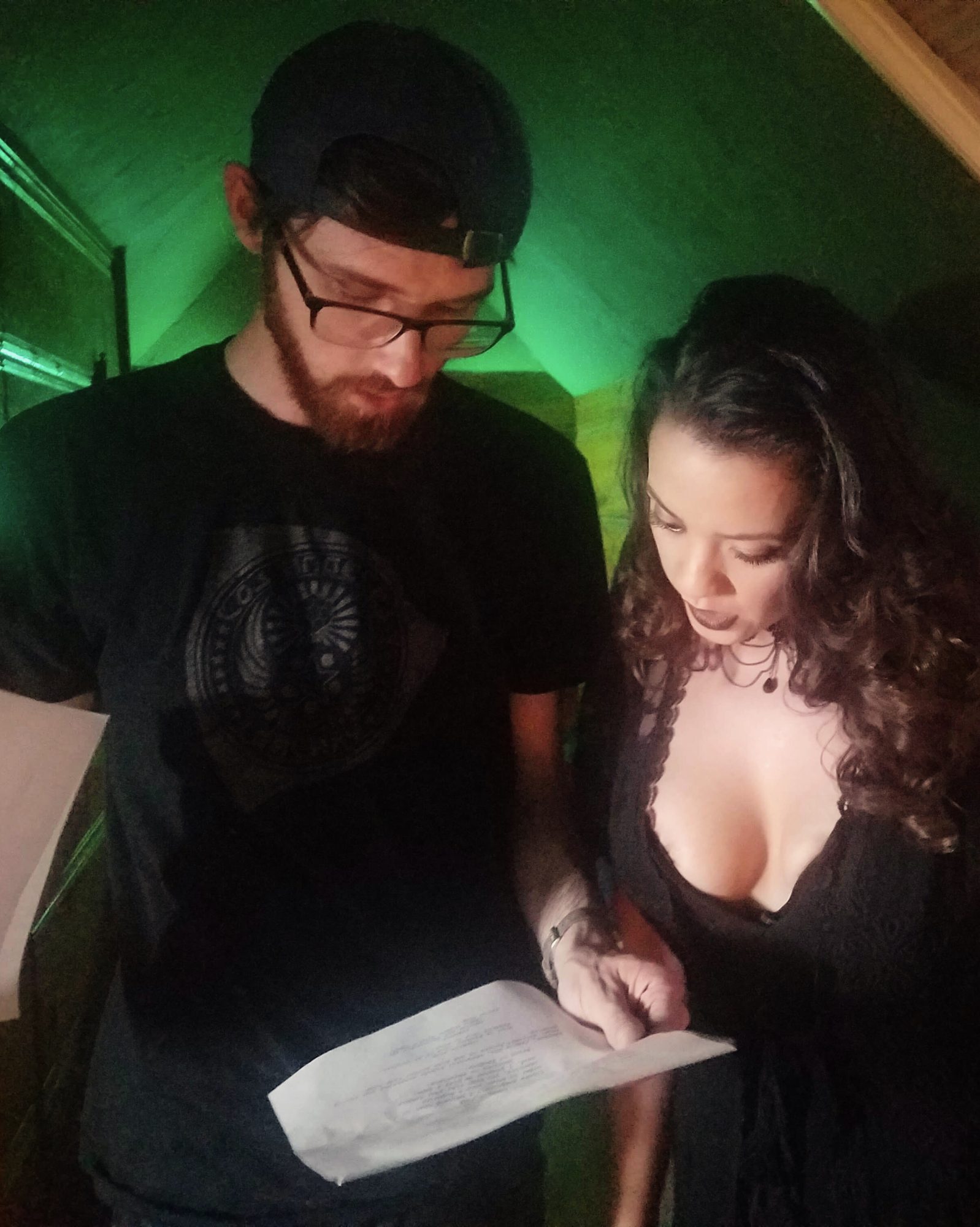