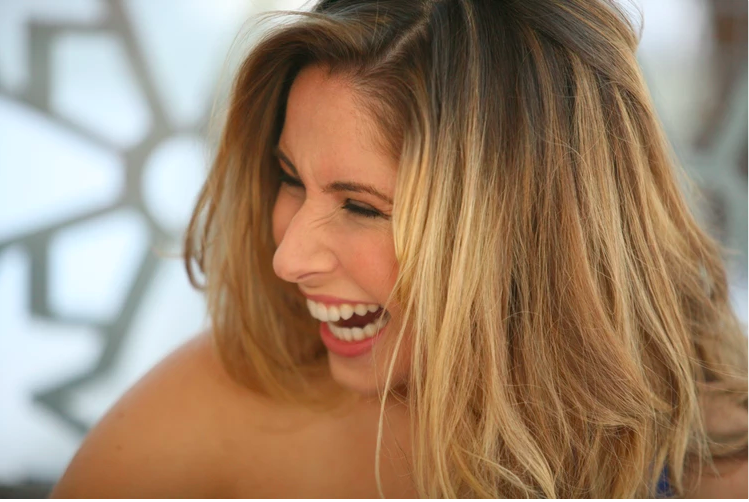 Today we’d like to introduce you to Ashley Eskew and Andrew Devine.

Thanks for sharing your story with us Ashley and Andrew. So, let’s start at the beginning and we can move on from there.
“Give me anything but a GIRLY BEER!” Those are the words that started this adventure. Andrew’s father recited that like a mantra anytime we would go out with him for a drink. After a few polite comments, letting him know, his verbiage made it sound like being “girly” or “feminine” was synonymous with being weak – and having it continue, We decided to take action.We were fed up with femininity being used as a weapon to put people down. I am not powerful IN SPITE of being a woman, I am powerful BECAUSE of it.

We realized the only thing we had the power to change was ourselves, thus, GIRLY BEER CO. was born. Drinks don’t have genders but until everyone accepts that, we can turn a source of pain into progress.

I’m strong and complex. So that’s what our beer is… NOT Diet, NOT Light and NO not even Pink. We can make a lineup of craft beers so tasty that no matter how you identify, you will be proud to loudly order a GIRLY BEER and we will be proud to have you drink it.

GIRLY BEERS are delicious, strong bodied, complex brews that are inclusive to everyone. Not a beer to put down but to crave. So BE A MAN ( or woman or gender fluid) & DRINK LIKE A GIRL !

Overall, has it been relatively smooth? If not, what were some of the struggles along the way?
We started out with a strong idea – to take something that has been considered inherently masculine ( beer) and change the conversation but in order to do that, we needed to learn how to brew and sell beer. No small task.

Luckily, we are relentless and Andrew has a natural inclination as a brewer. After boiling over and flooding our kitchen with hoppy brown goo one-too-many times we found three delicious recipes that lived up to our high standards.

Then we reached out to friends to help us design a label and taste test our product. It isn’t hard to offer people free beer- and we have been slowly but steadily growing a really beautiful and communicative online community via instagram @girlybeerco, but taking the next step is where it has been difficult. We want to sell this beer so that people see the hot pink label across the room at a party and go “what’s that?”- then a conversation develops. We want Girly Beer on tap at your favorite bar so that you can hear the patron next to you order a Girly Beer with pride instead of disdain. We trademarked the name but we are in the process of trying to self educate on the beverage industry in CA. This involves asking for help…frequently. What isn’t hard is talking about GIRLY BEER CO. When you are proud of what you’ve created, it isn’t hard to speak up.

Please tell us about Girly Beer Co. .
GIRLY BEER CO. is a feminist brewery, located in Hollywood, CA that creates great tasting complex brews for every gender, race and religion. We like to say when you drink GIRLY BEER you, ” Smash the Patriarchy One Sip at a Time” but that doesn’t mean we are anti-man. That’s why it was so important to us that both a woman and man run this company. It is about inclusion, plain and simple.

To exemplify this we brew delicious beers. Each beer is named after a strong complex woman and the flavor palettes are created to mirror aspects of their life and personality that we admire, for example: Our Monroe Stout is Classic, Full-Bodied and Unapologetic, just like it’s namesake.

In addition, we have a podcast called “SHE by Girly Beer Co.” that highlights women throughout history, whose stories have been overlooked or forgotten. Andrew and I each present a new woman weekly. In our first episode, his inclination was to take over the telling of my story he was so excited by it. We didn’t edit it out. I stopped him and asked him why he felt ownership over the story I had prepped and presented?

We are interested in the hard conversations, challenging labels of any kind and creating something delicious. If Mary Poppins had sugar to make the medicine go down, I suppose we have an IPA that makes the patriarchal status quo go down, one sip at a time.

If you had to go back in time and start over, would you have done anything differently?
I wish we had a third partner that was more experienced and familiar with the brewing industry. If that sounds like you and you are looking for a job- please, reach out! I hope that as we expand our company we can continue to challenge labels beyond just ” GIRLY”. And, I wish we would have come up with the idea sooner.

I want GIRLY BEER to be as common as Stella or Bud when you visit a restaurant or bar. I want the opportunity for conversation about gender dynamics to be sparked at a BBQ or at the dinner table. I want a seat at a very white male table and I want to change the preconception that beer is inherently masculine. Females account for 45% of beer drinkers each year and that number continues to rise. We want to be a part of that number rising. 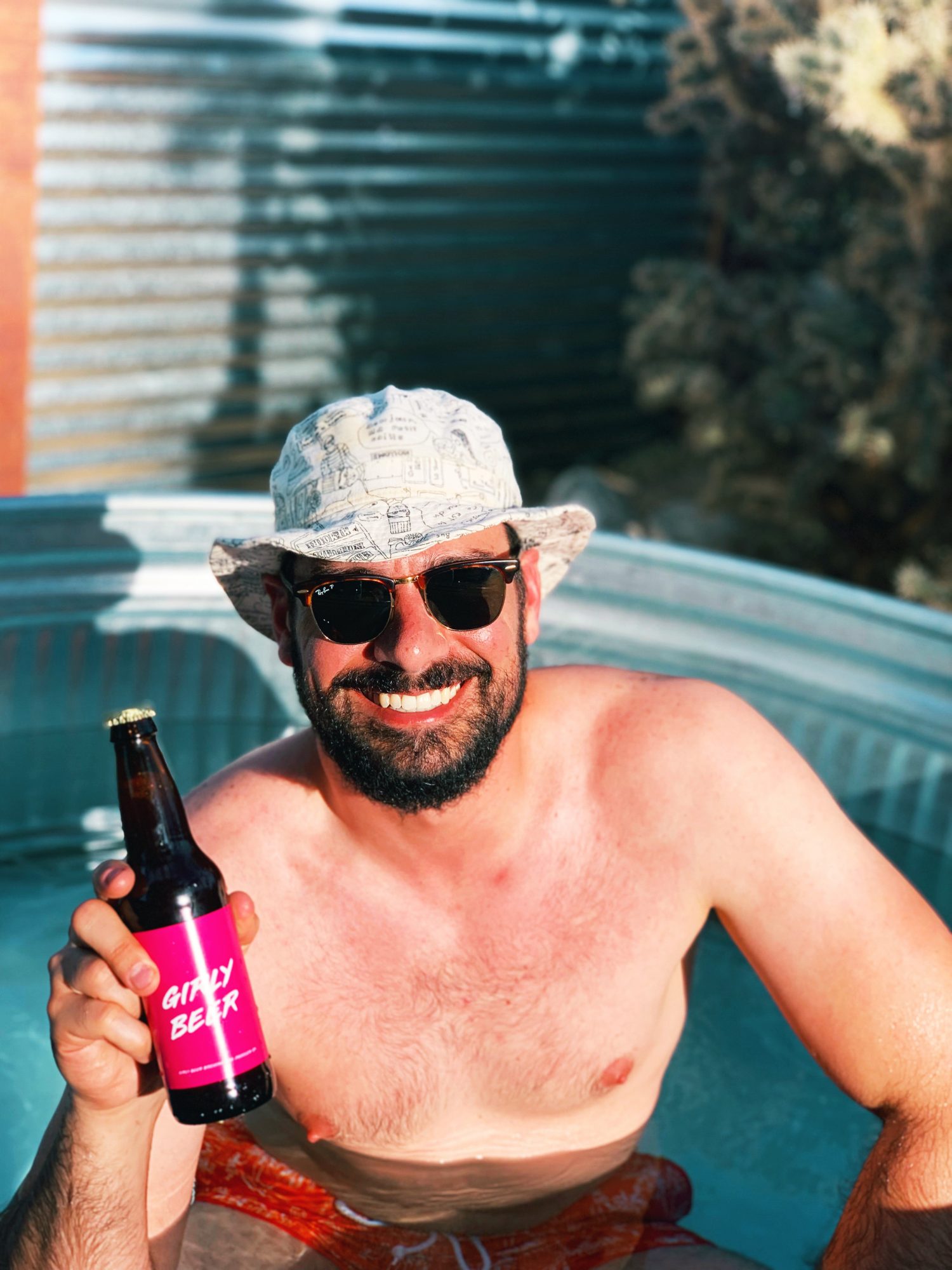 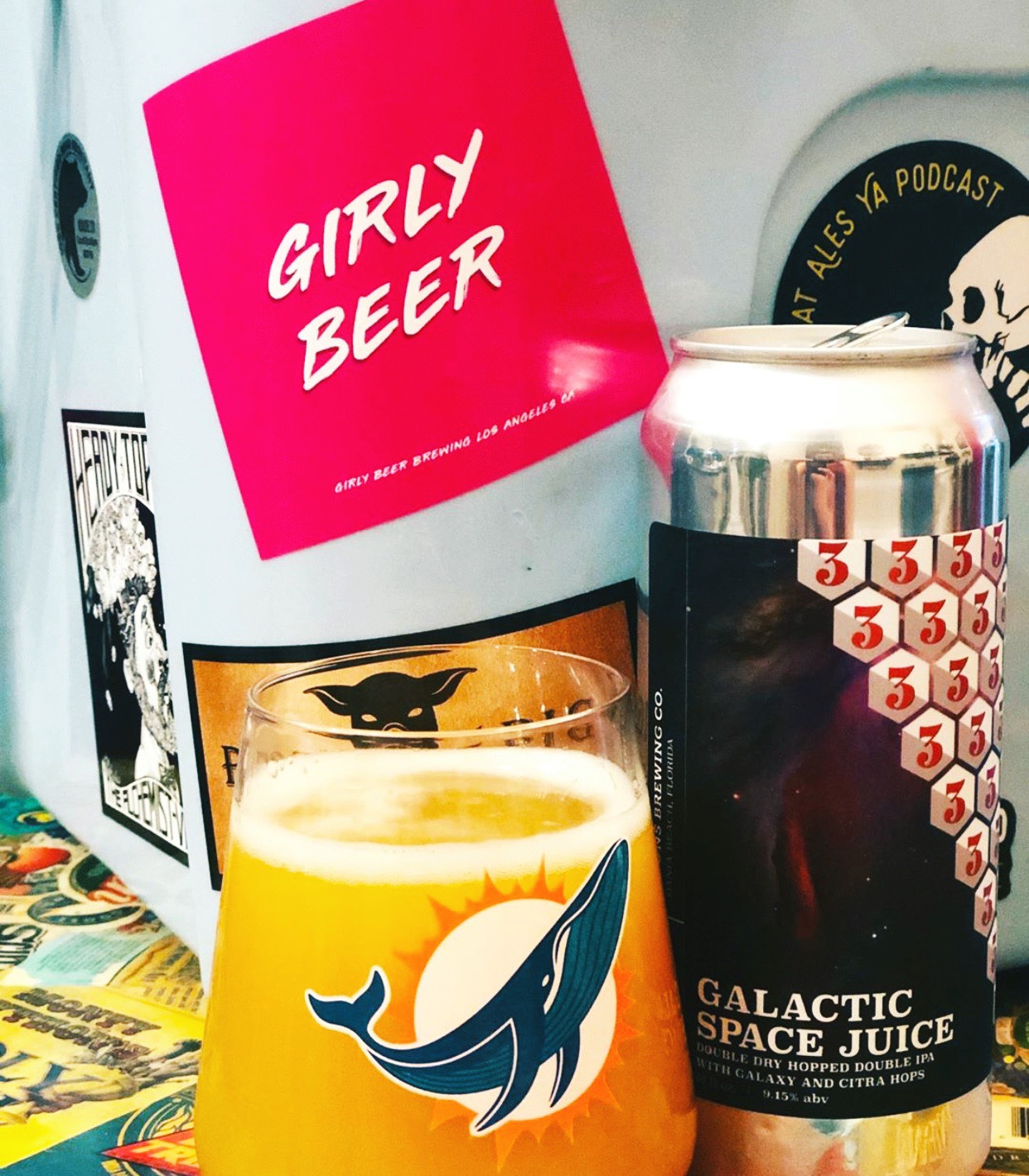 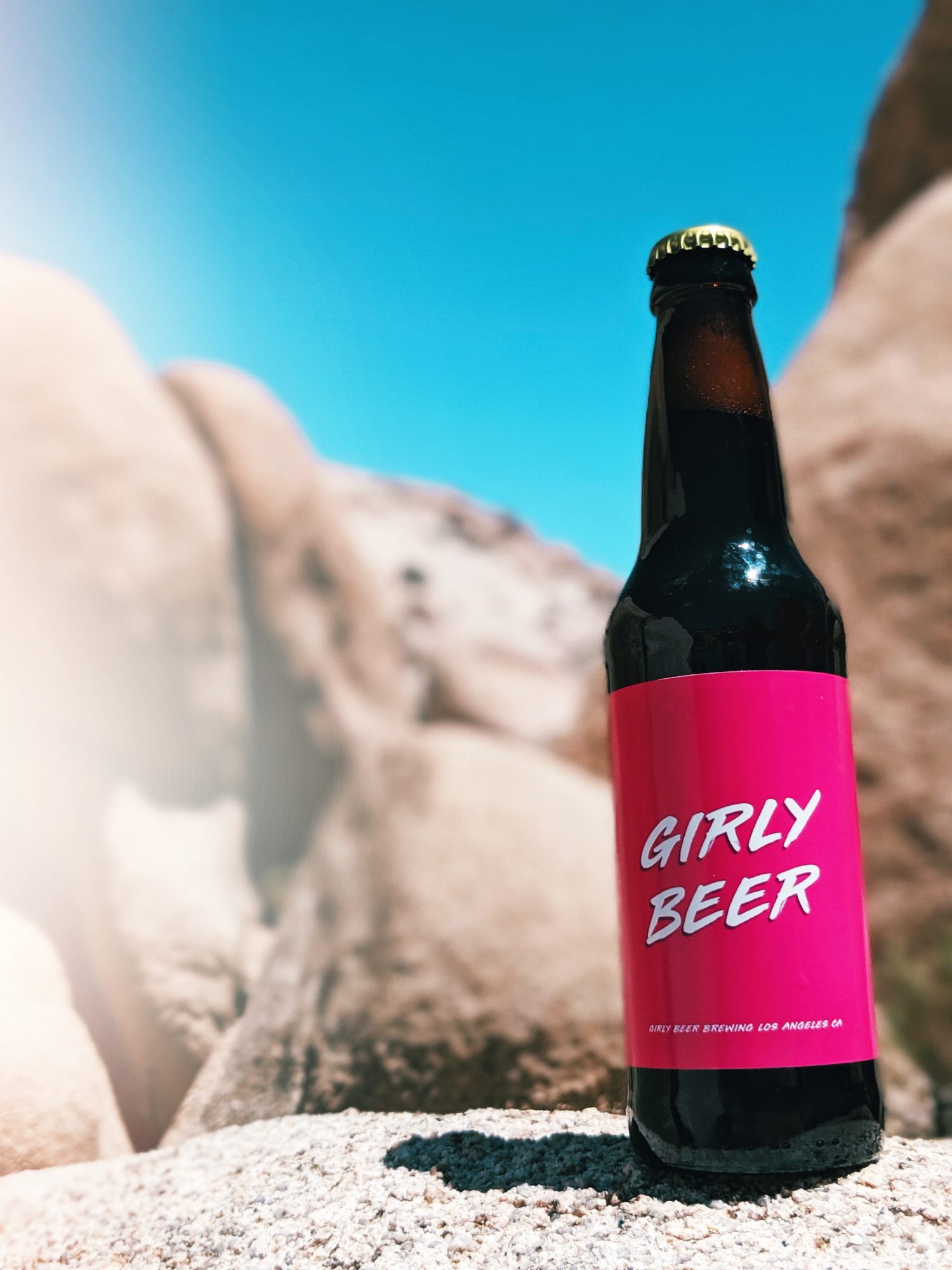 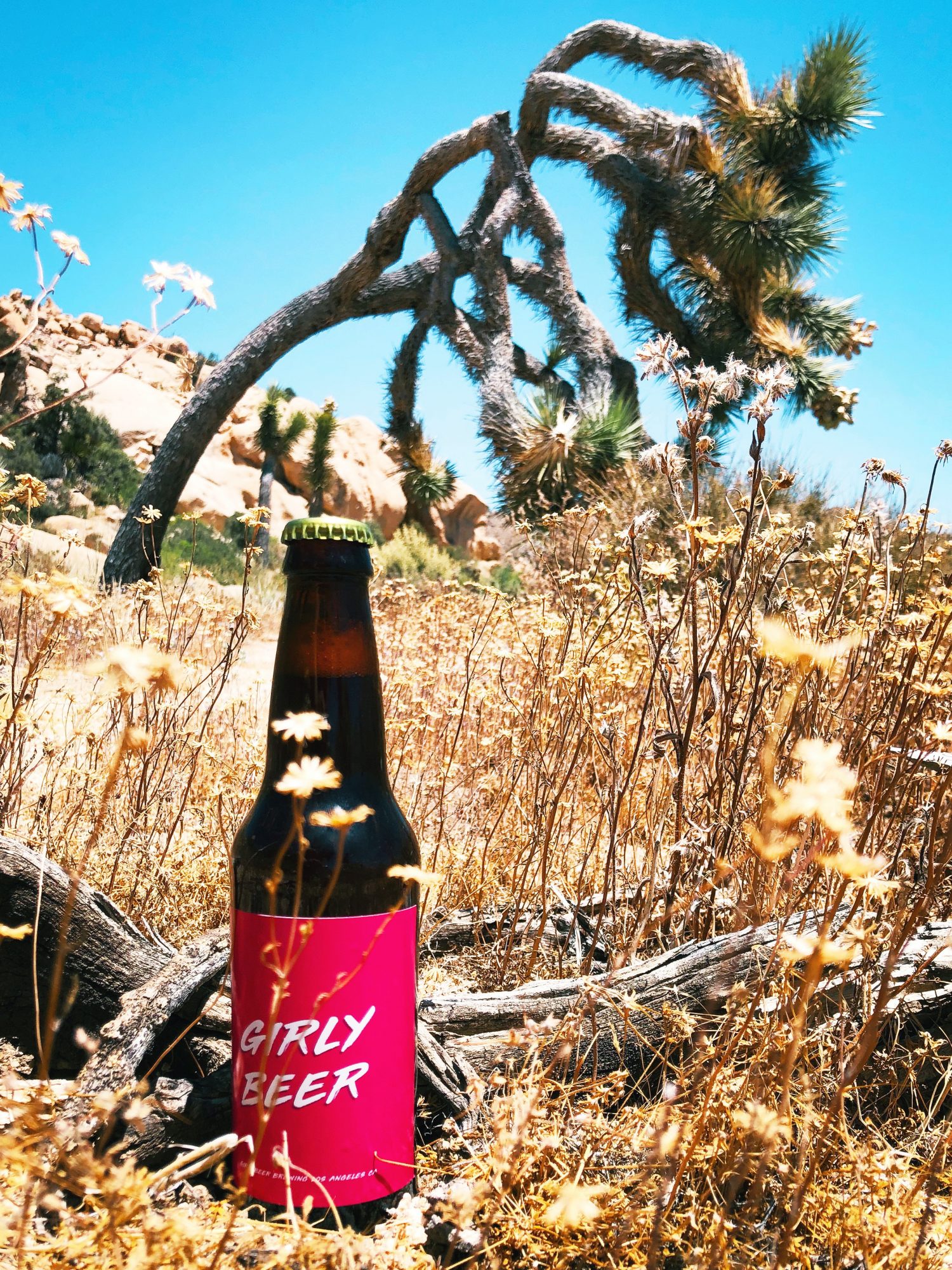 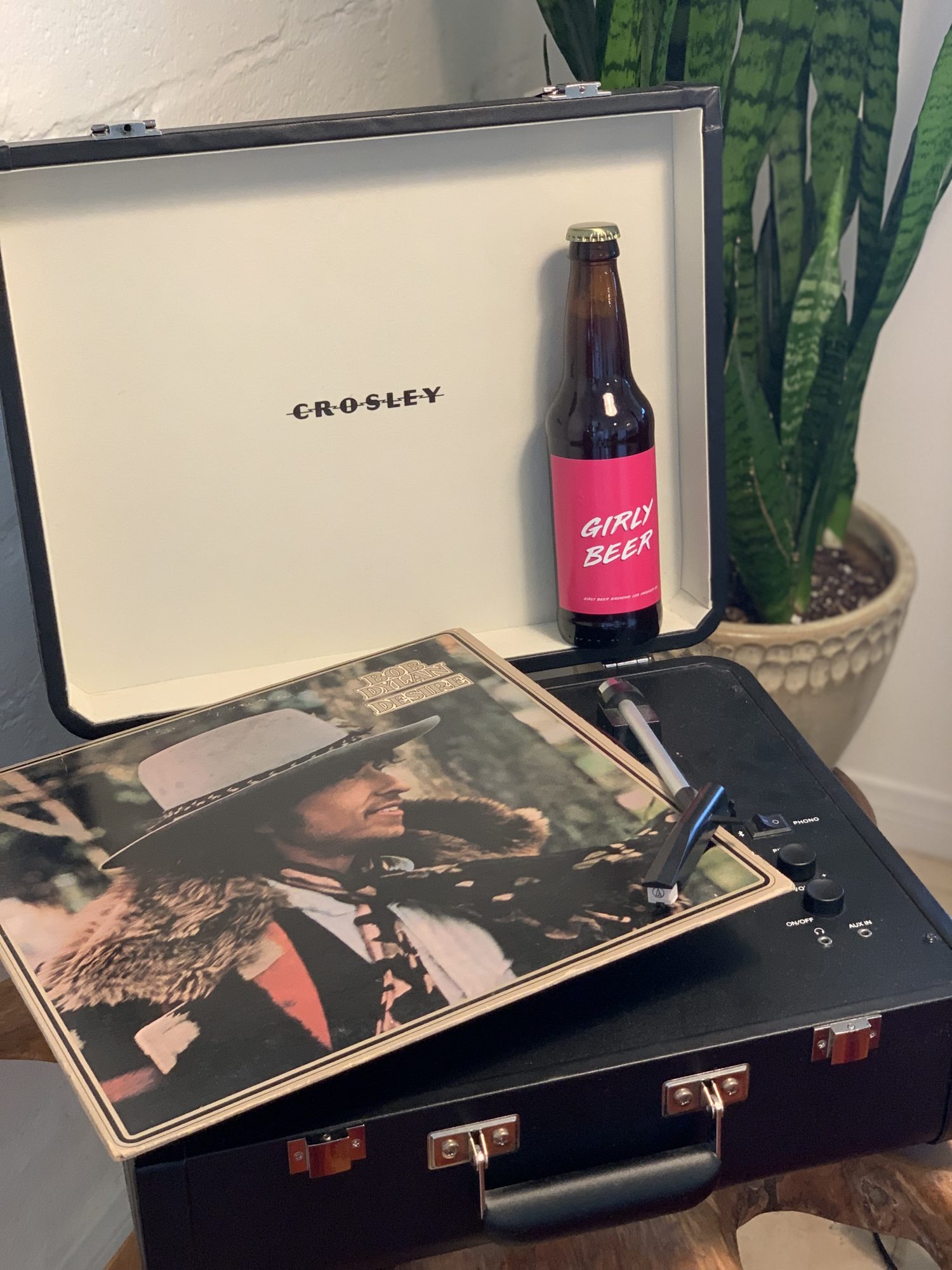 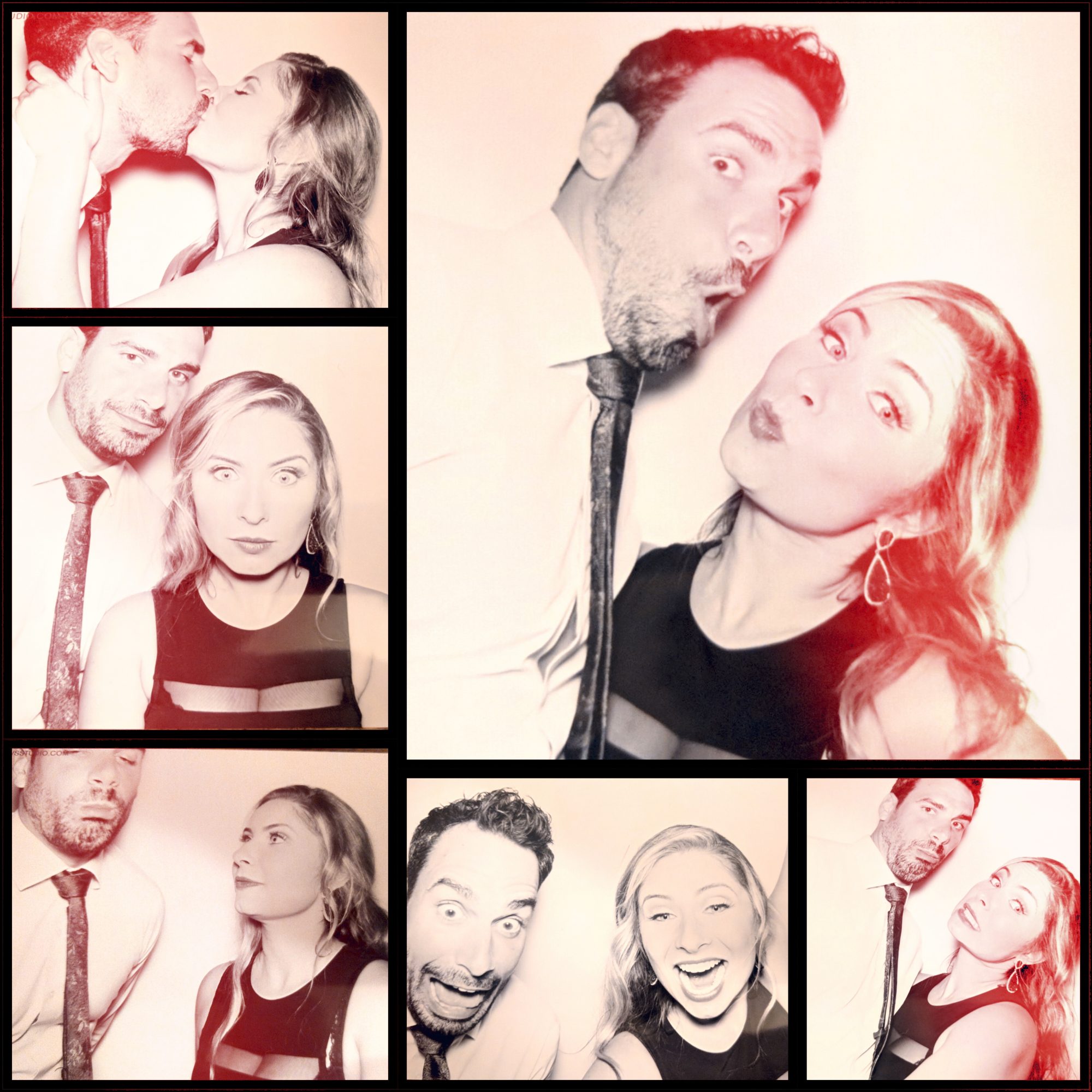 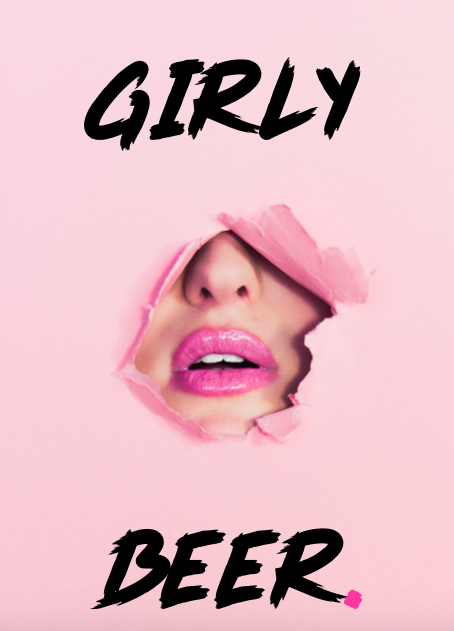 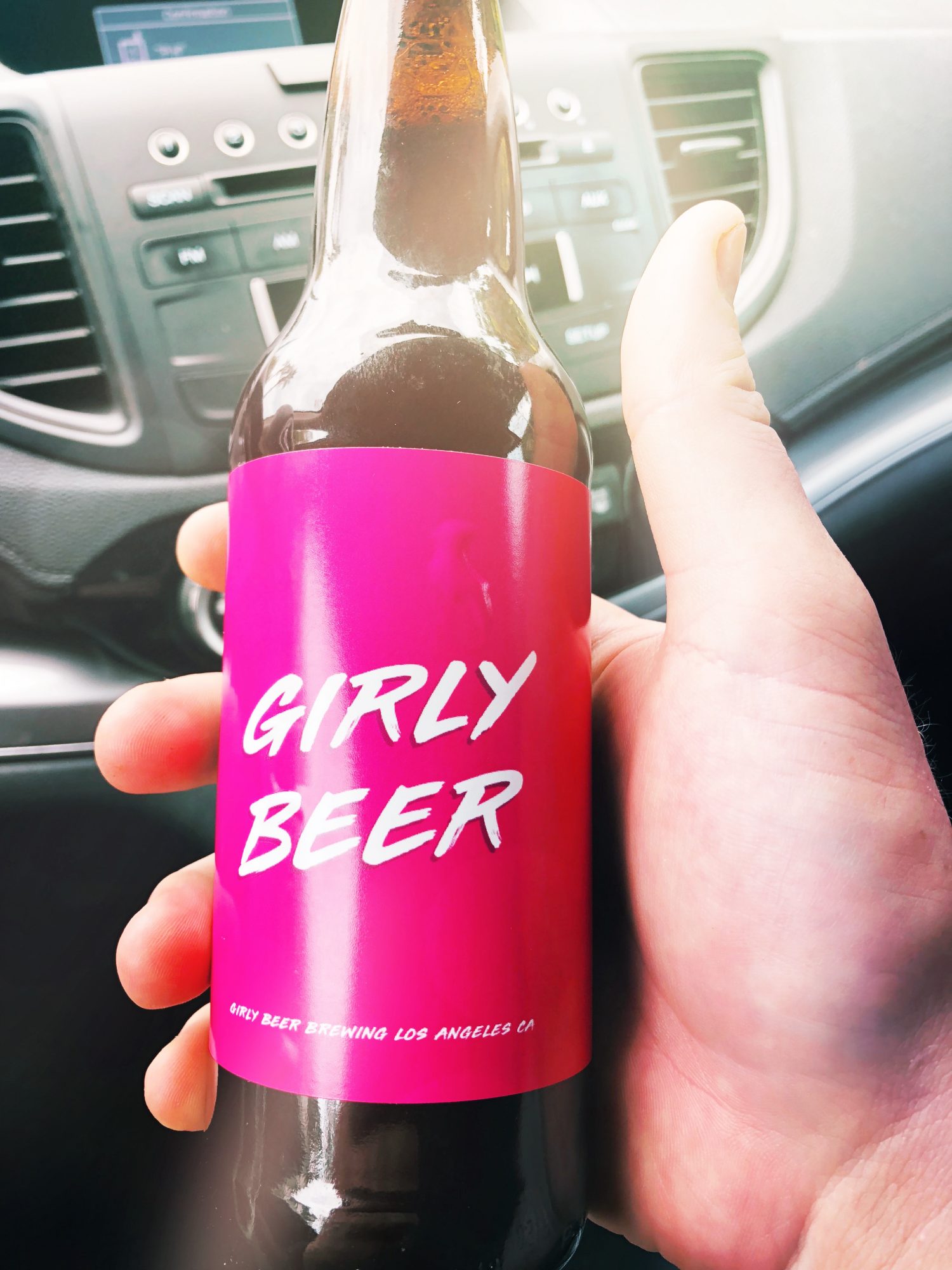 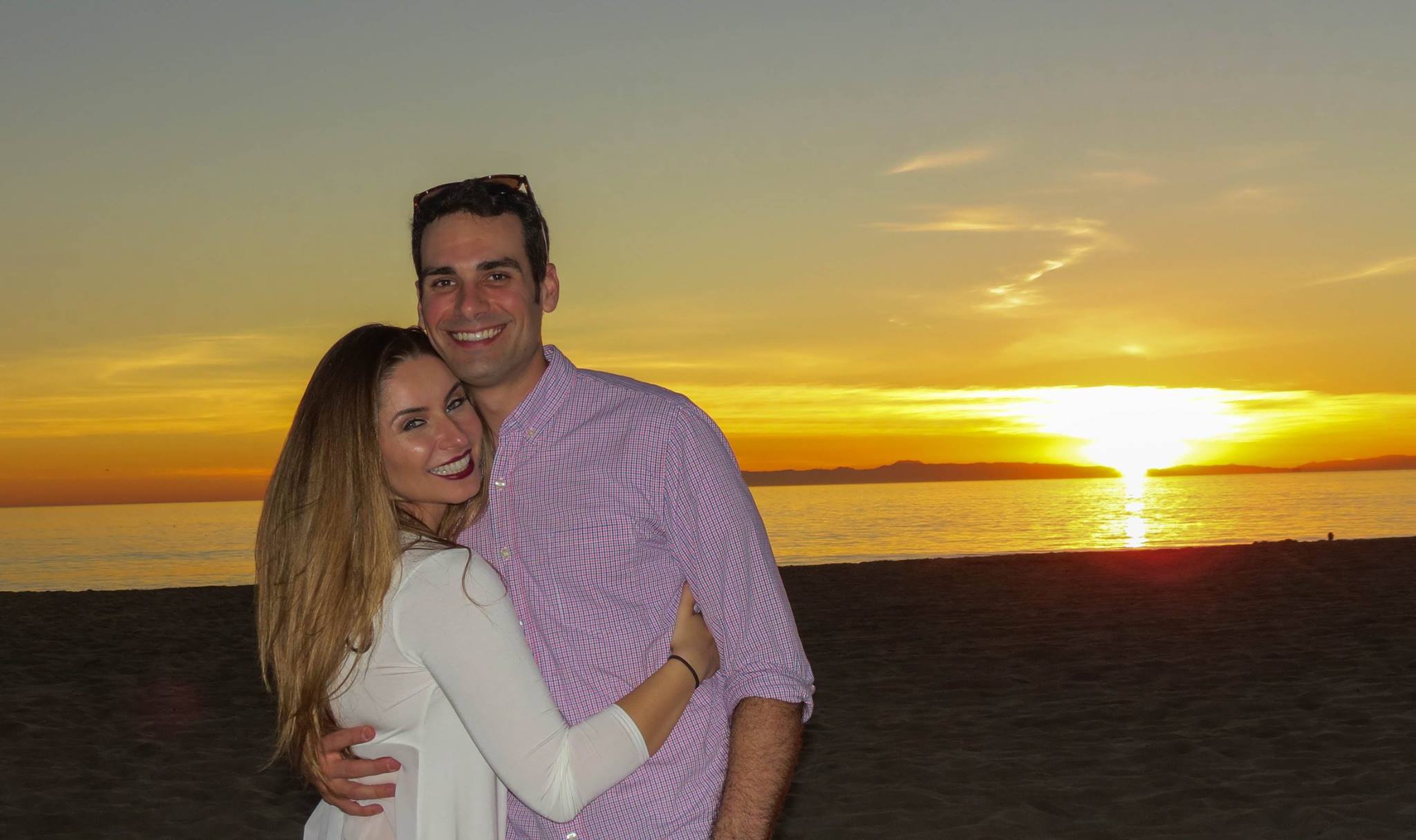 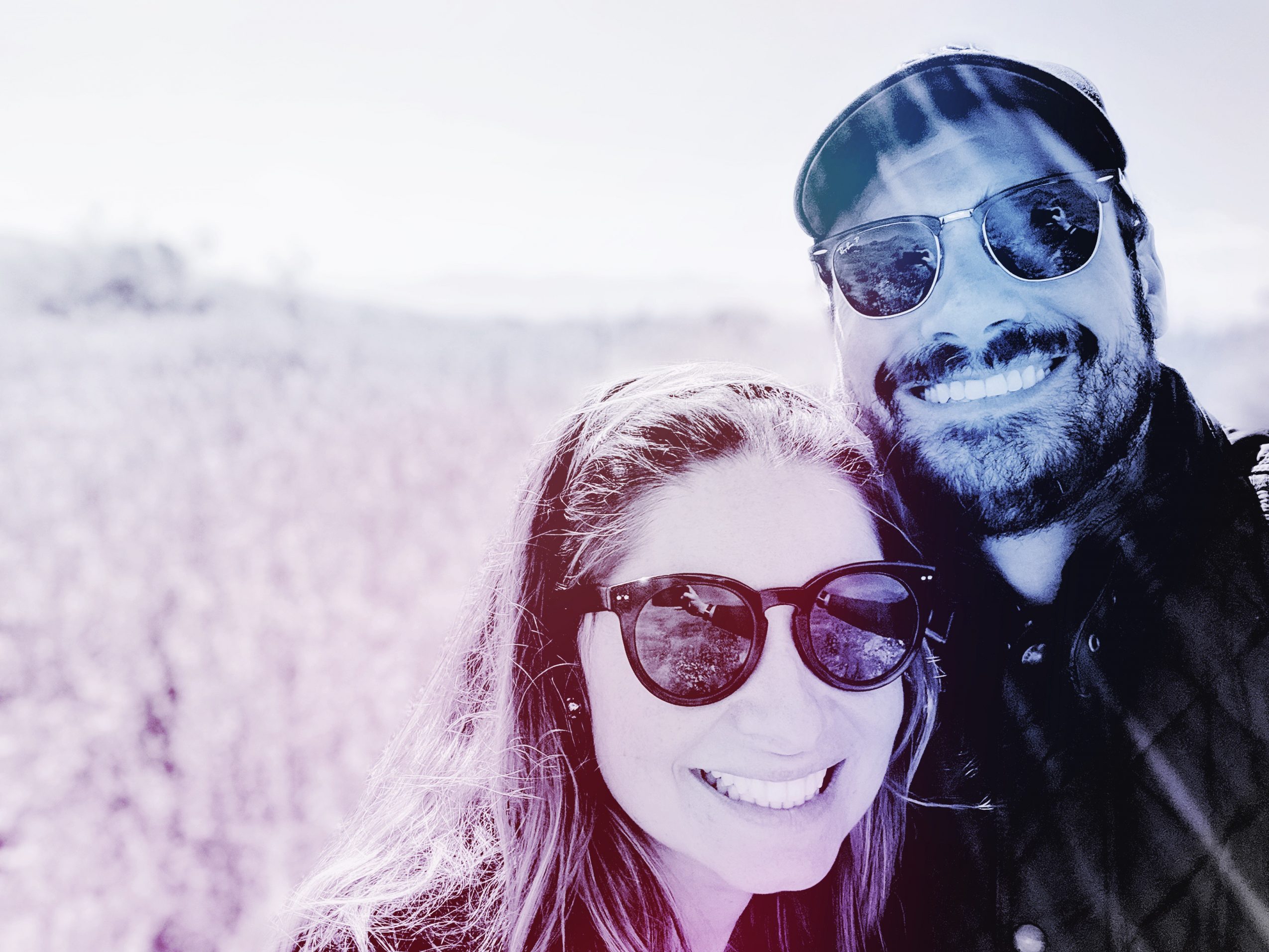 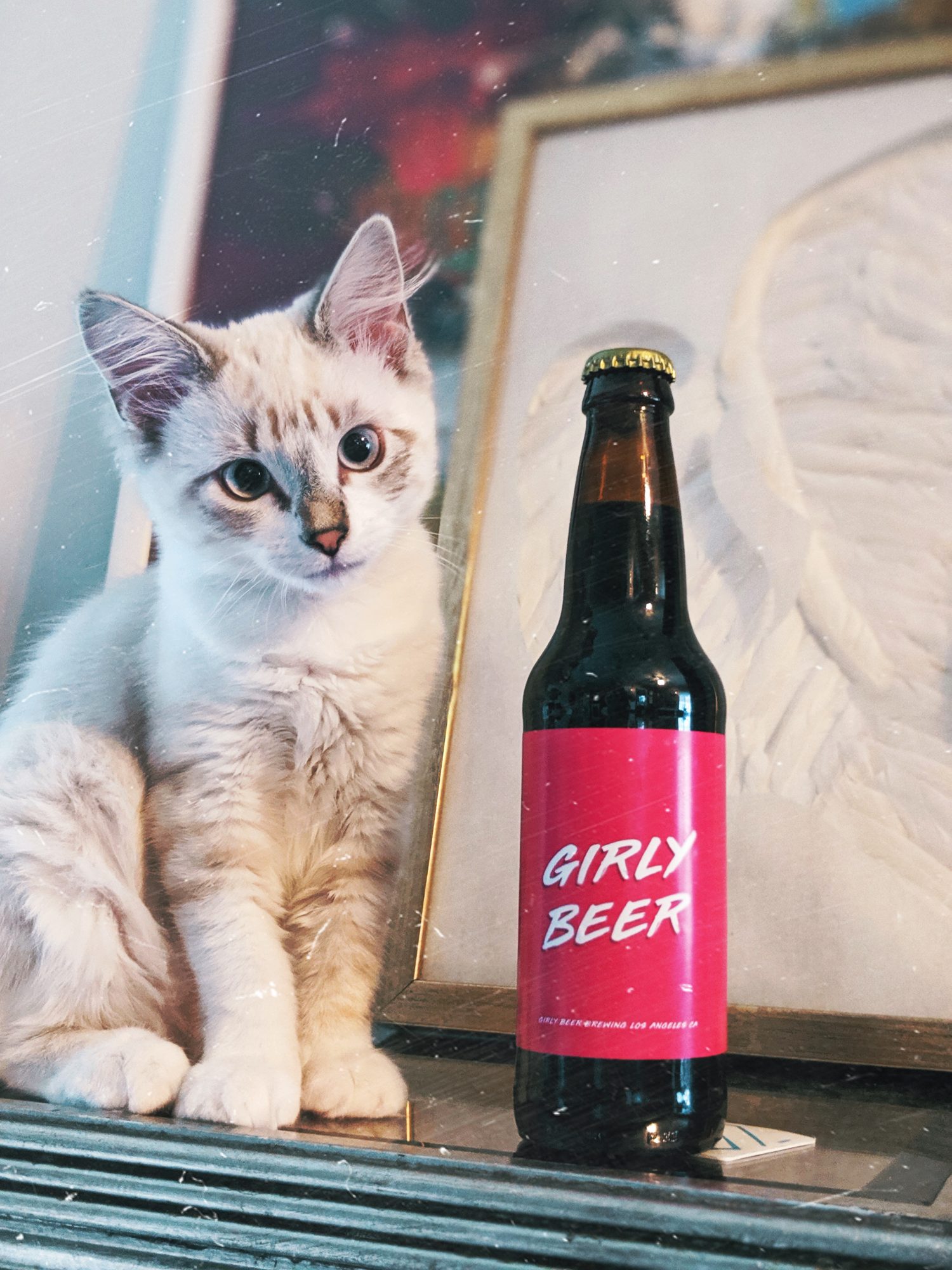 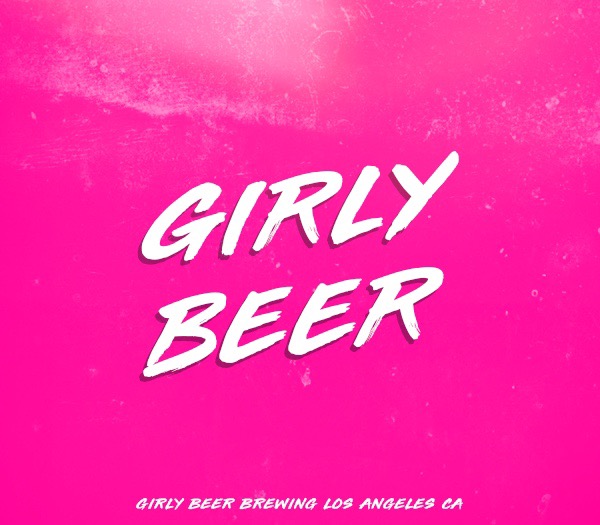