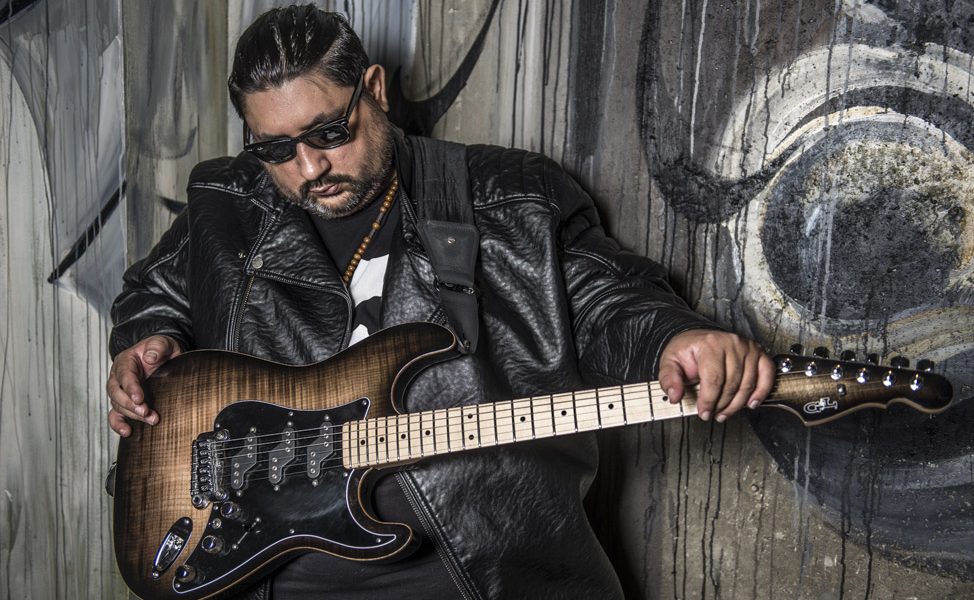 Today we’d like to introduce you to Ash Jangda.

Ash, before we jump into specific questions about your work, why don’t you give us some details about you and your story.
I was born and raised in Miami, FL. That’s where I discovered my love of guitar, rock n roll and jazz. You could say it was my formal training ground. After escaping Florida International University, with a Jazz Performance degree, I decided to chase my dreams of moving to New York and making my mark on the jazz world. I soon found out that the transition from Miami to NY is not quite as forgiving as the one from NY to Miami. So I retreated from the cold tough boroughs of NY to sunny Central Florida where after joining one of the region’s fastest-growing mega-churches I was catapulted headfirst into the world of Gospel music. Orlando, FL is where I acquired some substantial on the job experience backing up a who’s who of Gospel artists as well as recording with some major hip hop producers. After a decade of this, I started to rekindle my desire to be more than just a sideman.

The call-out west to Los Angeles was a huge leap of faith brought on by this desire for more. So with no more than a dream and whatever I could fit in my car, I drove the cross country into the great unknown. Thankfully, 6yrs later, I can say that with God’s hand guiding me, some supportive friends and strangers and a whole lot of work and sacrifice I’ve survived the transplant, and laid some deep roots here in California. I’ve been privileged to work with an eclectic group of today’s influential and relevant award-winning artists. With whom I’ve traveled both across the U.S. and abroad to places I never imagined. Including Paris, London, Dubai, Greece, Italy, Australia, the Caribbean, Canada, etc.

Great, so let’s dig a little deeper into the story – has it been an easy path overall and if not, what were the challenges you’ve had to overcome?
Having relocated several times I can tell you that leaving your network of friends peers and coworkers you developed over a lifetime for a place where you know less than a handful of people is both daunting and terrifying at times. Especially in my field where everything is based on word of mouth. When I first moved to Cali I had to make a concerted effort to meet as many people in my field as possible which for me meant commuting from Irvine to LA like 5-6 times a week with no real guarantees. Just networking and waiting for an opportunity to present itself. Treating every jam session as an audition.

Handing out in excess of 1000 cards. Attending 100s of shows. Immersing myself in the scene from straight-ahead Jazz spots in Orange County and DTLA to RnB n Soul hangs in Hollywood to Smooth Jazz in Sherman Oaks to fusion hangs in Studio City to Open jams in North Hollywood and everywhere in between just trying to be an ambassador of good faith and meet someone who would hire me.

What do you do, what do you specialize in, what are you known for, etc. What are you most proud of? What sets you apart from others?
We provide Live Entertainment that accommodates a variety of events, occasions, venues & styles. From a 12 piece band to a single musician depending on the events needs.

As an Independent artist, I record and perform my original music.

As a musical director, I coordinate the band and arrangements for an artist’s performance.

As a touring musician, I travel and perform nationally and/or internationally with artists from any genre.

As a session musician, I record at multiple studios locally as well as remotely from my home studio.

I am known for my diversity. No genre or event is too big or too small.

I am most proud of my network of world-class musicians/artists whose performances are phenomenal but the fact that I can call them friends on and off the stage.

What sets me apart is my dedication to excellence. I’m always striving to get better to learn more and go to the next level.

Is there a characteristic or quality that you feel is essential to success?
Perseverance is a characteristic I’ve developed, without which I don’t think I could’ve made it to where I am or where I’m headed. There are so many more no’s than the occasional yes, so many maybes that lead to dead ends, so many let downs that tempt you to feel defeated. But if you have what it takes to keep dusting yourself off and get back on your feet eventually you will find it only takes a few keys yes’s to get to the next level. But then it starts all over again. So I’m thankful for perseverance.