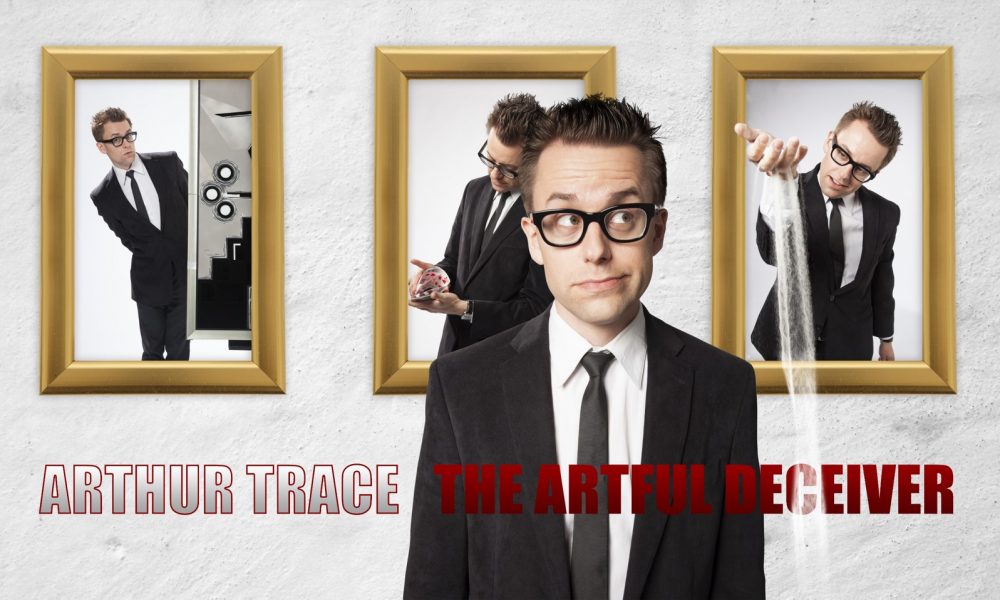 Today we’d like to introduce you to Arthur Trace.

Arthur, let’s start with your story. We’d love to hear how you got started and how the journey has been so far.
Like many budding magicians, I became interested in magic at an early age when I saw a magician perform at my grade school. However, it wasn’t until my second-grade teacher assigned me a do-it-yourself project that involved learning a simple version of the classic Cups and Balls trick that I actually started performing. Once I experienced the joy of bringing astonishment to my classmates, I started to learn more about magic through books that I checked out at my local public library.

This magic hobby persisted until my freshman year at the University of Illinois where I saw David Copperfield perform for the first time. That experience was inspiring and made such a profound impact on me that I decided to make magic my career. After graduating with a degree in advertising – I thought this was a smart business choice – I started pursuing performing opportunities at local private events.

At this stage of my career, I was also attending regional magicians’ conventions and competing with my stage act. After a few years of competing, I started winning and being recognized by my peers. The height of my competitive career culminated when I won the Gold Medal from the International Brotherhood of Magicians and winning an award at FISIM, which is the World Championships of Magic.

These accolades lead to other opportunities such as touring internationally and performing on television in seven countries as well as becoming a frequent performer at the world-famous Magic Castle. In fact, the Magic Castle is where I met my wife in 2006. This fortuitous meeting made me move to Los Angeles where I’ve lived ever since.

These days, my focus lies in touring nationally and internationally with my show as well as performing at hundreds of corporate and private events each year.

Great, so let’s dig a little deeper into the story – has it been an easy path overall and if not, what were the challenges you’ve had to overcome?
Being a professional entertainer is very difficult. Like most performers, you live paycheck to paycheck, which was especially true when I was starting out. Worrying about how you’re going to pay the bills can kill the creative process. This was the most difficult part for me because I like to focus the majority of my attention on developing my show. That said, I’ve learned how to balance my time so that my business and the quality of my show does not suffer.

Alright – so let’s talk business. Tell us about Arthur Trace Productions – what should we know?
There are two parts to my business. One part is performing highly sophisticated and creative close-up and stage magic at high-end private and corporate events. The majority of these clients reside in Southern California. The second part of my business is producing and starring in my theater show, titled “The Artful Deceiver,” and touring it at performing arts centers throughout the US.

My performance offers more than an experience that’s solely about deception, but also an escape into my dream-like world as an artist. During a performance unusual props, imaginative scenarios, and masterful sleight of hand are artfully combined to evoke wonder. Whether my clients are looking for a highly interactive and fun magical experience for their corporate or private event, or a world-class show for their venue, I can deliver.

In fact, it is my creative magic that I’m know for amongst my peers. I take pride in performing my own creations – routines and effects that no one else is performing. This is one of the things I’m most proud of, but don’t take my word for it. Here is what some people are saying:

“One of the most creative and original magic shows I have ever seen!”
-Michael Fritzen, Skirball Cultural Center

“Without a doubt one of the finest turns in all of magic.”
-Dustin Stinett, MAGIC Magazine

“Original, ingenious, and refreshing… Arthur Trace is one of the most creative magicians I’ve seen in decades!”
-Richard Kaufman, Editor, Genii Magazine

“Arthur Trace is more than a magician – he’s a magical artist. His talent is enormous as is his versatility. He held our audience spellbound for his entire show.”
-Dr. Ron Hulnick, President, University of Santa Monica

Is there a characteristic or quality that you feel is essential to success?
The need to express myself through my art is the most important factor in my success.

Doing so has driven my creativity and set me apart from other magicians.