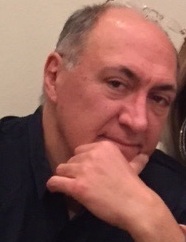 Today we’d like to introduce you to Armand Gazarian.

Thanks for sharing your story with us Armand. So, let’s start at the beginning and we can move on from there.
After shooting television shows for Hollywood icons like Howard Stern, Drew Carey and Damon Wayans for over a decade, I decided to start a company with an innovative approach to advertising and entertainment. Soon after establishing Dynamic Films, we became a Google approved production resource and have since made several hundred commercials for a variety of client’s coast to coast including major brands like eBay and Visa. We continue to grow and expand our operation which includes television and feature film production and distribution.

We’re always bombarded by how great it is to pursue your passion, etc. – but we’ve spoken with enough people to know that it’s not always easy. Overall, would you say things have been easy for you?
Like most businesses, we’ve had our ups and downs but have persistently pushed forward, overcoming every obstacle as we continue to grow.

We’d love to hear more about your business.
We specialize in innovative marketing and advertising. The company consists of two main areas: Production and Media planning. Our production teams handle everything from commercials to television shows and feature films. The ad agency handles the media planning and scheduling for our clients.

What were you like growing up?
I started shooting on Super-8 and taking pictures when I was 10 years old. My passion for visual effects, lead to my first job as an assistant cameraman and soon after, visual FX cinematographer working at the then FX giant, Introvision International where I created FX shots for studio features and network shows like Universal Television’s “Team Knight Rider”.

Visual FX is still a very important component of our operation.