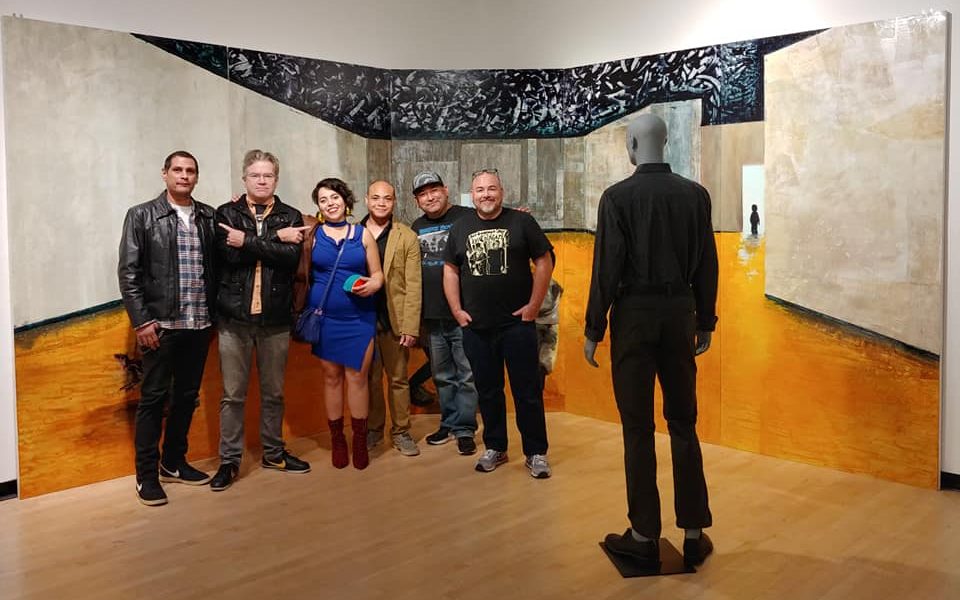 Today we’d like to introduce you to Alex Arizpe.

Thanks for sharing your story with us Alex. So, let’s start at the beginning, and we can move on from there.
I was born into creativity. Both my parents were entertainers. My mother had been a Flamenco dancer, and my father was a magician, masked wrestler, casual pilot, and a TV electrician.

So I guess I naturally have that restlessness and need to preoccupy myself with something creative, whether it be painting, sculpting, playing drums in a band, boxing, writing, or putting on clown makeup and reading my writings live on Facebook or Instagram.

However, music, cancer, love, boxing, and painting is how I got to where I am today. I won’t bore you with the details… until later in this interview.

Overall, has it been relatively smooth? If not, what were some of the struggles along the way?
Hell no!!! It has been nothing but bumpy and horrific, but I wouldn’t have it any other way, except, I could really do without diabetes; that shit is a real bummer. I came out to Los Angeles with the potential of getting signed to a major recording label with my band, The Business Machines.

We recorded our first album to be shopped around by the famed Steve Albini. Our last show before disbanding was in the basement, or some such shit of Angel Stadium, at a tattoo convention, right next to the hot dog buns and extra Styrofoam cups. After we went our separate ways, I began to notice pains in my abdomen running straight down to my legs.

After many tests, the doctors told me I had testicular cancer and that I’d have to have my left testicle removed that week. No goodbye parties or anything for my left nut; I just had to accept it and move forward, with months of chemotherapy treatments until I beat it… then I got it a second time.

It was excruciating the second time around: eight hours of chemotherapy a day, five days a week, and a catheter attached to my jugular and coming out from my chest, which wound up being for a failed stem cell transplant that was later used for more chemo treatments so as to not sink my veins.

My mother, my now ex-wife, friends, and family all pulled together to help out. The whole time, I was slowly developing my series entitled, ‘Loss of Self,’ which began depicting struggles with everyday activities that became nearly impossible to execute.

I’ve been in remission for almost a decade now, but I can’t entirely say that I’m thrilled, so I have to find ways to keep my lust for life. But yeah, it has not been a smooth road. A friend once told me that the path is sometimes the reward itself, so I’m doing my best to believe that.

We’d love to hear more about what you do.
Well, last year I had a solo art show of my completed series, ‘Loss of Self’ at Coagula Curatorial, located in the historic Downtown Los Angeles Chinatown district. I worked on that series for over a decade and felt a cathartic release at having the opportunity to display its narrative.

My paintings derive from the loss of self that occurs when fighting life-threatening diseases. It depicts the frustration with human limitations and difficulty with everyday banal activities, such as climbing stairs, showering, or even eating.

At first glance, my paintings appear almost gruesome, but the swirls of paint symbolize where it hurts, and how one’s soul feels when dehumanized by illness and treatment alike. Distorted, nearly defeated, the figure-spirit proclaims hope through the struggle of becoming human again. I haven’t painted much after that.

I felt like I had run a million-mile marathon that I thought I’d never reach the finish line. I was pleasantly exhausted and haven’t felt the NEED to paint anymore. So I got bored with life and developed an alter-ego named Crisis the Clown.

For now, Crisis is a somewhat dapper clown hired by me to read my writings while I supposedly try to detox, all the while trying to figure a way to break from his contract. And that’s where we are now — photo of Crisis the Clown courtesy of Joe La Russo. 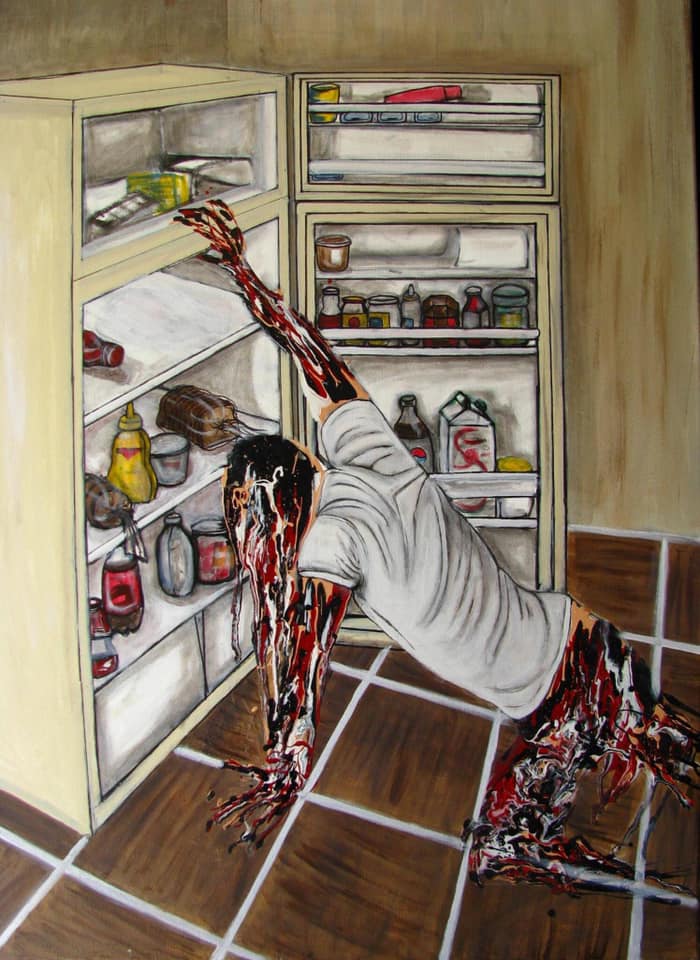 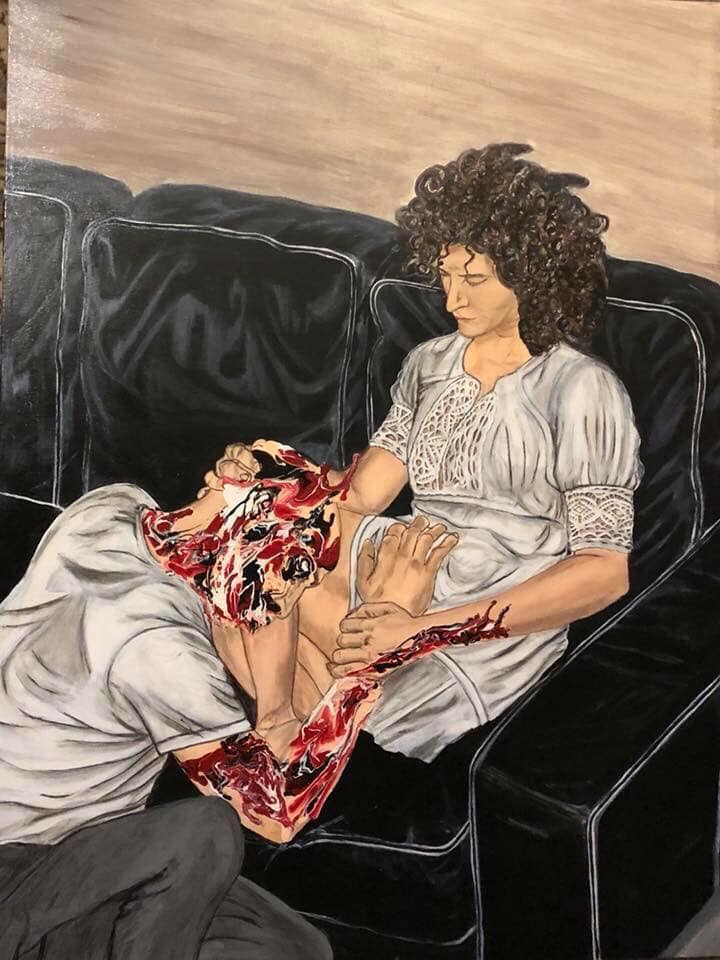 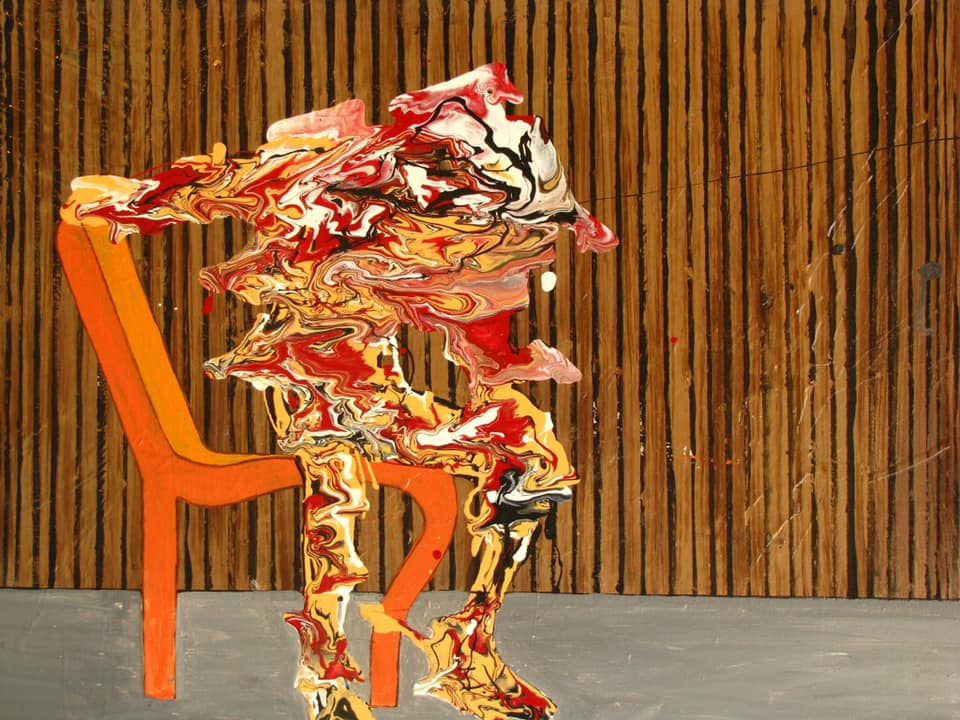 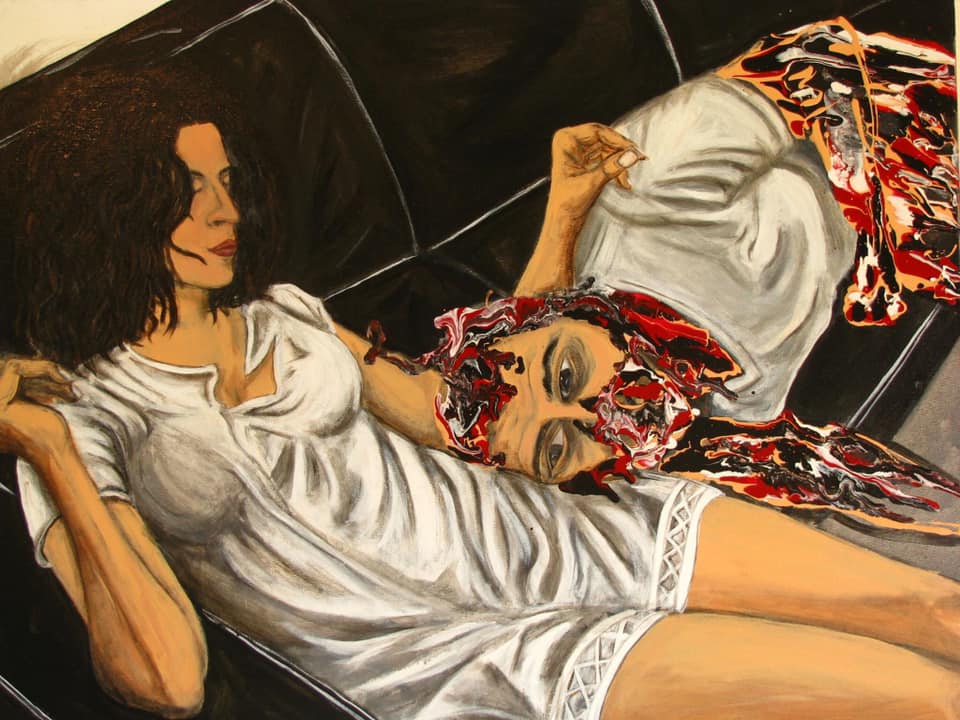 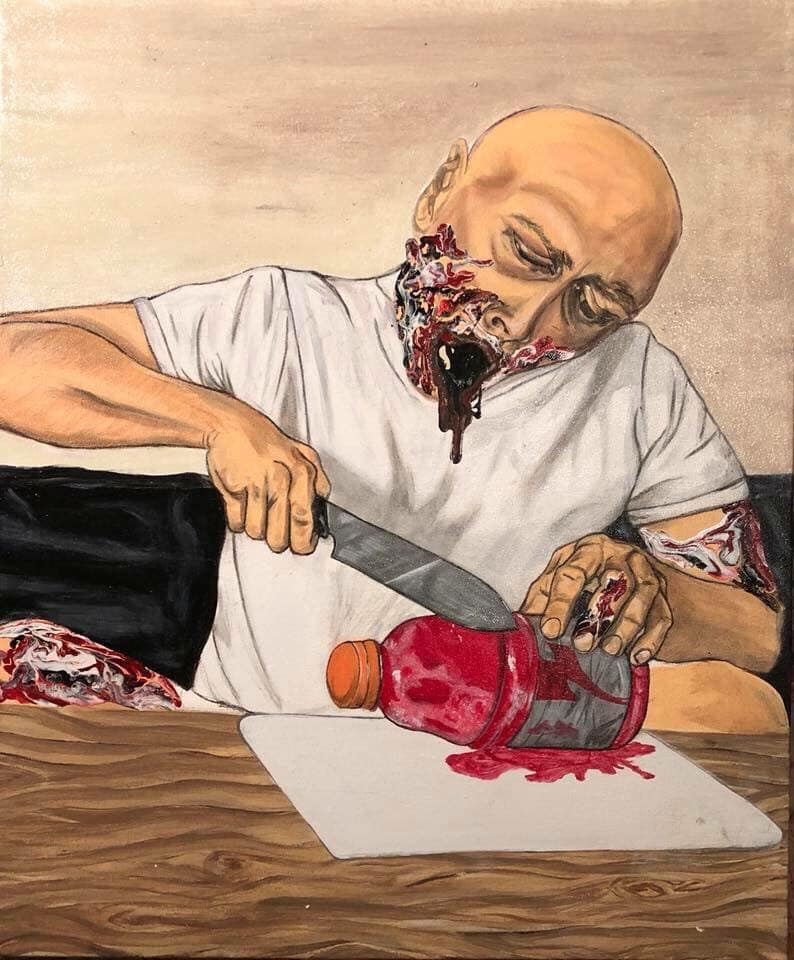 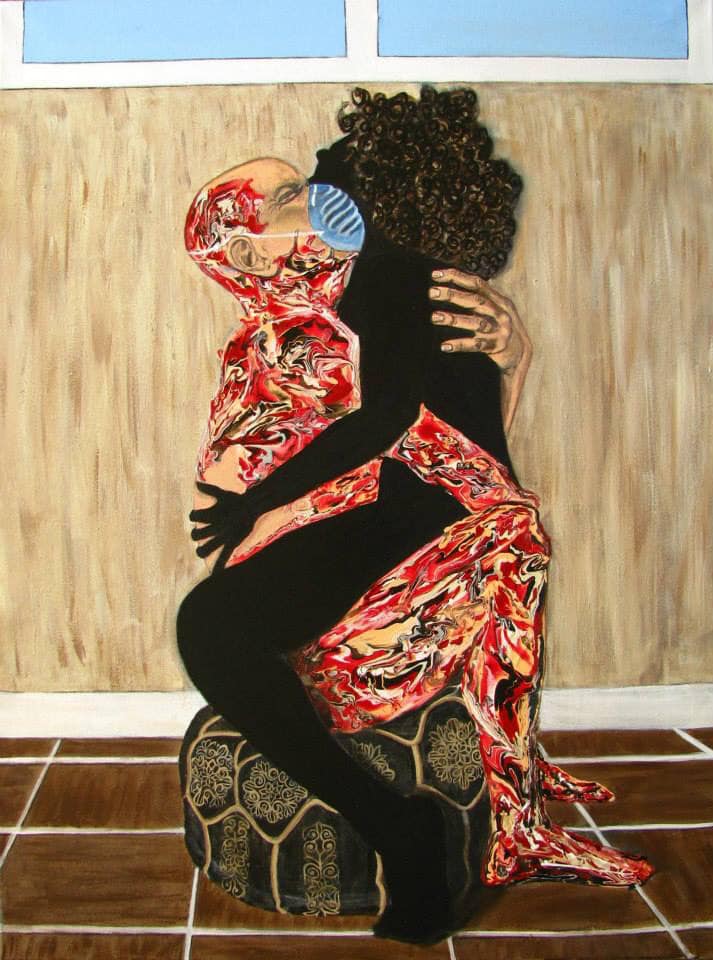 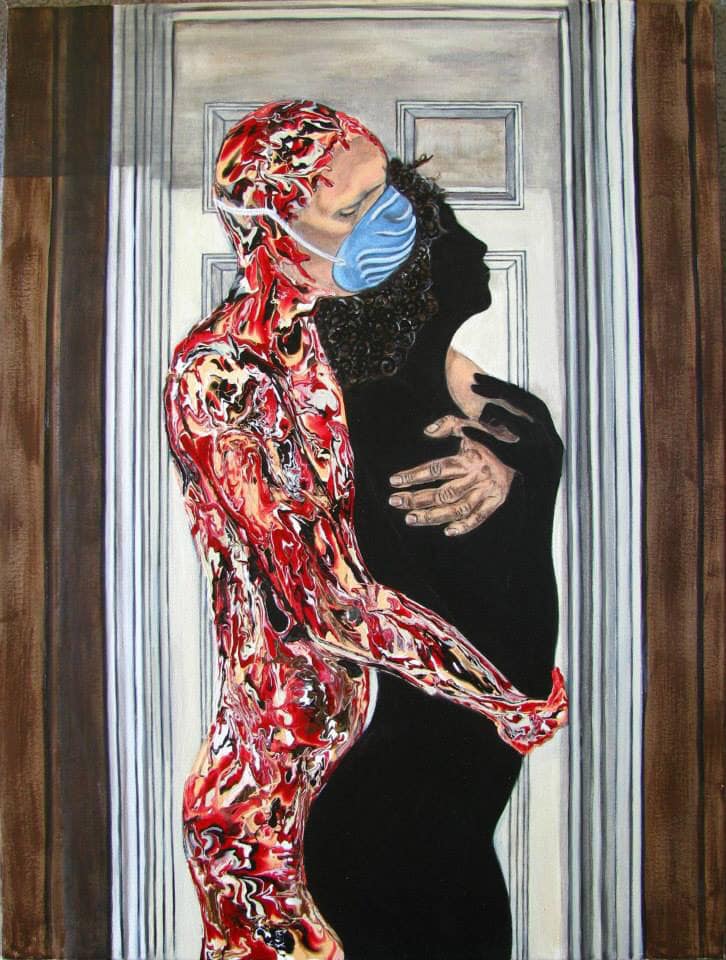 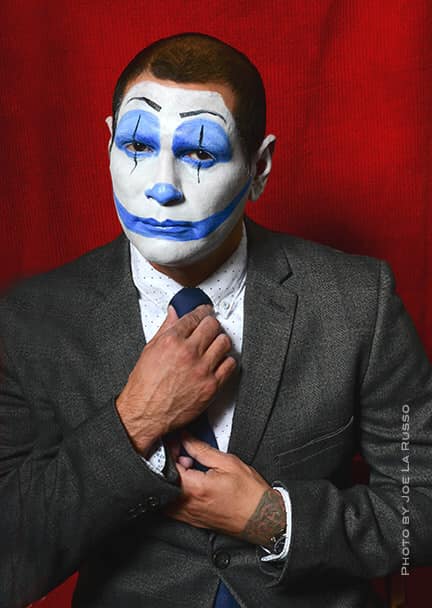 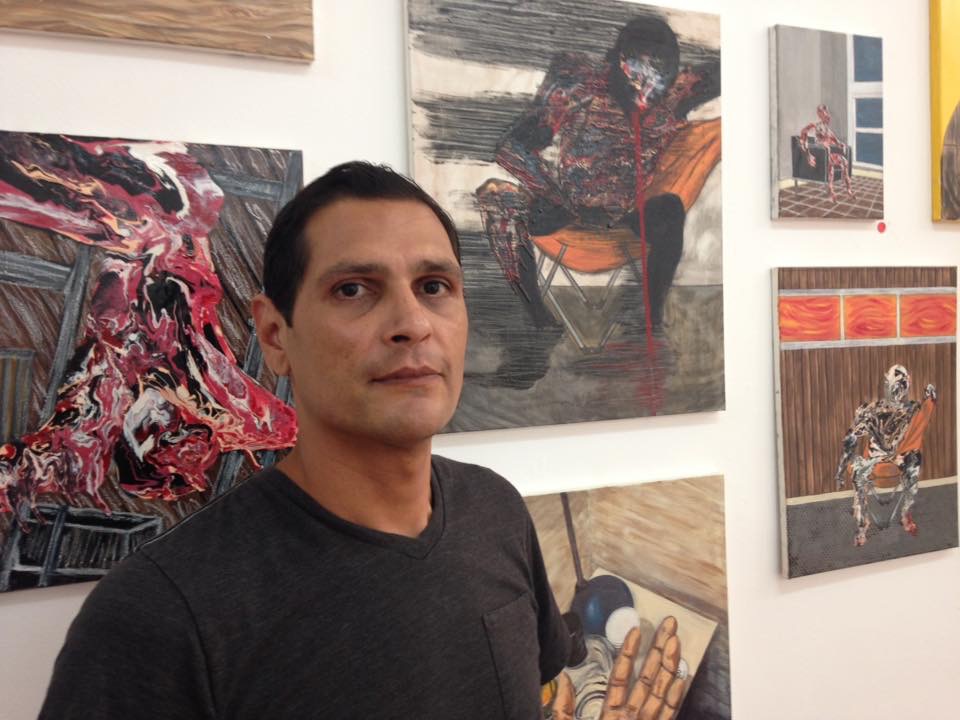