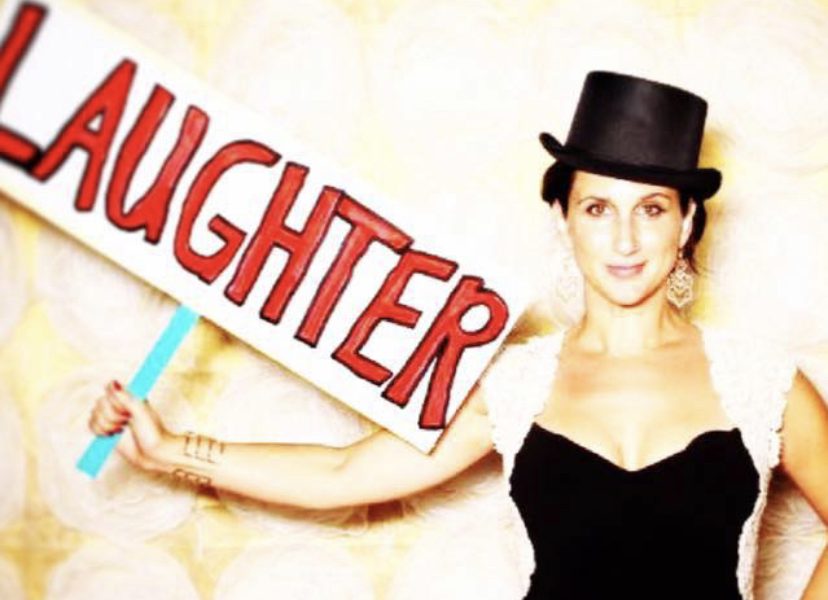 Today we’d like to introduce you to Ariane Price.

Thanks for sharing your story with us Ariane. So, let’s start at the beginning and we can move on from there.
When I moved to Los Angeles 18 years ago my dream was to be accepted into the esteemed Groundlings Main Company to write and perform sketch comedy and improv. After five years of hard work, I was asked to join the company where I have been performing, writing and teaching since. The Groundlings became my family and I thrived in the creative, hilarious and challenging environment.

While teaching at The Groundlings I developed a passion for helping women, specifically, find their voices not only as performers but in their lives. Improv has so many important tenents that we can use in our day to day life. I decided to create my own workshop and curriculum and my Women’s Workshop was born.

Over the course of eight weeks my students would take an idea they’ve been wanting to start… or finish… to completion. And get a chance to perform or read it to a live audience.

During those eight weeks a lot of growth happens. I give the students a number of assignments to help guide them to find what there voice is and what it wants to say.

The flood gates of creativity opened and I found myself in awe of the creativity these women sprung forth. Songs, poems, dances, scenes and monologues were churned out and I would use my skills to help edit, hone and polish these pieces all while encouraging the student to maintain their own point of view.

The shows give my students a chance to speak their truths. The audiences are warm and full of laughter and sometimes tears.

The class drew women of all ages. I once had an eight weeks session where there were four students over the age of 75. Talk about inspiring. These women came from all walks of life yet over the two months together became close knit. Many of my students still make plans to see each other long after their final performances.

Great, so let’s dig a little deeper into the story – has it been an easy path overall and if not, what were the challenges you’ve had to overcome?
Creatively, the road has been incredibly smooth. One of the things we work on in my class is letting go of self-judgment. Once the women let their guards down they create a trust where their creative selves can thrive. And they can use stories from their lives that they may have hidden or been ashamed of in the past – to create beautiful works of performance art, scenes, songs, poetry and the like.

The struggle I’ve had is getting the word out to people who may want to take my class. I find there is a huge desire for the workshops – once people hear about them. But the marketing and publicizing to get the word out is something that’s not in my wheelhouse of skills. Word of mouth goes a long way, in that I’ve had students tell their friends the positive growth (and fun!) they’ve had in class, and their friends want to do it. I’m learning how to get the word out to a wider population.

Please tell us about Women’s Improv, Writing & Empowerment Workshops.
I specialize in helping women (for now but would love to branch out to men and the non-binary population) find their creative voices. This often taps into more than their voice as a performer – and we get into things like finding value and confidence in ourselves. Each eight week session is full of creative writing and performance prompts that I created and haven’t heard or seen anywhere else. (You’ll have to take my class to get the inside info!) By the seventh week the students have multiple written pieces as well as some non-verbal performance pieces. They then choose which one they’d like to do in the show and that’s the one we hone. But after leaving my class you have a body of work to take further if you wish. I’ve had students take short two minute pieces they created in my class and turn them into films, solo shows and webseries.

When my students start class each of them gets a chance to talk about a project they have been thinking about but haven’t started, for whatever reason. We delve into these “passion projects” and while they can’t be completed in eight weeks- they are often much further along on the process of making that one dream project happen.  There are also people who know they want to create SOMETHING but just don’t know WHAT. We are often able to get those students to realize what it is they want to create and start that process as well.

The improv world used to be dominated by men. There would usually be only one or two women on an improv team. Women are raised to “be polite.” and in some conservative societies to “know their place.” When more and more women came into the improv world- due in part to the popularity of the film my Groundlings colleagues, Annie Mumolo and Kristen Wiig wrote – Bridesmaids – I began to see a need for a safe space where female voices could be heard. Of course, there is also the stereotype that women don’t support each other professionally. And that there is a competitive element. In my workshops we focus on lifting one another to higher levels. So that we can all succeed together. You don’t have to put someone else down to feel better about yourself.

I’ve had a challenging, yet fulfilling, career as an actor and writer and as continue to peruse that path. Because I am a professional and am “in the arena” so to speak – I can help others. With real inside knowledge of what’s it’s like to pursue this extremely difficult career in a town that often makes people feel Inferior for not looking a certain way or having a certain level of success. We discuss what “success” Even means.

I’m proud of the fact that my students go away saying that in some way, their lives have been changed for the better, because of the work they did and the guidance they received in my class. It’s actually an incredible movement. I hear about women wanting to support other women but I don’t really see it in action as often as I’d like. In my workshops it’s right there in front of my eyes, and it seems to continue after the class has ended, with women collaborating on projects.

I’m also proud to spread the notion that we are artists – not just part of the Hollywood “Machine.”  This business can wear one down. To remember we are creating art is important.

Of course, people need to make a living. But if they are depressed and don’t know who they even are creatively – that’s not going to happen in a healthy or organic way. So I believe it starts with exploring who you really are and what you really want to say as an artist. That can lead to work, and creative fulfillment.

I’m proud because I can say that I have started a movement where women are truly empowering women to feel stronger and better about themselves.

Do you look back particularly fondly on any memories from childhood?
My mother died when I was just three years old – despite this and some other rocky childhood challenges – I have too many happy memories to even fit here. Laughter has been an elixir to me my whole life. I remember in elementary school sitting with my friends at recess, creating skits and stories and just laughing until our faces hurt. This continued into college and I feel incredibly lucky to be an adult who still gets to create stories, collaborate, and laugh with my friends and coworkers. I think I’ve been chasing that collective and bonding laughter my whole life. 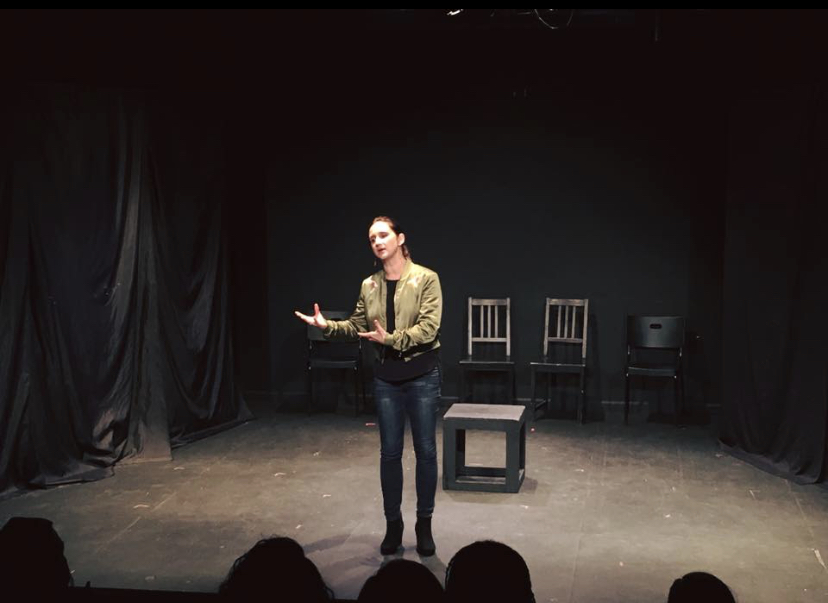 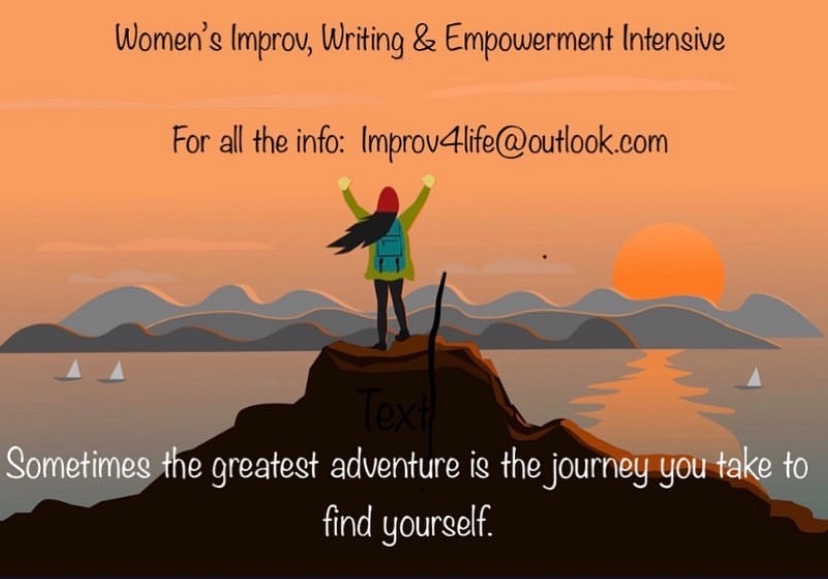 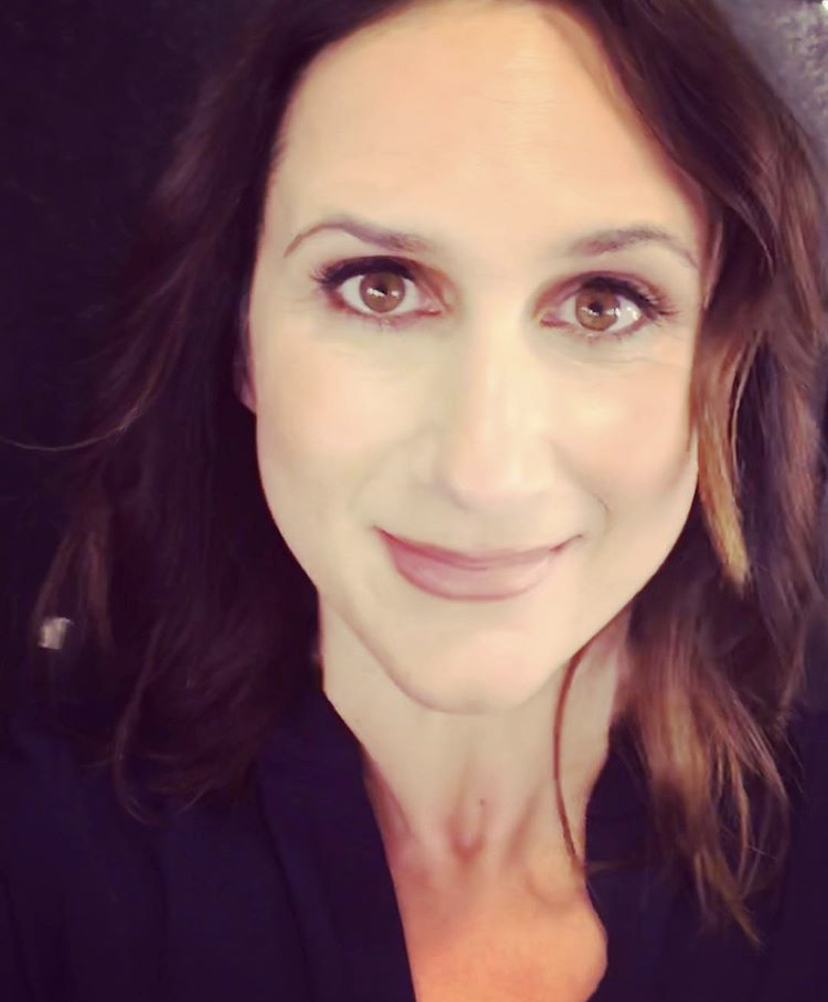