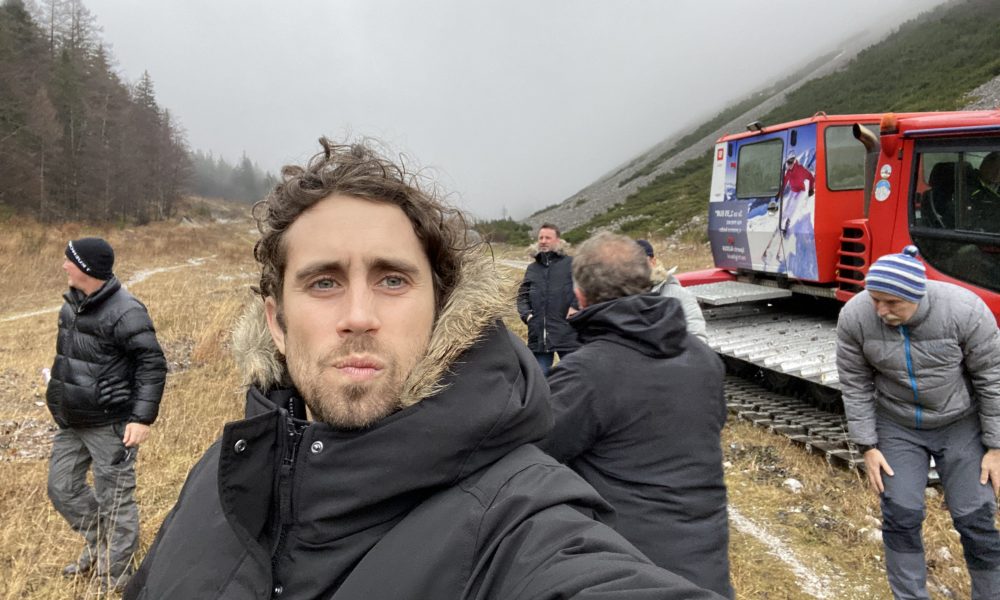 Today we’d like to introduce you to Ari Costa.

Thanks for sharing your story with us Ari. So, let’s start at the beginning and we can move on from there.
I went to Emerson College and upon graduation moved out to LA. It happened to be right during the writer’s strike in 2007, but I was lucky enough to have friends in the NBC Page program who helped me get a job there. I did studio tours, having to memorize deep cut details of Days of Our Lives, seated the audience on The Tonight Show with Jay Leno, and shadowed different departments at NBC. This got me in the door working as a coordinator in Comedy Development at NBC where I worked on comedic classics The Office, Parks and Rec, and 30 Rock as well as drama Friday Night Lights.

After a year or so there, I really wanted to get closer to the shows we were making, to see how things worked on set. We were developing the comedy, Community internally and I met Joe and Anthony Russo. Their assistant told me she was hoping to get promoted and an assistant position may be opening up, so like any persistent person at the start of their career, I took her out to drinks once or twice a month for six months trying to make sure when the job opened it was mine. Eventually, I wore them down and I started working with the Russo’s in 2010 on the second season of Community. Quickly after they won the gig directing Captain America: The Winter Soldier, with its success came Captain America: Civil War. Quickly recognizing a need to maintain a unity of vision and communication between main unit and second unit, I was promoted to Associate Producer. I worked in this capacity on Avengers: Infinity War and Avengers: Endgame for the Bros. Concurrently while working for the Russo’s I was developing my own career as a writer and director working on short films, commercials, music videos and directing 2nd unit.

After all their success with Marvel, The Russo’s started their company AGBO where I’ve been working in production, producing movies like Netflix’s, Extraction and forthcoming, Mosul.

We’re always bombarded by how great it is to pursue your passion, etc – but we’ve spoken with enough people to know that it’s not always easy. Overall, would you say things have been easy for you?
Things seem easy in retrospect but I remember thinking the next step would never come while I was living in it. It took me a long time to realize nobody else was going to advocate for me or think of me unless I put the thought in their head. I was not someone who entered the industry knowing exactly what I wanted to do or what path I was going to go down. Working with the Russo’s has been an amazing learning experience and they’ve been really good to me. The biggest struggle was being young in this industry and waiting for “things to begin,” waiting for your dreams and goals to be realized. I also think working in a producorial capacity can be difficult, you’re constantly working with new voices but you need to be comfortable expressing your opinion and remaining steadfast while also being open to other’s thoughts and insights. One thing the Russo’s instilled upon me early on was to be nice to everyone, there is no reason for shouting or to be rude on set, and also that “the best idea wins.” Meaning a great idea can come from anywhere, and you should be open to it.

Another challenge has been juggling the job of producing with my own ambitions to direct. Luckily my company has never looked at it as a conflict of interest, and support my path, even looking at those desires and skills as an asset. We all wear many hats. It took me a long time to learn this, thinking people only want to see you as one thing, but nobody is truly one thing, thats just not the way the world works, especially if you have an entrepreneurial spirit.

Please tell us about AGBO Films.
AGBO was started at the end of 2017 with the goal of exploring rich expansive worlds and complex characters, similar to the way the Russo’s have on their four Marvel films. They were also inspired by the likes of Steven Soderbergh to seek out and support upcoming talent, similar to the way he discovered them at Slamdance and consequently produced their first feature.

I work as SVP of Production and handle everything from meeting with directors, cinematographers, production designers, etc., to supervising budgets, location scouts, and on set production. I work a lot with my creative counterparts transitioning their projects from script to reality.

I’m not sure if this sets me apart from others but I truly love cinema, and my favorite part of my job is meeting with the folks that actively make it, the heads of department. Whether it’s meeting with an up and coming cinematographer who just shot an episode of Euphoria or speaking with the costume designer of Black Panther. I nerd out with these experts as they chat about their craft, how they process story, and what inspires them creatively.

What were you like growing up?
Growing up, I was fairly shy, but once you got to know me, my weird, slightly quirky personality shined through. Starting in the 6th grade and moving all through high school, I would go to the movies and dinner with my grandfather every Monday night. I wouldn’t miss it for a cold or a fever, it was my education and the thing I looked forward to on a weekly basis. I would use these nights to escape in cinema and developed an appreciation for all types of movies. In high school, since I was pretty afraid of public speaking, I would weasel my ways out of verbal presentations and opt to make a movie instead. It was just an easier way to express myself. My father showed me Back to the Future at a very early age and its always been my north star, nothing is better than that movie. 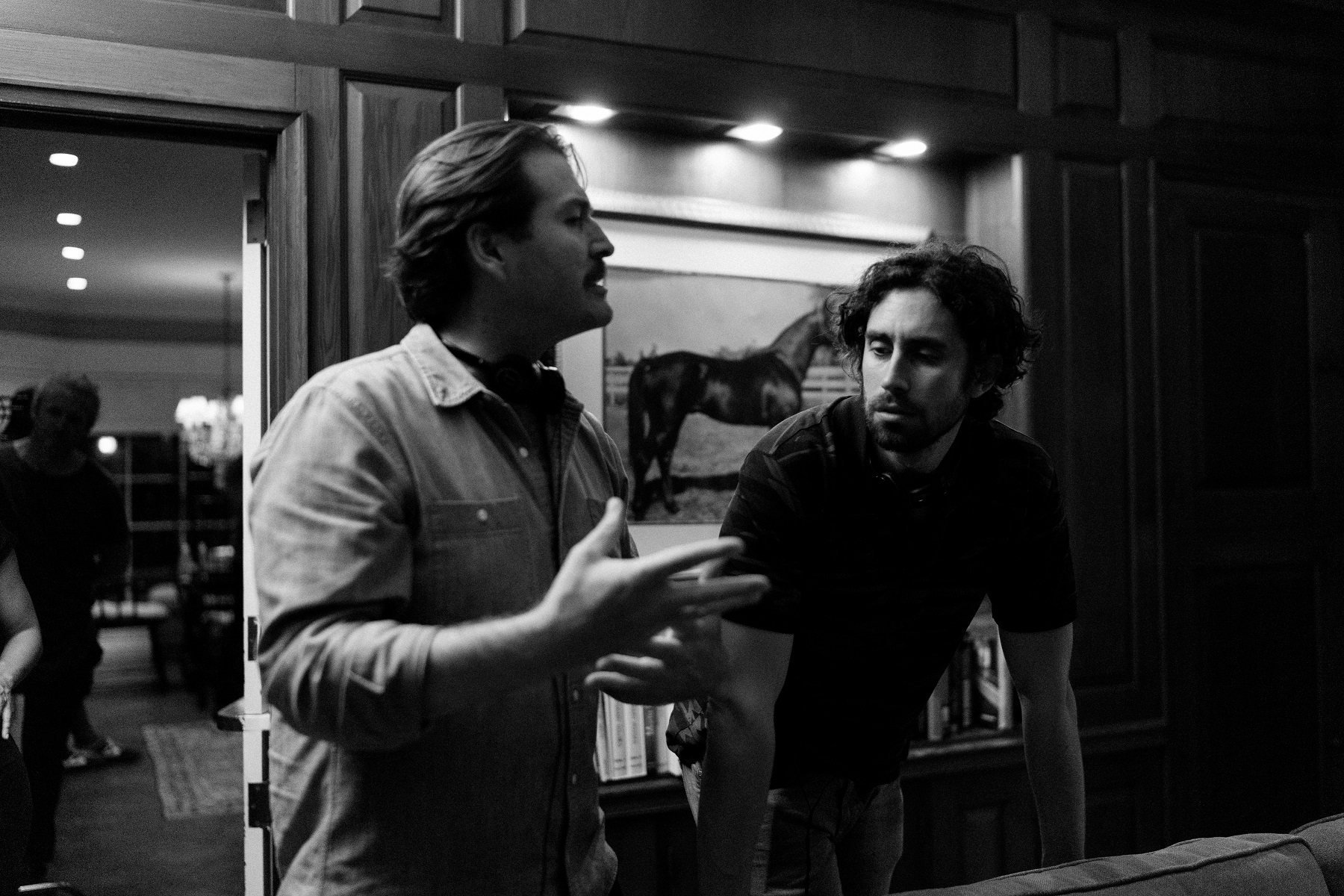