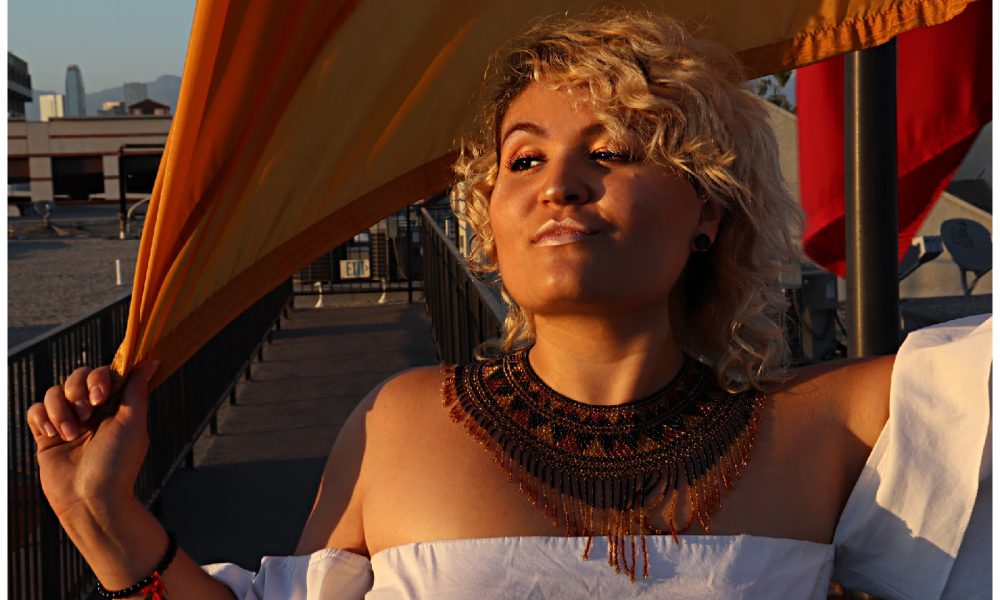 Today we’d like to introduce you to Arantza Vazquez.

Arantza, let’s start with your story. We’d love to hear how you got started and how the journey has been so far.
I was born and raised in Mexico City. My family loves music so my passion for it started from a very young age. I was lucky to grow up surrounded by pianos so I developed a close relationship with them. One of my earliest memories is playing the piano on my dad’s lap as a baby. Him and my grandpa played it amazingly and one of my biggest joys was to listen and dance to whatever they played for hours. When I was about five, my grandma introduced me to singing, and I got obsessed with it haha. It became a real part of me since then. Around seven, I started creating my own little songs but I really just kept them to myself. It took me a while before I first showed them to my family. At 11, I saw the opportunity to perform at a talent show in my school so I decided to go for it. I did a cover in Spanish accompanying myself on the piano and after seeing the amazing reaction of the audience and feeling the hype of the applause and cheering I got hooked. I’ve been publicly performing ever since. I got very involved with musical theatre since middle school too so that also developed my passion for performing.

Later on as a teenager, I had my first encounter with Berklee College of Music in the summer of 2011 when I attended the 5-week program. It was then when I realized I wanted to study music and make a career out of it. I auditioned and got a full ride for a second summer program. Then in 2012, I auditioned again and earned a scholarship to go to college there. My life changed completely, and it was then when I felt like everything was in the right place. I moved to the states in 2013 and lived in Boston for five years. There I met and collaborate with so many talented musicians and artists from all around the world and performed in the biggest productions of the school. In places like the Berklee Performance Center, Symphony Hall, and the Agganis Arena.

I graduated on May ’18 from both Performance and Songwriting majors and decided to move to L.A. to pursue my dreams. It felt like the best fit for me so I took a leap of faith. It was an amazing decision. I love it out here! I’ve been writing new music, recording, collaborating with many people and working on my debut EP. I’ve also been performing a lot. Singing my music around in several places like The Mint, The Viper Room and more.

Has it been a smooth road?
It hasn’t been a smooth road for me. I thought my experience in Boston was living the adult live. Mainly because of the fact that I moved out from home and was living by myself without any family in another country, besides so many other things I lived there. Oh boy but I was wrong, how naive haha. It was until I moved to L.A. that I had a good taste of the real adult life without that safety net I had in college and struggled with a lot of instability, specially my housing situation. I experienced really crazy experiences with roommates and not in a good way haha. Starting out fresh in this city was much harder than what I thought. It took me a while to adjust to it like the huge distances. Even though I had friends out here, it took me a while to find my group of people. I encountered difficult situations like abusive booking agents and very unreliable and unprofessional musicians and producers.

We’d love to hear more about your work and what you are currently focused on. What else should we know?
I’m a very soulful and passionate singer. I’m known for my huge range and powerful belting. I specialize in songwriting, but I’m also a session vocalist, music producer, arranger, and I can act too. I love cultural diversity so I sing in many different styles and other languages besides English and Spanish, like Italian, French, some Hindi and Japanese. But my main genres are Soul/R&B since I grew up listening to that. I have a great ear so melodies come to me like magic so that’s why I’m great at top-lining, which I’m very proud of. I also love producing my songs and arrange them because I can hear all the instruments and melodies in my head. Being able to bring them to life by recording them and then listen to them out loud excites me the most.

Collaborating with other producers/songwriters is something that I love because being able to connect with someone on a musical level and create something together is the most powerful and beautiful thing to me. I think what sets me apart from others is my versatility as a singer and musicianship. As well as my ability to blend with so many different voices and styles by being very tasteful and not overstepping. My tone can be light or dark since I have a great control of my voice.

Let’s touch on your thoughts about our city – what do you like the most and least?
What I like the most about LA is the music scene out here. The amount of creative artists, concerts and jam sessions. I love the cultural diversity, specially the huge Latin heritage and community. Also the fact that there’s always something happening and being able to go out every night of the week. But mainly the opportunities you can get out here and the networking. What I dislike the most is the huge distances and the fact that you can meet the most fake and superficial people ever haha. 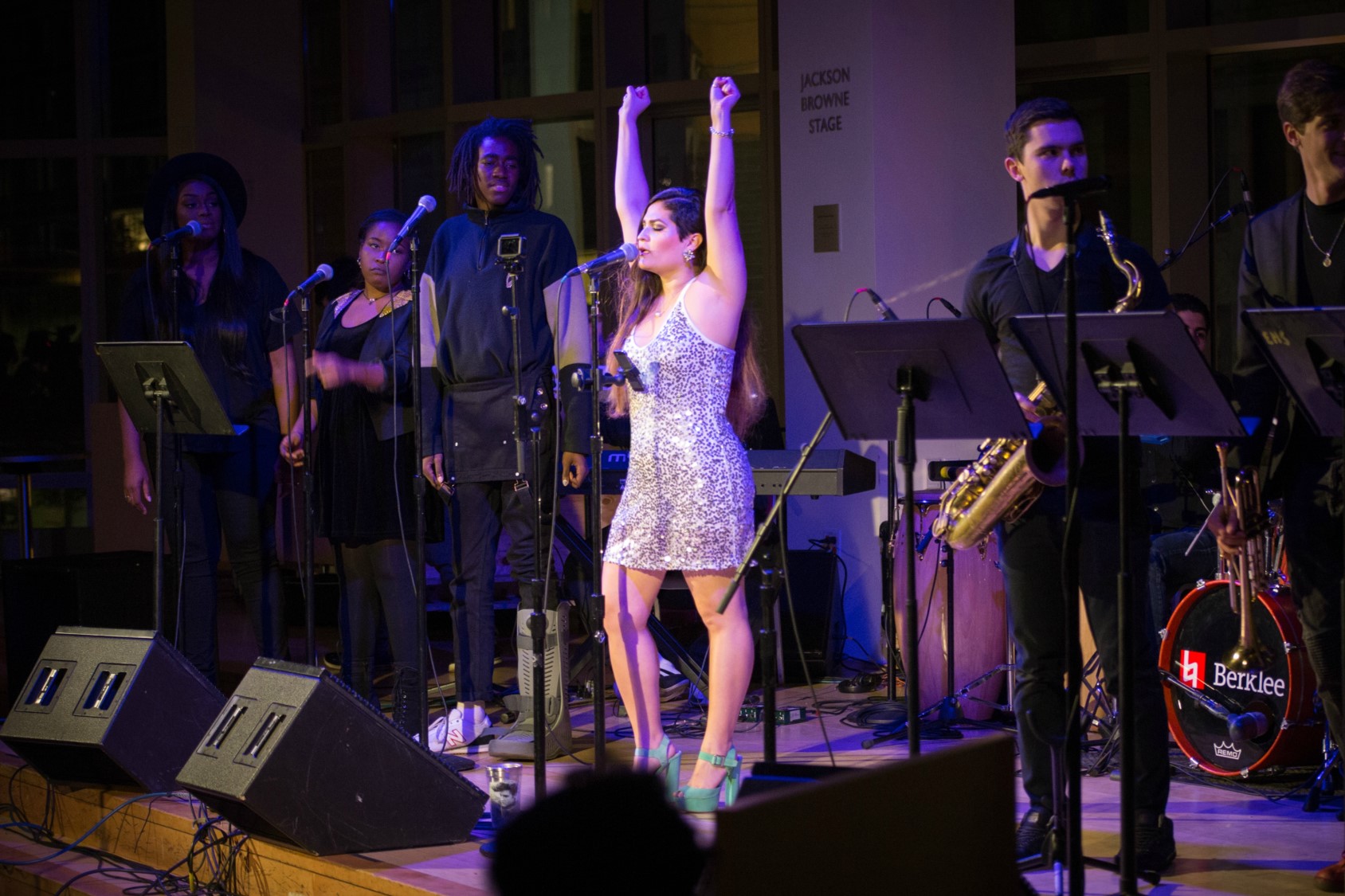 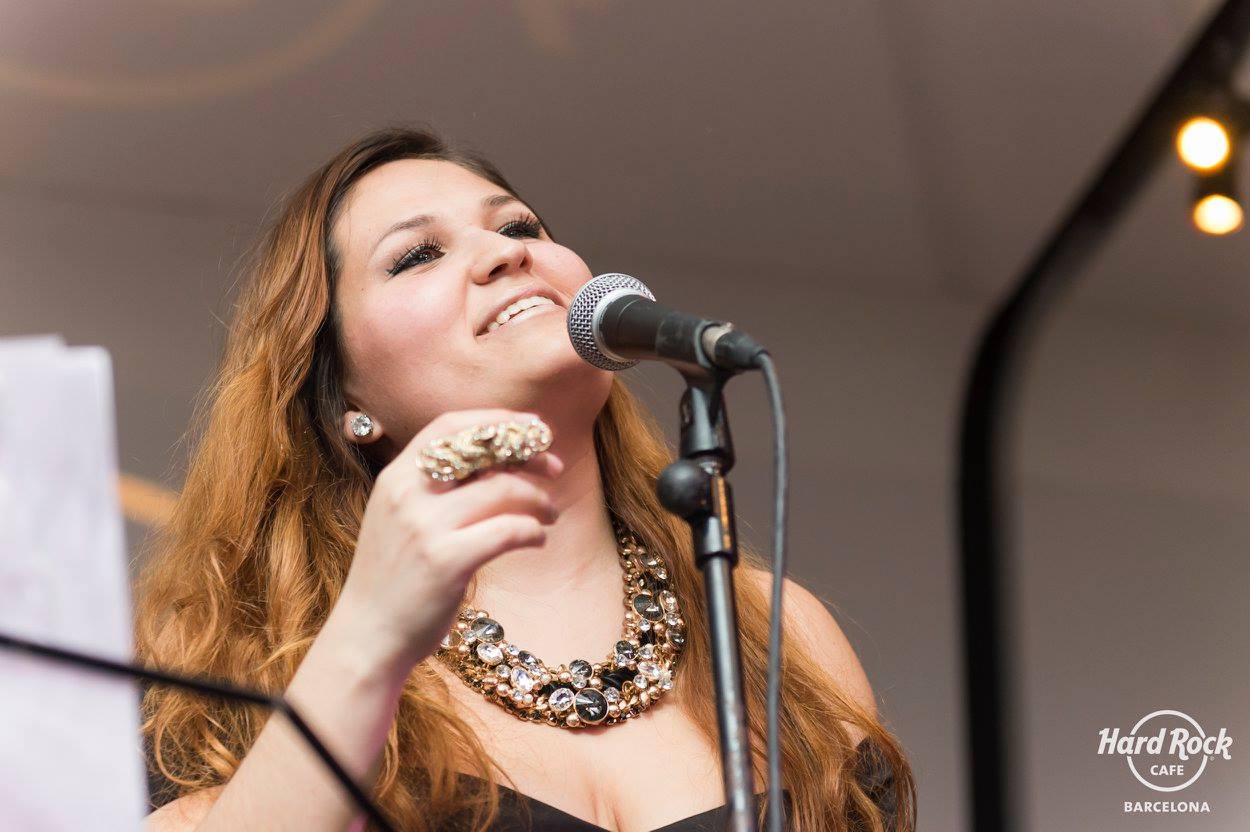 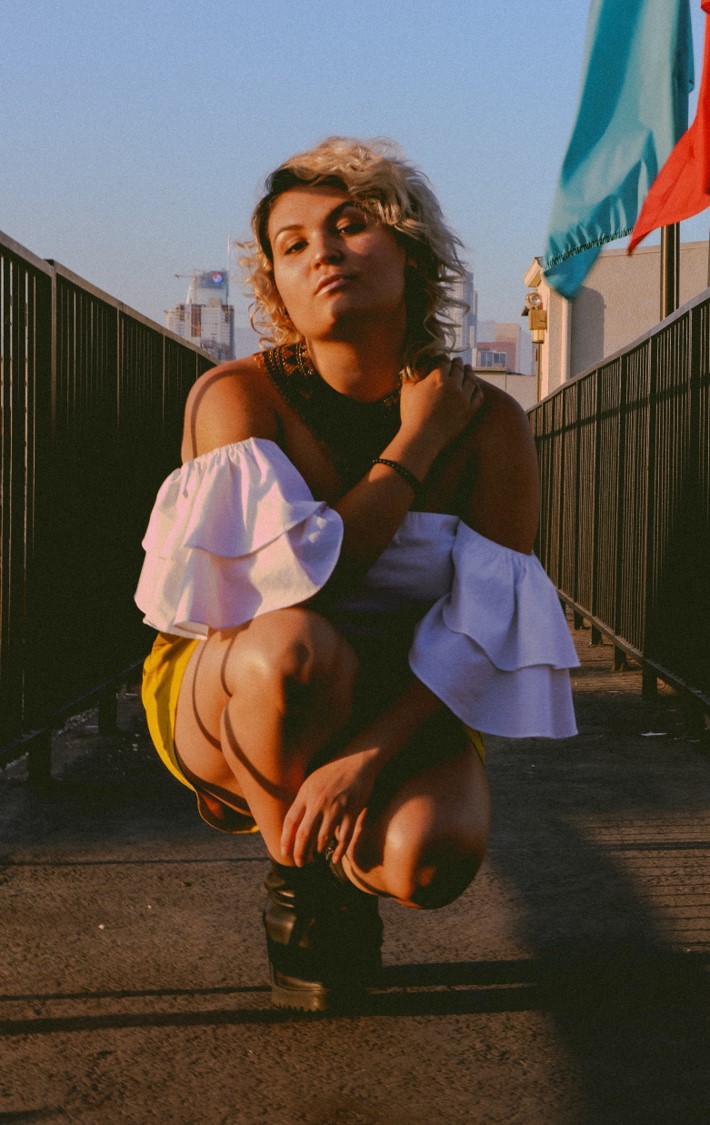 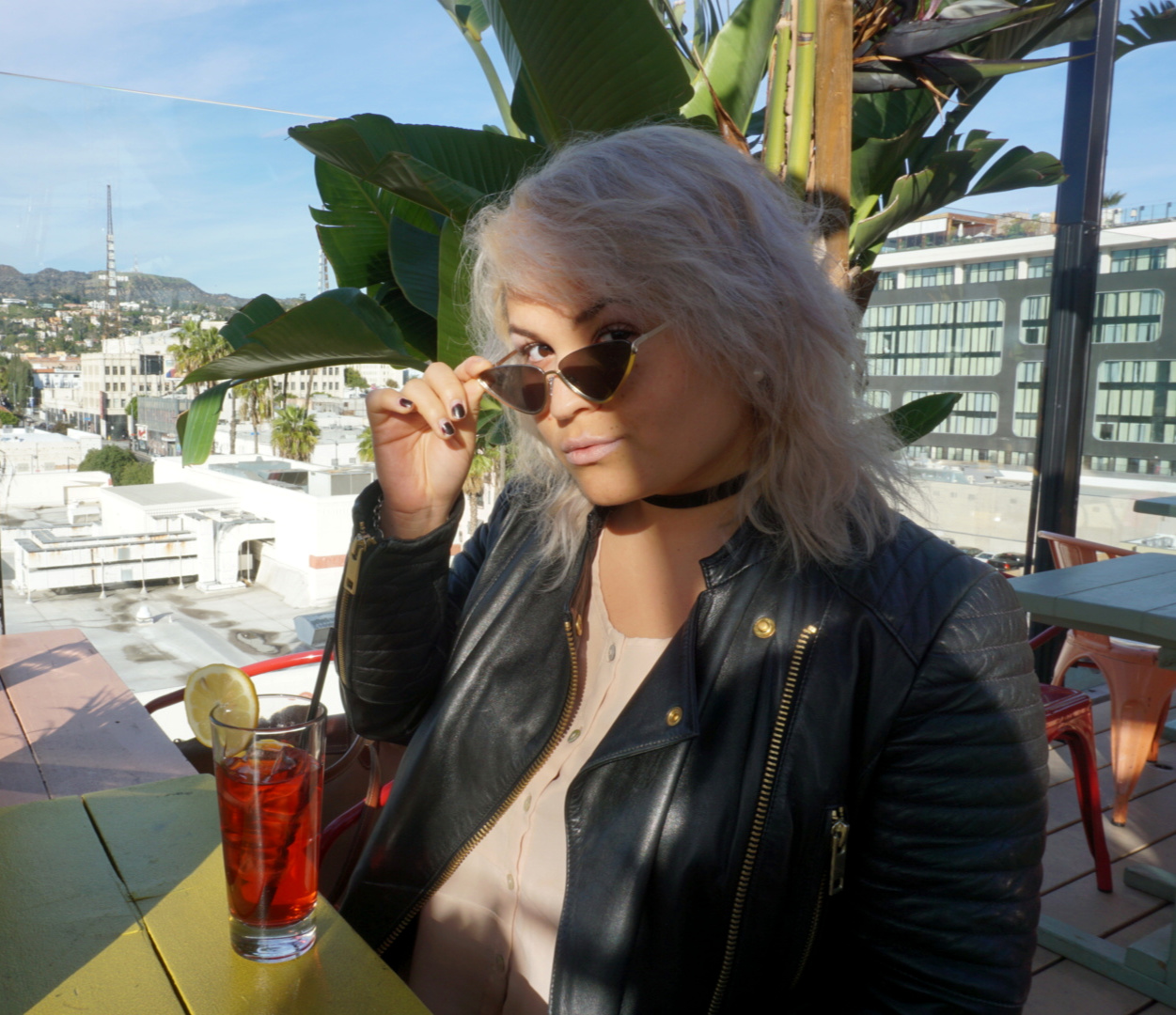 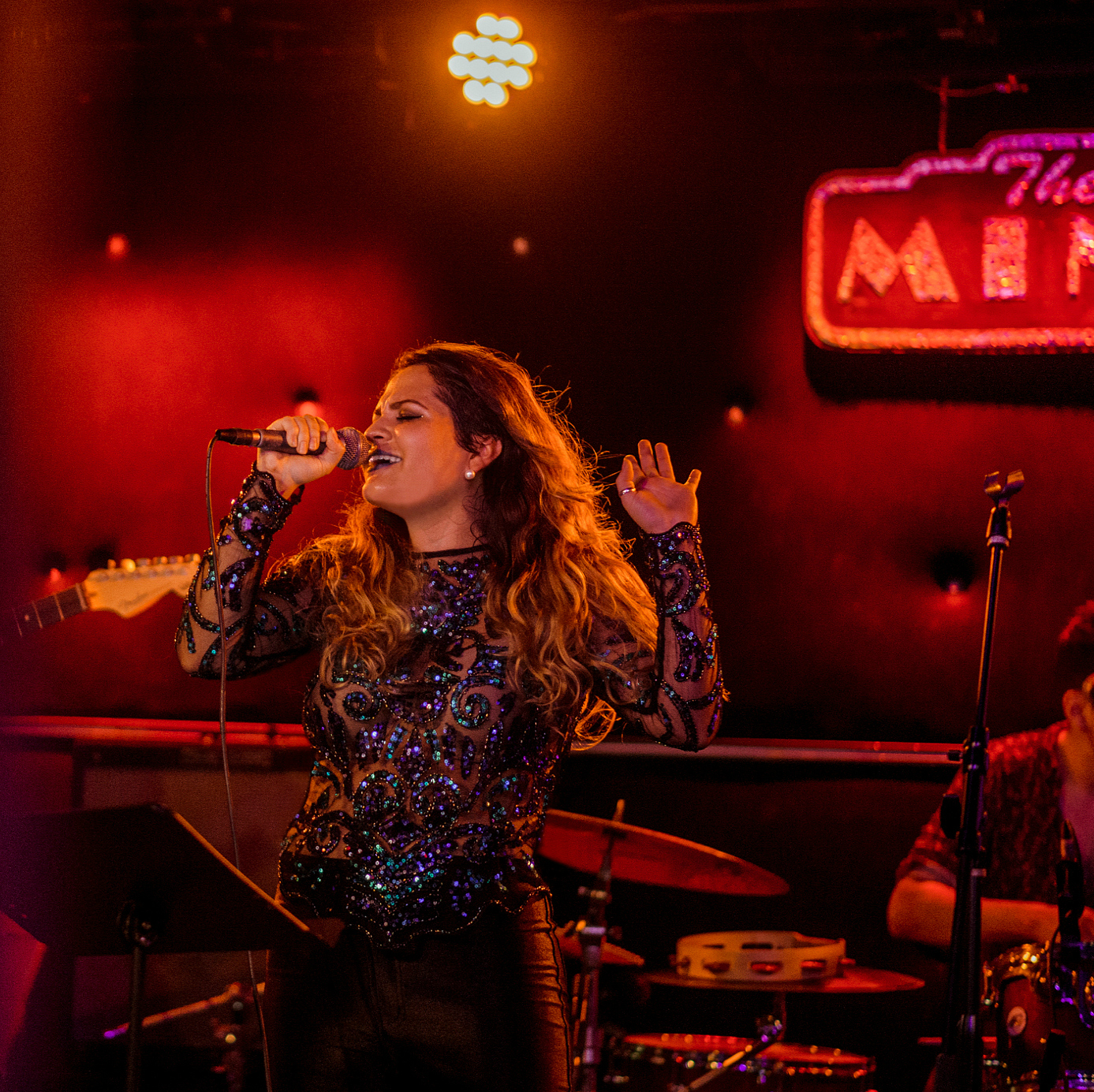 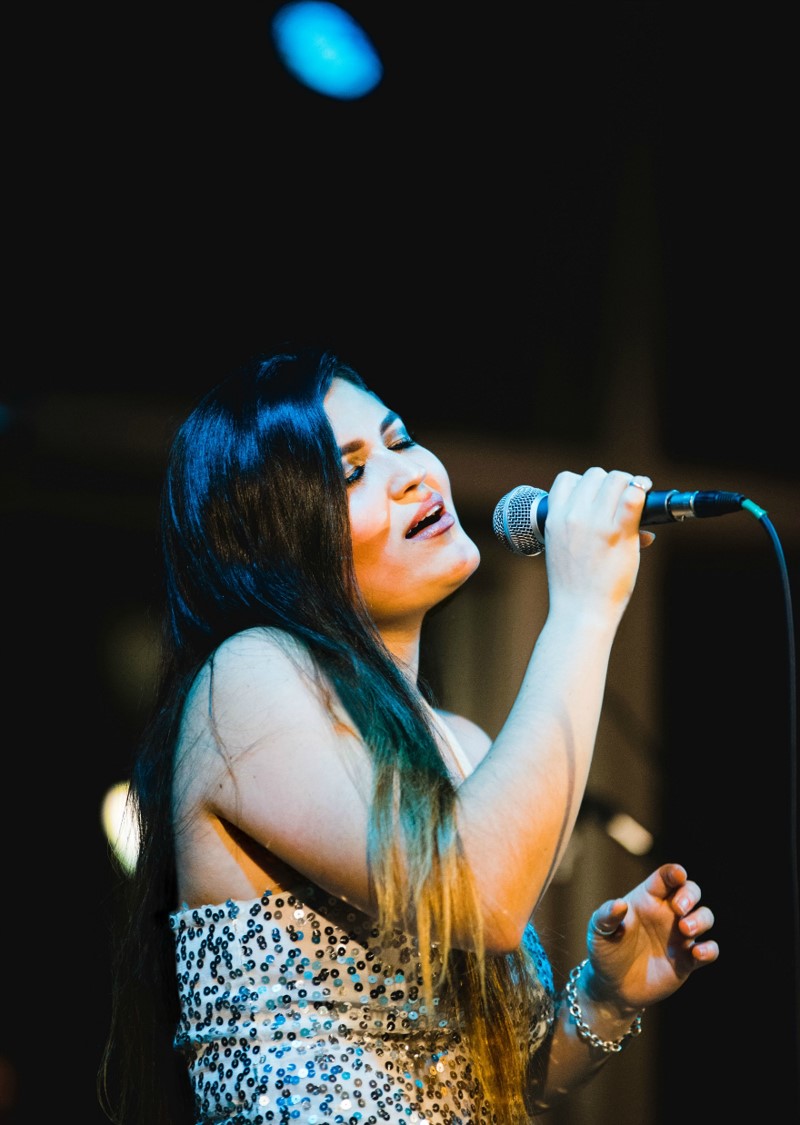