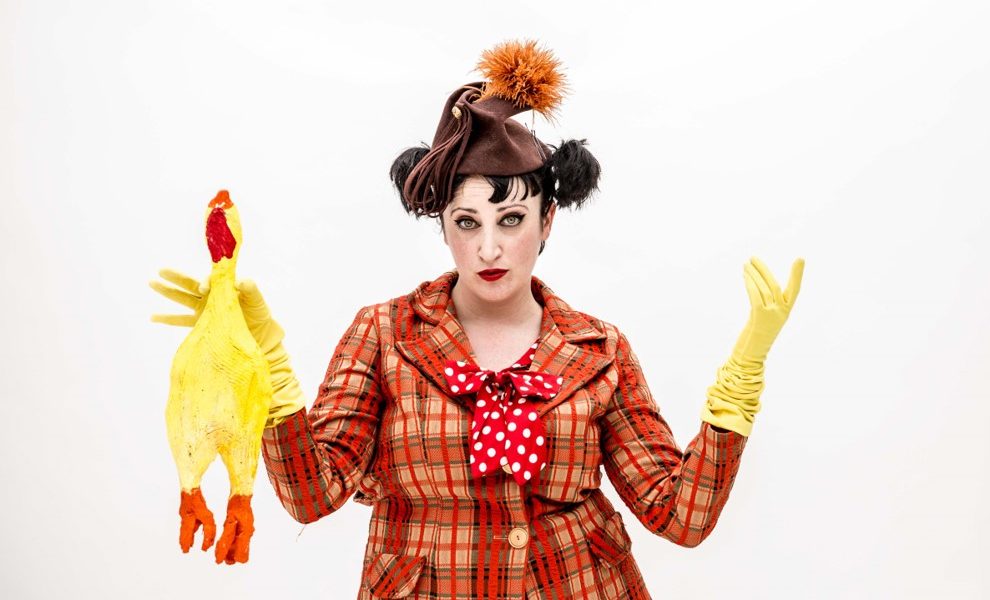 Today we’d like to introduce you to April Hava Shenkman.

Developing her unique style of comedy over the past decade, April has been noted as a “true original” in the comedy scene. Inspired by the Golden Age of Hollywood, Vaudeville, European Theatre & the Avant-garde, Hava’s comedy gives birth to a new genre all of its own. Her impeccable technique and vastly vocalized performances infuse golden era star impersonations, speed talking, operatic impromptus, gibberish, & every so often, jokes!

Imagine The Judy Garland Show directed by Federico Fellini, to get a feel for what you’re in for when you experience an April Hava Shenkman performance. She’s an Artist who possesses the rare ability to make you laugh & cry, without even knowing why. Entrancing audiences for years, her work transcends time, touches the human core and magically whirls wonder.

My path as a performer started as a child in the bathroom mirror, as I imagined myself as Judy Garland in The Wizard of Oz. Since childhood, I’ve had a strong affinity towards Old Hollywood & Broadway, possessing a sentiment greater than my age. Later this sentiment transformed into an obsessed quest to re-create the golden age now.

As the grand-daughter of Hollywood Animator, Ben Shenkman, I grew up around his famous caricatures of the stars, which always seemed to watch over me, as I wanted to be one of them. Greatly inspired by the creative whimsy of my father, Chickster Shenkman, he & I would do voices, makeup stories, & sing songs from the radio days. I fell in love with the stage the first time I went on it, at twelve and belted “Give My Regards to Old Broadway.”

When I started, I sang like Ethel Merman and danced like Charlie Chaplin. I looked up to the greats. Growing up in Musical theatre and always landing the “character role,” I was described in my youth, as a great “Character Actress.” Little by little, the clown emerged from within and has been leading the way ever since.

I started auditioning when I was a teenager with a classic Hollywood agent. It blows my husbands mind that I danced in the Beck music video “New Pollution.” I received a 4-year Theatre scholarship for Acting at The University of La Verne in Southern CA, where I was invited to perform at The International Youth Theatre Festival in Mostar Bosnia in 1999. This marked my first trip abroad, which forever expanded my world view of life, art & Theatre.

I moved outside London to attend the Guildford School of Acting as a postgraduate. Further expanding my technique and disciplines as a serious actress. No matter how serious I took myself as an actor, and I was Betty Davis serious, my performances were always oozing with comedy and absurdism. A turning point for me, was my first solo show “Apples on Strings,” It opened the path for me as Comedic Performance Artist.

Once I deviated from straight acting into creating my own weird, fantastical work I could never go back. When I learned about legendary performance artist Rachel Rosenthal and realized she was an Artist that spoke my language, I knew I needed to work with her. So I went to study with Rachel and joined the Rachel Rosenthal Company performing in Los Angeles between 2004-2007. Working with Rachel, advanced my work deeper into the realms of the avant-garde.

In 2006, I became apart of the underground comedy scene in L.A. I have shared the stage with  Bob Odenkirk, Frank Corniff, Maria Bamford, Emo Phillips, Chuck McCann, Fred Armisen, Reggie Watts, Eric Andre & Ron Lynch. I was fortunate to work and learn from so many amazing and strange legends.

I have been a regular in shows, such as, Garage Comedy, The Talk Show, Cartoon Dump, The Breakfast Show, The Tomorrow Show, American Parlor Songbook, Women in Vaudeville, and Boobie Trap, to name a few. In 2010, I hosted my own comedy vaudeville show THE HAPPY HAPPY SHOW which ran weekly at the historic El Cid. Eventually, I turned it into a comedy art web series on YouTube.In 2012 I created a second comedy art video series HAVA Calendar with a film for each month. My films have been presented as video installations in many galleries. My first was at Rupert Raven’s Contemporary in Newark New Jersey were I showed with brilliant New York artist Jared Whitham, who later became my Husband.

By 30, the white face peeled off, and I felt I no longer need to externalize her “clown,” I was the clown, and have been pursuing comedy ever since. I continue to have a love affair with art & comedy in many mediums, often collaborating with my Husband, Jared. I produced The Garage Sale Documentary with Jared, featuring Phyllis Diller. Besides films & film series, I’ve made a clay animation, an autobiography comic book, a 16-foot tall giant sculpture installation of myself, that I performed inside of, and continue to perform comedy locally & nationally.

My last solo show Cockamamie was presented April 1st, 2017 by Trepany House at the Steve Allen Theater in Hollywood. In 2017, I made my national TV debut on the premiere episode of The Gong Show, airing on ABC. I performed my famous “Speed Talking Pig” speech, didn’t get gonged, and wowed celebrity judges, Will Arnett, Ken Jeong & Zach Galifianakis.

Great, so let’s dig a little deeper into the story – has it been an easy path overall and if not, what were the challenges you’ve had to overcome?
The Artist’s road is mysterious. I think one of the biggest mysteries or curiosities of my work, is learning how to describe, label or place it. My style of comedy lives somewhere between genres, & forms. When something can’t be described or categorized, it often gets left out.

So I’m continuously reminded to Produce my own work. “Making it,” is just that, making it. Making the work. “Let them come to you. Build it, and they will come.” Every Artist encounters that to a certain degree. It gets tiresome to have to continuously invent the road I walk on, but hopefully eventually, the road catches up to me and magically starts rolling out the carpet, hopefully, it will be red!

Most will tell you entertainment and the arts are crazy when it comes to the business side. It takes tough skin to persevere, especially when you’re a woman doing something new. I love my audiences, and I love to make work that inspires and makes people feeling better about themselves. Jared tells me “You’ve been given special gifts and talents share them with the world.”

And this is what I do, I share the innermost depths of my existence through the art of comedy. So it’s more than just show business for me. It’s something even greater. Something beyond words & reason. I feel lucky to be an Artist. Artist’s live rich lives. One doesn’t choose to be an Artist, one just is. It’s just a matter of allowing oneself to be. The challenge is convincing the world to support the necessity for Artists to be Artists.

We’d love to hear more about what you do.
I am currently Producing with my family a weekly LIVE STREAM COMEDY SERIES on YouTube called CHICKSTER’S NEST LIVE, presented by SHENKMAN STUDIO. I co-direct the unscripted show with my husband Jared Whitham, and co-star on the show with my Father, Chickster Shenkman & my Mother, Marilyn Shenkman.

Chickster’s Nest LIVE is streaming EVERY WEDNESDAY 8 pm on YouTube Visit Chicksters Nest Channel on YouTube, where you can watch over 40 episodes archived. Subscribe & experience the madness like no other show on the internet. Based on the award-winning TV pilot. Now in its 2nd year running!

I have a Science Fiction feature film in the works with Jared, that I’m producing and starring in. Production to start this year.

And I am writing my new Comedy Special, “Flocked Out” to premiere this year!

First of all, I’m lucky to have such a unique & creative Family & Husband who supports me unconditionally; and collaborates!

As a Comedian, I want to give the audience more than just standup, more than just words. I want to give them art, an experience, an encounter. It might be a precise moment to remember or ignite a feeling that can’t be described, only reminding them that life is beautiful & full of potential. I know I have done my job well, when my audience expresses gratitude & joy from what I do. This reminds me of how important it is, that I keep doing it!

I think the greatest characteristic of success, is to believe in the dream, as if the dream is the only reality that’s real. 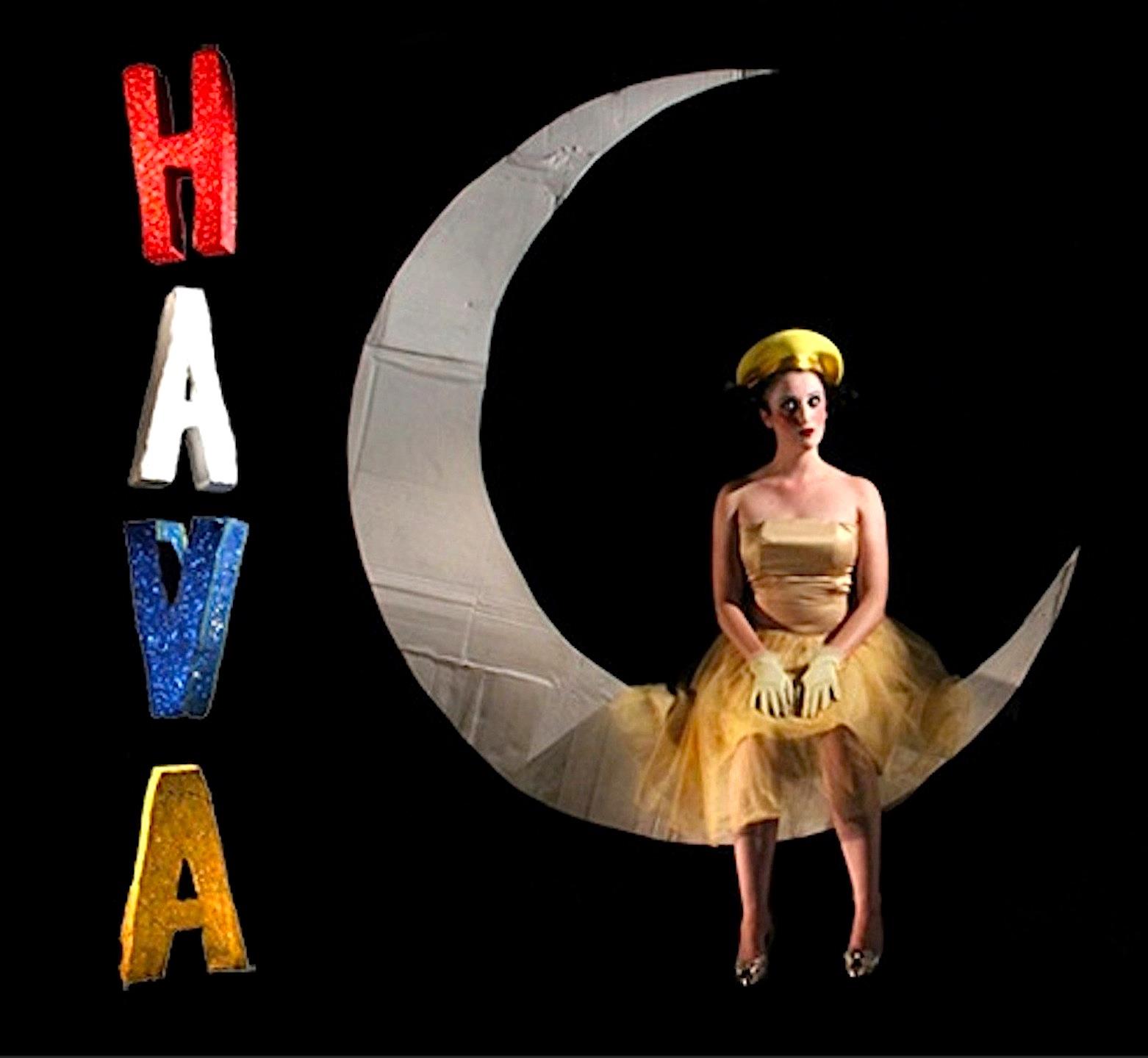 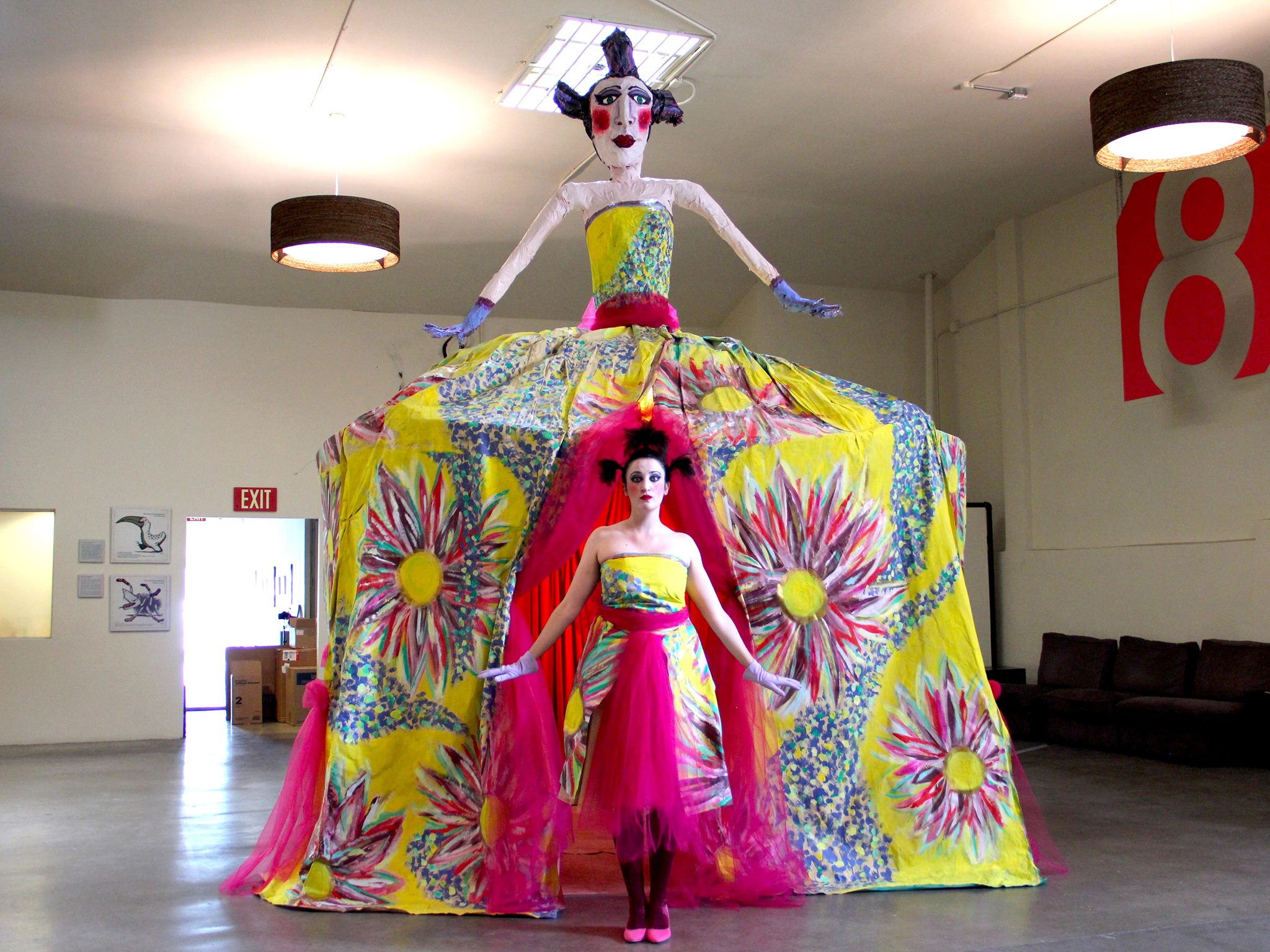 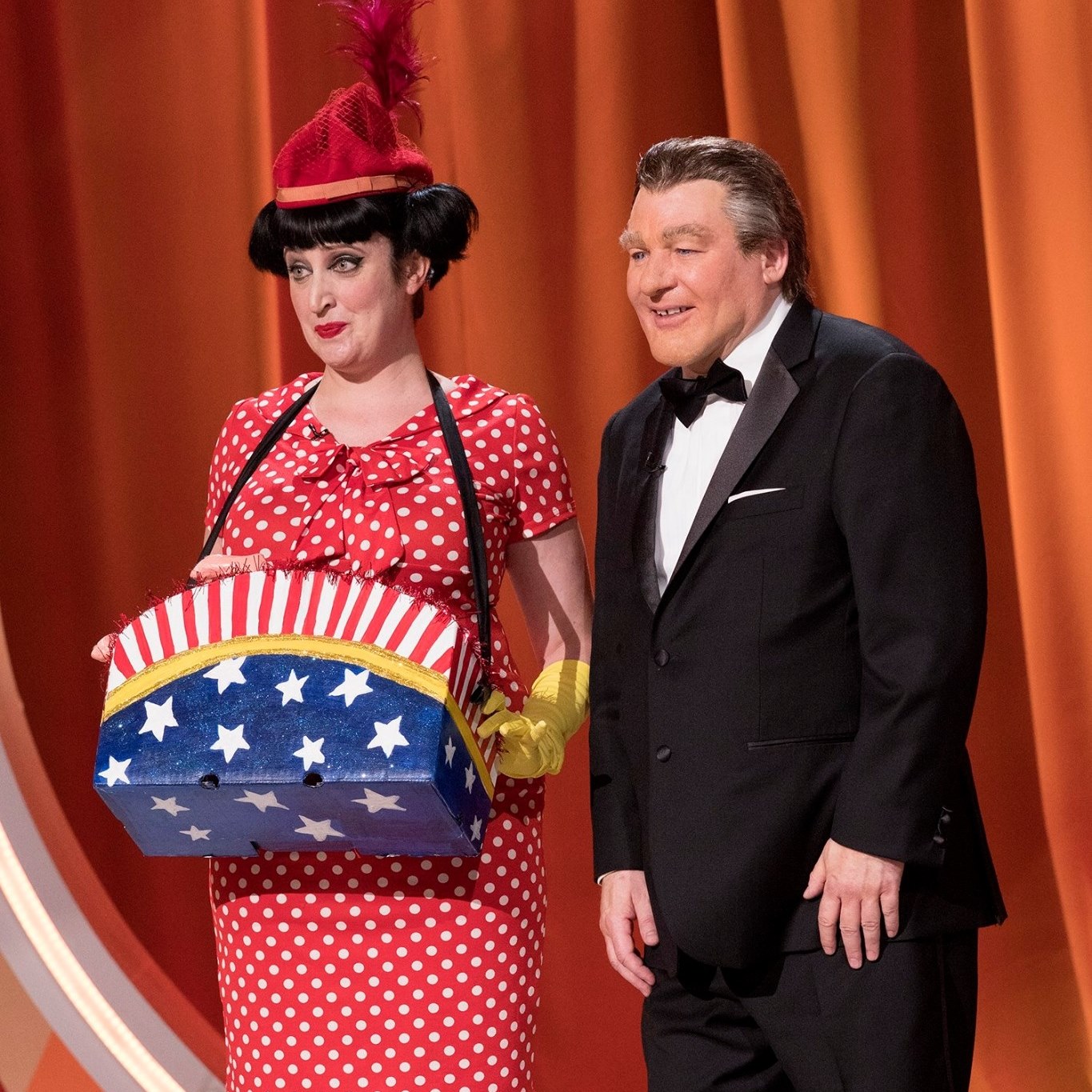 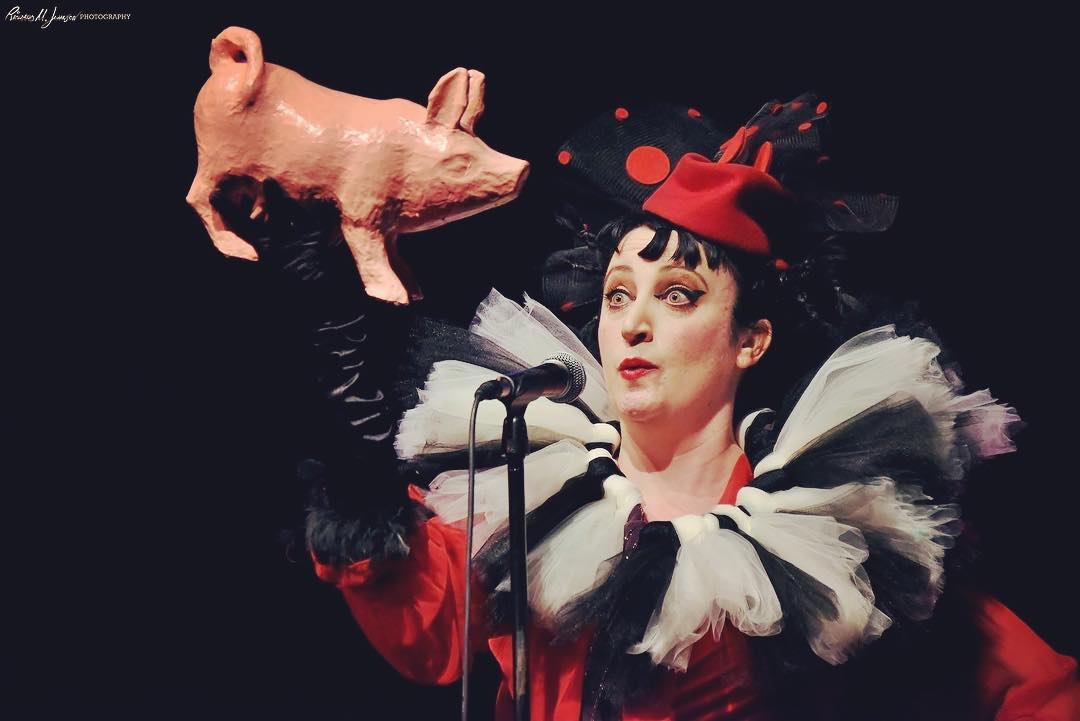 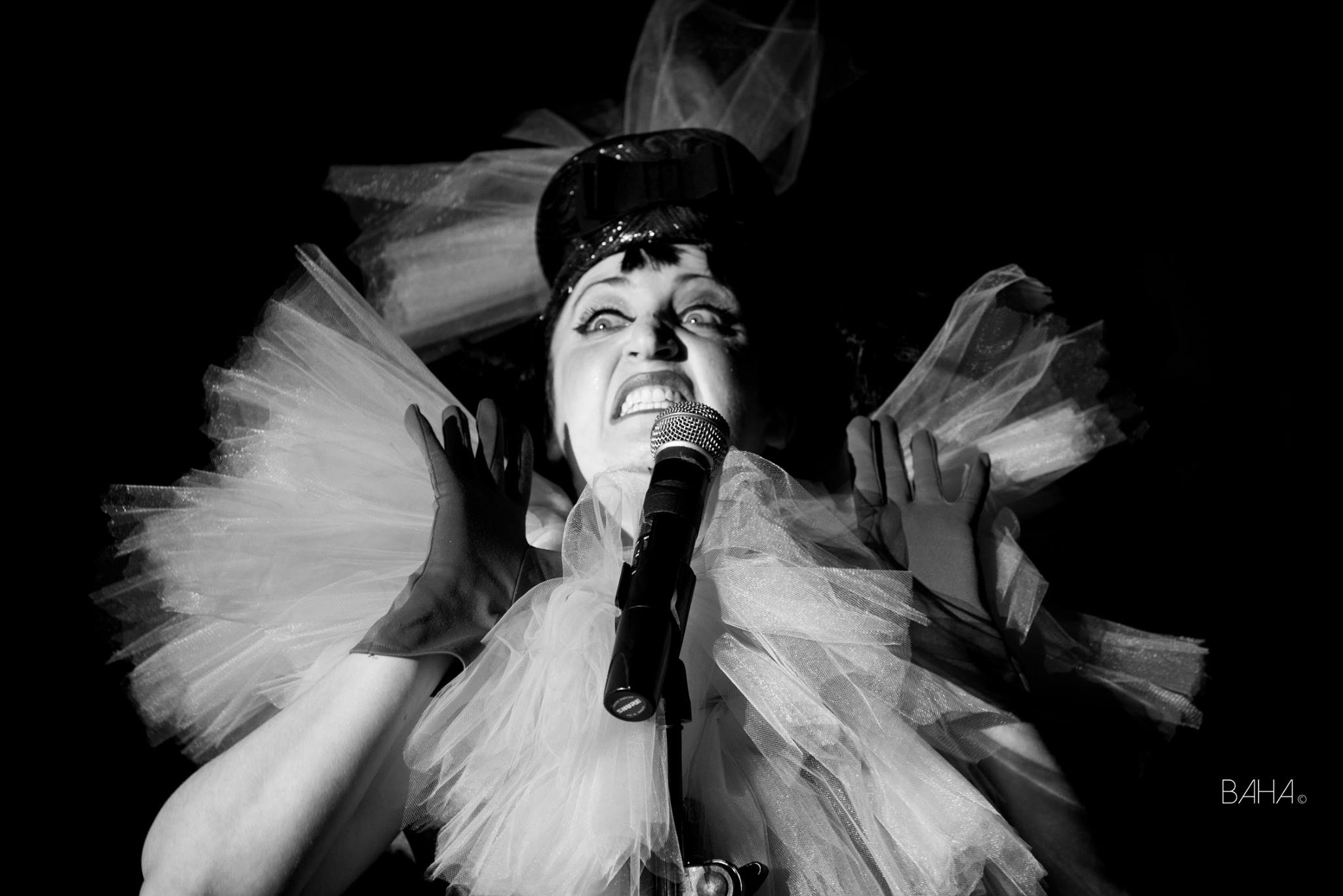 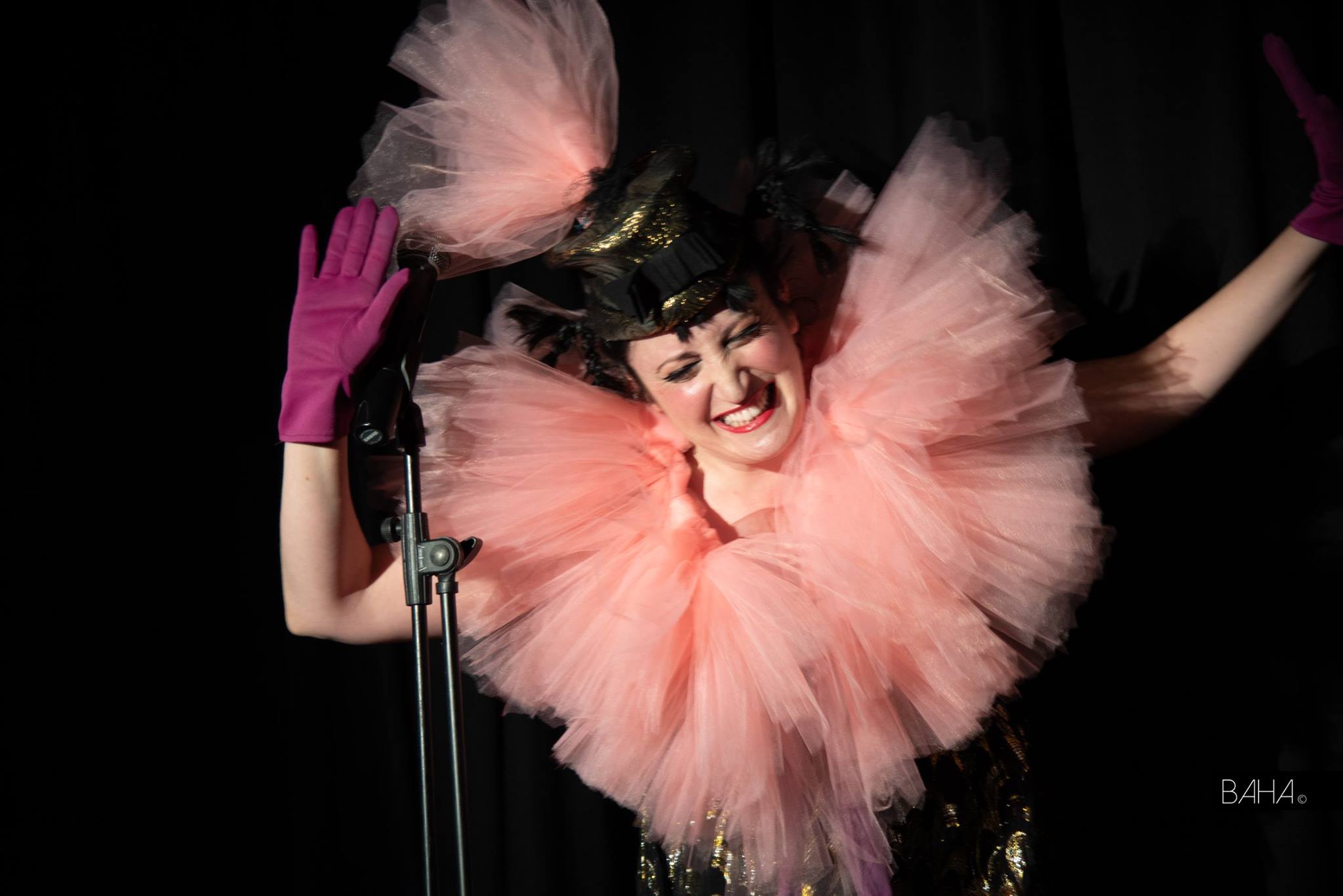 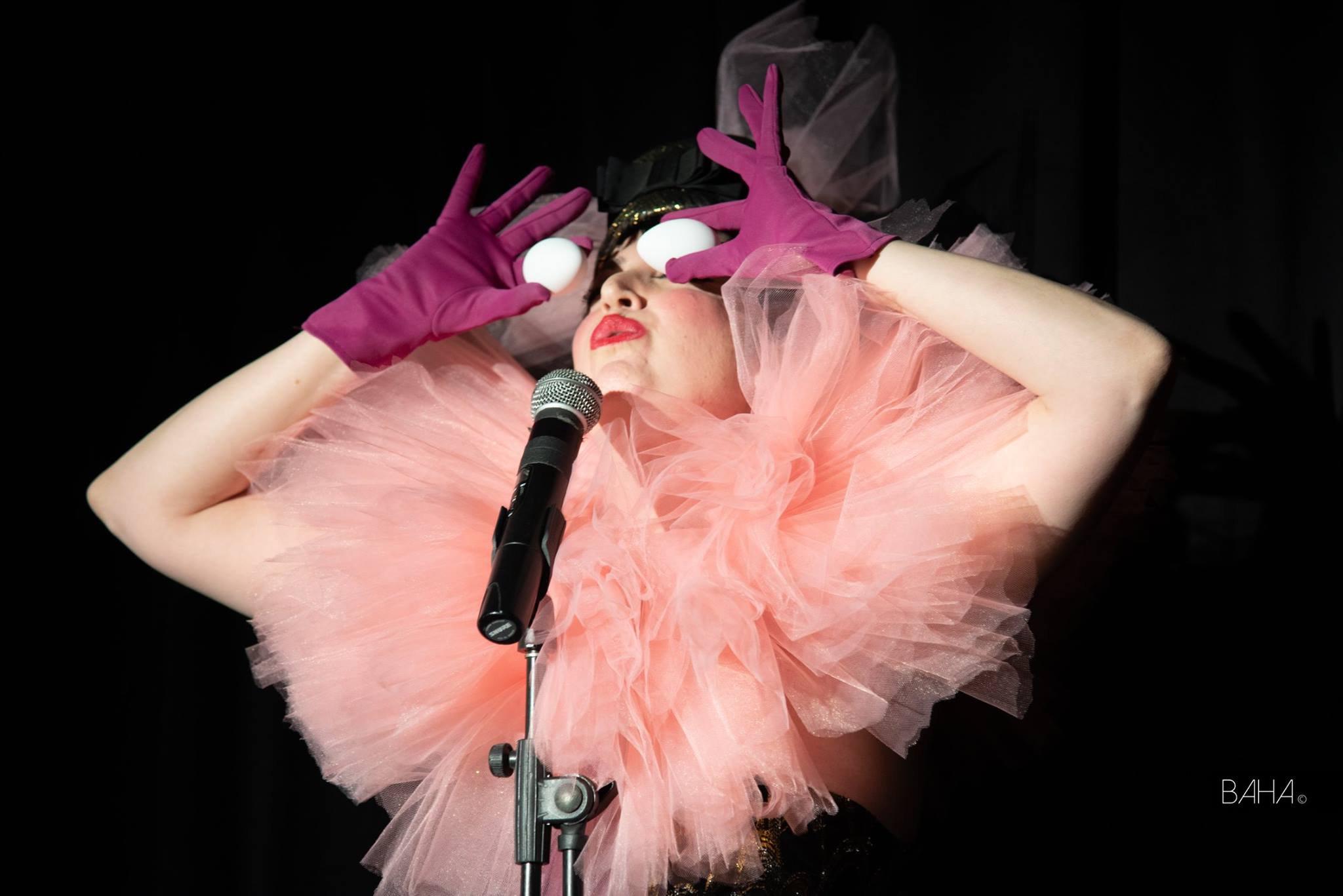 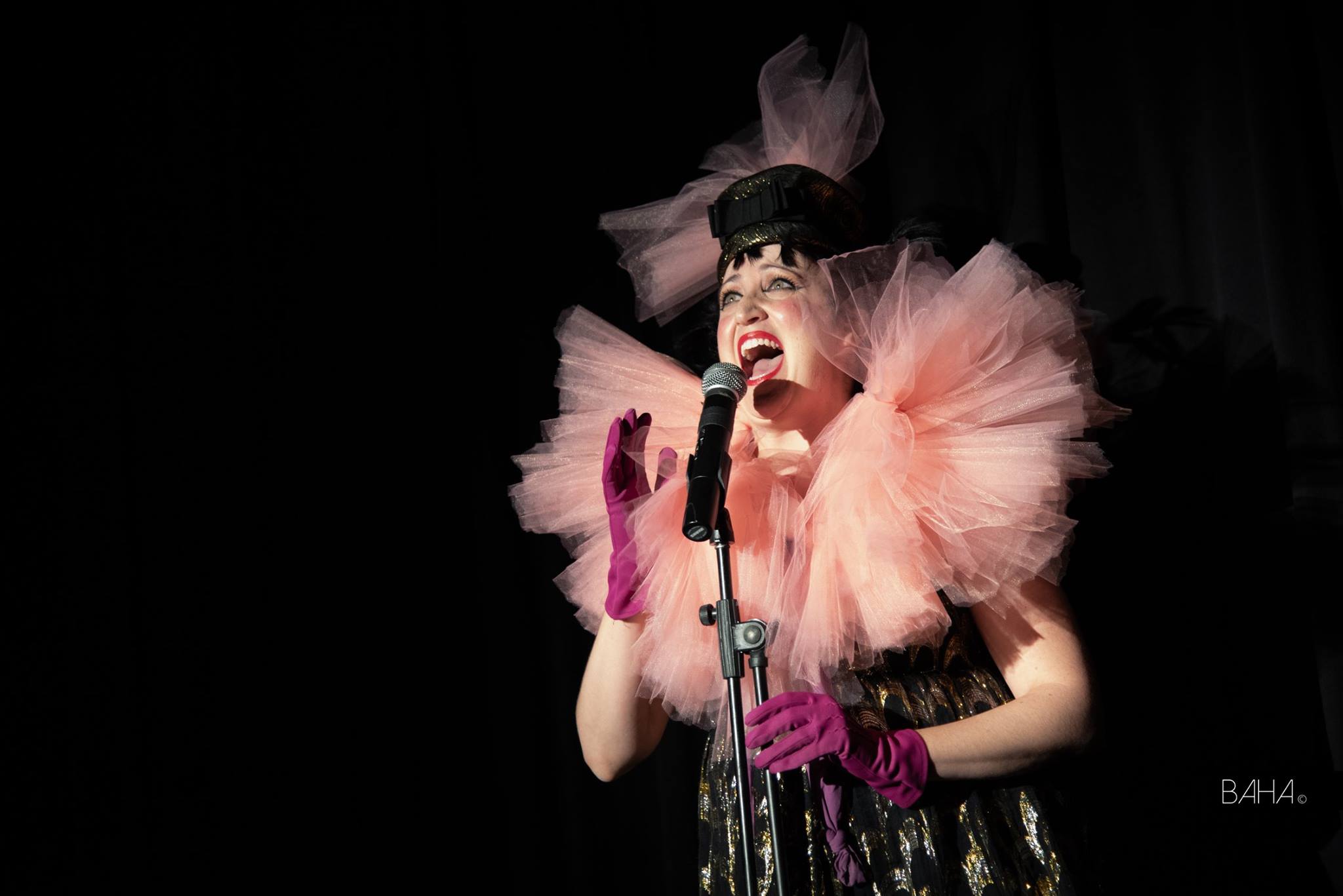 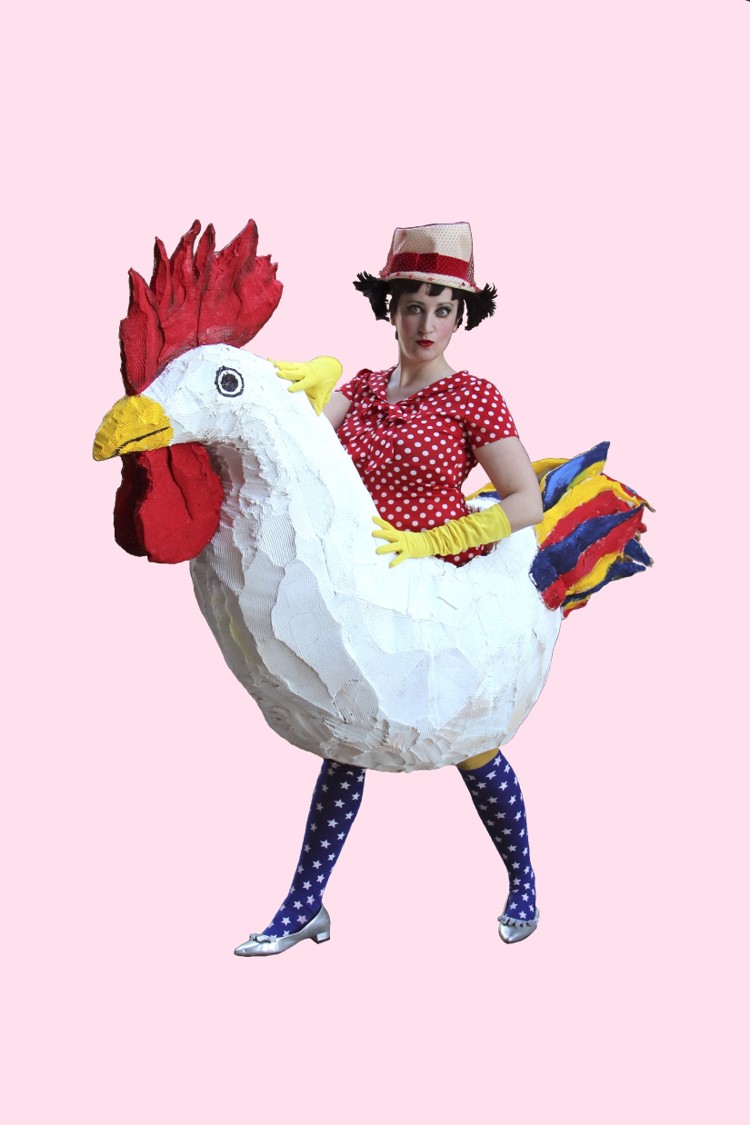 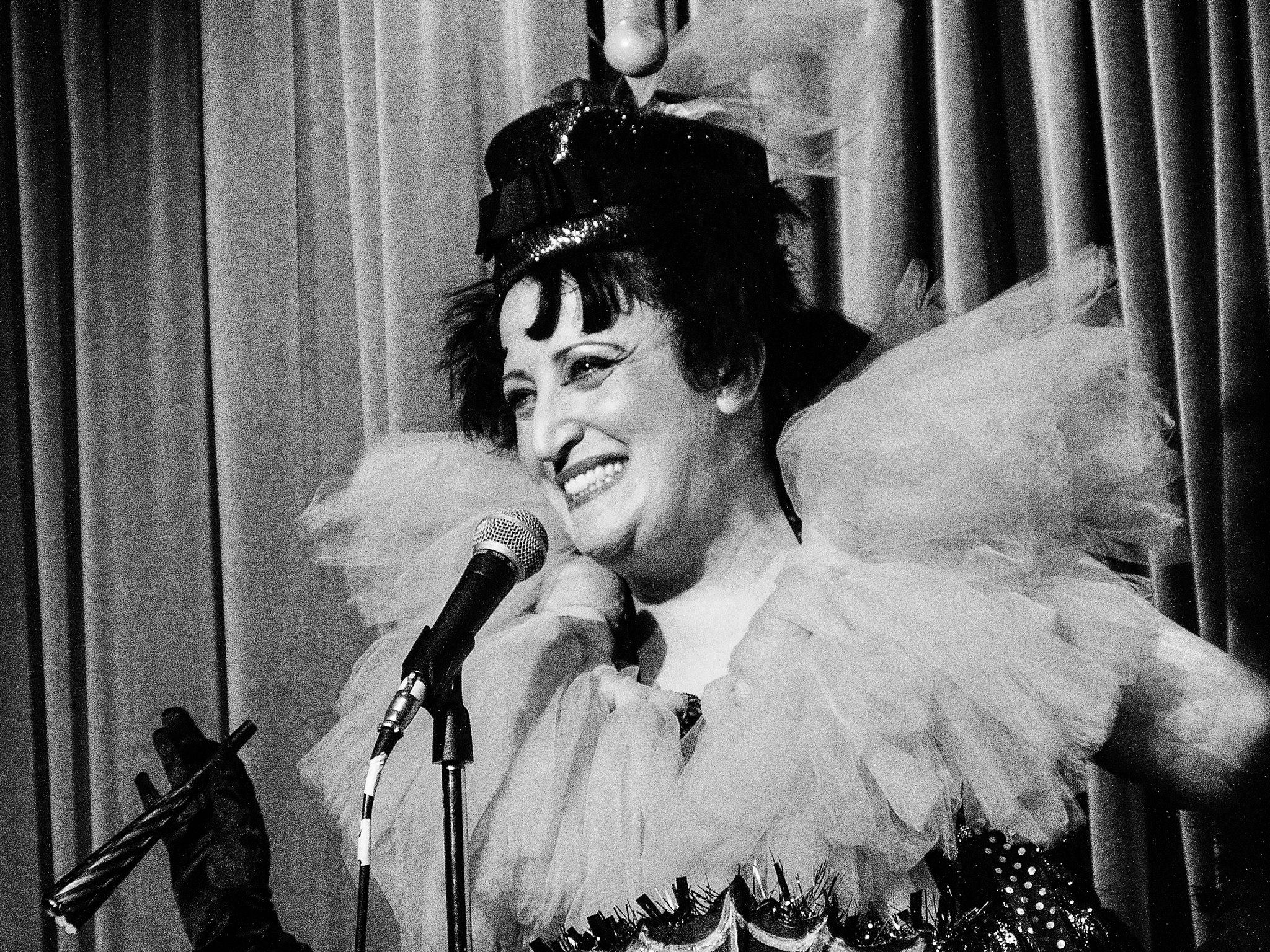