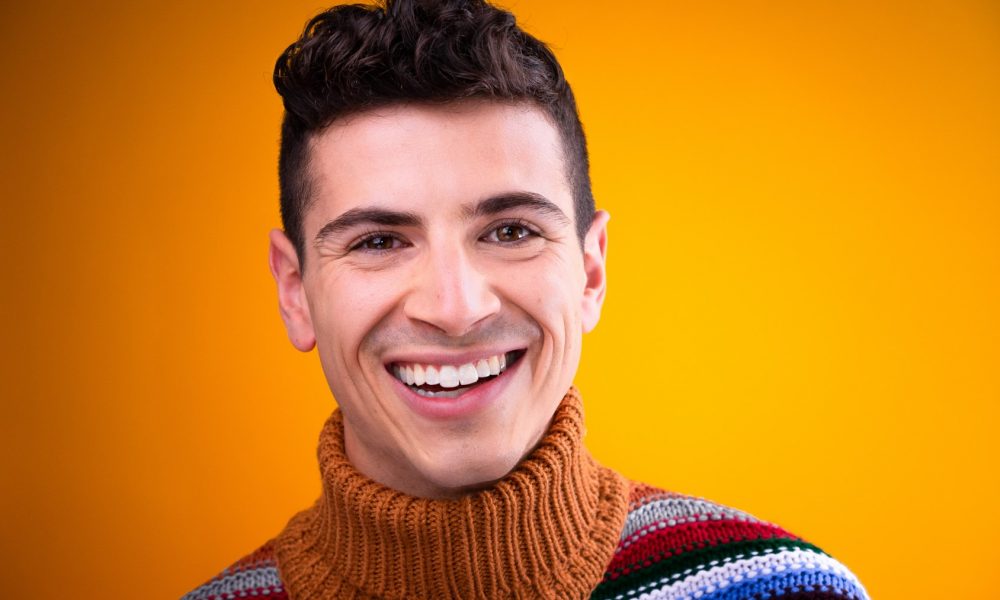 Today we’d like to introduce you to Anthony Sorrells.

Thanks for sharing your story with us Anthony. So, let’s start at the beginning and we can move on from there.
I’m a proud Oakland native and invention of a teenage love affair. I was primarily raised by my mother who, with the help of my grandmother and aunt, provided me with the tools necessary to become a well-rounded human being. I attended an arts high school with a body of incredibly talented artists including actresses Zendaya, Tati Gabrielle, and singer, Kehlani. While the school has completely changed, the space that it provided for many of us was out of this world. It wasn’t until graduating that I fully understood what a privilege it was to be part of such an institution, and I am permanently indebted to its many instructors.

At OSA, I obsessed over the “craft of acting.” I put this in quotes deliberately because, for myself, throwing this verbose terminology around was a common practice that now makes me cringe. I had gone from a painfully shy tween who had never heard the word audition to studying at the American Conservatory Theatre, the Berkeley Repertory Theatre, and the American Academy of Dramatic Arts. By sixteen, I was playing roles like Mitch in A Streetcar Named Desire, and competing on a national level at the Lincoln Center in New York – I was an act*or*, who when asked why I wanted to act, dogmatically insisted that, “Acting had chosen me,” and that, “I was here to hone my craft.” I don’t think it gets more precocious than that. So, while I agree that acting, like ballet, painting, or music is a craft, this verbiage only reinforced an unwarranted level of self-importance, while also blotting out the fact that acting is many other things too.

I really had to let go of the preconceived notions about myself and acting after graduating from UCLA. I was fortunate enough to be taken on by my agent whom I’ve worked with since, and have worked on both stage and screen in projects like, First Position by Michael Thomas which screened at a variety of festivals both nationally and internationally, a national Coca Cola & Regal Cinemas spot, as well as a feature all within the last year, but what’s on paper is a lot more appealing than in reality.

Has it been a smooth road?
Absolutely not, but the same ground has both humbled and grown me, so for that, I’m thankful. More importantly, I’ve been incredibly fortunate for the beautiful people I’ve gained along the way, and that pays for the rough terrain threefold.

As I mentioned before, acting is many things beyond acting itself. I could list off myriad clichés like not getting in the rooms I’d like; not booking roles for trivial reasons; working odd jobs that are many times energy draining; barely making enough money to live while singlehandedly paying off a substantial student loan, however, I think the crux of these difficulties can be reduced to a fundamental principle: compromising my personal welfare with the hope of a greater return in vain. It’s a realization I’ve only come to very recently, and a necessary one at that.

I’ve handed my time over to opportunities and people that don’t respect it. I’ve left my confidence and self-worth to hang on others’ assessments about who I am and what I do. I’ve taken everybody’s word under the sun, without ever having an ounce of faith in my own inner compass only to realize that, for the most part, no one has any definitive solution more valid than the next. I step back, take a look around, and see everybody’s figuring it out.

Most of all, I’ve become so used to waiting on an email, for a call, a callback, in a waiting room that I’ve handed over a few years waiting for the life I have in my head to start. Sure, it’s the nature of the beast, but the reality is that my life is the one I’m living, and each day can be spent chasing or choosing. I’m learning to choose.

We’d love to hear more about your work and what you are currently focused on. What else should we know?
I’m an actor. That being said, I’m also at a point in my life where I’m reassessing my beliefs about myself, what I do, and how I do it. As time slips into the future, my openness to the many avenues of my creative self increases. I’ve spent more than a decade of my life devoted to acting alone, and while it’s made me very proud of the ways in which my work continues to grow, I’ve neglected to expand the other facets of myself. I dance, I make music, I write, I design, I speak different languages, and these also make up who I am. After graduating, I’ll never forget when one of my earliest mentors, Terry Bamberger, said to me, “Go be interesting.” It’s taken some time, but I finally feel that I’m evolving from the sixteen years old who, “acting chose,” to a person who’s learning to value who he is as much as, if not more than, what he does. Now that’s something I take great pride in.

Is our city a good place to do what you do?
Los Angeles is, without a doubt, a fantastic city to be in if you’re an actor. Essentially everywhere you turn someone is involved in the film & television business. The sheer amount of entertainment industry billboards lining Sunset Boulevard is awe-inspiring, but I feel it imperative to address an assertion that I see a lot of the time which is that Los Angeles is the only place for an actor to be. There are two sides to this coin, and the tendency to prioritize the one which suggests that it’s the only place to “make it” is verily reductive.

Here’s the story we’ve all heard: Move to L.A.; study at ‘the best’ institution or studio; get a survival gig as a waiter, host, barista, assistant, dog walker, nanny, personal trainer, or several all at once; get the best headshots; get an agent or a manager (if you can); audition, audition, audition; nothing; audition again, get the callback; nothing; do some comedy; do this workshop, do that workshop; audition some more; book a small spot; get your SAG card; book another spot, and another, and then you’re on your way to hard earned success. *That* is the one-size-fits all formula for moving to L.A. to become an actor.

In sooth, the actual quantity of actors is unknowable, but consider that there are approximately 70,000 actors in Southern California alone and that only reflects those who are in the union! The percentage of those who work regularly is stultifying. Every year, passels of people venture out to Los Angeles to become actors, and for years more than thousands have aspired to do it this way because it’s the age-old aphorism. So perhaps it helps to be in L.A. logistically speaking, but the concentration of actors doesn’t help each of them individually, and if that image isn’t clear enough, sit in a waiting room full of people that look just like you more than once. The greatest takeaway from this information should be that it’s necessary to come to the city knowing you may not ‘make it,’ and that your love of doing it has to suffice. As I mentioned before, loving it goes far beyond loving, “the craft.” I have found it necessary to develop a love as well as tenacity to navigate its obstacles too.

Having known and seen enough perspectives from actors who have booked bigger projects, and as someone who hasn’t, I feel obliged to share mine in the hopes of demystifying how elusive the industry is. I studied with three people who are currently on television, and each of them has had a widely different experience: One moved to Los Angeles at the age of thirteen, and later booked a Disney Channel show. She’s now a global icon; another graduated from the highly esteemed Spelman College, moved to Los Angeles for a few months before her career took off; and the last was walking the streets of New York City after a shift at the local waffle house where a casting director asked him to read for a role in HBO’s Euphoria. He booked the job and relocated to Los Angeles never having read a script in his life. All this to say that similarly to the eclectic makeup of the city itself, there is no one-size-fits all formula to this industry, and living in Los Angeles does not guarantee success anymore than not living here.

The tides are clearly shifting, and in a post-COVID society, the entertainment world is not spared from its reverberations. The market will change, budgets will change, production will change, as well as casting itself, and more. So, I say, move to Los Angeles to create work of your own with other passionate people. Move to L.A. for a change of scenery, for a fresh experience, for the beautiful weather, for hiking, for its eccentricity, and its beaches.

But don’t take my word for it. Go find your own. 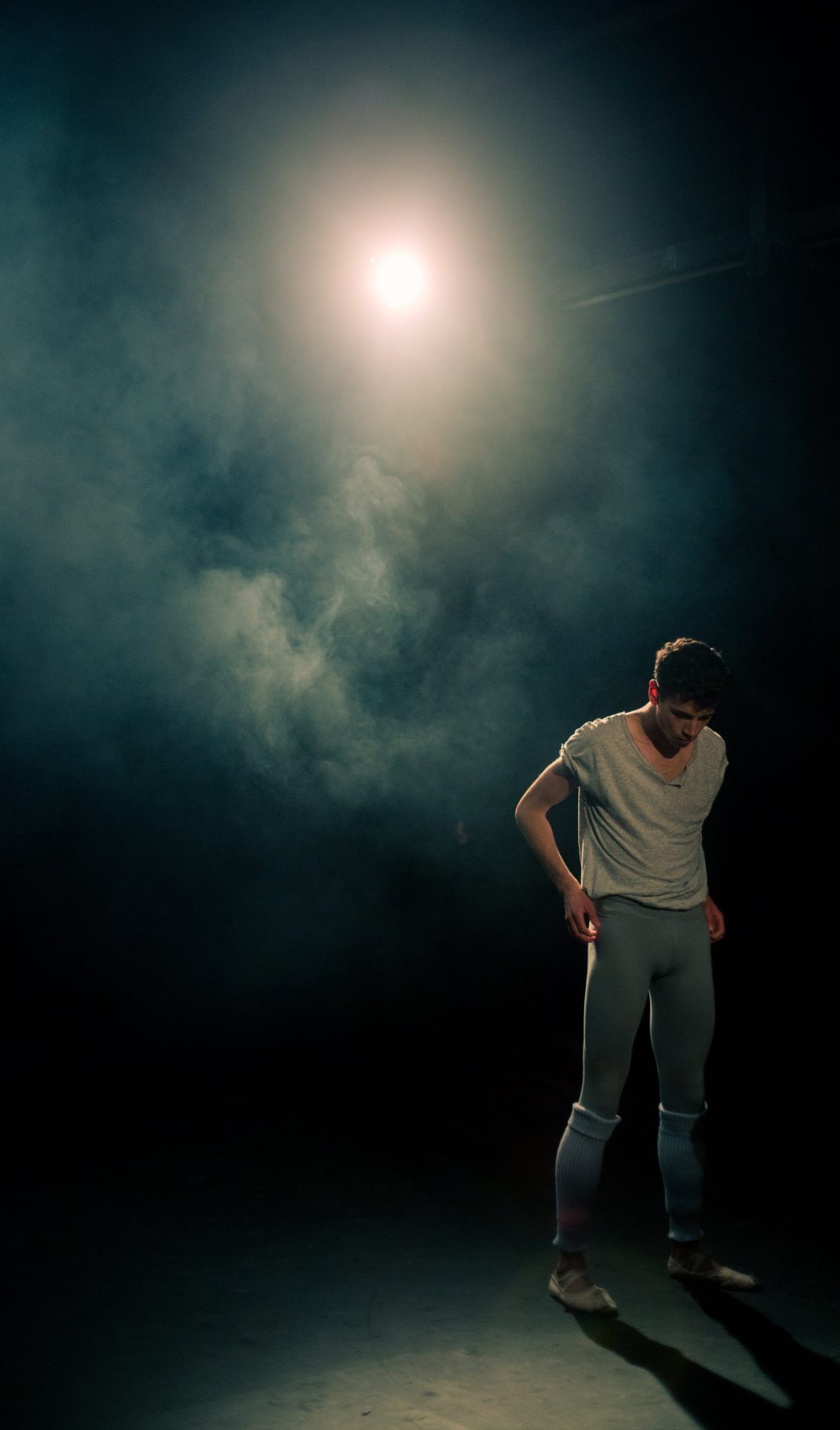 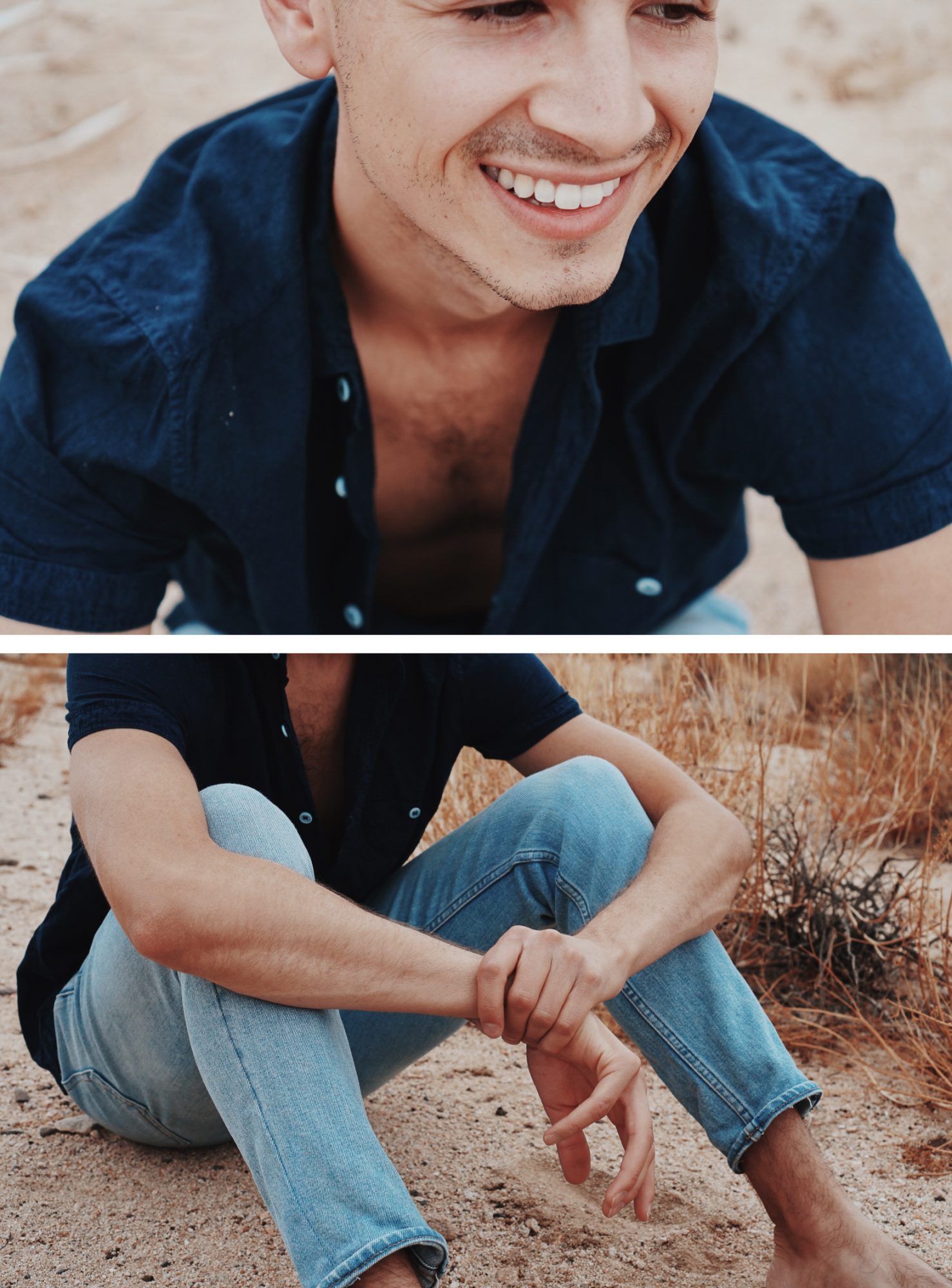 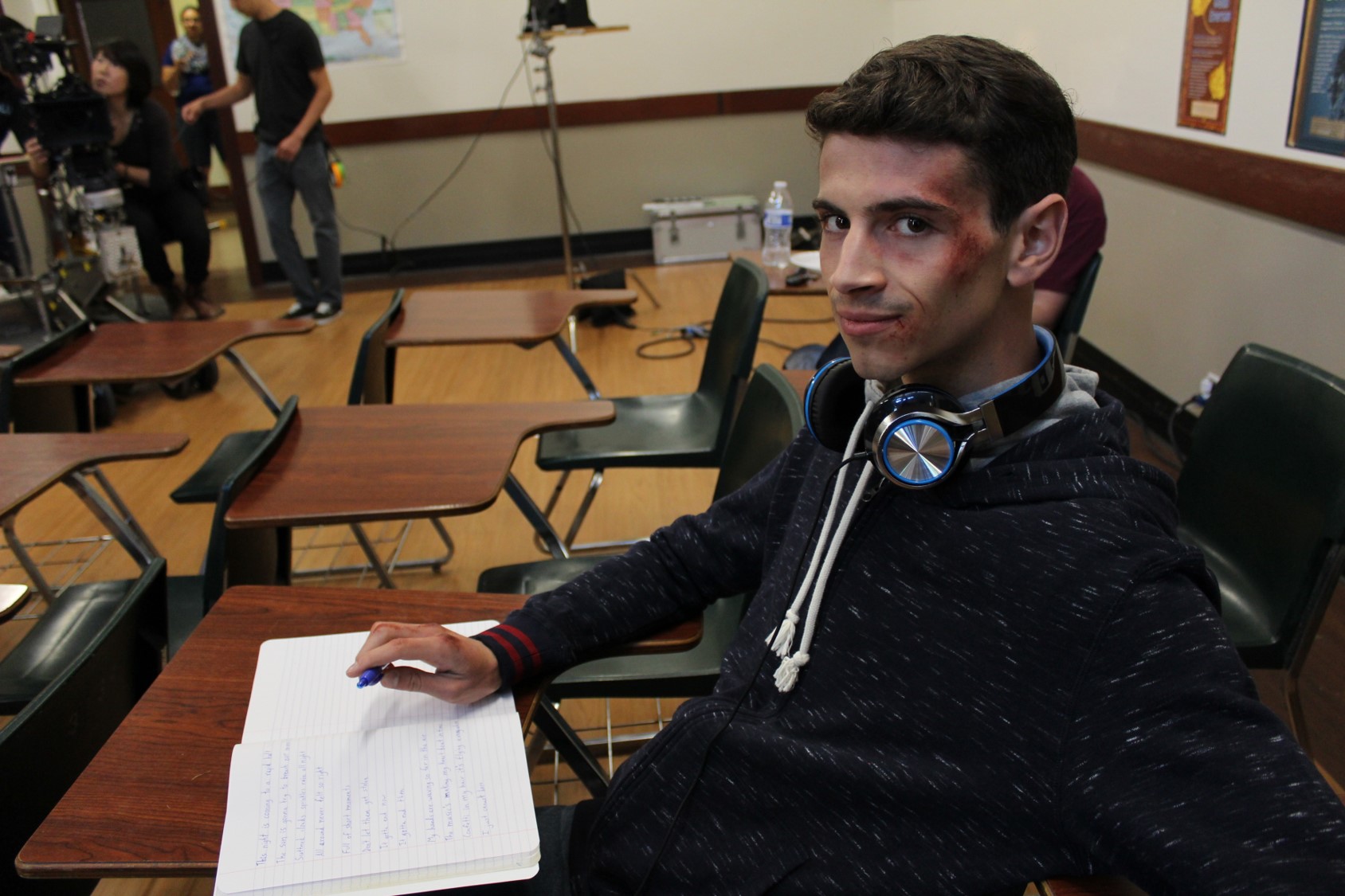 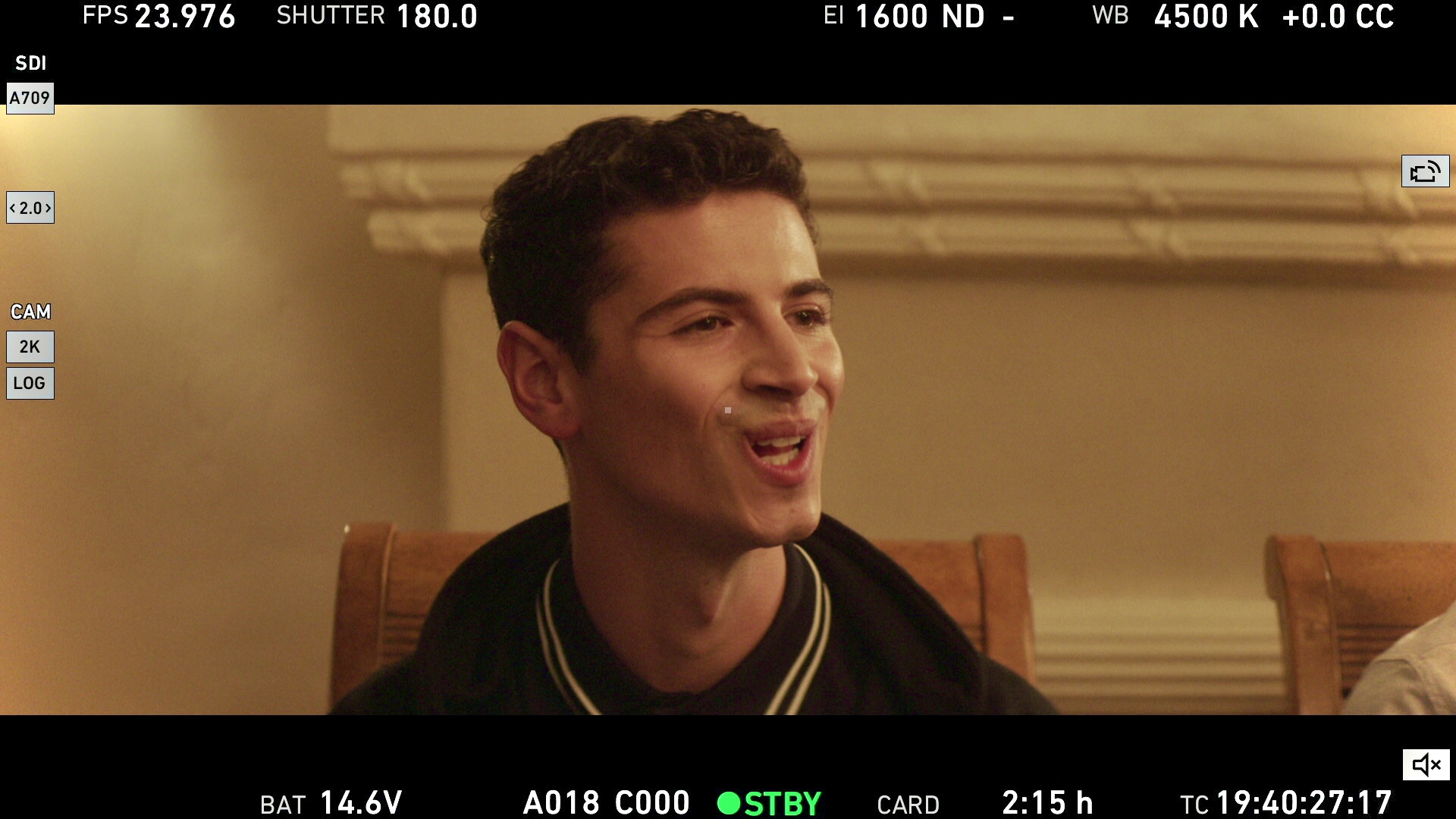