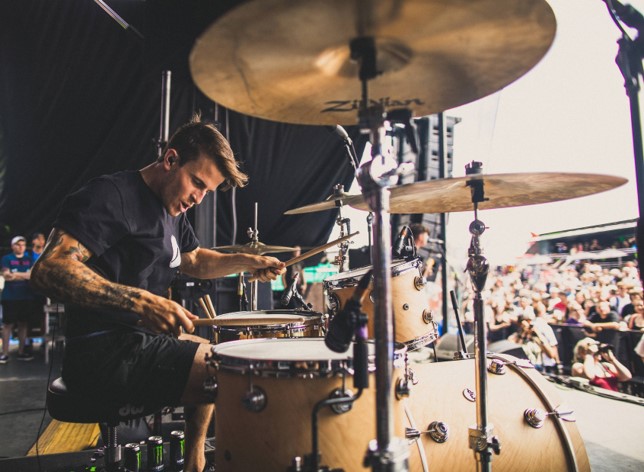 Today we’d like to introduce you to Anthony Ghazel.

Anthony, can you briefly walk us through your story – how you started and how you got to where you are today.
I grew up on Orcas Island in Washington State – one of the most beautiful places in the world. When I was 12 years old, I was playing video games with a friend who had a drum kit and asked him to teach me something. I fell in love immediately and began teaching myself how to play. Back then we didn’t have YouTube, so I would just listen to songs and try to recreate what I was hearing; that’s how I learned drums!

My grades in high school allowed me to attend University of Washington, where I graduated in 2012 and earned a Bachelor’s Degree in Business Administration. To be honest, I hated going to class and never felt like I fit in there, but I promised myself I’d finish what I started and I’m really proud of that.

While all my friends had ‘real jobs’ lined up after graduation, I purposely didn’t because I wanted to pursue music. I realized very quickly that I wasn’t nearly good enough and needed to put in some serious hours to get to where I wanted to be. In my early 20s, I had a couple of part-time jobs and was in a local band, but all my free time was dedicated to getting better. Eventually, I ran out of money and was forced to work full time; I had student loan payments to make and life in Seattle is expensive. I got a job in sales and, you guessed it, was still spending all my free time playing drums. During this time, I met Ryan Caraveo – an artist I continue to work with and who has become family to me. We have a lot in store, but it’s not a full-time gig…yet.

In early 2017, I got a call from a band called Being As An Ocean – some very good friends of mine who offered me a European tour. I quit my job and started preparing, knowing that we wouldn’t have any rehearsals before our first show. I spent every day for a month making sure I knew the ins-and-outs of the set and showed up to Europe as prepared as I could be. I had never been to Europe prior to this, and the tour ended up being a success. From there, I went on to do Warped Tour 2017, Australia, and two additional European tours.

As I started making a name for myself, I got hired in early 2018 by a band called Falling In Reverse to do a US tour supporting Papa Roach and A Day To Remember. It was during this tour that I realized I already had countless lifelong memories and stories that I wanted to share with whoever wanted to listen. I had only been touring full time for two years, so you can imagine the stories that career musicians have. I decided to start a podcast to share these stories, and that’s when Bunk Alley was birthed.

‘Bunk Alley’ is the portion of the tour bus where all the bunks are. I bring on guests who I’ve worked with in the music industry and we talk about life outside of music, touring, and everything in between. It’s been really rewarding and I look forward to many more episodes.

I moved to Los Angeles in February 2019 to continue pursuing my music career. It’s been a dream come true so far and I can’t wait to see where life takes me.

Has it been a smooth road?
I actually laughed out loud when I read this question. I want to write a book one day, so check back in 20 years – but I can tell you that pursuing a career in the arts is by far the hardest thing I’ve ever done. You hear the stories of people quitting their corporate jobs to follow their passions, but you never really know how difficult it is until you do it. Stability? Seeya. Health insurance? Good luck. Relationships? They’re all going to suffer. But nothing amazing comes easily. I derive a lot of my inspiration from professional athletes, as weird as that sounds.

I’m naturally a pretty risk averse person, so that’s a massive obstacle that I fight every day. Life is generally really hard, no matter what you do for a living, so if you’re lucky enough to be able to choose what you’re going to struggle for, then go for it. I remind myself of that all the time.

The one thing I was absolutely not prepared for was how much a life in music would affect my mental health – I won’t get into it here, but it’s no secret that many artists have a raging war inside their own heads. I’m in a good place today. Keep your chin up when it feels like there’s no light at the end of the tunnel. I’ve been there more times than I want to admit, but trust me, all pain is temporary and life is worth living.

So, as you know, we’re impressed with Bunk Alley – tell our readers more, for example what you’re most proud of and what sets you apart from others.
Bunk Alley is all about honesty. I want guests to know that they can share as little or as much as they want, but the best stories are the ones told truthfully. My podcasts are unedited bits of life meant to invoke emotion in the listener.

Let’s touch on your thoughts about our city – what do you like the most and least?
Living in Los Angeles is even better than I thought it would be. It’s alive 24/7 and full of people working on projects they’re passionate about. I love the energy and can’t see myself leaving any time soon. Sun is also a game changer after spending my whole life in Washington State. 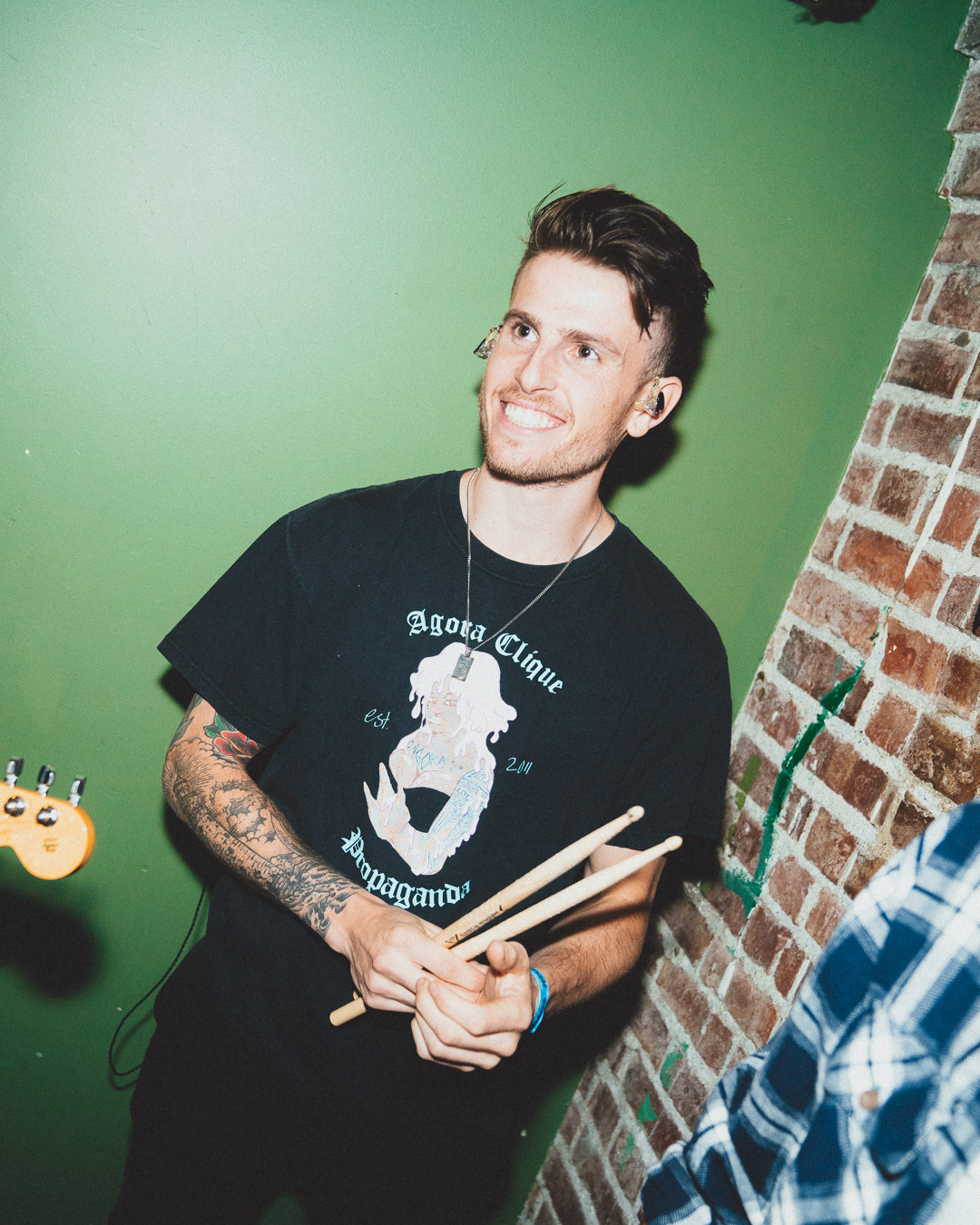 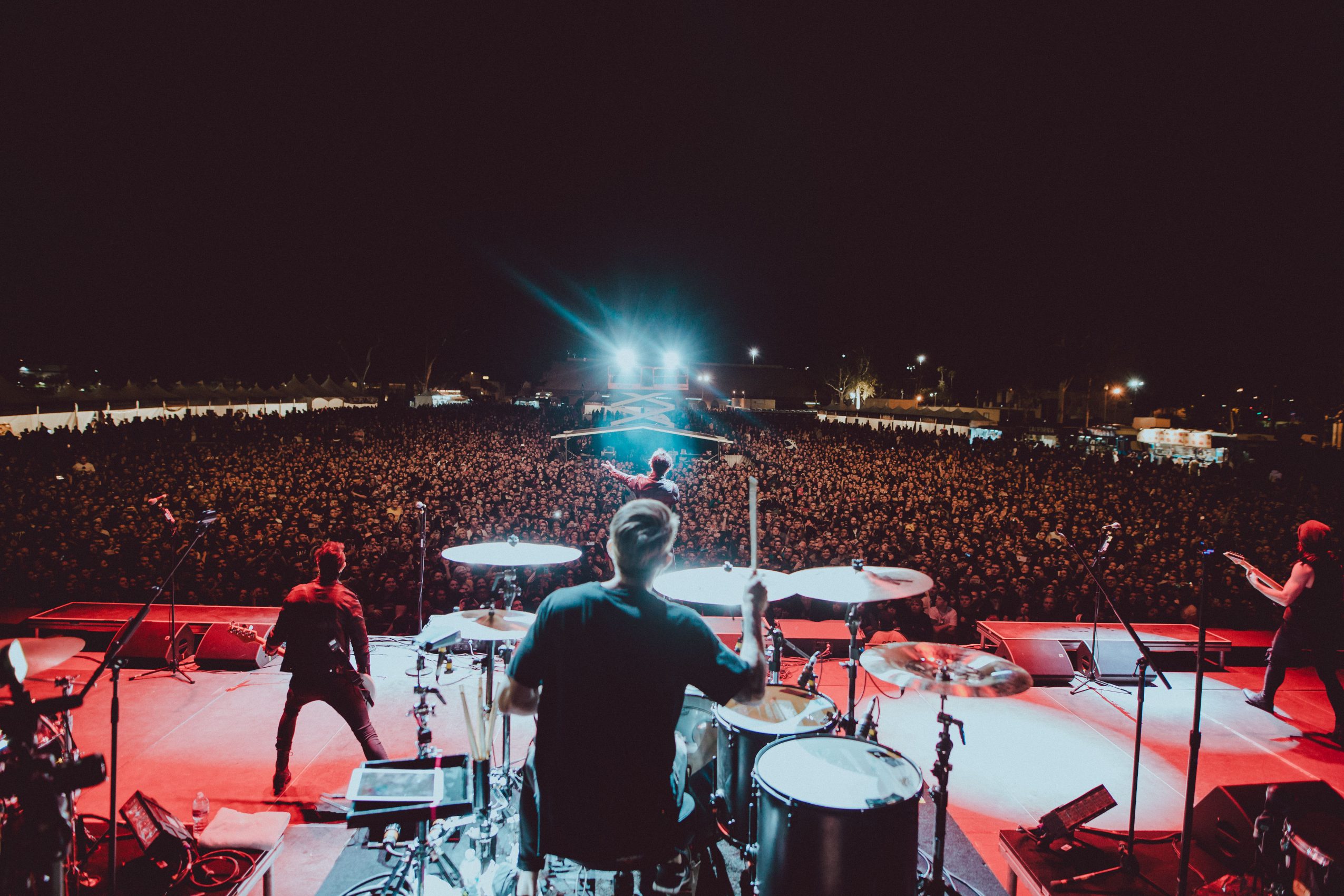 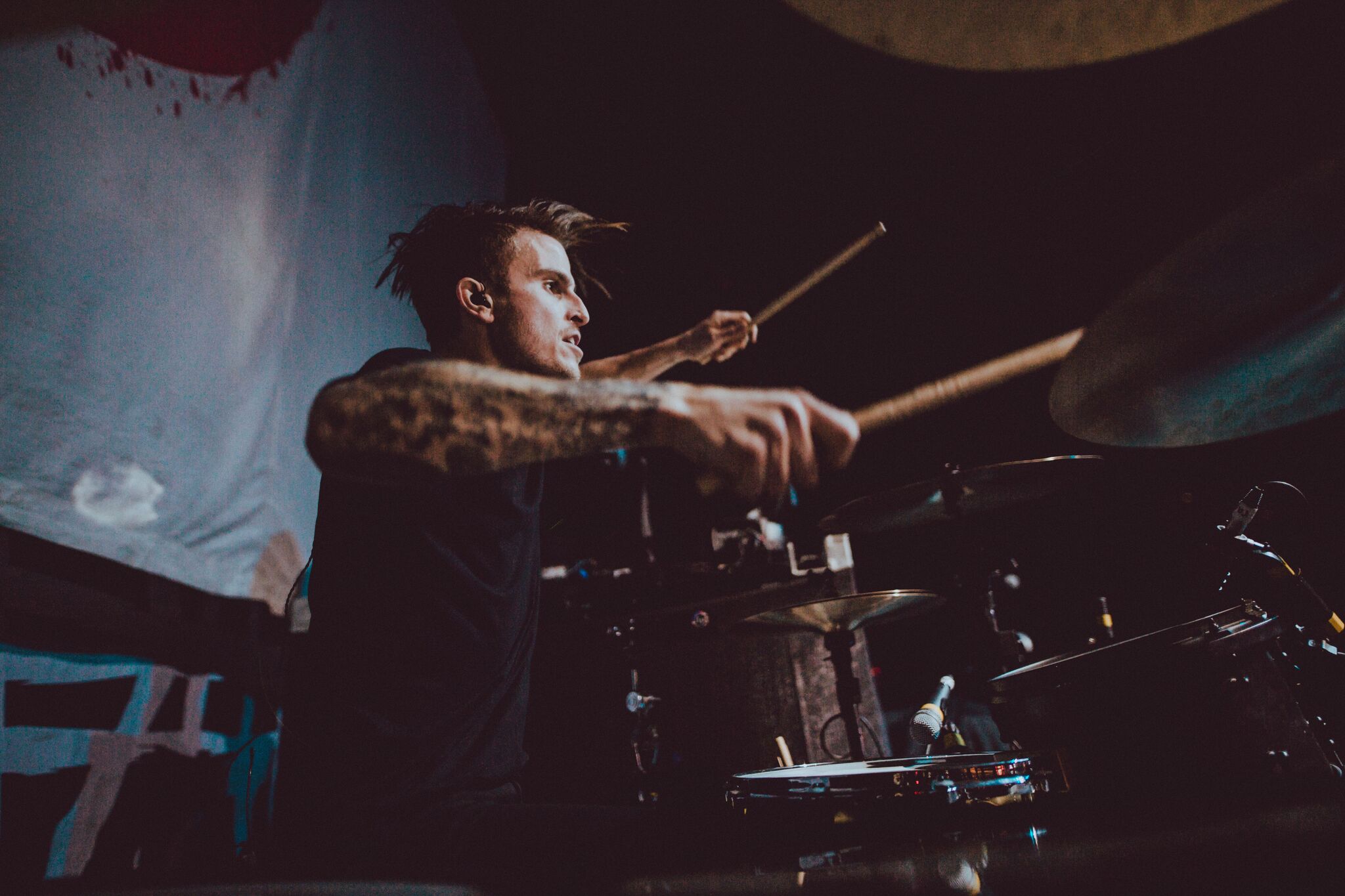 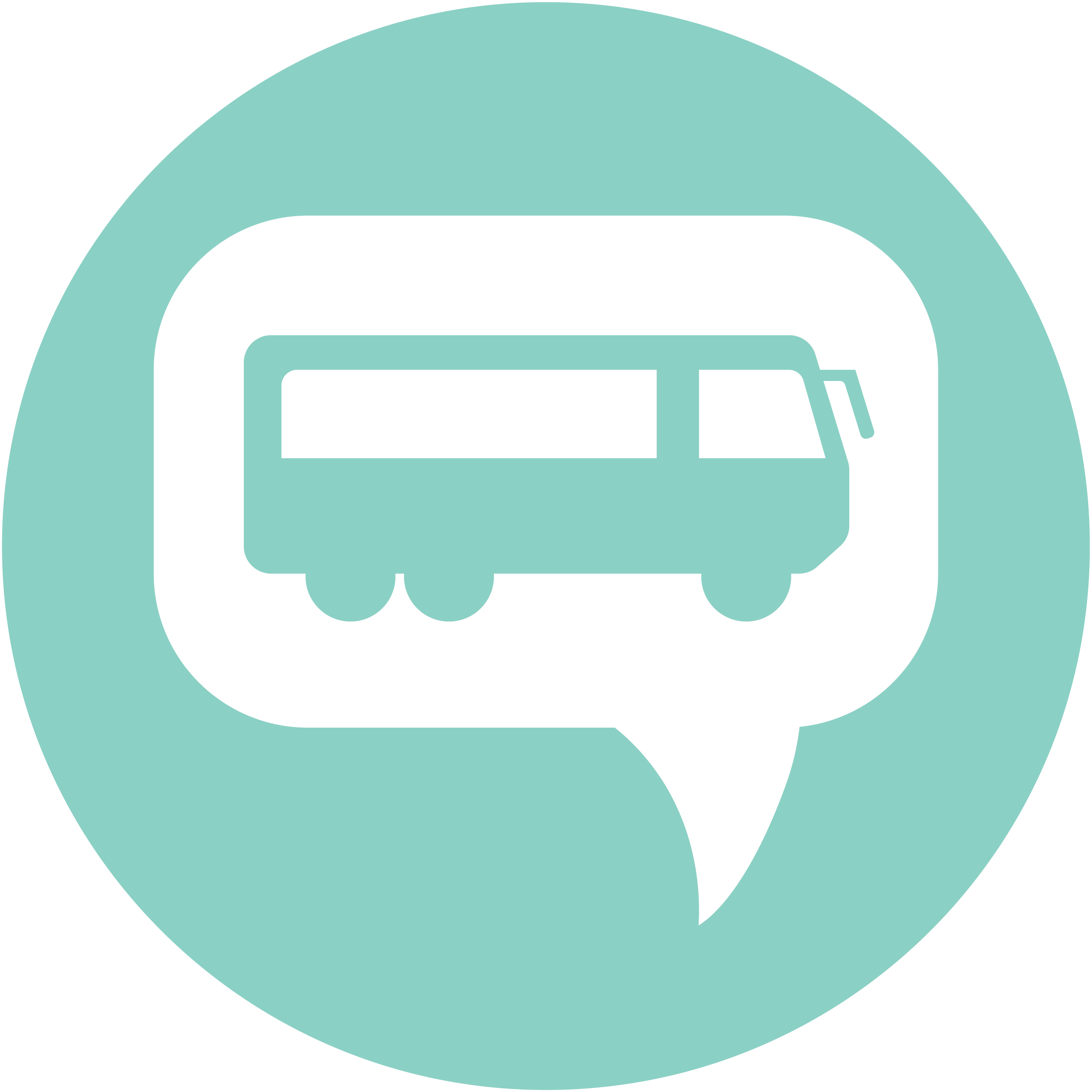 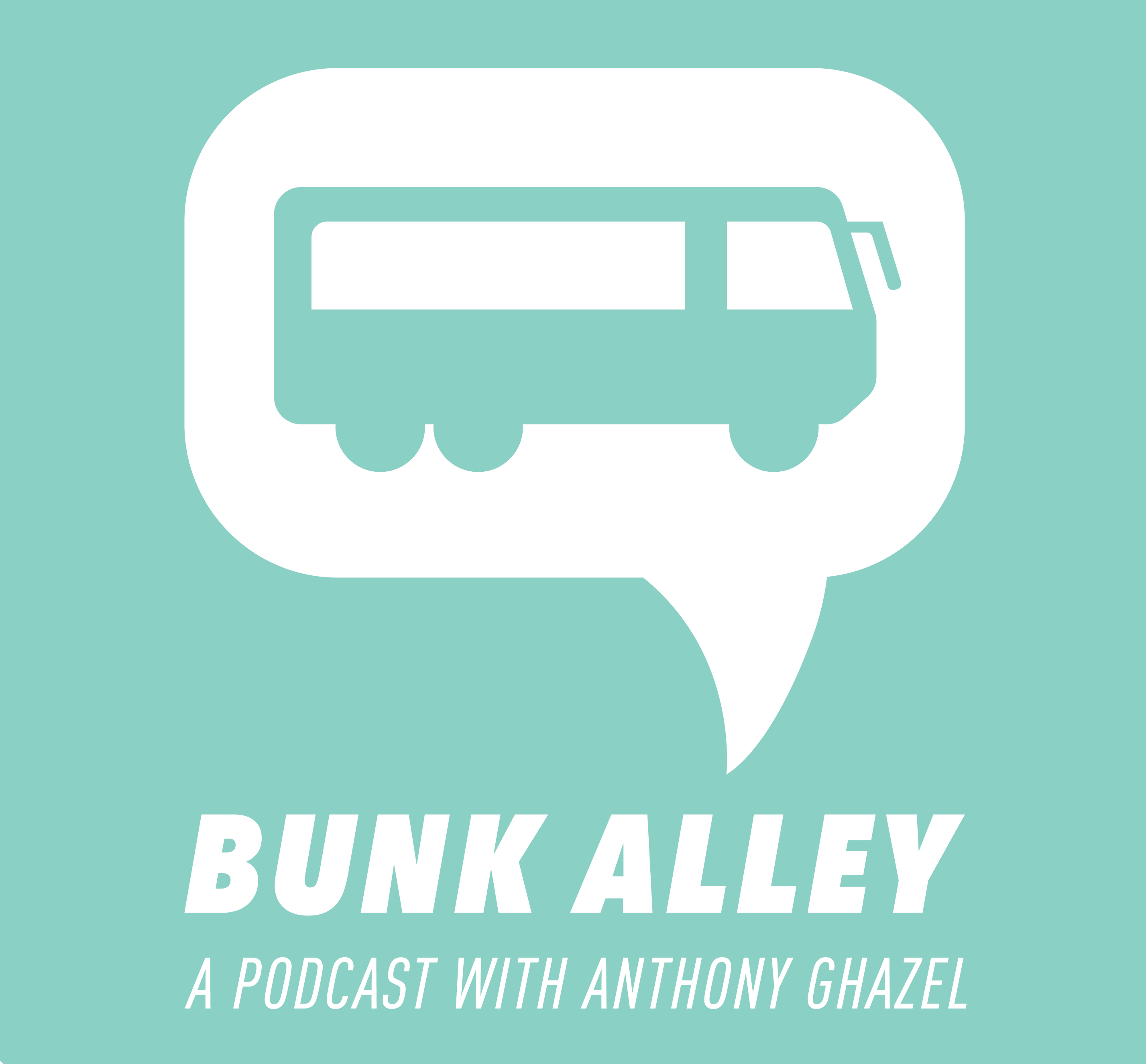 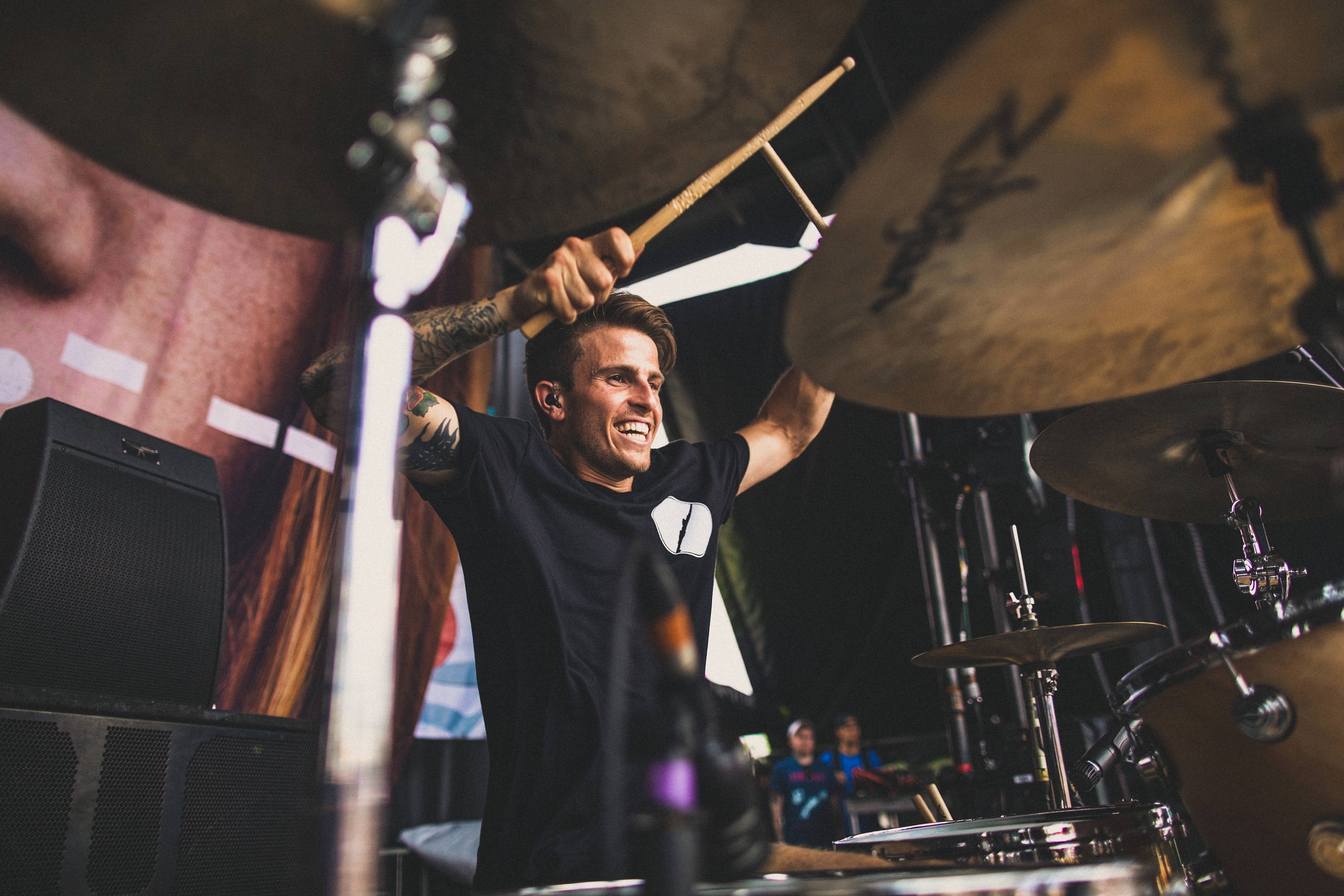 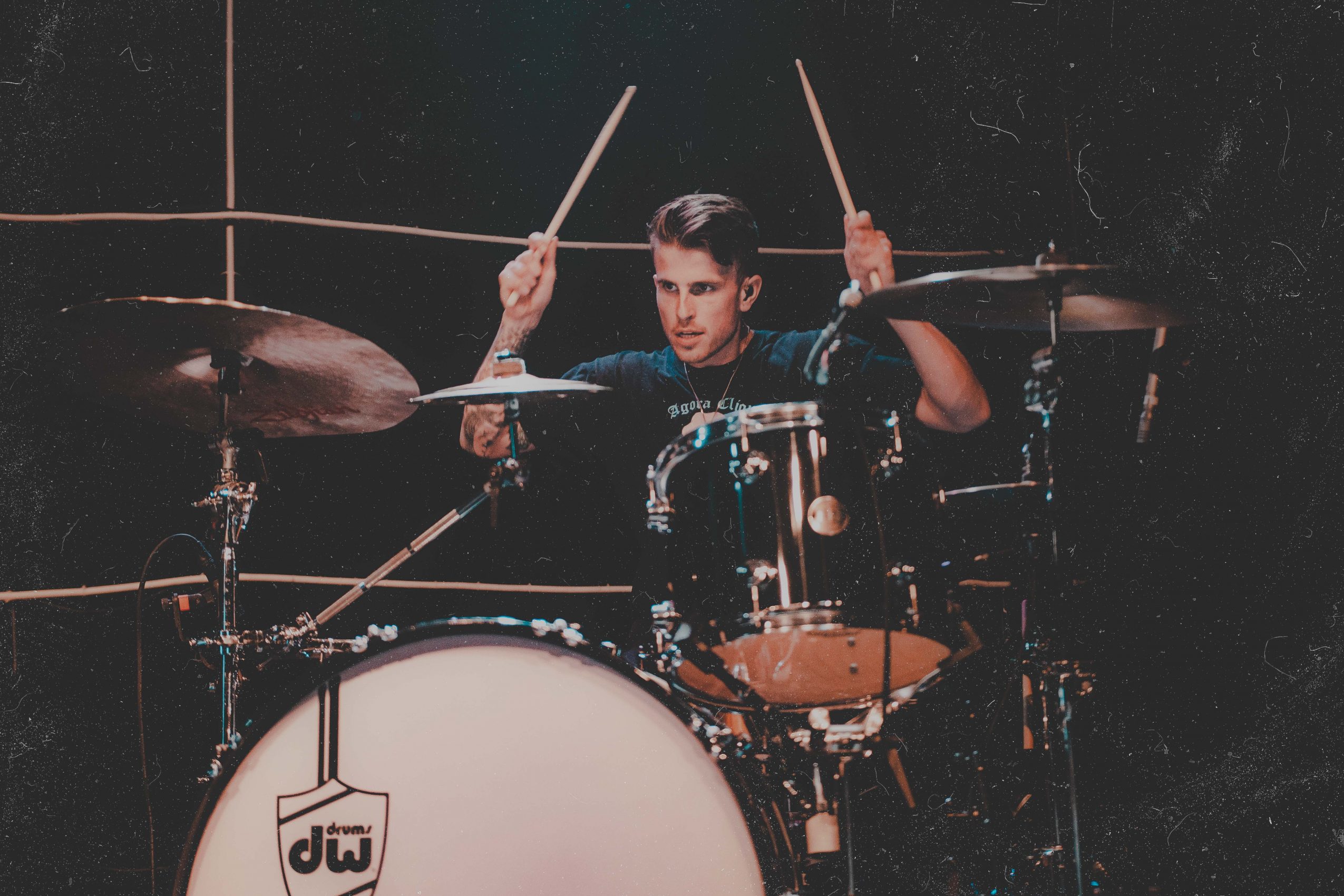 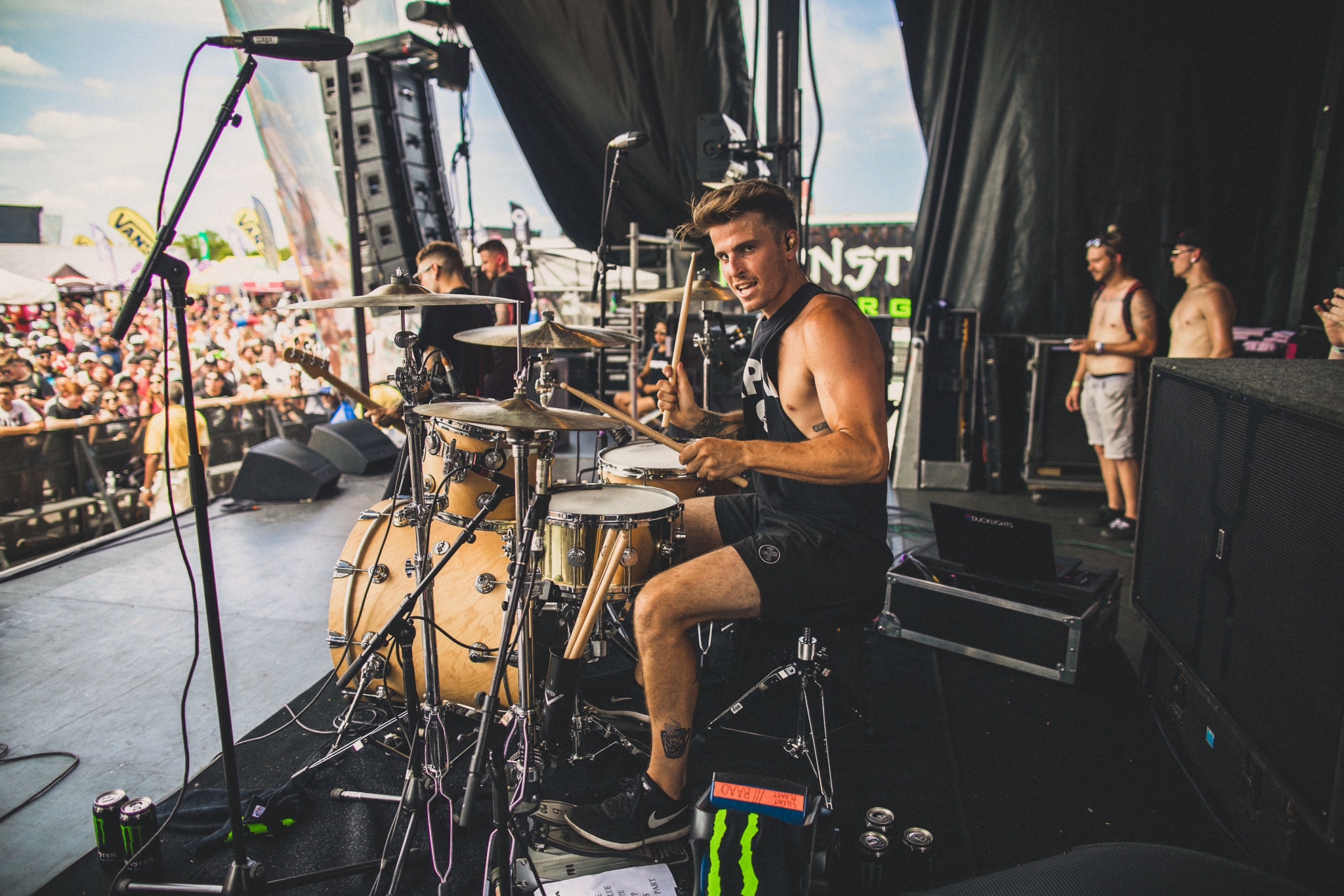 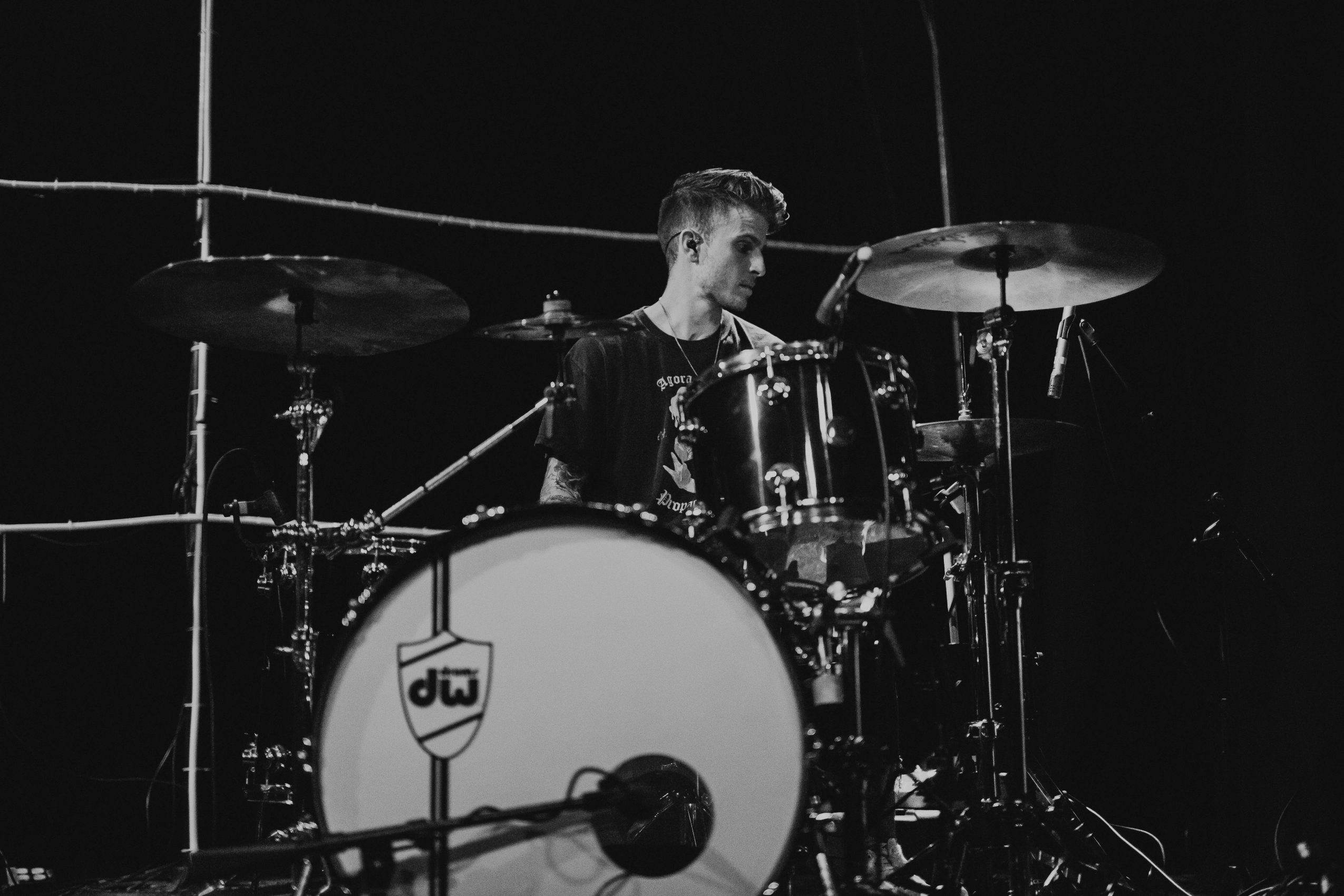 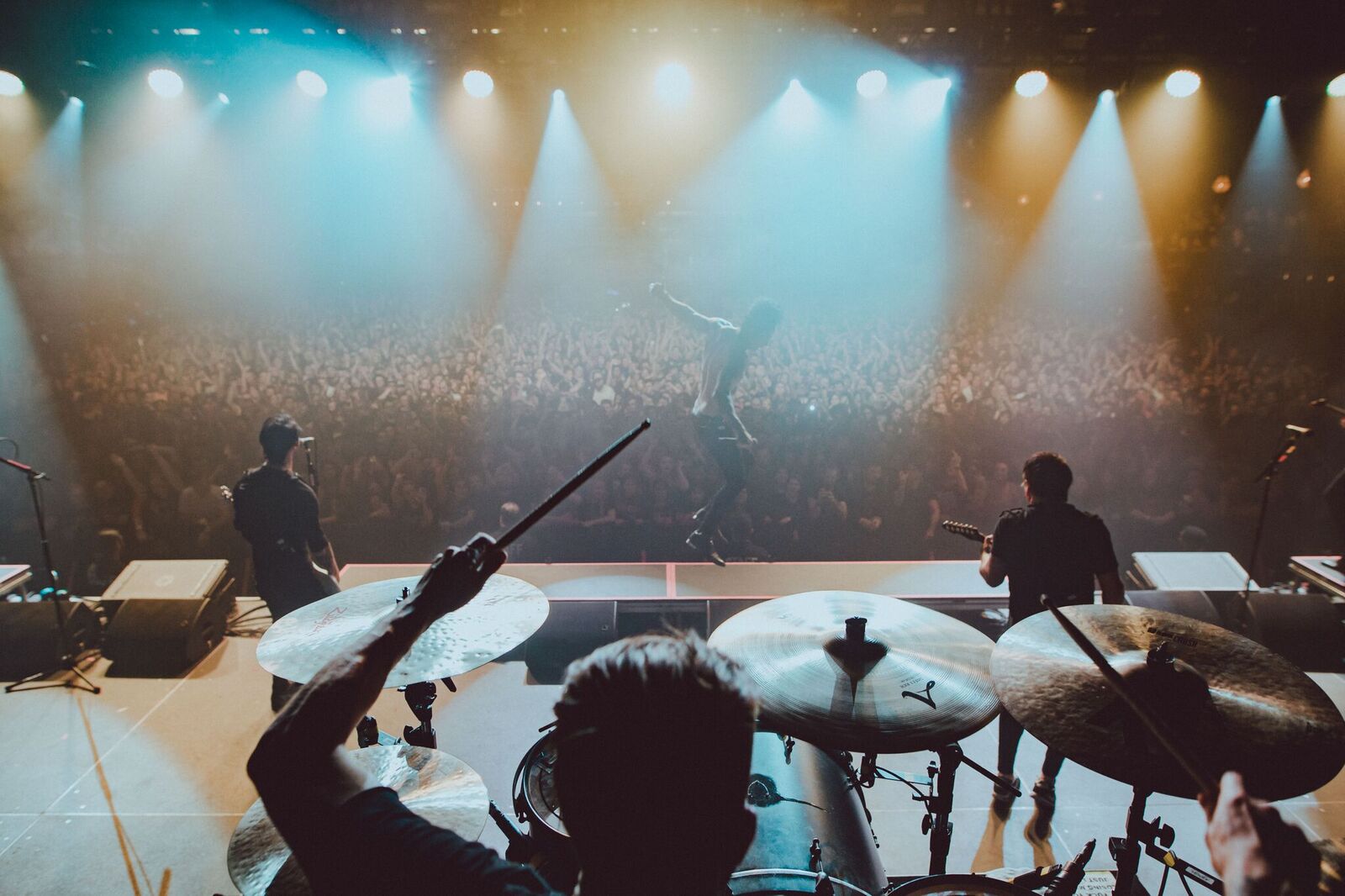