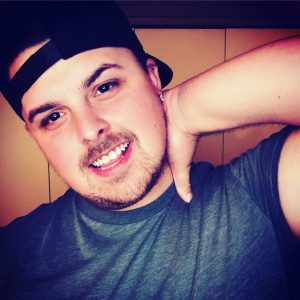 Today we’d like to introduce you to Anthony Frazer.

Early Life & Career: Born March 5th, 1991 in Philadelphia, PA, Anthony started dancing and singing at the young age of two. He idolized Michael Jackson and studied his every move and mannerism. Through the first few years of his life, Anthony’s Mommom and mother enrolled him in dance and vocal lessons at Bobby G’s Motion ‘N’ Dance.

At the age of five Anthony performed on the Al Alberts show performing with 30 girls and being the only male lead. Anthony became obsessed with Britney Spears, Nsync, Mariah Carey, Janet Jackson and many more at the age of seven. He became a constant figure in his home town and performed at various talent shows and other functions. While enrolled in Adaire Elementary School, Anthony performed every year for nine years at the Annual Spring Fling. Anthony tried out for a fox tv dance show in 2002, and for America’s Most Talented Kid in 2003.

At the age of 12, he started to write his own songs and would perform them to family and friends and anyone else who would hear. In 2006 as a freshman in High School Anthony’s music teacher wanted to enroll him in the Philadelphia Inspired Expressions Contest were kids from all over the city competed with an original written and produced song. Out of 450 kids in the city Anthony Won First Runner Up for his song “Honesty Is The Best Policy”. In 2007, Anthony tried out for American Idol. With many auditions under his belt for reality shows, Anthony began to explore Acting. He was casted in the supporting role as Zeke in the Little Flower High School production of Disney’s “High School Musical” in 2007. In 2008, he was casted as the lead role of Beast/Prince in the Little Flower High School production of Disney’s “Beauty And The Beast”. In that same year, he was casted in the lead role of Horatio in the Franklin Towne Charter production of “The Rules of Comedy”. Later, in 2009 he played multiple roles in a local musical variety show and was casted in the lead role The White Rabbit in the Franklin Towne Charter High School production of “Alice in Wonderland”. Later that year, he auditioned for America’s Got Talent.

Start In The Music Industry: From 2006-2014, Anthony had written and composed over 36 song for American Recording Artist/ Internet Sensation/ Youtube Icon Johnnyboyxo. Some songs written by Anthony Frazer are “Trannylicious”, “Gotta Move On”, “The Countdown”, “What I do”, “On The Dance Floor’, “Cheated On Me”, “I’m Just JB”, “Love (Together For All Time)”, “All You Have To Do”, “Be Cautious”, “It’s Johnnyboy”, All which appeared in the top 100 charts on iTunes during their releases. In 2008 & 2009, he released a few rough demos on his music myspace for “On The Dance Floor”, “Like Fire”, “Indulge”, ” and “Cry”.

Anthony moved to Arizona in 2009 to further his music career and go to school for music engineering. Anthony continued to write music and really focus on his craft. In early 2011, Anthony was signed with BMI for a two years contract which has been extend each year proceeding. In 2012, Anthony auditioned for X Factor. With the help of his Aunt Lisa, Anthony performed in a benefit show for Eves Place in 2014, a foundation that actively helps battered woman and children.

Becoming An Independent Artist, releasing debut Single “Let Go” and debut EP “This Is Me…”: In late 2016, Anthony began to record his own music once again to share it with the world. Anthony released his Debut single “Let Go” on February 23rd, 2018. With years of holding back from releasing his own music, Anthony wanted to choose the perfect debut single for his career. “Let Go” stands as a statement to the years he held back and worked to help other artist career, it stands as a moment where growth for his own artistry could start and it became the most pivotal moment not only in his music and as an artist but in his personal life as well. His second and third singles “My Whole World” and “Speechless” was released on March 30th, 2018.

Building the Brand, Athleisure Apparel Line, Single “Livin’ It Up” and Sophomore EP “Dreamin’ In Color”: For the first six months of 2019, Anthony played at many venues promoting his music in Phoenix and surrounding cities in Arizona. He appeared at venues like Yucca Taproom, BarSmith, Caravan Taproom, Cash Night Club and more. He shifted focus on building his brand and his vision to build beyond music working on an Athleisure Apparel Line called “The Trademark Line”.

In June 2019, Anthony started writing new music and ventured into a new show at Caravan Taproom in Phoenix, AZ, every 2nd Friday of each month. The residency show features Anthony Frazer and Taylor Rene’ as the main acts. The show showcases local independent artists both LGBT+ and Allies that open for them.

Anthony wasn’t sure what sound his next EP was be but he wanted to take branches from his first EP and elaborate off of it. The first single for his sophomore EP “Dreamin’ In Color” is “Livin’ It Up” (Feat. Taylor Rene’). The single was released on September 13th, 2019 and performed live and promoted at a few events Including AZ Sandbox Music Festival, Phoenix Fashion Week and Imperial California Pride. The 2nd single released from this project is “Just Like Me” (Feat. Razzberrie). The sophomore EP, “ Dreamin’ In Color” was released on October 18th, 2019. Collaborating with artists like Cmrn Hill (Razzberrie), Tragic, Luisifer, Travis Sabolik, Taylor Rene’ and many more.

Show and Festival Collaborations; Creating a platform for unsigned artist: Anthony performed at over 30 shows with collaborator and fellow artist Taylor Rene’. Some being Sandbox Music Festival, Imperial California Pride, AZ Hip-Hop Festival, on the first-ever pride night that kicked off the hip hop festival weekend; Phoenix Rainbow Festival on the main stage and Elevate, a Gala hosted by Eve’s Place to support a cause for battered Women and Children. Anthony also headlined two residency shows “SWAG” and “Anthology”.

“SWAG” is a show that showcases talent from Anthony Frazer and Taylor Rene’ and has featured some crazy talented Artists like JuinorTheArtist and Stylitical. The show had also spearheaded a live Talent search for other unsigned and underground artists in Arizona. The show took place at many local venues and bars to find not just talented artist but artist that are hungry and want to kick start their careers and have them compete for a title in SWAG Live.

The holiday EP “Love In December”: In December 2019, Anthony released his first-ever holiday EP “Love In December”. The Ep consists of chill pop and r&b tracks to set the mood for love and relationships. The Ep has six tracks five brand new originally written holiday tracks and one previously released track re-recorded specifically for the Ep which was also his debut original holiday single from 2018 “My Christmas Gift”.

A New Era: In Early 2020, Anthony released his 3rd and 4th singles to further promote his sophomore EP “Dreamin’ In Color”. The 3rd single released was the tropical Miami/ SoCal infused track “Dance With Me” featuring Luisifer on Jan 31st. The 4th and final single released was the breakup anthem “Next (Another Song)” featuring Tragic on Feb 28th. In March 2020, Anthony announced is follow up EP “Reflections” slatted to be released in late Spring 2020. This New EP is said to be a Reflection of his music prior to his debut EP “This Is Me…” the material for this EP is a collection of songs written from 2007- 2017. Anthony is currently in the studio working on his new EP “Reflections” as well as a joint collaboration album with Recording artist Taylor Rene’! Both slated to be released Summer/Fall 2020!

Overall, has it been relatively smooth? If not, what were some of the struggles along the way?
The road to success in my line of business is never easy. To be a singer/ entertainer and performer, it takes a lot of time and effort and I have been at this since I was two. I have taken classes in music, dance and writing, currently furthering my education and going to school for audio engineering and music production in college.

I lost friends, I lost time with family, I lost in love and relationships, I was homeless at one point couch surfing and living in my car. But my passion and love for music has always helped me get through and reach beyond to that next chapter in my life. And it’s crazy cause you always think “wow this is it, I can’t do it anymore”, but you make it through. A passion and obsession is one hell of a Drug but music and writing and producing is so therapeutic for the soul you find so much healing along the way. I don’t think I would want it if this industry or career was easy to achieve.

Can you give our readers some background on your music?
My music is pop, hip hop and rnb. My music represents the many artist that have influenced me over the years. From Michael Jackson and Janet Jackson to Britney Spears and Justin Timberlake. My music has evolved with me over the years as well. From my earlier years as a writer I have opened my musical pallet to explore more genres not just for myself but for other artist I work with. I never wanted to have my music defined or put into a box. So through out my music I have written and produced you’ll hear EDM, Rave, House, Country, Trap and Dubstep and I have carried those sounds and influences to help create a more diverse sound in my music that is Pop, Hip Hop and Rnb.

If you had to go back in time and start over, would you have done anything differently?
You know I get asked this question a lot and to be honest with you I don’t know that I would necessarily change anything. Life is all about learning from your mistakes and doing the best to be able to grow from them. I don’t necessarily agree with everything that I’ve done or say that it’s perfect but the lessons that I’ve learned from them have helped me grow not only As an artist but as a person. What I like to see myself further in my career and what could I have possibly done differently to be able to execute that I really don’t know. I think education is important and I would like to say that if I would have stayed in school not just on my academics but also in my dance classes and stuff like that and vocal classes that I would be somewhere further but this Industry is so hard to get into it’s not like you can just go to school get a degree and you’re in the industry.

You really have to focus and hone in on who you are as an art artist and you have to make connections with people to be able to make your way to the top. I feel like in my situation I was a child during the most imperative years my life where my career would have been able to exceed a lot. But the adults around me were more in control than I was at that time I wasn’t able to be more in control over my career until I was 18. So again in the grand scheme of things I don’t necessarily regret anything or wish to have start over I’m just glad that I learned what I have and I was able to do what I can throughout my life.

One big lesson I learned is that you can’t control everything but it is so crucial to read contracts and also do you have contracts if one is not presented. 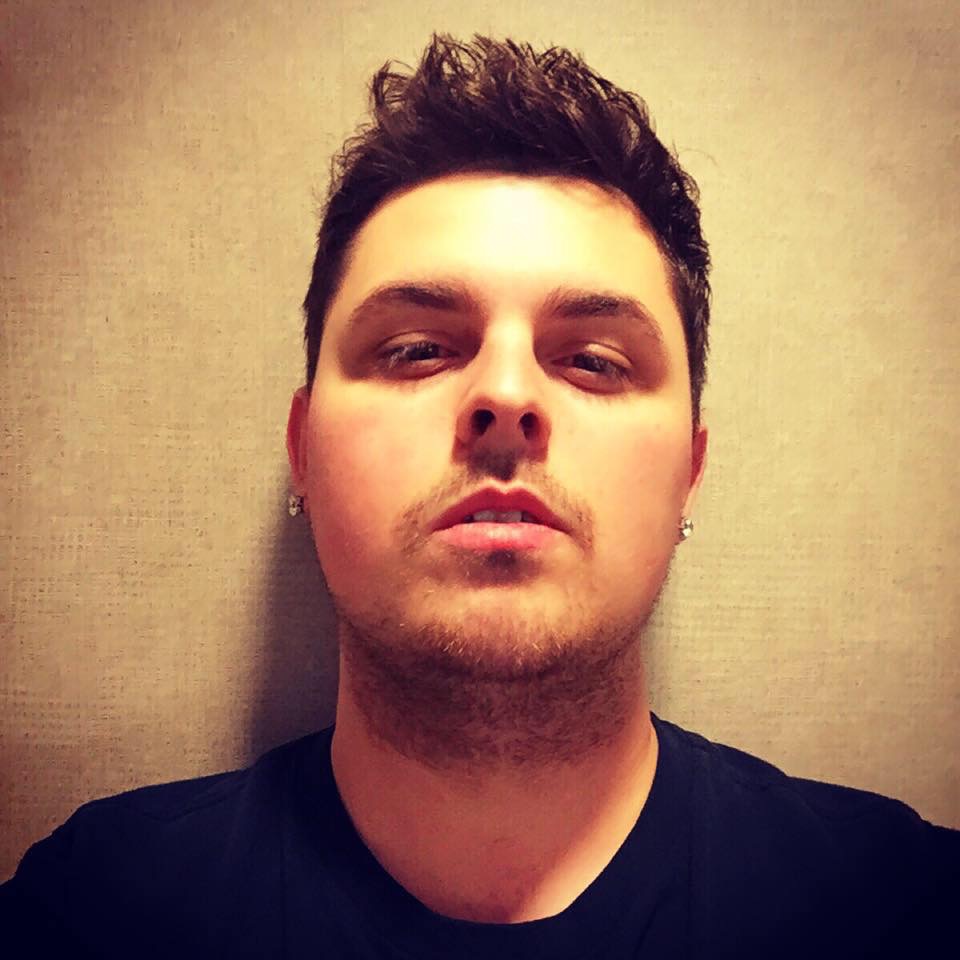 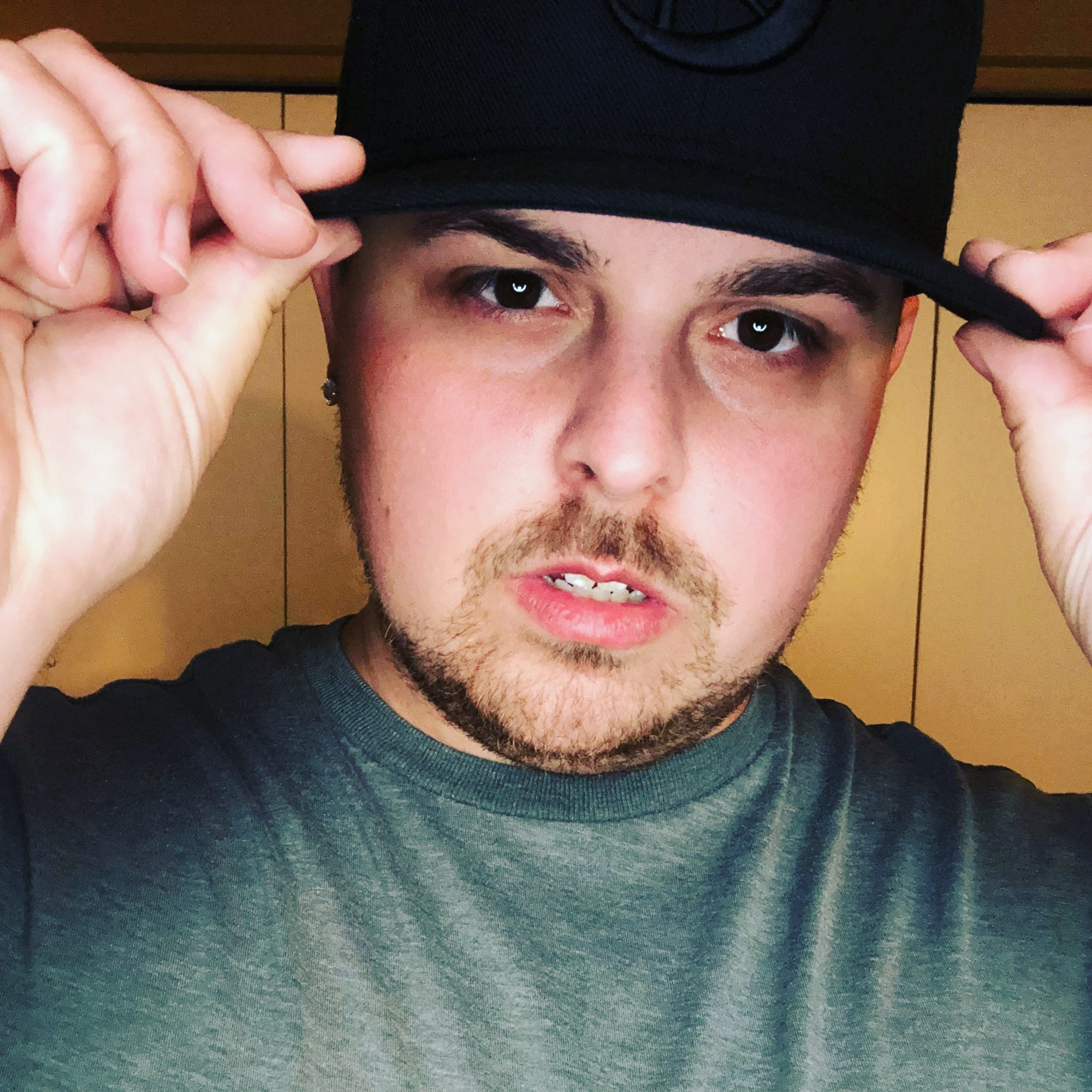 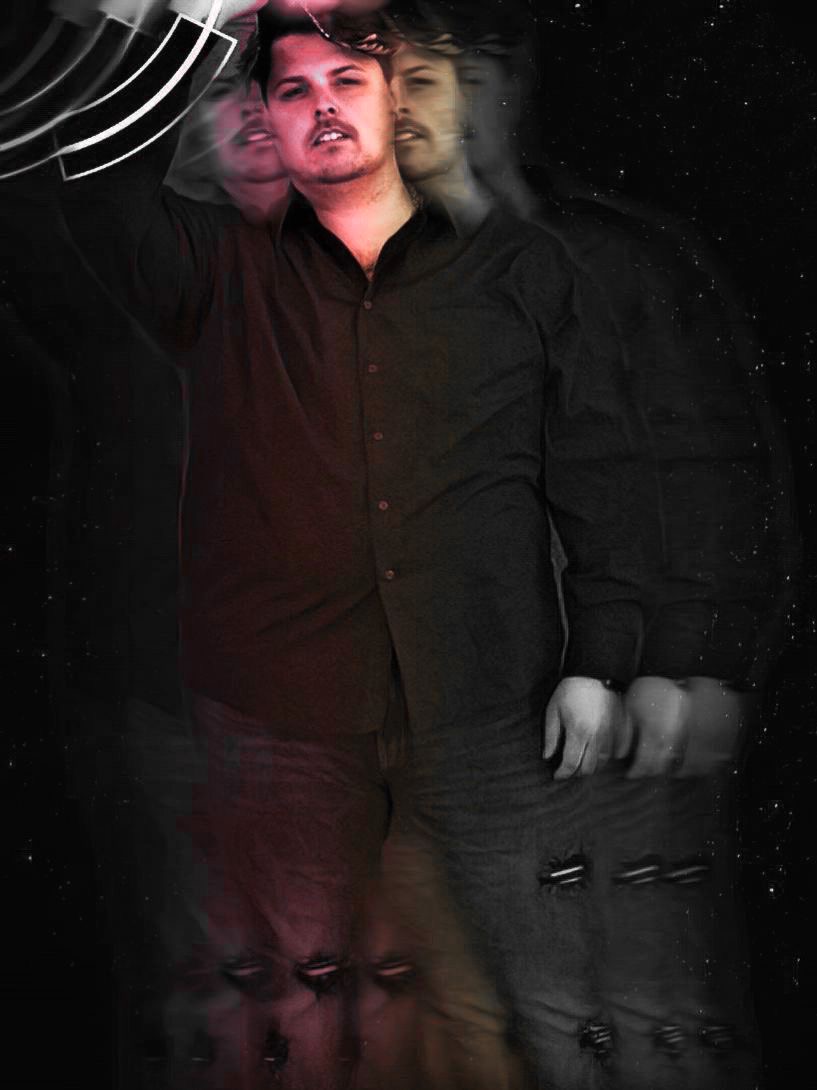 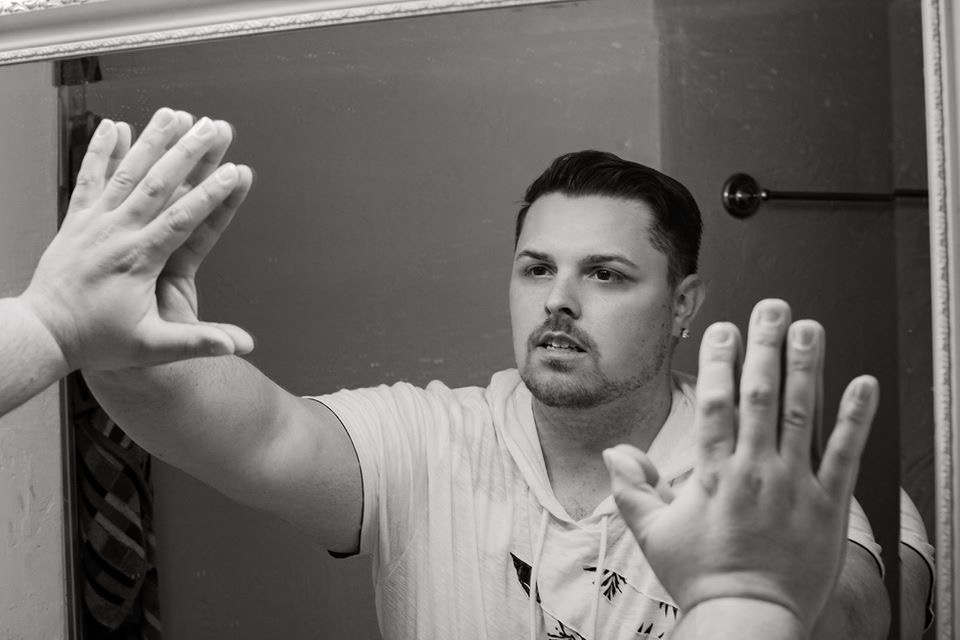 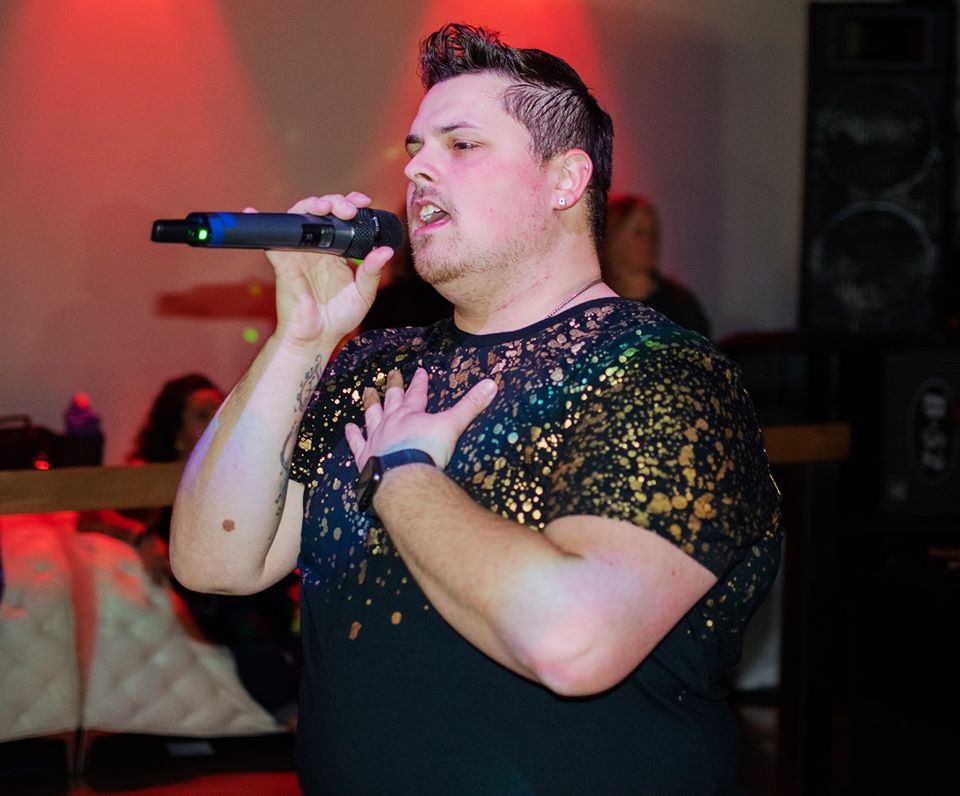 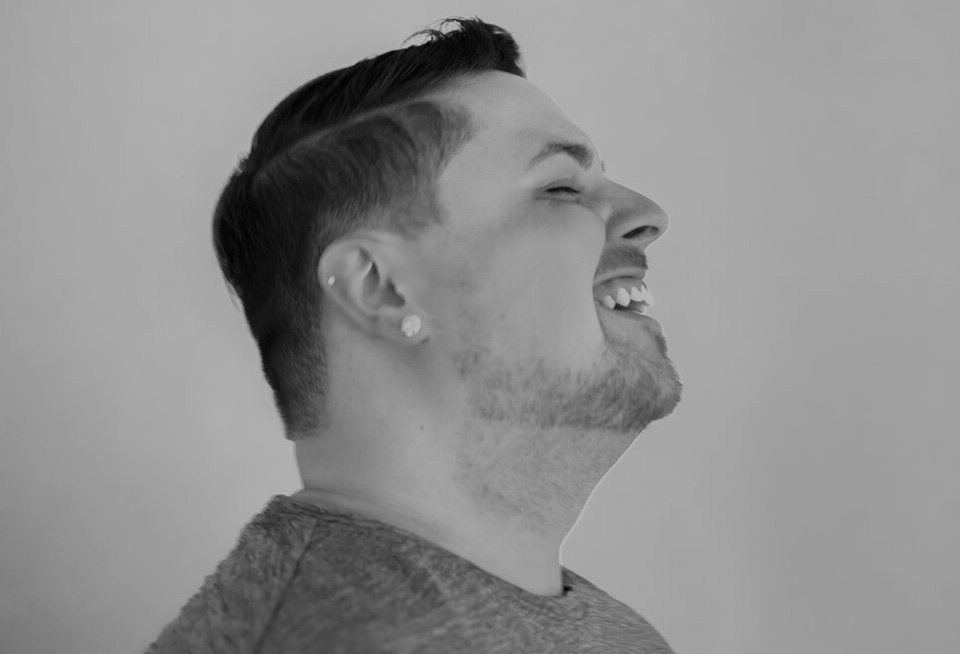 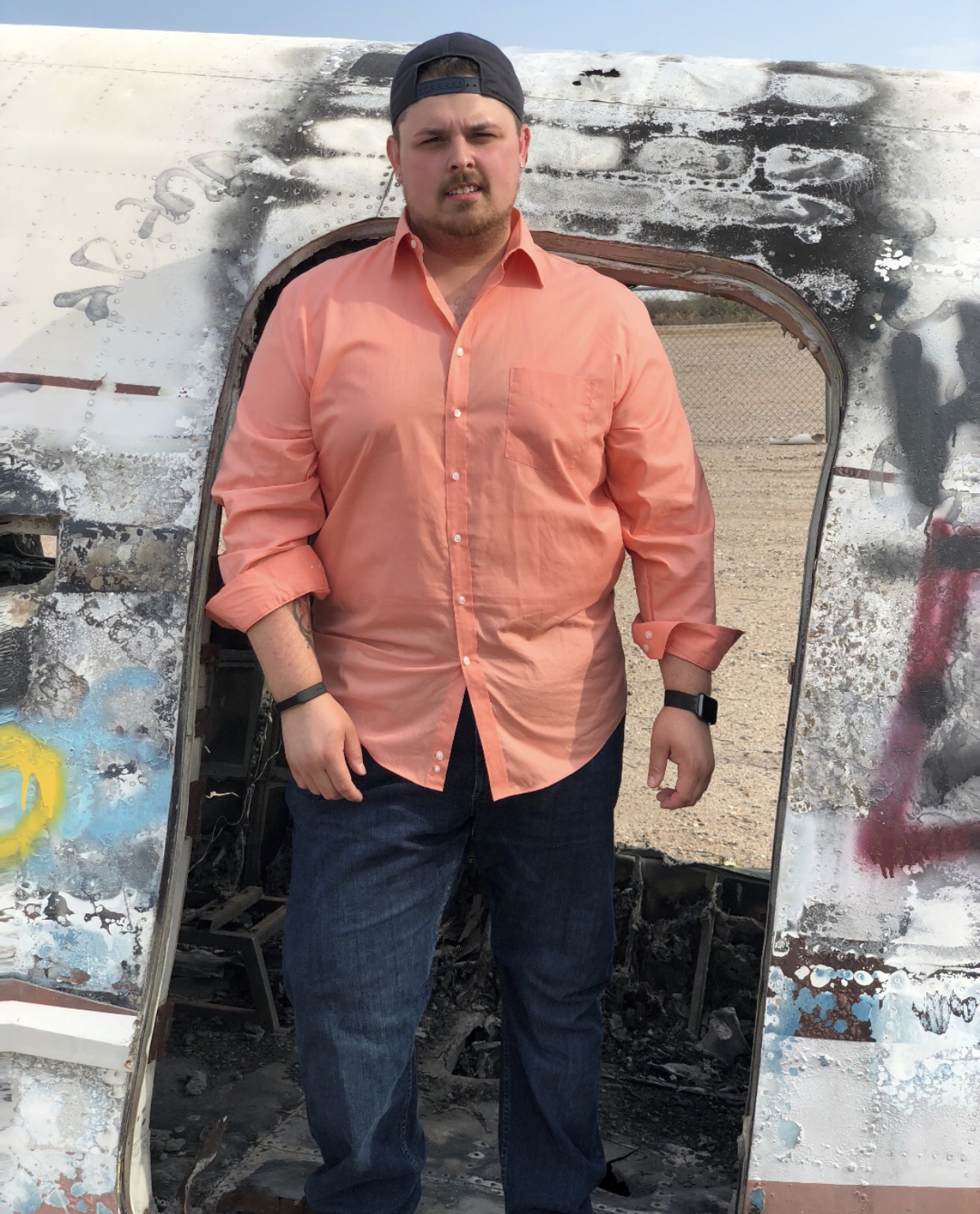 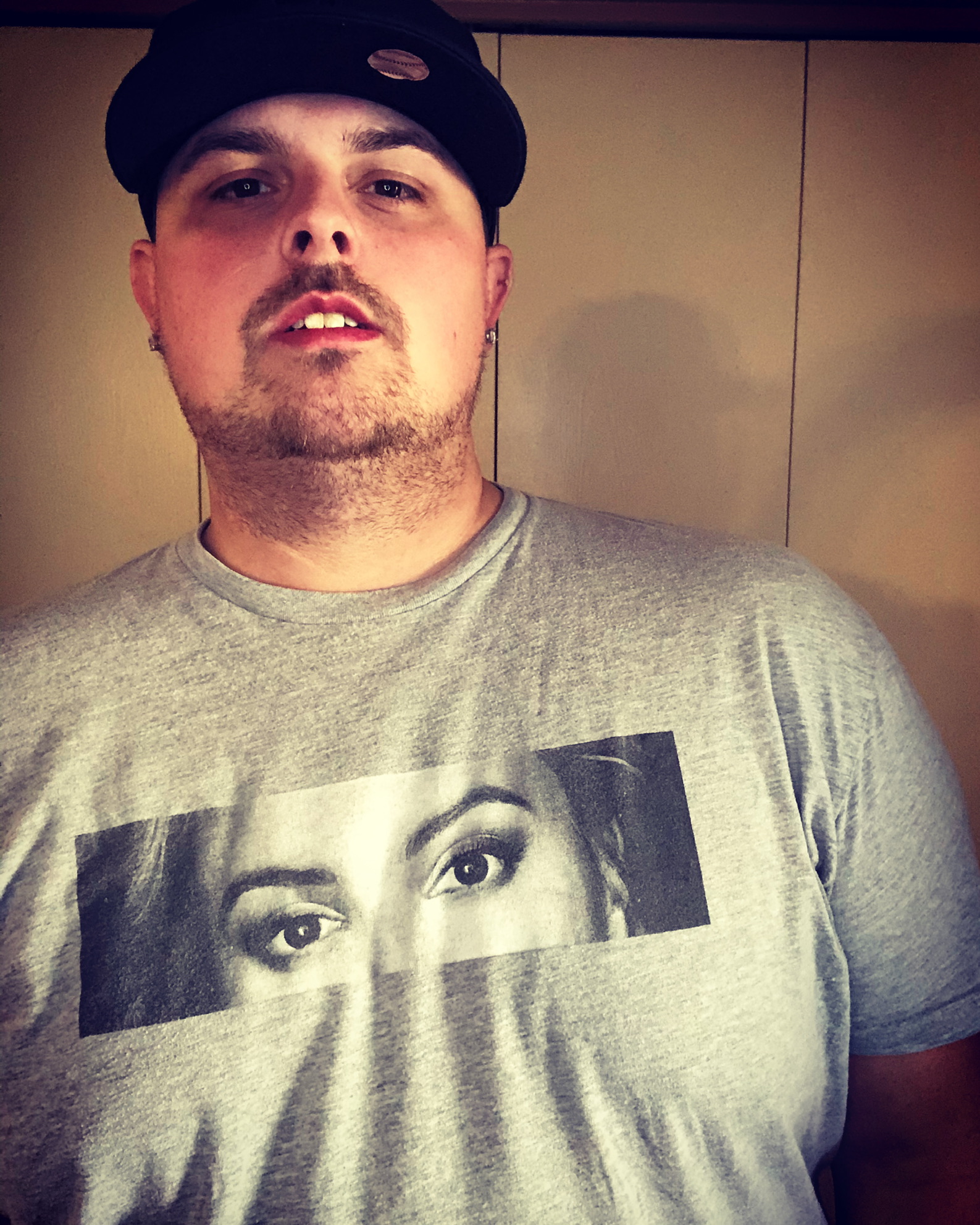