Today we’d like to introduce you to Anthony Fields.

Anthony, let’s start with your story. We’d love to hear how you got started and how the journey has been so far.
As a basketball player, my goal was always to play in the NBA. After playing men’s college basketball at Wake Forest, Bradley and Liberty University I slowly started to see that was not a reality. I earned a Sports Communications degree from Bradley and a Sport Management Masters from Liberty. Both pieces of paper ended up being very valuable for me. Playing for three different head coaches and staffs gave me a plethora of connections in the basketball space. Leaving a great reputation behind for coaches, teachers and athletic directors did me very well. All of them are now in powerful positions in the sports world. Most importantly, they have all been willing to help me. It’s beneficial to treat people right and value character and integrity.
After my last season of college basketball, current Virgina Tech Men’s Basketball coach, Matt Ohlinger helped me structure a resume with all my accomplishments and references. Shortly after sending that out opportunities started to manifest. I wanted to work in sports, but had no clue what the wind would blow my way.

I spoke with an executive at Jordan Brand about a position, but nothing manifested. My college coach at the time, Ritchie McKay spoke with a Nike rep about an opportunity but nothing again. I tried a couple other opportunities, but things just were not happening fast enough. My former high school coach, Isaac Pitts told me that Texas A&M Men’s Basketball was looking for a young guy to hire on support staff and that I should apply. I called the former Athletic Director of Wake Forest Ron Wellman to see if he could find it in his heart to write me a letter of recommendation, to send in with my resume and luckily he did. A couple of days later their head coach Billy Kennedy gave me a call and was bringing me to Texas for an interview.

By the blessings of God after a face to face, I was hired as an Assistant Video Coordinator and Operations Assistant. I was a liaison between the players and coaches while executing film breakdown, scouting reports, recruiting database/materials and so on. While I was now transitioning from player to coach it was very difficult. You’re now involved in practice plans, depth chart discussions, recruiting, skill development and judging others based on their day to day performance and growth. I couldn’t be on the floor in practice but did something that helped me transition into the current part of my life, network. Our team had some really good prospects so NBA executives, personnel, scouts and general managers would always come watch practice. I stepped out of my comfort zone, making it a point to exchange information & build relationships with each one I met.

My goal was to play in the NBA, but never thought about working in a field that could have me in a different arena every night. After one year on staff at Texas A&M, it was not in the plans to renew my deal. So here I was out of a job and back at square one. One of the scouts that I met told me I would be great in the agent space. I knew nothing about it, but did see a ton of agents chasing the families of certain players at Texas A&M. Sometimes hiring the right agency could set an athlete up for life. It’s a job that can help a player start his career off right and end on a good note. On or off the field, there are ways for athletes to take advantage of their platform. I decided to give it a try. Started the process of talking to a couple agencies, but all the conversations made me feel like they were transactional and only cared about making money off player’s backs.

I came across a gentleman by the name of Joby Branion, Founder and CEO of Vanguard Sports Group. I was introduced to him by my mentor, Tony Dutt. Joby talked about the great things he’s heard of me and what he cared about. I expressed to him how passionate I was about sports and my background. After hearing my story he decided to give me a chance. A week before having to move out of my apartment I had a new job with a full-service sports agency. Only one thing, they only represented NFL players. I started out doing things for our football clients Von Miller (Denver Broncos), DJ Reader (Houston Texans) with hopes we would eventually do basketball.

Few months in, Joby decided to start a basketball division. Along with the great resources at our firm, I was tasked with curating our basketball division. I mixed our platform along with my background as a player. I was recruited by college coaches and now had a college coaching background. Coaching involves managing player and family relationships.Garnering that experience along with all the basketball connections back to grassroots gave me tools to be successful. In my first year, our firm signed Wendell Carter Jr. out of Duke University who was the 7th Pick in the 2018 NBA Draft. Shortly after the signing I knew being a executive at a sports agency was the coolest thing in the world.

Has it been a smooth road?
Some of the struggles I’ve dealt with is my experience. I left college and was on a  staff two months later. About 10 months later left college coaching and became a sports executive at an agency. I have been doubted all my life, mainly because I go for the home run at everything. I’m a cutting lines type of guy, everyone is not equipped to do that. My approach has always been; it’s not about who did it first, it is about who does it right. People always put qualifications on certain jobs that can be done or when someone thinks you’re ready. Sure, everyone is judged off their experience but your work and passion should mean something. With the two of them you have a chance. I have been blessed to show my worth by people taking chances on me, early. I’m an extremely hard worker and I study my craft. As a player, I always worked on my game despite the circumstances. My work ethic is paying off in an industry where you get nowhere without it. Therefore, my struggle has been that most executives are older than me, which gives them an experience advantage. On the flip side, as our division continues to expand that will start to diminish. I wish I could explain how everything has come to fruition, but I say a mixture between being comfortable being uncomfortable & God’s grace.

We’d love to hear more about your work.
At Vanguard Sports Group I am one of the executives in our basketball division. As the Director of Basketball, my task includes managing the relationships with our NBA players, their families, teams and rapidly growing our division, yearly. I tell everyone I specialize in people. One of my minors in college was family consumer science, because I enjoy others. I have a Ph.D. in basketball, so I take my job very serious. When our new clients sign my task is to set up their NBA Pre-Draft regime, in preparation for NBA workouts. Once players are drafted, I help them transition into the NBA and prioritize. For our current clients, my job is to follow their success yearly by attending games, staying in touch with their coaches, executives & personnel. Skill development is important to me, so assisting our players with season and off-season training to make sure they continue to get better is vital.

I’m known for really caring about the players I work with and pushing them to the limit. As it was my dream to be in the NBA, I take it seriously to make sure our guys sustain their careers and take advantage of the opportunity at hand. All of our players have a shot at generational wealth, through sports. My goal is for them to attain that. We currently have 3 NBA players in just three years and I want all of our current guys to be successful. Our company sets players up 501 C 3’s (foundations), Financial Oversight (to watch their financial advisors), Ph.D. Psychiatrist (protect mental health) and we guide and empower their careers. At Vanguard, it is not about agent fees or marketing dollars. Our firm genuinely wants what’s best for our clients and will do anything in our power to help. Most firms want tons of clients so they can make money and not truly invest time or resources, but everyone at Vanguard is involved for being apart of something bigger than themselves. In that environment, you’ll always have happy clients because they’ll feel valued and not taken advantage of.

Is our city a good place to do what you do?
California is full of entertainment. All of the sports agencies have headquarters in the area. It’s beautiful and full of energetic people. In terms of sports, you have the Lakers, Clippers, Chargers, Rams and Dodgers. In the past year, there has been tons of press centered around sports in LA. With historical colleges like UCLA, Stanford and USC there is always a buzz. Anyone trying to get involved in this industry should start there. Attend events, games and build your connections. California has some people doing great things in this industry. In the summer, most athletes train there as it has amazing training facilities and rejuvenating scenery to relax & clear your mind. Great place to get started! 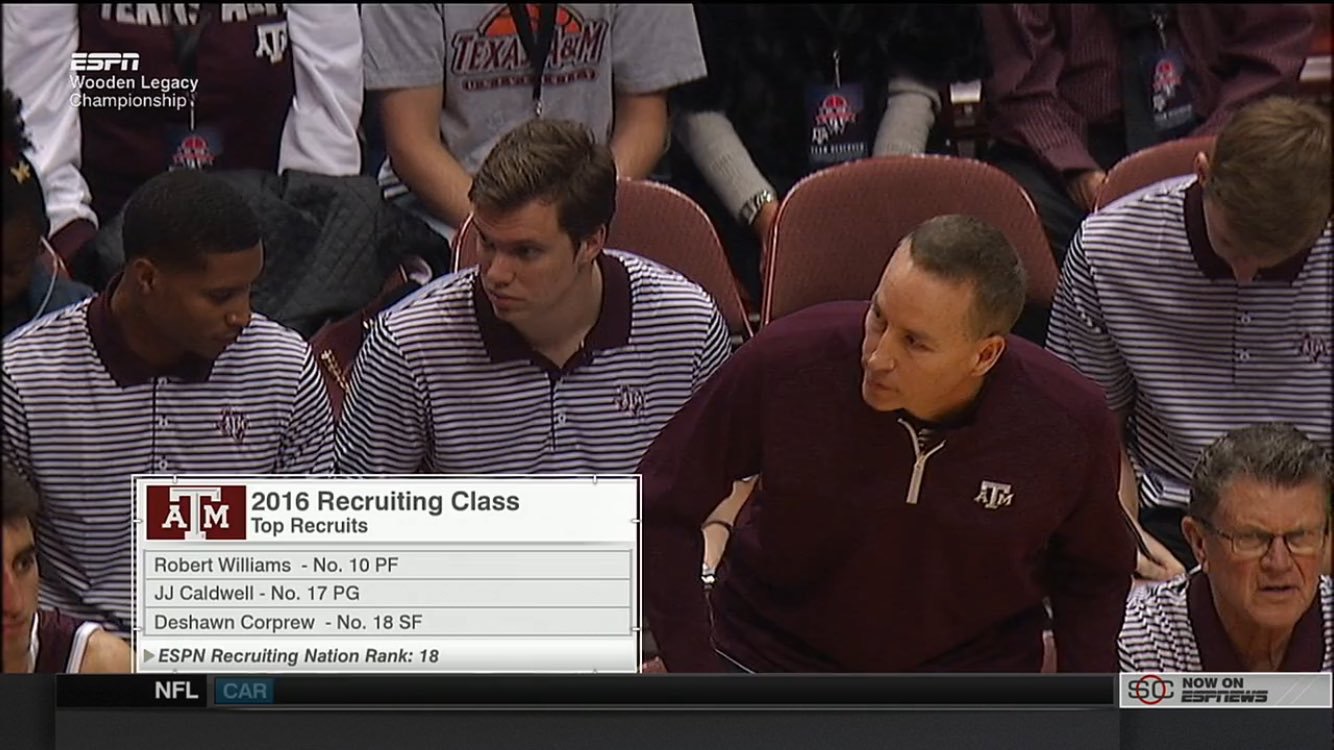 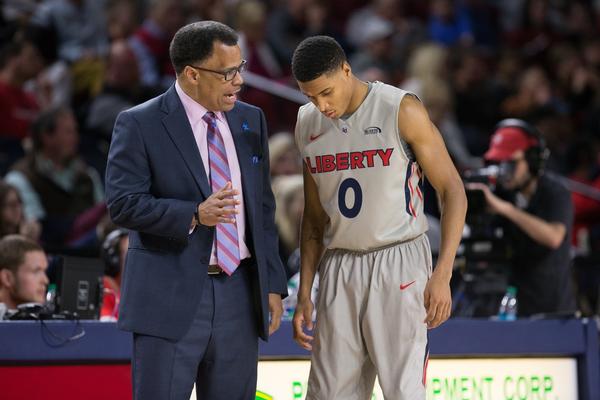 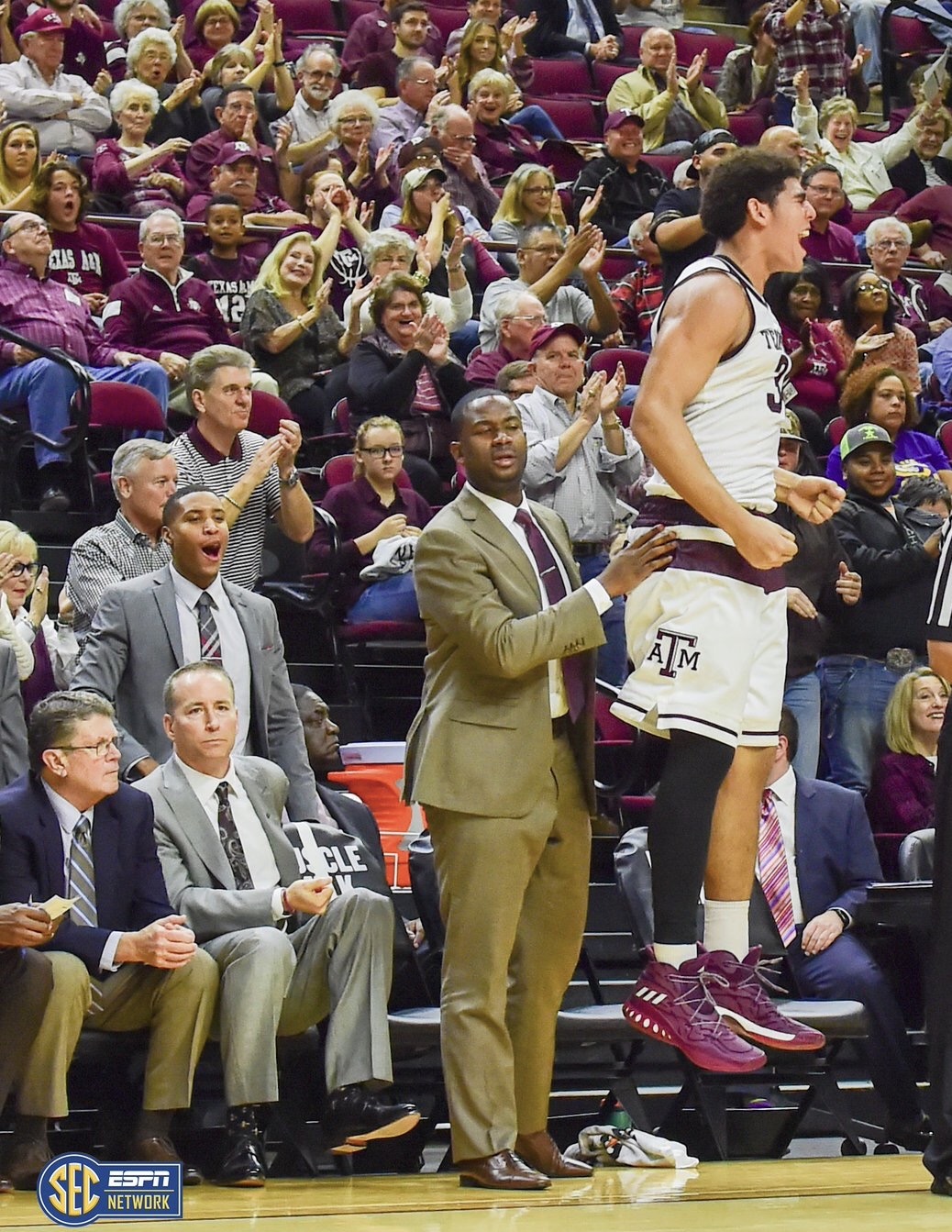 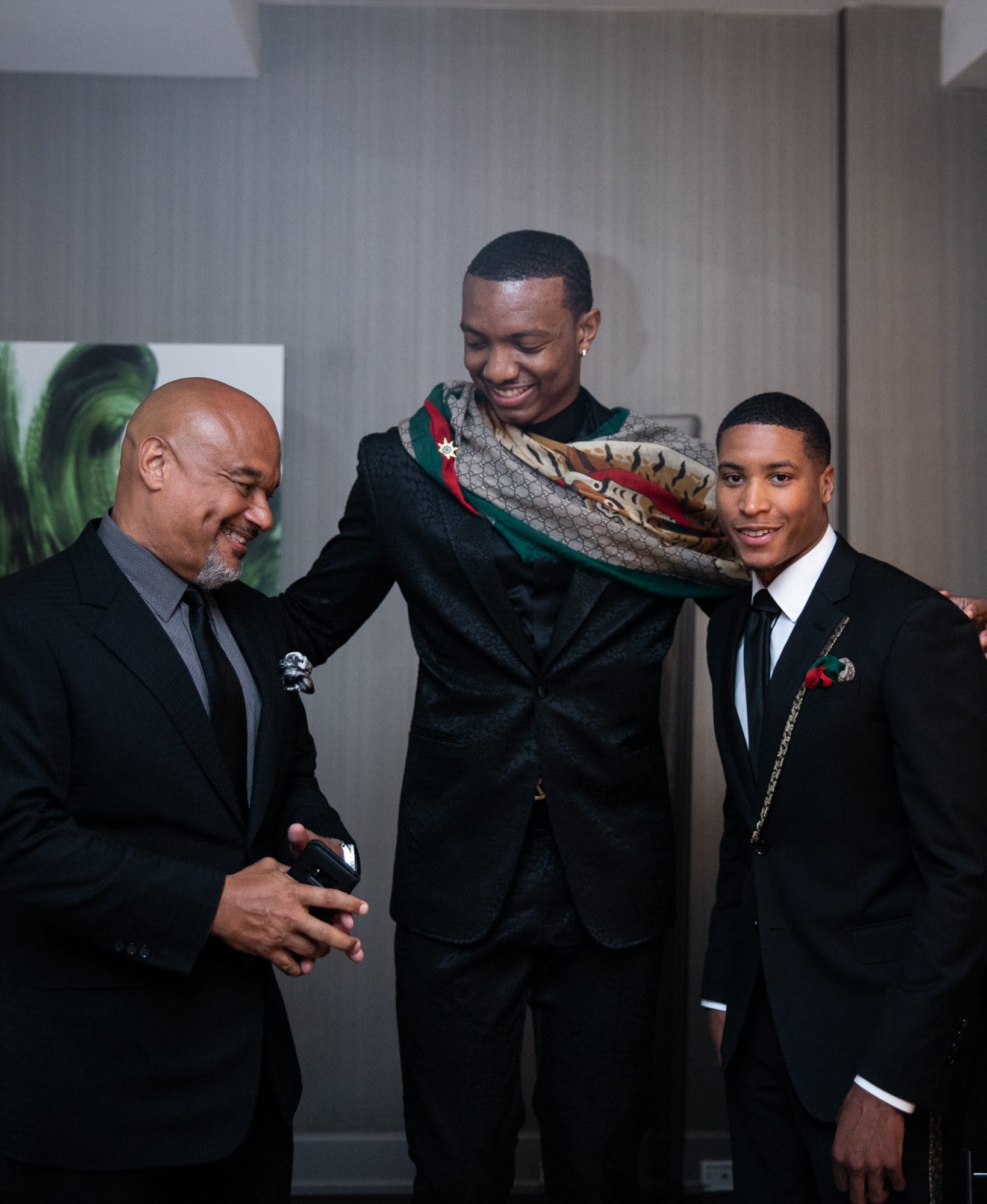 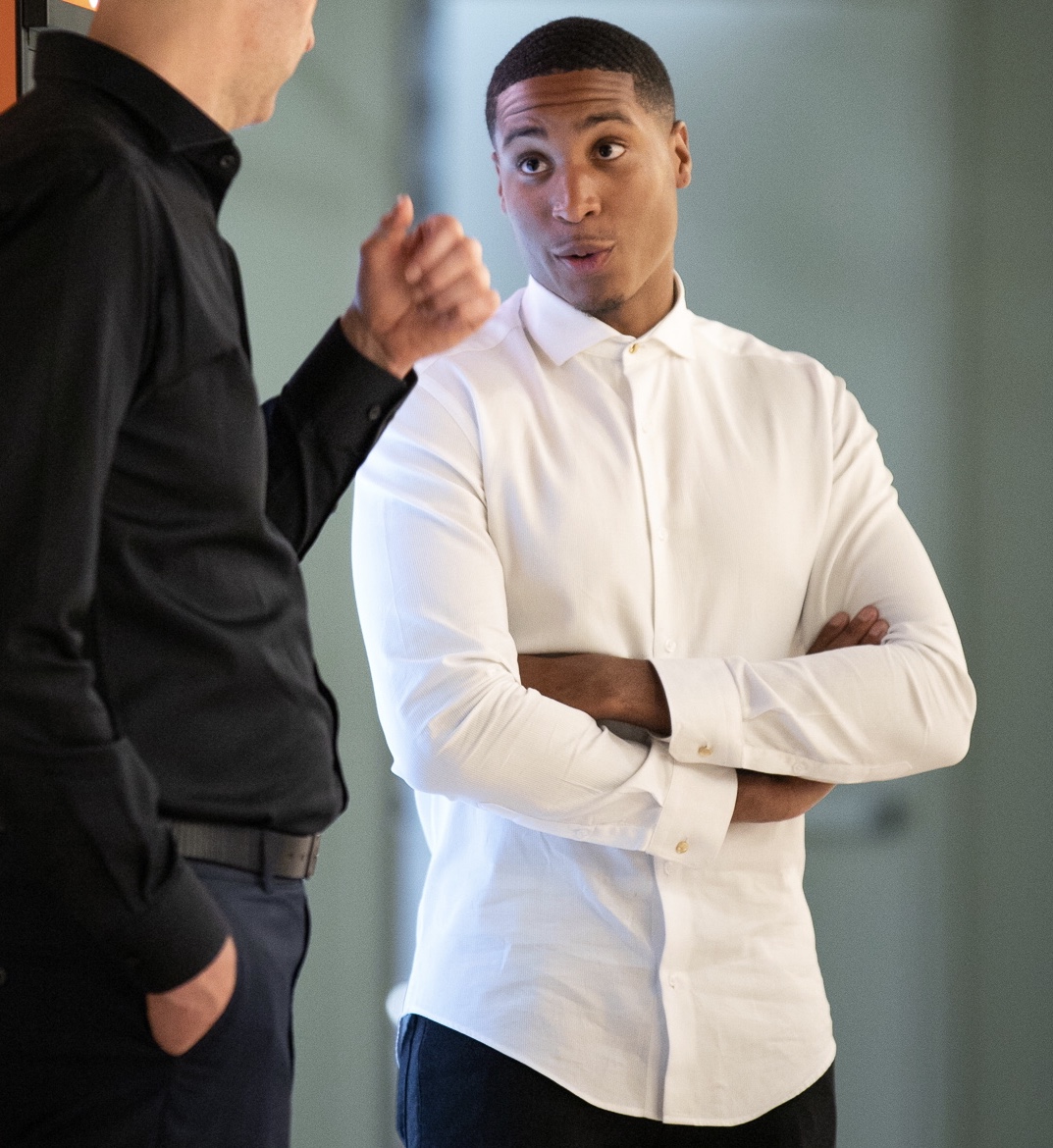 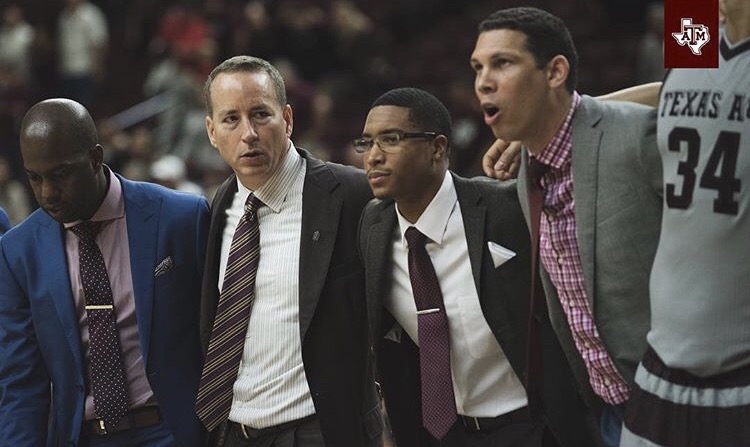 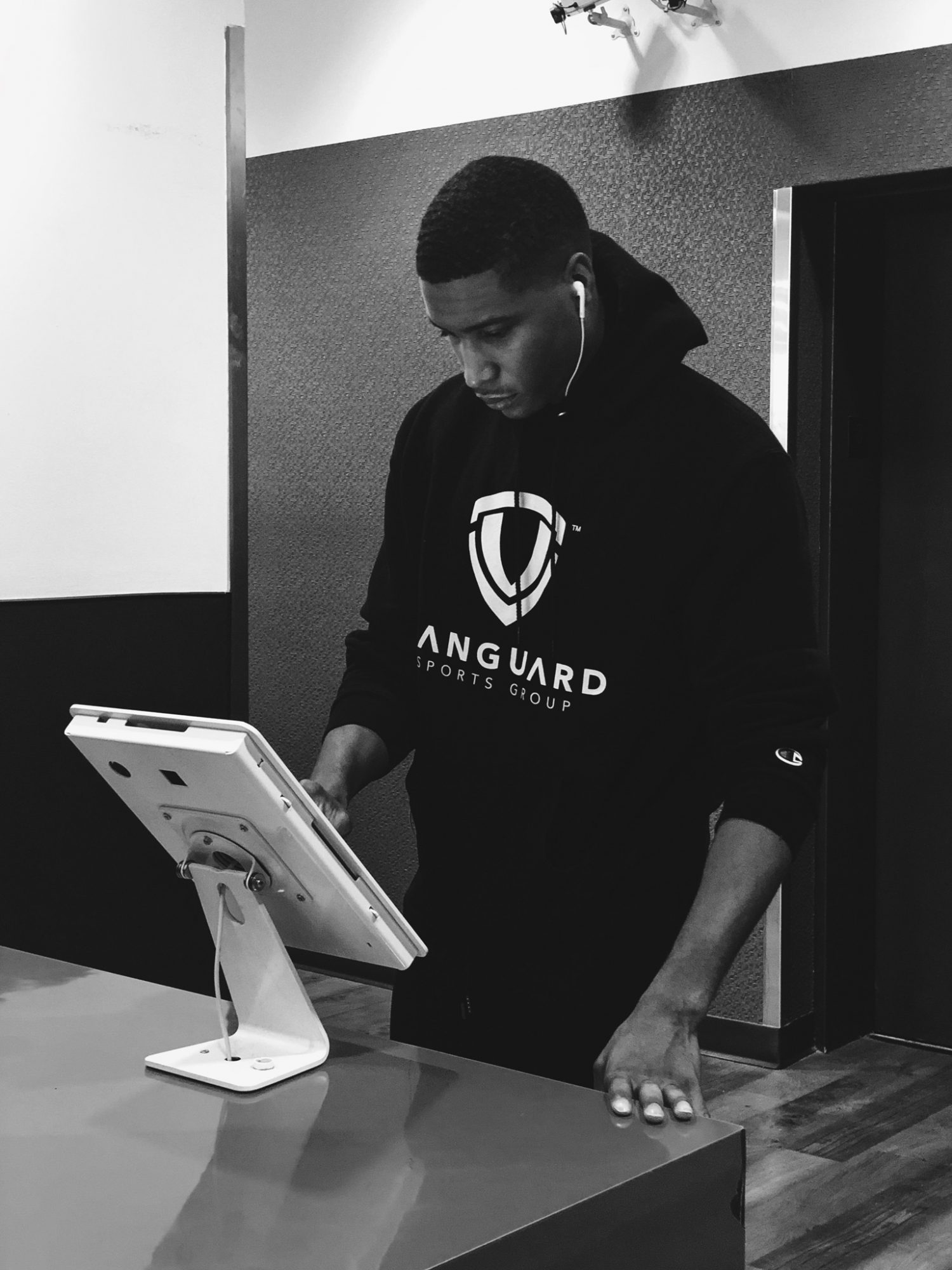