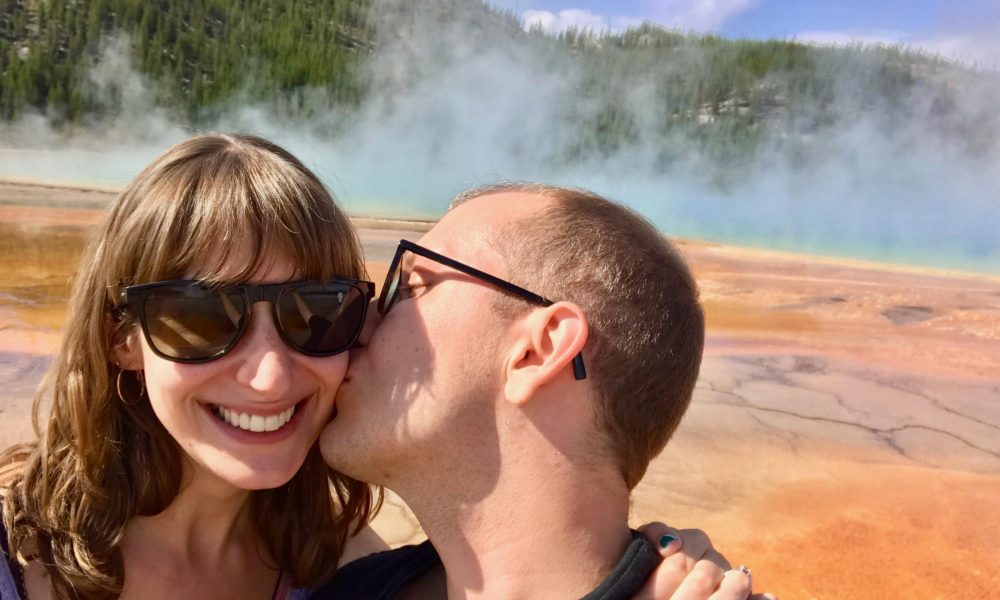 Today we’d like to introduce you to Annie Levine and Jonathan Emerson.

Annie and Jonathan, please share your story with us. How did you get to where you are today?
Jonathan: We were fixed up as writing partners. I was taking a UCLA Extension class from a writer named David Isaacs. At the end of the class, he asked if I had ever considered getting a writing partner. I didn’t know what all that meant but was definitely not going to say no to this guy. It turned out that David’s writing partner’s daughter (follow that if you can) was also starting out and was looking to team up with somebody. About a month later, Annie and I met. We teamed up immediately and a week later, we started dating. It was a risky move to date your writing partner, but ten years later and we’re working and married. Needless to say, that class was the best $500 I’ve ever spent.

Annie: After writing more scripts than we are willing to admit to in print, we landed a freelance episode of a Disney show. That’s where you come in and pitch episode ideas to the writers of a series. If they like your idea, they’ll work out the story with you and then send you off to go write it. It’s a fantastic way to cut your teeth when you’re starting out, though sadly these opportunities are becoming fewer and fewer. We were doubly lucky to then be given another freelance, this time an episode for a new Nick at Nite sitcom. (Back when they were trying to do original content. We didn’t go in and pitch a Happy Days rerun.) That script is what turned into our first full-time staff job. From there, we went on to work on shows for CBS, Apple, and now Netflix.

Has it been a smooth road?
Annie: There’s no such thing. First, you have to break into the business. That means working day jobs and writing at night. I worked a desk job at a Jewish temple. Jon worked in a parking garage. Then you get staffed on a show and you have to unlearn everything you taught yourself. Your way of working might not be your boss’s way of working, but guess who wins. Then you get canceled and you remember that that’s a thing that happens to TV shows. So, you hustle for your next job and if you’re lucky enough to find one, you then have to learn another brand new way of working. And on and on and on with no off days. If you’re on a show you’re doing 10-14 hours a day where you have to be funny on demand. You can’t wait for it to come to you. And if you’re not on a show, you’re working even harder to get that next job.

Jonathan: Plus, writers by design are pretty neurotic. So even when you give yourself a break, you mostly just spend it feeling bad that you’re not working. So you start working and immediately wish you could have a break. And for us, we have to add in that we’re married. We wake up together, drive to work together, sit in a room all day together, then go home together. Most people get to go into the writers’ room and complain about their spouse. If I did that, she’d be right there to complain about me! (And everybody would totally take her side.) You have to master work/life balance very quickly when you’re a married writing team. Thank God for sleep, because we probably see each other 16-18 hours a day. You learn to not take it personally when the other person throws you out of the apartment for an hour.

So, as you know, we’re impressed with Levine & Emerson – tell our readers more, for example what you’re most proud of and what sets you apart from others.
Jonathan: The honest answer is we do anything that pays. But our passion is comedy. We especially love to do multi-camera comedy (think Friends, Cheers, Everybody Loves Raymond).

Annie: We’re a little bit of a rarity in that regard. Most people our age want to do ironic, quirky stuff. We love the feedback of an audience. We love the challenge of telling compelling stories that also make people laugh.

Jonathan: Audience feedback is key. Because no matter how hilarious and brilliant you think you are, you can’t argue with silence. But you CAN pretend the joke wasn’t yours and quickly try to replace it with something good.

Let’s touch on your thoughts about our city – what do you like the most and least?
Annie: I’m actually third-generation Los Angeles. Yes, we exist. What do I like best? First off, having gone to college in Chicago, I can say with absolute certainty that Los Angeles has the best weather ever. Jon and I are very lucky to live in a part of the city that’s walkable. There’s always something to do, somewhere to eat, something interesting going on. But you can also turn it all off. I love New York, but find it a difficult place to be when I just want some quiet. Los Angeles offers you a great mix of both speeds. What do I like least? Driving. Though, to be fair, driving is my least favorite part of any city.

Jonathan: It’s one of the best food cities there is. We have everything. And if we don’t have it, we’ll probably get it soon. What I like least is how difficult it is for people to live here. Rents are insane, traffic is ridiculous, and everything is so sprawled out. Once you manage to find your groove, it’s a great place to live, but it’s definitely not a city I would call inviting. 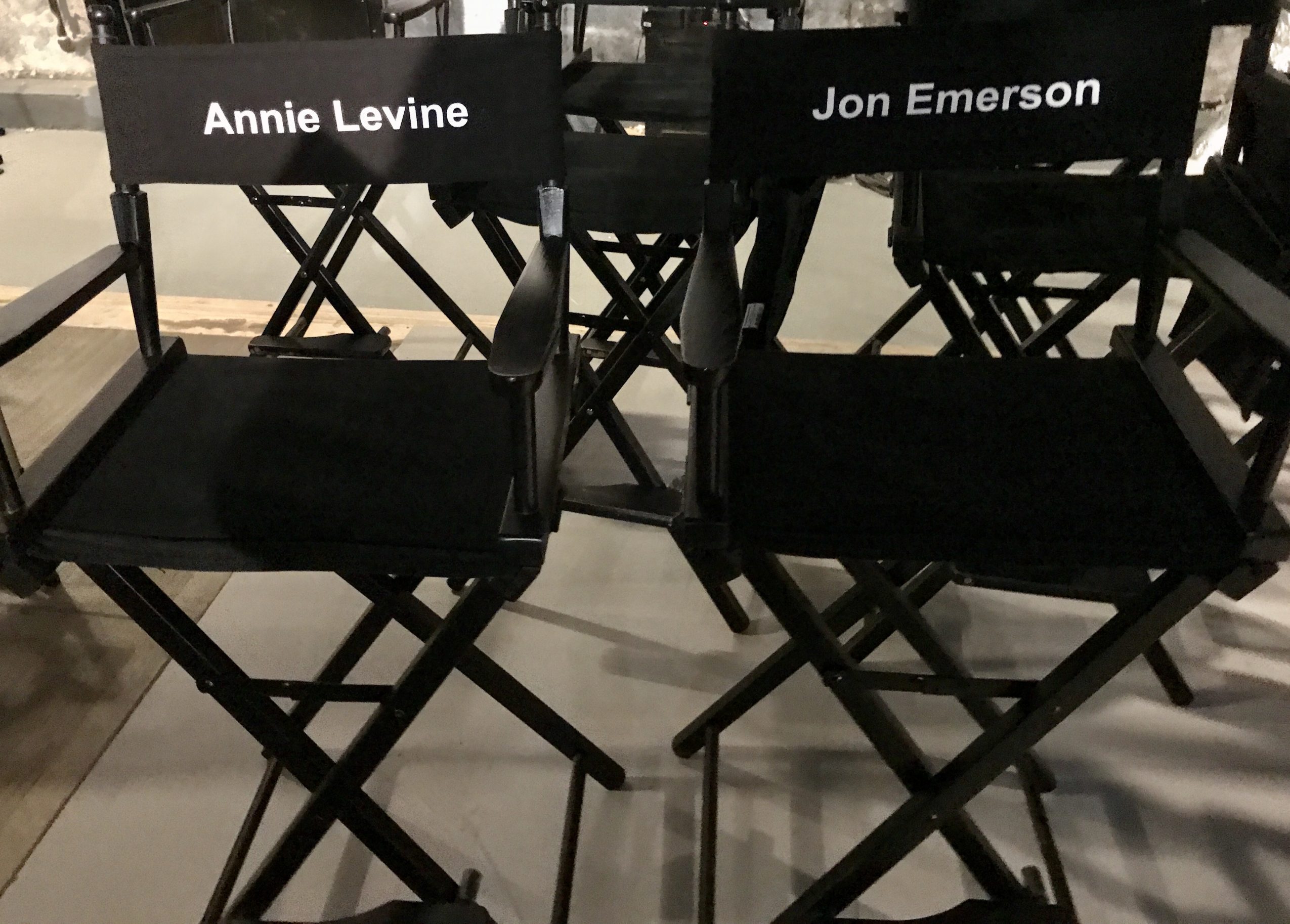 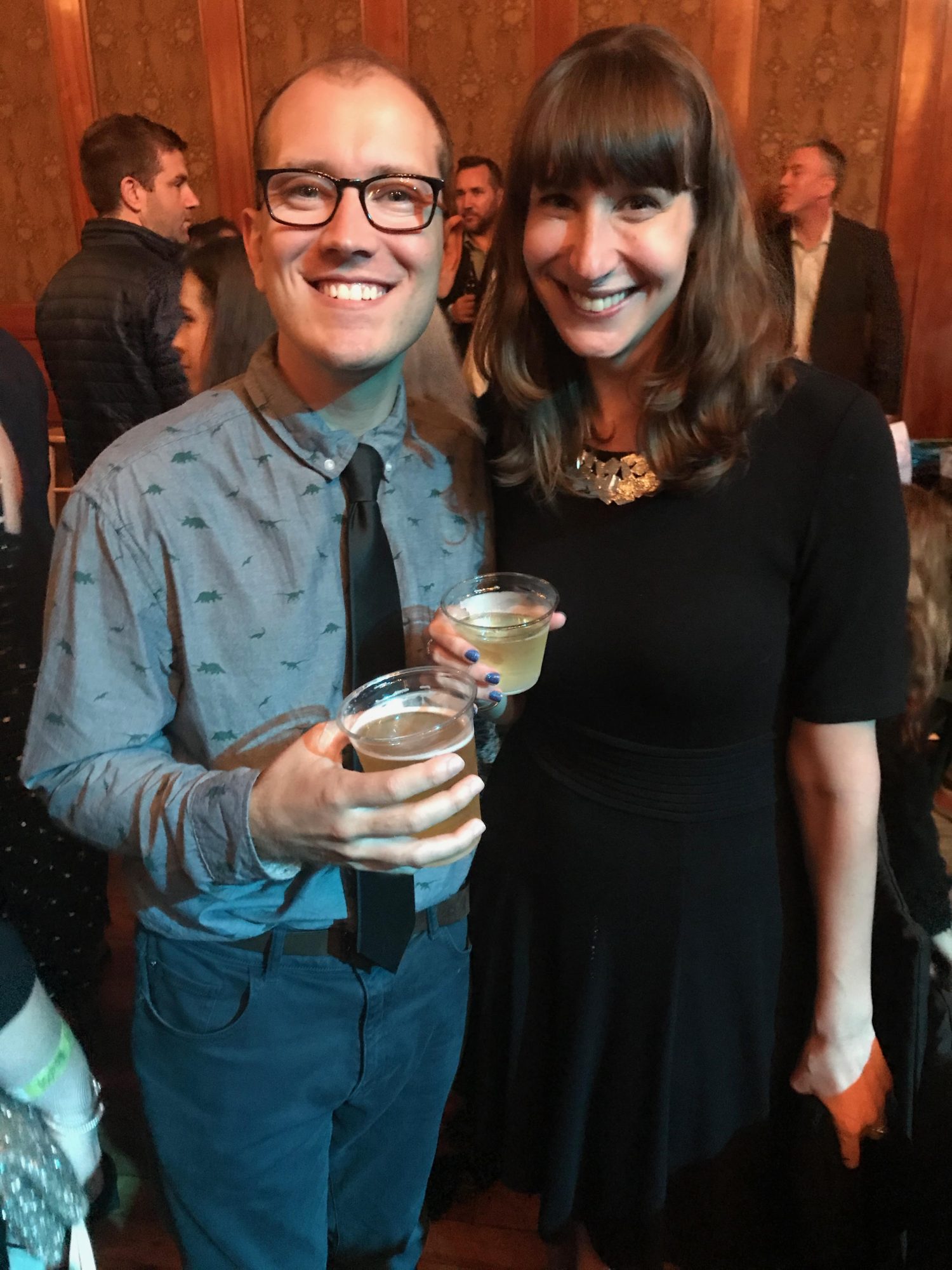 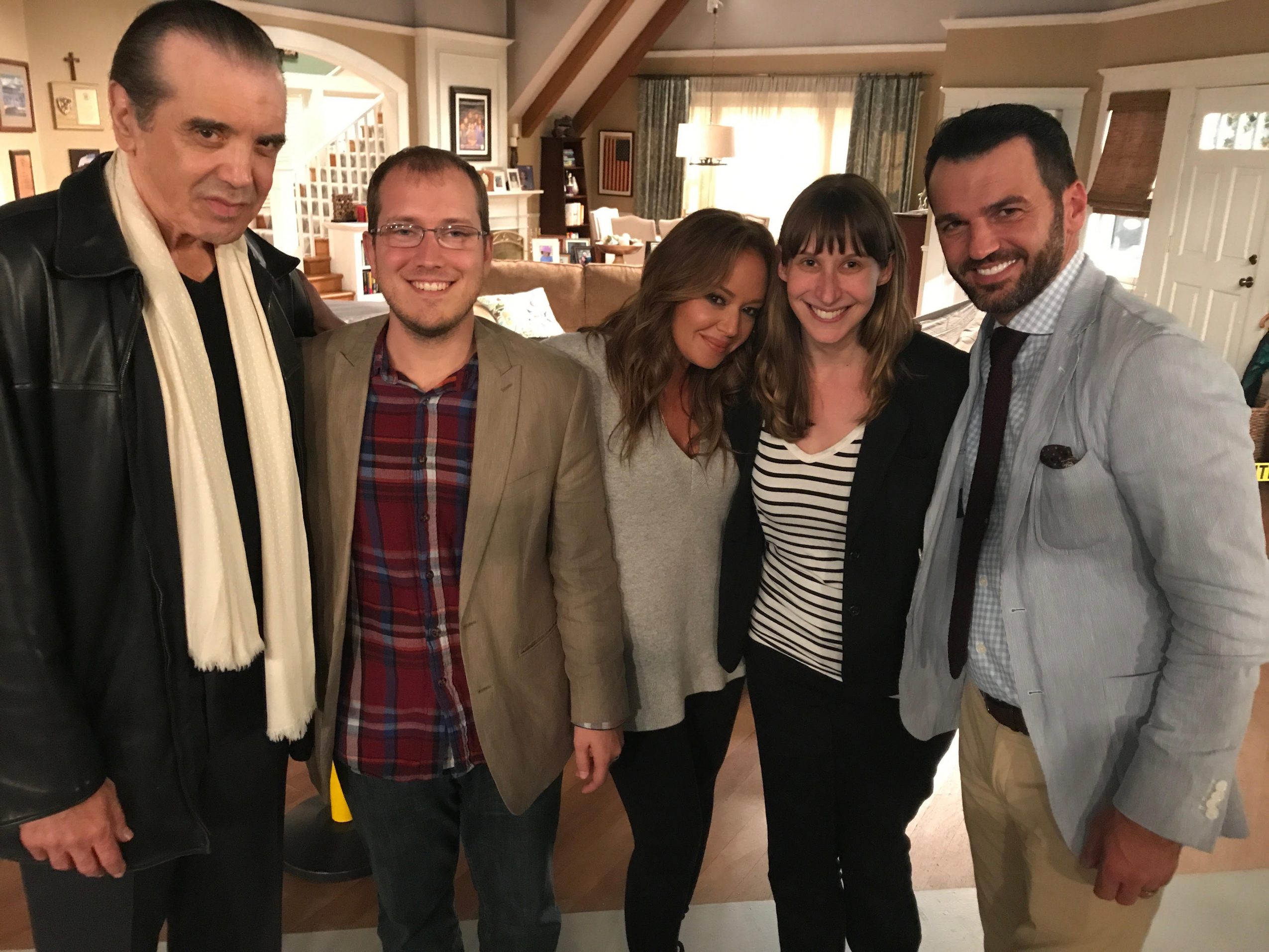 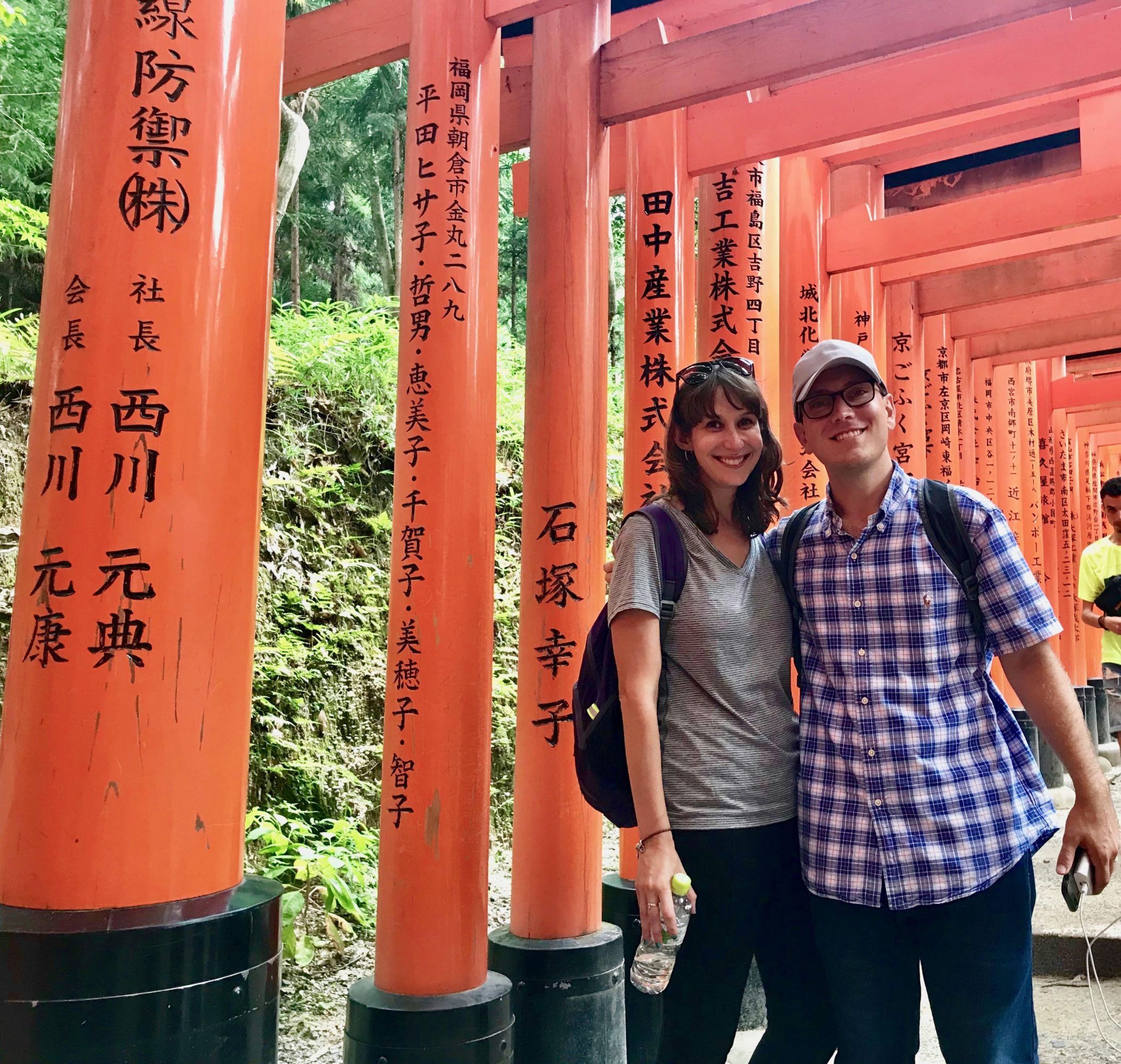