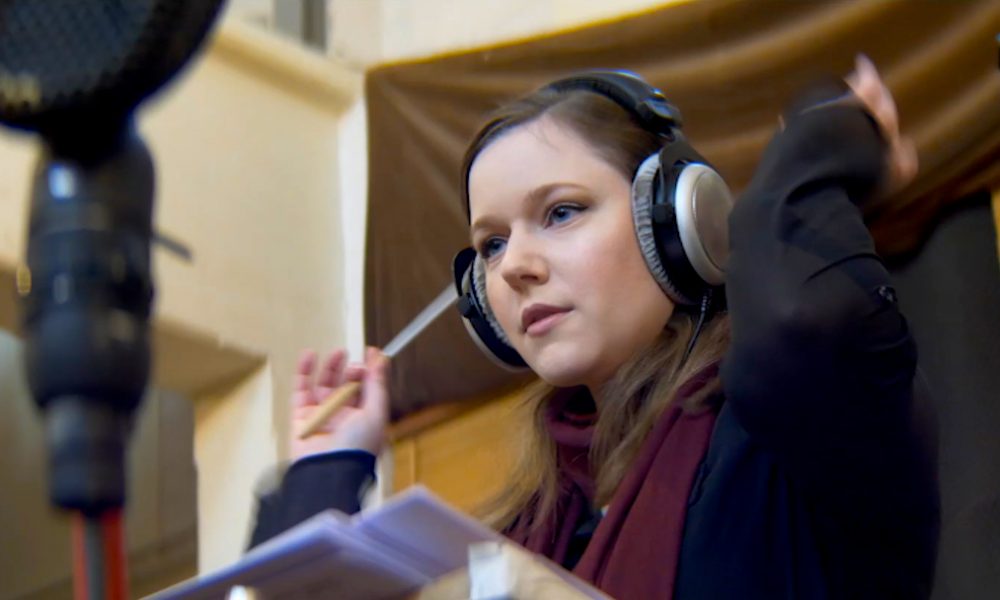 Today we’d like to introduce you to Anne-Kathrin Dern.

So, before we jump into specific questions about the business, why don’t you give us some details about you and your story.
I grew up in various little German towns and had always been involved in music. From an early age on, I played various flutes, piano, guitar, and got vocal coaching.

When I was a bit older, I also started making music with other people in bands, choirs, or as a conductor while studying music theory. However, making music for a living didn’t seem like a viable option back then. I had always been a huge fan of movies, particularly those that combined music and storytelling in a unique way, like Disney’s animations throughout the ’90s scored by Alan Menken.

In fact, The Little Mermaid was the first movie I ever saw in theaters at age two. So the love for the medium had already been in place but it wasn’t until I was 12 and saw the first Harry Potter movie (scored by John Williams) and the first Lord of the Rings movie (scored by Howard Shore) just a month later that I started asking myself whether this was an actual profession.

So I went to the local CD store (these were the Dark Ages before the internet was a thing) and started looking for soundtracks. I quickly realized that there was a whole new world of music to be discovered and that this was what I wanted to do. Needless to say, I had no idea how to get there, and information was very limited at the time.

Once I had graduated high school, I figured studying composition and conducting at a conservatory would be the logical thing to do, but none of them would have me. Then I found the only private school in Germany – the musicube academy – that actually taught film scoring and prepared students for a full Bachelor study at the ArtEZ Conservatory in the Netherlands. I decided to go down that path, learned Dutch, and went to live in the Netherlands for four years.

In order to be able to come to Los Angeles after finishing my degree, I had worked several jobs next to my Bachelor studies. I got into USC as one of the 20 initial candidates that are chosen every year, but unfortunately, I couldn’t afford to go, despite the savings I had created. However, UCLA offered a more flexible and less expensive option, so just six months after obtaining my degree, I came to LA to deepen my studies.

As part of my educational journey, I also got to intern at Hans Zimmer’s Remote Control Productions, and I was chosen to be a part of the annual ASCAP film scoring workshop with Richard Bellis as one of 12 participants chosen worldwide out of several hundred applicants. Once I had a work permit, I went on to follow the plan I had laid out: Assist other composers at their studios to learn from the masters while simultaneously forging my own relationships with filmmakers.

I worked for composers such as Christopher Lennertz, Alan Menken, Steve Jablonsky, Pinar Toprak, William Ross, and companies like Cinesamples and Hollywood Scoring. As part of their teams, I was able to make plenty of connections while also learning the ropes on big-budget productions before going out there on my own.

A few years ago, composer Klaus Badelt (Pirates of the Caribbean, The Time Machine) started mentoring me as well which turned out to be the best thing to happen to my career so far. He invited me to be on his additional music writing team for the animated movie “Leap!” By that point, I had already set up my own company and studio so going forward he would hire me and my team to help him on his projects while at the same time teaching me a ton of useful writing and business tools.

It was him and producer Robyn Klein who started to introduce me to a variety of filmmakers and who started giving me a leg up by making me the lead composer of several productions. The collaborations, as well as my own productions, got me quite a bit of attention last year at various film music award shows and among film music critics which in turn got me a publicist (Andrew Cohen from Impact24) and a 3-year soundtrack deal (with the wonderful Mikael Carlsson from MovieScore Media).

This was all rounded up by the immensely talented and generous Lolita Ritmanis (founder and former president of the Alliance for Women Film Composers) who introduced me to her manager/agent Michal Marks. Her company A-Muse Management ended up adding me to their roster just weeks later.

At the end of the day, a lot of composers and film music organizations opened quite a few doors for me for which I will be forever grateful. I’m fortunate enough to make a living writing music for movies, TV, and video games – something that seemed impossibly out of reach when I was a girl.

Great, so let’s dig a little deeper into the story – has it been an easy path overall and if not, what were the challenges you’ve had to overcome?
I doubt this is a smooth road for anyone. Creating commercial art in a highly competitive environment is incredibly hard. They are not kidding when they say it is a marathon, not a sprint.

Add to that student debt, low wages versus the immense cost of living in Los Angeles, and the struggle is pre-programmed. For quite a few years, I was living in low-income housing just minutes away from Skid Row because I couldn’t afford anything else.

I was getting my groceries from the 99 cent store, drove a 20-year-old car, and was without health care. Let’s just say, life was uncomfortable for a while when I started out. I have also had immigration problems along the way during which my future had to be put on hold for almost a whole year.

It was one of the most stressful experiences of my life not to know whether I could stay in my newfound home and continue my career or if I was going to have to leave. There have also been instances of sexual harassment and blatant sexism in my career which – as a now 6% minority – is only adding an extra hurdle to the uphill battle.

Needless to say, I’m glad I managed to navigate around all hurdles so far and with the changing political climate in Hollywood, things start to get a bit easier.

We’re very proud to be scoring various international productions, specifically animated movies and family movies, that are frequently recorded at AIR, Abbey Road, and Galaxy Studios with some of the best musicians in the world.

What sets us apart from others is that I’ve introduced and combined the efficient workflow of the various studios I’ve worked at while being a cost-efficient all-in package.

We can cover anything between temp music editing to final score delivery and every team member – despite our relatively young age – comes with a variety of experience in their field.

For a few years now, I have been advocating for more equality in the film music branch as part of the Future Is Female concert series and as a newly elected board member of the Alliance for Women Film Composers.

In September I will also be part of a concert called “Women Warriors” at Lincoln Center showcasing the work of female composers and female fighters against social injustice throughout history. Since I have been in a hiring position for a while, I wanted to make it a point for my business to be part of the solution.

The mission is to not only create high-quality music but to also promote a 50/50 gender parity in the music department (hence the company name). I am personally making sure that job opportunities are posted for everyone to see and that applications from women and people of color are heard and seriously considered for the job if they meet the qualifications.

Too often I still find myself in a position where the only viable options are coming from the majority representation of the field so, in order to increase the variety of qualified options, I also want to offer a mentorship program in the future that focuses on women and people of color in particular.

What moment in your career do you look back most fondly on?
I believe the proudest moment so far was a few weeks back when I traveled to Brussels to record my score for Sprite Sisters. I had a wonderful experience conducting musicians from the Brussels Philharmonic for three days. It’s the most rewarding feeling to have written a 70-minute score for several months and to be able to stand on the podium hearing some of the greatest studio musicians in the world bring it to life.

It is equally thrilling to record in Los Angeles at the historic stage at 20th Century Fox and SONY, as well as traveling to London to record at the iconic AIR or Abbey Road Studios. I feel very fortunate to have budgets that allow me to record orchestras around the world, in no small part thanks to the recommendations and collaborations with Klaus Badelt.

Another proud moment was definitely to be invited by AVID along with my orchestrator Andres Montero to speak at NAMM this year. 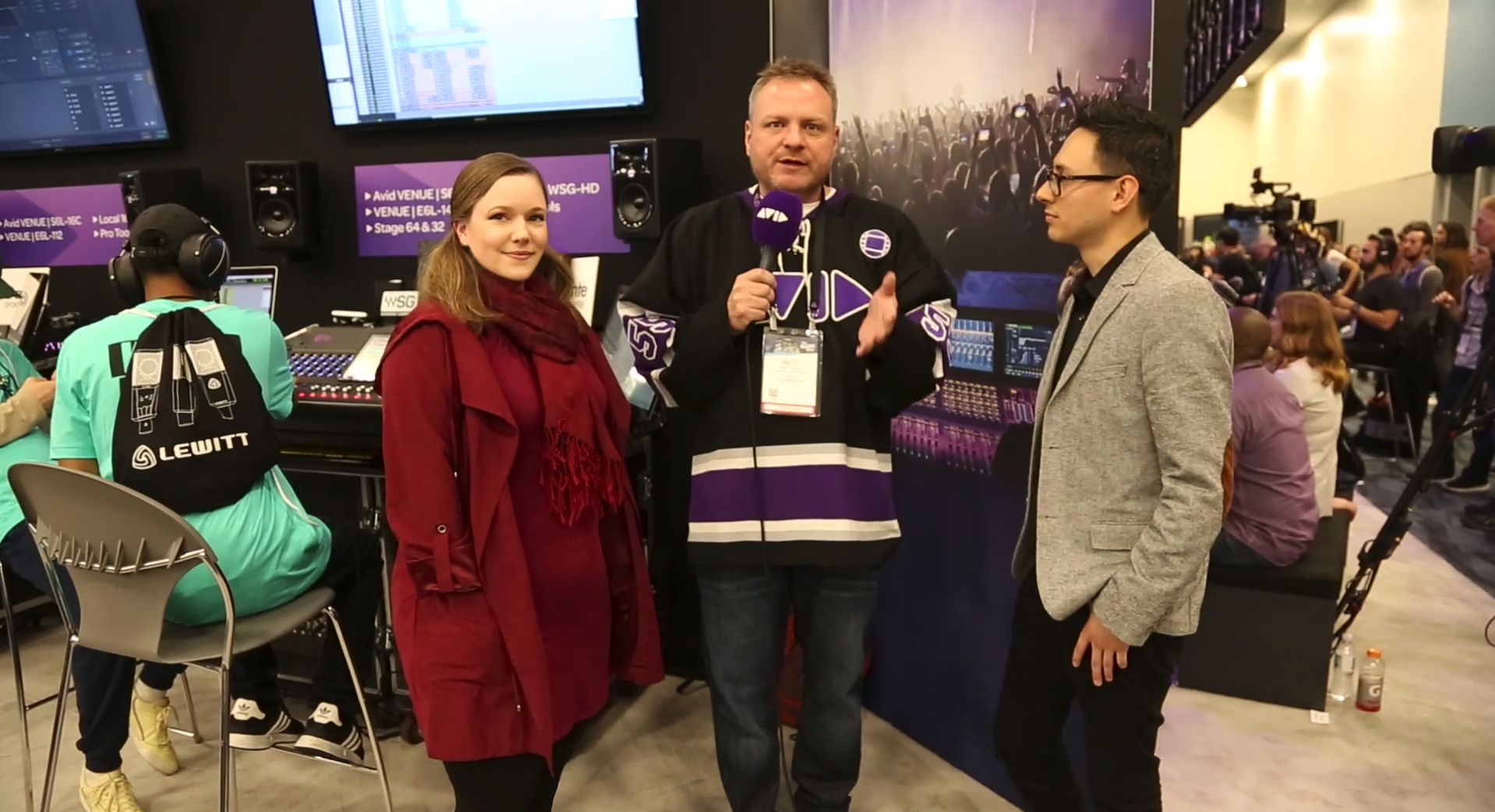 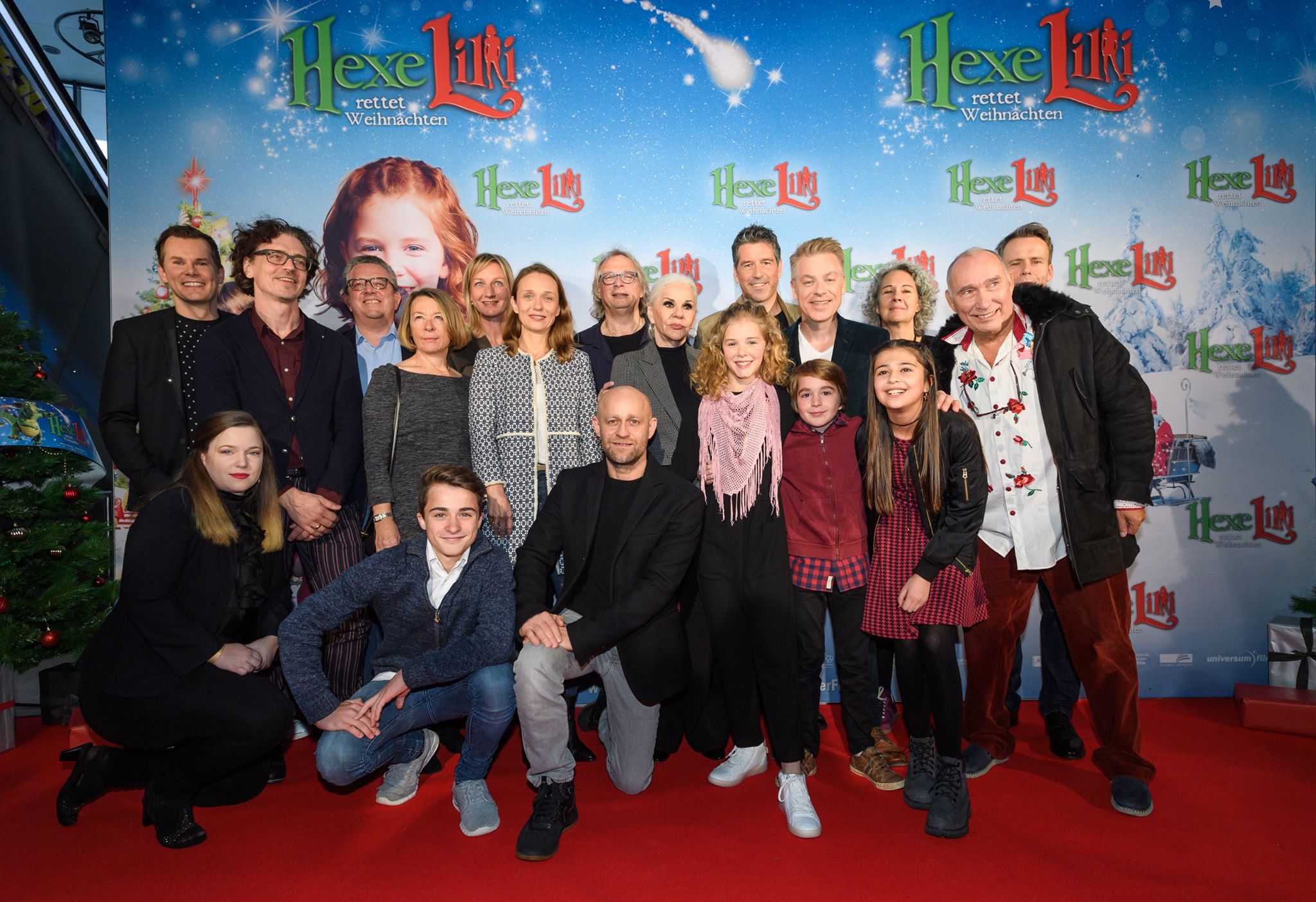 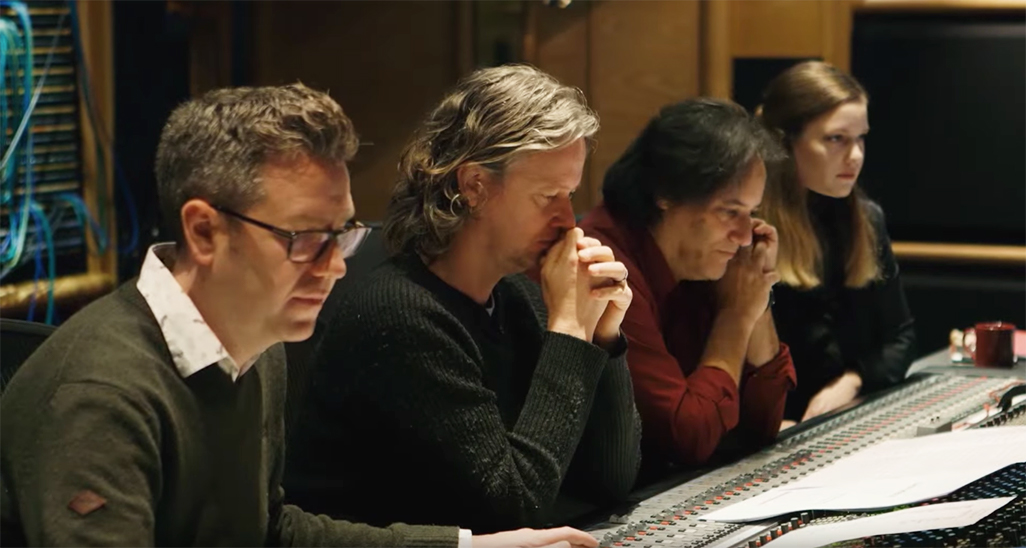 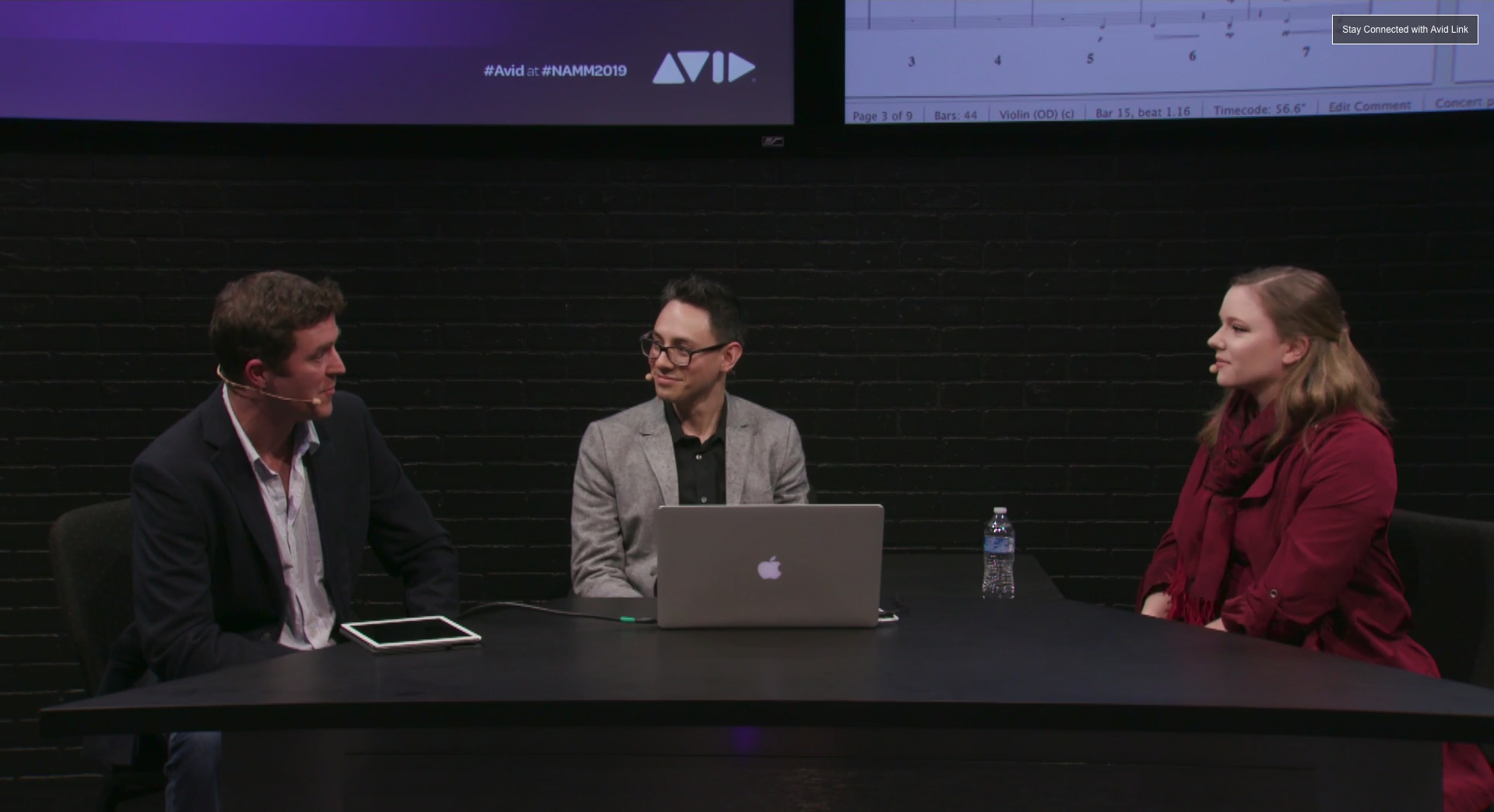 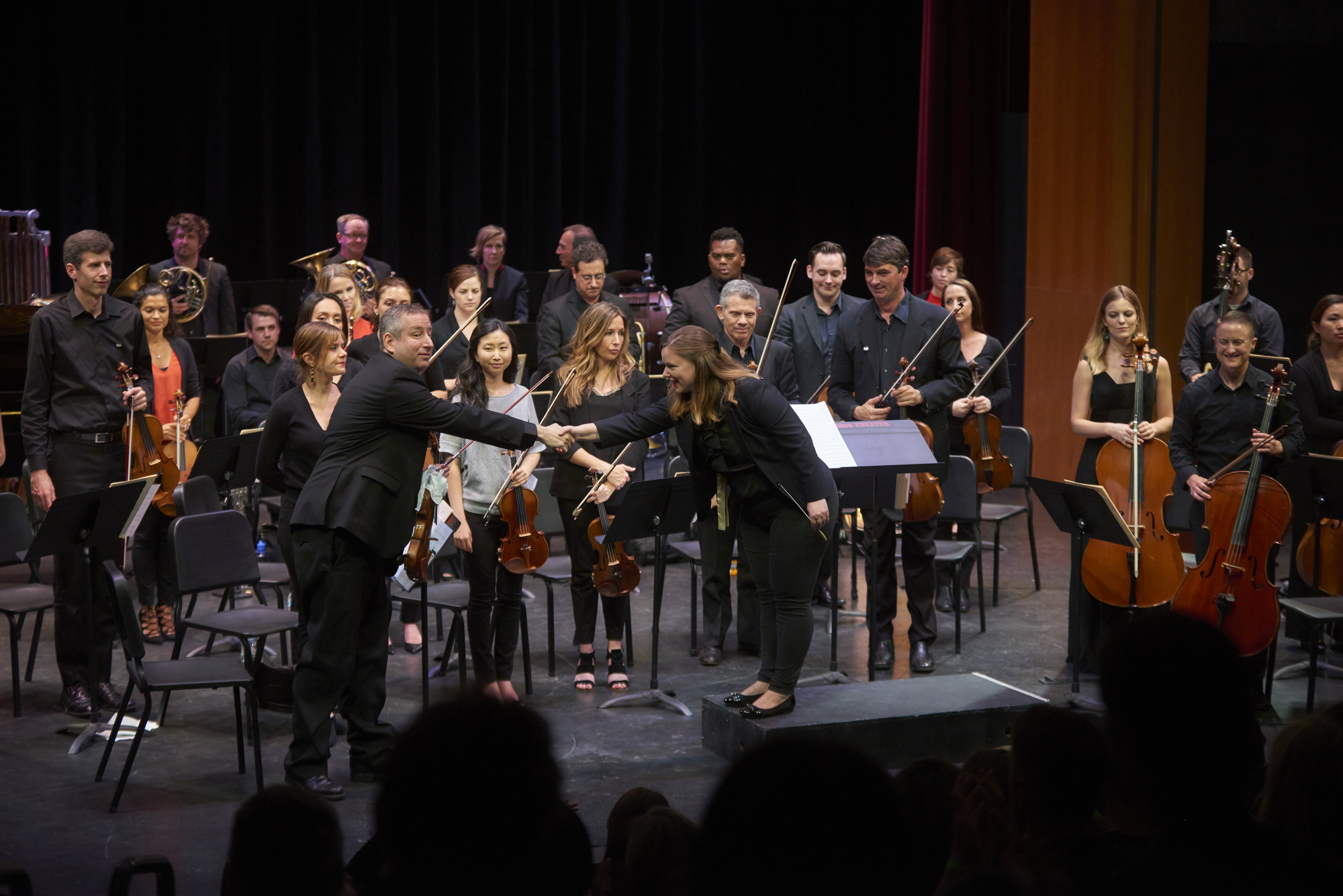 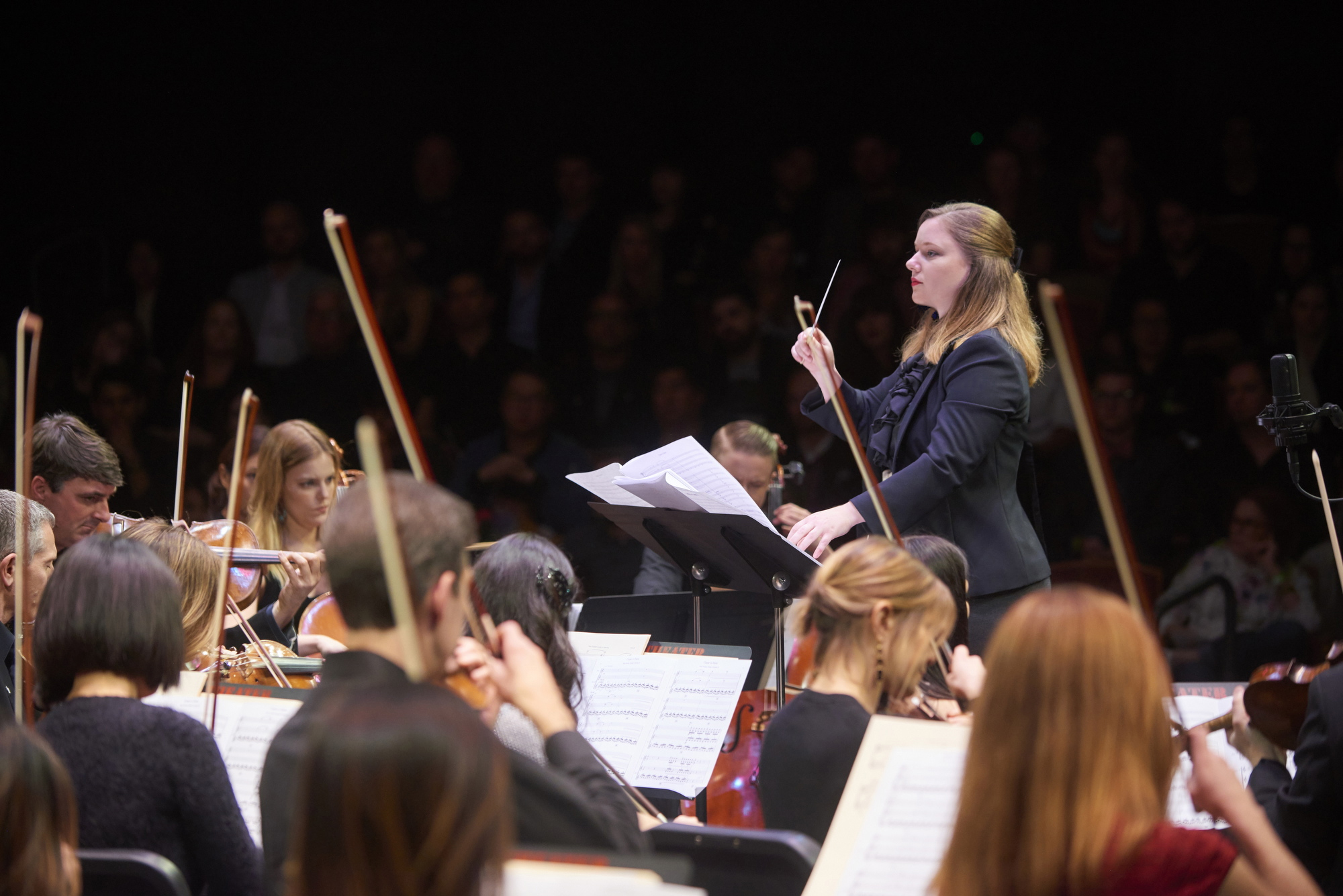 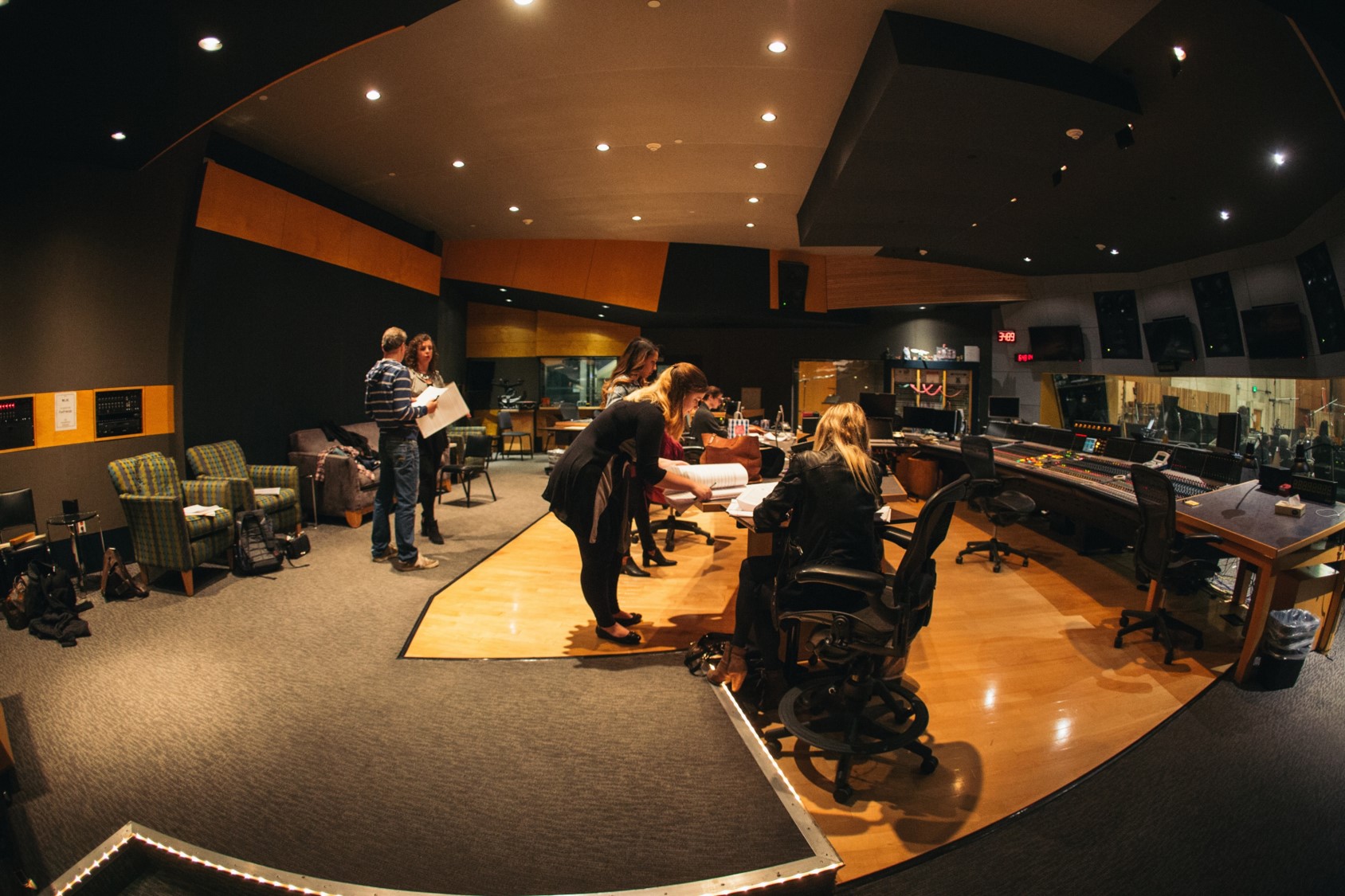