Meet Anne Brashier of Stories and Makebelieve in Los Feliz 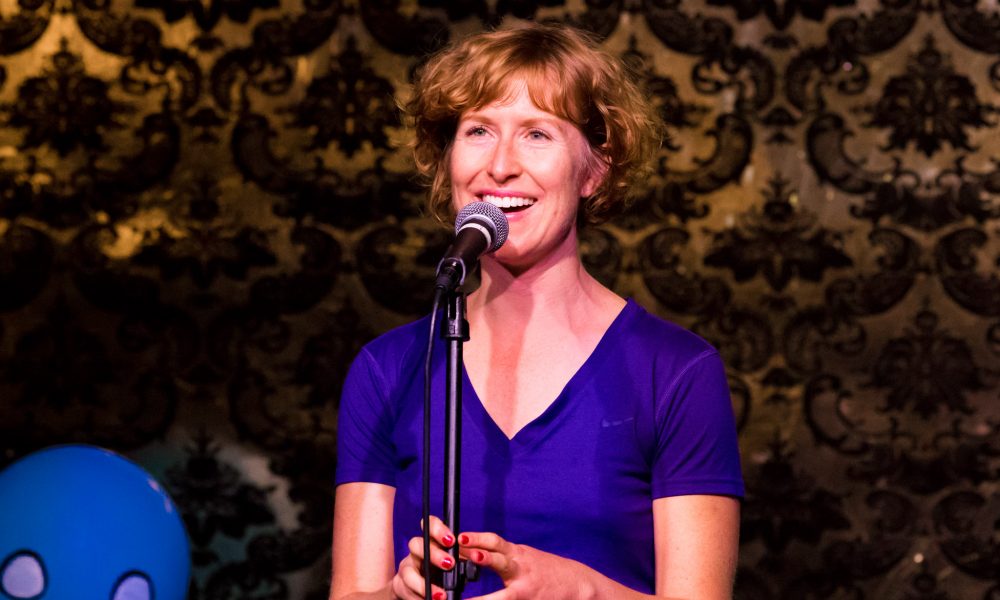 Today we’d like to introduce you to Anne Brashier.

Anne, please share your story with us. How did you get to where you are today?
I was performing my version of The Little Mermaid for my parents in the Texas summer heat. Tap dancing in the grocery store. I was begging my grandma to give me her old typewriter. Making stories has been my passion for as long as I can remember. As a kid, I didn’t know what a director was, so I told everyone I dreamed of being an actor. When I discovered improv in High School, I realized that I was in love with so much more than performing. I loved collaborating with others to craft the entire story: the character arcs, the soundtrack, the editing, everything. I learned that the story-making part that I loved was called directing. But I didn’t know any women who were directors. I knew where I wanted to be, but I had no road map for how to get there. I went to UC Irvine for acting, then tried to learn about every part of the creative process.

I performed, I choreographed, I stage managed, I wrote, I directed, I was a production assistant. I worked on music videos, TV shows, sketch and variety shows, operas, indie films, and an immersive dance festival. I learned how to be a good teammate and how to tell a compelling story . . . as well as how to fix a generator in a New Zealand Windstorm. I didn’t know anything about VFX, so I got an entry-level job at a VFX company. I had a basic understanding of marketing, so I got an entry-level job at a commercial production company. But I always kept my end goal of directing film and television in sight. Finally, when I was producing comedy entertainment news, I sat behind the camera and thought, “It’s Time.” I am currently getting my MFA in Film Production at USC, interning for Feigco Entertainment, and developing several features and pilots, which all focus on telling stories of diverse voices.

Has it been a smooth road?
Wow. If we never struggle, we never get a chance to get stronger. I know that my creative voice is shaped by my mom’s sudden death when I was eight. I went from being an extroverted drama queen to a brooding, shy teenager until I started retaking dance classes. Finding my body allowed me to rediscover my sense of self. Sure, there have been countless rejections – as a performer, rejection feels like the norm – but the biggest hurdles for me have been personal. While I was studying improv comedy at Improv Olympic and The Groundlings, my Dad died suddenly when I was 22 (notice a theme?). I was devastated. I would perform with my sketch team and cry in my car on the way home. I had lost my sense of fun. Shortly after his death, I was hit by a car on my bicycle, and then brutally attacked on the street a few weeks after that (I promise, it gets better). I had to take a break from dancing and acting, but it gave me a chance to study filmmaking and to start writing in earnest. It also helped me drink way too much, and then it helped me find a therapist and a yoga practice. It was that dark period that gave me space to write my first full-length play, The Most Fun Funeral, a fake reality game show hosted by an eerily chipper Death. It was the success of that first play, including the challenges of producing it, that gave me the courage to start seeking writing and directing gigs formally.

Please tell us about your work.
I started Stories & Makebelieve when I produced my play The Most Fun Funeral at the New York Fringe Festival. I got business cards and everything, even though I had no interest in forming a production company at that time. I had worked with many production companies and knew firsthand what a challenge it was to do your work. But I kept finding stories that compelled me to develop them, so I kept writing and directing. Since I come from a theater background, my film work is full of movement and dynamic immediacy.

Most importantly, I am passionate about reimagining what it means to be a hero. I make stories about Secret Agents who are also Moms, stories about female veterans, stories about the first labor union, stories about miscarriage. I believe strongly that the more diverse I make my heroes, the more I expand my audience’s sense of who they cheer for. My proudest project was an interactive adaptation of Shakespeare’s Measure For Measure. With four women of all ages, shapes, sizes, and ethnicities, we reimagined the story as a card game where the audience played “Poor, Pregnant Women,” and the other characters did their best to strip them of the cards they help in their hands. When we performed this experiment about power, gender, religion at IndieCade, the group of video game dudes got to experience a bit of the disenfranchisement that lower-income women face all the time. I love merging two seemingly different topics, like death and game shows or motherhood and poker, to keep my audience guessing.

How do you think the industry will change over the next decade?
Having worked in immersive theater and interactive media, I believe that AR experiences and shared VR experiences will allow us increasing changes to share the act of story creation. I think audiences value seeing their input taken into consideration in the direction of a story, and we will continue to find narrative and technological solutions to achieve that. I believe stories connect us, and I am excited to see how a continued focus on story-viewing as a user experience will bring us together.

I am also excited, if wary, of the progress in making more inclusive work across all mediums. I am happy that there is more discourse about racism, homophobia, and misogyny that permeates power structures in the entertainment industry, but we still have a long way to go. The token representation cannot be enough. We must nurture and support the expansion of who gets to hold space in the entertainment industry at all levels. 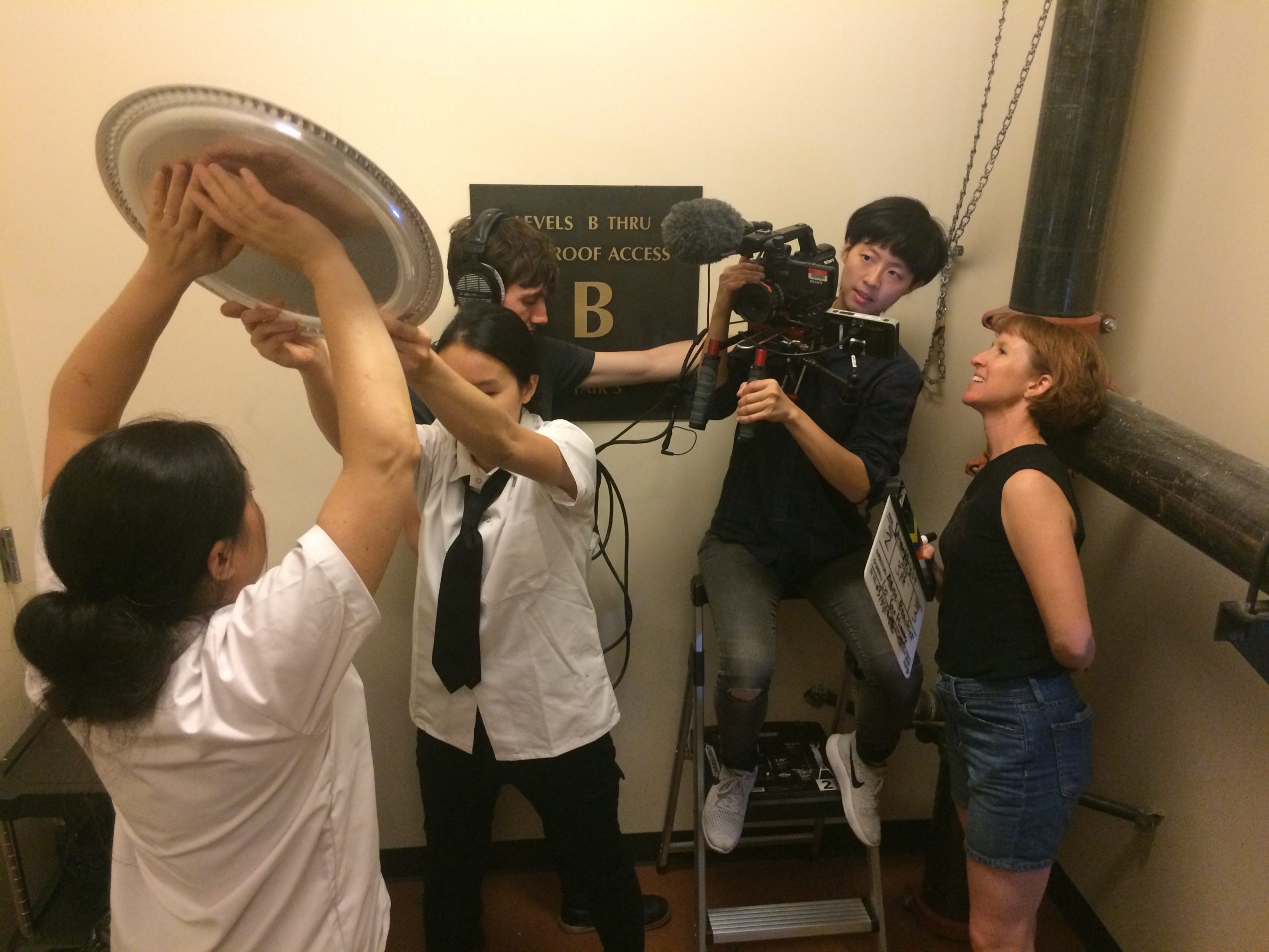