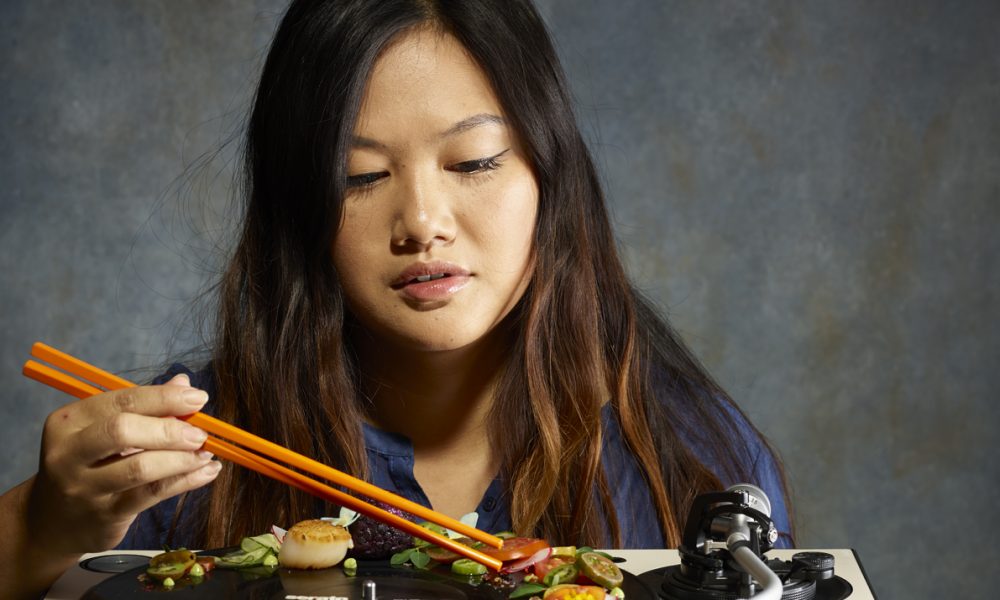 Today we’d like to introduce you to Anna Lee.

Anna, please share your story with us. How did you get to where you are today?
I went to a prestigious film school in Taipei, Taiwan. Where I was born and raised. Film education there mainly focuses on directing, producing, scriptwriting and some technical training such as cinematography and lighting. While I could definitely find work within that area, still, none of it felt where I see myself pursuing as a long term career. So after I graduated and worked in the film industry in Taipei for a couple of years I finally dug a little deeper as to where my true passion lies and how I can combine that with the entertainment industry. That’s when I noticed 99% of the collection on my bookshelf was all food-related books- From food history to recipes to food arts. It wasn’t long before I realize “food styling” would be the ultimate dream job for me.

When the Academy awarded director Ang Lee was making the film ” Life Of Pi” He brought the project back to his hometown – Taiwan. The mega Hollywood production was recruiting bi-lingual film workers all over the country. I was fortunate enough to be one of the local crew members assisting art department with everything they needed, including the food props for the film. Once I got a taste of what was it like to food style a film set. There was no going back for me. The second the film wrapped, I also packed up my luggage and hopped on the next plane to L.A.

I’ve always loved having the ability to cook a decent meal. But I’ve never been classically trained. So in order to be “the real deal” I signed up for a two year culinary program in a community college near downtown L.A. to make sure I have that taken care of. I also worked in a bougie restaurant in Santa Monica after school, to keep up with all the latest dining trends. I continued to buy tons and tons of cookbooks, binged cooking shows and YouTube channels, and experimented in the kitchen on my roommates and all my friends. I also worked as a personal chef so I could take on any special dietary requests or basically just requests of any kind. All of that food obsession just to make sure I am equipped with whatever food scenes come my way and I’d be ready for it.

Eventually, hard work paid off. I started to get calls from my websites and referrals from clients. Now after eight years in the U.S. I am very happy where I am, I’ve gained a lot of clients and worked on a lot of shows and campaigns since then.

Great, so let’s dig a little deeper into the story – has it been an easy path overall and if not, what were the challenges you’ve had to overcome?
It definitely hasn’t been a smooth road, I felt like I had to overcome a lot of challenges not only to have the right skills but also from language to cultural differences, even my own personality I had to make a lot of adjustments to fit better in the entertainment industry. But thanks to all of my part-time jobs (working in a restaurant and being a private chef) They helped a great deal. Those side jobs sharpen my culinary skills, and give me the confidence to deal with clients, but most importantly, provide me a way to pay my bills, and allow me to continue to pursue my dream job being a food stylist. Being a freelancer is never easy, you’ll get a really good month but follow by another slow one. To be able to keep chasing dreams, not be a starving artist is realistic but also crucial as a freelancer.

Anna Lee Food Styling – what should we know? What do you do best? What sets you apart from the competition?
A “food stylist” especially in commercial and prints photo shoots is someone that dresses up food products and make it look so enticing to prompt the consumers to reach for their wallet. Often times they have a lot of tricks up their sleeves to make the food look more appetizing than in real life. They play a very important role as part of the sales team for food companies and food-centric magazines. And then there are TV and Film food stylist, which need to have all the food knowledge as well as the film set etiquette. They need to know how to make and/or where to source food from practically around the world, all the different eras and all the different styles. But they also have to be able to work with dietary restrictions among actors as well as continuity for the scene to go smoothly over and over for however many takes the director’s desire.

While my business definitely takes on all food styling related needs. From commercial, magazines to film sets. But I must say I am leaning a little towards the Film and TV food styling. Just because that was my roots and my background. I have more clients in the film industry than in commercial industry and my travel experiences and my extensive food research hobby played a huge edge on styling food in all sorts of scenarios. I can take on food scenes from an Indian wedding, Colombian kids’ birthday party to a futuristic sci-fi fantasy dining table on a spaceship. But like I mentioned, I do it all and I enjoy any food-related projects!

What moment in your career do you look back most fondly on?
Fortunately, there had been quite a few! To pick one that touched me the most- I was working on a feature film called “Mr. Church” it was a heartwarming story starring Eddie Murphy, Brit Robertson and Natascha McElhone. Eddie Murphy portrayed a private chef taking care of 3 generations of women with food he made with love.

Being a private chef myself, I felt really connected to the story. Even though food props for movies doesn’t necessarily need to be amazing tasty given the time and space limitation, Actors are usually very understanding that the food cannot all be Michelin star standard, also a lot of the time, the actors would just be “fake eating” and spit out as soon as the director yelled “cut!” But regardless I made it a point that it had to all taste fantastic just like the role Eddie Murphy played, I researched for the best recipes for every dish scripted, made sure I didn’t cut any corners to save time in order to make large quantities for the shoot, seasoned everything properly and kept everything fresh and warm.

As we were getting through one of the scenes, I remembered it was a cold day in east L.A. Eddie’s role made a comforting lentil soup with swiss chard and warm spice. The actress that was eating in the scene came over and asked if she could have some more just for herself. When we wrapped that night, everyone on set came over and asked if they could taste the soup. Also they told me it’s huge achievement to get an actress that’s been eating take after take asking for more off the camera. Especially given that in Hollywood, doing in front of the camera work, people rarely, ever, eat more than they need to. That was a cool moment for me, I felt like I crossed over from the role that Eddie Murphy played, intertwined with my real life private chef experience. 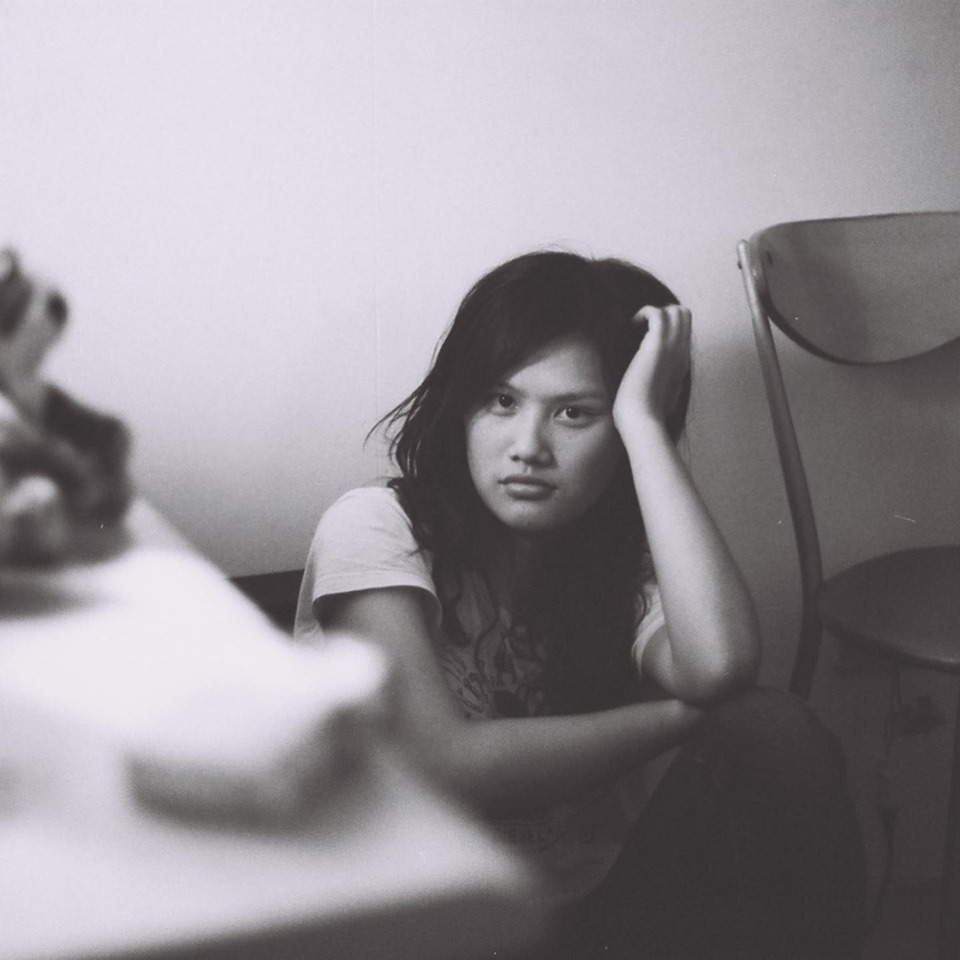