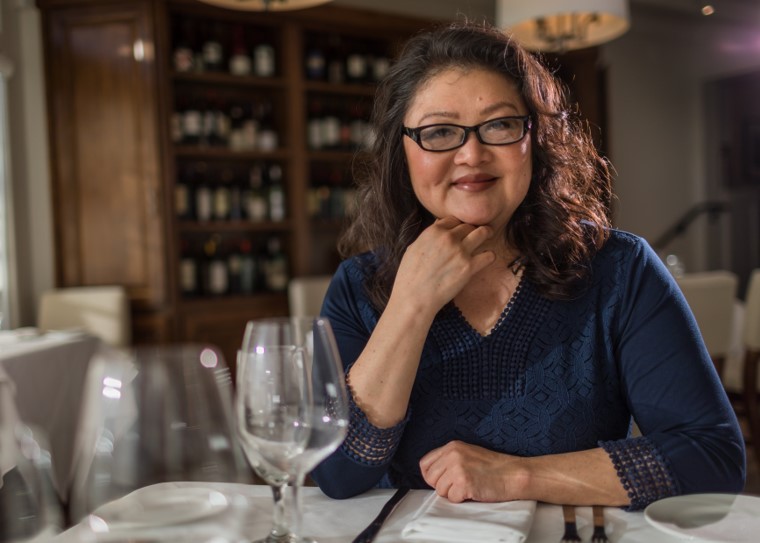 Today we’d like to introduce you to Anita Lau.

Thanks for sharing your story with us Anita. So, let’s start at the beginning, and we can move on from there.
I feel like my life has been a constant game of start and go. I’ve had an obsession with food for as long as I can remember, and had my own catering business while at university, in Australia. After graduation, I moved to Hong Kong, and one of my first jobs there was working at a lifestyles magazine. Being the newbie, the food column defaulted to me because no one wanted to write it.

That started my food writing career. I ended up writing other food columns, as well as contributing — for eight years — to Hong Kong Tatler’s 100 Best Restaurants, an annual publication that features the city’s best of the best. While in HK, I developed diabetes… a terrible curse for a food writer, really. I felt lost, not sure what to do with my life.

About a year after my diagnosis, I moved to the Bay Area. Food writing was put on hold for several years as I got pregnant and became a mom. After my son was born, I got some freelance work writing restaurant reviews for local papers, and then was commissioned to write a cookbook from a publisher in the UK. My book Asian Greens was published in 2001.

After a few years in the Bay Area, we moved to Hawaii for a short stint, and then to Orange County. I was taking care of my grandparents then. They both passed about four years after we moved to OC, and then I threw myself into my food writing again, and never looked back.

Overall, has it been relatively smooth? If not, what were some of the struggles along the way?
It was never an easy road. I grew up in a family where food was used as a tool for pretty much everything… communication, a reward, and often, as punishment. I was unaware that I had an extremely unhealthy relationship with food from an early age. I’ve had an eating disorder most of my life and didn’t know it. Food consumed my life. Looking back, it’s taken me a long time, and lots of therapy, to understand that food has been a frenemy my entire life. It has brought both pleasure and pain, as well as success and failure. Through the years, I have learned to control food instead of letting food control me.

After moving to the US, it was a real struggle finding a job as a food writer. When Yelp came along in 2004, it allowed me to not only continue writing about food/restaurants, but it also gave me a little publicity as I was one of the first Yelpers. I started my blog, “Diary of a Mad Hungry Woman” in 2008, and the OC Register featured me in an article about Yelp, and then, hired me as one of their food blog contributors. There were many struggles, but with the popularity of social media, and online publishing, it allowed me to use tools that weren’t available to me before.

That’s why I say it has been a start and go life for me. There have been so many times where I’ve had to pick up, move somewhere, and start all over again.

Alright – so let’s talk business. Tell us about MHW Strategies – what should we know?
My company is MHW Strategies, but I’m best known for my moniker “mad hungry woman.” The company is essentially ME wearing many hats. My services range from food writing, restaurant and menu consulting, social media marketing, setting up events for companies, to making connections for people within the industry, and most recently, as an international casting producer for the Netflix show, The Final Table.

My food blog is my passion, where I chronicle food adventures both locally, and through my travels. I’m not a professional photographer, but I take all my own photos, and I do not photoshop. I believe in presenting my photos in their most raw format instead of making them look fake and altered. I’m most proud of the relationships I’ve developed, and nurtured in the 28 years I’ve been in the culinary field. It is also the driving force behind most of my work.

It’s taken me a long time to realize that what sets me apart is the ability to make lasting human connections with people everywhere I go. From my childhood in Malaysia to the year I spent in Omaha, Nebraska as an exchange student, my university days in Australia, and the almost decade of living in Hong Kong as a food writer — all of these have set the foundation in creating solid connections for what I am able to do today.

These connections have opened doors and allowed for so many experiences: a judge on Hell’s Kitchen, a judge at Baja’s culinary event Sabor de Baja (twice), and other TV appearances, and meeting some of my idols such as Joel Robuchon and Gordon Ramsay.

What sets me apart from others is that I have connections on three continents and when people talk about the six degrees of separation, I know that within the foodie world, it’s much less than that for me if I truly put my mind to it.

Any shoutouts? Who else deserves credit in this story – who has played a meaningful role?
Although I am only me in my business, I believe every person who crosses my path deserves an element of credit. I take something away from every single person I have had the pleasure (or displeasure) of meeting, and spending some time with. I would have to say, in my 20s, one of the most important mentors in my life was Rhonda Palmer, a former boss in Hong Kong. She taught me so much about life and people in general, a lot of her words still resonate with me.

In my 30s, being able to spend the last years of my grandma’s life with her was one of the greatest gifts I could have ever asked for. She was my biggest advocate throughout my life. Her unconditional love got me through some really tough times, and I wish she could have lived a couple of years longer to have seen me on Hell’s Kitchen. I think she would have gotten a huge kick out of it.

My 40s were pretty rough. I had to rely on my closest friends to get me through the bad times. I’m a firm believer that friends are the family you choose, and I don’t think I could have survived without them.

Now, in my 50s, my biggest advocate, cheerleader, and supporter is my son. He is wise beyond his years and pretty fearless in his thought process. I am so proud of the young man that he’s become, and I know he will continue to play a huge role in my life, and hopefully, in the lives of many others. 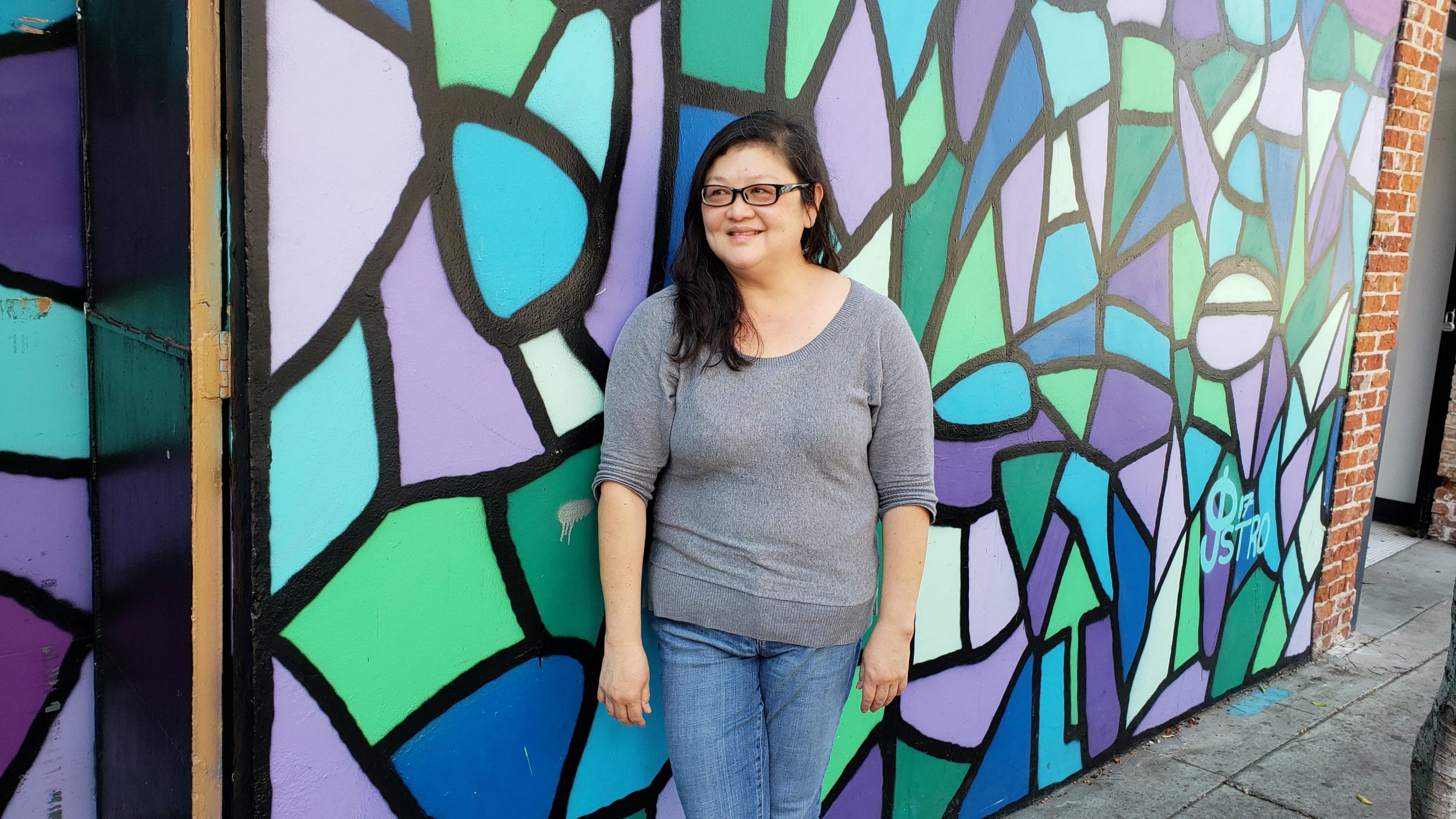 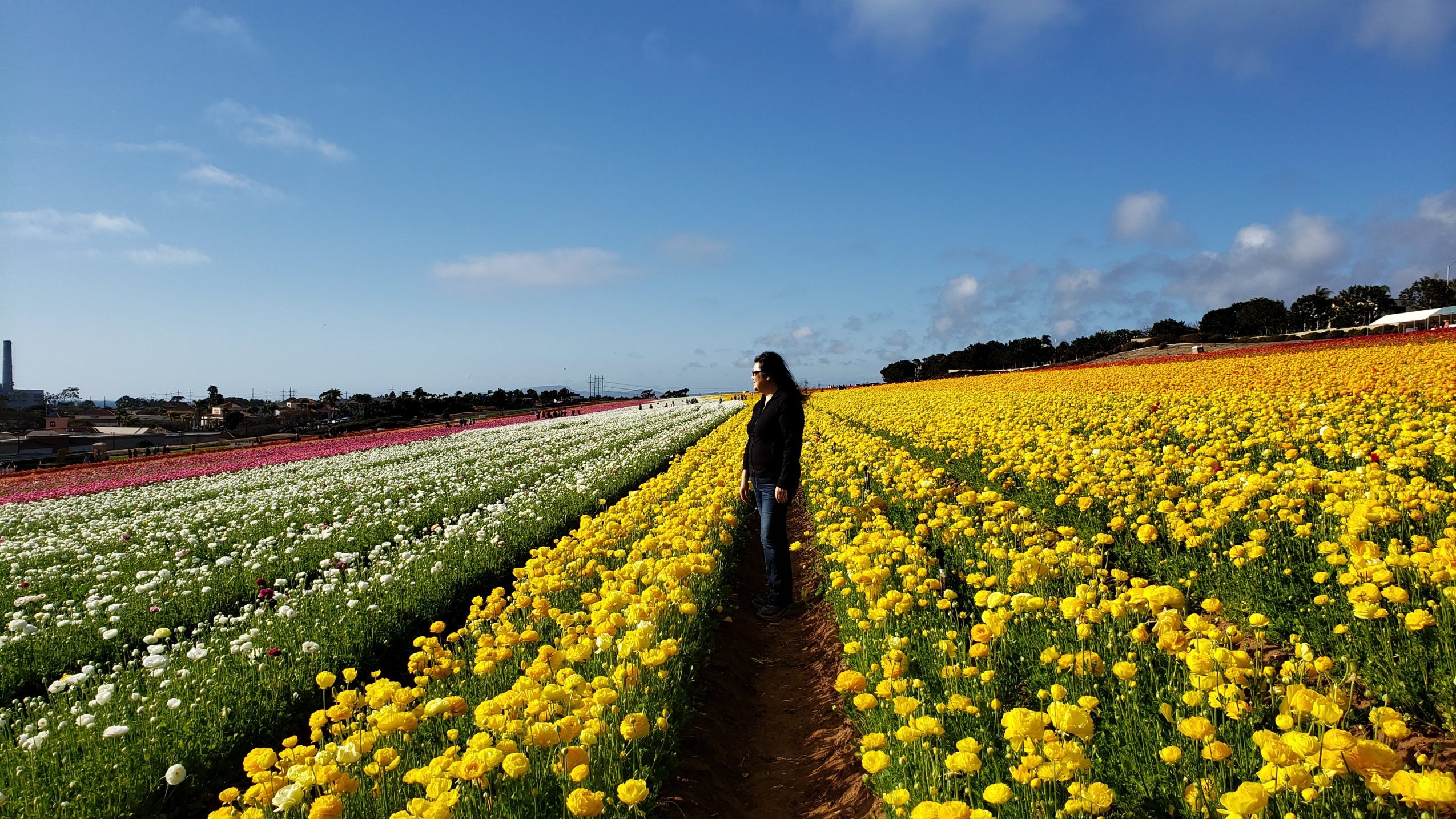 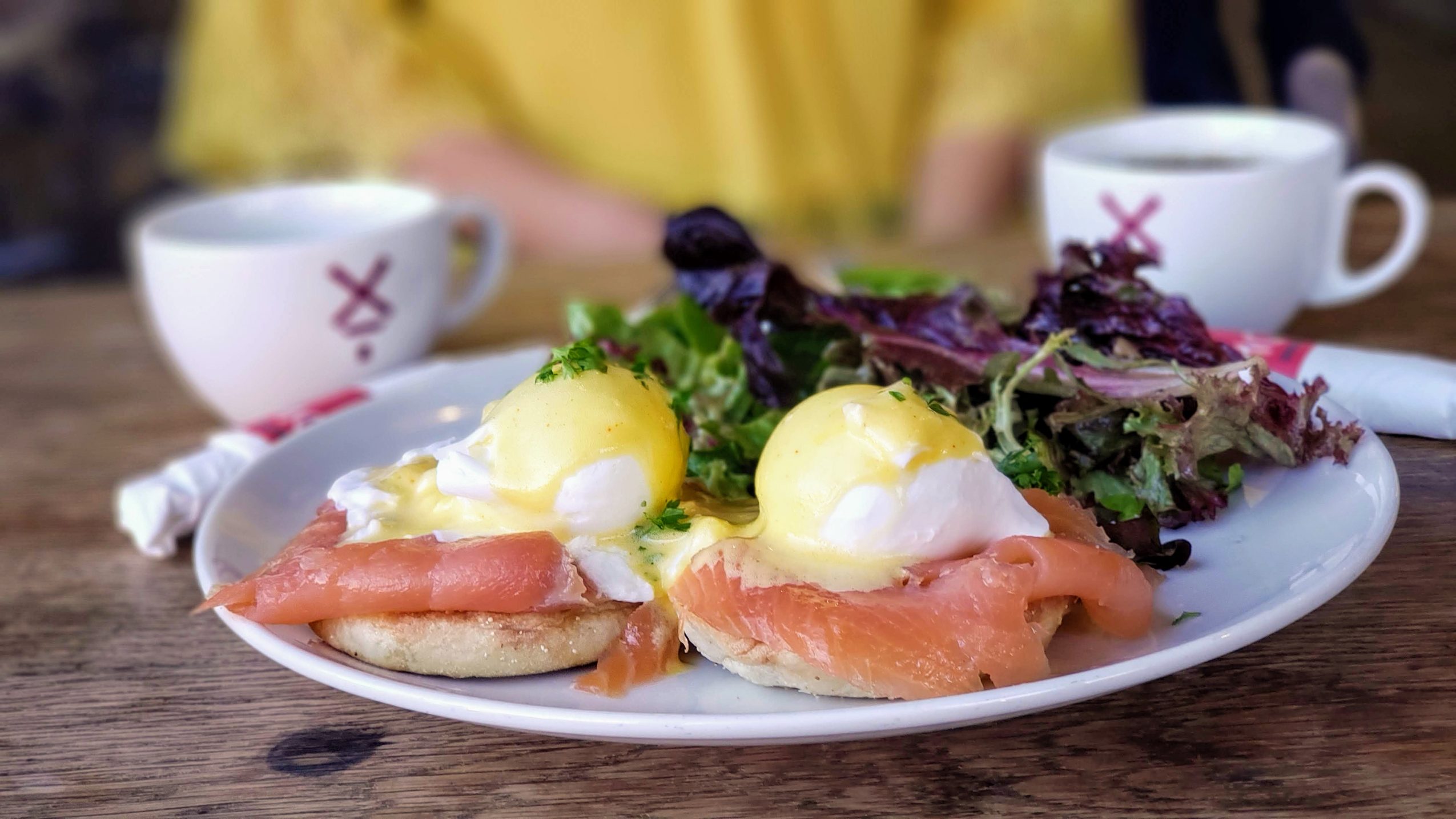 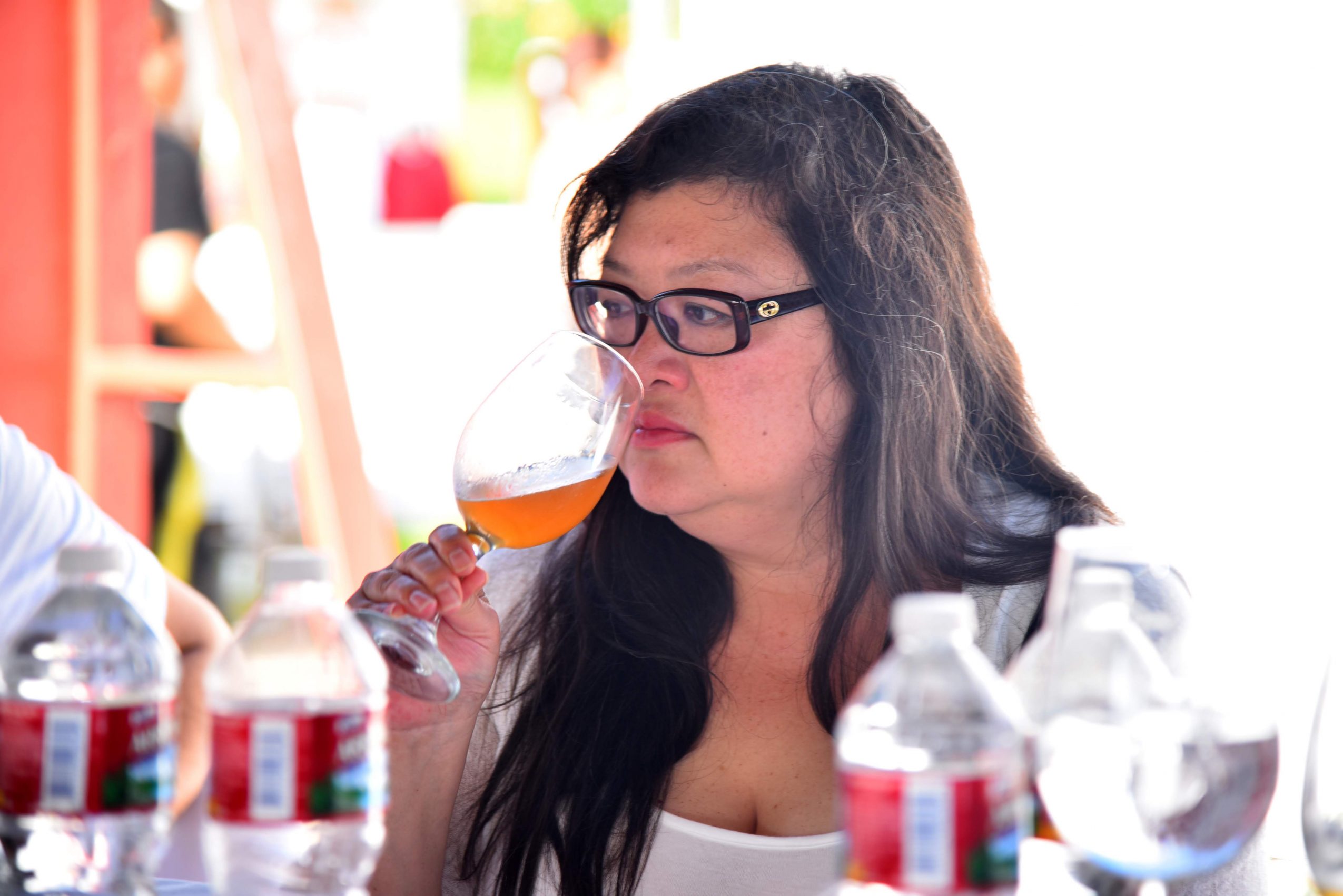