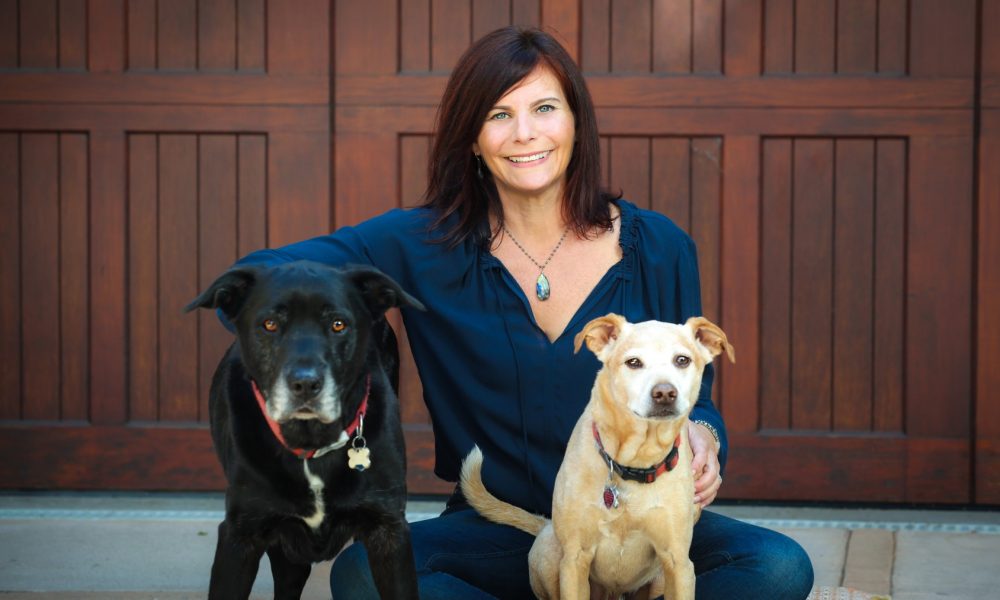 Today we’d like to introduce you to Diane Rose-Solomon.

Thanks for sharing your story with us Diane. So, let’s start at the beginning and we can move on from there.
Twenty-five years ago, we accidentally adopted a puppy that set in motion a whole chain of events that got me to where I am today. Back then, I knew nothing about dog adoption. Most people didn’t. But I fell in love with this dog and he changed my life. I ended up doing volunteer work for a small rescue organization and joined their board of directors. It was there that I learned that between 12 million and 16 million healthy adoptable animals were being euthanized in the shelters each year. It broke my heart and I knew that I wanted to be a part of the solution.

I stumbled upon a program at the Humane Society of the United States (HSUS) and became a Certified Humane Education Specialist in 2009. I also began writing children’s books about animal rescue in 2010, and then ultimately a non-fiction title called What to Expect When Adopting a Dog in 2016. I never had any dreams of being an author- it just happened.

In 2014, however, while promoting my children’s books, I was at a conference called Blog Paws. It was for people that blog about animals (which I did and still do.) The keynote speaker was from the Human-Animal Bond Research Institute (HABRI), and they were sharing some of the science behind the human-animal bond and the ways animals help people, and it blew me away. I thought: What if more people knew how awesome animals are, maybe we would treat them better and they would get the respect they deserve. As I got more involved I realized how many people that are having challenges that could be helped.

I also realized that I had been directly impacted by what they were talking about. Specifically, I was hospitalized with pneumonia in 2009 and I got a visit from a therapy dog. I had no idea that dogs visiting patients in hospitals was even a thing. I also recalled middle school when I was bullied. My cat was always there for me after school and was my confidant. Then JJ, the dog we had rescued was my companion when I moved to LA and ultimately the muse for my books about animal rescue.

After I heard from HABRI, I was excitedly speaking with a colleague who runs an LA-based organization called k9 connection. k9 connection pair at-risk teens with shelter dogs and the kids train the dogs to help them become more adoptable. What happens is that the kids really blossom during the program. It’s these kinds of magical programs and experiences that get me excited. Anyway, I was going on and on about what I had learned from HABRI at the conference and she said: “You should make a documentary film”.

Oh dear, I thought. I just learned how to make books. Now I have to learn how to make movies?

Well, that same week I got invited to attend a social impact film festival in LA and that set this next project into motion. I have a bunch of friends and acquaintances in the film industry and my husband works in post-production and I started speaking with people to try and figure out next steps. The project got shelved for a couple of years for a variety of reasons and then in 2018 I was invited to join a filmmaking course that primarily focuses on film self-distribution and that got me back on track.

That summer, I had meetings with two unrelated colleagues who both questioned my intention to make a feature film given the cost and my lack of experience. They both suggested that I make mini-documentaries to get my feet wet. That was great advice and as I was thinking about the stories I wanted to tell, I realized that some of the stories weren’t necessarily feature-length film stories but they had merit and needed to be told.

So last spring, Animal Magic Films came to life. I called a few people that I knew and found a camera person and in May I began filming. It’s been a lot of fun and the plan is to release a new mini-documentary every couple of months. Hopefully, people will like and share the films and learn about some cool ways that animals help people that could benefit them or people that they love. Ultimately this whole project will serve animals as well and we’ll witness just how awesome they are.

While I was prepping for the mini-documentaries, a story came to me that needed to be in the feature and so I started filming that, though the feature will move slowly until proper financing is in place.

Many hospitals in the US have therapy animal programs; schools and senior facilities bring in therapy animals and there are wonderful equine therapy programs too, but it’s not universal and it’s barely happening in other countries. And getting a service dog has its own set of restrictions and costs which is unfortunate for the people who could benefit. Long term, I would love to see every person that can benefit from any animal-assisted therapies, including service animals and even pets, to have access.

I know that people are busy so we’re keeping the mini-docs short- like 3 minutes or so. The plan right now is that they will all be available online. This way more people can watch the films. The first mini-doc was filmed at LAX airport. It was just released on my website and on social media.  It was a lot of fun to make and I hope people enjoy the films and come back and watch the rest of the series over the coming months and years.

Overall, has it been relatively smooth? If not, what were some of the struggles along the way?
Not at all. I’ve had an entrepreneurial spirit for years and nothing I did in the past really took off. Looking at the big picture, it’s probably a blessing because I wouldn’t be doing what I am today which I believe will have the most impact (and is the most fun).

My biggest struggle is wanting to have a big impact, like right now, but it’s a process. So I’ve had to learn patience. (I’m still learning.) When I shelved the film idea in 2016, I was releasing What to Expect When Adopting a Dog and also being a wife and mom to human and fur children. It was just too much so the films had to take a back seat. Again, it was about learning patience and also learning that everything comes in its right time and to trust the process.

Please tell us about Animal Magic Films.
I have been writing books about animal rescue since 2009. After my first book, JJ The American Street Dog and How He Came to Live in Our House was published, I was doing author visits at schools. I became known as the go-to person among my friends and acquaintances for dog-related questions. We had been adopting and training dogs of all ages for years and it amounted to a fair amount of experience. So I wrote the children’s book series and then What to Expect When Adopting a Dog. I just had too much information in my head that I was sharing with friends and it needed to be available to a wider audience.

To me there’s a connection between my original passion for animal rescue and now the human-animal bond. The human-animal bond work kind of explains why we care about animals in the first place. We’re just all connected which we are learning more and more every day. The new project with Animal Magic Films is exciting because even though there are plenty of organizations creating wonderful videos to showcase their work, there isn’t a comprehensive film about the human-animal bond like the feature and docuseries that I’m making.

I’m really touched by how excited everyone has been to participate in this film project. It has great energy to it and has attracted quality people.

Any shoutouts? Who else deserves credit in this story – who has played a meaningful role?
I’ve had a few mentors and cheerleaders along the way and none of this can happen without them. It’s funny- when I first started writing my blog years ago, I had no idea how it came across. My friend, Andrea, wrote me a wonderful note praising my work, and it was just the juice I needed to write more. Also my friend, Jebb, who is constantly lifting me up with kind words of encouragement.

I belong to a women’s group and between the leader, Beca Lewis, and the other members, I am constantly held and loved and supported. It’s amazing to have that sisterhood.

One of my mentors, Shawna Schuh, is just a rock star. She founded an organization called Women in the Pet Industry Network and has been a leader and coach for years. My friend, Barbara Glazer is a leader in the film industry and she has been super supportive of me and this project since its inception. And I’m grateful for my husband, Andy, and parents who have all been loving and supportive through the good and not so good. I also went back to get my master’s degree in Social Entrepreneurship and Change in 2018 and will graduate in May 2020. My professors and cohort have been amazing and I’ve learned more from them than possibly anyone, ever. The list goes on and on and on by people I’m inspired by, like Megan Moon who founded the Humane Education Coalition as well as everyone who makes a difference to animals and people.

And I really couldn’t do any of it without my teammate, Mandy, who does all of the stuff I just don’t have the head to do and she does it with grace. 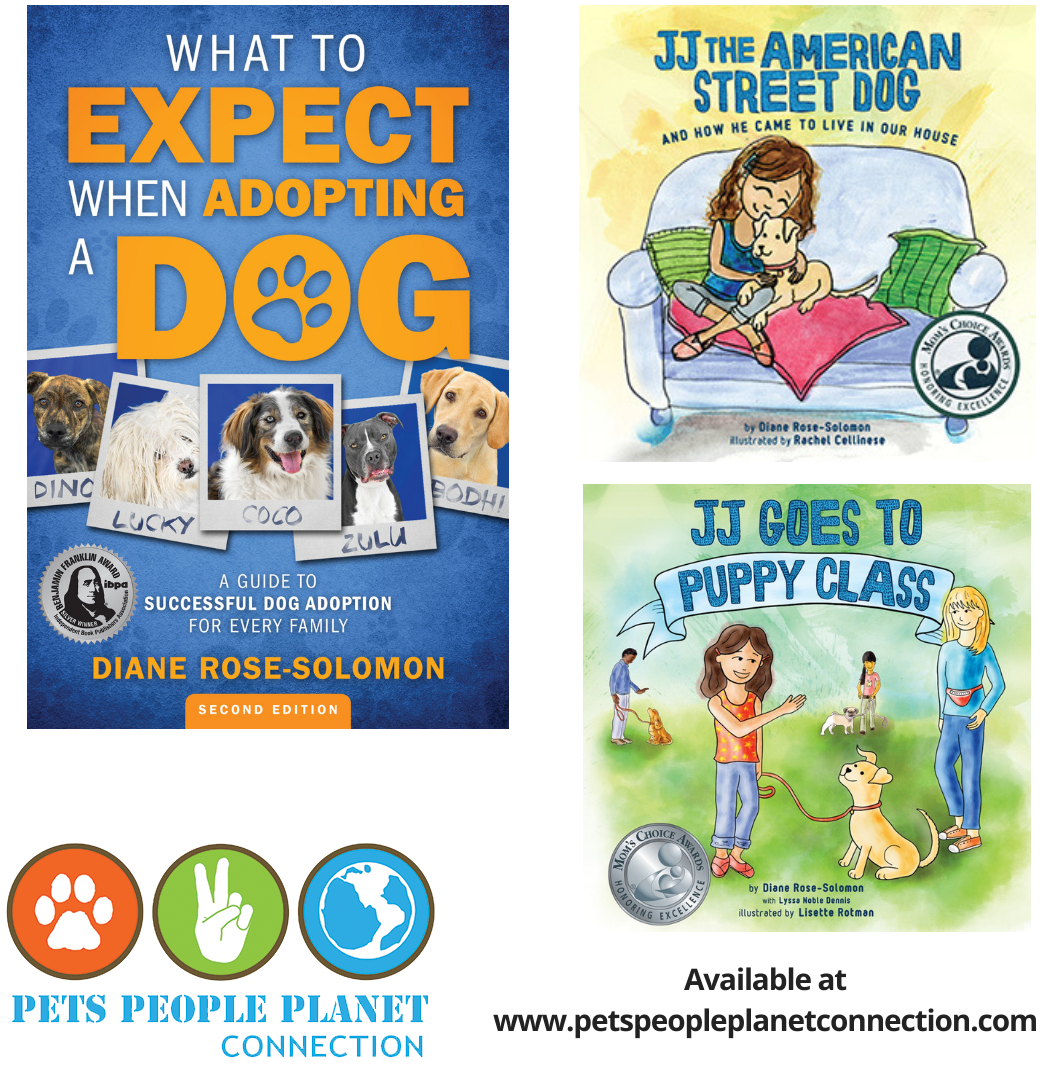 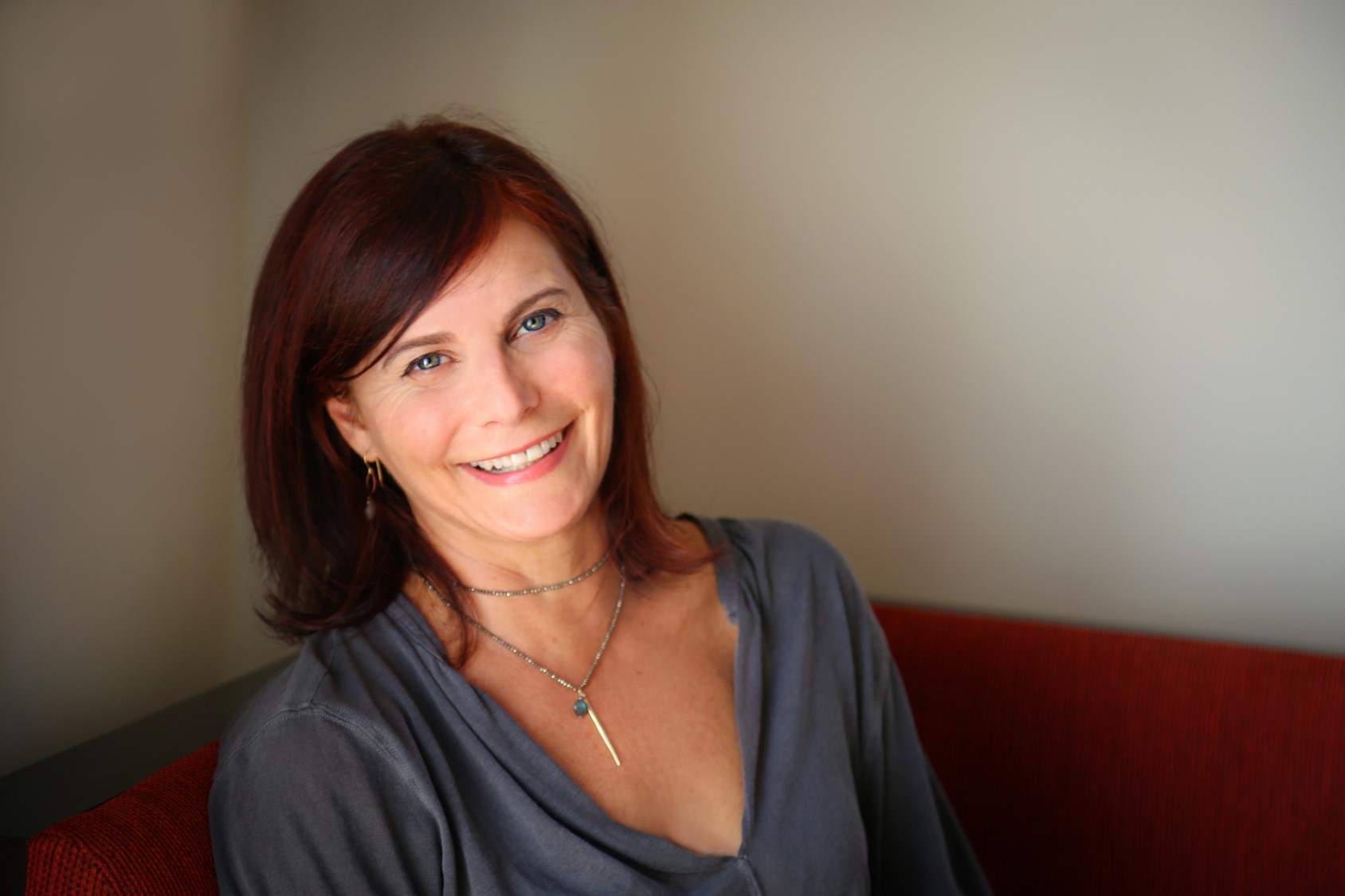 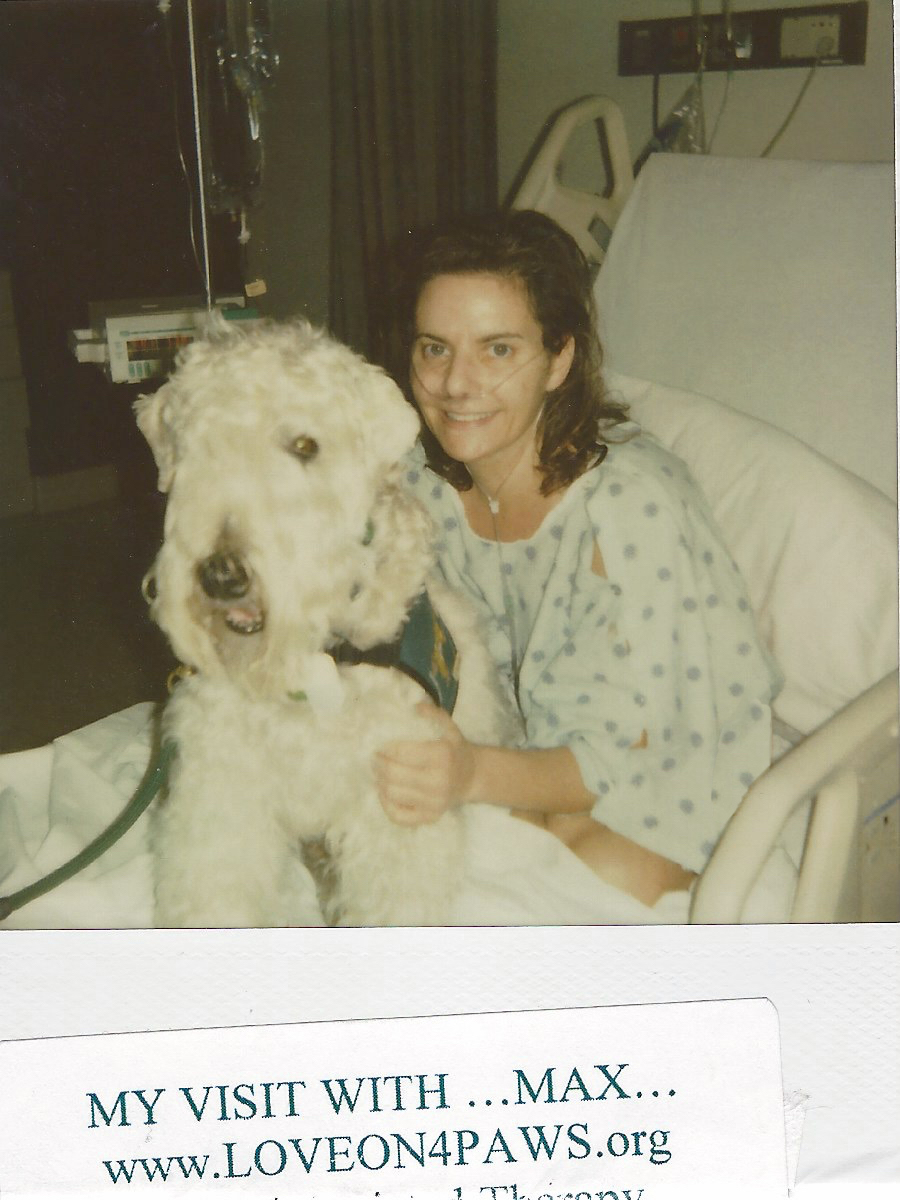 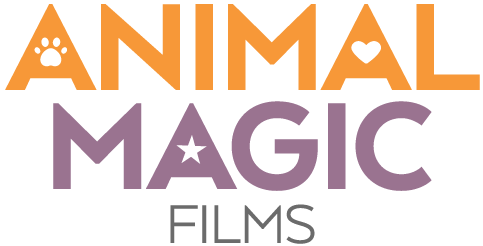 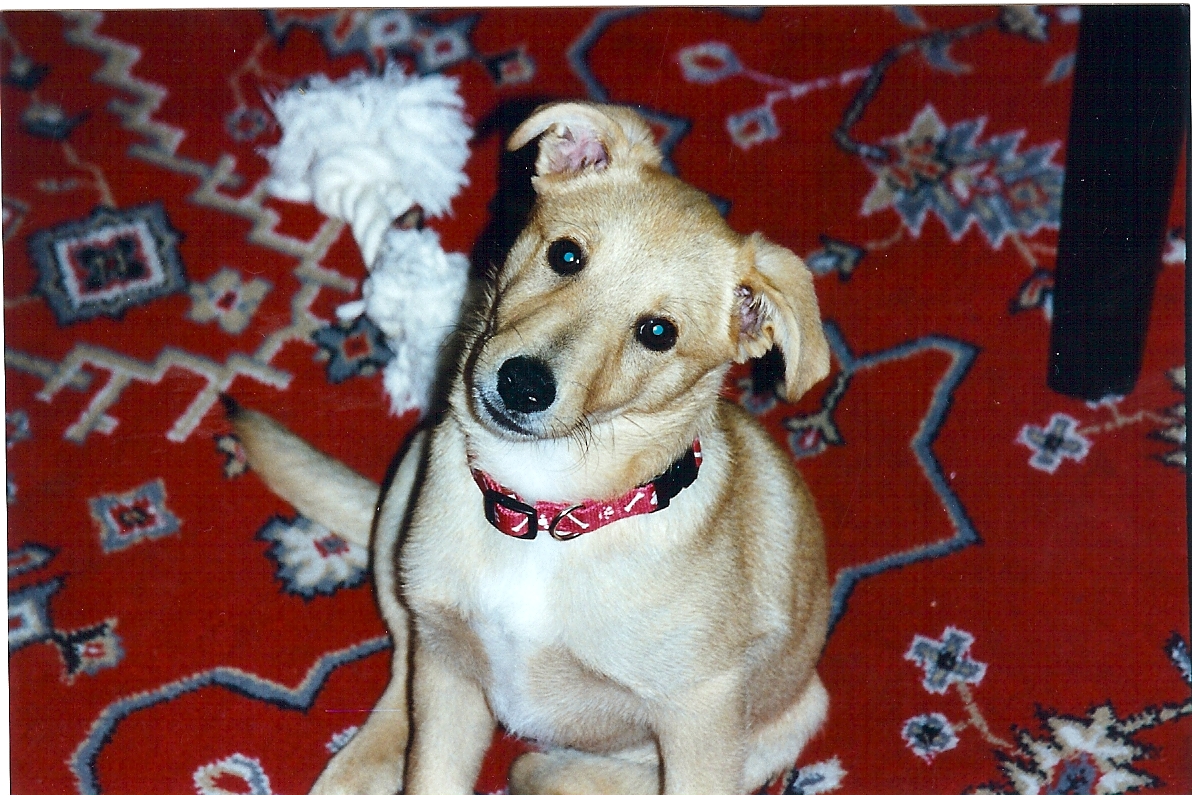 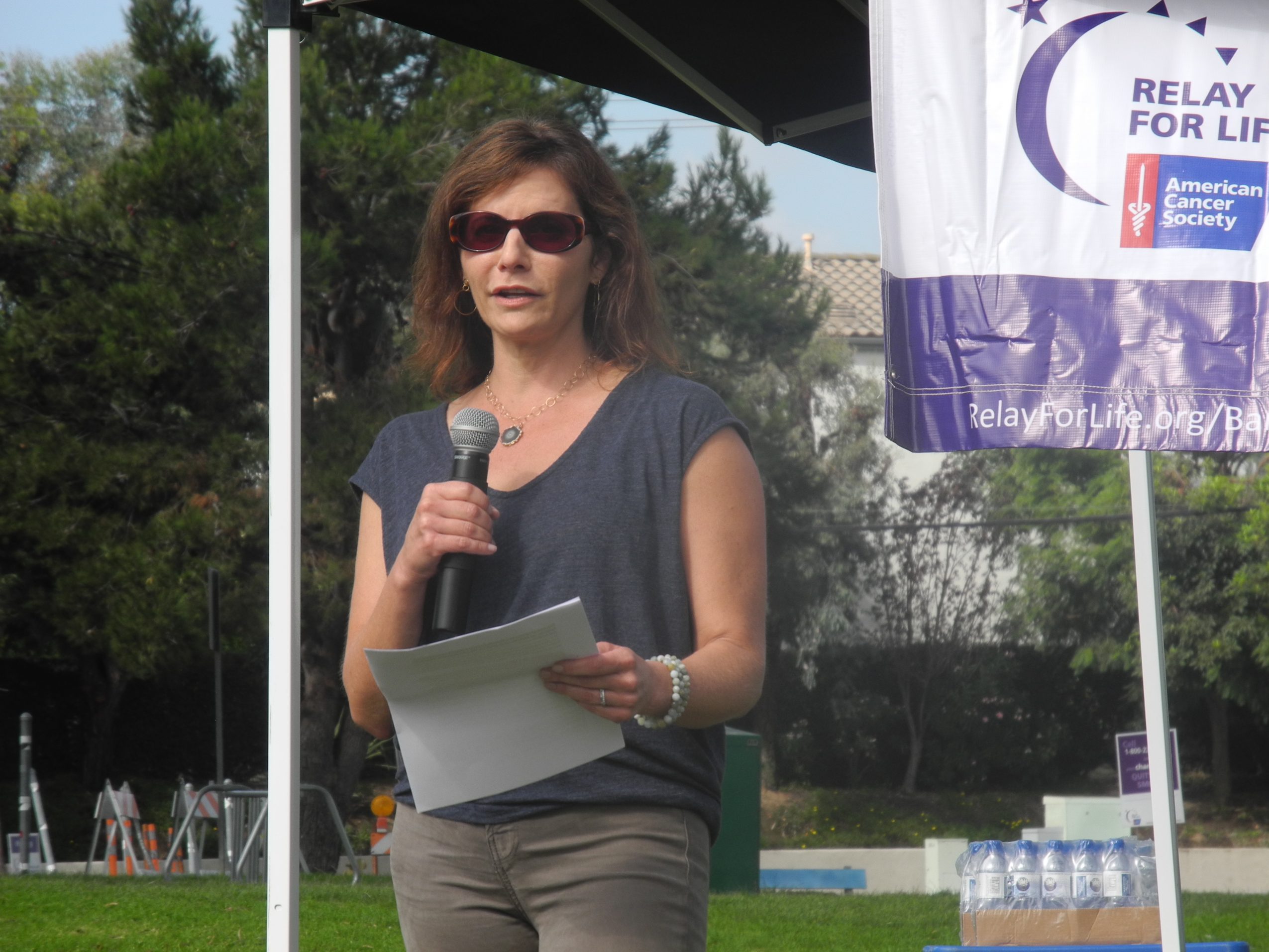